The Richest Oscar Winners From The Last Decade 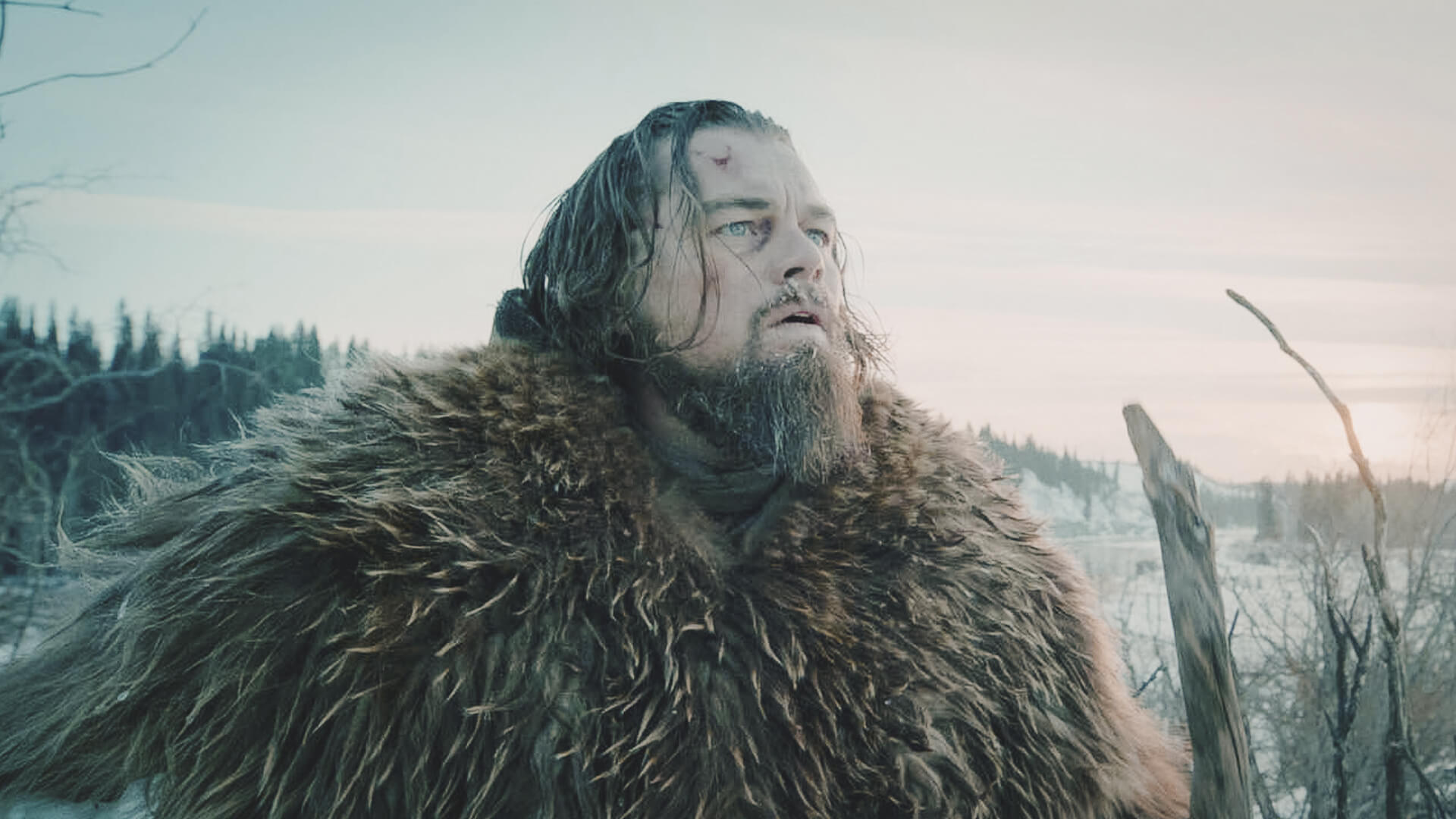 Some of the most powerful actors, directors and producers in Hollywood look forward to showcasing their talents at the annual Academy Awards. One thing that stands true is the power of a nomination for the Academy Awards. In light of that, GOBankingRates has ranked the overall richest winners in the best picture, best director, best actor, best actress, best supporting actor and best supporting actress categories from the past decade.

The richest of the rich are household names who have gained fame through acting, directing or producing but added to their fortunes with business ventures. 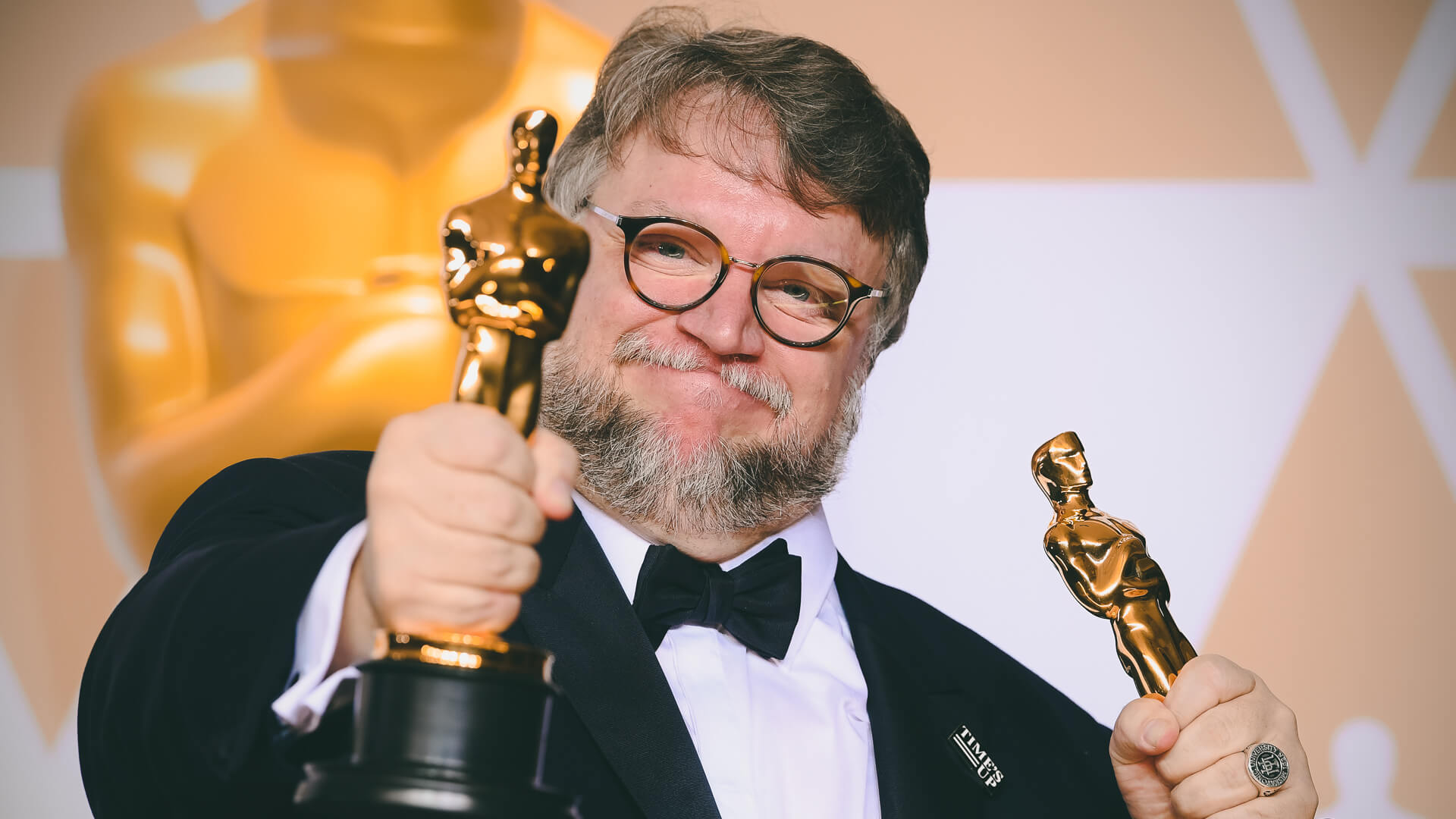 “The Shape of Water” earned director, producer and writer Guillermo del Toro his first two Oscars in 2018. He was previously nominated in 2007 for writing (original screenplay) for “Pan’s Labyrinth.”

Del Toro was recently hired by Netflix to create a new version of “Pinnochio” that’s currently in preproduction. 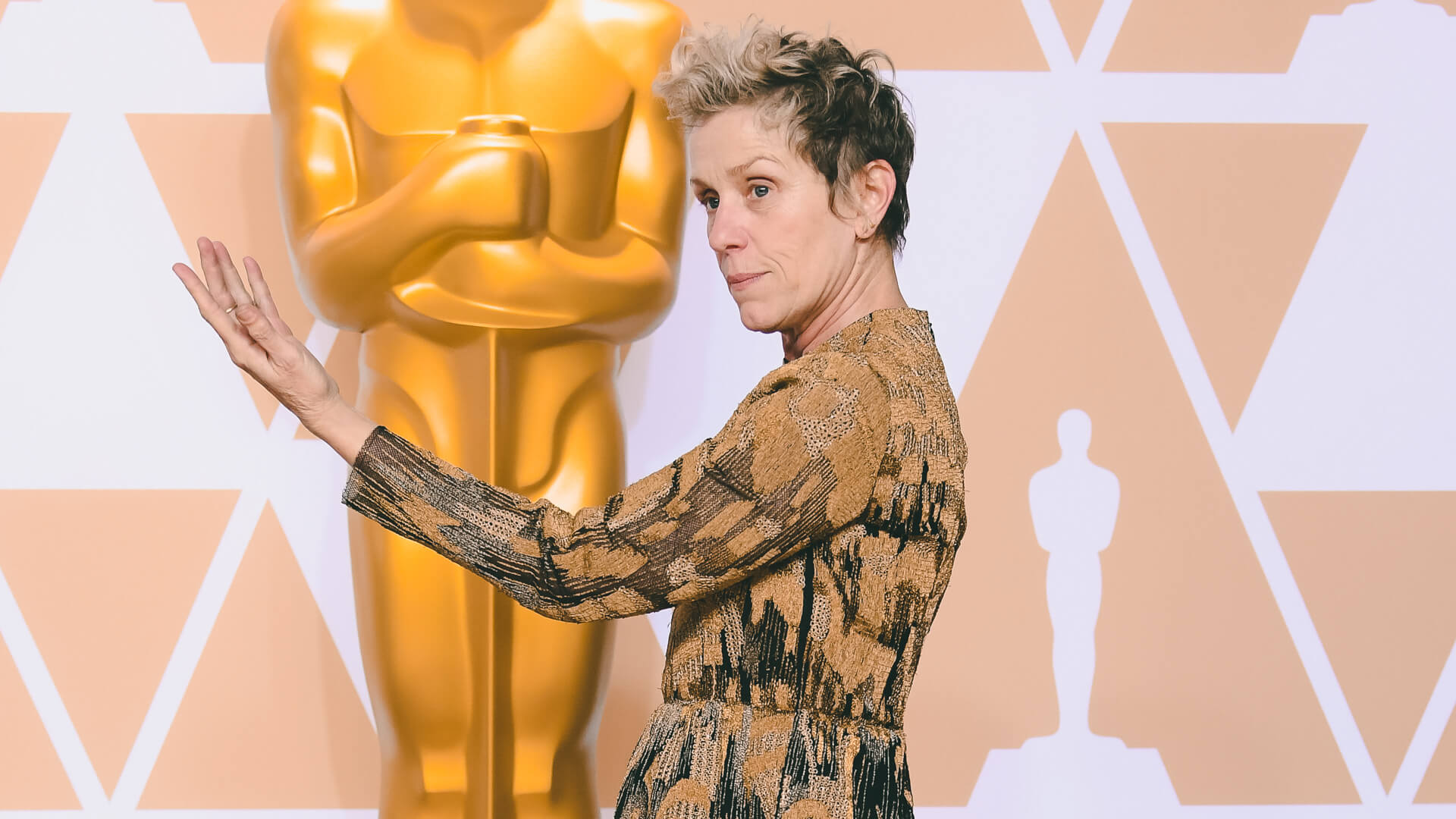 Frances McDormand’s 2018 Oscar marked her sixth nomination and second win. She first won in 1997 for “Fargo.”

McDormand has a number of films in the works including “The French Dispatch,” “Nomadland” and “Macbeth.” 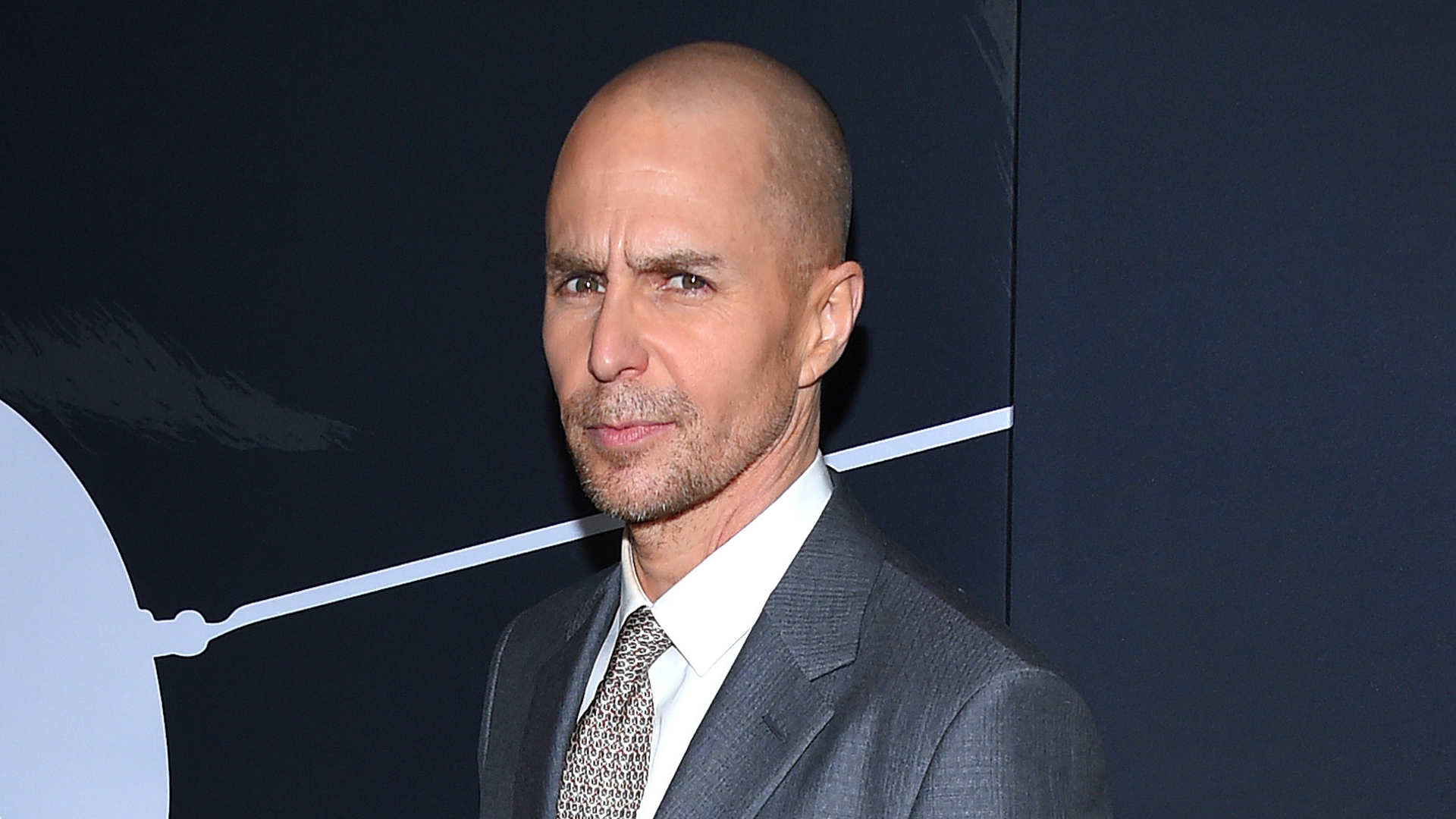 Sam Rockwell also won an acting award for “Three Billboards Outside Ebbing, Missouri.” He was nominated the next year as well for his portrayal of George W. Bush in “Vice.”

Although he didn’t earn a 2020 acting nomination for “Jojo Rabbit,” his film is in the running for best picture. 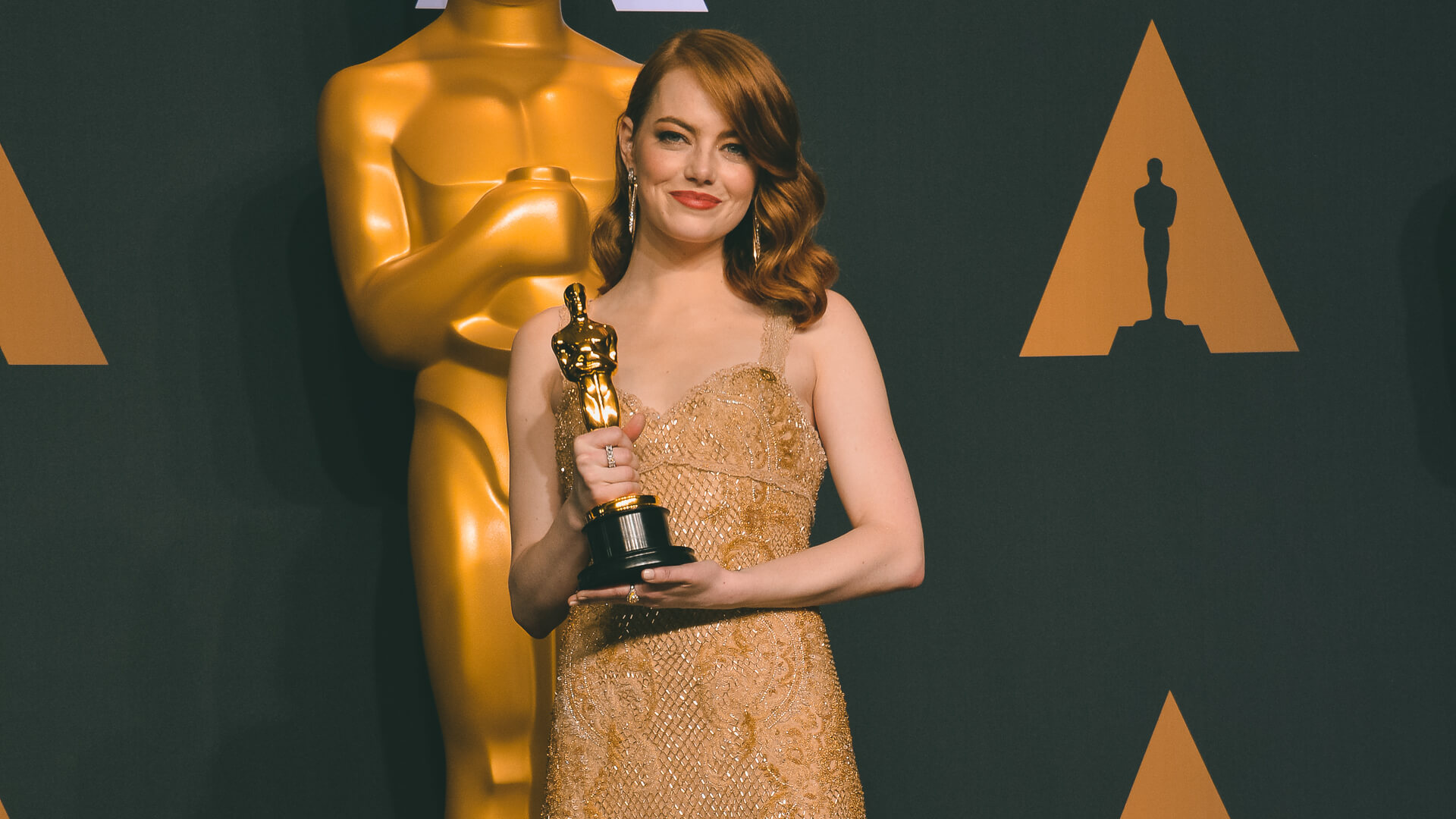 Not only did her portrayal of Mia in “La La Land” earn Emma Stone her first Oscar, but it also landed her at the top of Forbes’ list of the world’s highest-paid actresses in 2017. That year, she earned $26 million over the publication’s 12-month scoring period. 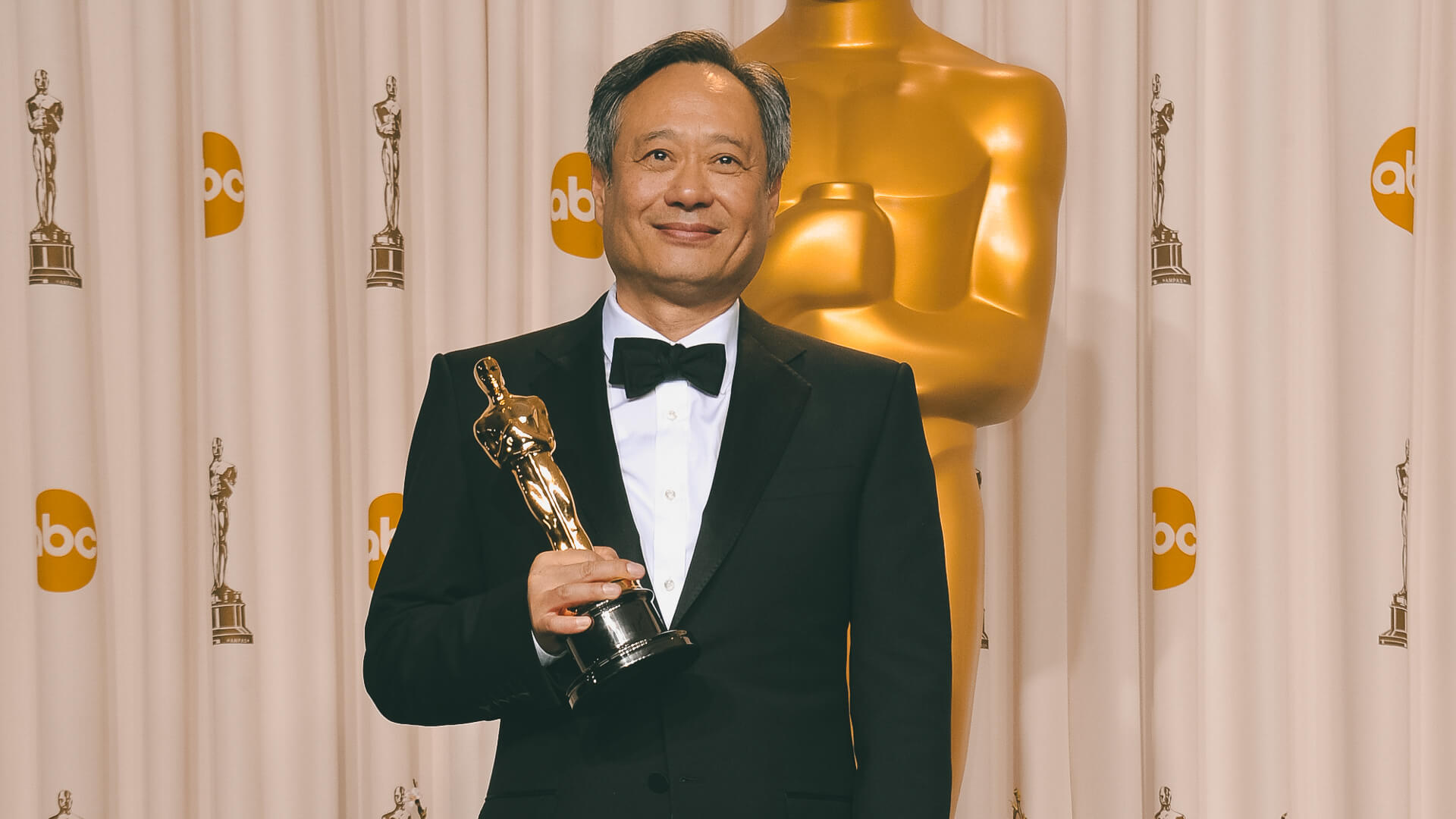 Director and producer Ang Lee won his second directing Oscar in 2013 for “Life of Pi.” He first won for “Brokeback Mountain” in 2006. 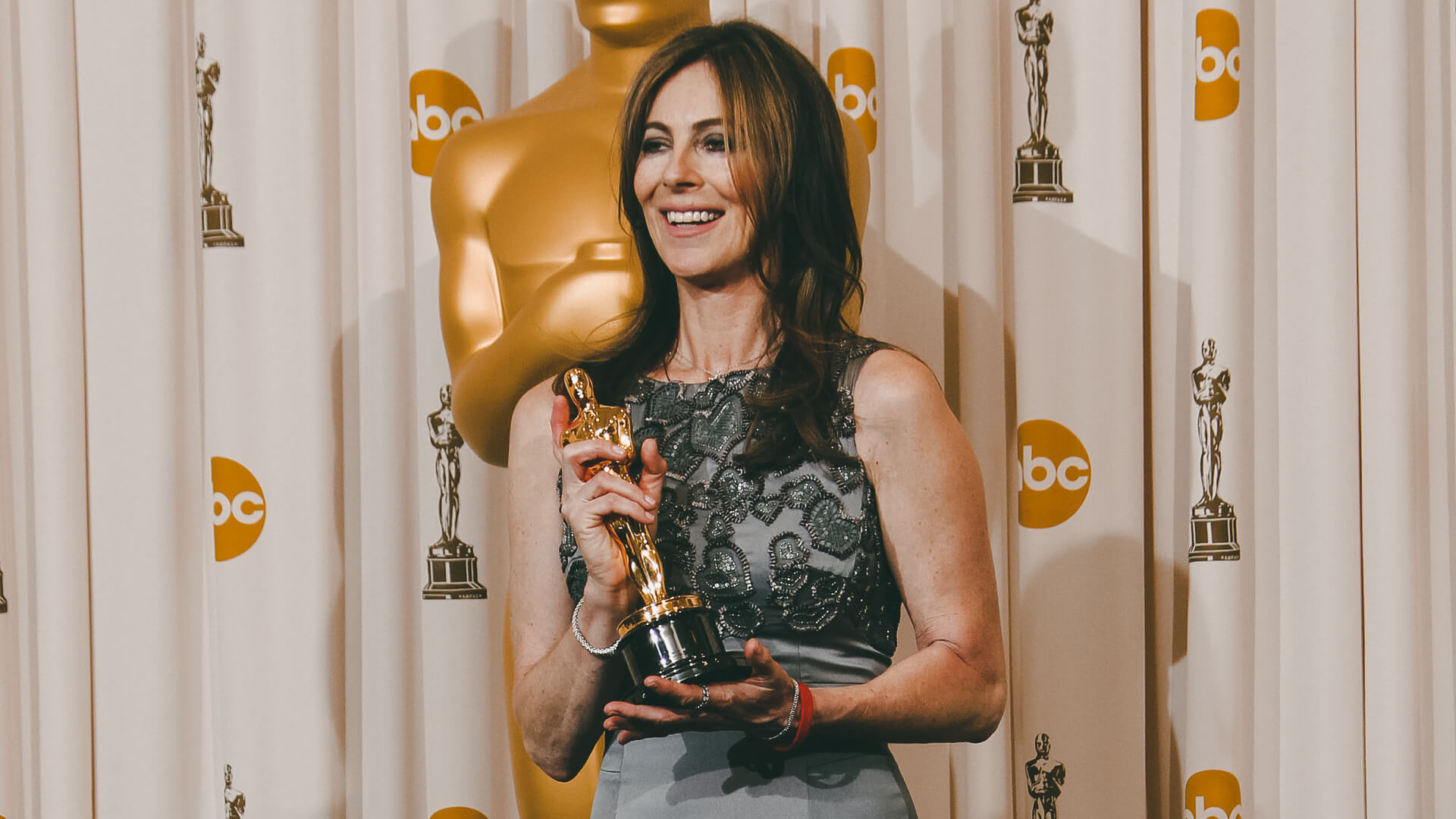 Kathryn Bigelow made history at the 2010 ceremony as the first female director to win an Oscar. She beat out her ex-husband James Cameron for the directing statuette, and also won the best picture award as the producer of the film. Bigelow was nominated for the best picture Oscar again in 2012 for “Zero Dark Thirty.” 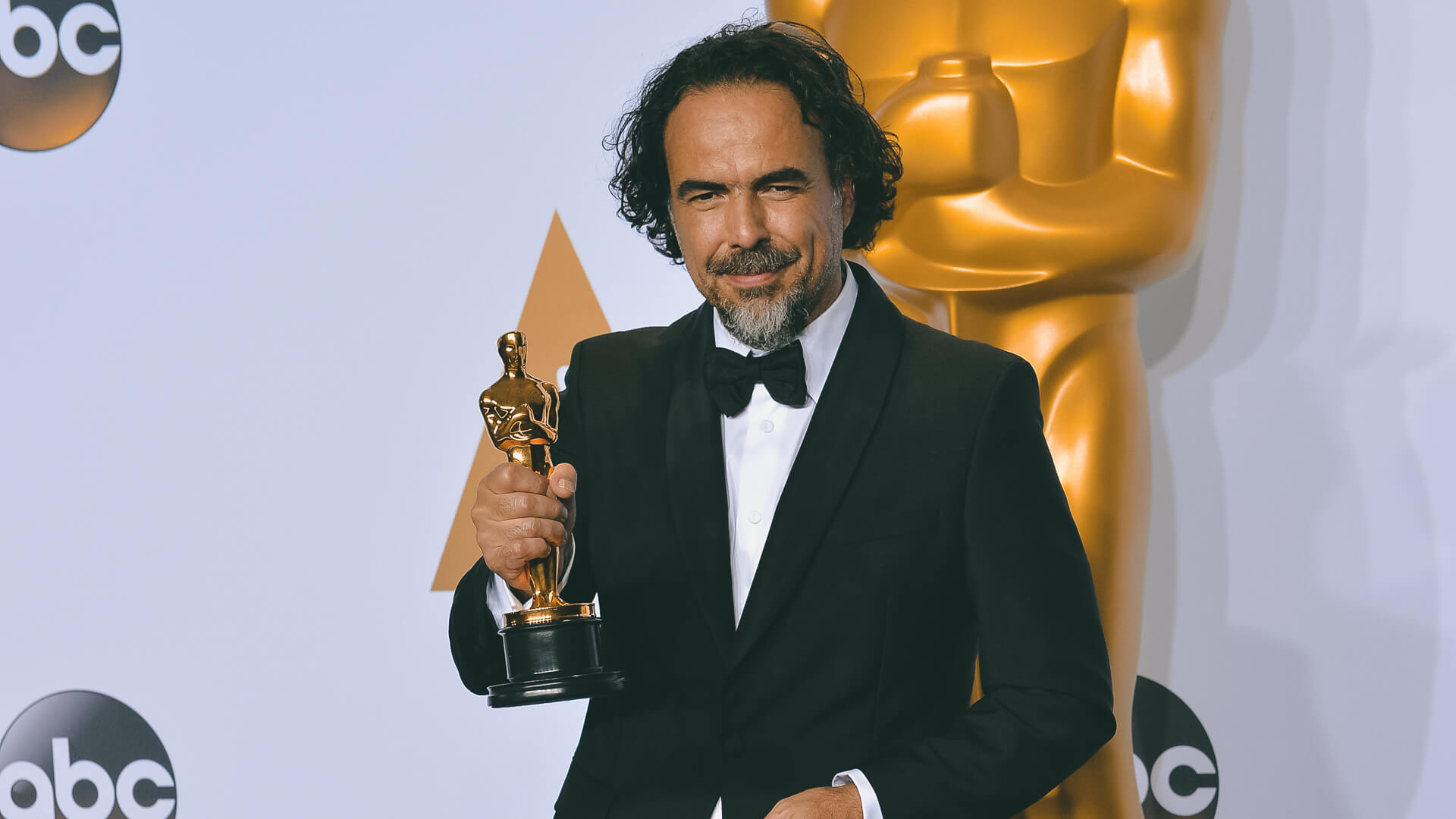 Director, producer and writer Alejandro Inarritu had two big years in a row at the Oscars. In 2015 he won awards for directing, best picture and writing (original screenplay) for “Birdman,” and in 2016 he won the directing award for “The Revenant.” Inarritu also received a special award from the Academy in 2017 for a virtual reality installation he created.

Check Out: Joaquin Phoenix and 19 of the Richest Oscar Nominees Who Never Won an Award 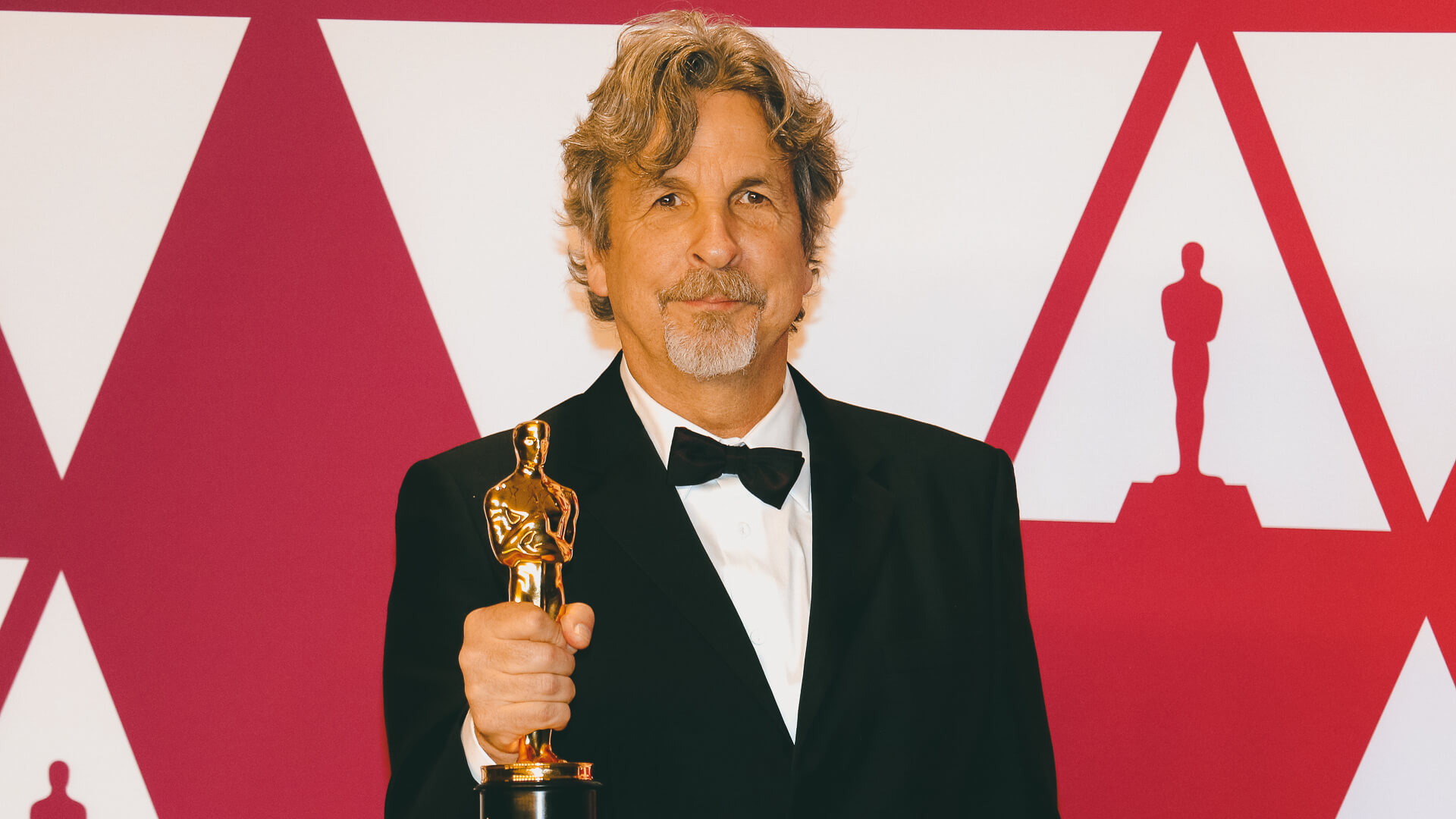 Despite the controversy surrounding the film, “Green Book” won multiple awards at the most recent Oscars ceremony, including for best picture and writing (original screenplay). As one of the film’s producers and writers, Peter Farrelly took home his first two Oscars last year.

Although 2019 was the first year Farrelly became an Oscar winner, the writer, producer and director has a long history in comedy with big hits that include “Dumb and Dumber” and “There’s Something About Mary.” 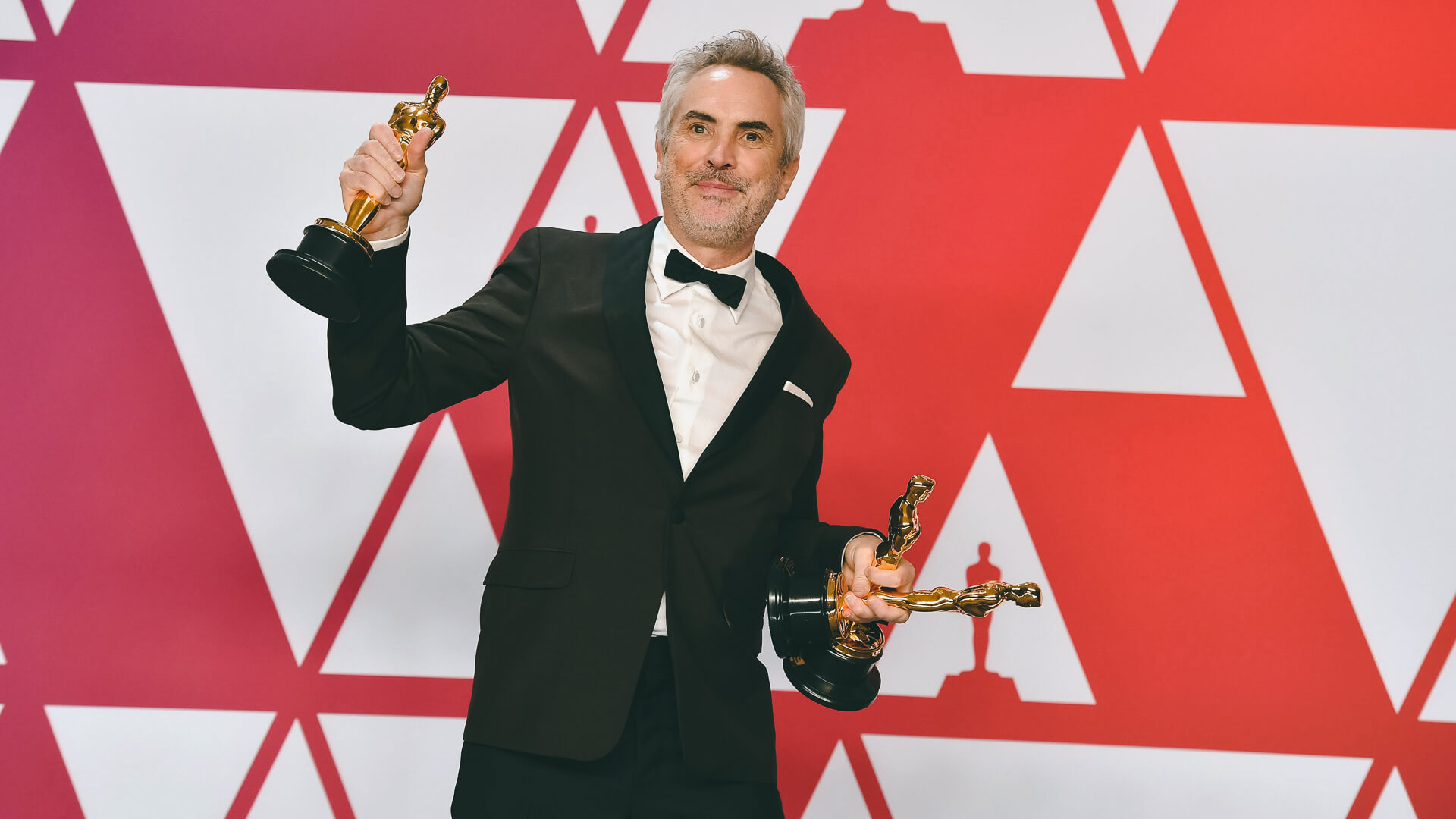 The past decade has been a good one for director, writer and producer Alfonso Cuaron, who won Oscars for directing and film editing for “Gravity” in 2014, and for cinematography and directing for “Roma” in 2019.

In October 2019, Cuaron signed a multiyear deal with Apple TV+ that no doubt added a nice chunk of change to his net worth. 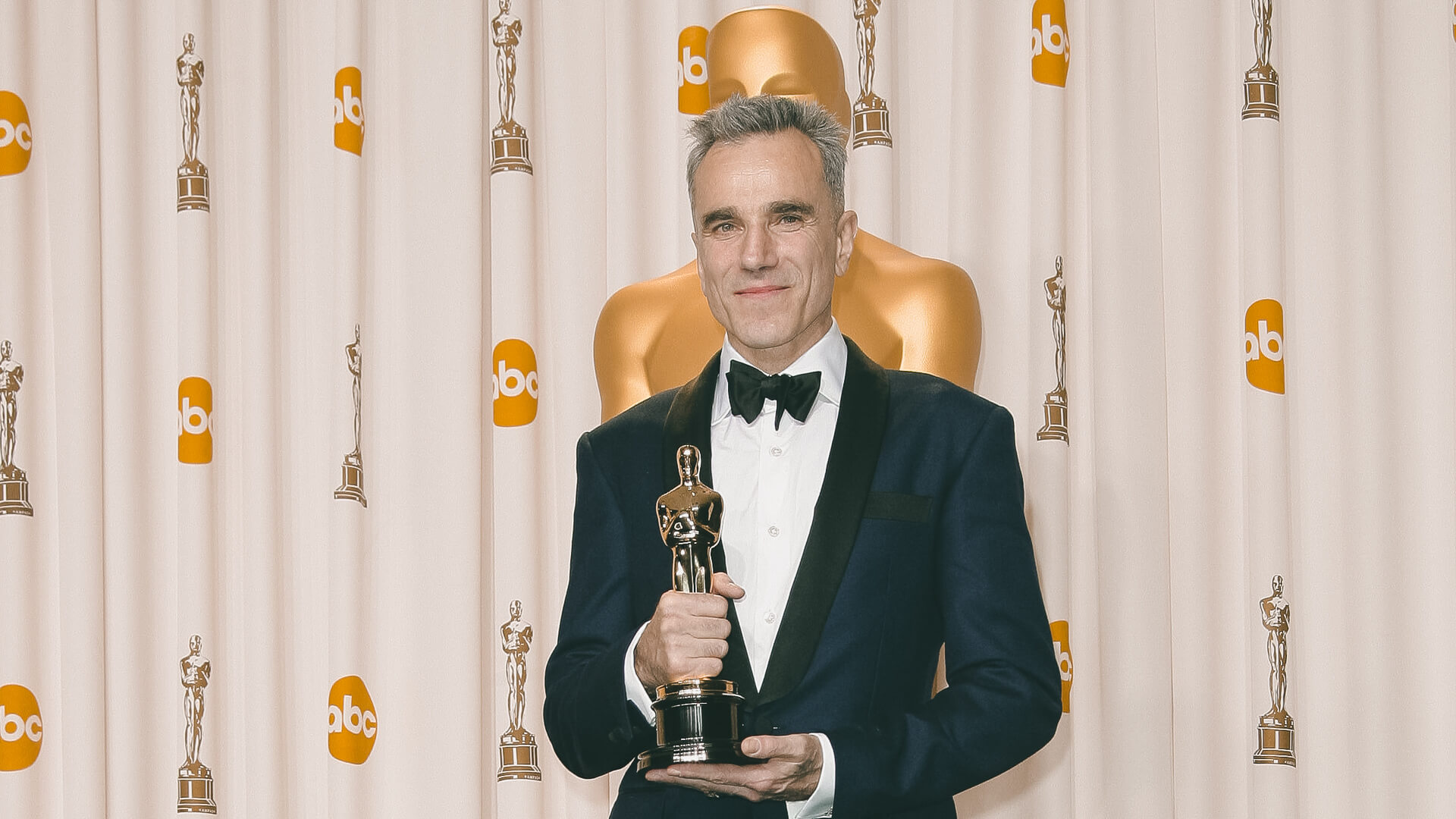 Daniel Day-Lewis has been nominated for six Oscars and won three, most recently in 2013 for “Lincoln.” It will be the final win for the British actor, who announced his retirement from the industry in 2017. 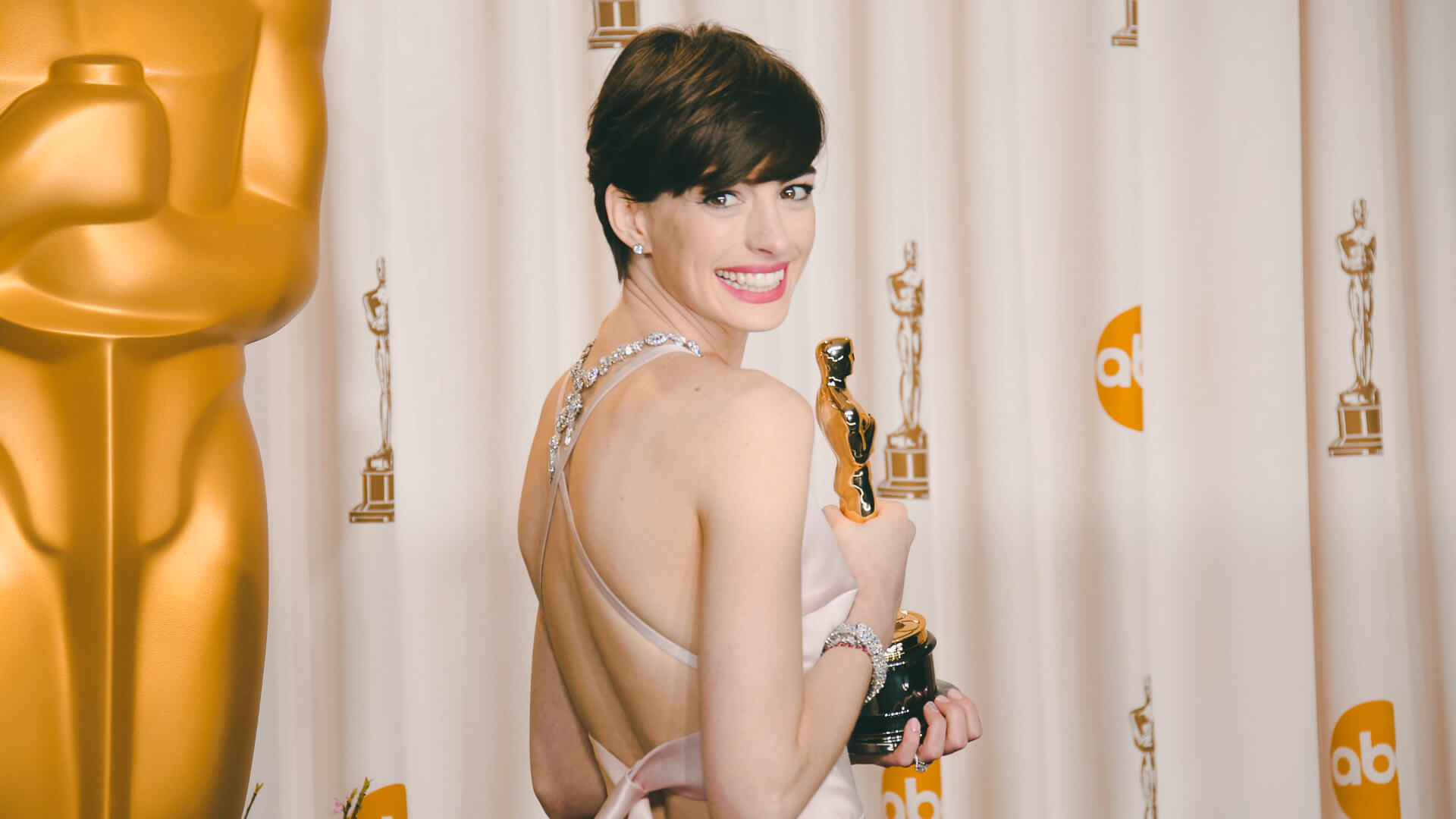 Anne Hathway has come a long way since her first movie, “The Princess Diaries.” The actress scored her first Oscar nomination in 2009 for “Rachel Getting Married” and won her first Oscar in 2013. 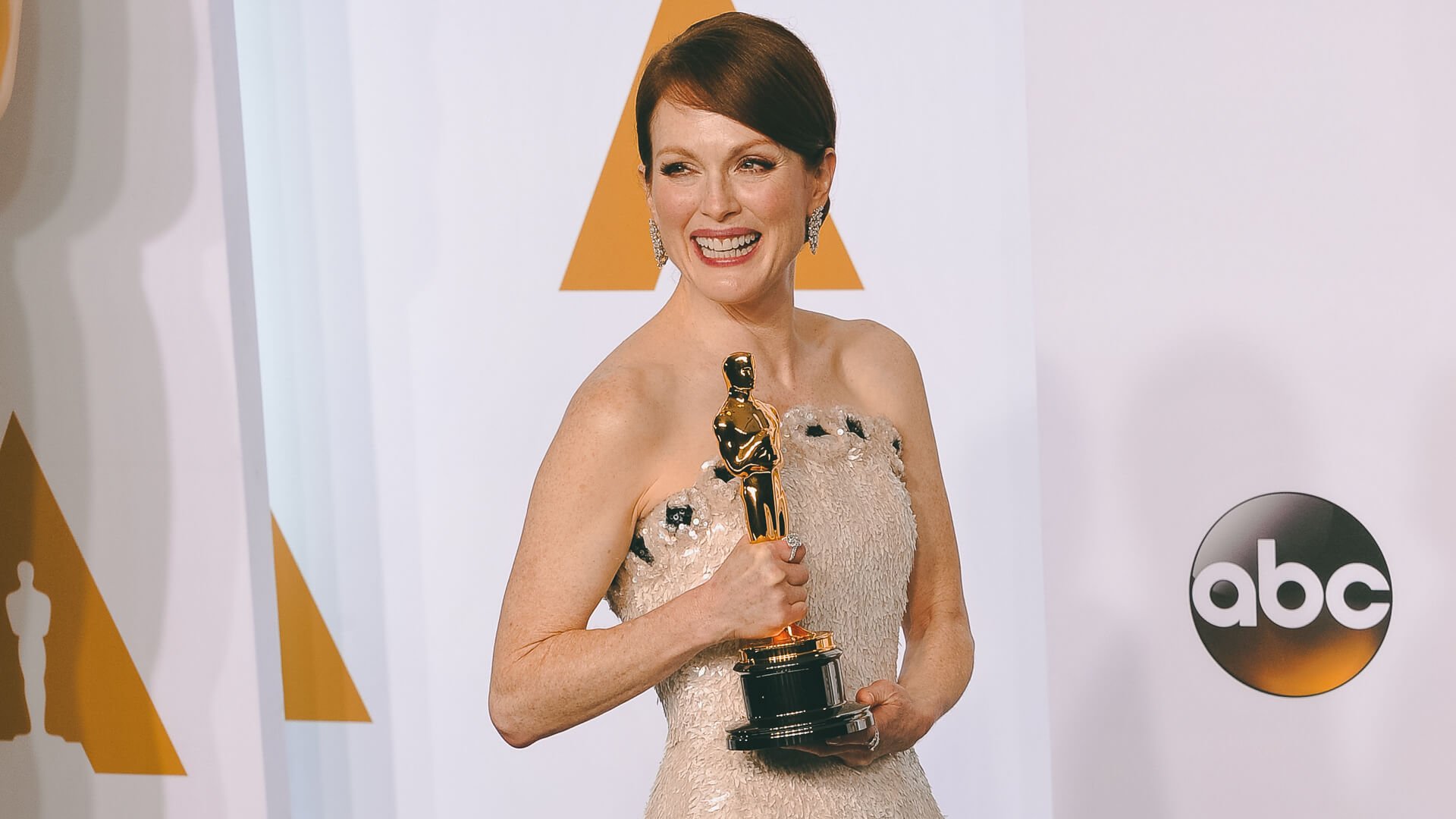 Even though Julianne Moore had been nominated four times before, it wasn’t until 2015 that she won her first Oscar.

Moore has a number of projects in the works, including the upcoming films “The Glorias,” “The Woman in the Window” and “Mothertrucker” as well as the upcoming TV series “Lisey’s Story.” 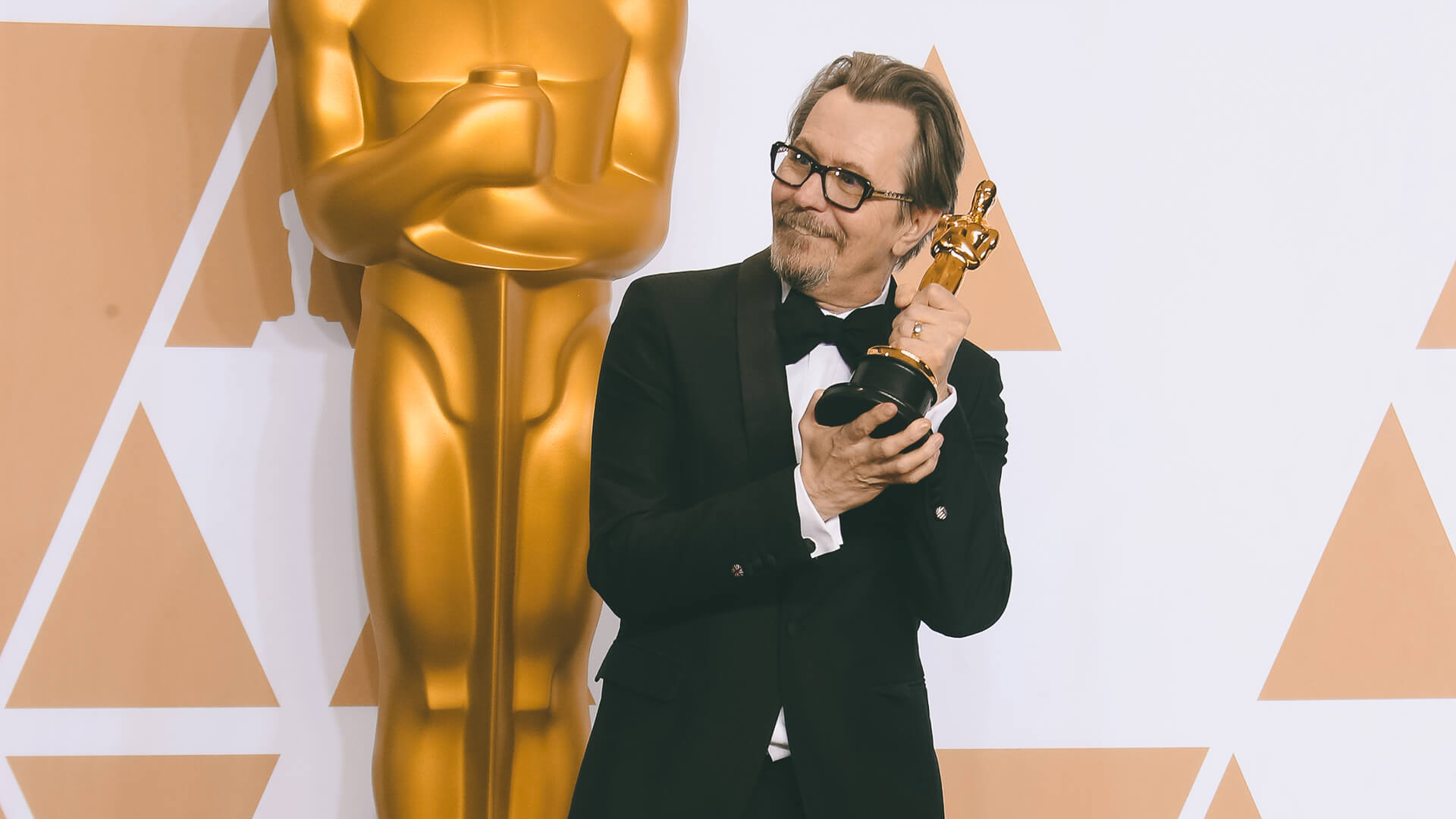 Although he was nominated earlier in the decade for his first Oscar — in 2012 for “Tinker Tailor Soldier Spy” — Gary Oldman didn’t take home his first win until 2018 for his portrayal of Winston Churchill in “Darkest Hour.”

The British character actor has also starred in his fair share of big-budget films, including the “Harry Potter” and “The Dark Knight” franchises. 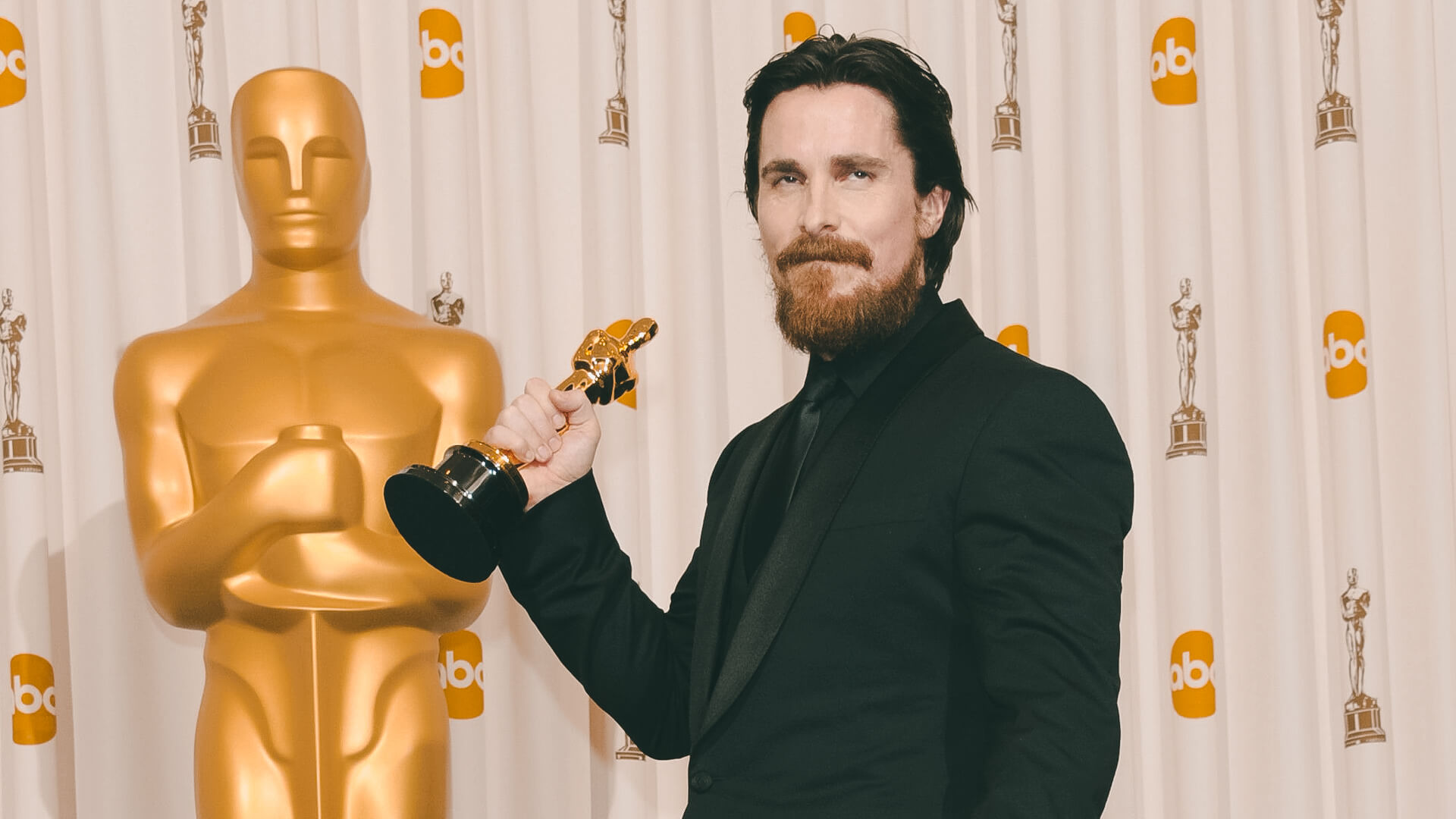 Although his turn as Batman didn’t earn Bale any Oscar nominations, it did earn him some sizeable paychecks. According to The Richest, Bale reportedly earned $54 million to star in the “Dark Knight” trilogy from 2005 to 2012.

Find Out: Here’s What a Grammy and Other Award Statues Are Actually Worth 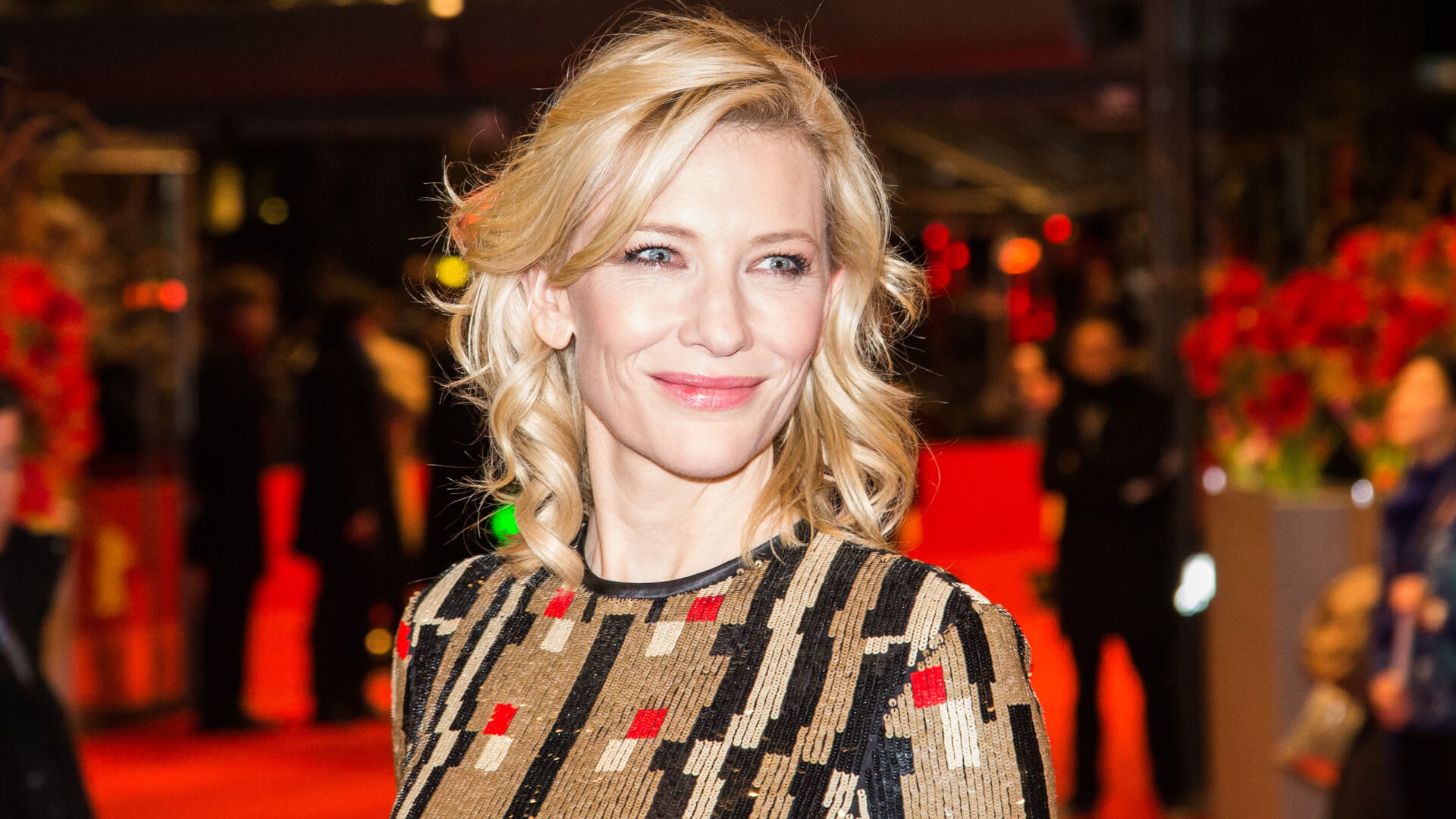 Cate Blanchett was nominated for an Oscar twice in the past decade — for “Blue Jasmine” in 2014 and for “Carol” in 2016. Blanchett won in 2014 nine years after she took home her first Academy Award for “The Aviator.” In addition to her awards-fodder films, the Australian actress pads her net worth by starring in blockbuster movies like “Thor: Ragnarok,” which helped propel her to No. 8 on Forbes’ list of highest-paid actresses of 2017. 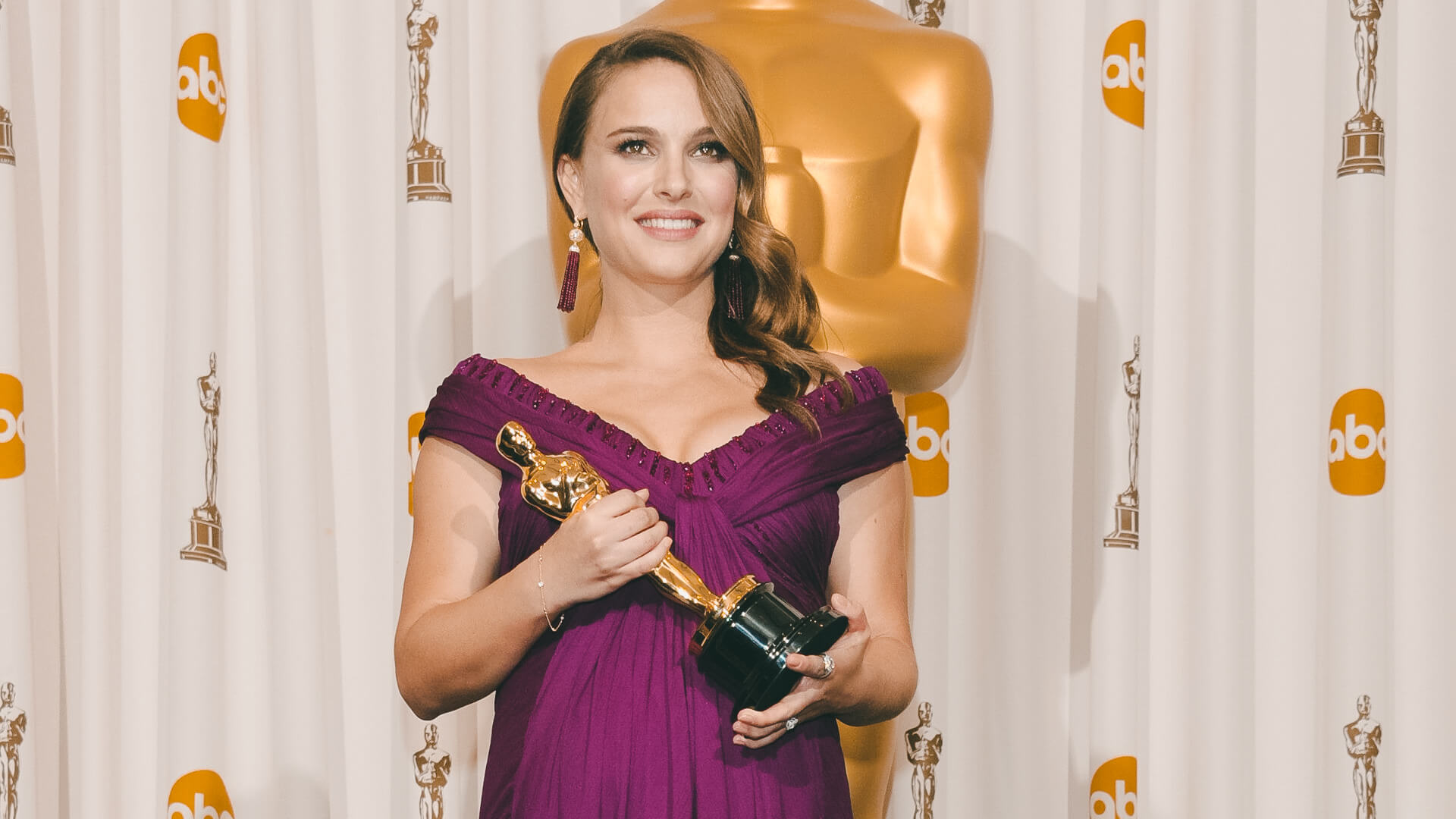 Natalie Portman can thank big-budget movies like the “Thor” films for her high net worth. The big paychecks also allow her flexibility to pursue passion projects, like “Black Swan,” which earned Portman her first Oscar. 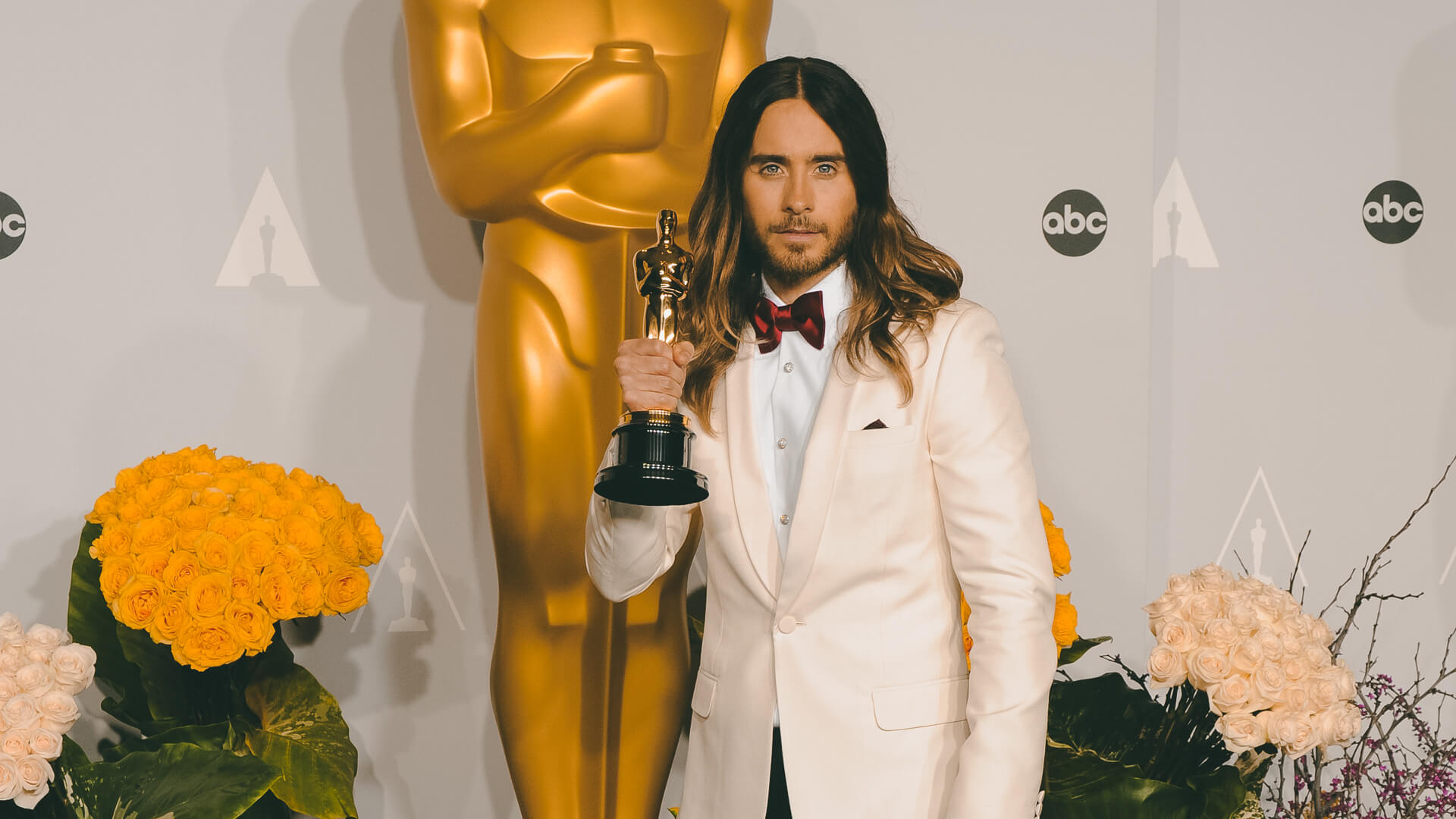 The multitalented Jared Leto has found success as both a musician — as the lead vocalist, guitarist and songwriter for the band Thirty Seconds to Mars — and an actor, starring in a number of big- and small-screen roles throughout his career. The first year he was nominated for an Oscar was 2014, and he ended up winning. 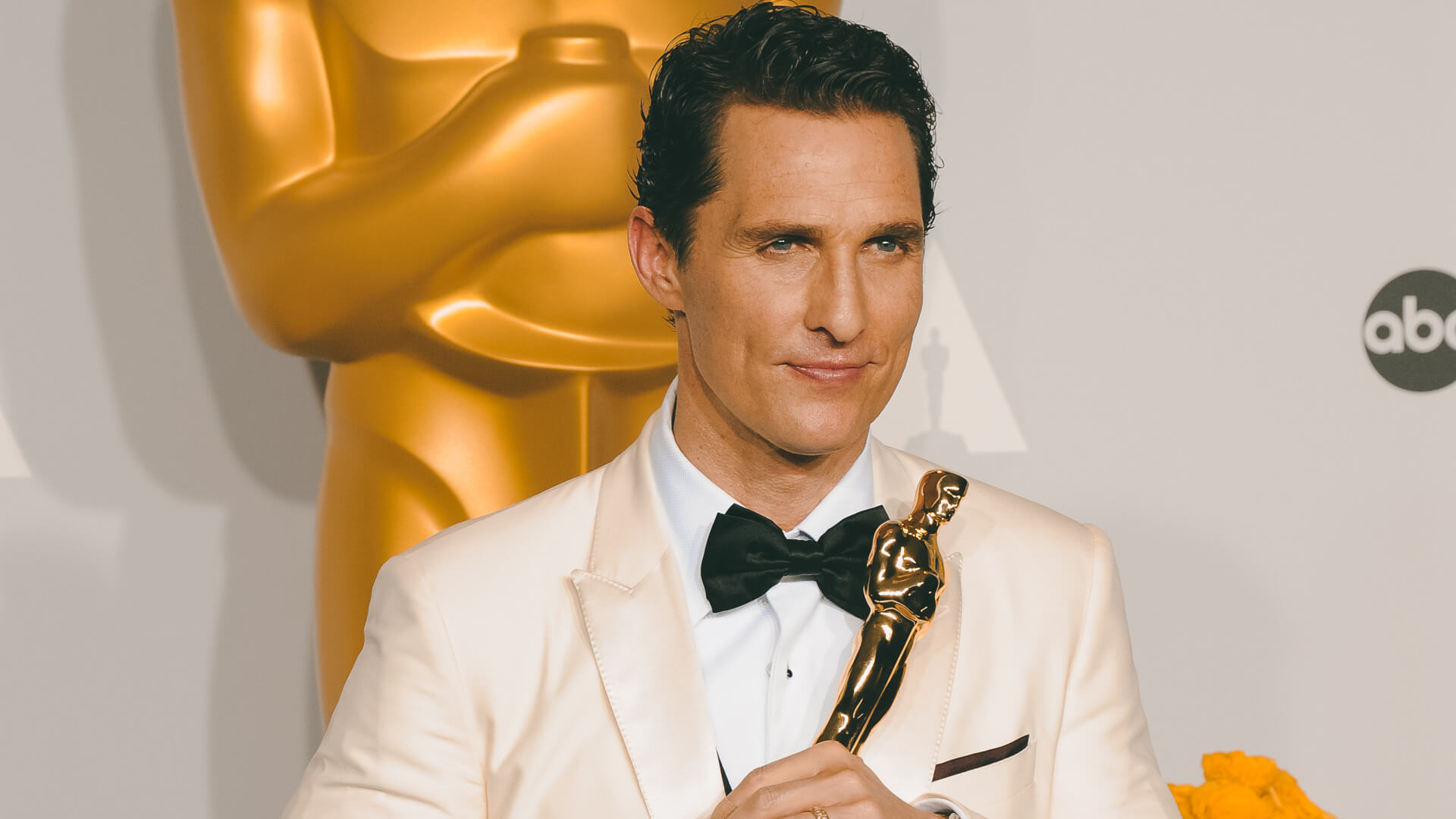 Matthew McConaughey was the king of rom-coms before he took on the role of a man diagnosed with HIV/AIDs for “Dallas Buyers Club,” shocking audiences with his dramatic weight loss transformation. The physical sacrifice he made paid off for McConaughey, who took home his first Oscar in 2014 for the film. 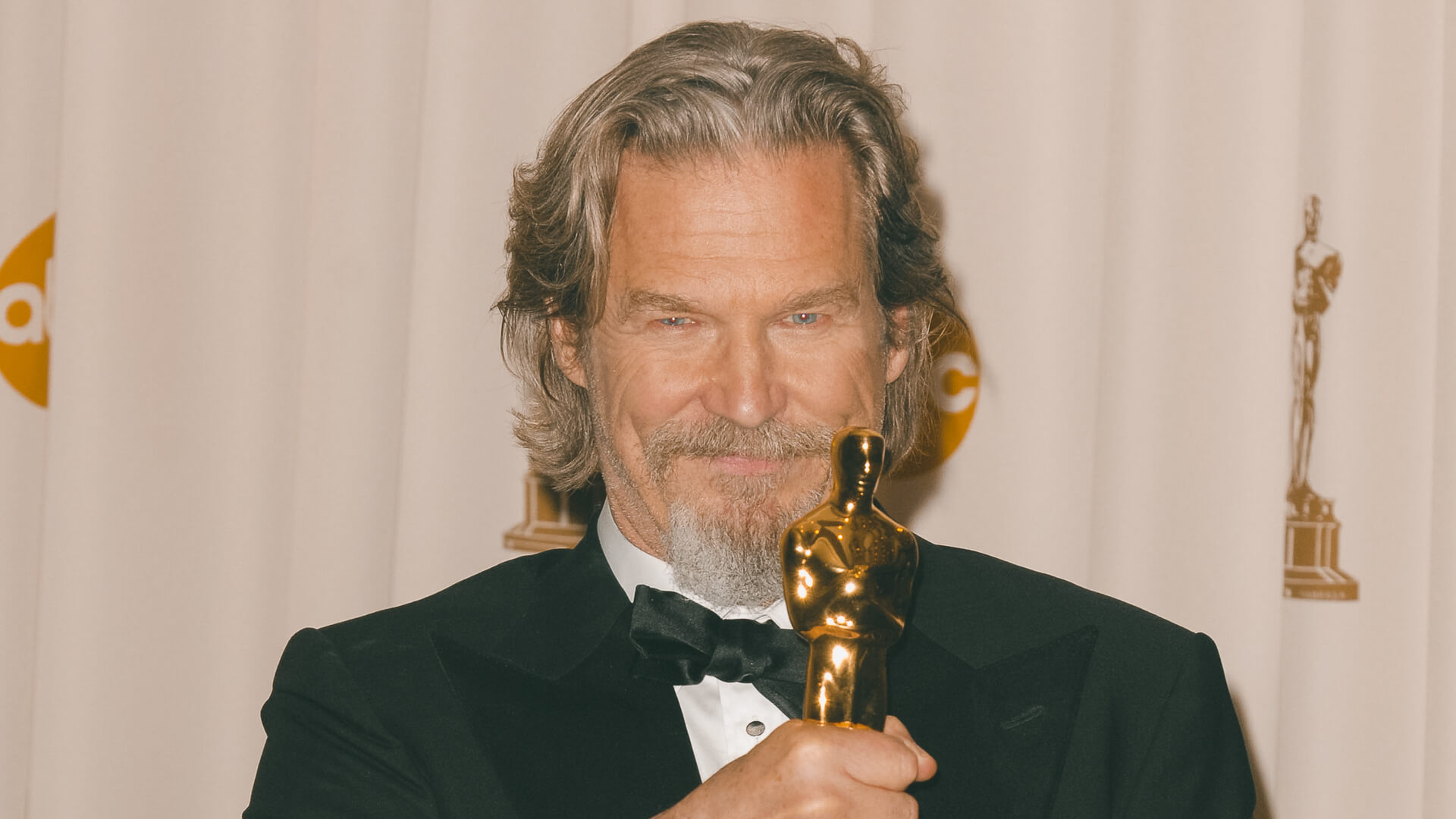 Jeff Bridges scored his first Oscar nomination back in 1972 for “The Last Picture Show,” but it wasn’t until 2010 that he actually won for “Crazy Heart.” He’s been nominated two other times this decade — in 2011 for “True Grit” and in 2017 for “Hell or High Water.” 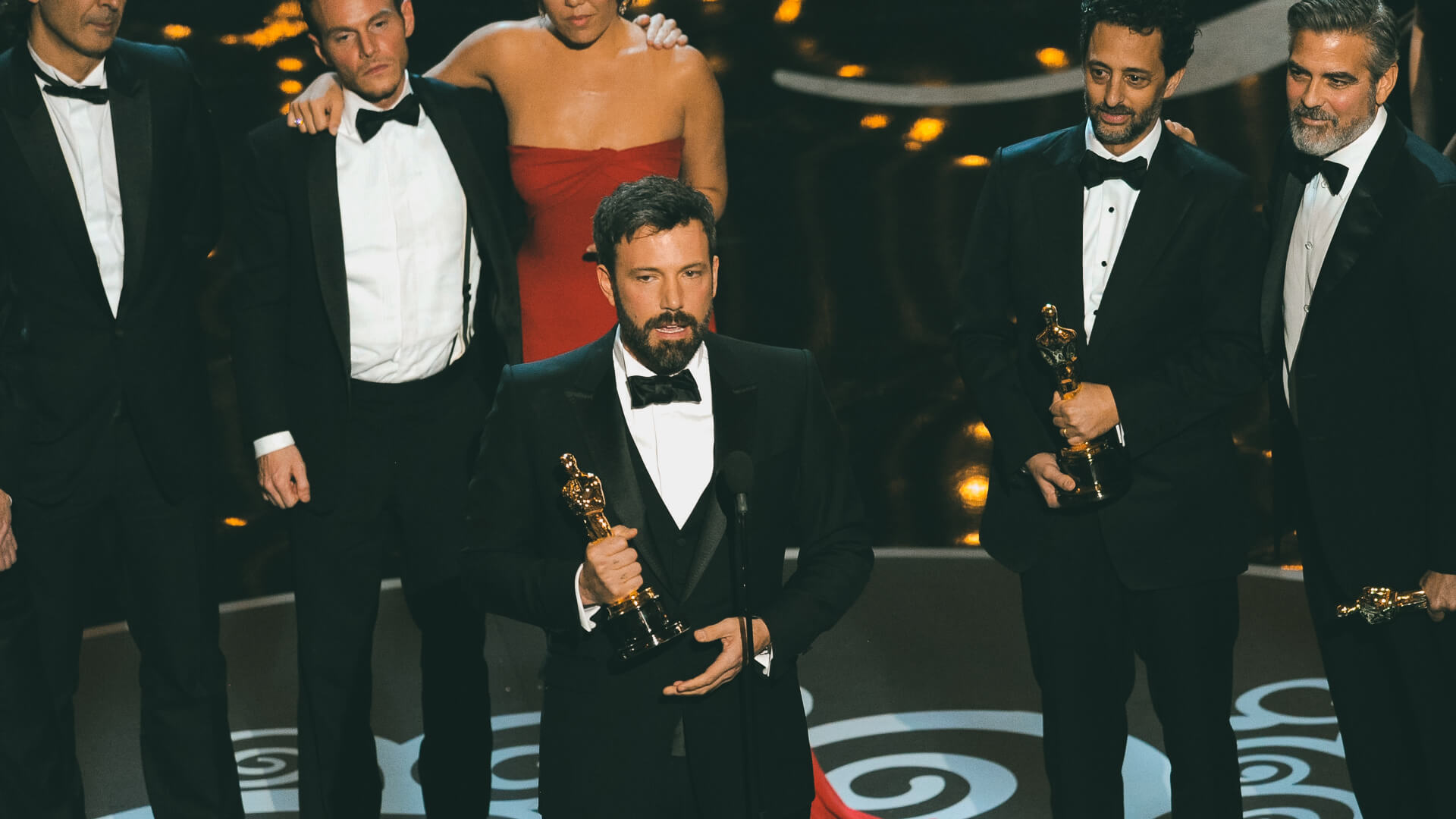 Ben Affleck directed, produced and starred in “Argo,” but he was only nominated as a producer of the film in 2013. Previously, Affleck won a writing Oscar for “Good Will Hunting” in 1998.

Although “Argo” earned Affleck acclaim, it was his role in “Batman v. Superman: Dawn of Justice” that helped him earn his biggest paycheck of the decade, according to Forbes. 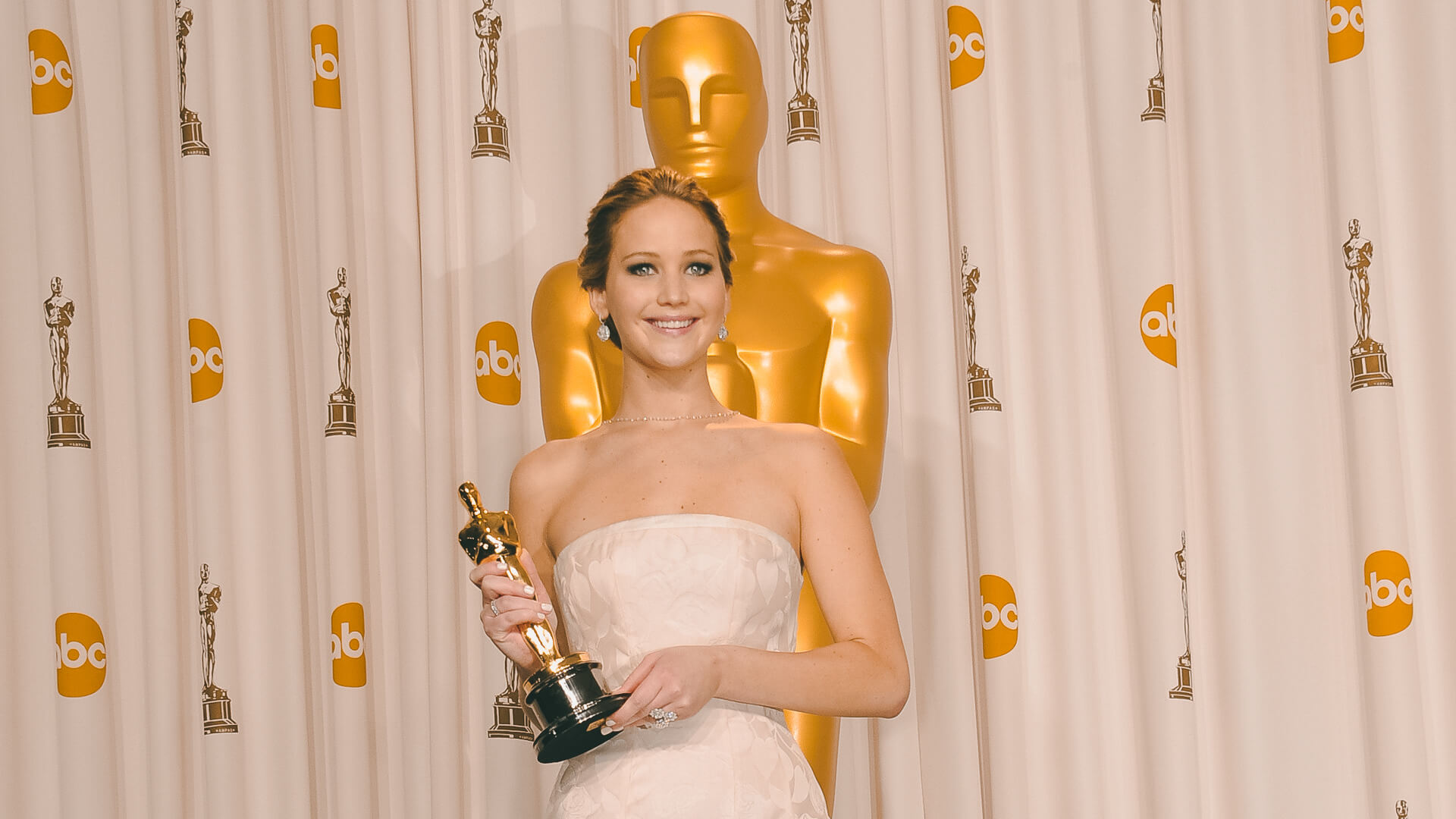 Jennifer Lawrence is now a household name, but she was essentially an unknown actress when she scored her first Oscar nomination in 2011 for “Winter’s Bone.” The young star then became a regular at the Academy Awards throughout the decade, with nominations following in 2013 (“Silver Linings Playbook”), 2014 (“American Hustle”) and 2016 (“Joy”).

Not only has Lawrence been a hit with the Academy, but a hit with the masses as well as the star of the “Hunger Games” movie franchise. Her big paychecks from the films made her Forbes’ highest-paid actress in both 2015 and 2016. 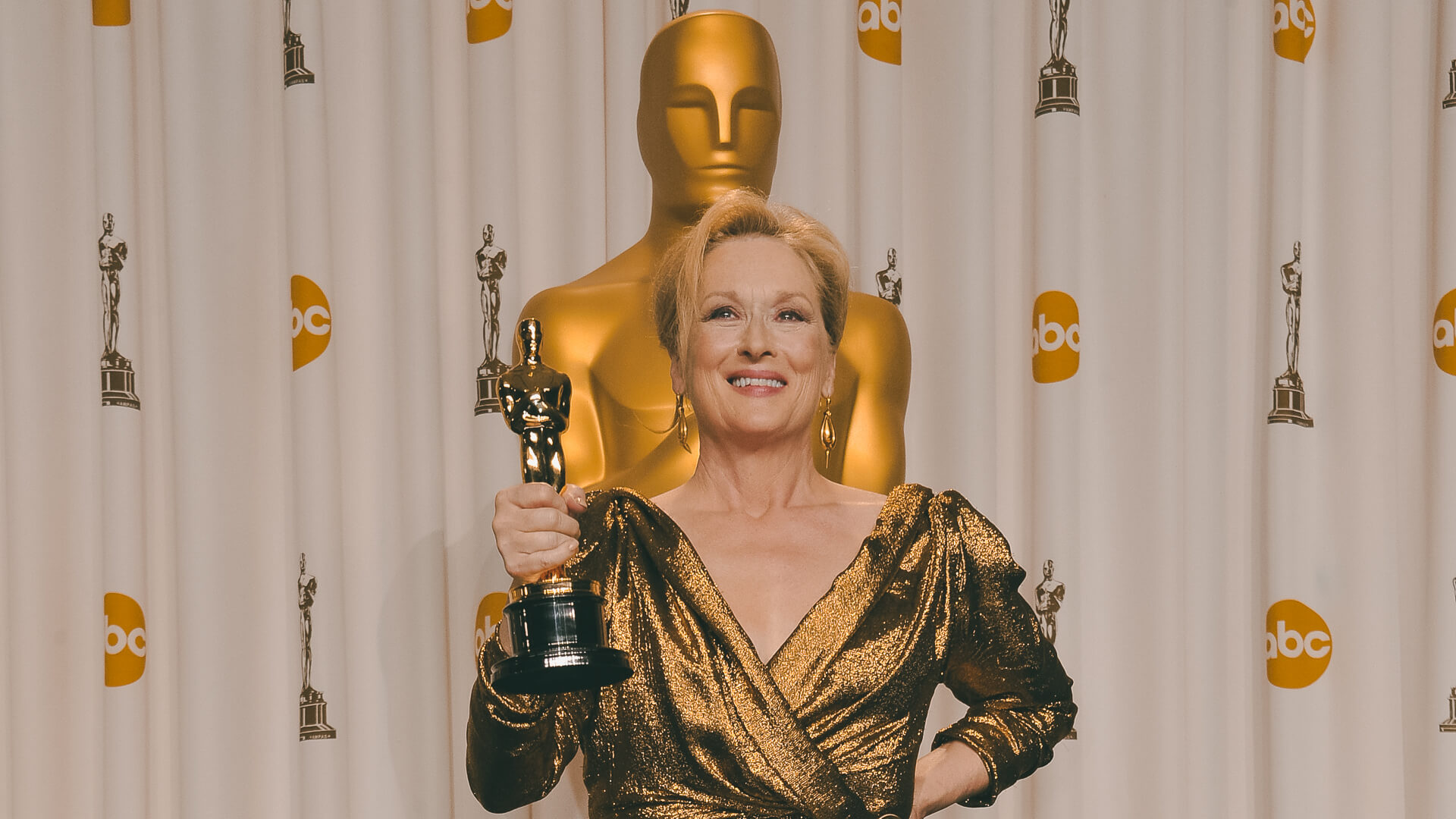 Although she only won one Oscar over the last decade, Streep previously won in 1980 for “Kramer vs. Kramer” and 1983 for “Sophie’s Choice.” 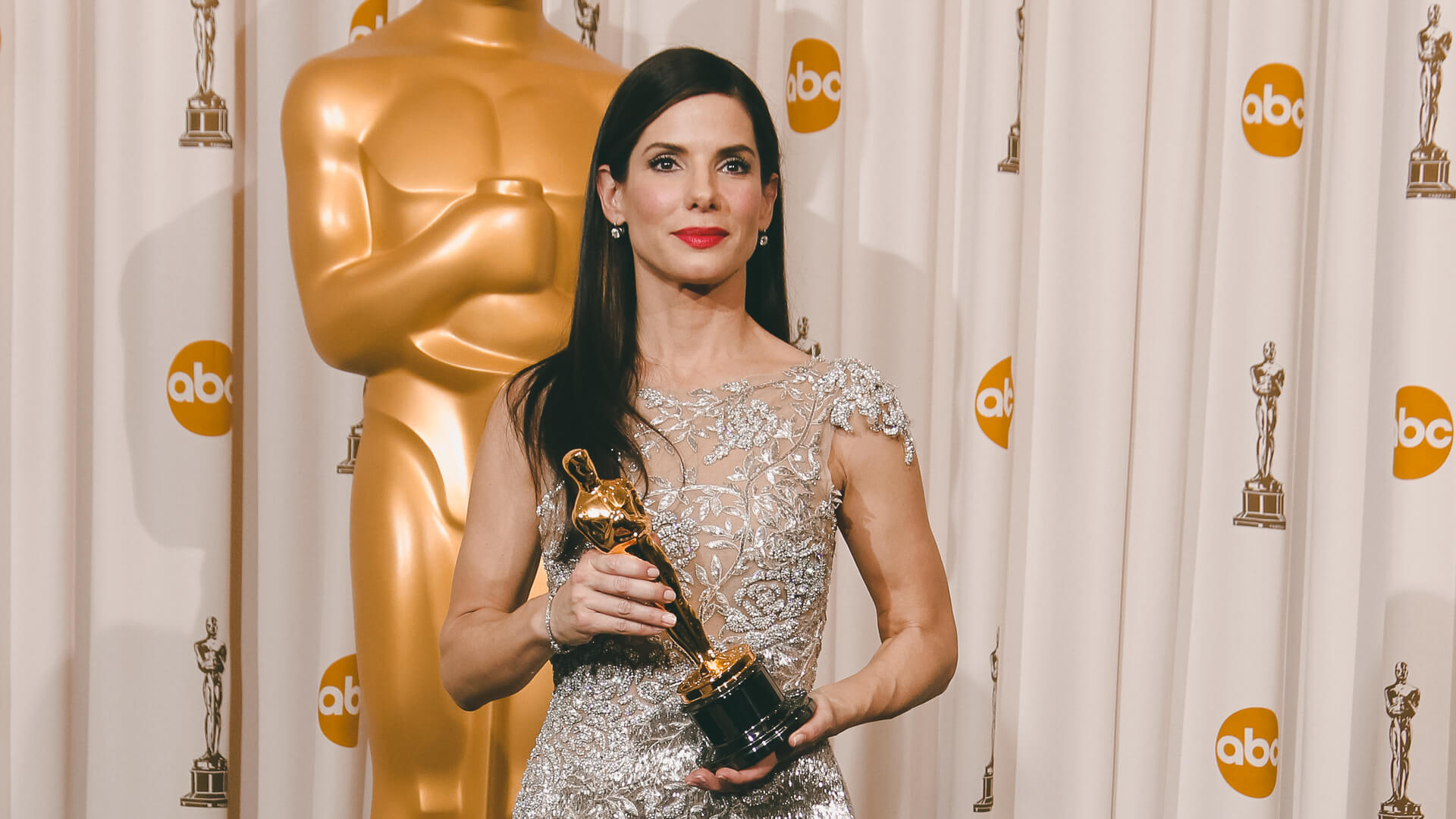 Sandra Bullock has acting credits dating back to the late ’80s but it wasn’t until 2010 that she scored her first Oscar nomination — and win — for her portrayal of Leigh Anne Tuohy in “The Blind Side.” Bullock was nominated again in 2014 for “Gravity,” but lost that year to Cate Blanchett. Even though she didn’t take home the 2014 award, her role in “Gravity” helped her become Forbes’ highest-paid actress of that year, with $51 million in earnings. 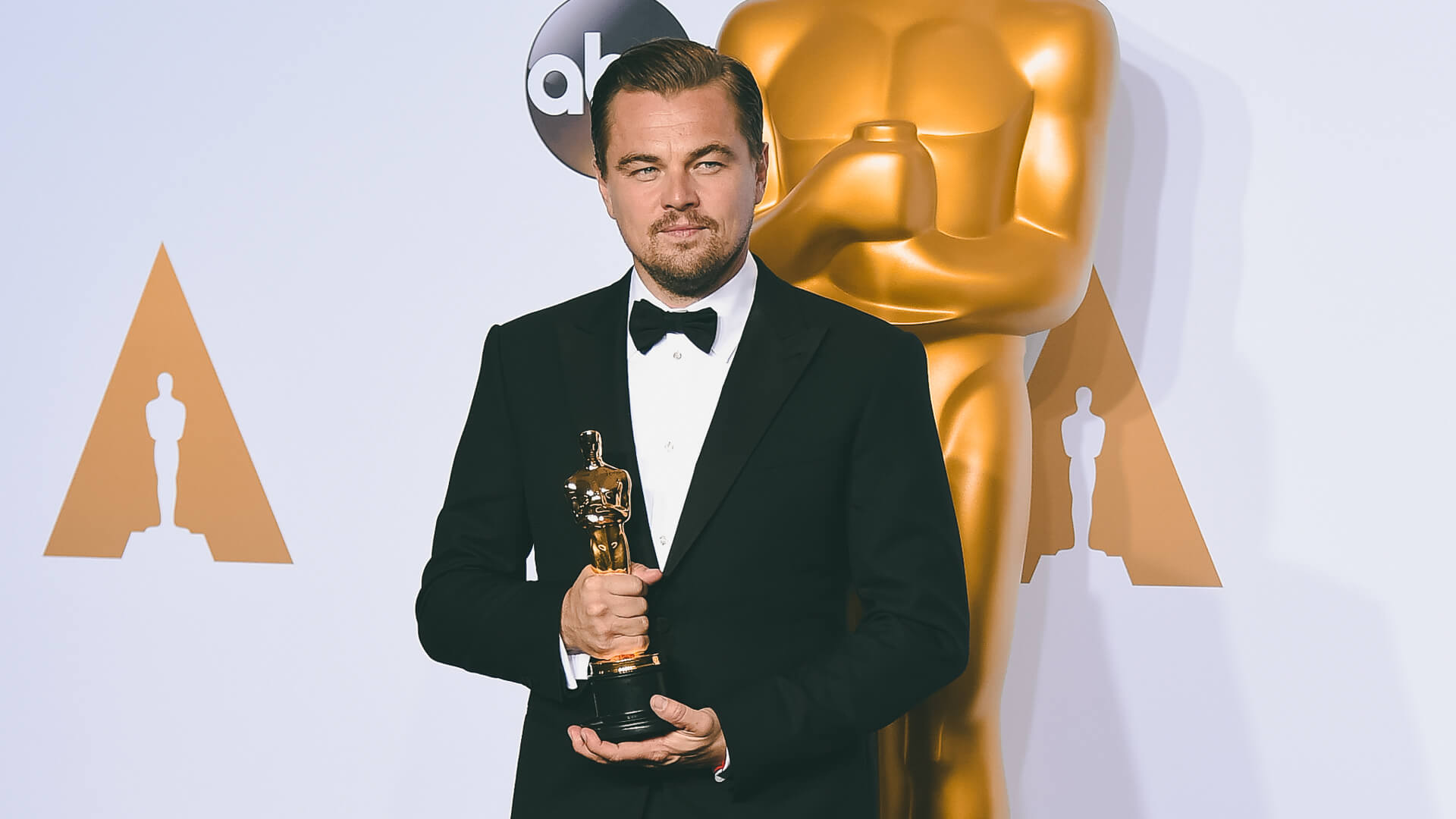 Critics and fans alike lamented that Leonardo DiCaprio had been snubbed by the Academy time and time again, racking up four acting nominations — and losses — before he finally took home the prize in 2016 for portraying Hugh Glass in “The Revenant.”

DiCaprio has built his net worth through both his on-screen and behind-the-screen work, including producing a series of environmental documentaries for Netflix. 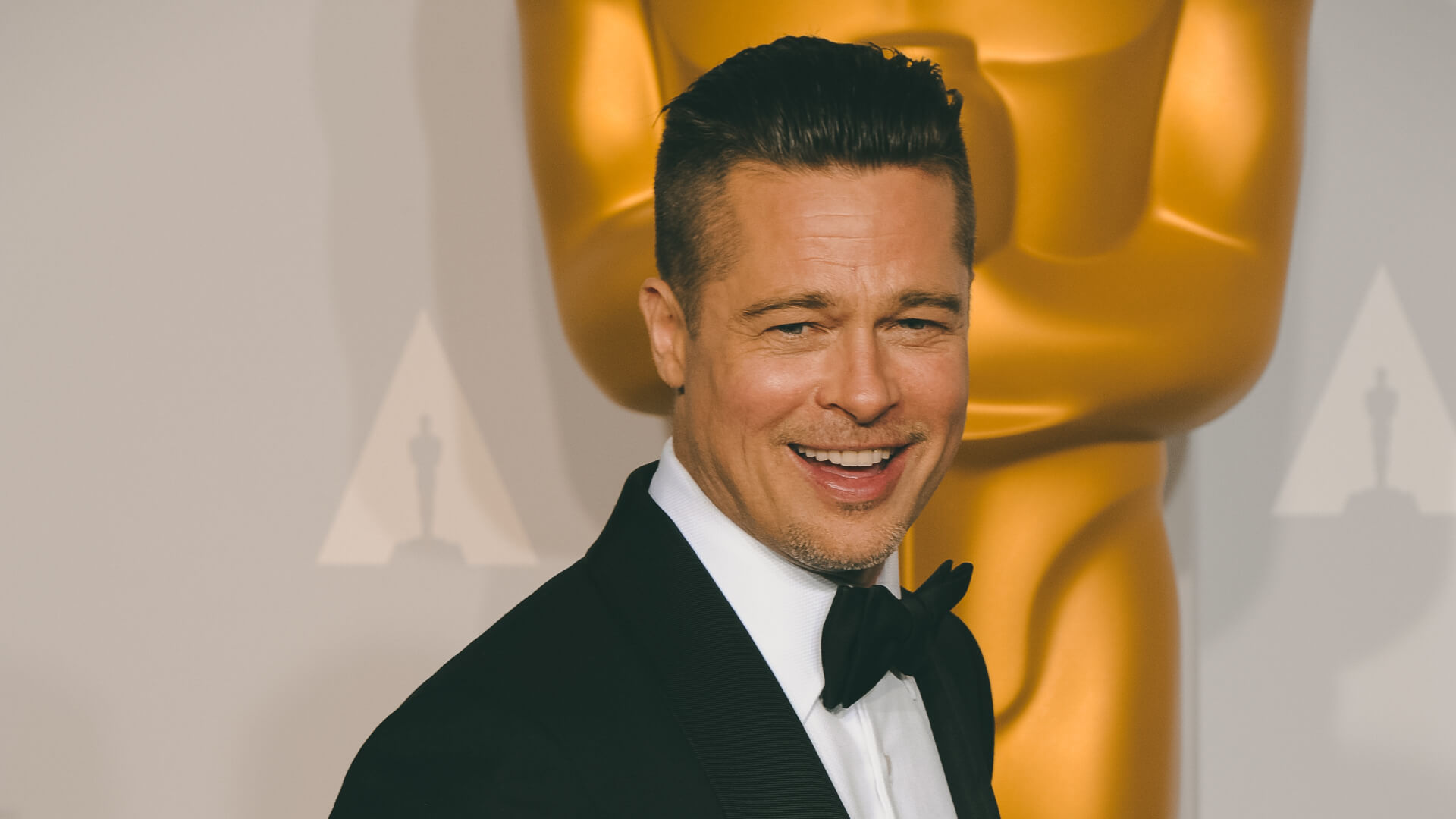 Brad Pitt has been nominated a total of six times — three times for acting and three times as a producer — but he won his first and only Oscar in 2014 for producing “12 Years a Slave.”

Pitt has been on and off Forbes’ “Celebrity 100” list the past few years, last making the cut in 2016 with $31.5 million in earnings for that year alone. 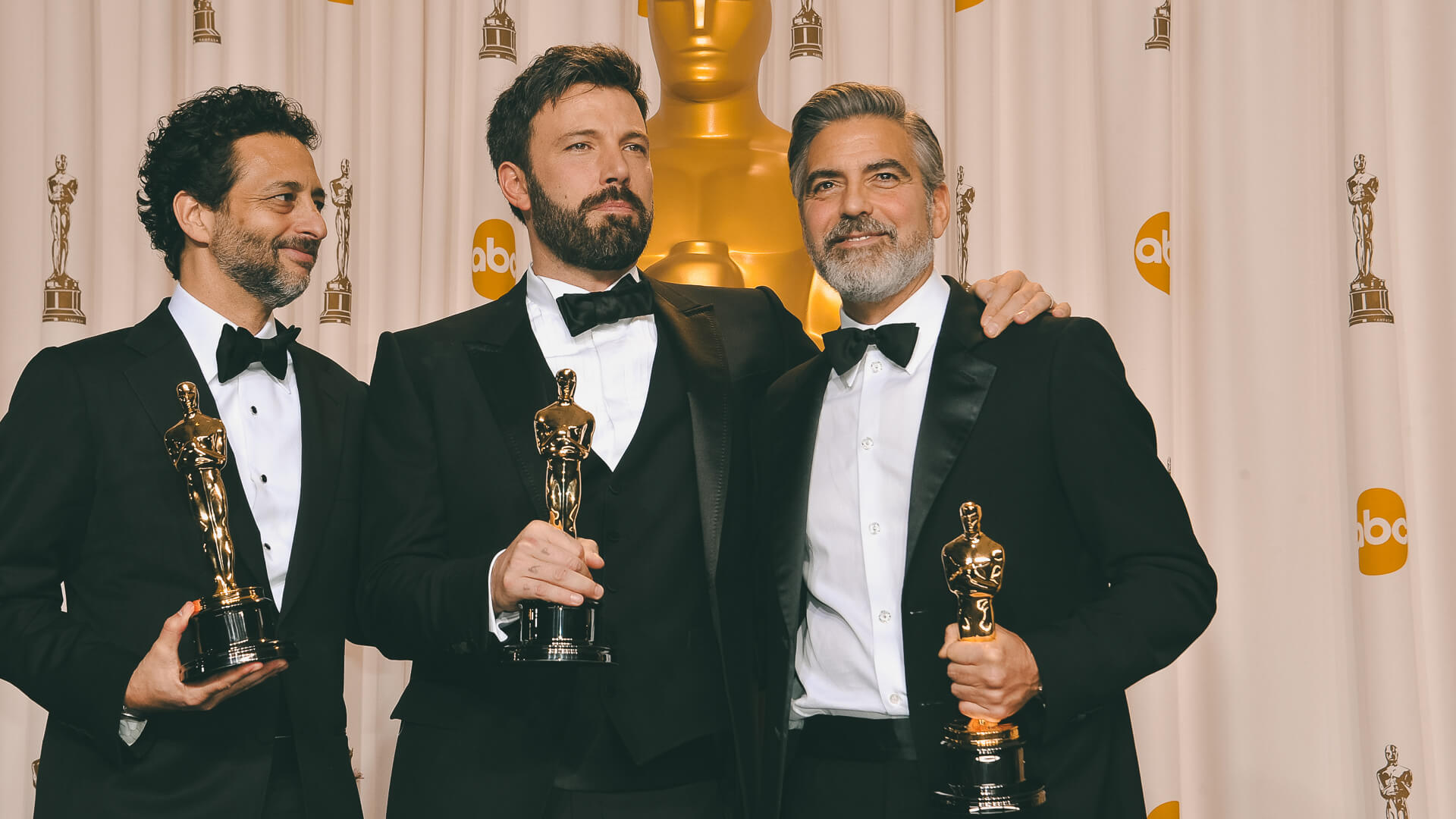 George Clooney is best known as an actor, but it was his role as a producer on the film “Argo” that earned him a best picture win in 2013. This was the second Oscar for Clooney, who won in 2006 for his supporting actor role in “Syriana.”

In addition to his acting and directing, Clooney has boosted his net worth through his tequila company Casamigos, which he sold in 2018 for $700 million, Forbes reported.