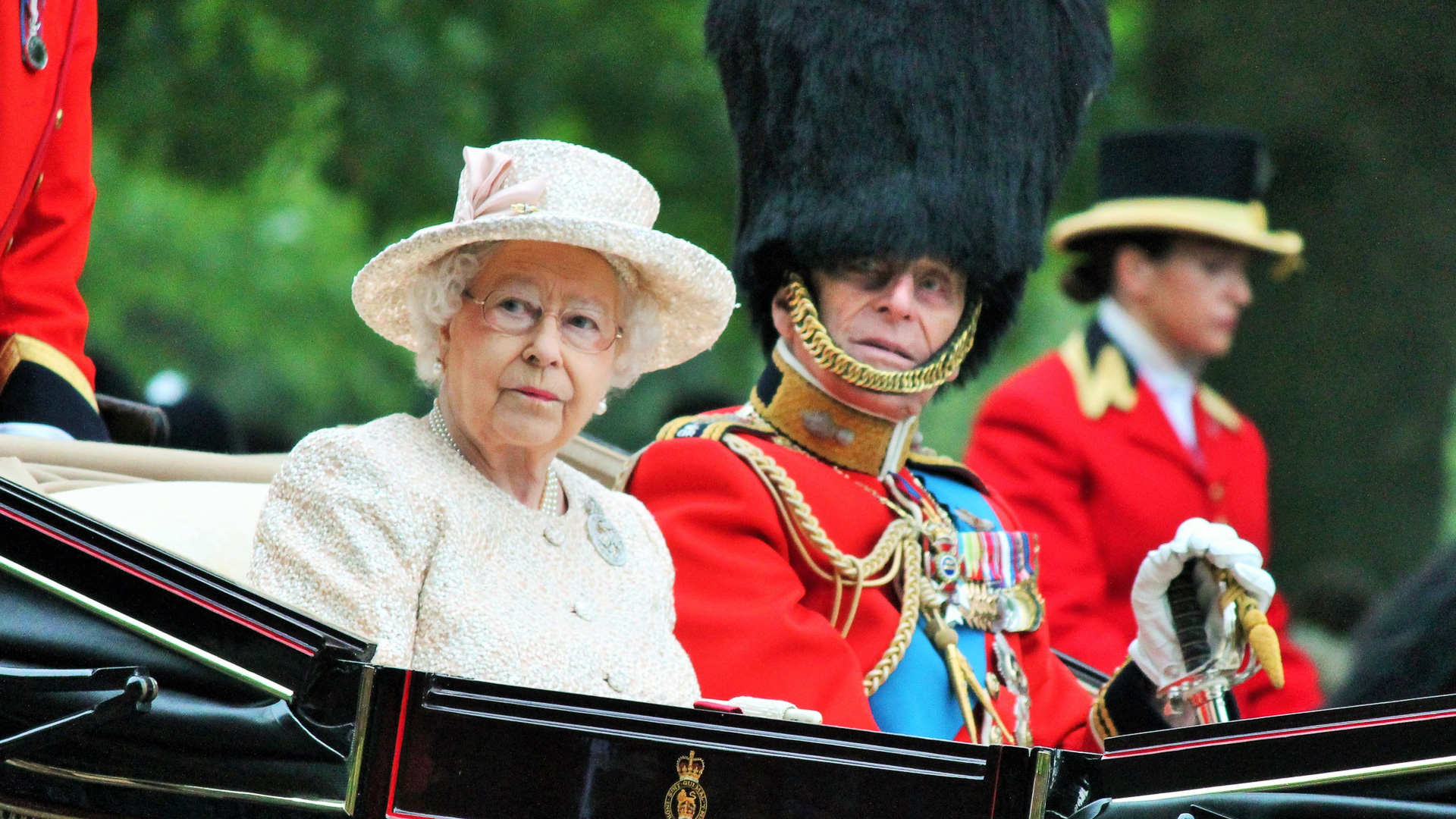 If only we could all travel like royalty. Whether they’re heading off to a far-flung destination or merely hopping aboard the Royal Train for a domestic engagement, the royal family really knows how to travel in style — and it’s not always cheap.

The 2017 annual report from Buckingham Palace revealed that the royal family spent roughly $6 million on travel in the past year, a staggering sum by almost any standard. Some of those trips were vacations, others official government trips and a good few seemed to be a bit of both. In 2018, the Royals can expect to add at least one honeymoon to that list, with the engagement announcement of Prince Harry and Meghan Markle. Click through to see how the royals like to travel. 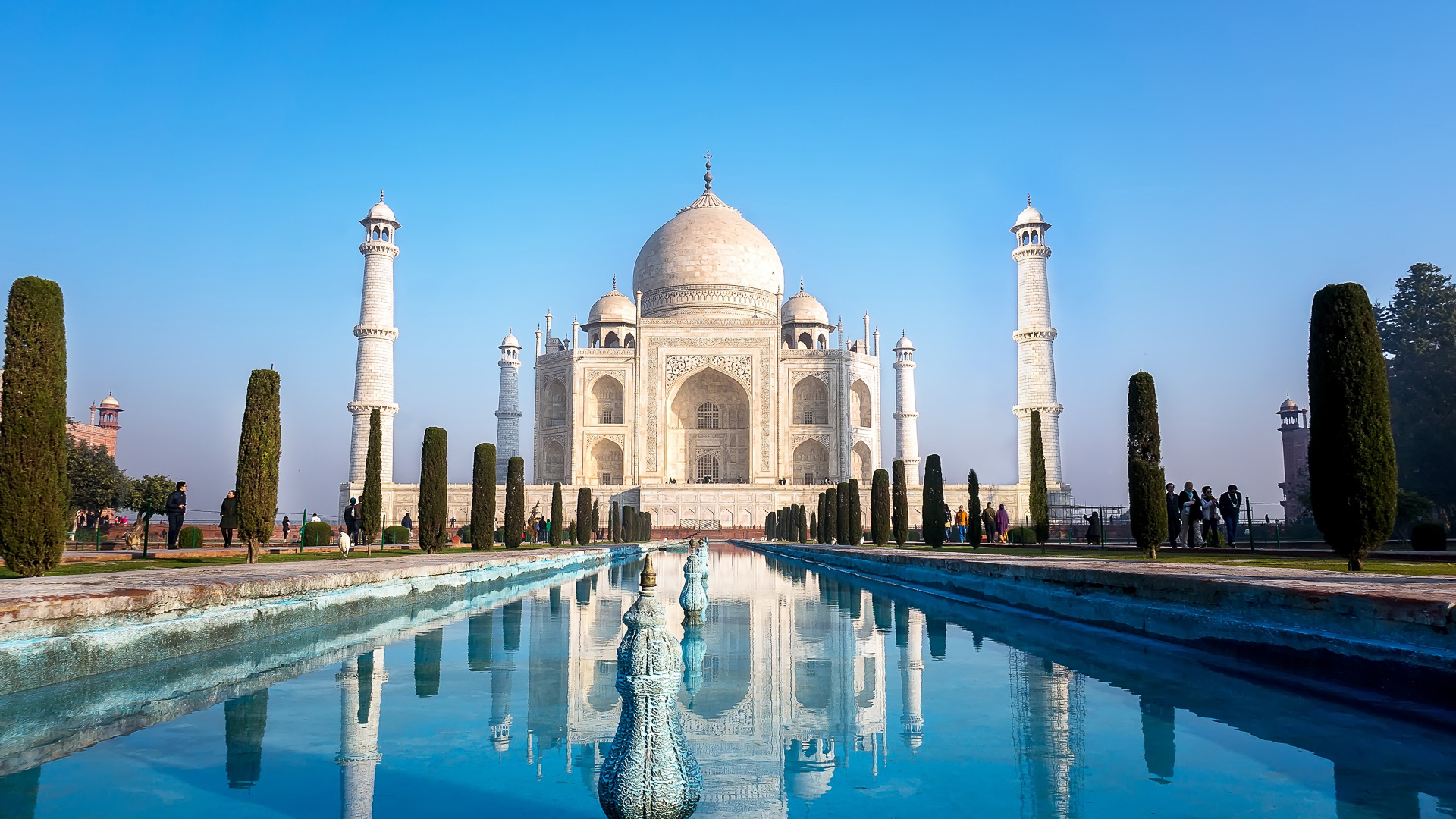 Prince William and Kate Middleton’s official Foreign and Commonwealth Office (FCO) visit to India and neighboring Bhutan was one of the costliest excursions of the year. Chalk it up to a hefty transportation bill for these wealthy royal family members, with scheduled flights from London Heathrow Airport to Delhi and back, along with charter flights to spots like Tezpur, Pero and Agra.

But the Duke and Duchess of Cambridge certainly packed a lot into their trip, which stretched from April 9 to 17, 2016. In addition to meeting with Indian Prime Minister Narendra Modi and laying a wreath at the India Gate to honor the Indian regiments who served in World War I, the couple managed to squeeze in an open-air safari in Kaziranga National Park, and tried their hands at archery — Bhutan’s national sport — in Paro, Bhutan. 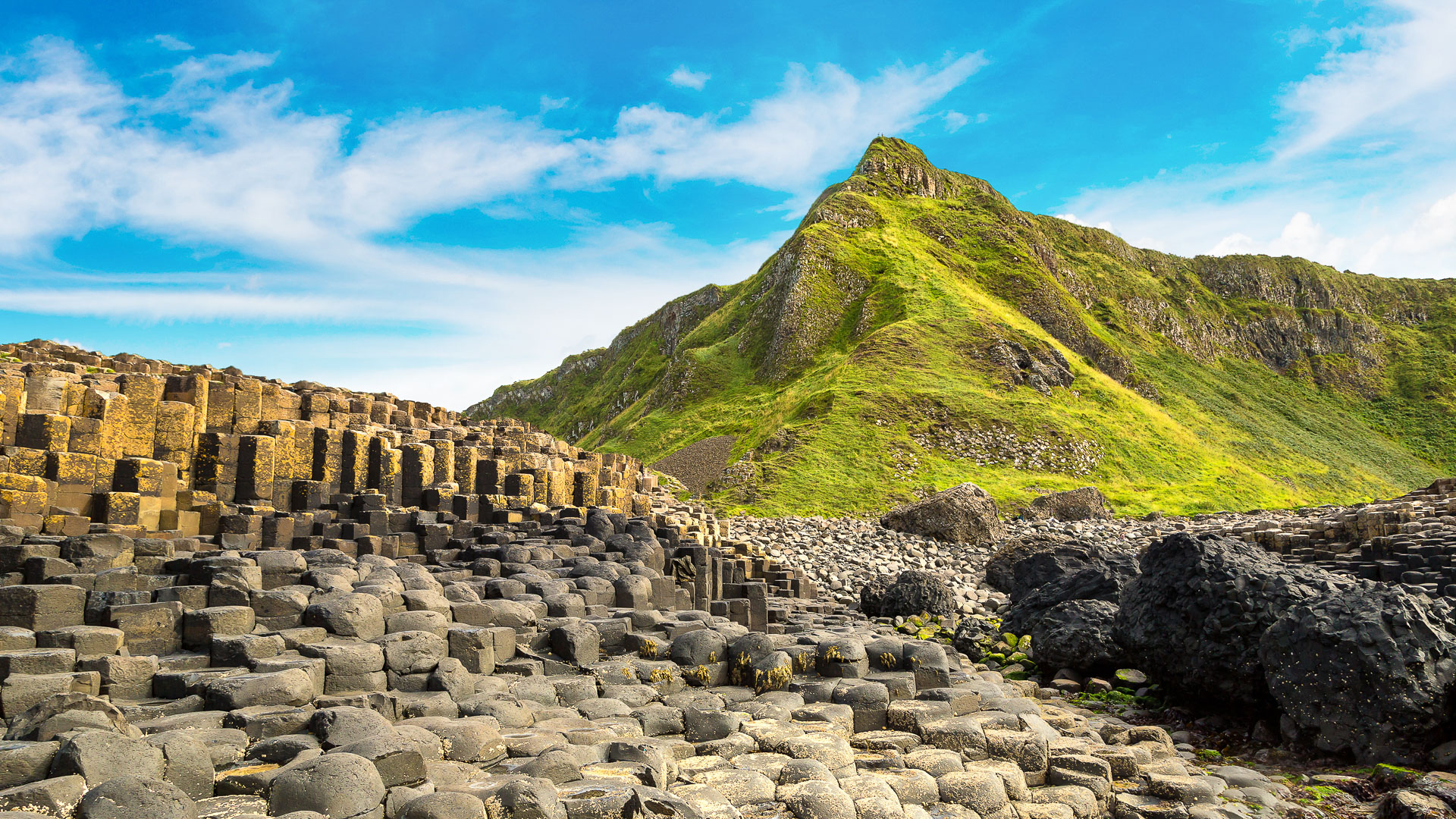 Queen Elizabeth II’s first official engagement following Britain’s “Brexit” vote to leave the EU saw Her Majesty the Queen travel to Northern Ireland on June 27 to 28, 2016. She was accompanied by her husband, Prince Philip, Duke of Edinburgh.

The queen met with First Minister Arlene Foster and Deputy First Minister Martin McGuinness before taking a scenic drive on the Giant’s Causeway and attended the unveiling of the Robert Quigg VC memorial statue in Bushmills with Prince Philip.

While it wasn’t the costliest trip the royal family made all year, the charter flight to Belfast — along with use of The Queen’s Helicopter Flight — made it anything but cheap. 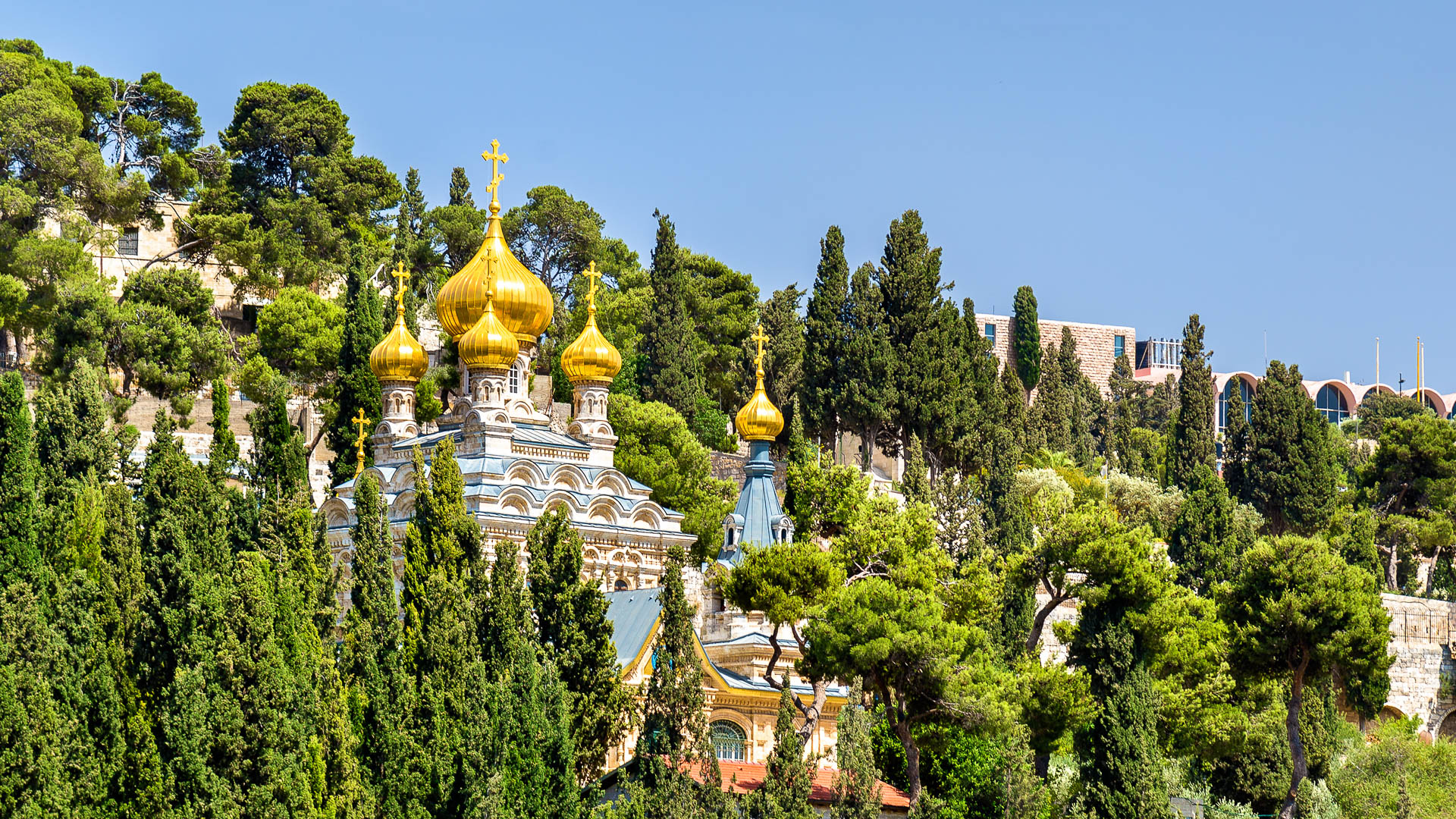 Members of the royal family don’t often travel to Israel, but Prince Charles made an exception on Sept. 29, 2016, joining other world leaders — including former President Barack Obama — to attend the funeral of former Israeli President Shimon Peres.

Charter flights from Aberdeen to Ben Gurion Airport and back made the trip a costly one. But it gave Prince Charles a rare opportunity to visit the grave of his paternal grandmother while in Jerusalem.

How Rich Are the Brits? The Wealth and Riches of the World’s Royalty 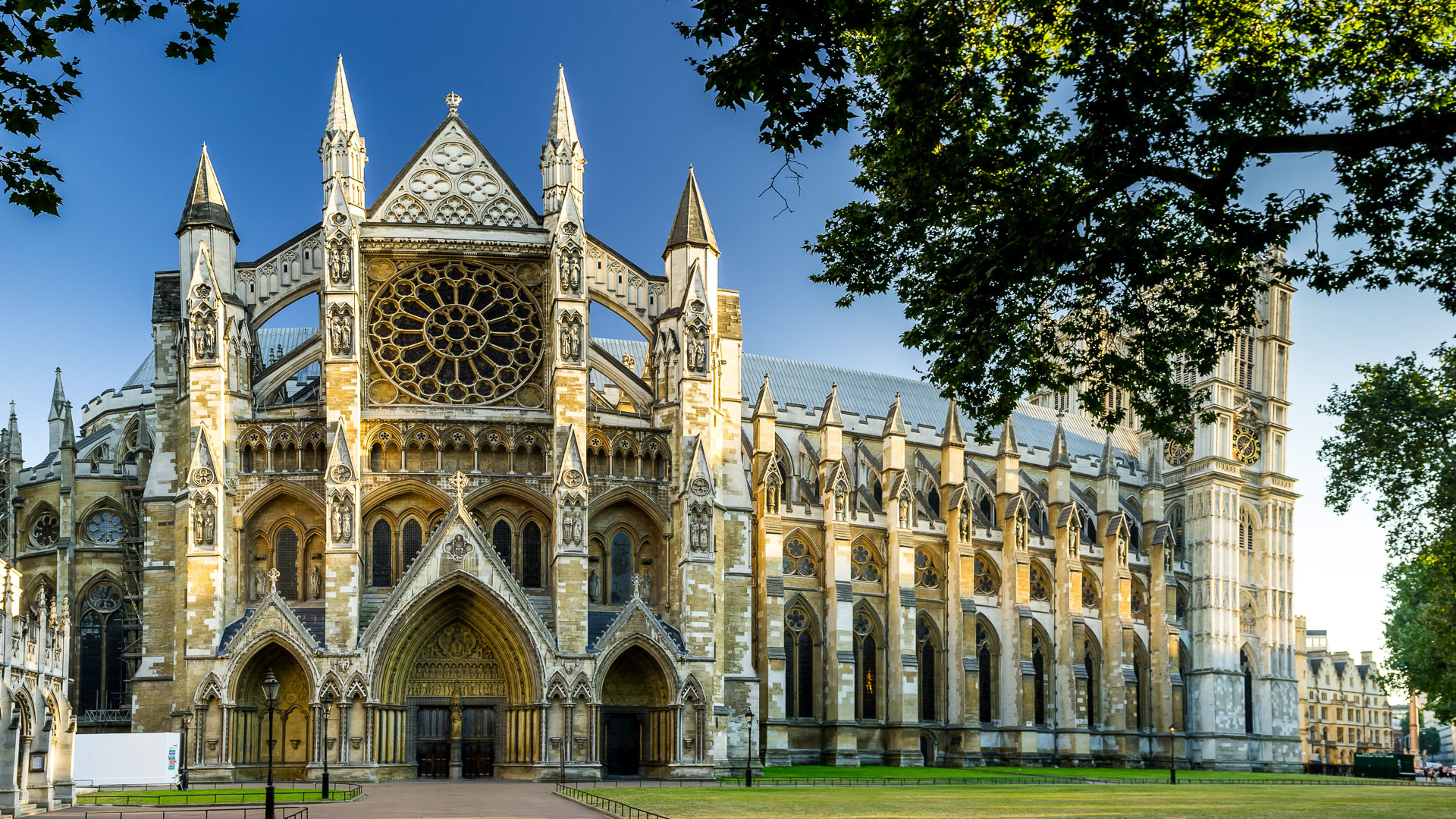 Even traveling within the United Kingdom can come with a hefty price tag, as Queen Elizabeth and Prince Philip’s trip to the National Vigil at Westminster Abbey goes to show.

The couple took the Royal Train to attend the service and vigil, during which Her Majesty the Queen placed a wreath at the Grave of the Unknown Warrior on the eve of June 30, 2016, marking the 100th anniversary of the Battle of the Somme. Afterward, the train rolled on, carrying the queen and Prince Philip to their Edinburgh residence at the Palace of Holyroodhouse. 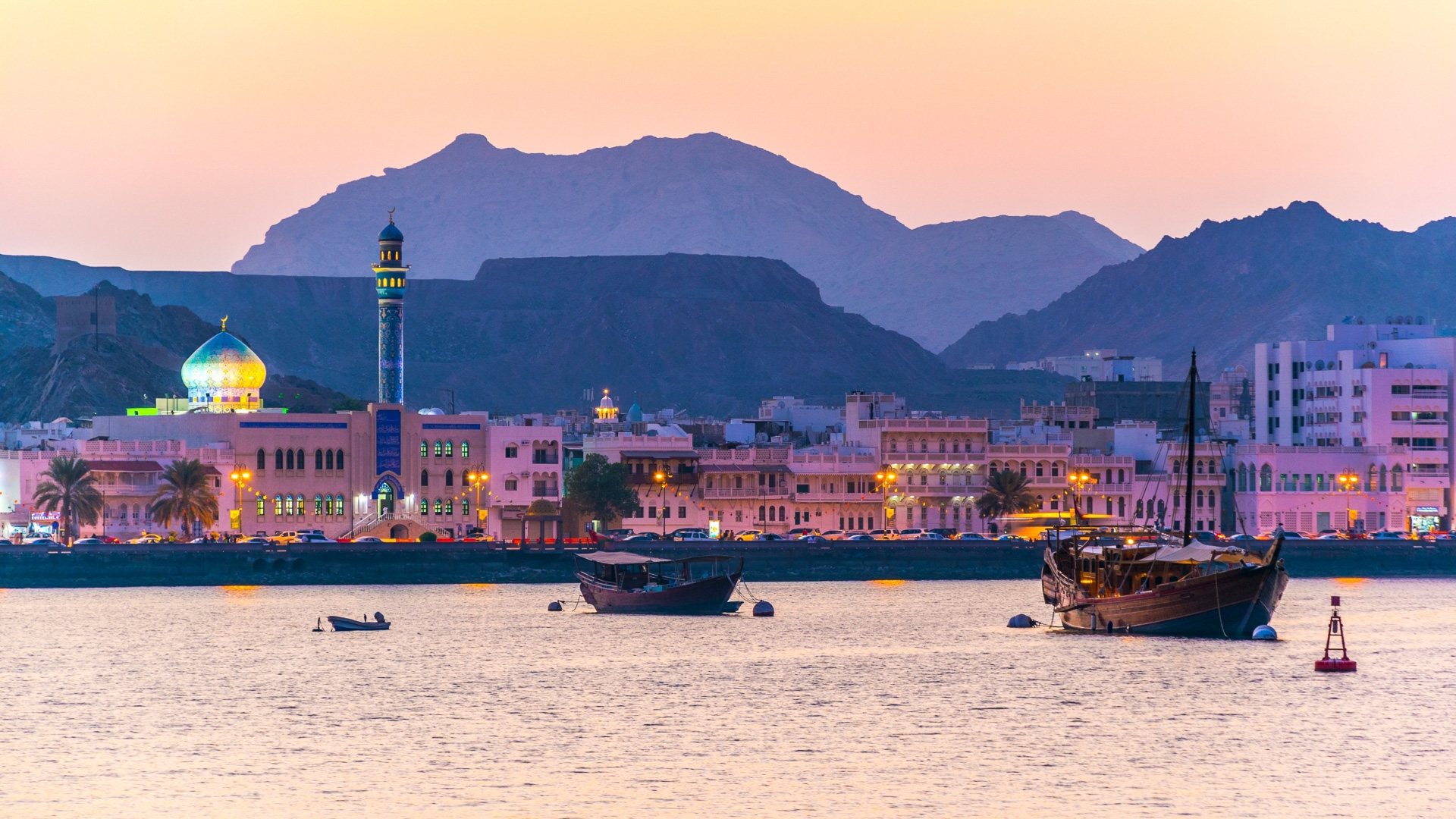 Prince Charles and Camilla, Duchess of Cornwall, had a packed schedule during their official FCO visit to the Middle East. The couple attended 50 engagements in Oman, the UAE and Bahrain between Nov. 4 and 11, 2016.

Chartered flights from Royal Air Force Brize Norton to Muscat, Abu Dhabi, Sharjah and Bahrain made it an expensive trip as well as a busy one. But Prince Charles and Camilla appeared to get the most out of their extended visit. Along the way, Camilla befriended a tiny owl, Prince Charles took part in a traditional Omani sword dance and both found time to do some shopping. 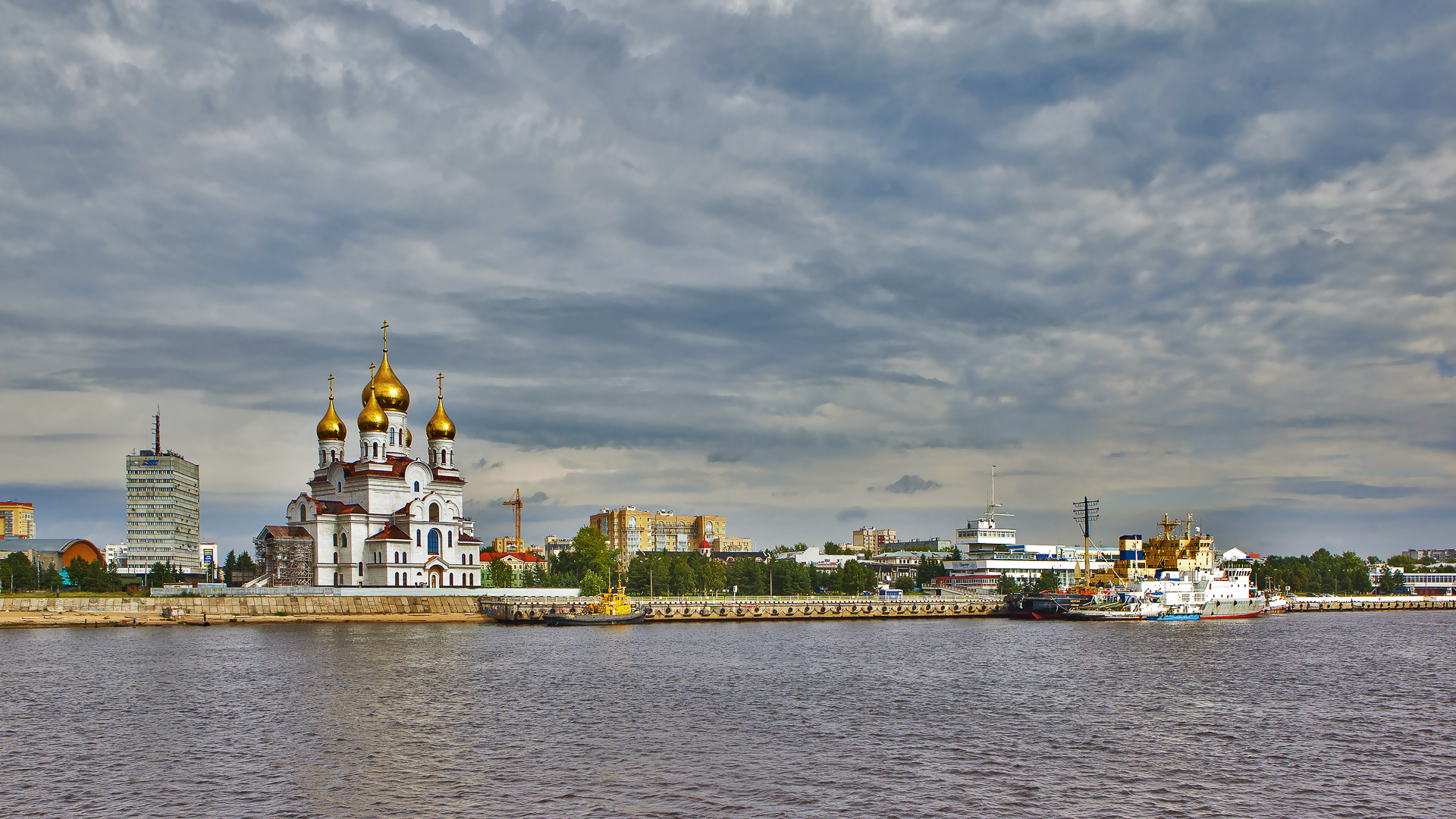 According to the Telegraph, no member of the royal family has made more trips to Russia than Anne, Princess Royal — the second child and only daughter of Queen Elizabeth II.

Her official FCO visit on Aug. 30 to 31, 2016, took her to the northern city of Arkhangelsk to commemorate the 75th Anniversary of the First Arctic Convoy, which carried essential supplies between Britain and the Soviet Union during World War II. Princess Anne was accompanied on the trip by her husband, Vice Admiral Sir Timothy Laurence. 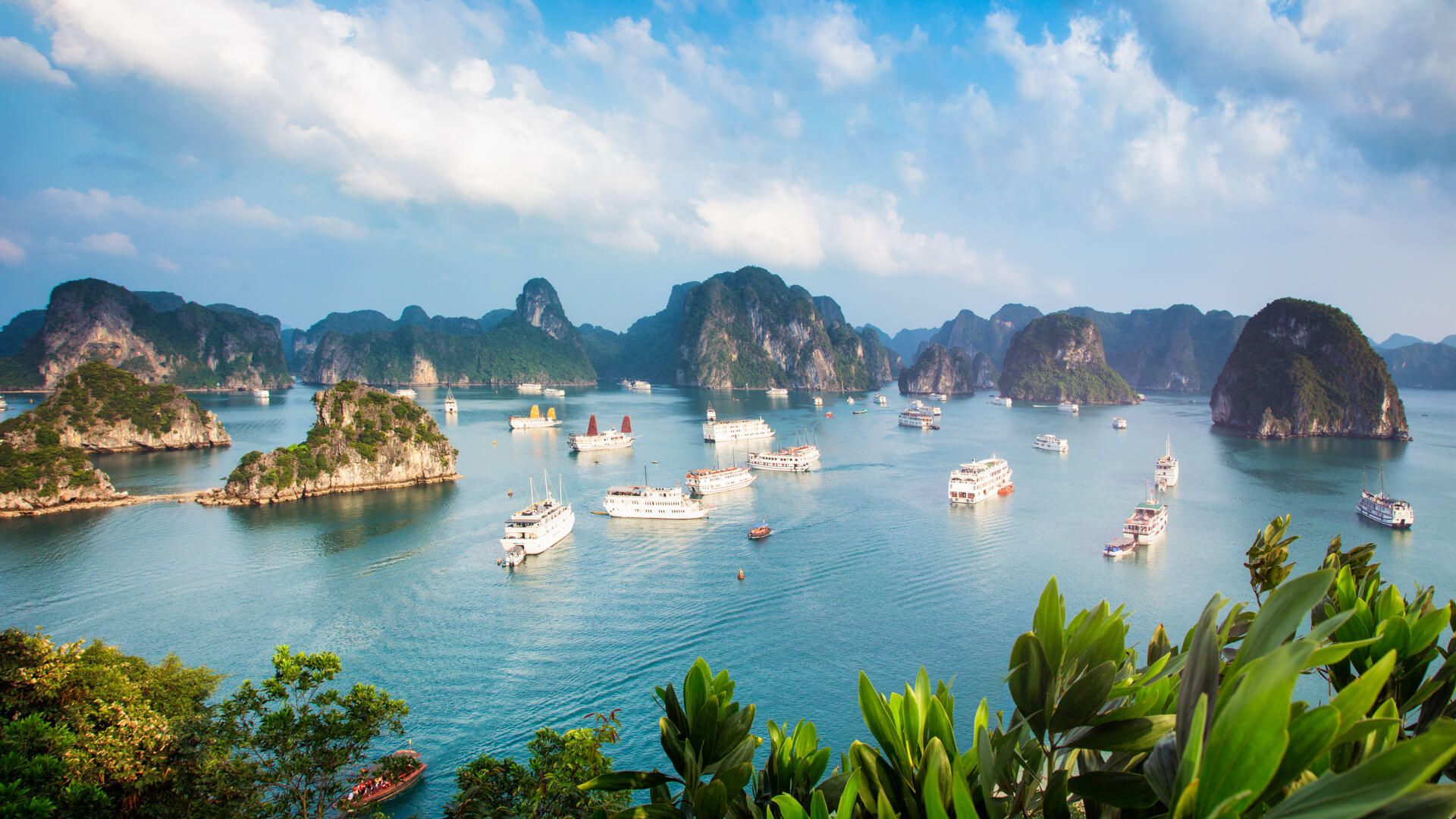 Prince William took the time to kick a soccer ball around with some local schoolchildren during his first official FCO visit to Vietnam, which is one of the most budget-friendly vacation spots. But the three-day trip was anything but a vacation. His flight from London touched down in Hanoi on Nov. 15, 2016, and the visit focused on efforts to protect endangered wildlife. 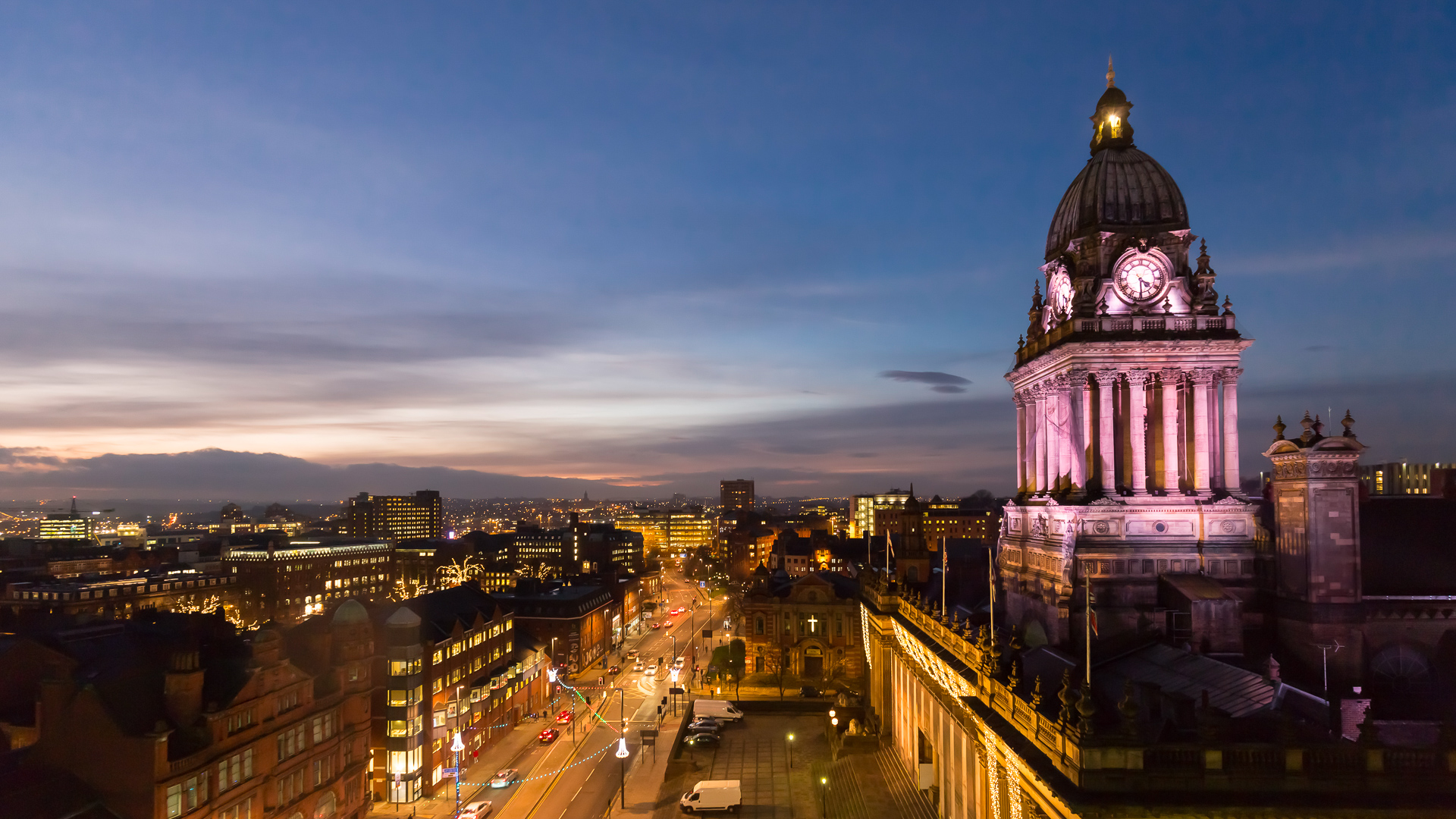 Prince Charles hopped aboard the Royal Train to partake in two packed days of engagements on March 20 and 21, 2017, making numerous stops throughout Lancashire and Yorkshire.

The trip included visits to the D. Byrne & Co. Wine Shop and Cowmans Famous Sausage Shop in Clitheroe, along with a selection of retailers from the Clitheroe Annual Food Festival. The Prince of Wales then went on to visit BAE systems in Samlesbury and stopped in at Dewlay Ltd. to see the artisanal cheese-making process.

Though the trip was a strictly a domestic one, it was costly all the same. The Sunday Post was quick to skewer the journey’s high price tag, noting that the cost of the Royal Train voyage clocked in at roughly $126 per mile. 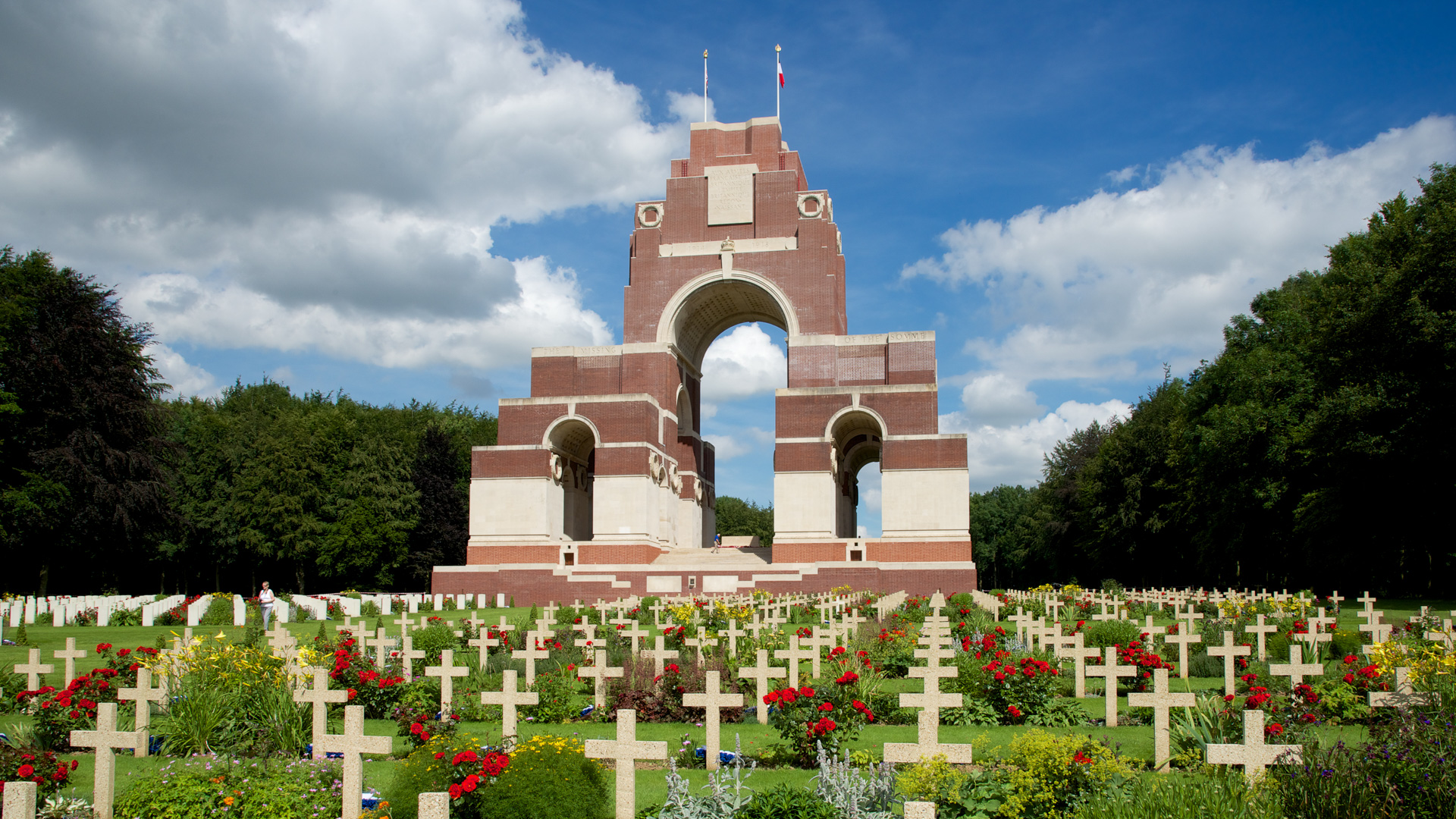 On June 30, 2016, Prince William and Kate Middleton winged their way to France in the company of William’s brother, Prince Harry, on the eve of the Battle of the Somme Centenary commemorations.

The three young members of the royal family were among thousands who gathered at the Thiepval Memorial the following day to honor those who fell during one of the bloodiest battles of World War I. They were joined on July 1 by Prince Charles and Camilla, along with Prince Richard, Duke of Gloucester, and Birgitte, Duchess of Gloucester.

Blame separate charter flights for the two generations of royals for the high price tag on this short trip across the English Channel. 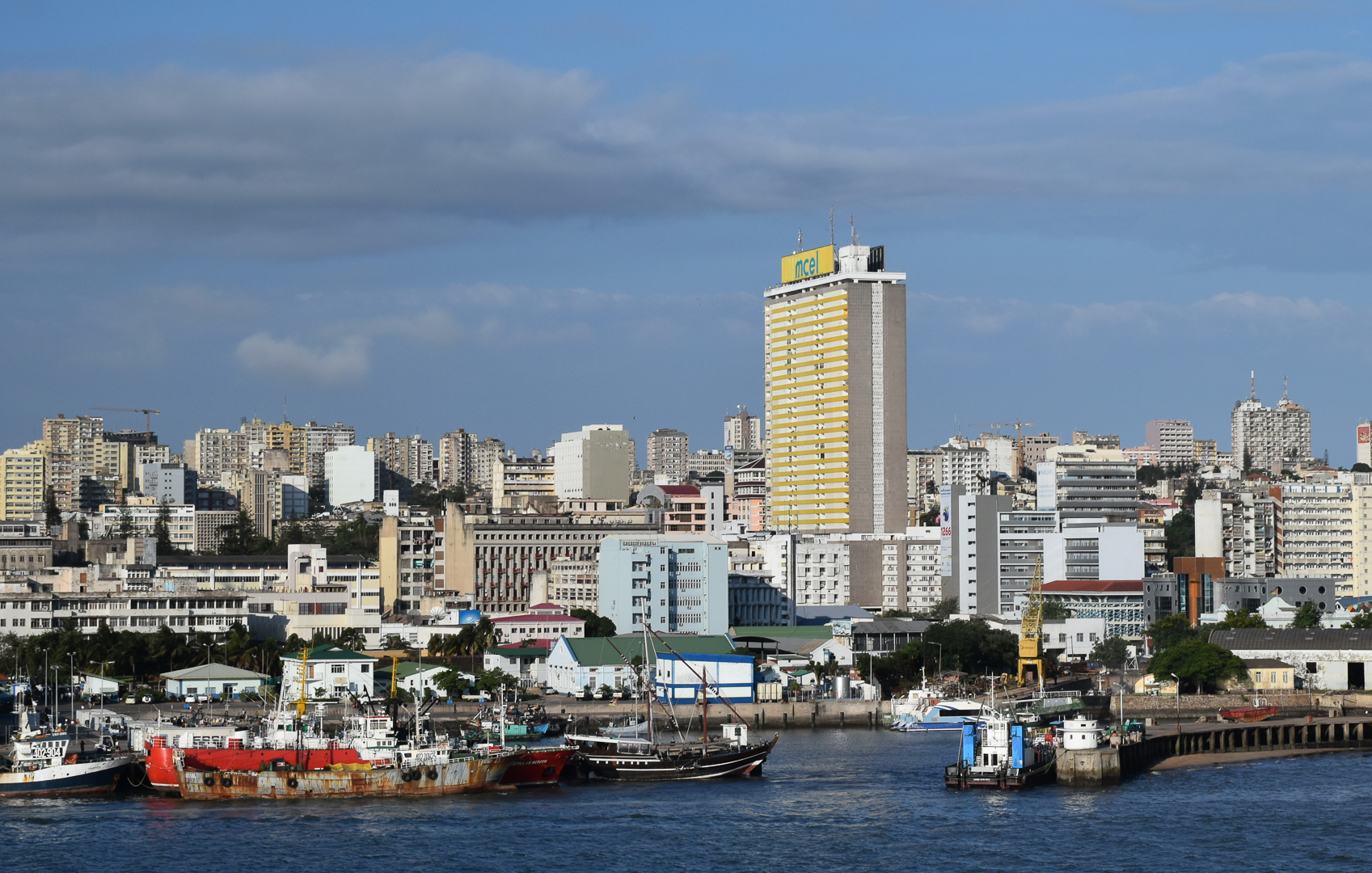 Although it was Princess Anne who was originally slated to represent Her Majesty the Queen in Mozambique, an illness unfortunately prevented the Princess Royal from making the trip. Luckily, her younger brother — Prince Andrew, Duke of York — was able to step in, making his first official visit to the Southeast African country, which is known to have one of the best hidden beaches in the world.

The trip stretched from Sept. 26 to 30, 2016, giving Prince Andrew ample time to meet President Filipe Nyusi and participate in U.K.-funded field trips via charter flights to Maputo and Gaborone. The Duke of York finished out the trip with a visit to Botswana to attend the commemoration of the country’s 50th anniversary of independence.

More on Royals: The 12 Richest Princesses in the World 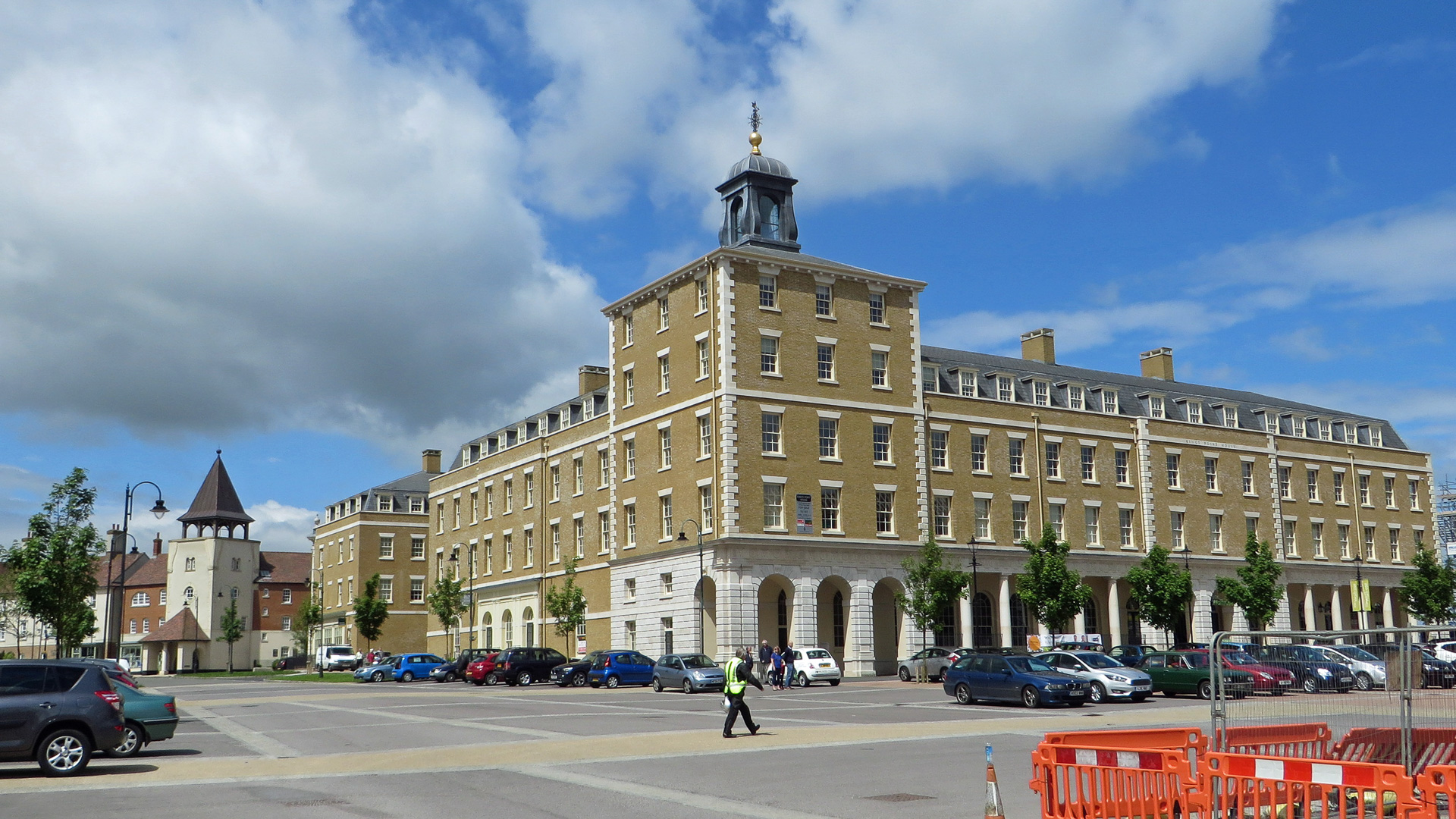 While the price tag might seem steep for a trip of less than 140 miles, the royal family’s visit to Dorchester on Oct. 26 to 27, 2016, was an emotional one. The queen and the Duke of Edinburgh, accompanied by Prince Charles and Camilla, took the Royal Train to Poundbury, an experimental new town of sorts that began construction in 1993, based on Prince Charles’s vision for a better-quality living environment.

Prince Charles and Camilla officially opened The Duchess of Cornwall Inn, a pub for the new community in the aptly named Queen Mother Square. The Prince of Wales also gave a speech at the opening of Queen Mother Square, inviting the queen to unveil the square’s statue of his grandmother, Queen Elizabeth the Queen Mother. 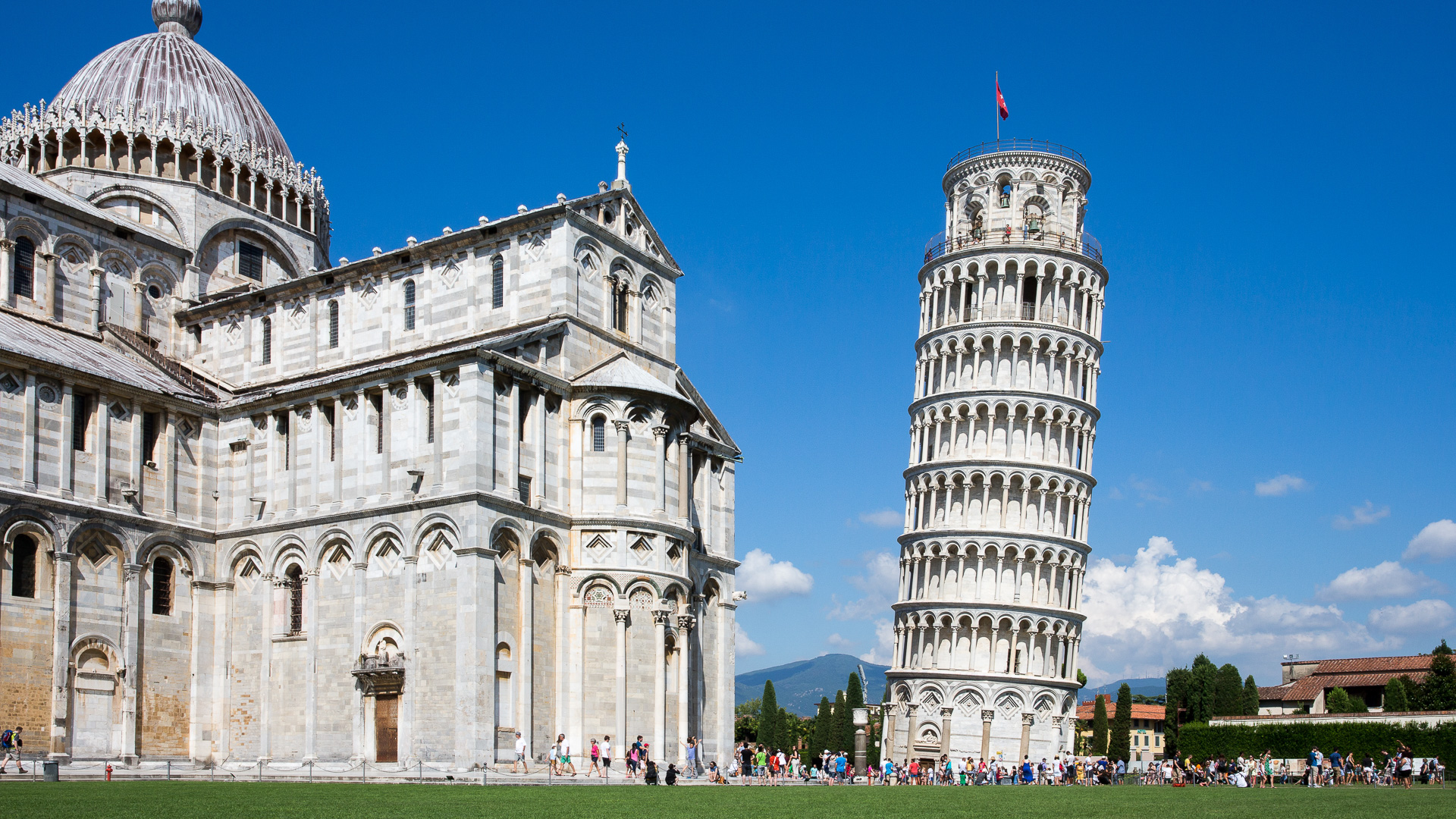 Prince Charles and Camilla’s official FCO visit to Italy, Romania and Austria was by far the most expensive of the year. The nine-day trip, seen by many as an effort to smooth relations with Britain’s allies following Brexit, kicked off on March 29, 2017, and racked up astronomical travel costs with charter flights to Bucharest, Pisa, Naples, Rome and Vienna.

But the trip was anything but uneventful. Among more than a dozen engagements, Prince Charles and Camilla met with Pope Francis, attended a celebratory dinner at the British Institute of Florence, took in a rehearsal by the Vienna Philharmonic Orchestra, met with people who were affected by the 2016 earthquake in central Italy and stopped by an organic Heuriger to learn about the production of Austrian wine.