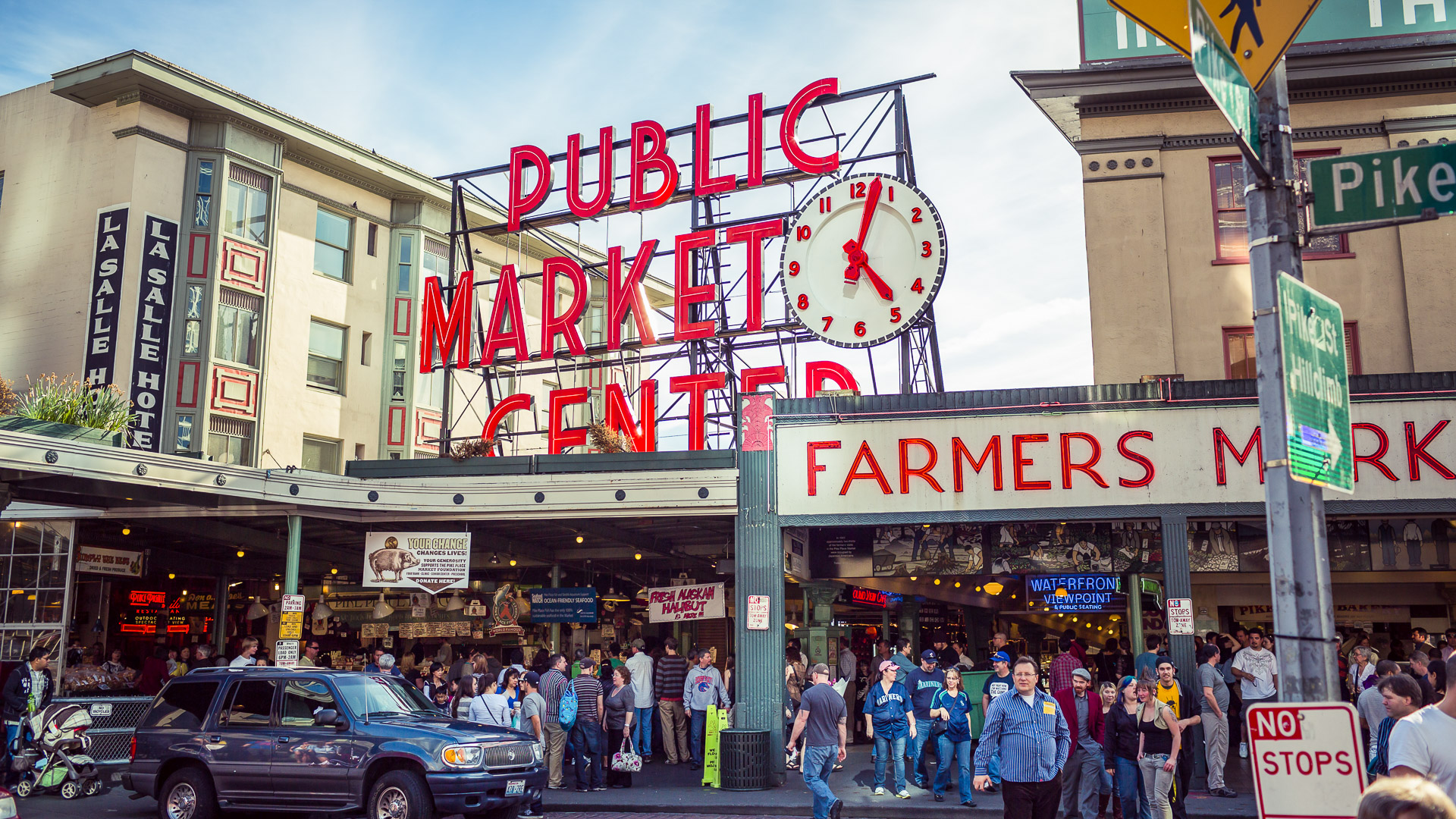 Earlier this year, GOBankingRates conducted a study to identify the worst vacation cities for your wallet. Some of our favorite cities ended up on the list, which got us to thinking — what if we want to go there anyway? Is there a way to visit America’s most expensive cities without blowing all your savings?

The answer, of course, is a firm “yes.” Click through to find out how to travel on a budget when you visit America’s most expensive vacation cities. 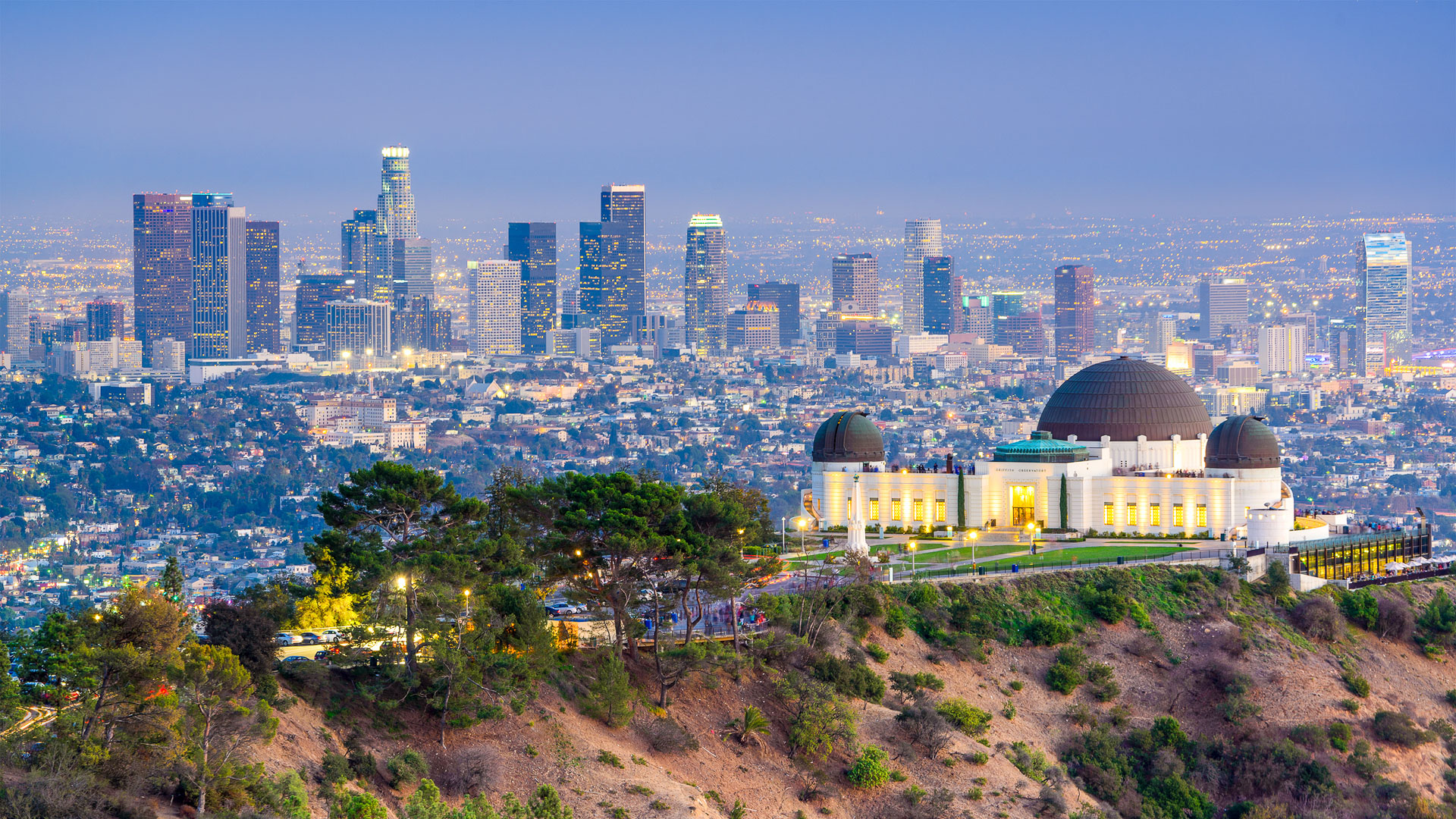 Visit Los Angeles on a Budget

You’ll find the cheapest airfare to Los Angeles in September, when the average round-trip flight goes for $268 — though January isn’t too far behind. To trim hotel costs, look to the Hollywood area just west of Downtown LA, where four nights can cost you as little as $286.

Los Angeles can be pricey, but some of Hollywood’s most iconic attractions won’t cost you a dime, like strolling along the Hollywood Walk of Fame. The palatial Griffith Observatory and Griffith Park is one of the area’s most beautiful attractions perched in the mountains overlooking Hollywood. A visit to the planetarium costs $7 for adults and $3 for children under 12, but the observatory building, grounds and telescope are always free.

For a cheap meal in Hollywood, head to IndiMex Eats, where you can get two savory samosas or a heaping order of masala fries for just $4. Calle Tacos is another great option, where you can load up on tacos for $1.99 each. 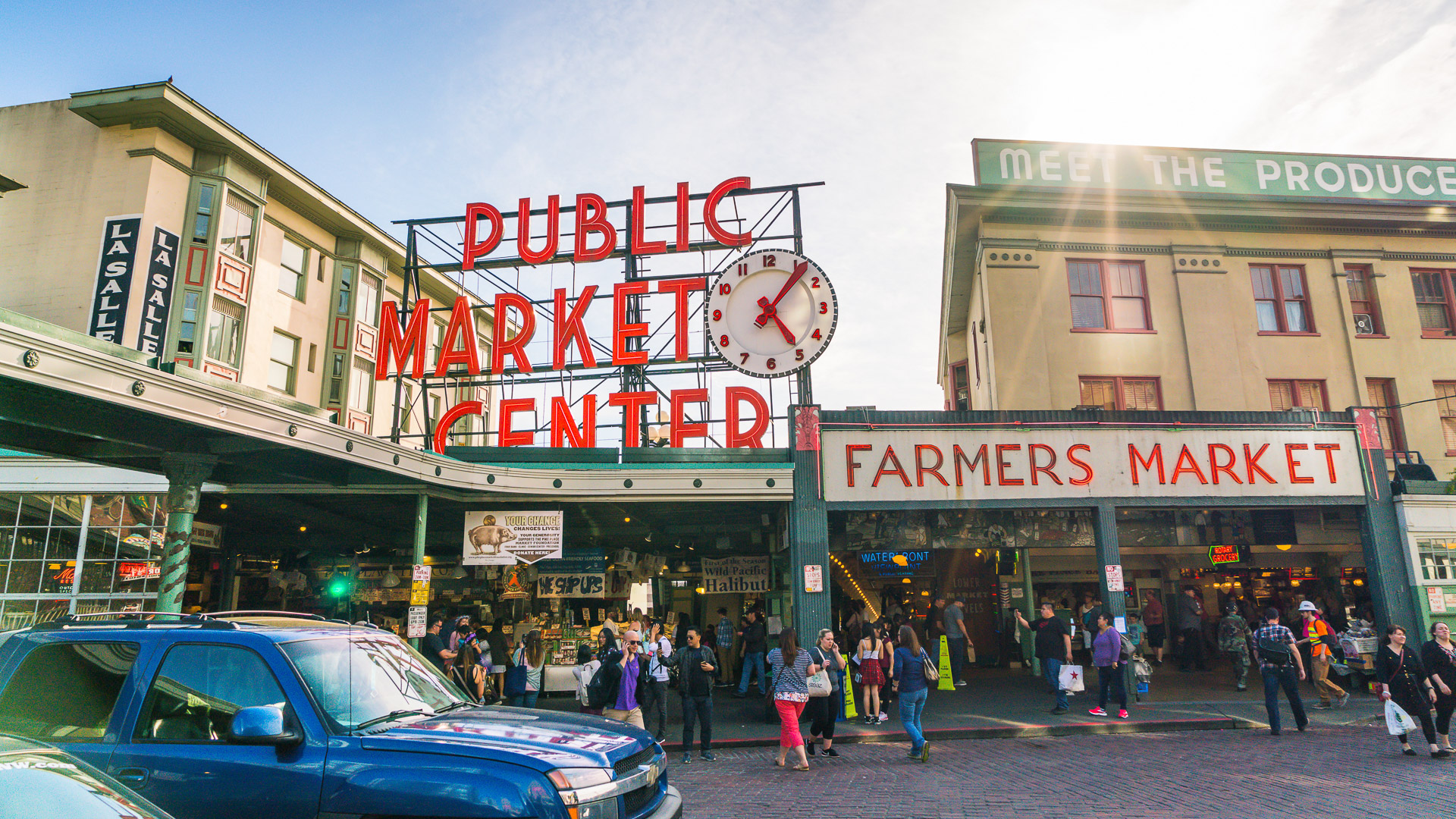 Visit Seattle on a Budget

Round-trip flights for $296 on average make April the cheapest time to visit Seattle. The Queen Anne Neighborhood offers an abundance of quality accommodations at budget rates — as low as $348 for four nights — though you can find cheap hotels nearby in Downtown Seattle as well.

Strolling through Pike Place Market, Seattle’s original farmers market established in 1907, is one of the best free things to do in the city. And art lovers will be tickled to learn that admission to Seattle’s Frye Art Museum is always free.

Seattle offers some great seafood on a budget, such as Pike Place Chowder, where you can get a sampler platter of any four chowder varieties served with fresh homemade sourdough bread for $13.95. For no-frills American fare, check out Bakeman’s Restaurant, a deli-style eatery where you can get any sandwich on the menu for under $5. Follow it up with a slab of hot apple pie for $2.50. 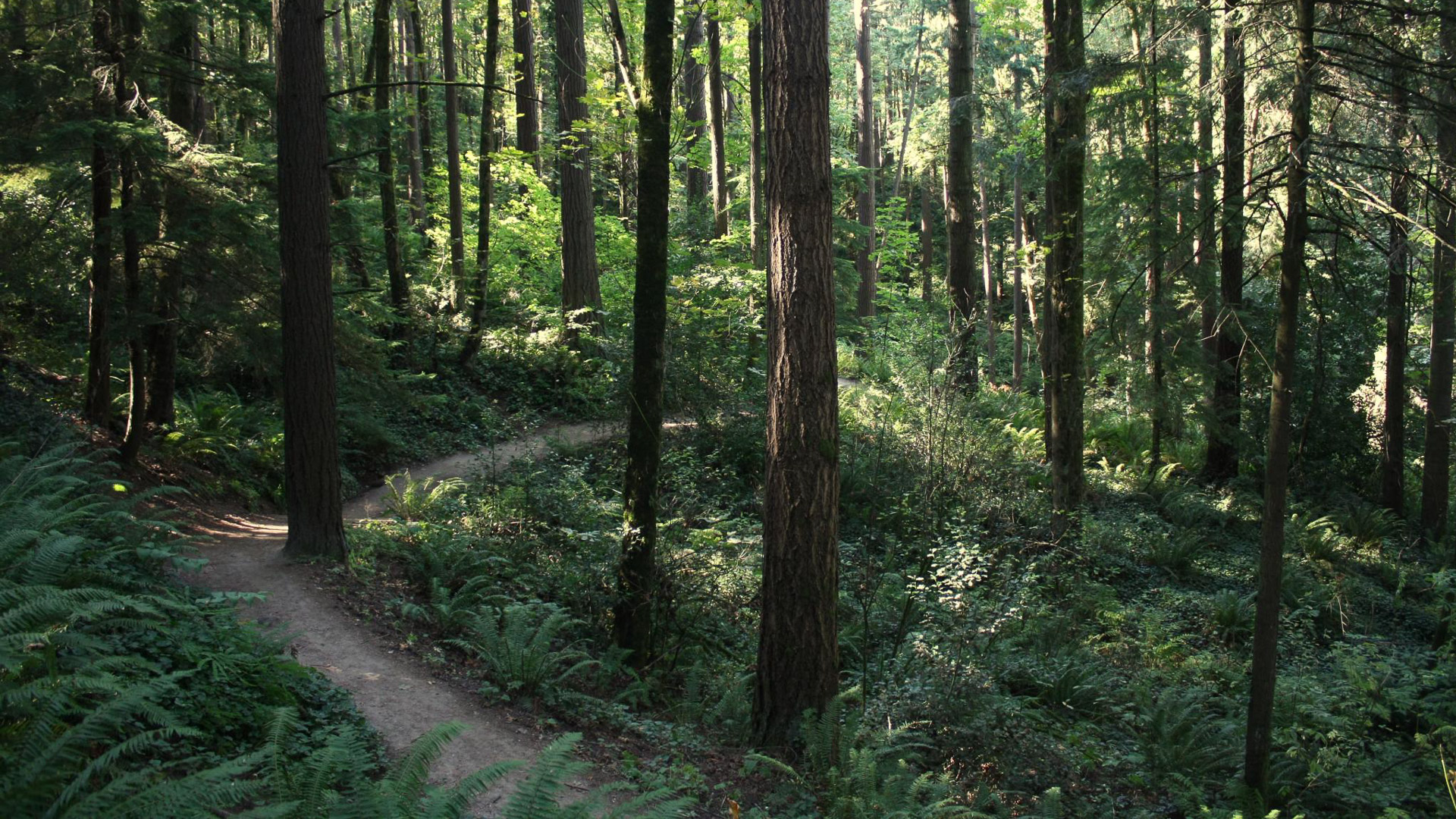 Visit Portland, Ore., on a Budget

You can fly to Portland for about $294 in April, while October comes in a close second at $299 round-trip. Check for low-cost accommodations in the Airport area or nearby Northeast Portland, where you can book a four-night stay for $315.

You don’t have to look far to find affordable food in Portland, otherwise known as Food Truck Heaven. Among the countless cheap food truck options are Tight Tacos, where a massive $8 meat or veggie burrito will keep you full pretty much all day, and Mizu Ramen, where $9 will buy you a seemingly bottomless bowl of miso soup.

Plan your visit to Portland during the first week of the month to catch First Thursday Portland, a monthly art walk that includes free access to dozens of art galleries all over the city. You’ll also find lots to explore in Forest Park, one of America’s largest urban forests that spans more than 5,000 acres and includes 80 miles of hiking trails.

More Cheap Fun: The Coolest Thing to Do in Every State for $20 or Less 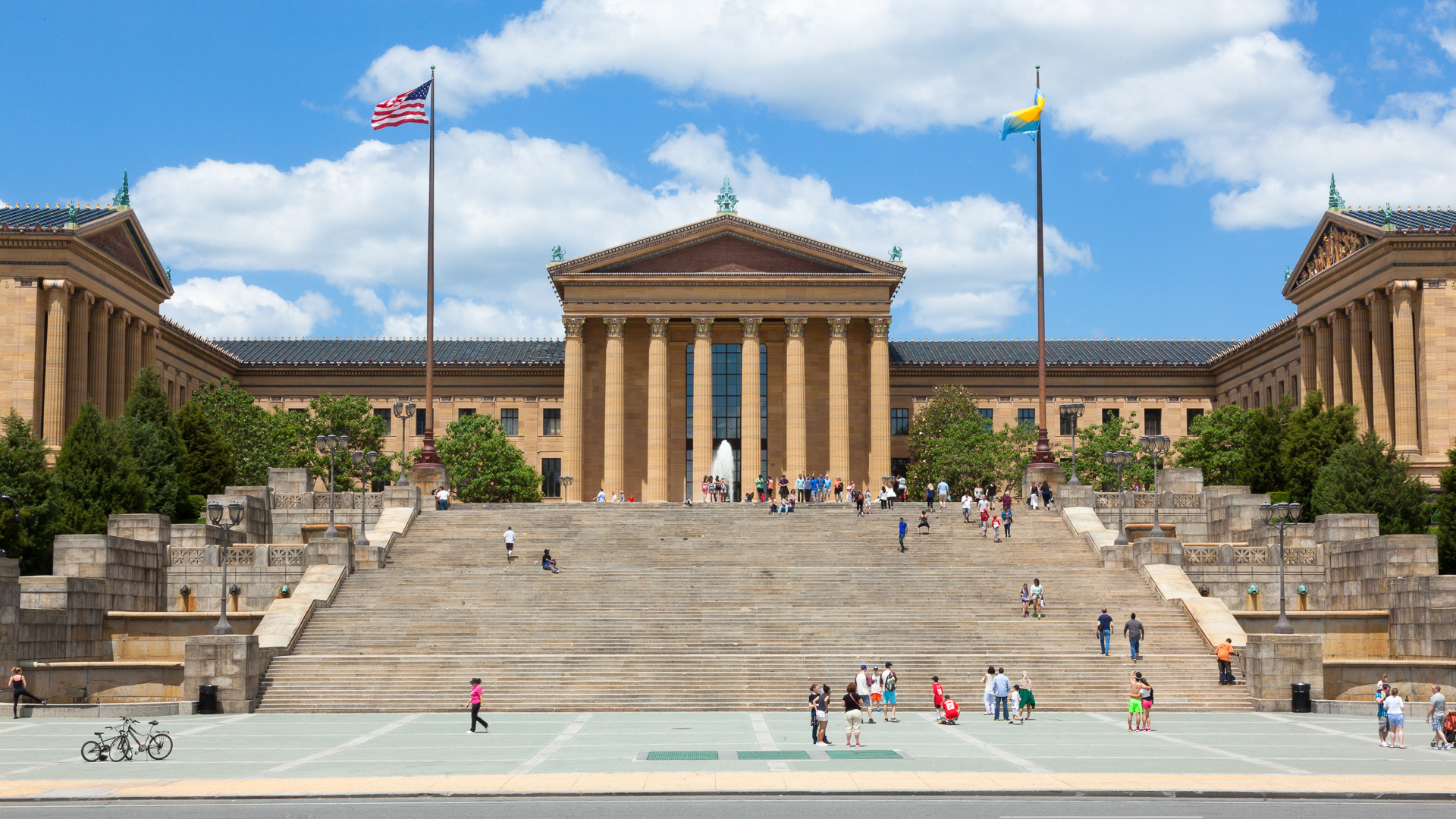 Visit Philadelphia on a Budget

When in Philly, be sure to check out the Philadelphia Museum of Art — one of the most legendary landmarks in the country. It offers pay-what-you-wish admission on Wednesdays from 5 to 8:45 p.m. Plus, the museum’s front steps were famously featured in the film “Rocky,” and running up and down them while humming the theme music won’t cost you a dime.

Franklin Square Park is a must-visit spot, especially if you’re traveling to Philadelphia with kids. It will cost you a little to ride the carousel ($3) or play a round of mini golf ($7-$9), but the square’s playgrounds, fountains and green spaces are free for all to enjoy.

Philly offers just about every variety of cuisine under the sun, but it’s still known for cheesesteaks. If that’s what you’re looking for, head straight to Campo’s Deli where the city’s trademark sandwich comes piled high with thin-sliced ribeye, grilled onions and melted cheese for $9.

For what can only be described as the opposite of a Philly cheesesteak, try out Soy Cafe, an unfussy eatery that serves simple vegan and vegetarian dishes such as the super veggie wrap (ginger hummus, beet, carrot, avocado, cucumber, sweet onion, green pepper and sesame) for $6.75.

January is the cheapest month to fly to Philly by a pretty wide margin, with the average round-trip flight costing around $294. You can also save big by staying at a hostel, which will cost you about $180 for four nights in Philadelphia’s Center City. 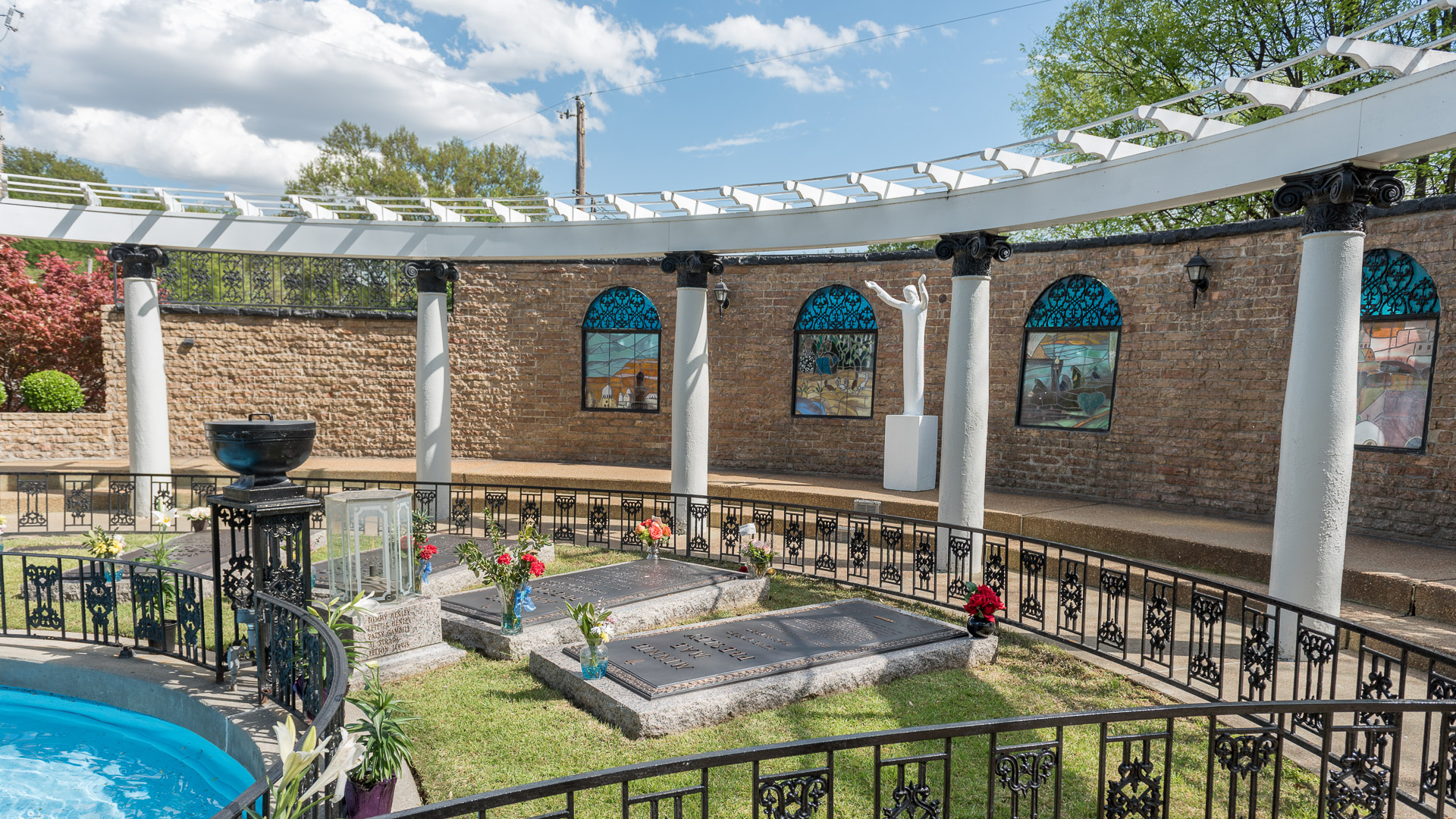 Visit Memphis, Tenn., on a Budget

Memphis is one of the more expensive cities on this list to fly to in any season, but you’ll find the best deals ($353 round-trip) in January. Cheap hotels are hard to find in Memphis, but great deals are available in neighboring West Memphis, where rates are 43 percent cheaper, according to Booking. Several hotels in West Memphis offer a four-night stay for less than $300.

The city offers endless attractions for music lovers. And while you can’t get into Graceland for free — tours start at $38.75 for adults — you can pay a free visit to the Meditation Garden, which includes the Elvis Presley grave site, every morning from 7:30 to 8:30 a.m. You’ll also find plenty of opportunities to catch free live music in Memphis, including more than 50 free concerts every year at the Levitt Shell.

Check out DeJavu for outstanding Cajun fare that’s easy on the wallet, such as a catfish, shrimp or alligator sausage po-boy with one of the dozen-plus side dish options for just $8.25. If you’re looking for something tasty and no-nonsense, head to Dyer’s Burgers, where you can chow down a cheeseburger with a drink and hand-cut fries for $7.49. 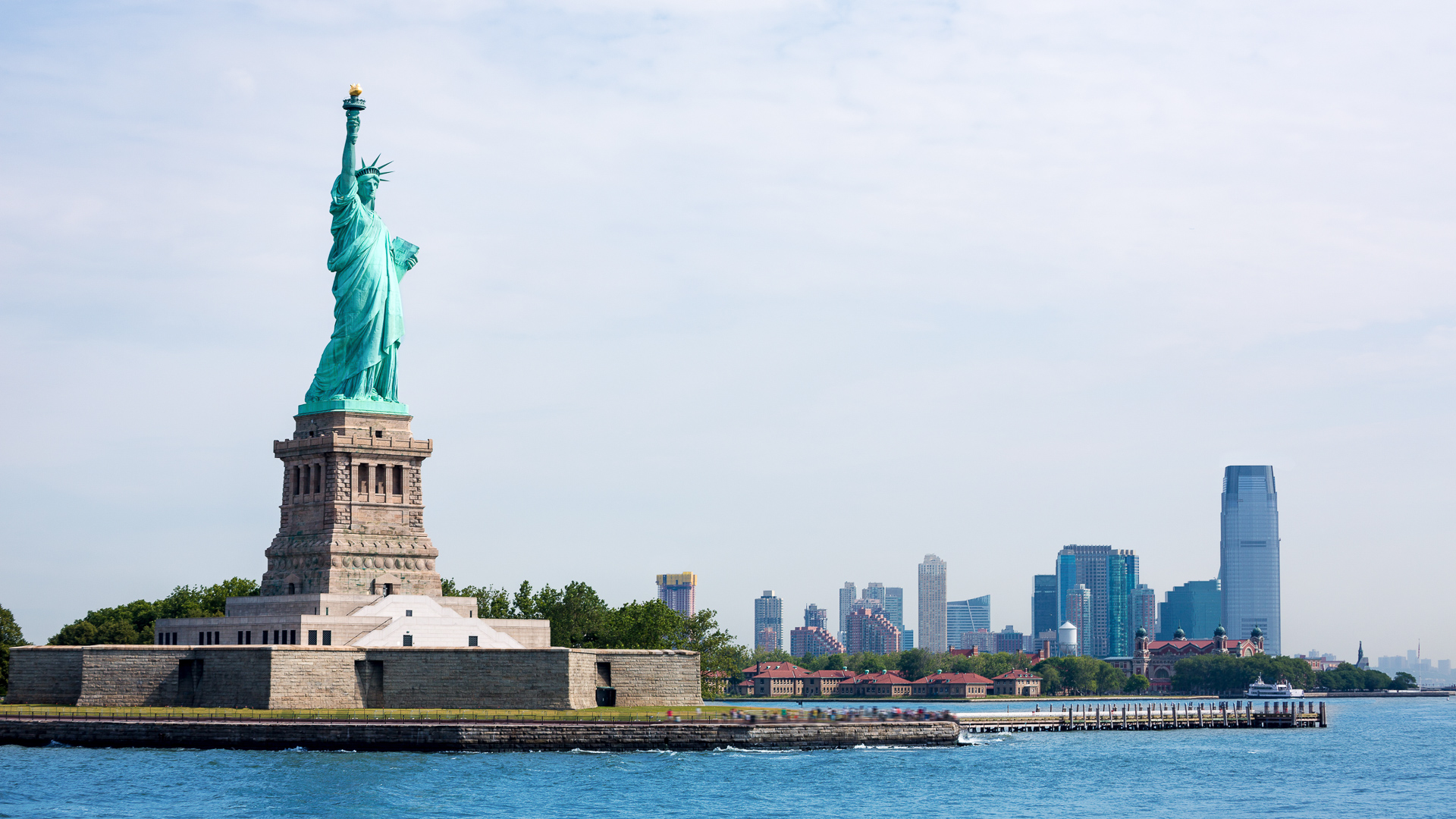 February is the best time to find cheap flights to visit Jersey City, when you can book a round-trip flight to nearby Newark Liberty International Airport for $305. To beat Jersey City’s pricey hotel rates, look to Airbnb, where you’ll find numerous accommodations in Downtown Jersey City and the nearby McGinley Square neighborhood for less than $75 per night.

The culinary abundance of nearby New York City spills over into Jersey City as well. You’ll find dozens of delicious Indian dishes under $10 at Sapthagiri Taste of India. Meanwhile at Romano’s 24 Inch Pizzeria, a New York-style thin-crust cheese pizza goes for just $7.43. 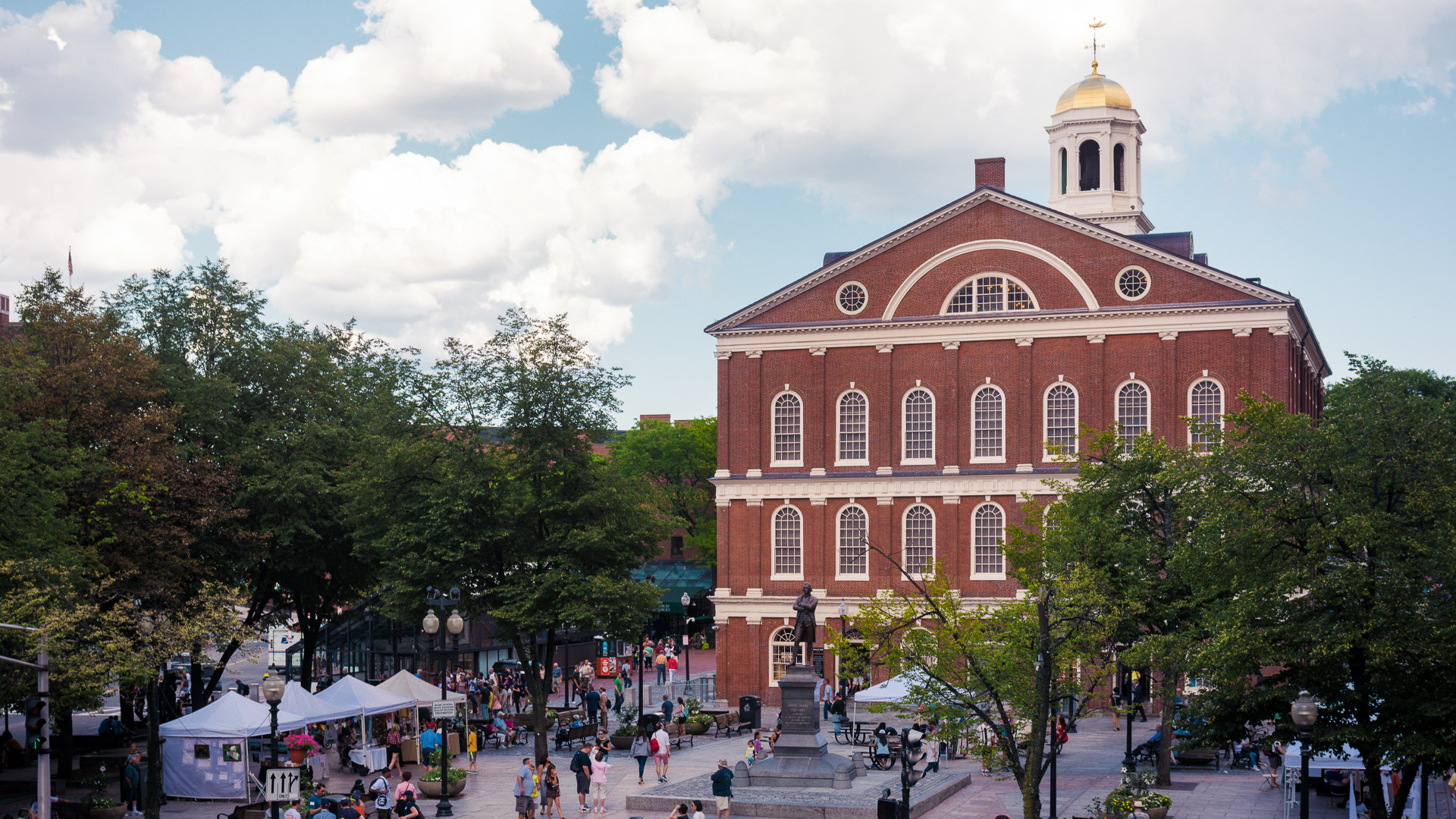 Visit Boston on a Budget

If you have even a passing interest in history, you’ll find the Boston Freedom Trail absolutely engrossing. After all, it’s one of the most historic sites in America. Rather than pay for a guided tour, you can explore the trail on on your own for free. You can also stroll around Faneuil Hall or Haymarket Square, the city’s oldest outdoor market that also happens to be a great place to pick up some cheap eats.

The restaurant scene in Boston offers a little bit of everything, but it arguably does the classics best. As a case in point, check out Thornton’s Restaurant and Cafe, a prototypical American diner where you can order breakfast at any hour. Grab an egg and bagel sandwich with bacon and cheese for $5.60. For a late-night bite, make your way to the Bukowski Tavern, where everything on the menu costs just $6.99 after midnight.

Round-trip airfare to boston costs $286 in May, the cheapest month of the year, though you can also find good deals in January ($294) and February ($292). The real trick is finding an affordable hotel — no small feat in high-rent Boston where it’s rare to spend under $500 for a four-night stay. Your best bet is to check out a neighboring town like Brookline, which is less than 4 miles from downtown but has average rates that are 24 percent cheaper, according to Booking. 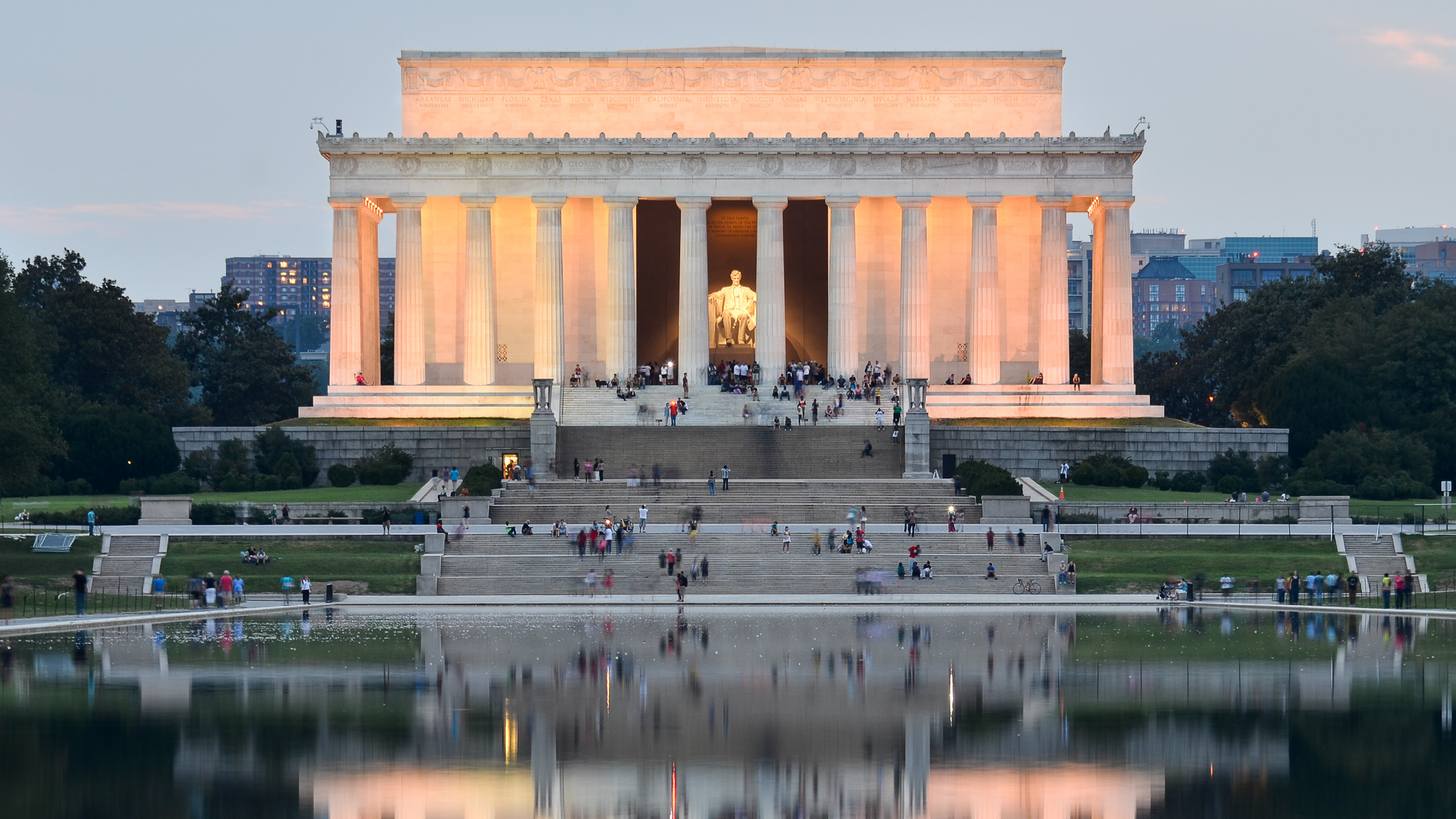 Visit Washington, D.C., on a Budget

Few cities can compete with Washington, D.C., when it comes to free attractions. The legendary landmarks that make up the National Mall and Memorial Parks — including the Lincoln Memorial, Vietnam Veterans Memorial and Martin Luther King, Jr. Memorial — are completely free. The only exceptions are Ford’s Theater and the Washington Monument, which cannot be entered without a ticket, but are completely free to view from the outside. It’s also free to get into all of the Smithsonian museums in Washington, including the National Zoo.

Food-wise, you’ll get plenty of bang for your buck at Well Dressed Burrito, where a massive 16-ounce beef burrito (known as “el Gordo”) goes for $6.75 and comes with a side of rice to boot. For drinks and significantly above-average bar food, your best option is Copycat Co., which offers an Asian-inspired menu of potstickers, skewers, steamed bao buns and pulled pork neck soup that doesn’t include anything over $5.

To save money on your trip to Washington, D.C., plan on going in January, when you can fly round-trip for just $269. Your best bet to find cheap hotels in Washington is to head to the Northwest quadrant of the city, where you can stay four nights at a hotel for as little as $352 or a hostel for just $176. 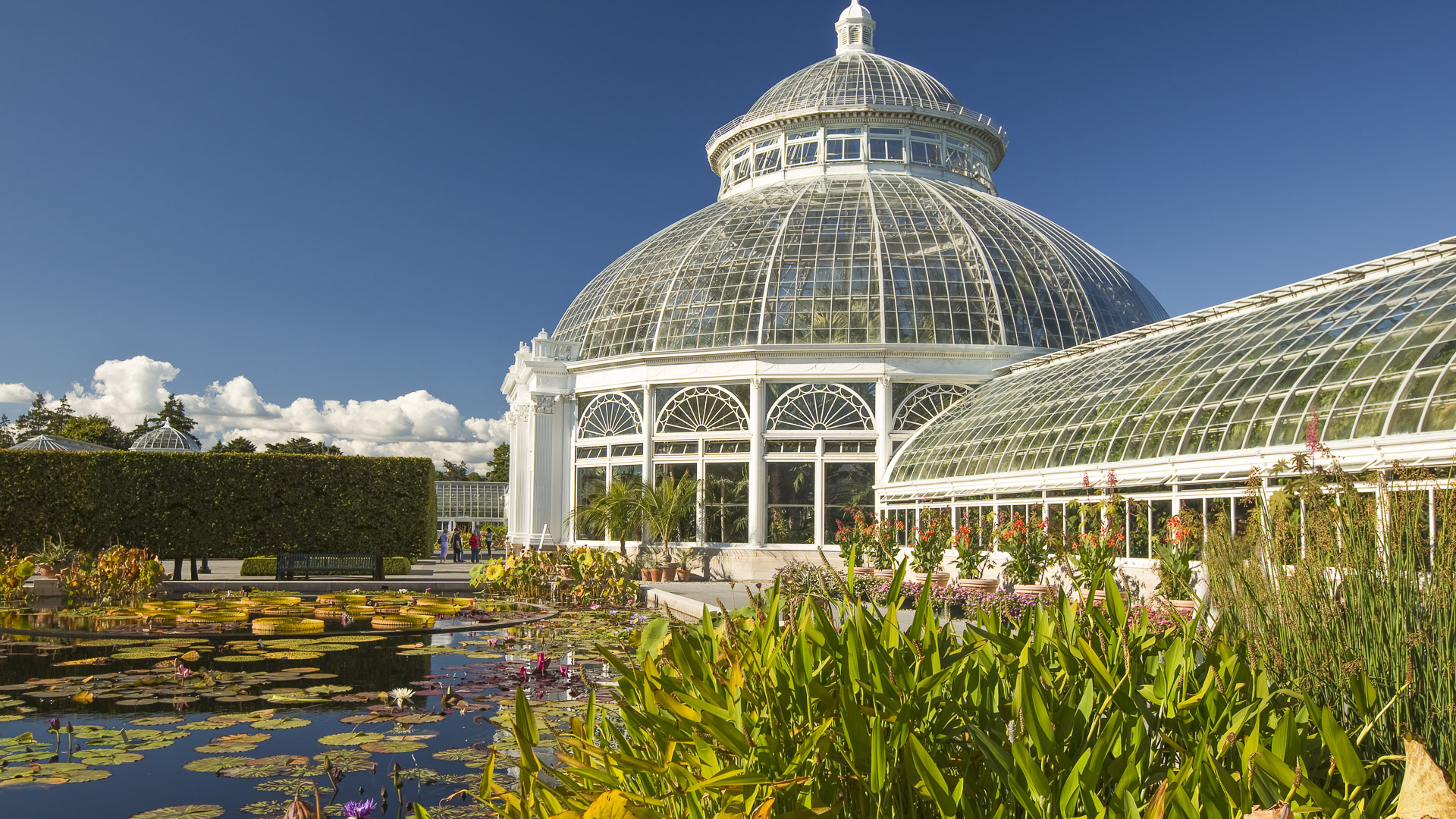 Visit New York on a Budget

You’ll find an incredible range of free things to do in New York, from strolling through Central Park to gazing in awe at the architecture of the New York Public Library. There are also quite a few free options right in the Bronx, including the Bronx Museum of the Arts and Woodlawn Cemetery, whose notable residents include musicians Duke Ellington and Miles Davis.

New York is one of many cities that offers the cheapest airfare during the slow winter months. Round-trip airfare costs $261 in January and $281 in February, the two cheapest months of the year. To save on hotel costs, steer clear of Manhattan. Instead, make the Bronx your home base. According to Booking, lodging in the Bronx is a full 50 percent cheaper than Manhattan.

Your money goes pretty far at Bronx pizza joints like Louie and Ernie’s Pizza, which offers $3 slices and full pies starting at $14. And you’ll find all the New York diner fare you can eat at George’s Diner, another Bronx institution, which serves breakfast, lunch and dinner on a very agreeable budget. Get bacon, eggs and pancakes for $5.95 or a hot pastrami sandwich with coleslaw and a pickle for $5.75.

Read: 6 Ways to Enjoy New York City on the Cheap During Fashion Week 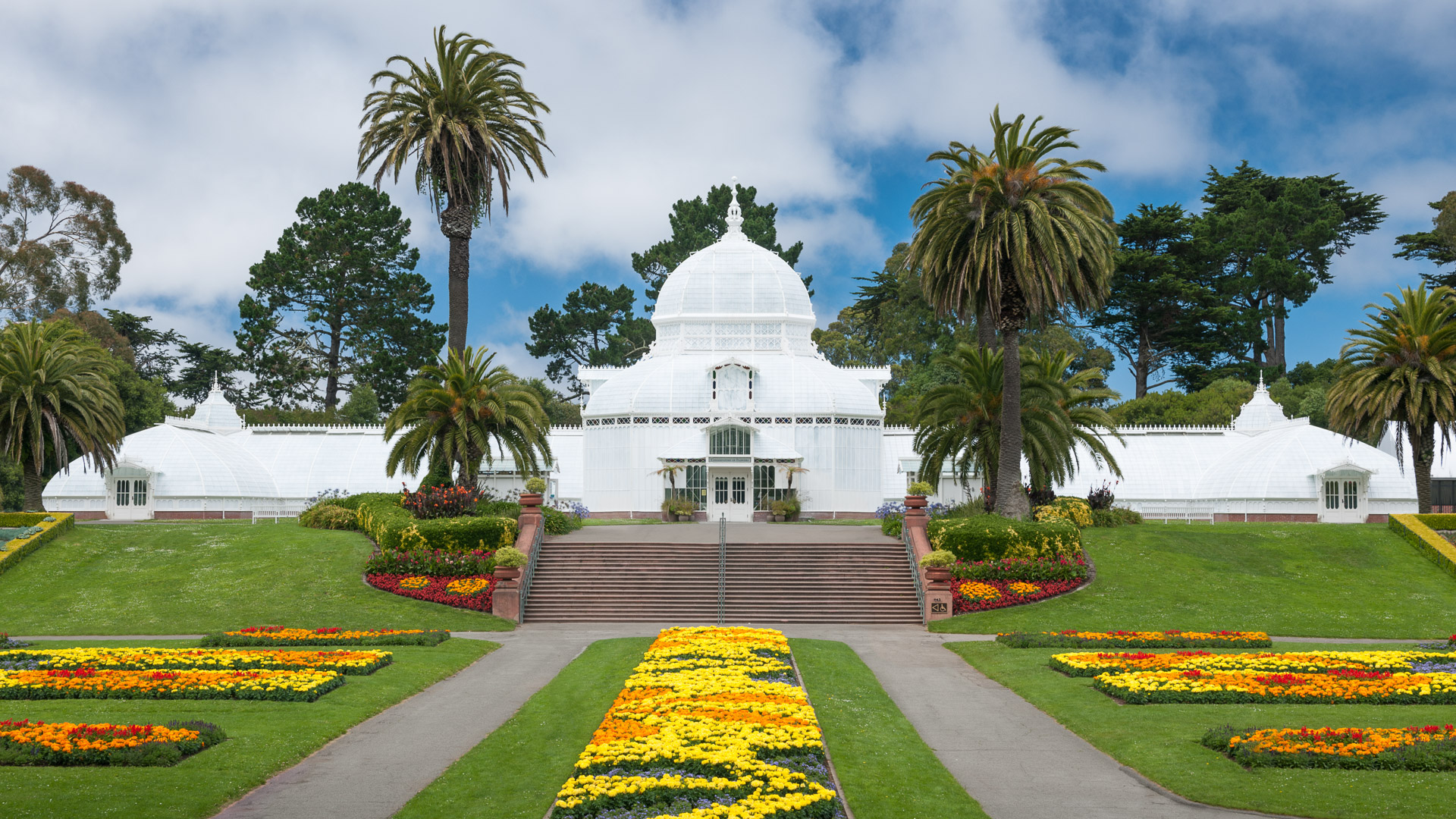 Visit San Francisco on a Budget

Fly to San Francisco in February to snag a sweet deal on a round-trip flight for just $346. October and November are also fairly affordable times to visit with flights costing just $353 and $358, respectively. San Francisco’s lodging is notoriously expensive, but there are deals to be found in Union Square and nearby Downtown, where four nights start at around $380.

In a city as pricey as San Francisco, it pays to find some free entertainment, and Golden Gate Park is a good place to start. While many of the attractions within the park charge an admission fee, the park itself is free. Plus, many of its main attractions offer free admission days throughout each month. Another of San Francisco’s great free pastimes is checking out the ever-changing street art along Clarion Alley.

Head to Devil’s Teeth Baking Company for breakfast or lunch on the cheap, and enjoy an ever-changing selection of quiche at $4 per slice. They also excel at desserts and serve up some really top-shelf coffee. Later on, you can make your way to Hot Sauce and Panko for some of the best chicken wings in town. Order six wings doused in any of their 20-plus sauce flavors for $6.89, or have your wings served atop a fresh, flaky waffle for $10.99.

Up Next: Cheap Travel Destinations You’ll Actually Want to Visit