US Counties Where Climate Change Will Cost the Most 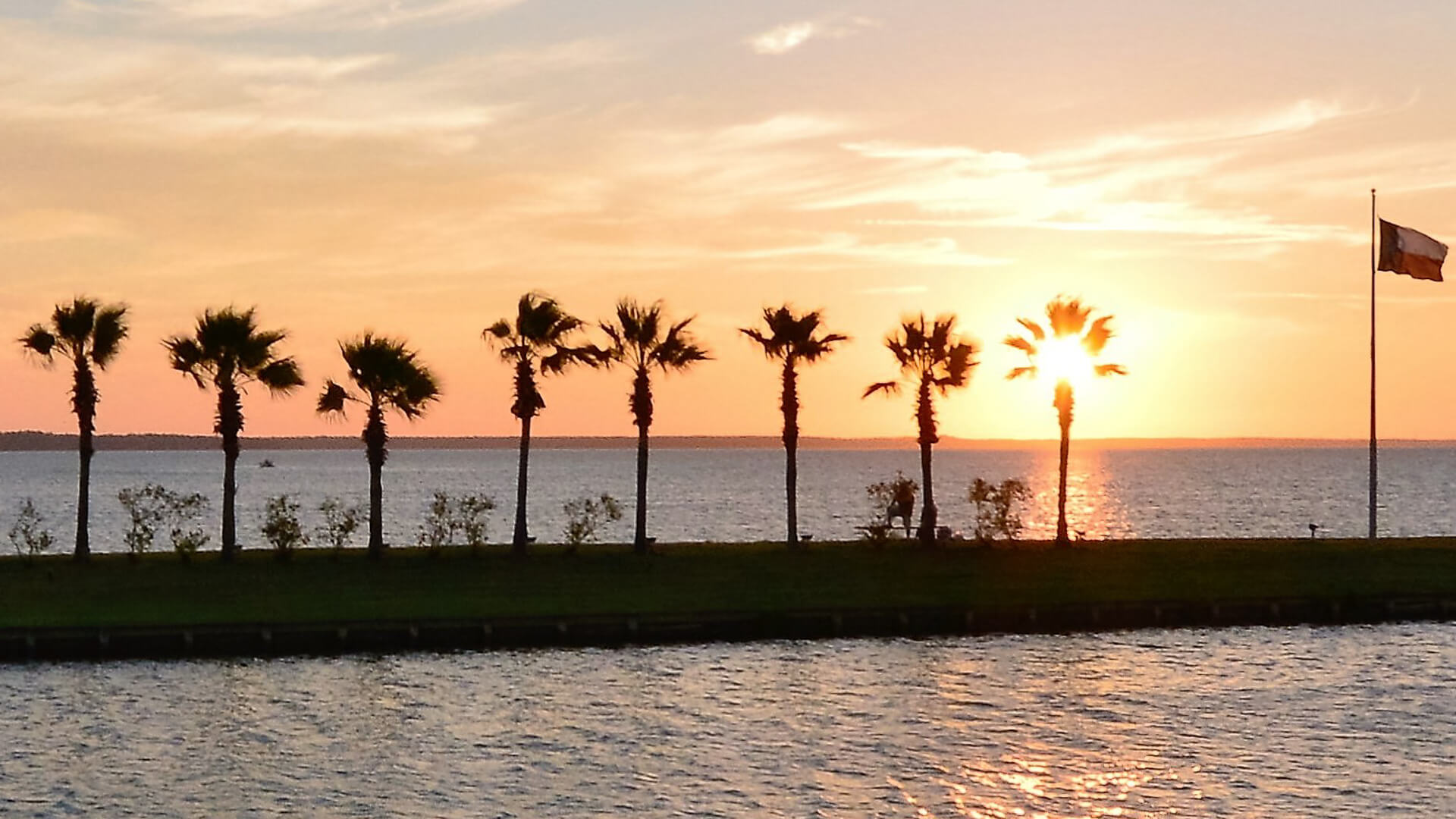 In an interview with Governing magazine, Robert Kopp, a climate policy scholar at Rutgers University, had a piece of cautionary advice: “If you’re making investments that are going to last for decades, you’d better be aware of how the environment will change.”

Kopp, along with a team of researchers at Rutgers University, conducted a study that estimated which U.S. counties will be hardest hit by climate change by the end of the century. The study, published in a June 2017 issue of Science Magazine, compared climate projections with various economic effects, such as mortality, crop yields and energy expenditures. According to the study, the southern U.S. is expected to be struck the hardest, with tourist destinations and agricultural areas suffering the worst damage.

Click through to see which counties are likely to be affected most by climate change, and why some of the poorest U.S. cities are most susceptible. 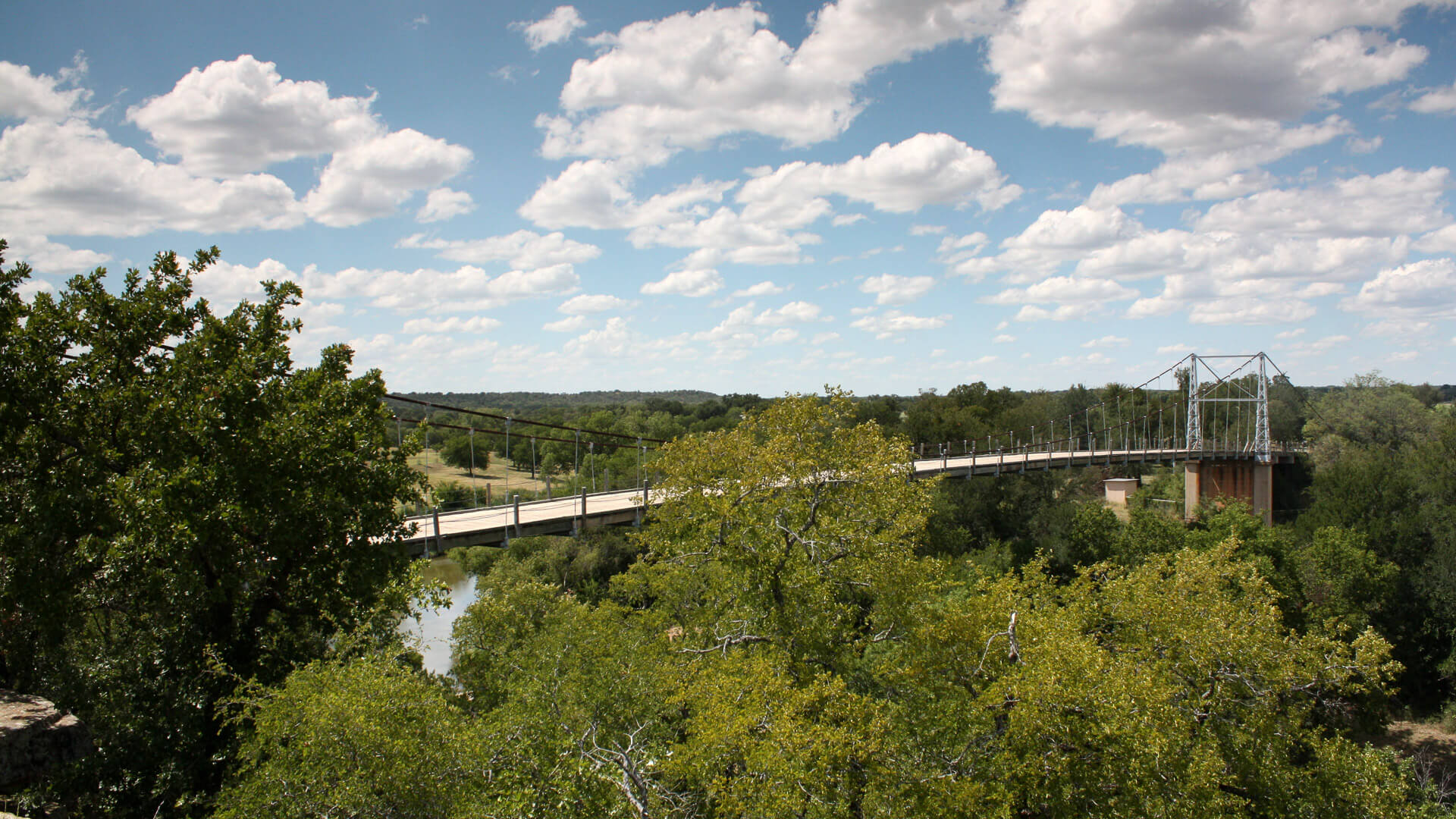 Named for the San Saba River that flows through it, San Saba County relies heavily on forestry, fishing and hunting for its economy. The county also produces agricultural crops that include grain sorghum, wheat, oats, pecans, fruits, peanuts and hay.

See which counties climate change will affect the least. 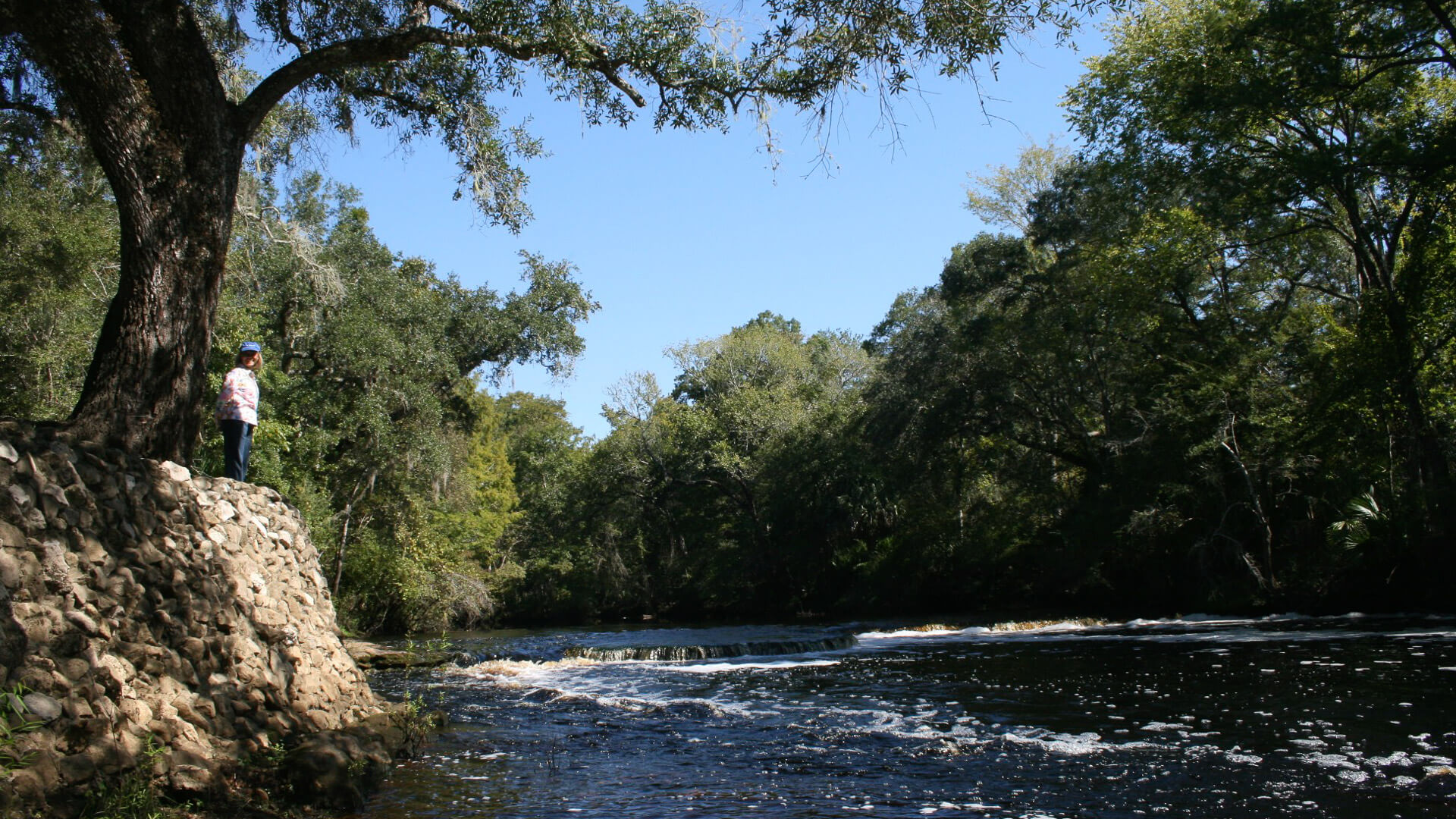 Nestled along the Gulf of Mexico, where the Gulf Coast meets the Florida Panhandle, Taylor County has seen jobs decrease by 2 percent in a year, and climate change in America will likely have a greater impact on the county’s economy by the end of the century. 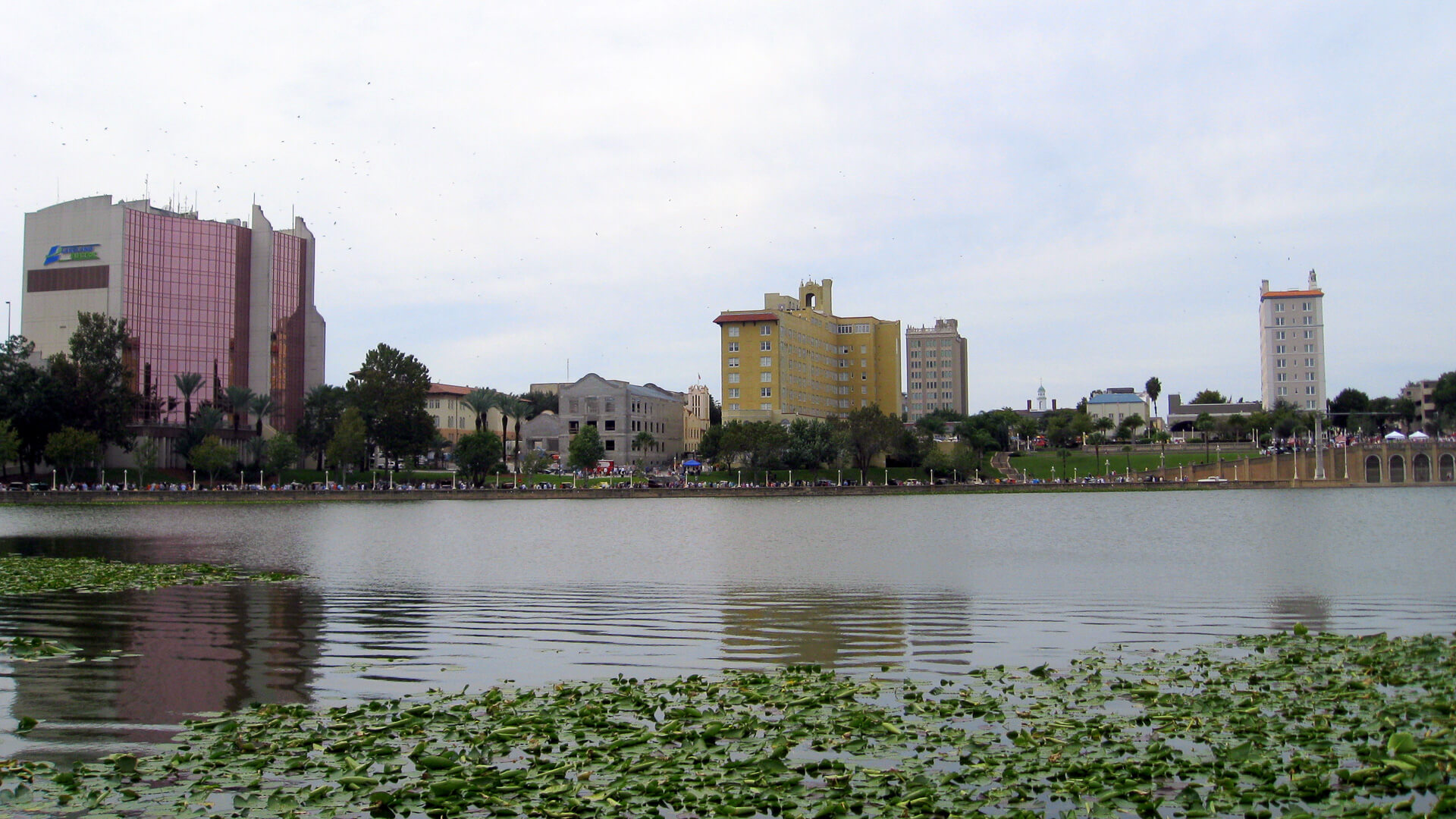 Just outside the Orlando metro area, Polk County’s economy relies mainly on arts, entertainment and recreation. Recreational lakes also dot the county, which relies on jobs in the forest, fishing and hunting industries as well. As increased temperatures dissuade tourists from visiting, the county’s economy could take a hit.

Disney, Beaches and More: Your Guide to Florida Travel on a Budget 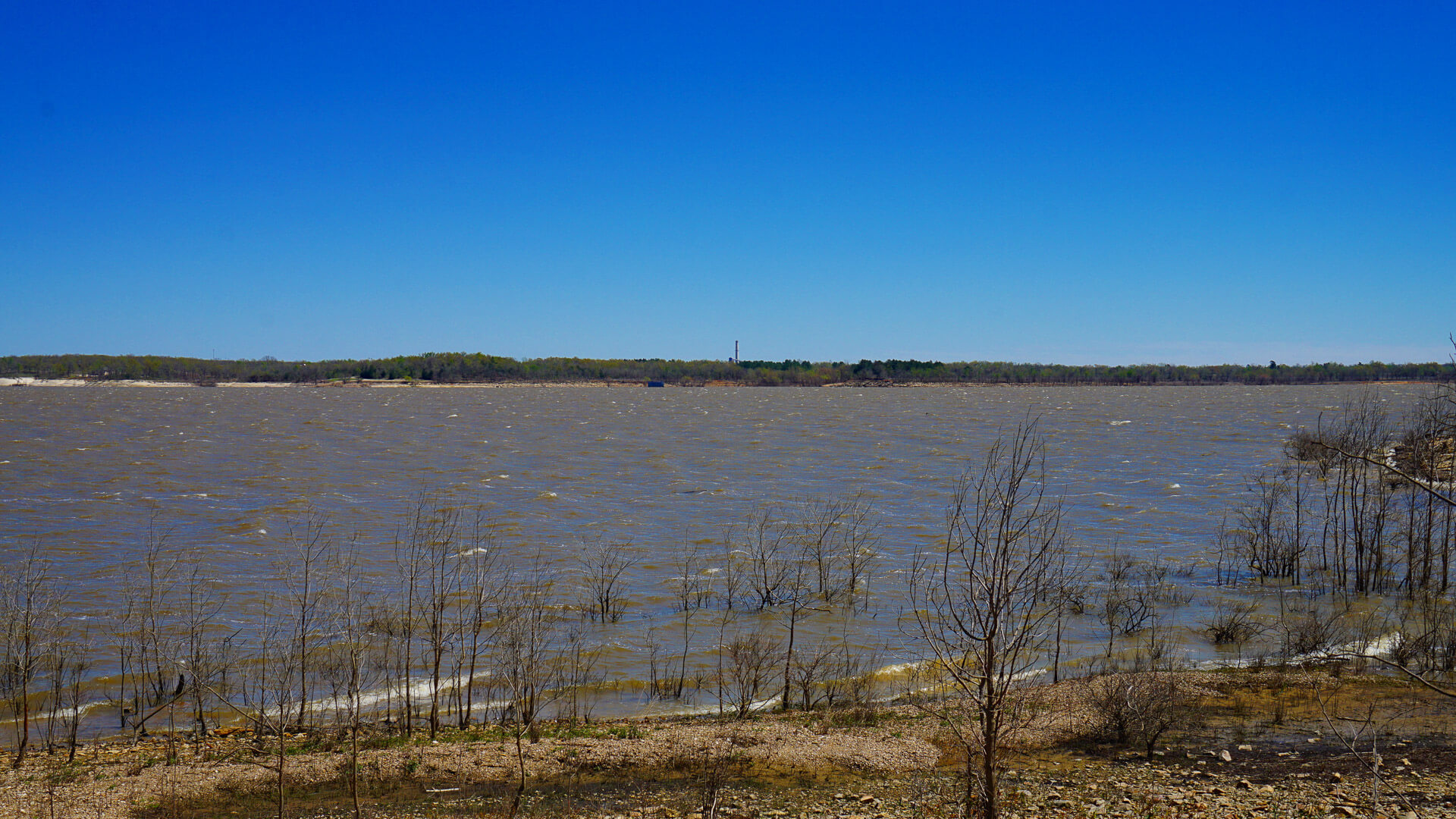 Choctaw County is a recreational paradise that has natural attractions such as Hugo Lake and Raymond Gary State Park. It is little wonder that climate-sensitive industries such as forestry, fishing, agriculture and hunting figure prominently in the county’s economy. Other major sources of income for the economy come from sand and gravel mining. 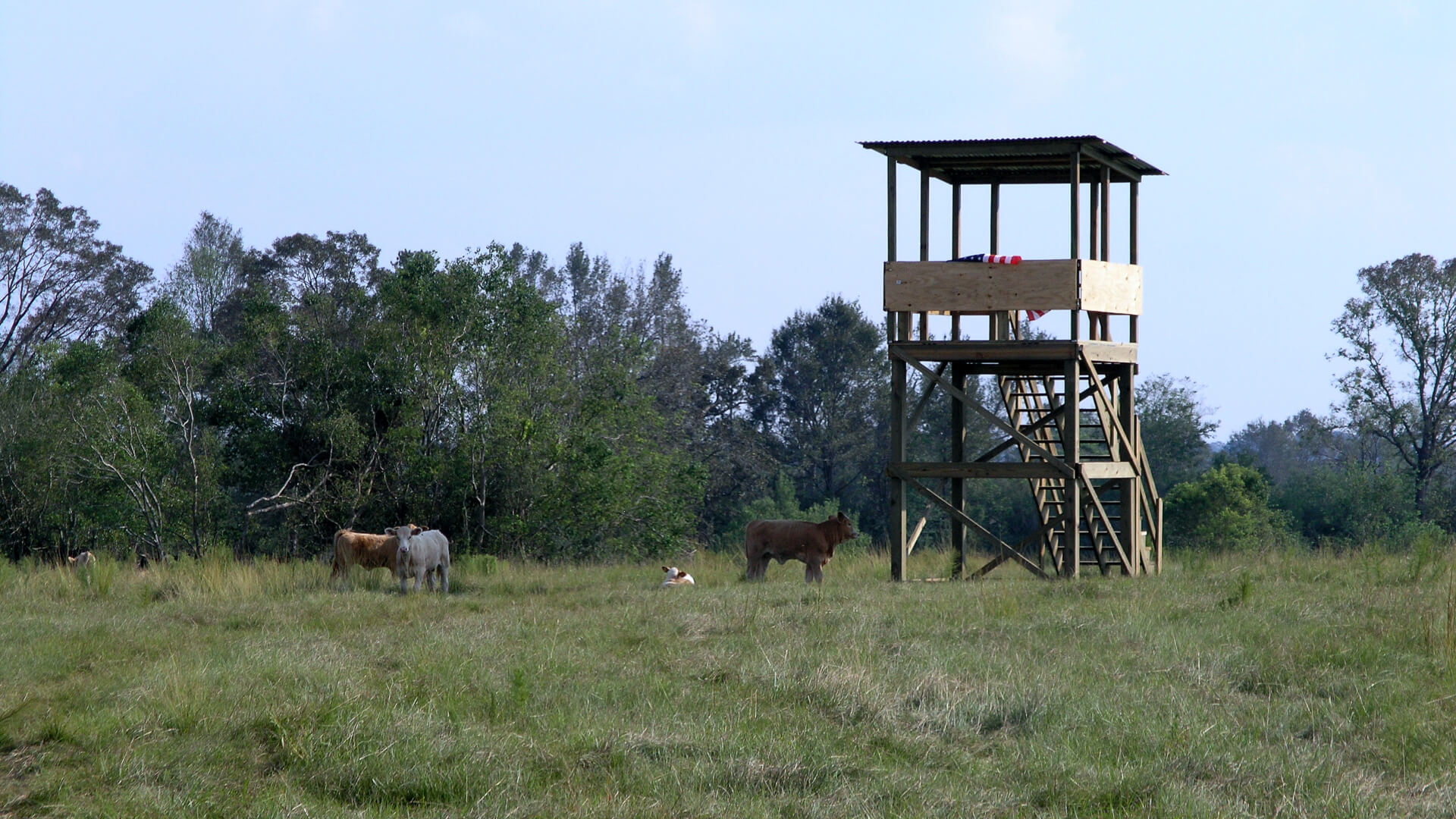 Walthall County has a poverty rate of more than 24 percent, according to the U.S. Census Bureau, and its economy is already tenuous at best.

The median household income declined by more than 10 percent in a one-year period, and the number of employees fell by 5.26 percent. Manufacturing, construction and healthcare jobs in Tylertown, the county seat, are major providers of household income.

Check Out: The Best Places for Aspiring Millennial Homeowners 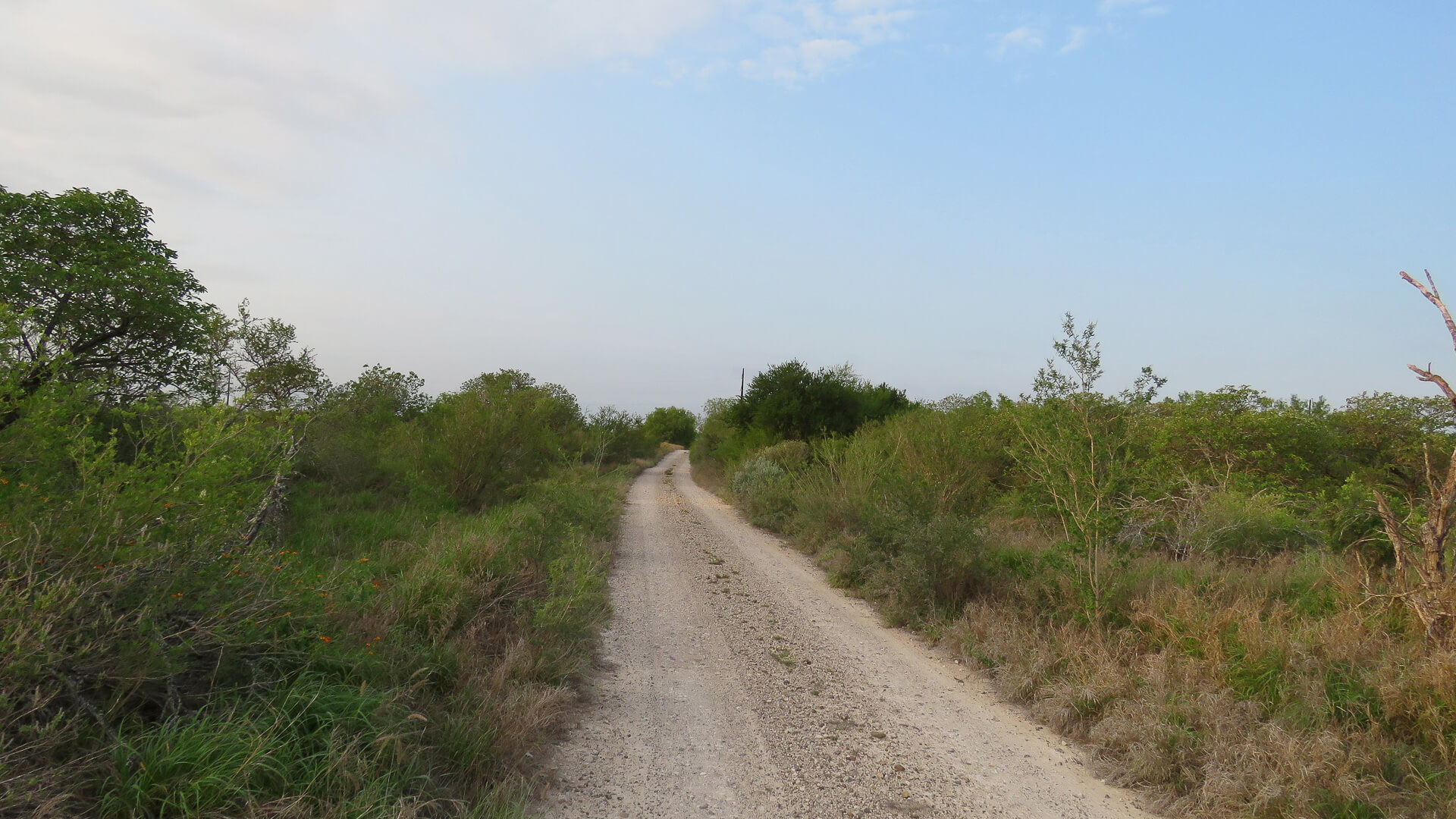 Sharing its southern border with Mexico, Starr County enjoys a 305-day growing season. Twenty-two inches of annual rainfall add moisture, but subpar soil such as caliche makes less than 1 percent of the county ideal for farming.

Although the county has been one of the top producers for crops such as melons, bell peppers and onions, increasing temperatures make it more difficult to profit from agriculture. 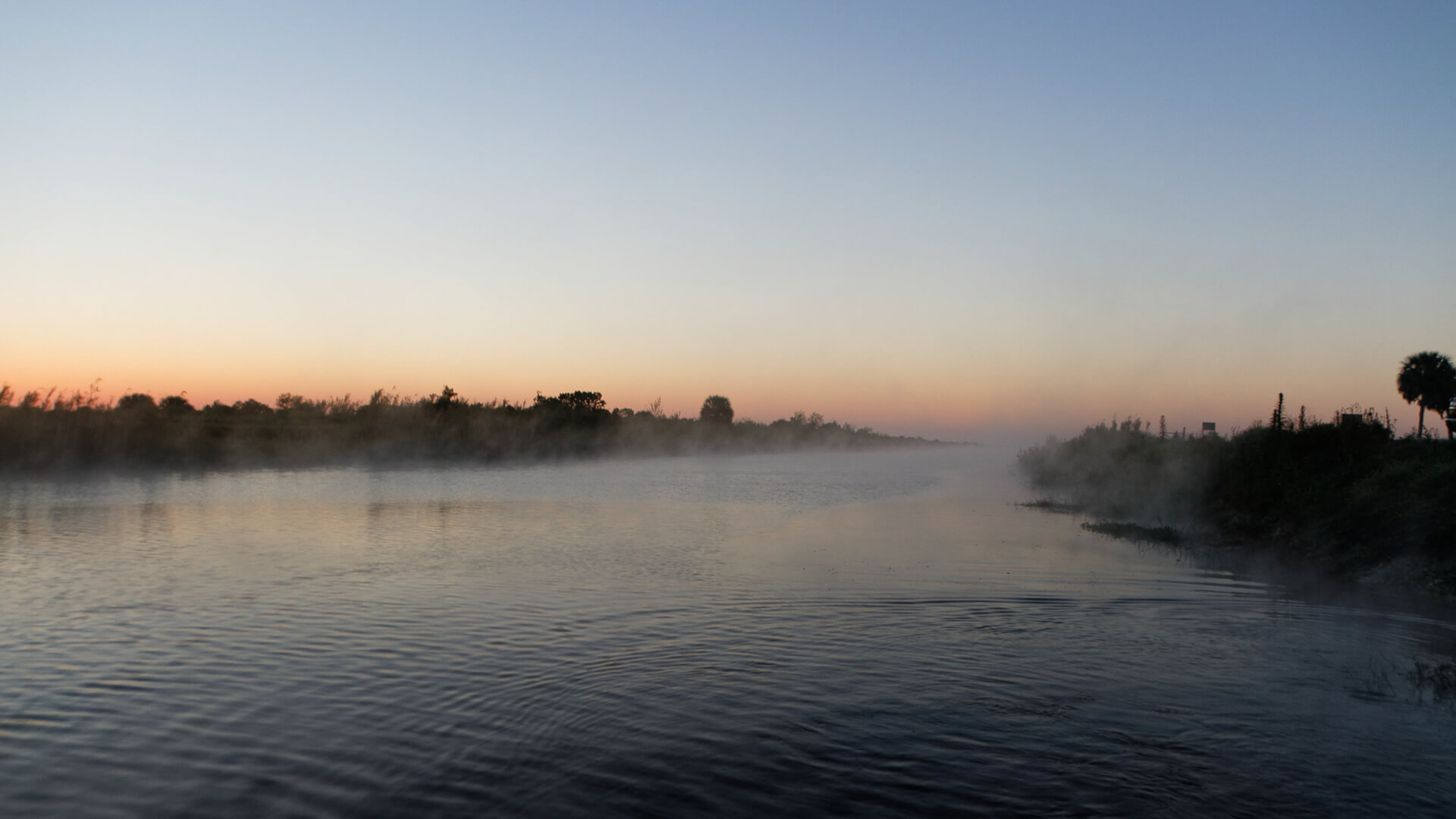 Okeechobee County has an economy that relies heavily on jobs created by the namesake lake that it borders. Glistening sunsets over the lake’s waters and serene natural surroundings belie the fact that 20 percent of the county’s residents already live in poverty.

As rising temperatures change the look of the land over the following decades, the county’s economy will be among those that suffer the most nationwide.

Willacy County is home to a long stretch of the Padre Island National Seashore, where winter visitors and spring-break partiers spend their tourism dollars.

What most visitors don’t realize is that nearly 40 percent of county residents live in poverty, a statistic that is sure to climb as temperatures warm and natural areas experience the cost of climate change. 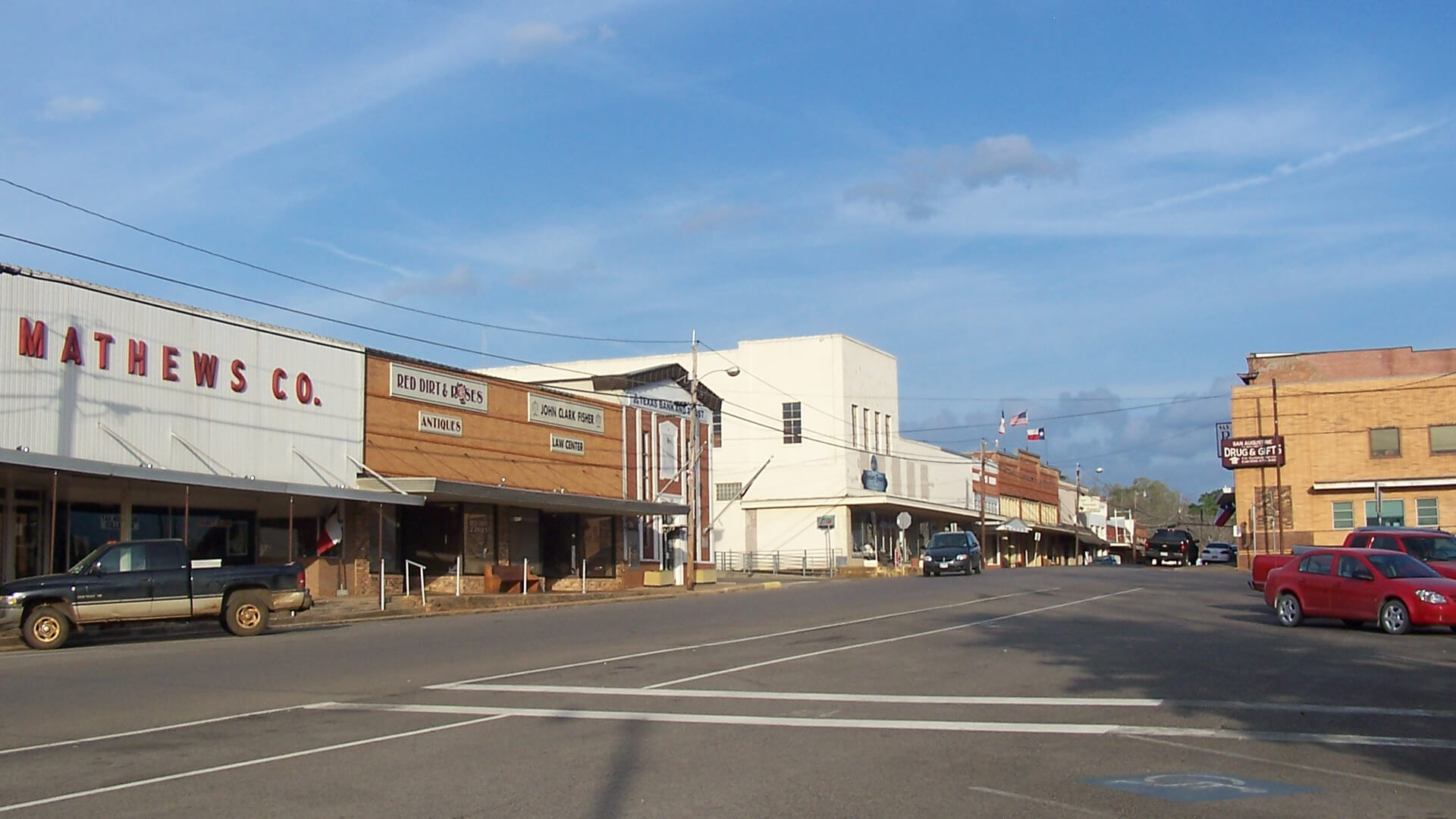 The county is home to areas of the Sabine National Forest and Angelina National Forest, with the economy relying heavily on forestry, hunting and fishing. Those areas will feel the devastating effects of climate change as temperatures creep up over the upcoming decades. 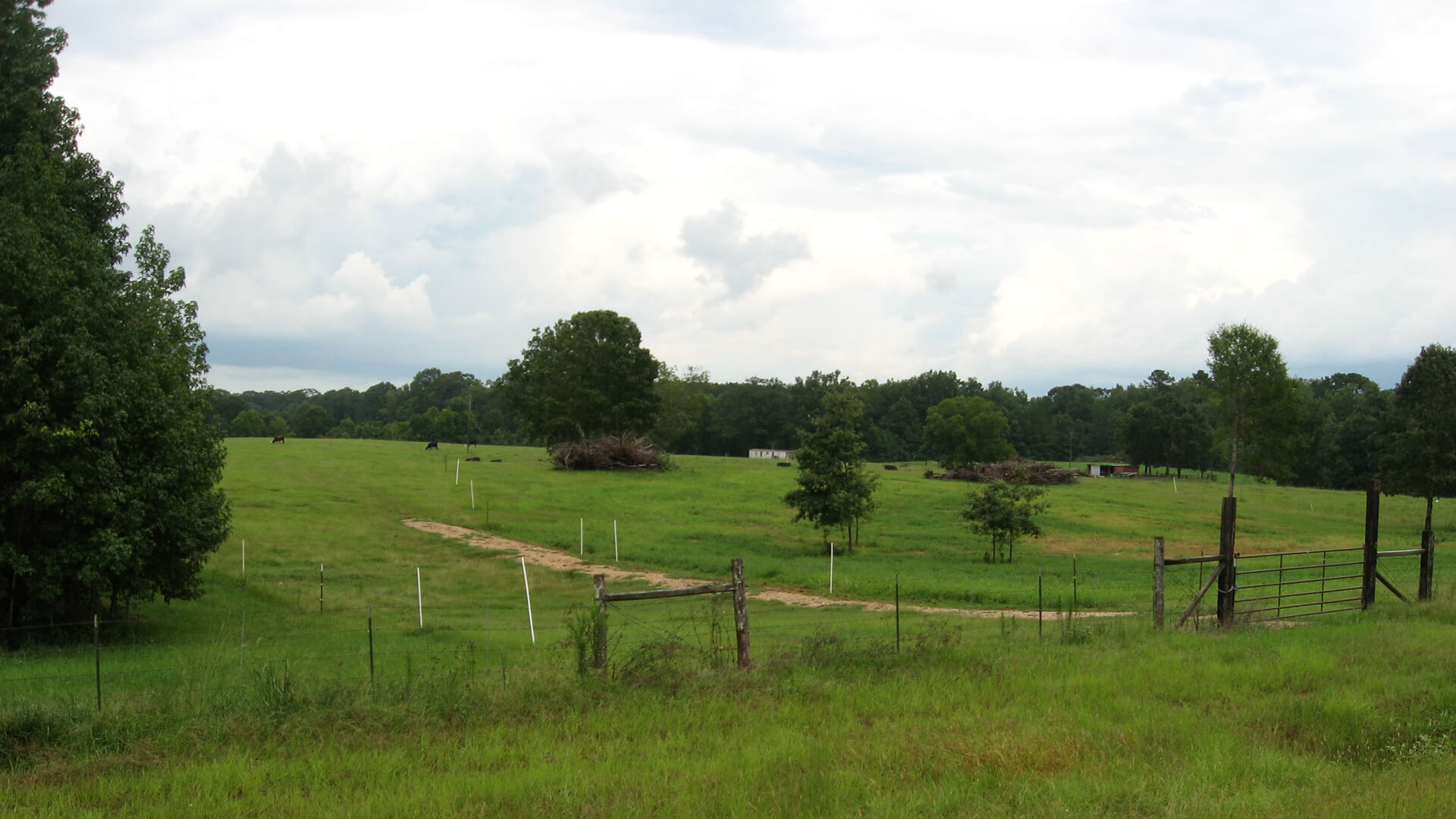 Tucked amid natural areas that include the Homochitto National Forest, Clark Creek Natural Area and St. Catherine Creek National Wildlife Refuge, the county’s economy relies heavily on forestry, fishing and hunting ― sectors that will feel the punch from climate change.

Start Planning: 50 Beautiful National Parks You Can Visit for Free 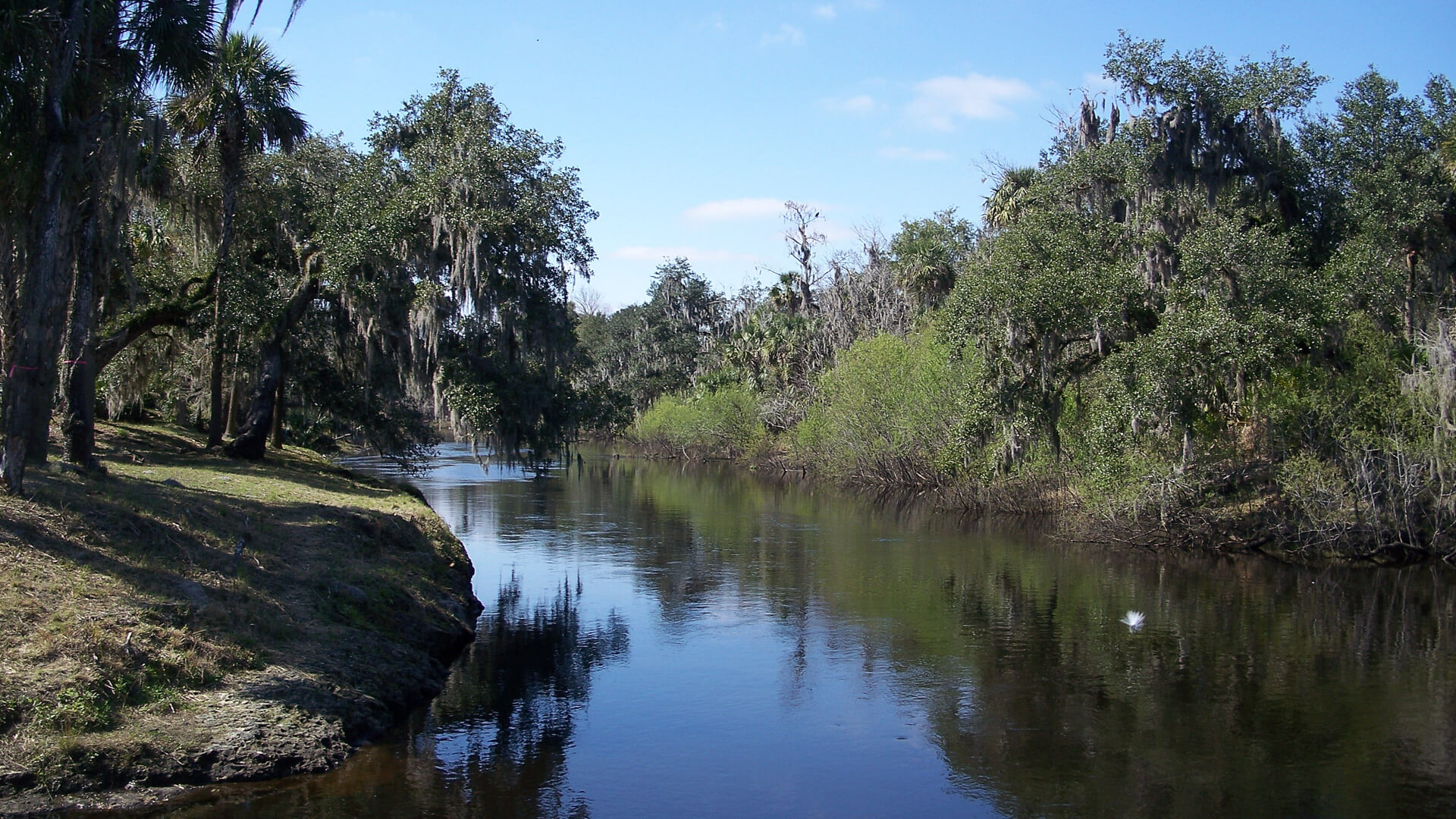 With natural attractions that include state and county parks and the Zolfo Springs recreation area, much of Hardee County’s economy relies mainly on forestry, fishing, hunting and tourism.

As summer heat and humidity extend into more months because of climate change, the tourism season will shorten, affecting the economy. 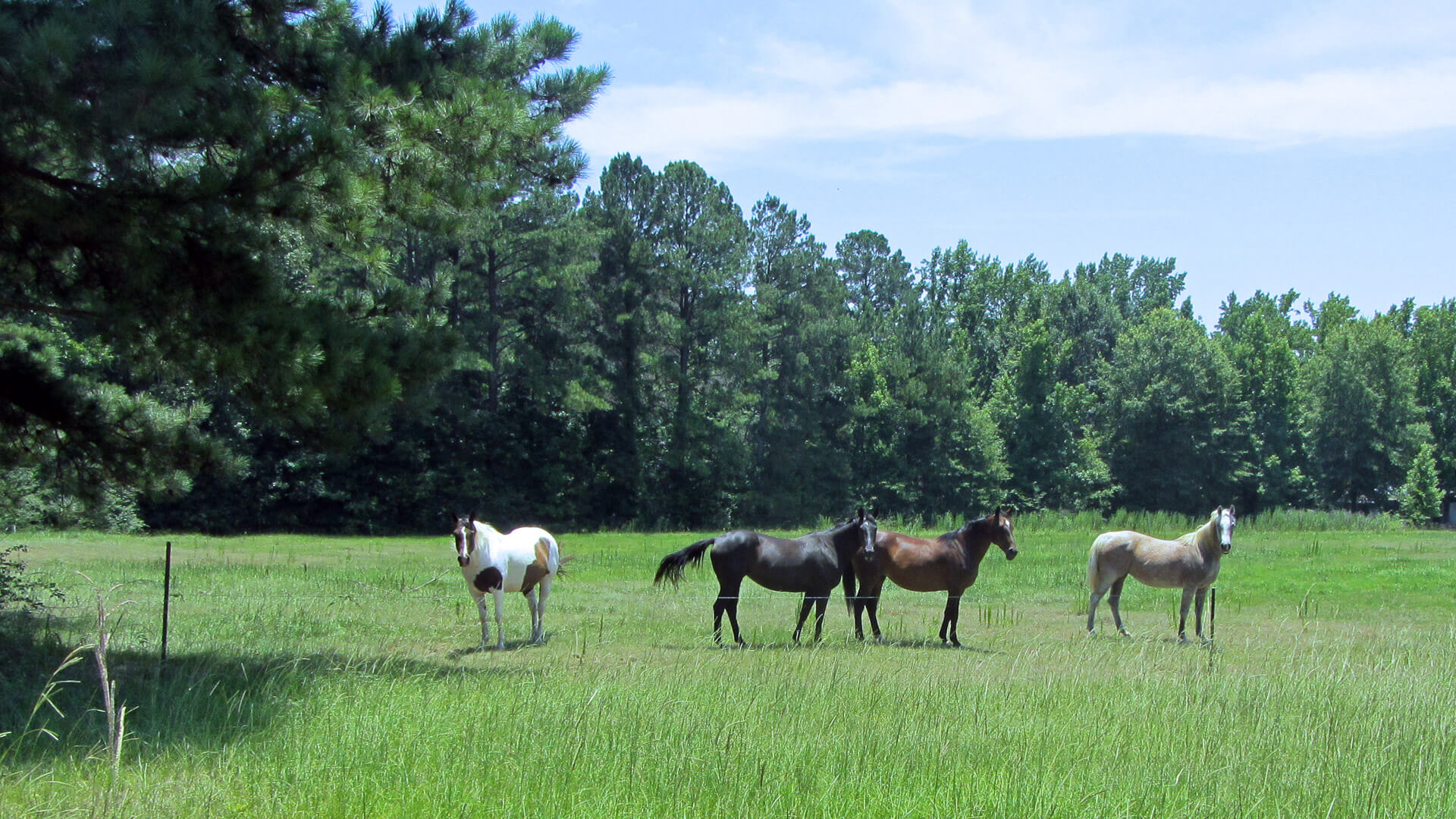 Crops such as soybeans, which experience lower yield due to the effects of climate change, are staples of Leake County’s agriculture-based economy.

The county also is the state’s top producer of poultry and eggs. However, poultry is notably sensitive to heat stress, which reduces their weight gain and egg-laying frequency. 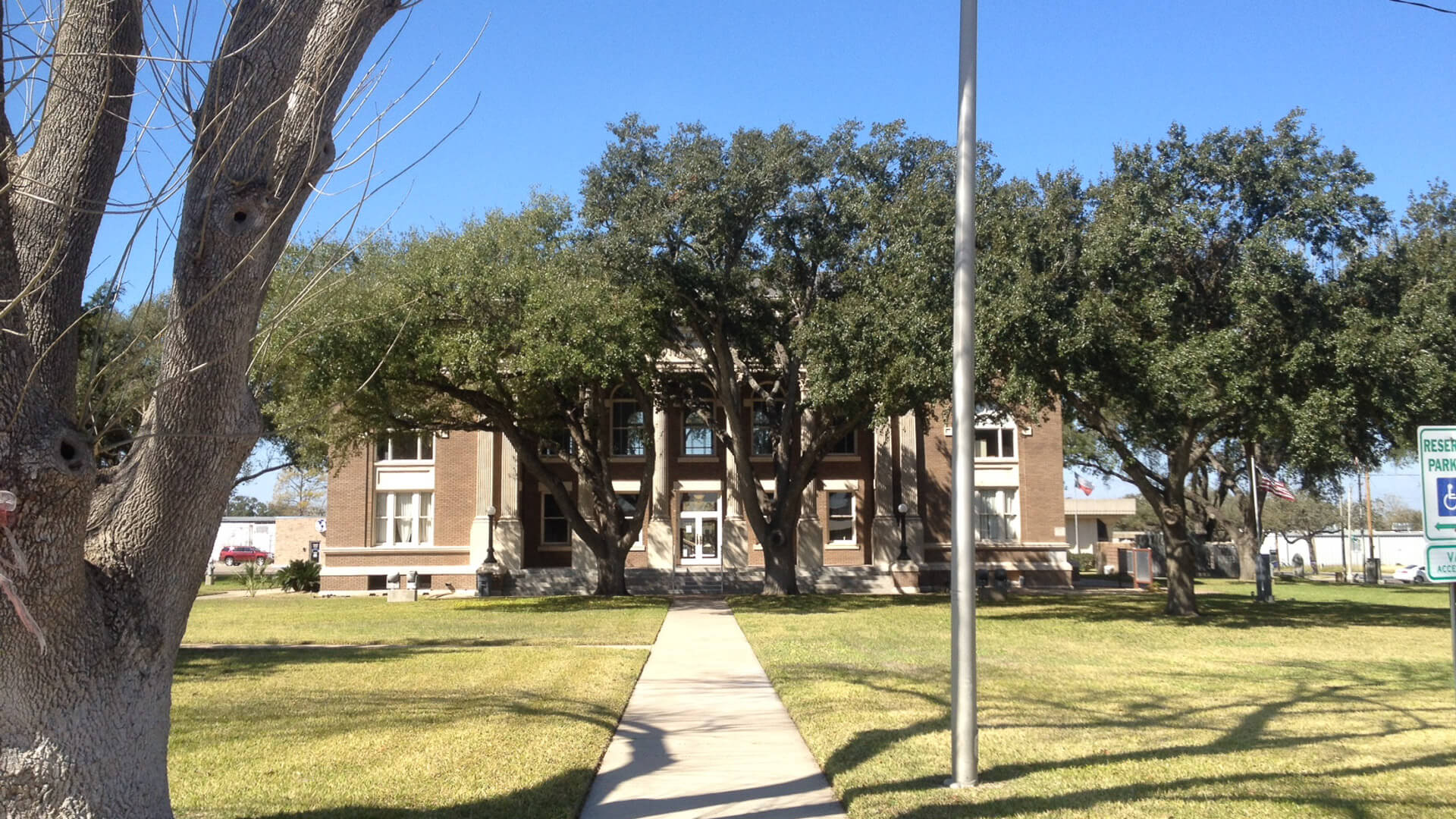 Located deep in South Texas, Brooks County already has hot weather that puts it in the news regularly. Temperatures that climb to 100 degrees, with high humidity, have contributed to heat-related deaths of more than 550 undocumented migrants illegally crossing into Texas since 2009.

To top it off, nearly a third of the county’s residents live in poverty, a number that is sure to rise as climate change affects the area’s agriculture, mining and forestry-based economy.

See: The Most and Least Fiscally Successful States 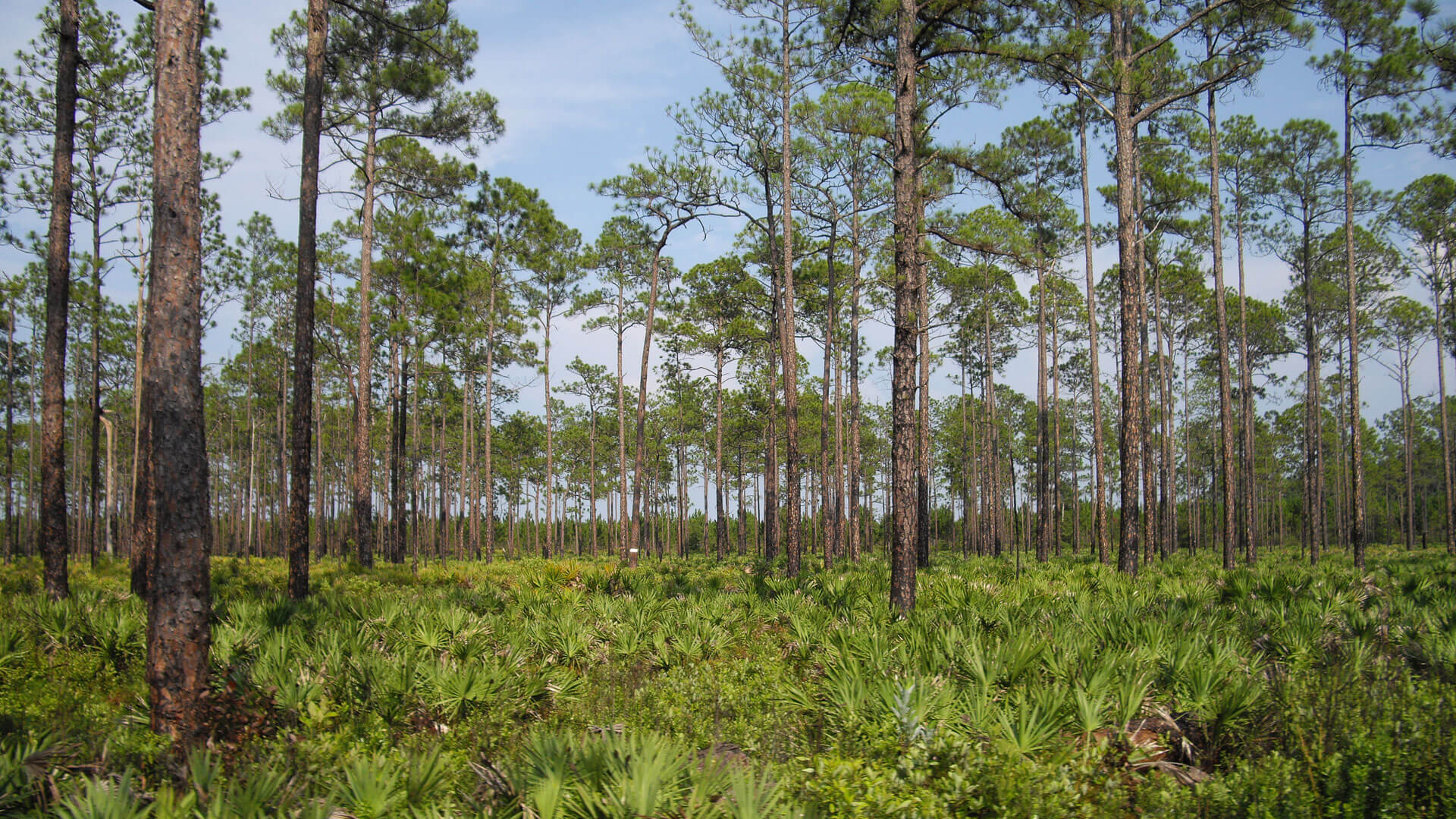 The Okefenokee National Wildlife Refuge makes up a significant portion of Charlton County. With swampy humidity and temperatures that reach the mid-90s, hotter days will make life close to unbearable during summer months.

In a direct relation to climate change, an increase in energy use of 12.7 percent is expected. Wildlife will feel the effects, too, but without the ability to crank up the air conditioner. Climate change is expected to result in declining numbers of wildlife and a drop in the county’s hunting, fishing and forestry-based economy. 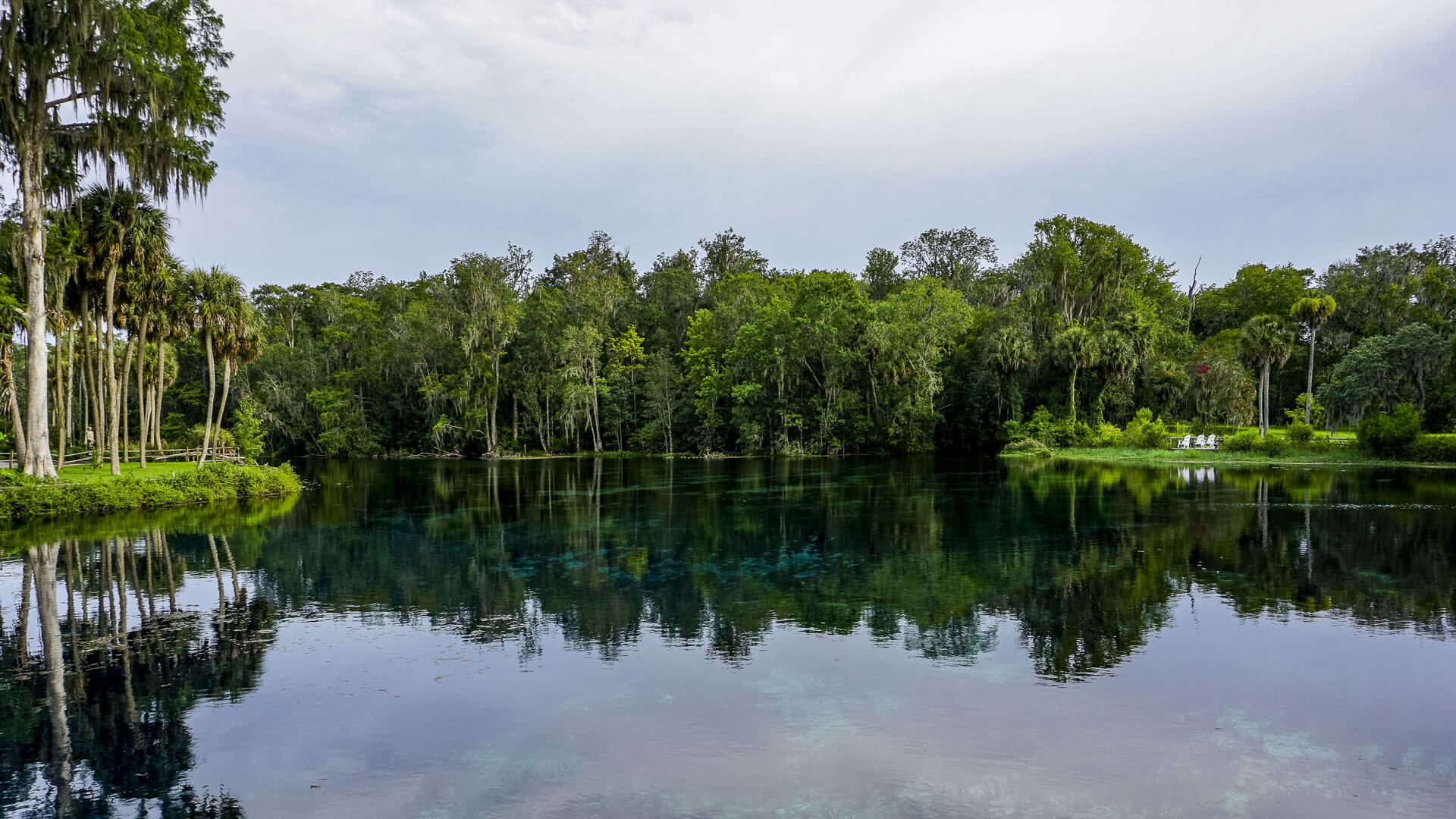 Marion County has a diverse economy, from forestry and tourism — Ocala National Forest and Silver Springs are big draws — to manufacturing centers in Ocala and a reputation as the horse capital of the world.

With summertime temps already in the 90s and humidity even higher, increased temperatures could have a devastating effect on the economy. 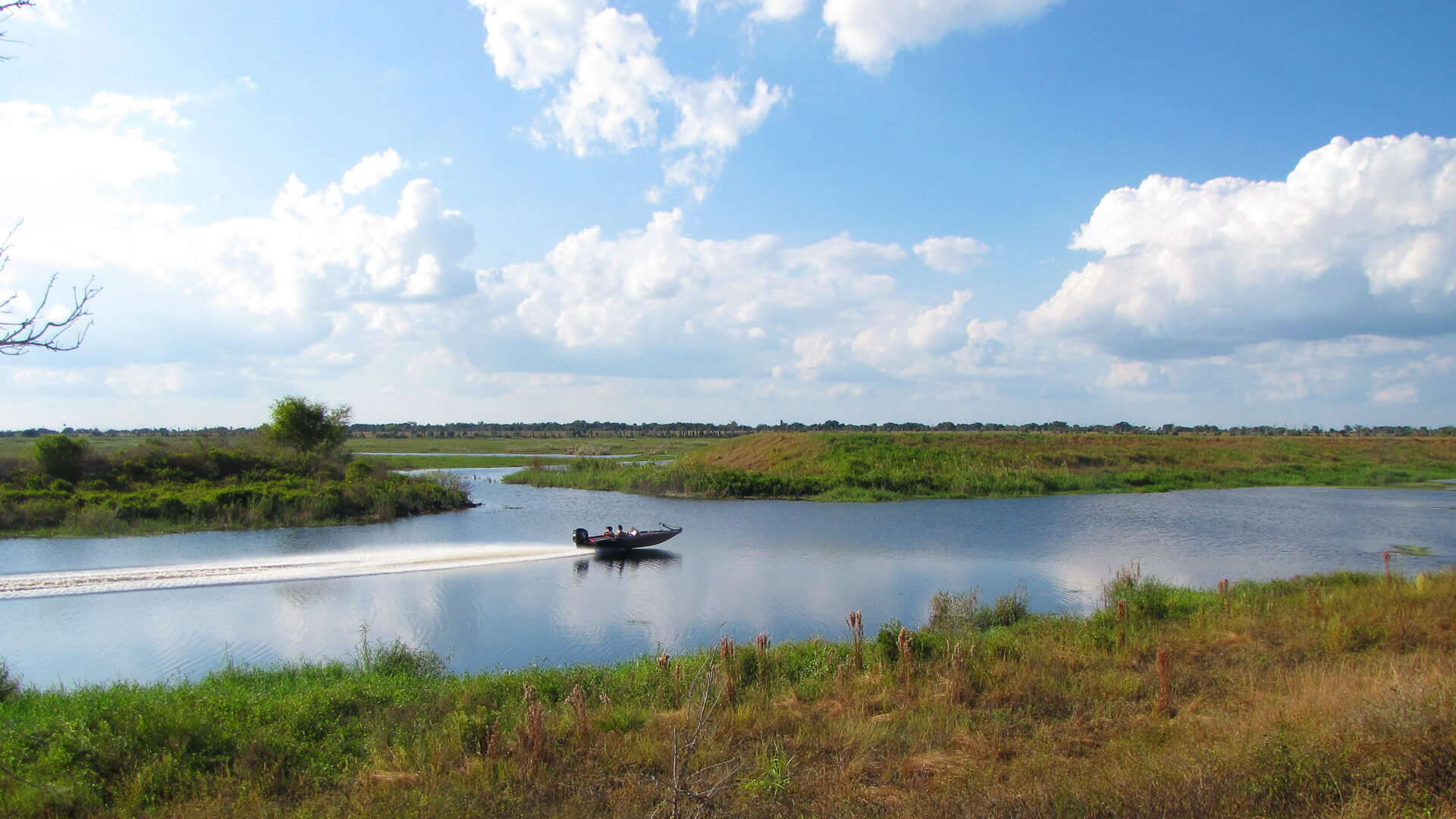 B A Bowen Photography / Flickr.com

Tucked along the western shore of Lake Okeechobee — and situated only a few hours drive from the sadly disappearing Everglades National Park — Glades County relies heavily on tourism with jobs in forestry, fishing hunting, entertainment and recreation prominent in the area.

The county currently is enjoying growth in property values and median household income but is expected to endure the heavy cost of climate change late in the century. 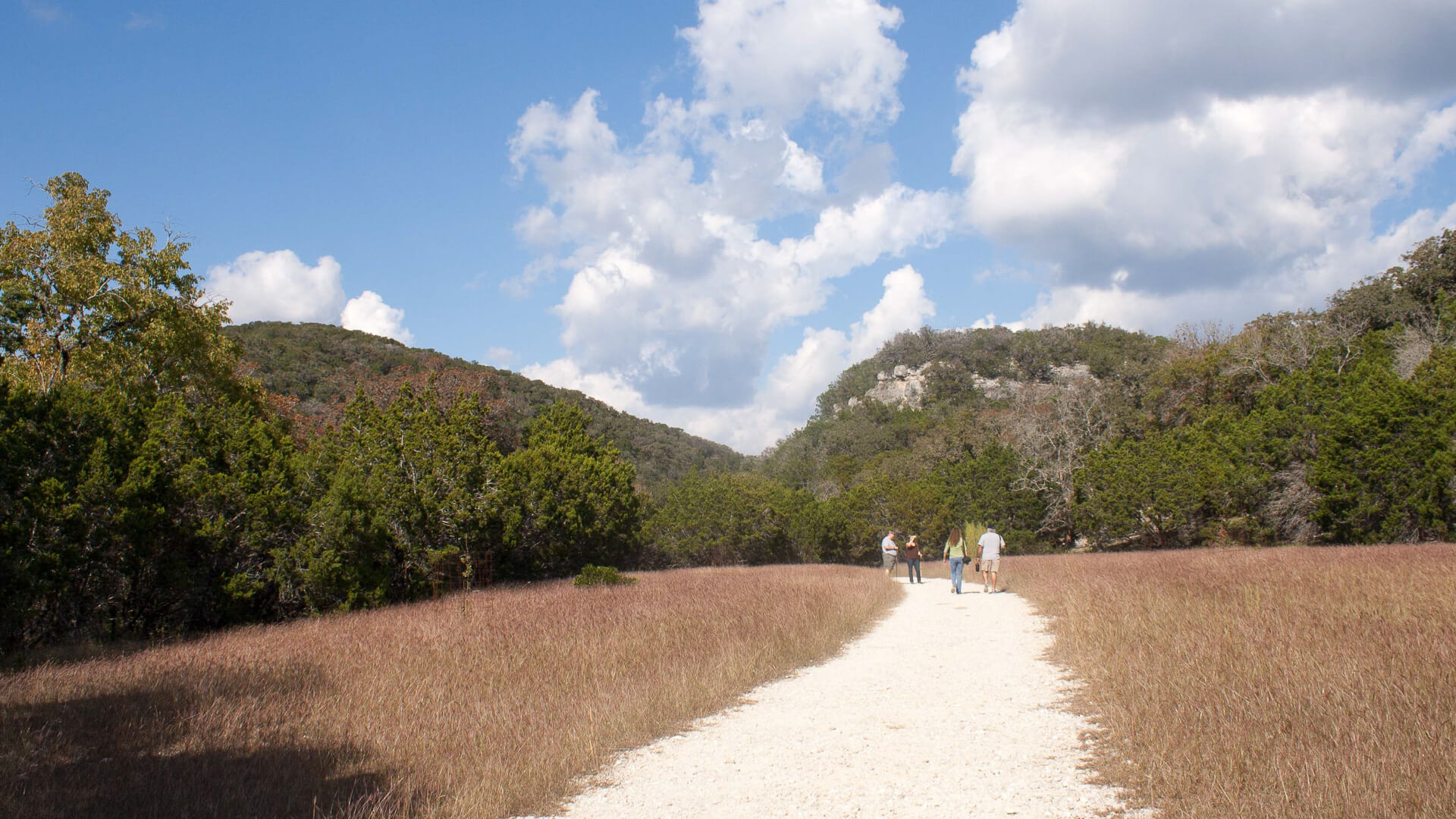 The county also has 320,572 acres of climate-dependent farmland that produces pecans, grains and forage to feed the region’s cattle, goats and sheep. 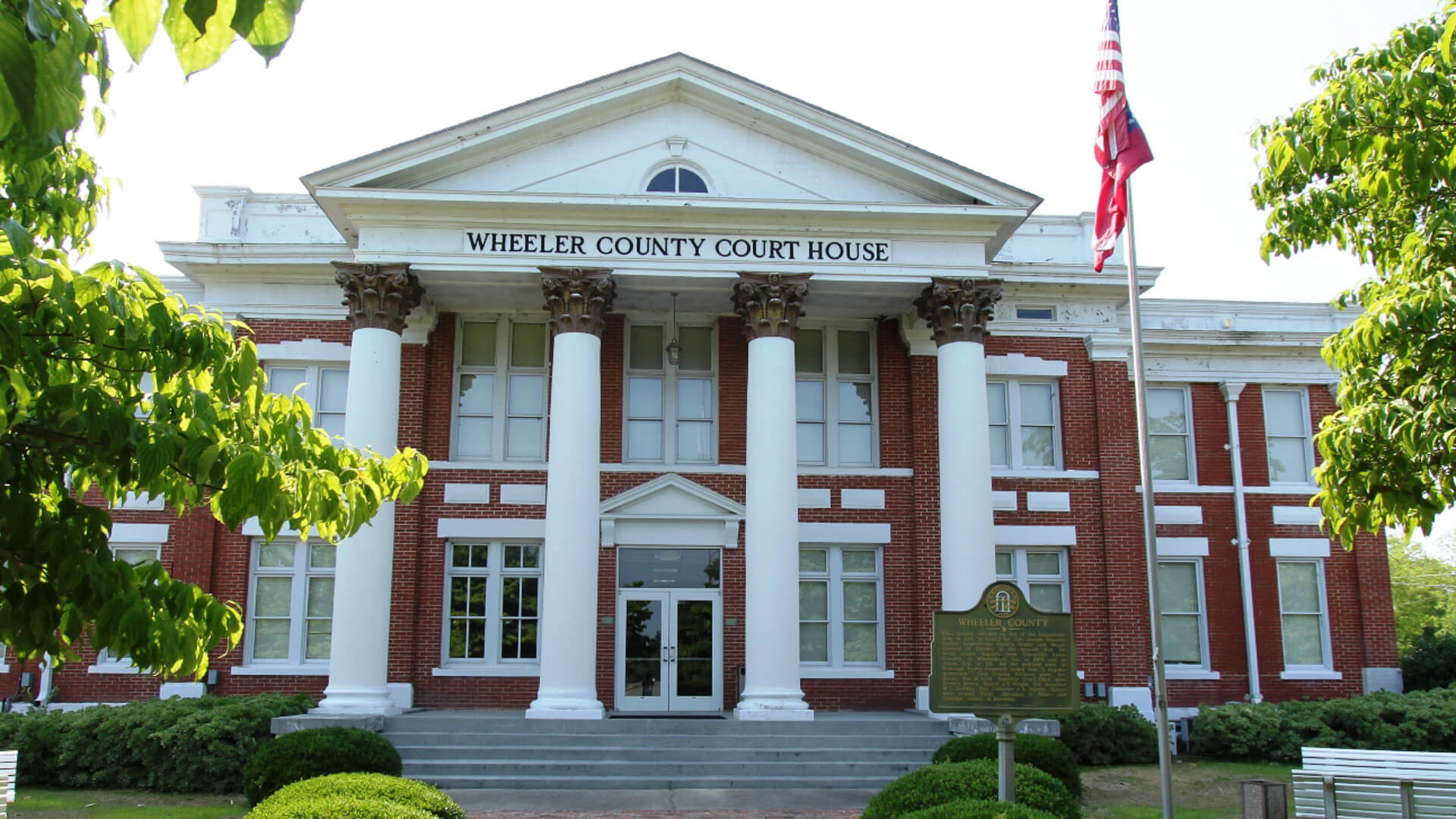 Wheeler County lies directly northeast of Telfair County, another county likely to be the most affected by climate change.

As with Telfair, Wheeler County relies heavily on agricultural crops that will show lower yields as the climate warms. Wheeler County has a poverty rate of about 40 percent, with property values and job opportunities on the decline, and is one area of the country that is struggling the most. 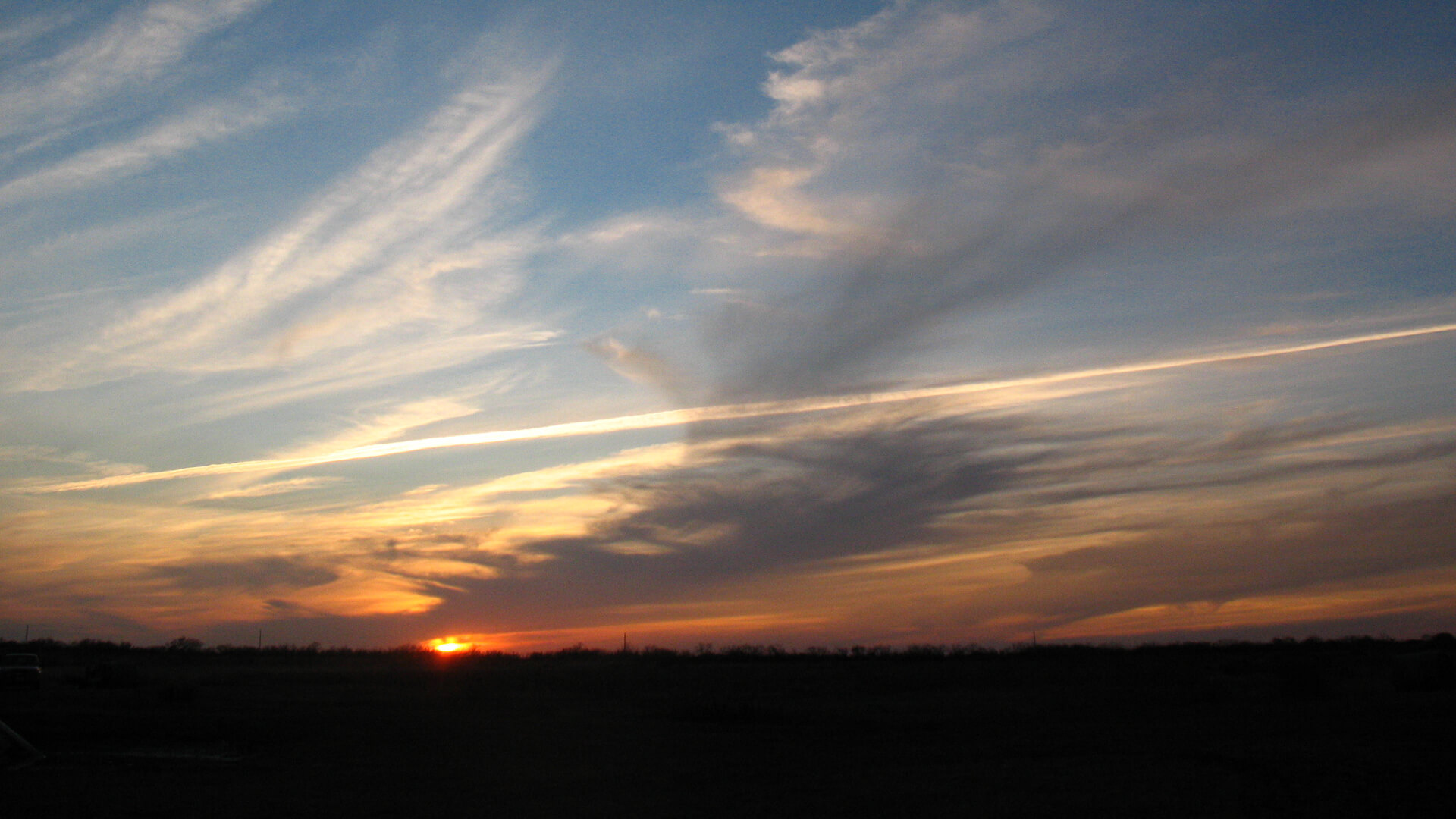 Near the southern tip of Texas, Jim Hogg County has a young population, with a median age of 36.7, and an economy that relies on the oil industry and agriculture. The county already is seeing a decline in population and economic opportunities, leading to declining property values and household income, a trend that will continue as temperatures rise. 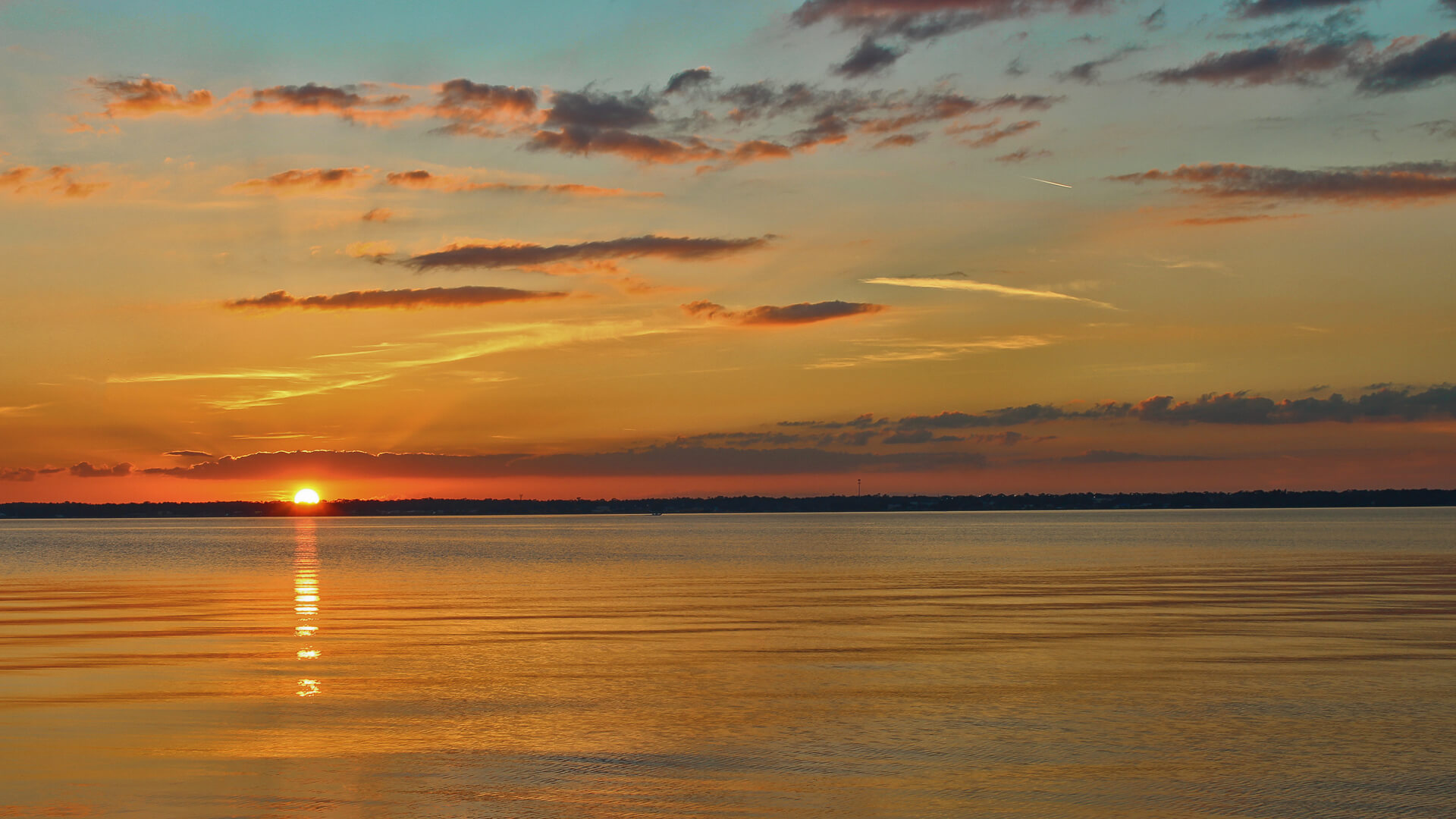 Situated in the heart of Florida, Highlands County borders the Kissimmee River and has several large lakes that contribute to its economy.

If climate change drastically reduces the fish population, Highlands County’s other major industries ― including accommodations and food service ― will decline, and fewer people will visit the region to seek outdoor adventures. 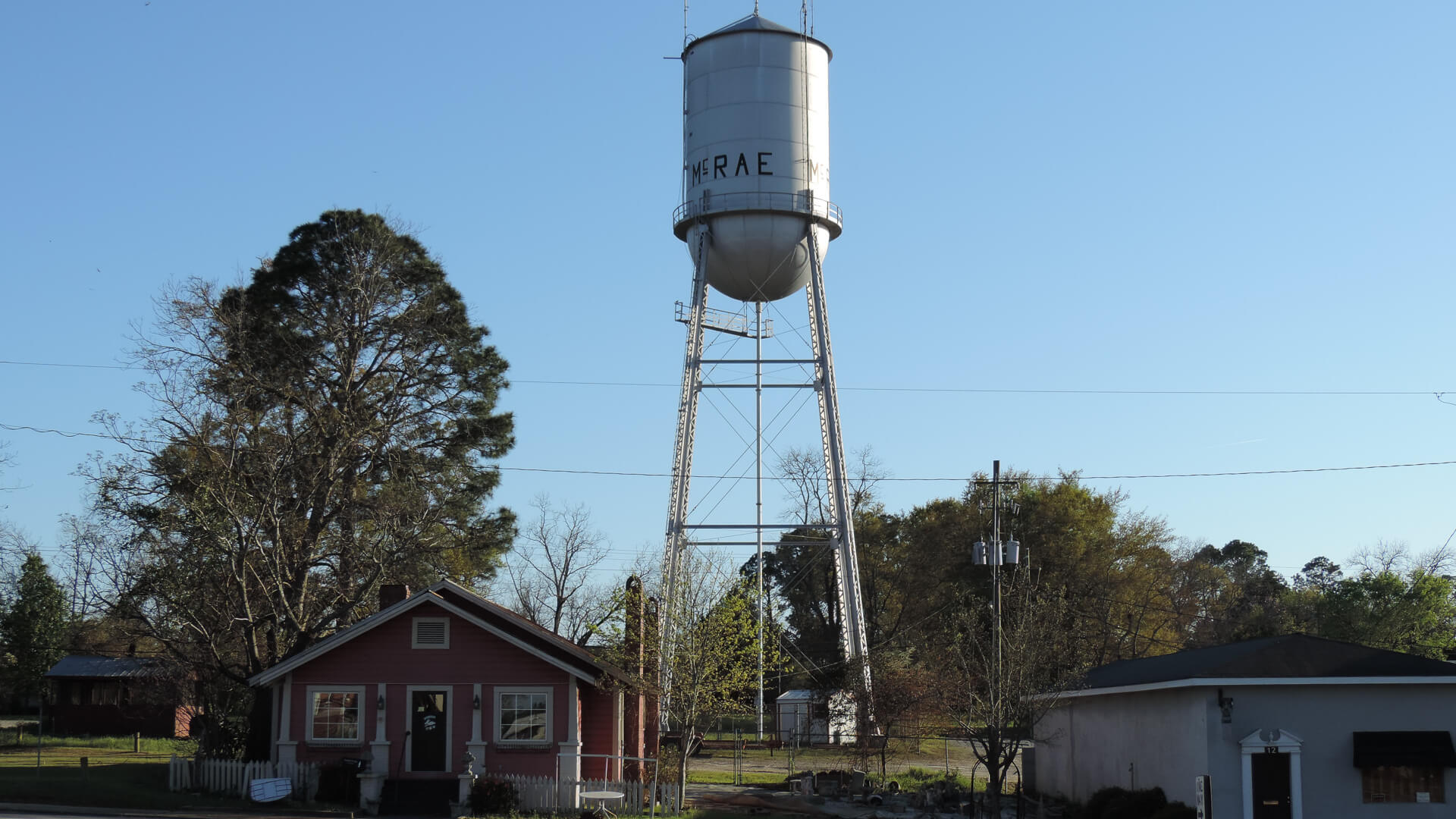 About 31 percent of Telfair County’s residents live in poverty. The county’s economy relies heavily on agriculture, with more than 300 farms countywide. Corn and cotton comprise much of the local crops, which will experience lower yields as effects of climate change increase. 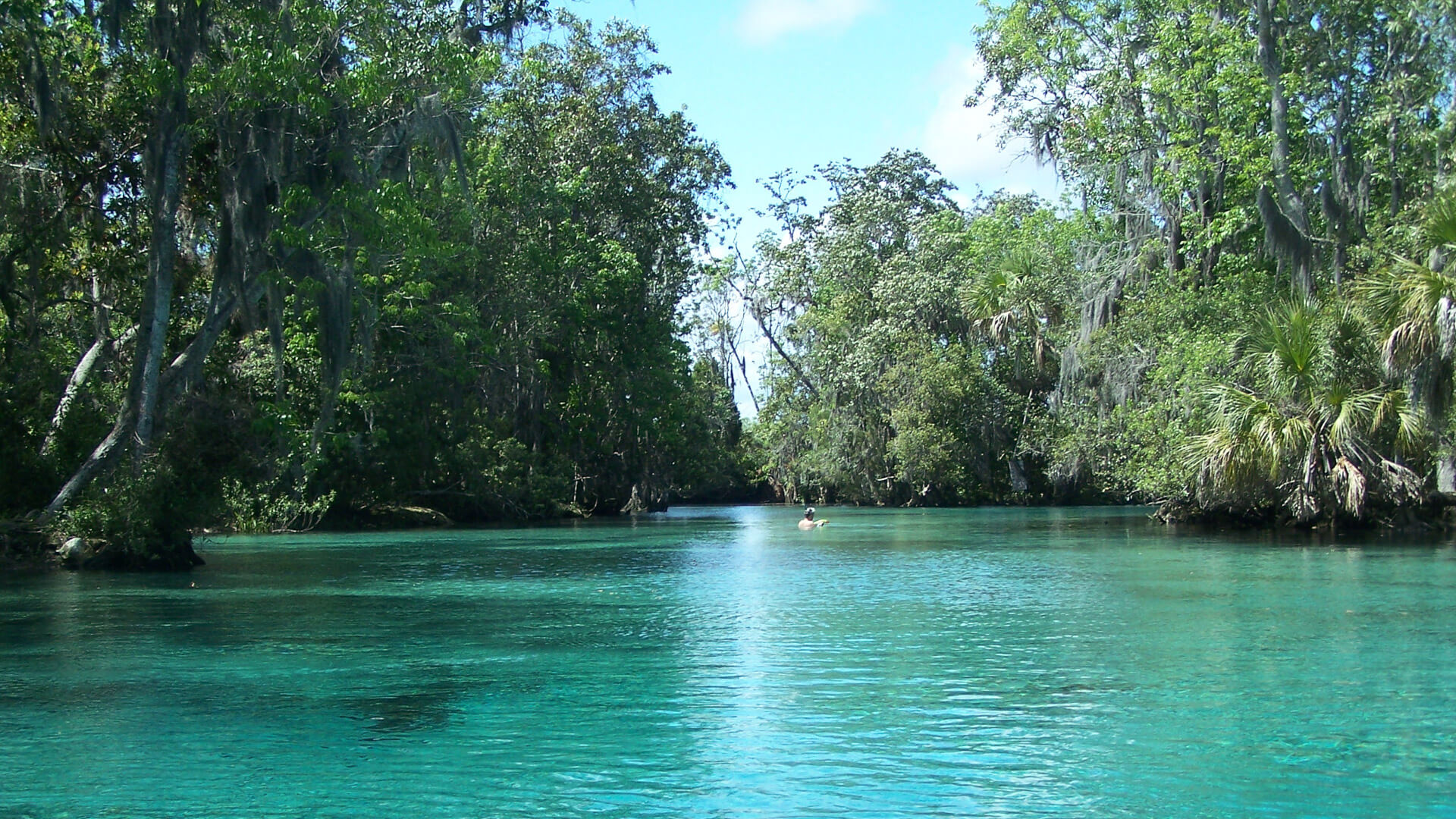 Nestled along the Gulf Coast, Citrus County has an older population, with a median age of 55.4. The county already is experiencing slight declines in population, property values, household income and employment opportunities. Its economy relies heavily on utilities, retail and healthcare for its aging community.

Citrus County can expect high mortality rates and hits to the economy due to the effects of climate change.

Find Out: The Best and Worst States to Retire Rich 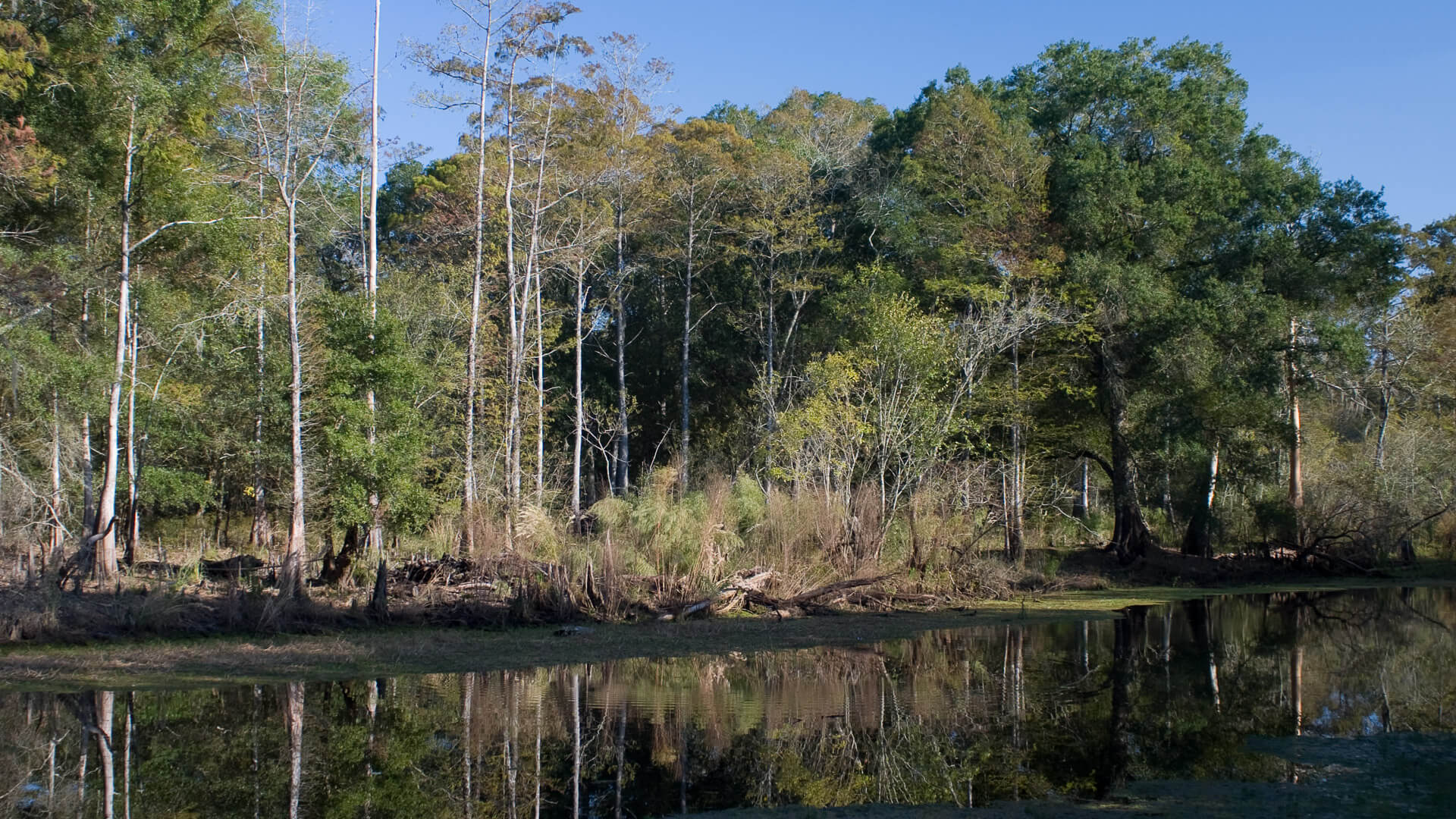 However, by 2099, the cost of climate change will make the county one of the most heavily hit regions in the nation. The area’s economy relies on construction, utilities and administrative support for new infrastructure. 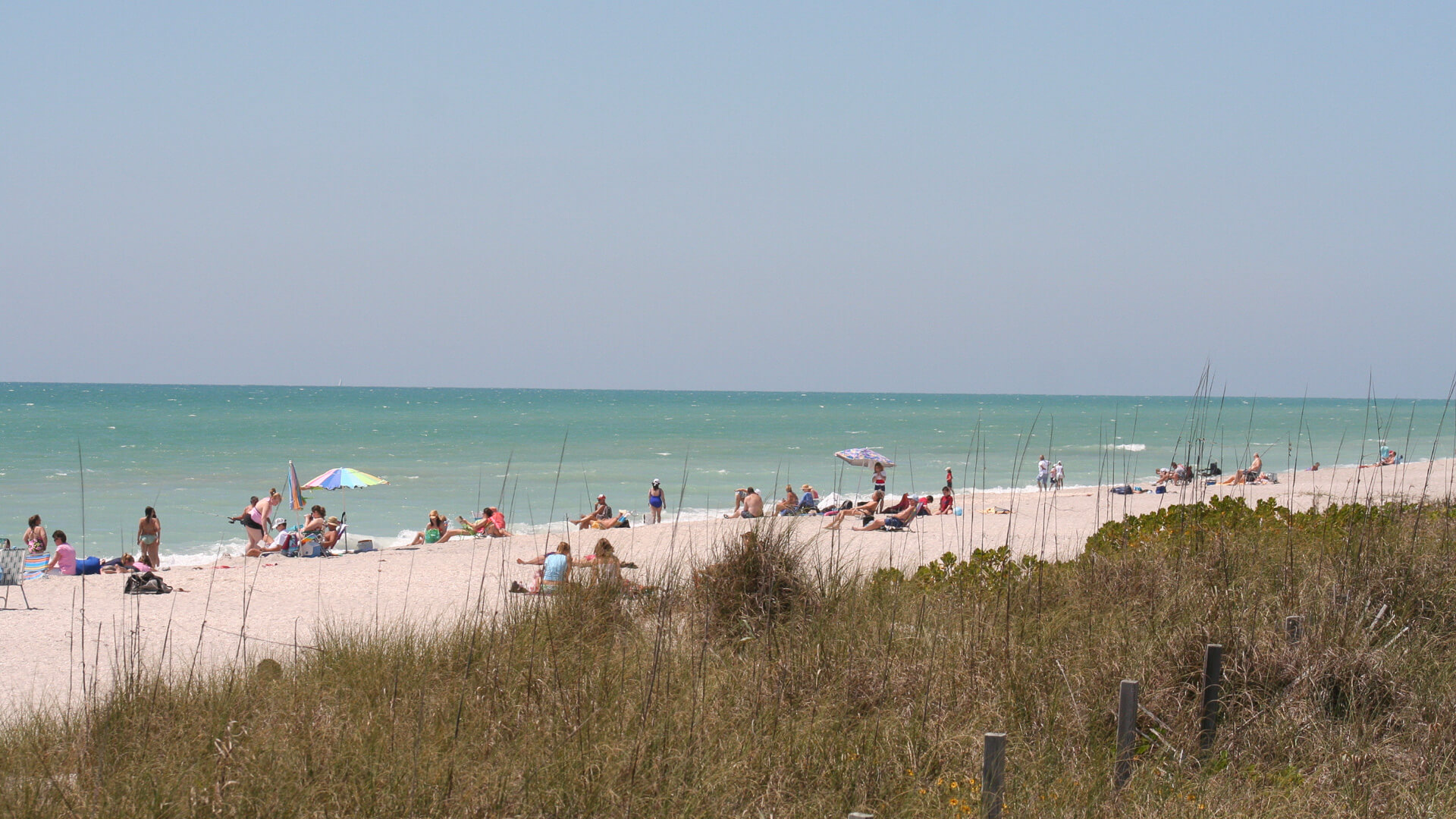 Less than 13 percent of Charlotte County’s residents live in poverty, but that number will rise as climate change affects the county’s economy, which relies heavily on real estate and retail.

A retirement-age population with a median age of 57.3 will see above-average deaths attributable to the warming climate.

Avoid These: 30 Greatest Threats to Your Retirement 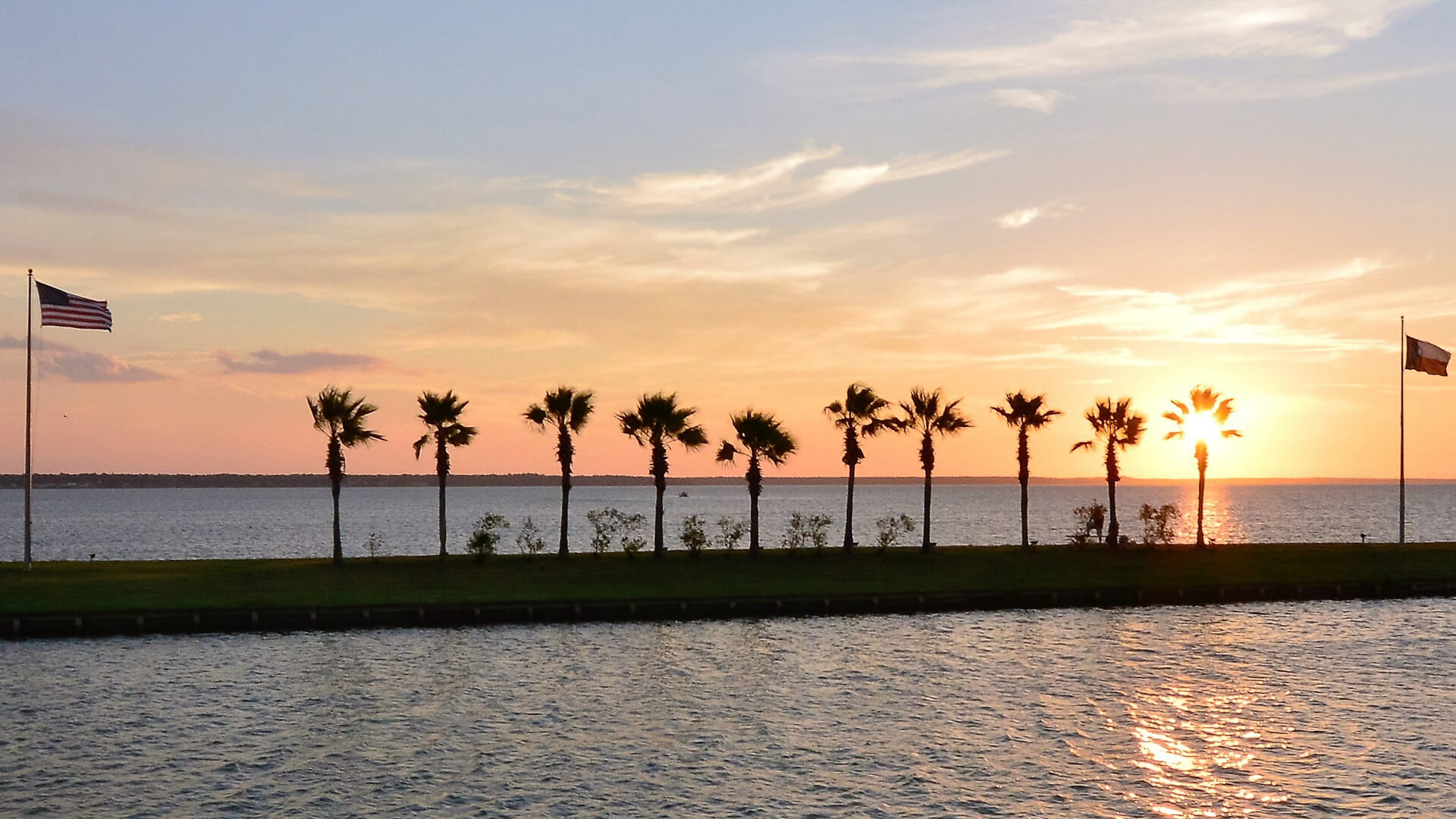 Residents rely heavily on income from fishing, hunting and forestry in areas that include the popular Lake Livingston and Davy Crockett National Forest.

Retail, accommodations and food trade occupations are also expected to take big hits as tourism in the area decreases with the ever-warming climate. 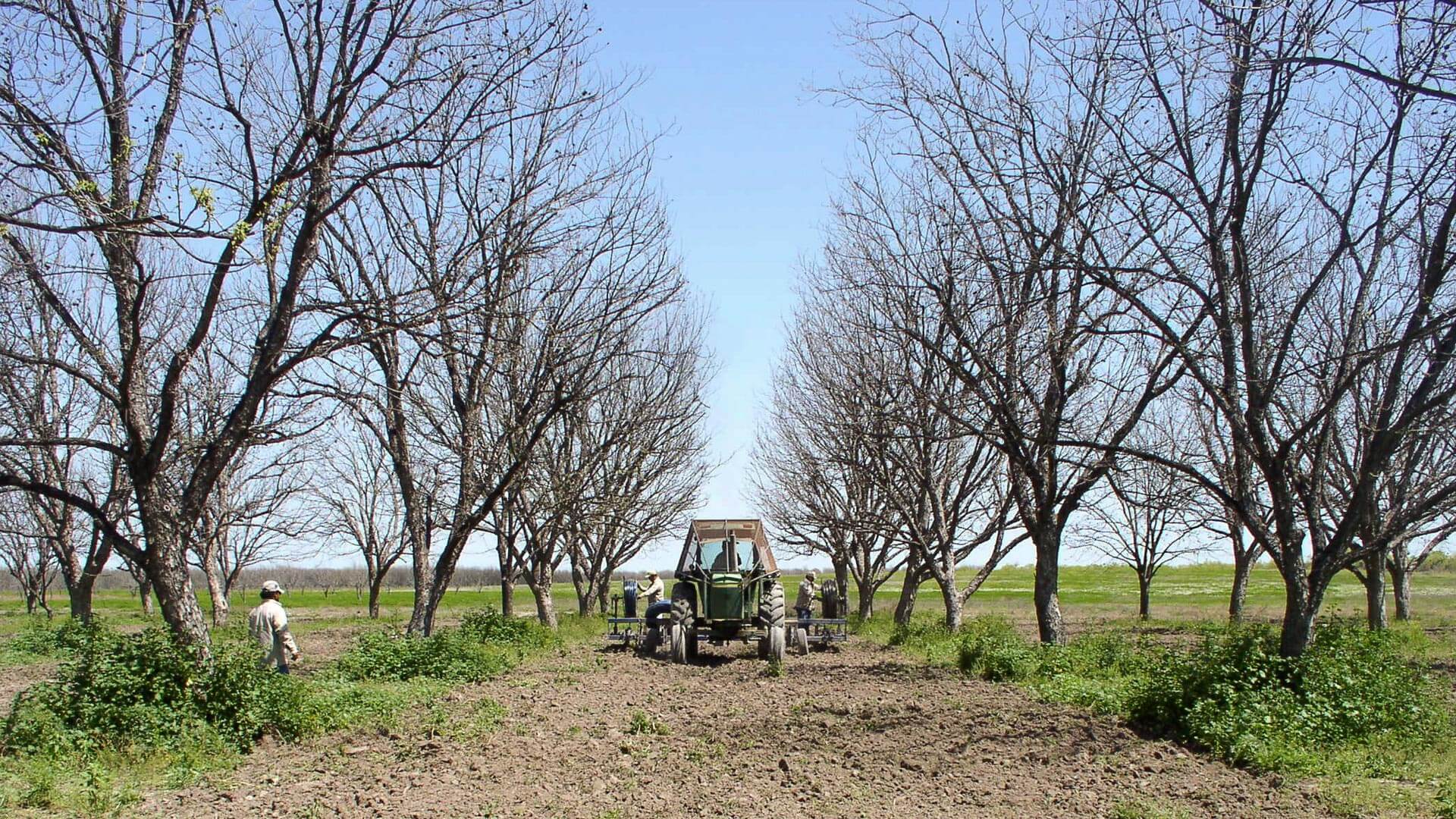 Land in South Texas is fairly cheap, and Zavala County residents have experienced a downturn in property values, which average just $41,900 in 2018.

The community’s reliance on agriculture, mining and oil jobs will be affected by the effects of climate change, likelycausing the 34 percent poverty rate to soar even more.

Weather the next economic crisis by living in one of these recession-proof states. 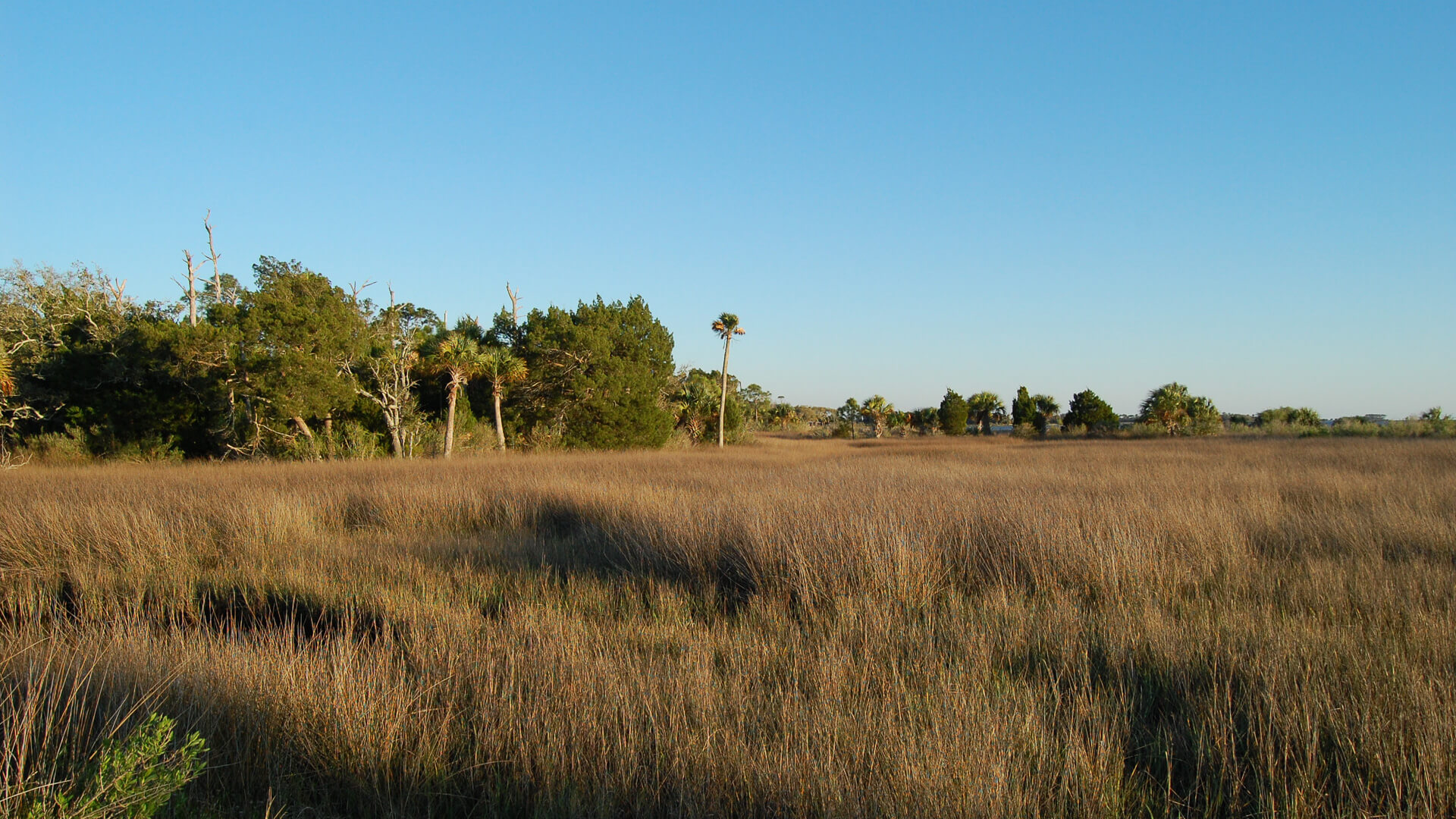 With an economy that relies heavily on agriculture, forestry, fishing and hunting, Dixie County will experience some of the highest costs of climate change in the country.

More than 25 percent of the county’s residents already live in poverty ― a number that is sure to rise as the temperatures do. 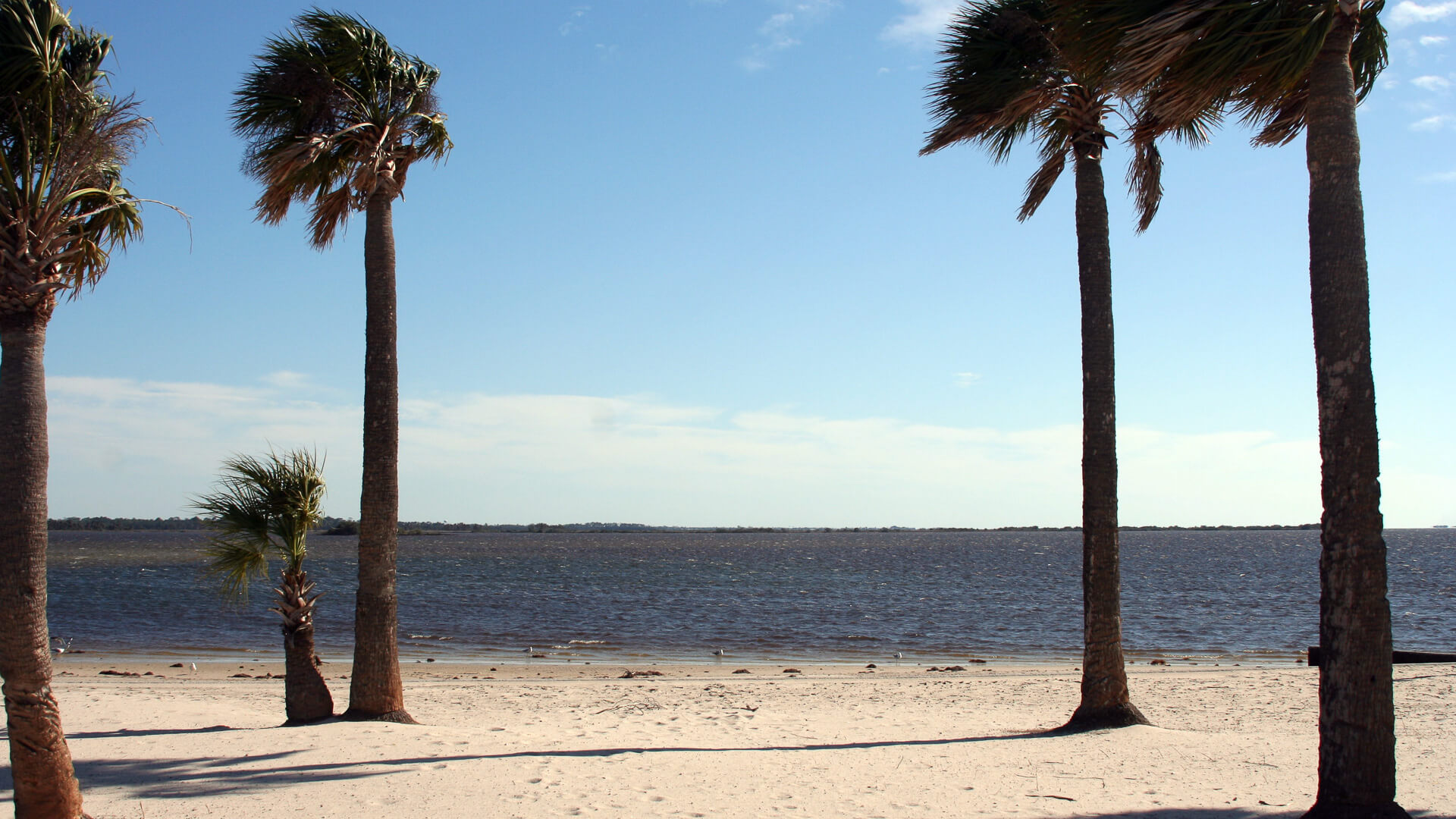 Located on the Gulf Coast, Hernando County is home to tourism and retirement areas that include Hernando Beach, Pine Island and Bayport — however, it’s also home to the poorest city in Florida.

Utilities, retail and construction are the top three industries in the county, which will see major declines as climate change raises temperatures, making the area less desirable for tourism and retirement. 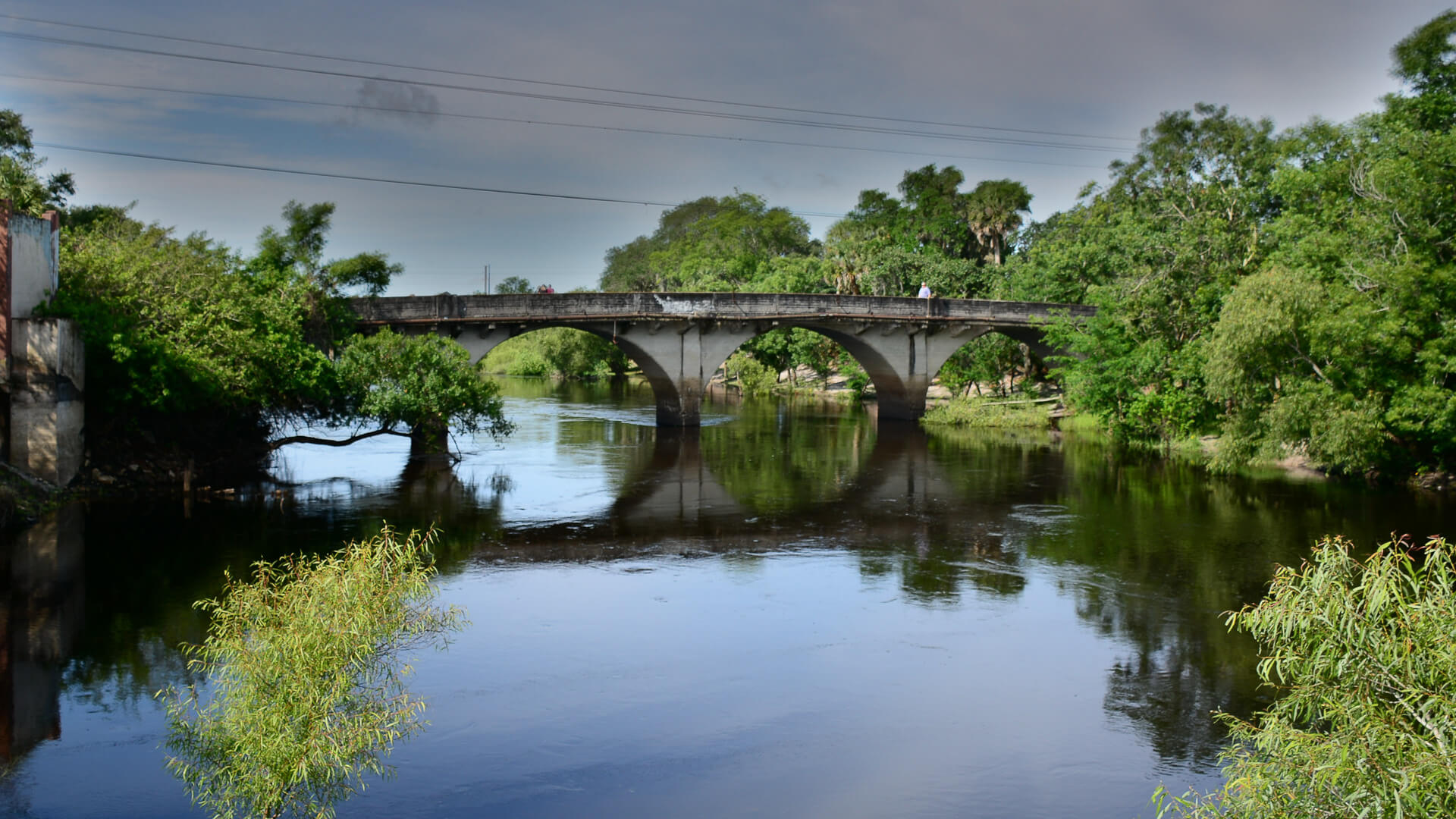 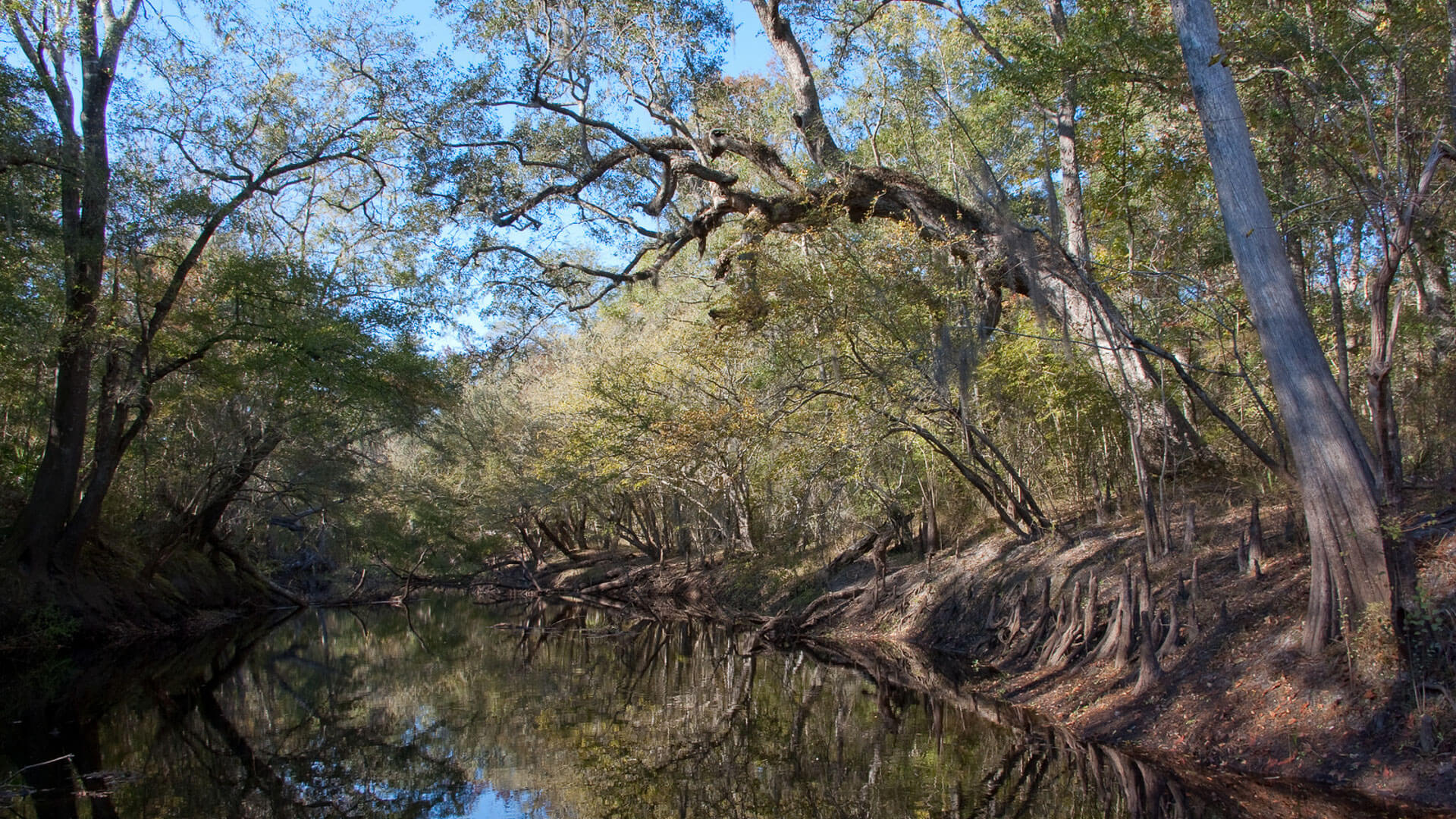 In Union County, roughly 25 percent of the county’s residents live in poverty. One of the least-populated counties in Florida, Union will suffer some of the most devastating impacts in the nation.