Cast Showdown: Who’s the Richest Star of ‘The Vampire Diaries’? 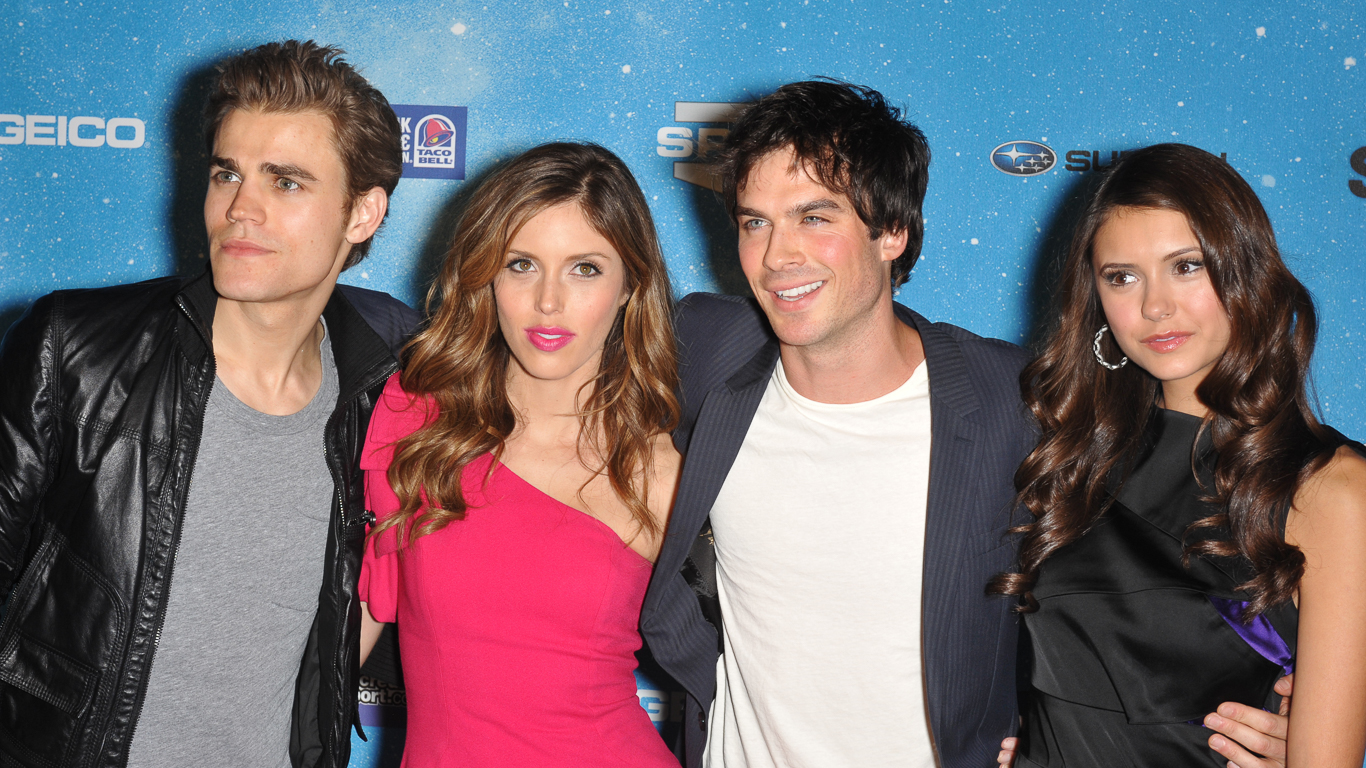 Set in the fictional town of Mystic Falls, Va., “The Vampire Diaries” follows the drama that surrounds supernatural brothers Damon and Stefan Salvatore. After eight seasons, the popular CW series will come to an end on March 10, 2017. Read on to discover which cast members walk away with the most money. 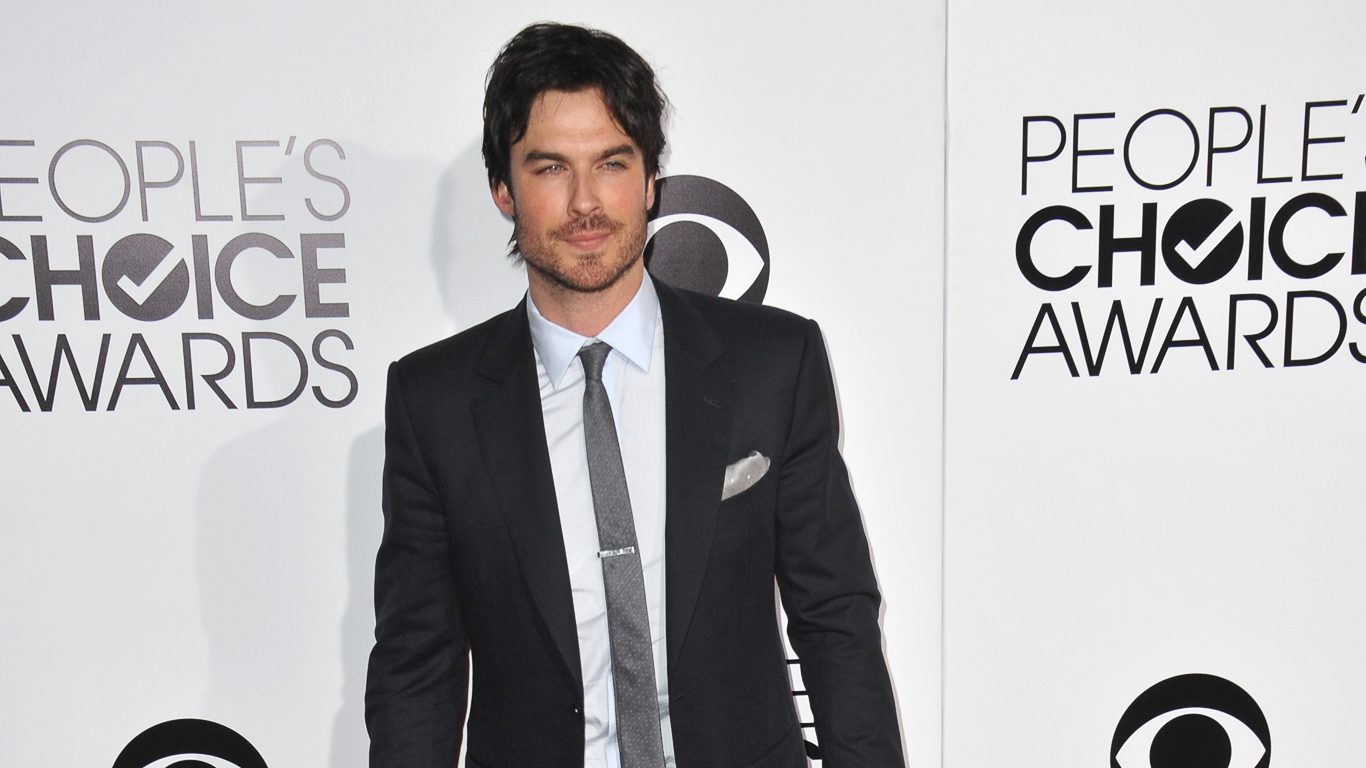 Dashing 178-year-old vampire Damon Salvatore has been played by Ian Somerhalder since the popular TV series debuted in 2009. He earns $40,000 per episode of “The Vampire Diaries,” according to TVGuide.com. 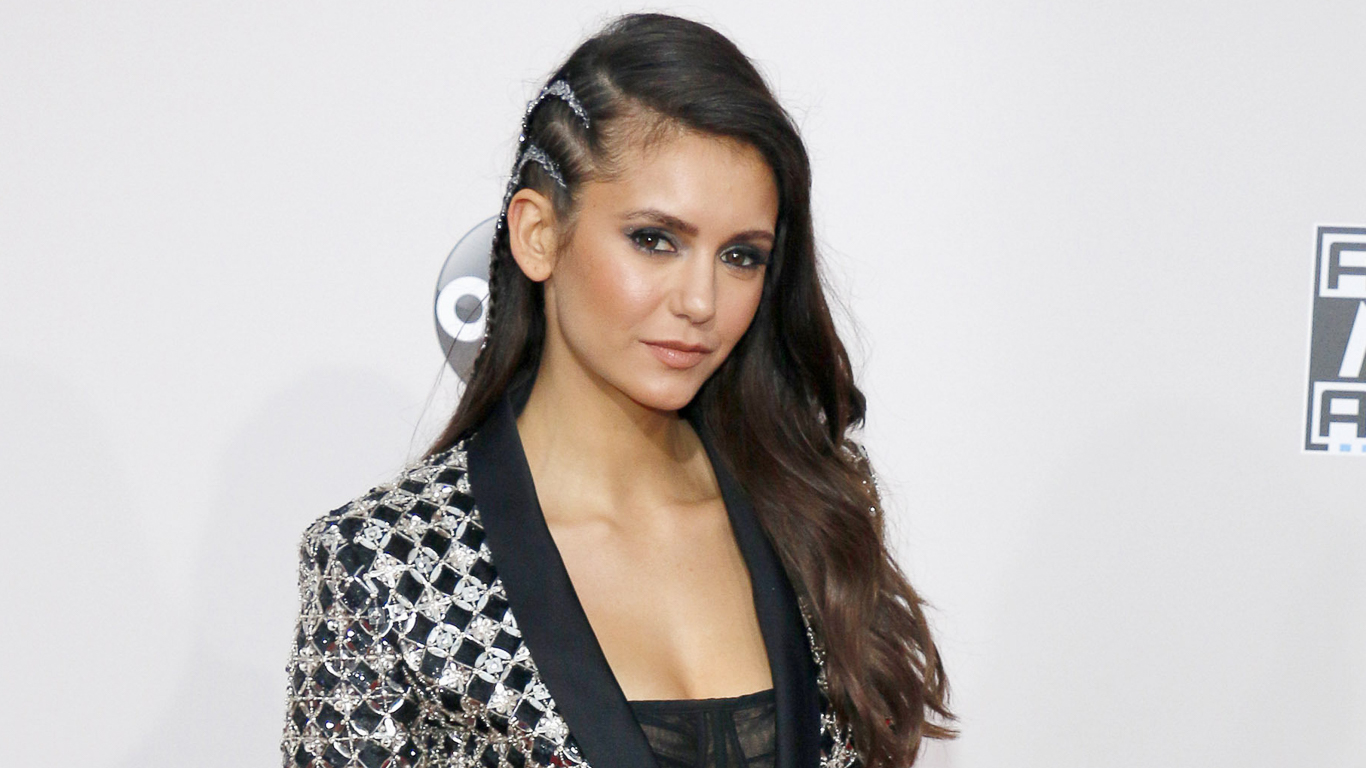 Elena Gilbert — played by Nina Dobrev — was introduced as a human but later exposed as a Petrova doppelganger who eventually became a vampire. Dobrev was an original cast member but left “The Vampire Diaries” after its sixth season. 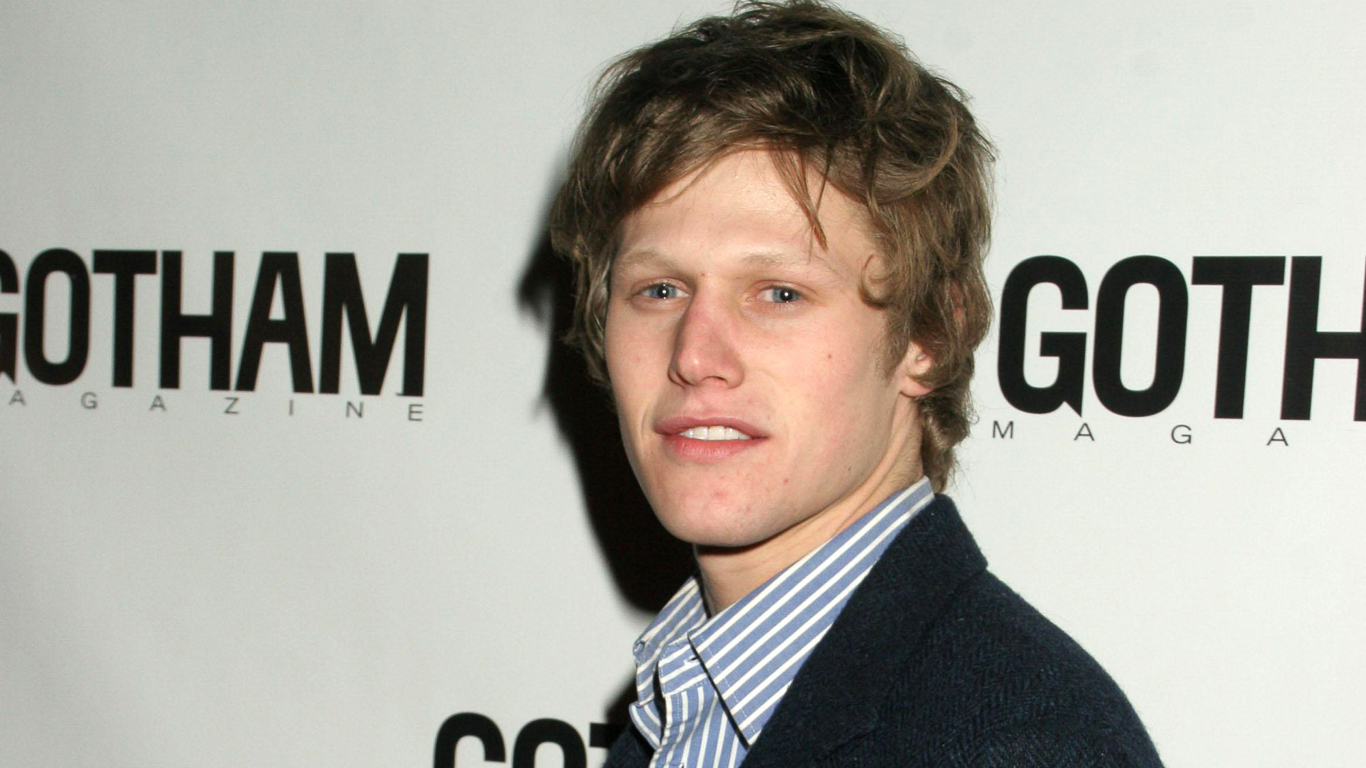 Zach Roerig has played the part of Matt Donovan on “The Vampire Diaries” since the show’s inception. Donovan left Mystic Falls at the end of season seven but returned for the final season.

Roerig got his start as a soap opera actor — first on “Guiding Light,” then “As the World Turns.” Roerig also guest starred on “Friday Night Lights” and will appear in the upcoming films “The Year of Spectacular Men.”

Check Out: ‘Veronica Mars,’ ‘Friends’ and 8 Other Movies and Shows That Were Saved by Fans 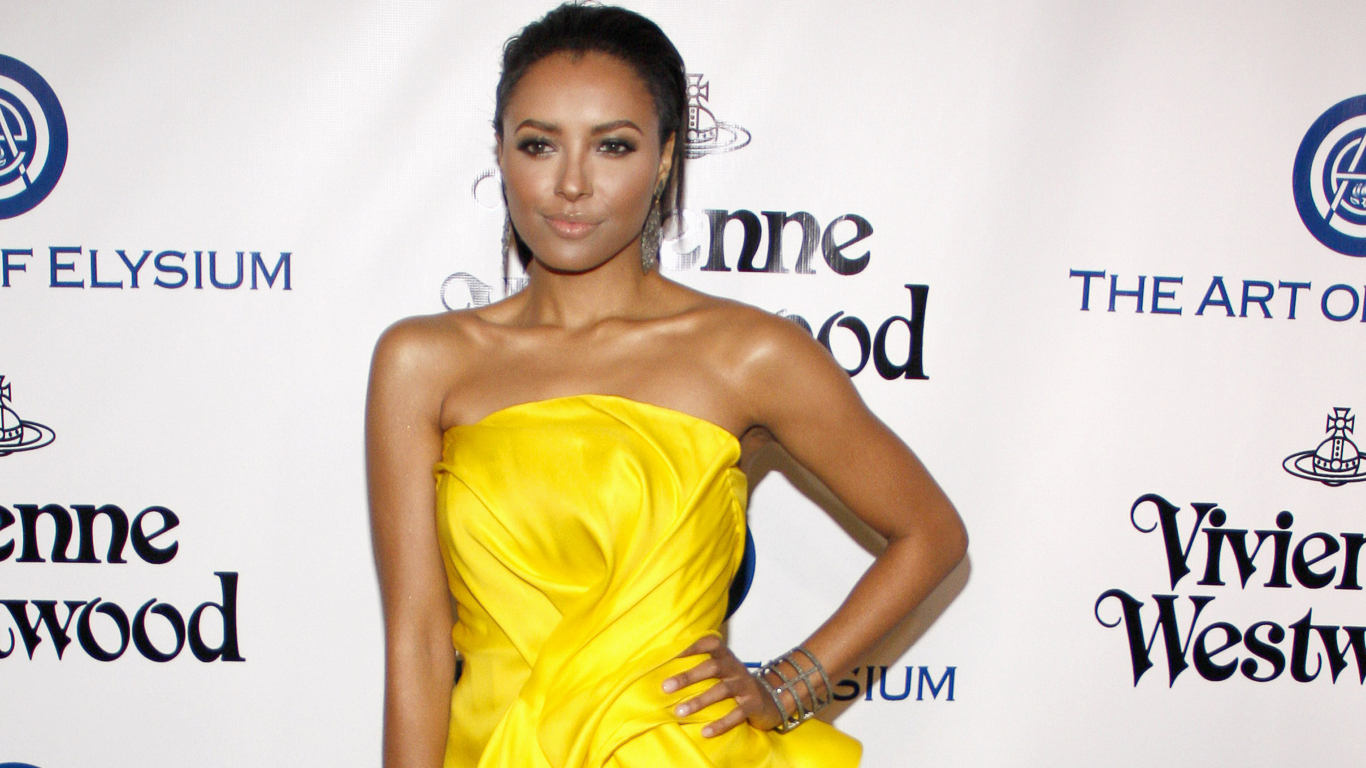 Graham got her start as a child actress in “The Parent Trap.” Prior to landing her role on “The Vampire Diaries,” she guest starred on a number of TV shows, including “Malcolm in the Middle,” “Hannah Montana” and “The O.C.” The busy actress has a number of films in the works, including “Where’s the Money,” “All Eyez on Me” and “QQ Speed.” 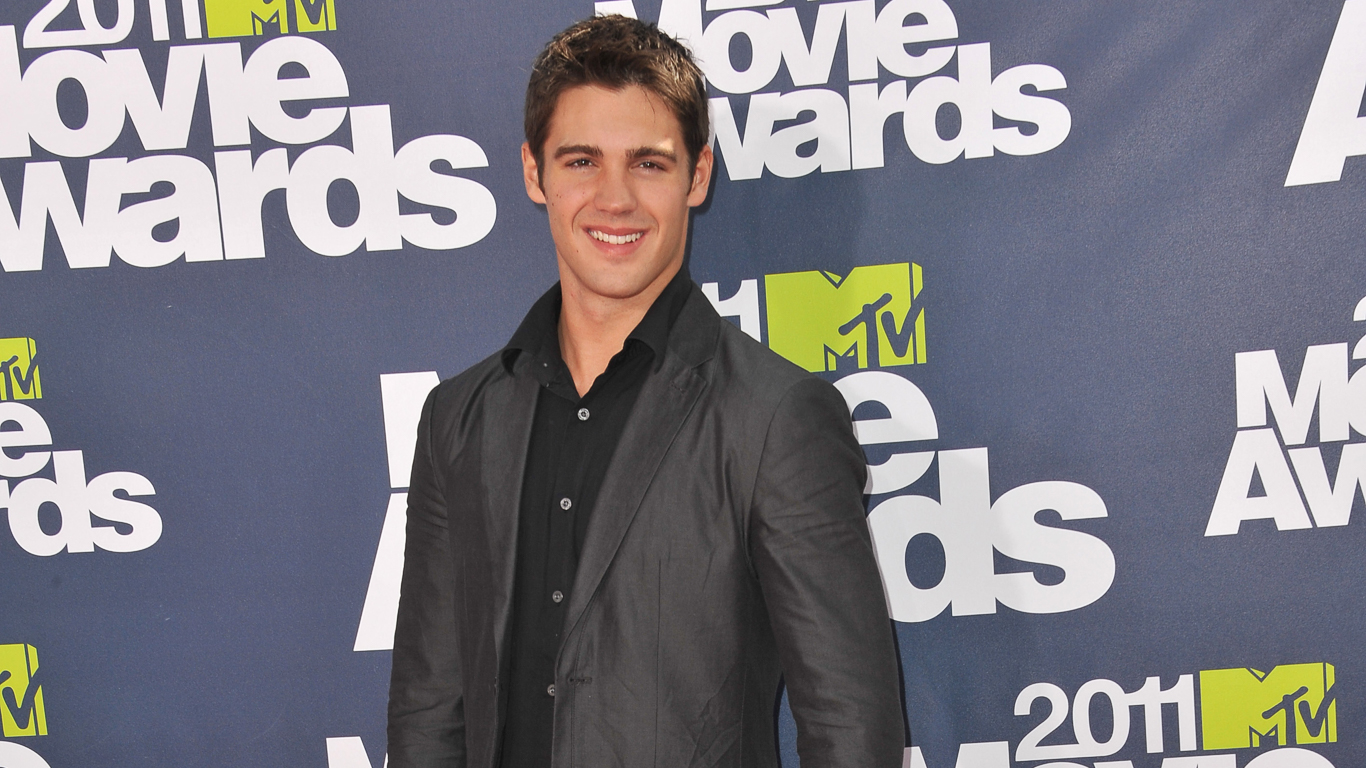 Original cast member Steven R. McQueen played Jeremy Gilbert on “The Vampire Diaries” until the show’s sixth season. The adoptive brother and biological cousin of Elena Gilbert, the former medium was a member of the Brotherhood of the Five.

Prior to “The Vampire Diaries,” McQueen guest starred on the show “Everwood.” Since leaving the series, he appeared in “Chicago P.D.” and recently wrapped a starring role on “Chicago Fire.” 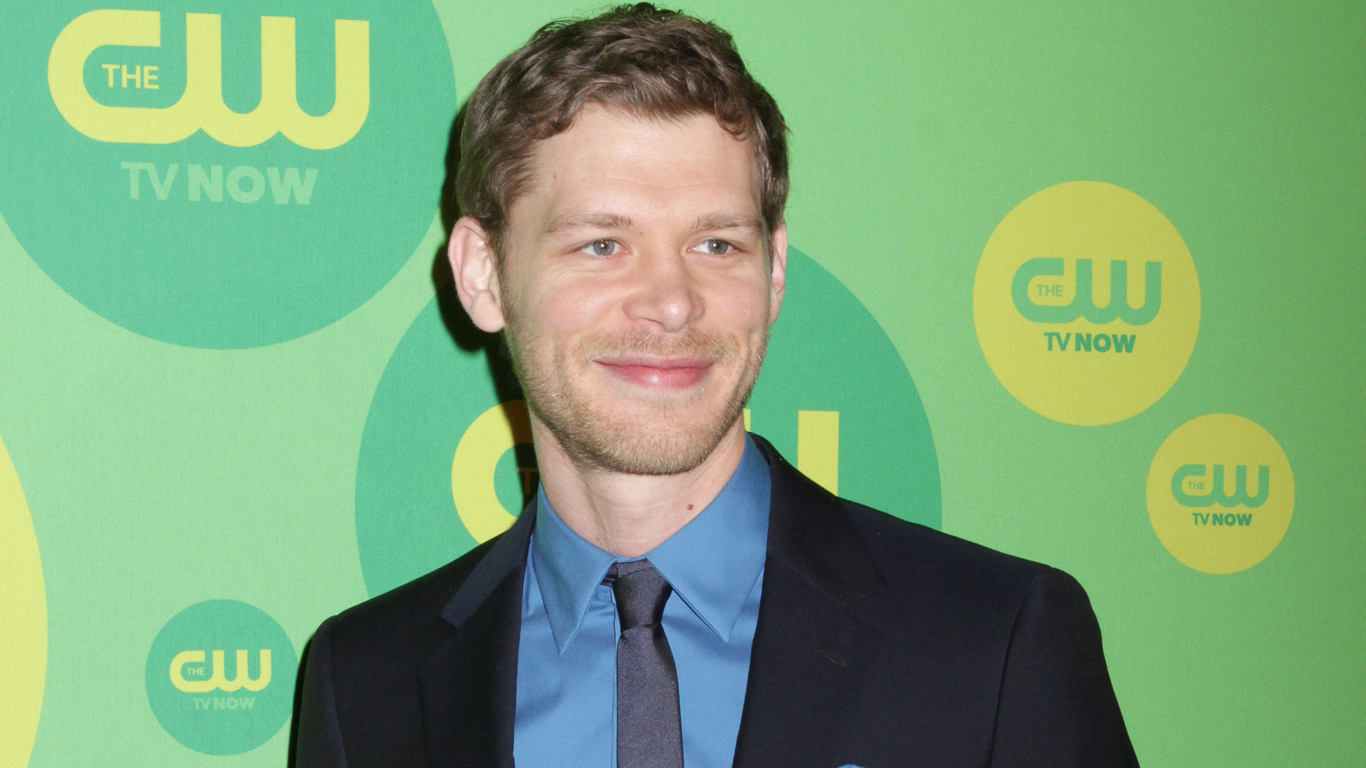 Morgan has been acting since 2003, but “The Vampire Diaries” was his first long-term gig. He previously guest starred on a variety of series, including “Doc Martin” and “Casualty” and was the title character in the television mini-series “Ben-Hur.”

Check Out: See How Much Season 24 ‘Dancing With the Stars’ Contestants Are Worth 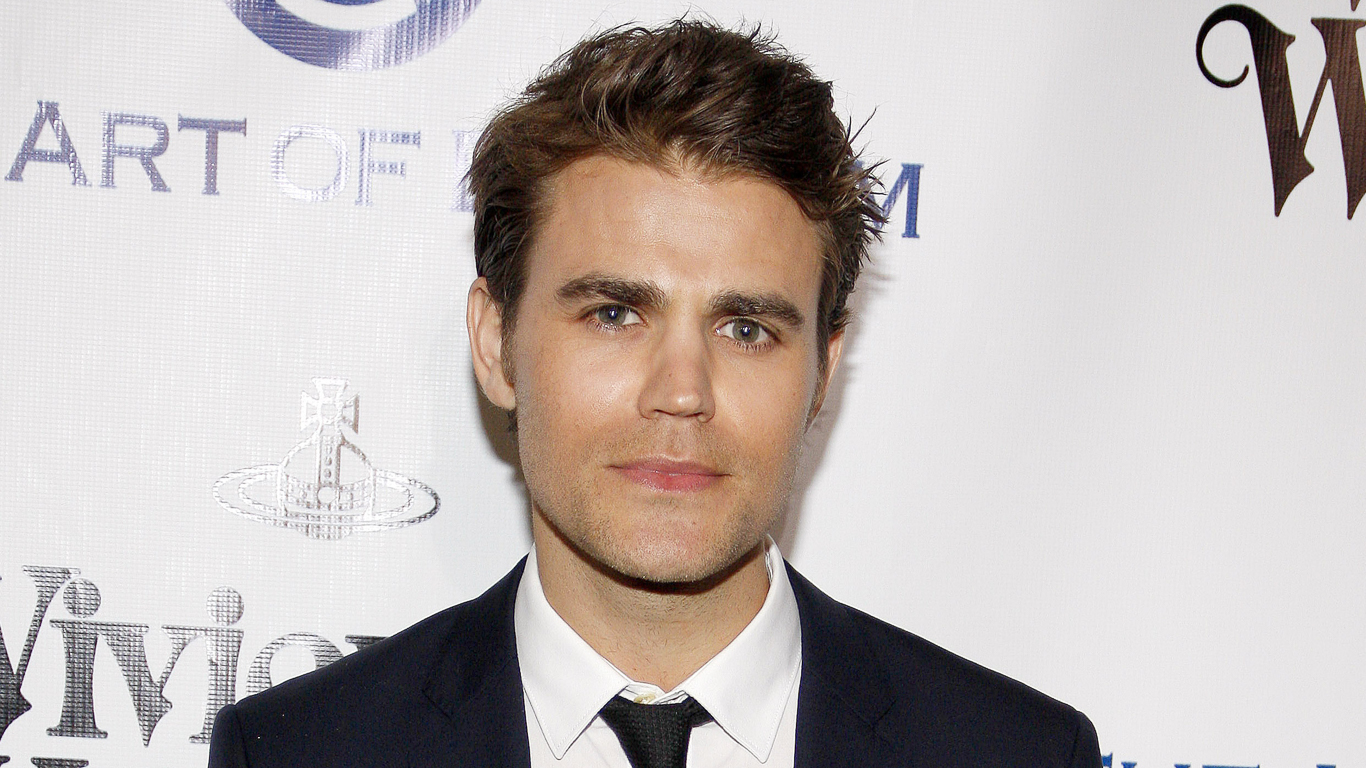 Wesley is likely best known for his work on “The Vampire Diaries,” but he has plenty of experience in both television and film. He has guest starred on a number of series, including “Everwood,” “8 Simple Rules,” “Army Wives” and “24.” Recently, he appeared in the movies “Mothers and Daughters” and “The Late Bloomer.” He’s slated to star in the upcoming film “Convergence.”

Where Are They Now: TV Stars Who Now Have Big Screen Paychecks 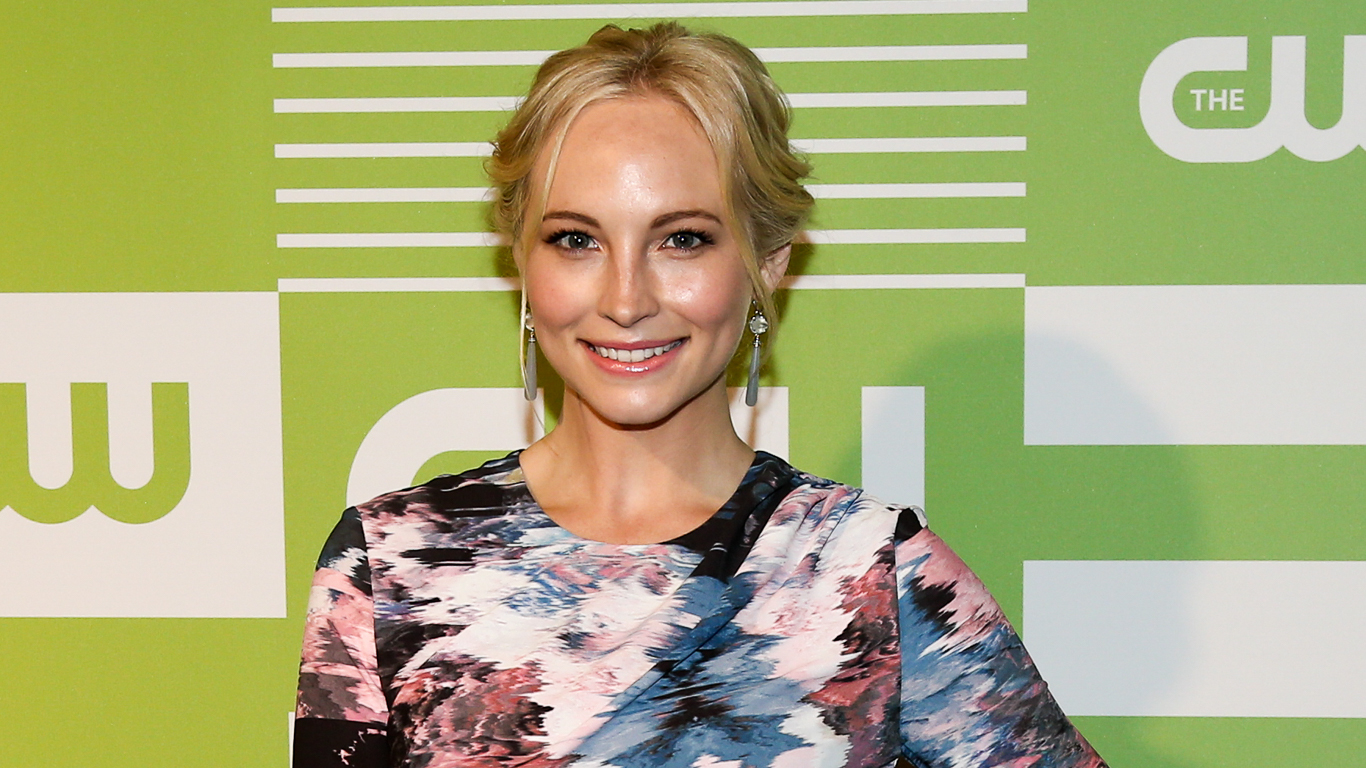 Candice King (née Accola) portrays Caroline Forbes on “The Vampire Diaries.” Formerly human, the now-vampire is the surrogate mother of Lizzie and Josie Saltzman’s twin daughters and childhood friend of Elena Gilbert and Bonnie Bennett. She won two Teen Choice Awards in the Choice TV: Female Scene Stealer category in 2012 and 2014 for her work on the show.

“The Vampire Diaries” was King’s first big break, but in 2012, she also starred on the show “Dating Rules From My Future Self.” You might also recognize her from guest starring stints on “Drop Dead Diva” and “How I Met Your Mother.” 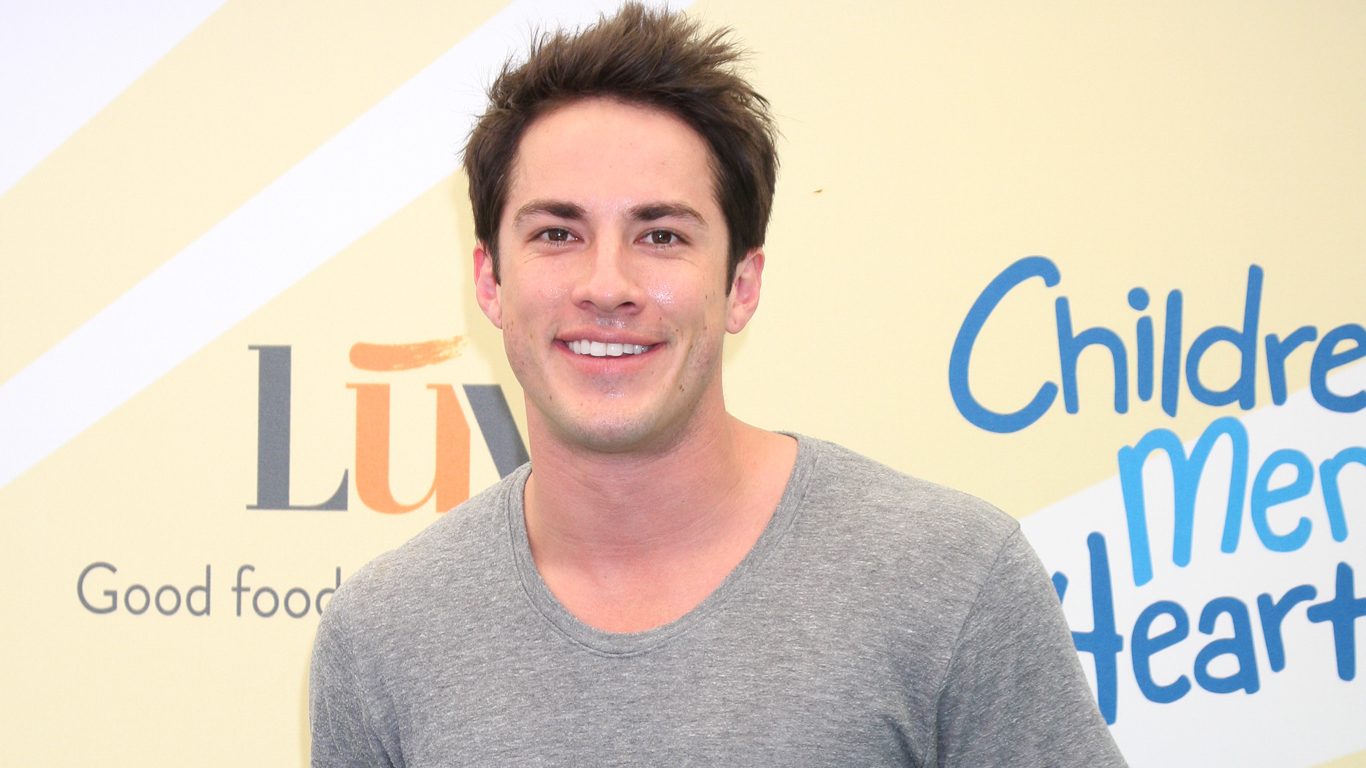 For the first six seasons of “The Vampire Diaries,” Michael Trevino played Tyler Lockwood. A werewolf and the first successful hybrid of Klaus’ bloodline, the athletic Lockwood played football at Mystic Falls High School. His work on the show won him the Teen Choice Award for Male Scene Stealer in both 2011 and 2012.

Prior to working on “The Vampire Diaries,” Trevino starred on the TV series “Cane.” Since leaving the show, he landed roles in the films “Sunset Park” and “Out of Control.” 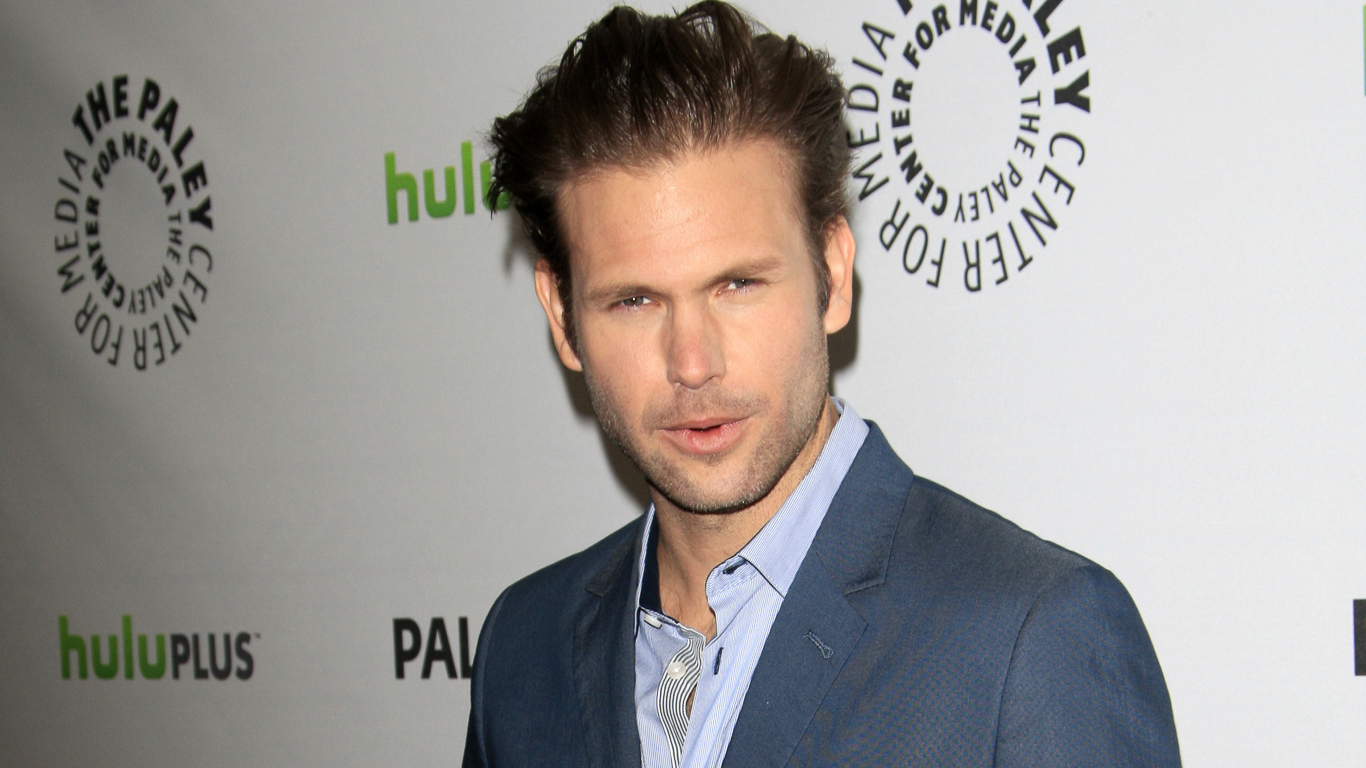 Prior to joining the cast of “The Vampire Diaries,” Davis starred on the television series “What About Brian” and in several hit movies, including “Pearl Harbor,” “Legally Blonde” and “Blue Crush.” He’s stayed busy while filming the show, also starring in the series “Cult” and guest starring on “Damages” and “CSI: Crime Scene Investigation.”

Up Next: Everything You Need to Know About the Cast of ‘Stranger Things’