What Happened to 10 Companies After Their Trendy Moment Faded 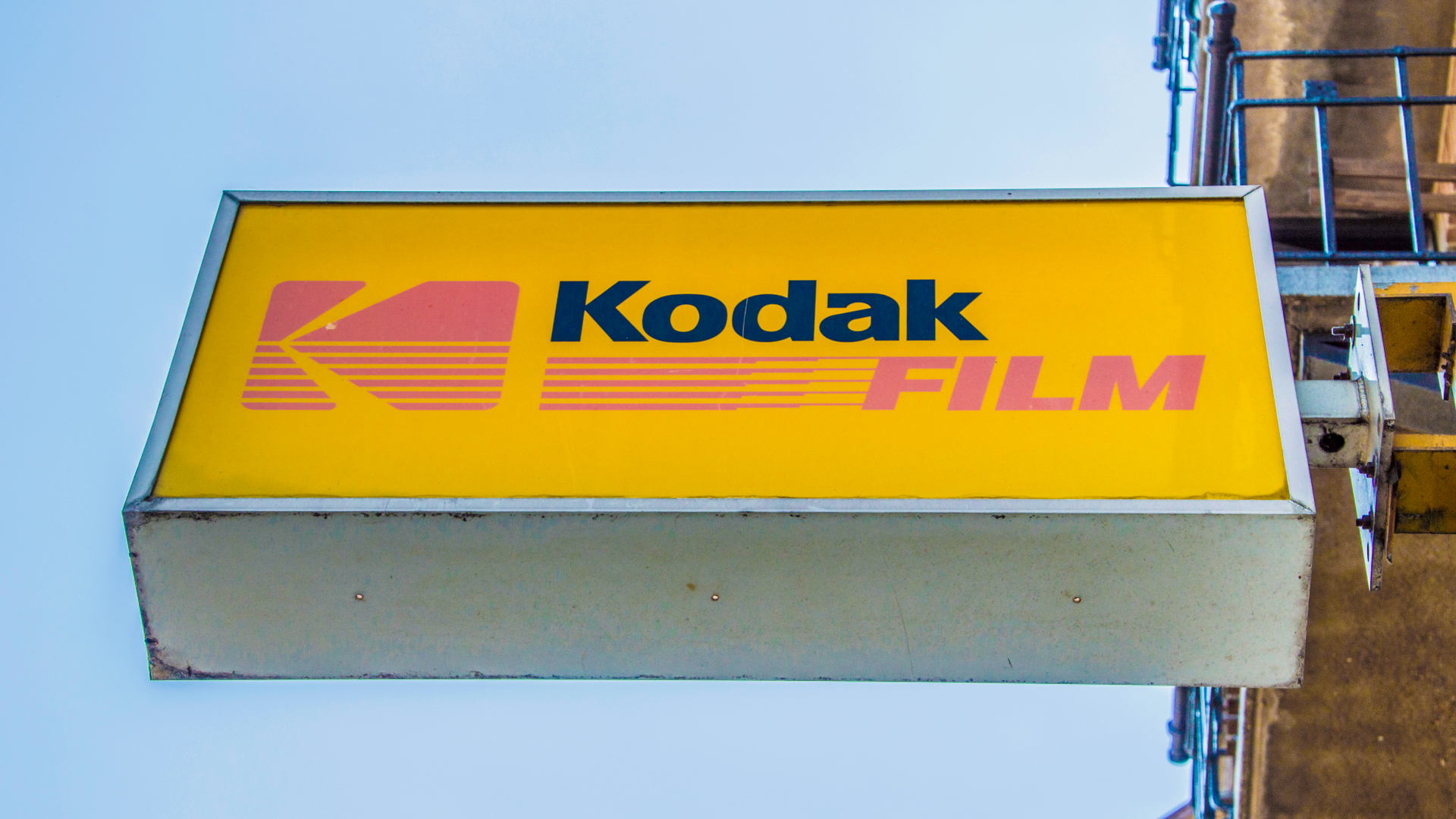 There’s no shortage of products that can go from a massively profitable cash cow to a revenue non-factor in just a matter of years. Popular taste can be fickle, and companies that were once industry leaders can suddenly discover that shifting consumer trends are a double-edged sword. The market giveth, and the market taketh away.

However, for plenty of those companies, their trendy moment didn’t necessarily represent the end of the line. Although some of the corporations behind the biggest products and market trends of the last century went belly up not long after their moment passed, others have soldiered on and even thrived.

So which companies folded after their trendy moment and which ones are still thriving? Click through to see what the companies you might have forgotten about are doing today. 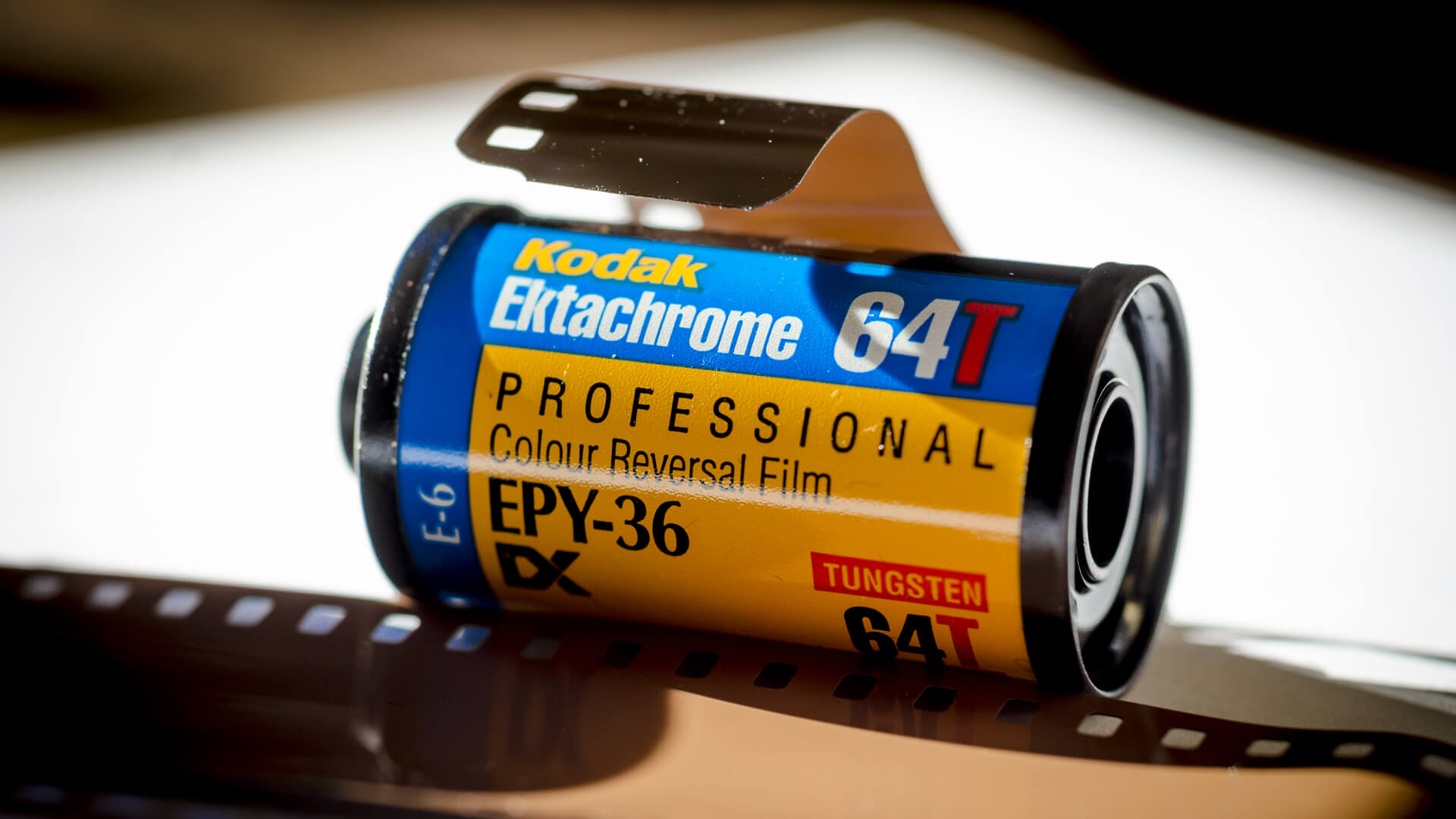 Okay, so “moment” might not be the right description for one of the biggest film companies in the world for nearly a century, but Kodak is definitely a victim of a business model that went out of style. Founded in 1888 by George Eastman, the company controlled 90 percent of film sales and 85 percent of camera sales in the United States by 1976. Kodak was headquartered in Rochester, N.Y., and the city thrived as the company grew.

Unfortunately, the advent of digital photography and cameras installed in smartphones eventually took over, and Eastman Kodak filed for Chapter 11 bankruptcy in early 2012. The real irony is that Kodak ultimately proved to be the instrument of its own demise: The company developed the first digital camera in 1975. 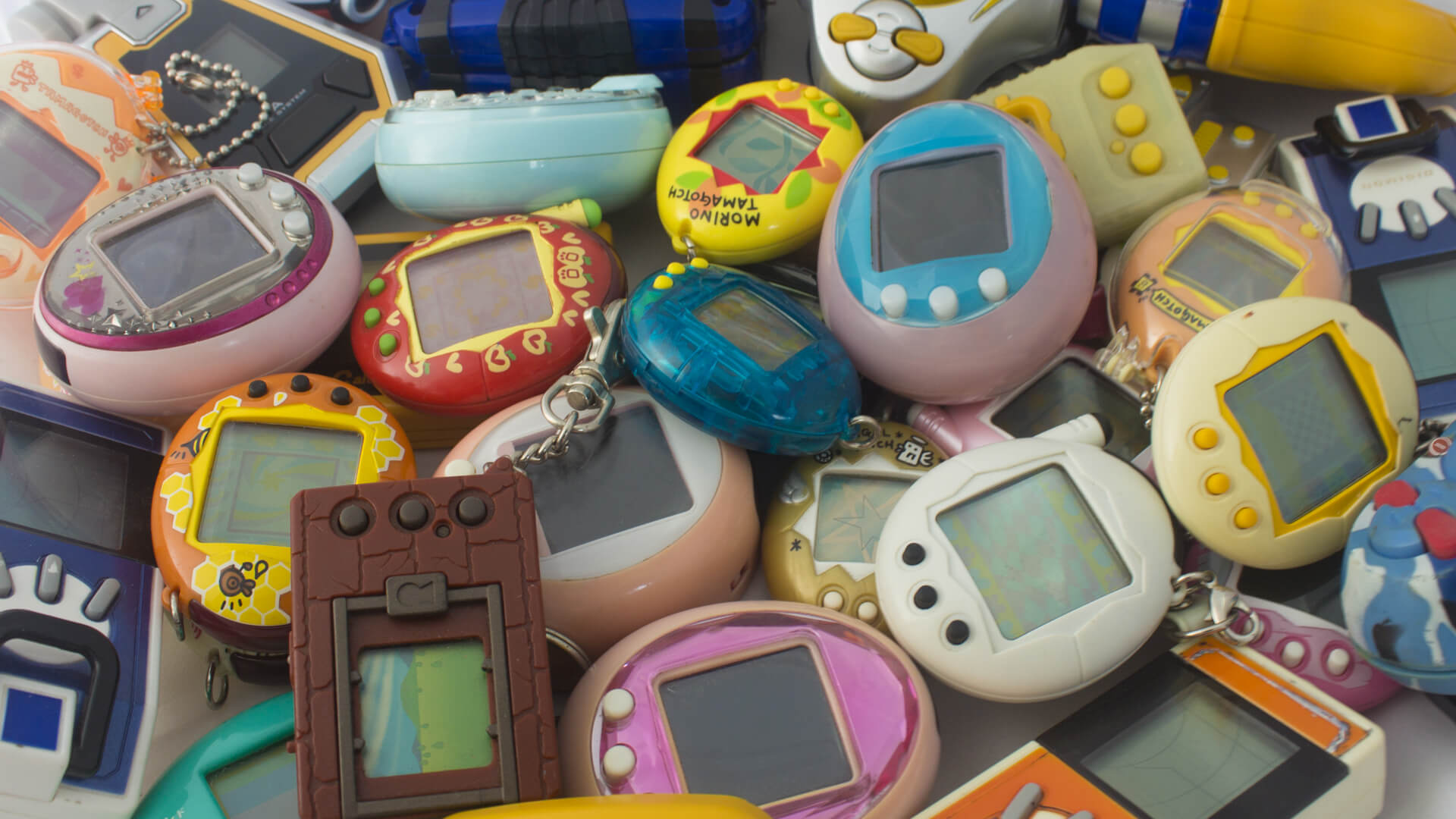 The Tamagotchi — a digital pet you could carry around in your pocket — was released in 1996 and quickly turned into one of the biggest toy fads in the world, clocking over 70 million orders in 1997 alone. However, the Tamagotchi fad wouldn’t last long, and parent company Bandai, a Japanese toymaker, had to move on to the next thing. If you still have a Tamagotchi in your closet it won’t be worth much, unlike these toys.

However, for Bandai, moving on hasn’t proven all that difficult. The company’s success with the Tamagotchi was not some flash in the pan. The company was founded in 1950 and is the second-most valuable toy brand in the world behind Lego, according to Brand Finance. 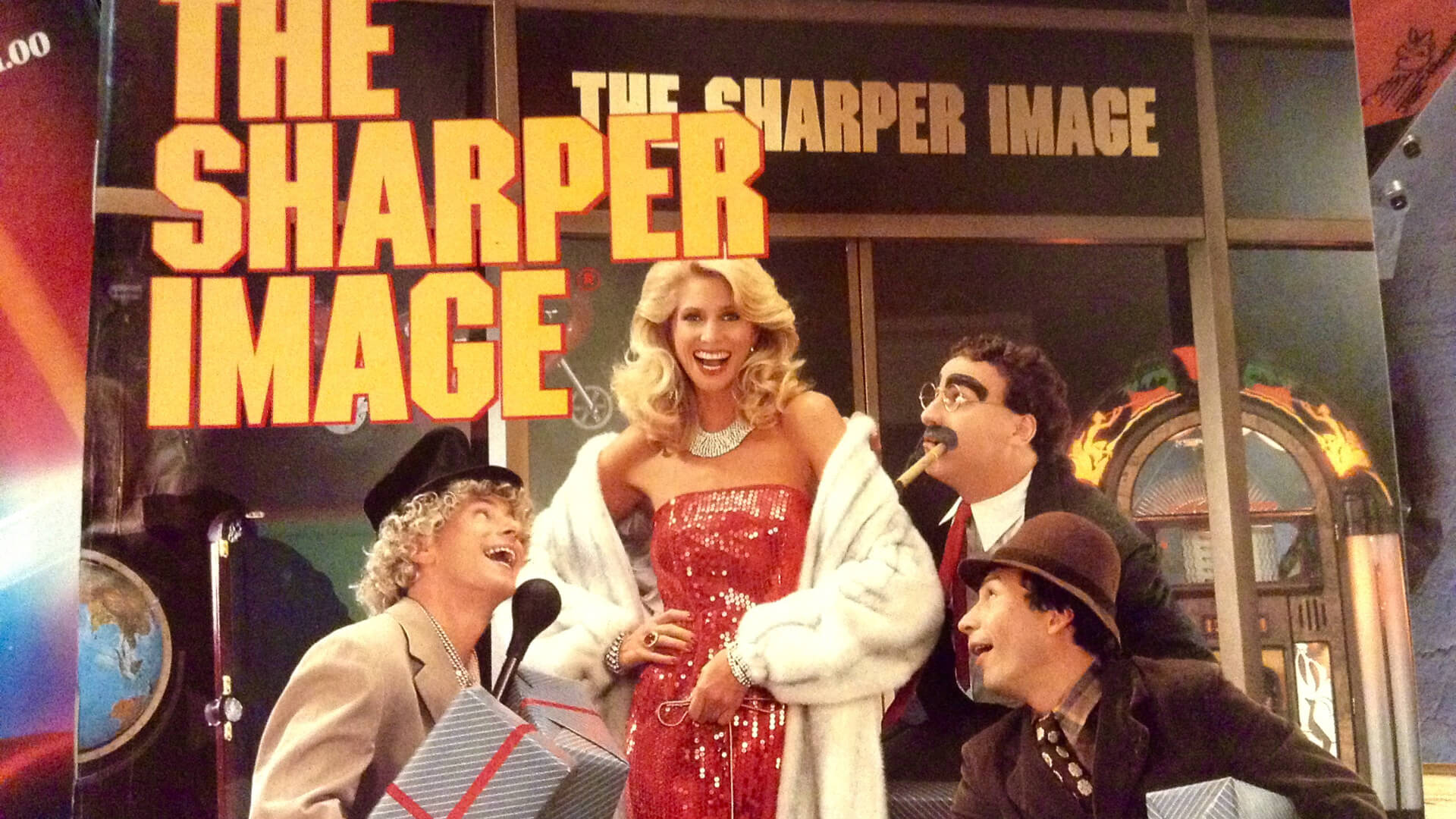 The Sharper Image started as a catalogue retailer in 1977, but it really rose to prominence when its stores were one of the prime places to find fancy digital devices for modern living, ultimately growing to a $760 million public company with over 300 locations at its height.

Unfortunately, the company never really generated enough brand loyalty to keep growing, and it was one of the first victims of the retail apocalypse. By the time the company filed for Chapter 11 in 2008, there were only 86 stores remaining, all of which were closed as a result of the bankruptcy. The brand lives on, though, and was sold to the ThreeSixty Group for $100 million in 2016. So, if you do still want that $350 air purifier or $3,000 massage chair, you can order them online. 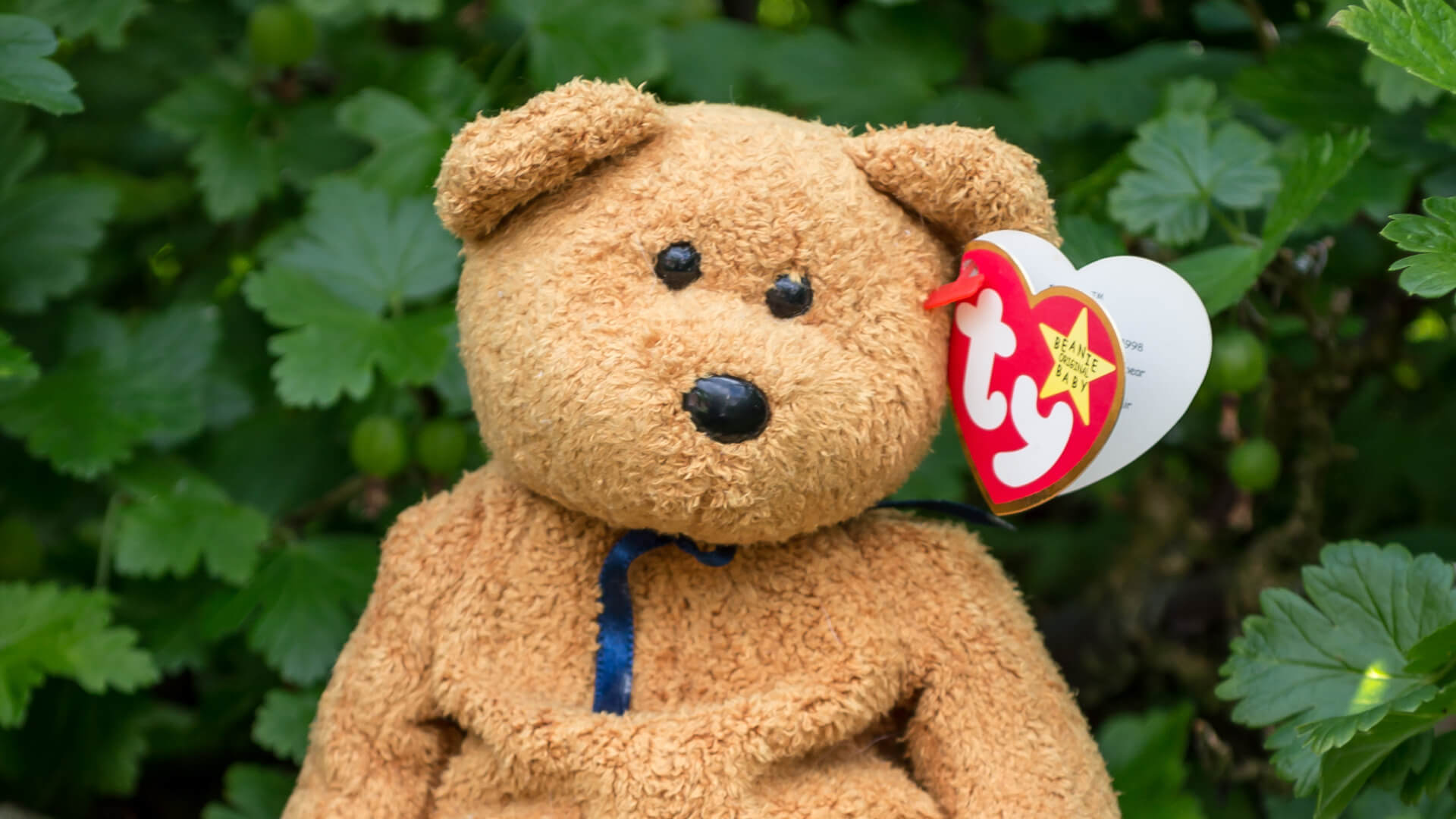 Although you might not be familiar with Ty, Inc., you’ve probably heard of its most notable product: the notoriously pricey collectible Beanie Babies. The small plush toys were all the rage from when they were introduced in 1993 to 1999 when they were initially retired by Ty Warren — the reclusive inventor of the toy and founder of the eponymous Ty, Inc. It’s estimated that more than 60 percent of American households owned a Beanie Baby in the 1990s and that the toys accounted for 10 percent of total sales on eBay at one point.

However, the craze was relatively short-lived, and toys that once fetched $5,000 from collectors saw values drop to less than a dollar apiece. Ty, Inc., though, is still in operation today, selling a variety of small plush toys. 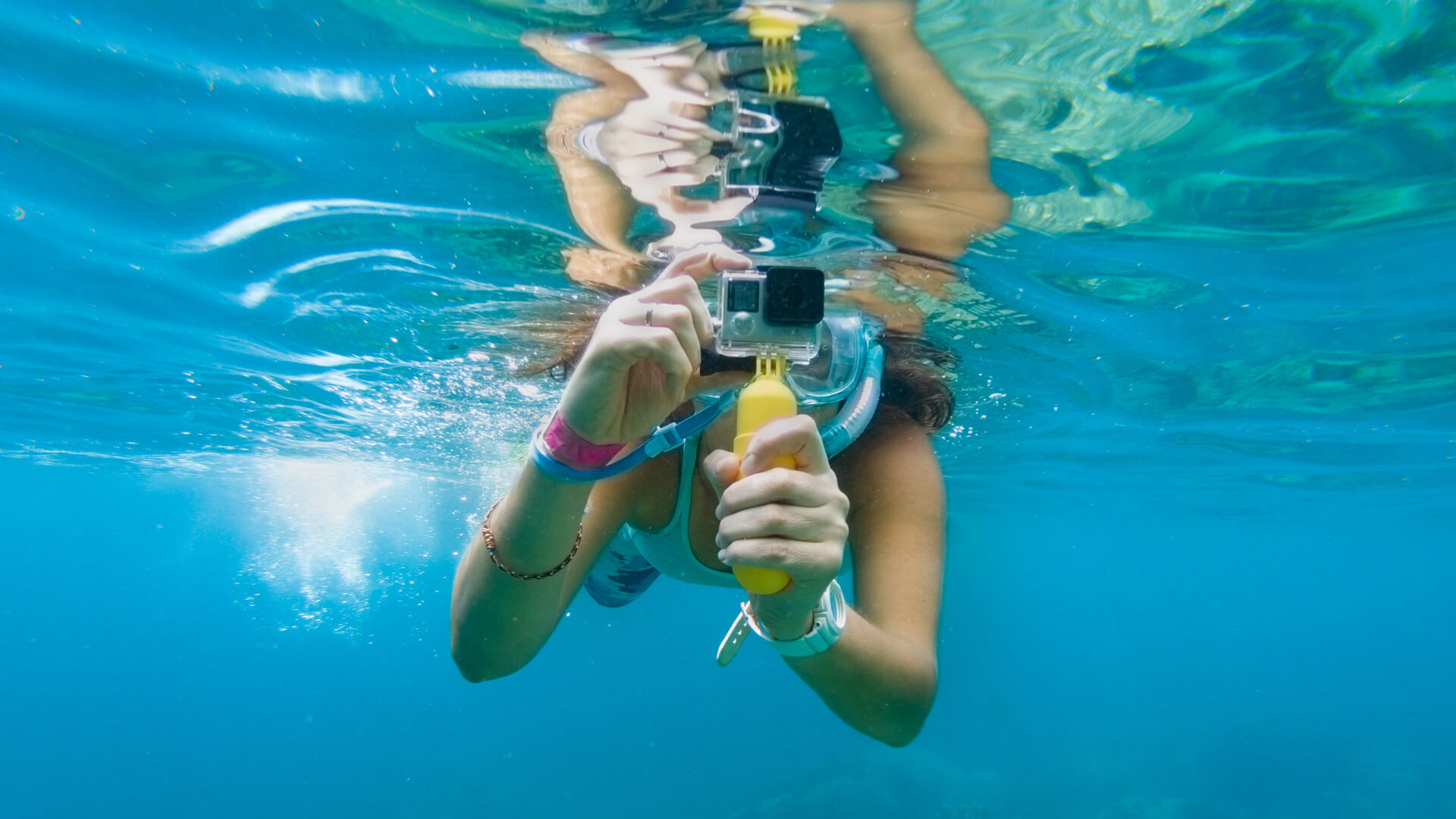 GoPro’s popularity — and sales — grew rapidly in the lead up to the company’s June 2014 IPO. However, its foray into drones backfired badly. The GoPro Karma malfunctioned for users and prompted a recall that led to a series of layoffs and the shuttering of the Karma division.

“We failed to make GoPro contemporary and failed to align GoPro with the smartphone movement,” said founder and CEO Nick Woodman in a March 2017 interview with CNBC. “[The] smartphone has set a new bar for convenience…”

GoPro is still selling cameras, but it’s struggling to return to profitability as the stock continues to crater. Since hitting a high of almost $100 a share in October 2014, GoPro’s stock is currently trading at less than $7. Even two years ago it was considered to be failing. So, maybe “GoBroke” would be the more apt name for the time being. 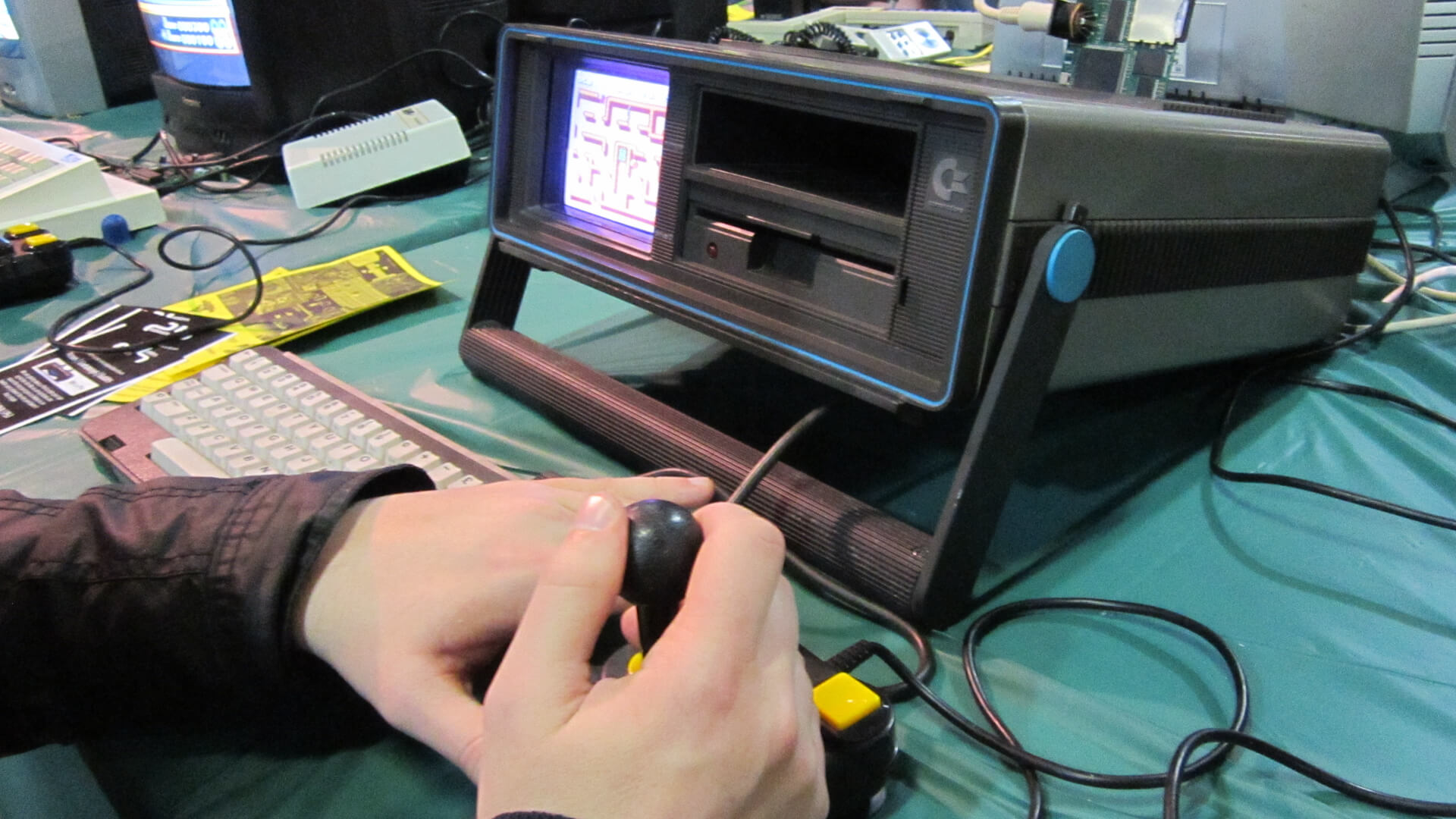 It’s going to be hard to describe to future generations what it was like to receive your first computer, but that’s an experience that a segment of Americans still remembers well. And the odds are good that for many of those people, their first computer was a Commodore, the company that helped revolutionize the nascent PC market in the late 1970s and early 1980s.

Founded by an Auschwitz survivor to make calculators in 1954, Commodore’s shift to computers — starting in 1977 with the Commodore PET 2001 — took the company to new heights. The Commodore 64 ultimately sold upwards of 12 million units, but the company failed to adapt. It lost market share and went bankrupt in 1994.

Today, the brand is actually staging a comeback in the form of a new smartphone produced by two Italian entrepreneurs and sold under the Commodore name. 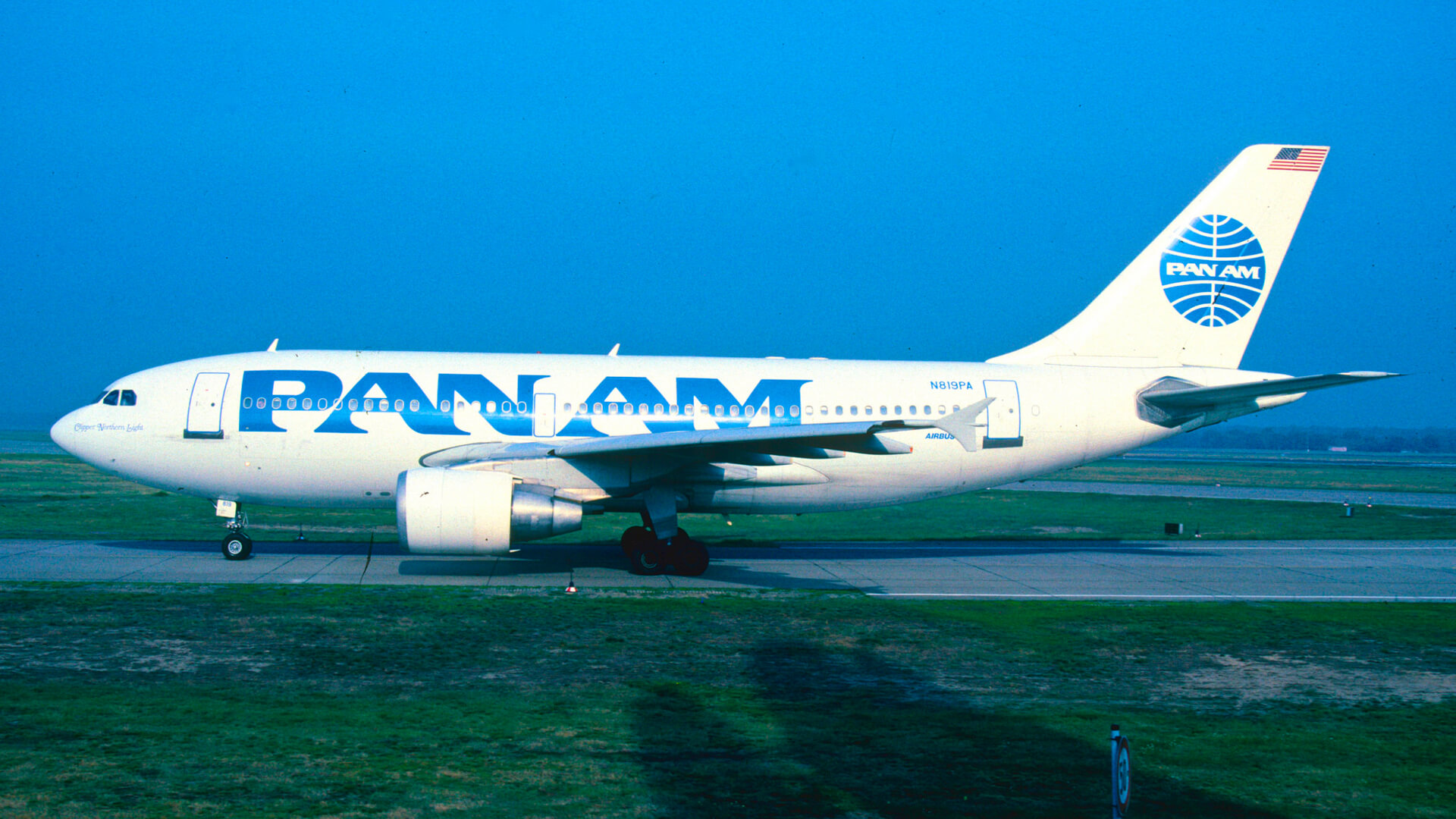 Pan American World Airways’ first passenger services as an air carrier began early in 1928, less than 25 years removed from the Wright Brothers’ first flight at Kitty Hawk. It thrived in the post-World War II era and became one of the biggest airlines in the country under the guidance of founder Juan Trippe. Although Trippe’s airline started by ferrying the super-rich back and forth from the Carribean, his biggest innovation was introducing a “tourist class” that made air travel (relatively) affordable for the middle class.

Rising fuel costs and declining travel hurt Pan Am’s bottom line, and the death of Trippe in 1981 was a major blow. By the time that the Lockerbie Bombing in 1988 brought a mountain of bad PR to the company, the writing was on the wall. Pan Am was out of business by the end of 1991. 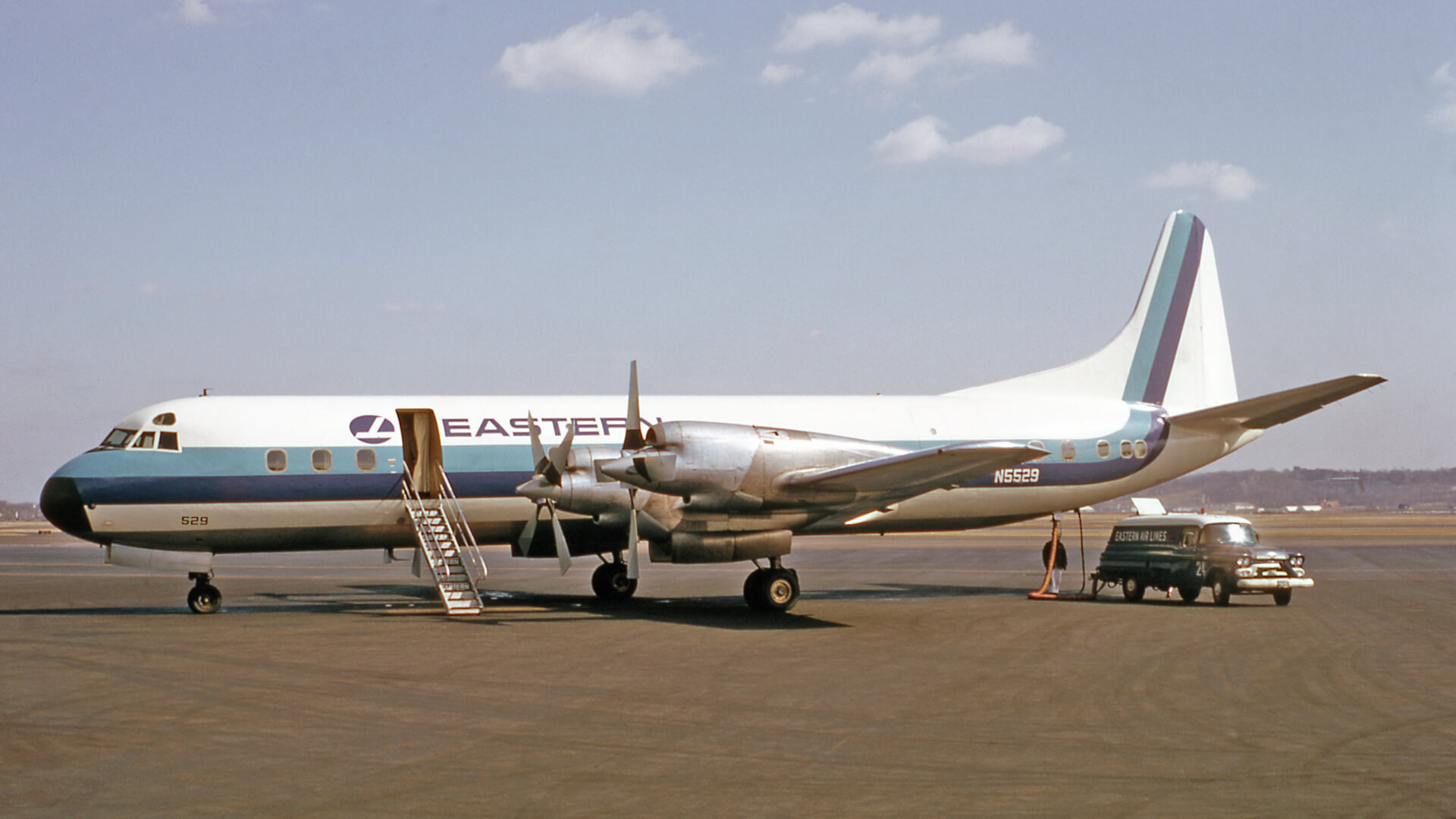 Pan Am isn’t the only major airline that didn’t manage to make it to the end of the 20th century: Eastern Airlines was once considered one of the “Big Four” airlines only to sell to a rival along with $3.5 billion in debt in 1985.

In its earliest years in the 1930s, famed World War I fighter ace Eddie Rickenbacker acted as the company’s general manager, and decades later it became one of the earliest adopters of jetliners, using the Boeing 727 before any other domestic airline.

However, the 1980s proved to be too turbulent for Eastern, as company president Frank Borman — a former astronaut — provided shaky leadership through major labor disputes and mounting debt. By 1985, the company was forced to sell to Frank Lorenzo — who already owned four other airlines — and went out of business by early 1991. 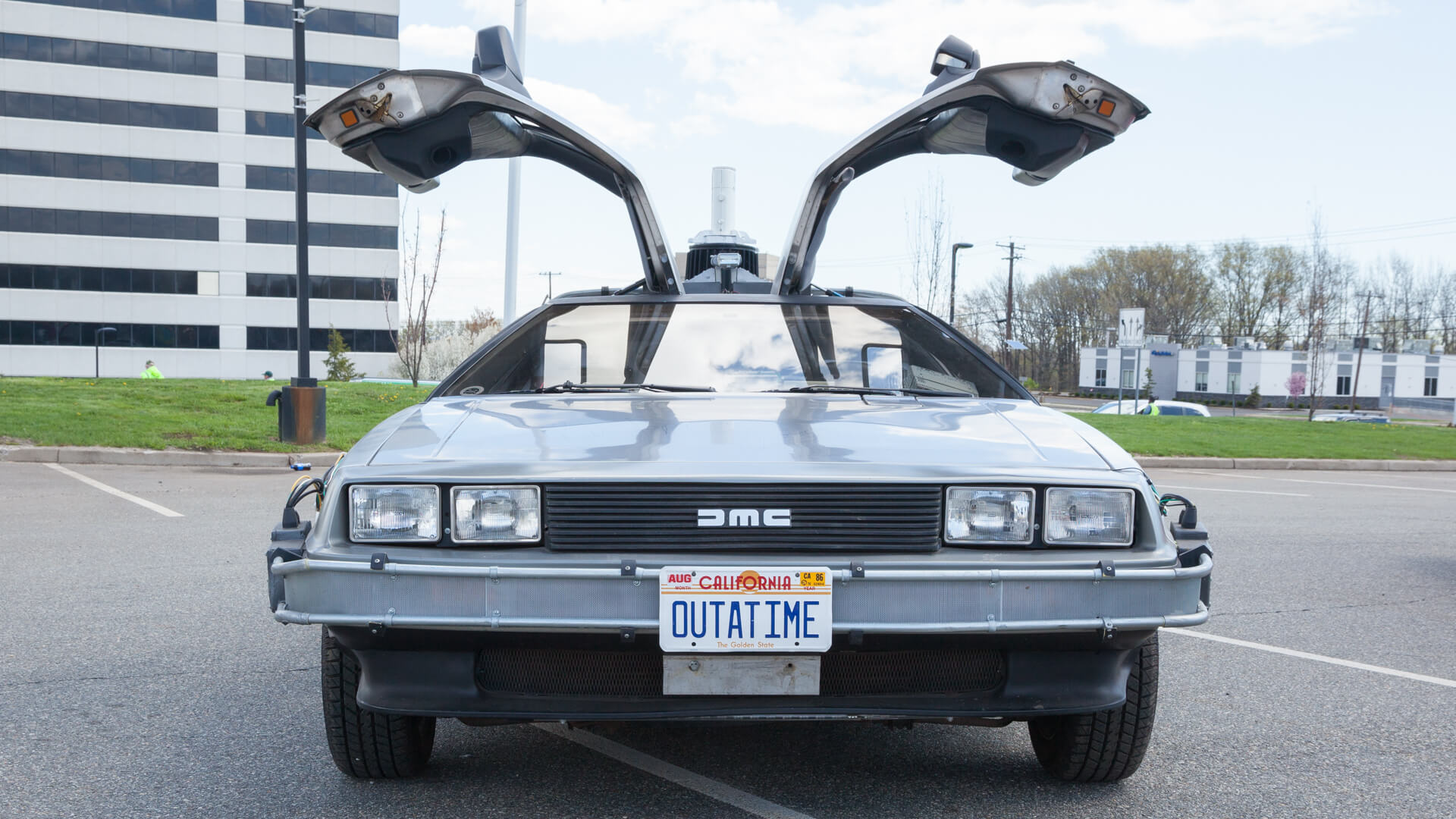 Detroit-born John DeLorean was an engineer who resigned from his position with General Motors in 1973 to found his own company. Investors included Johnny Carson, Sammy Davis, Jr. and the British Government. However, the company’s one product — the $25,000 DMC-12 — was pricey and impractical. The British government opted to shutter the company in late 1982 after only 9,000 had been produced.

Although the company remained out of business, the car became iconic after it was used as the time machine in 1985’s “Back to the Future” and has remained engrained in the popular consciousness ever since. However, almost 45 years after it initially went out of business, DeLorean is back: A mechanic who had specialized in fixing the sports cars purchased the name and announced plans to start producing new cars in 2017. 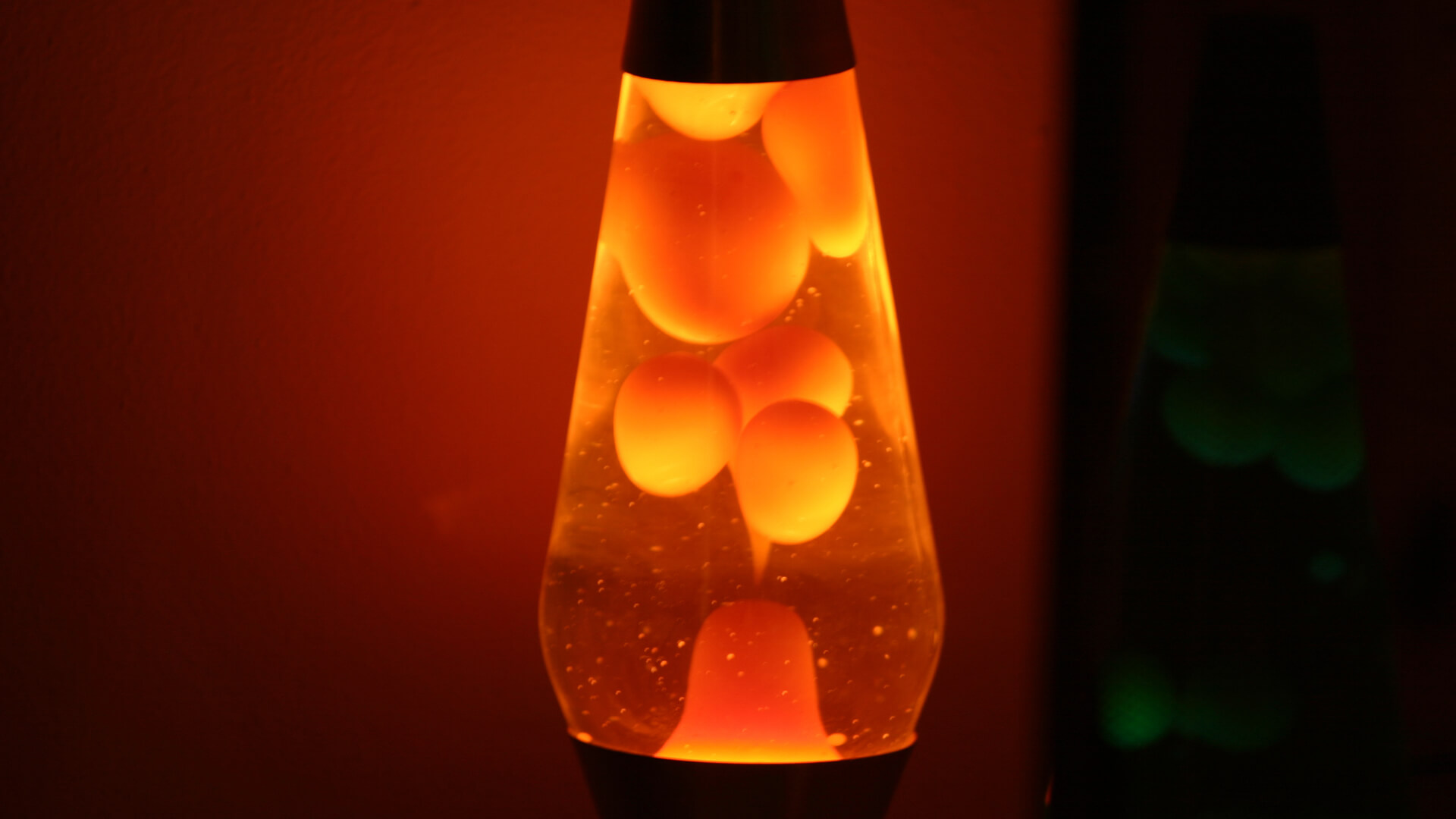 When it comes to symbols of the counter culture in the 1960s, there’s rock ‘n’ roll, the Summer of Love, tie dye, bell bottom jeans and Woodstock. Somewhere in there would be the explosion in popularity of the Lava Lamp, the perfect piece of interior décor to match one’s psychedelic lifestyle.

Created by British inventor Edward Craven Walker, the first “astro” lamp hit the market in 1963 in Great Britain, but soon expanded to America by 1965 when Lava Lite purchased the manufacturing rights for the U.S.

The Lava Lamp’s popularity waned throughout the 1970s, and by 1989 only 1,000 were being made a year. However, a rise in popularity — possibly driven by the Austin Powers craze of the 1990s — helped the Lava Lamp spark a comeback, with the original British manufacturer Mathmos selling 800,000 of them in 2000.

Click through to see which companies failed big before getting it right.