What Happened When These Places Raised the Minimum Wage to $15 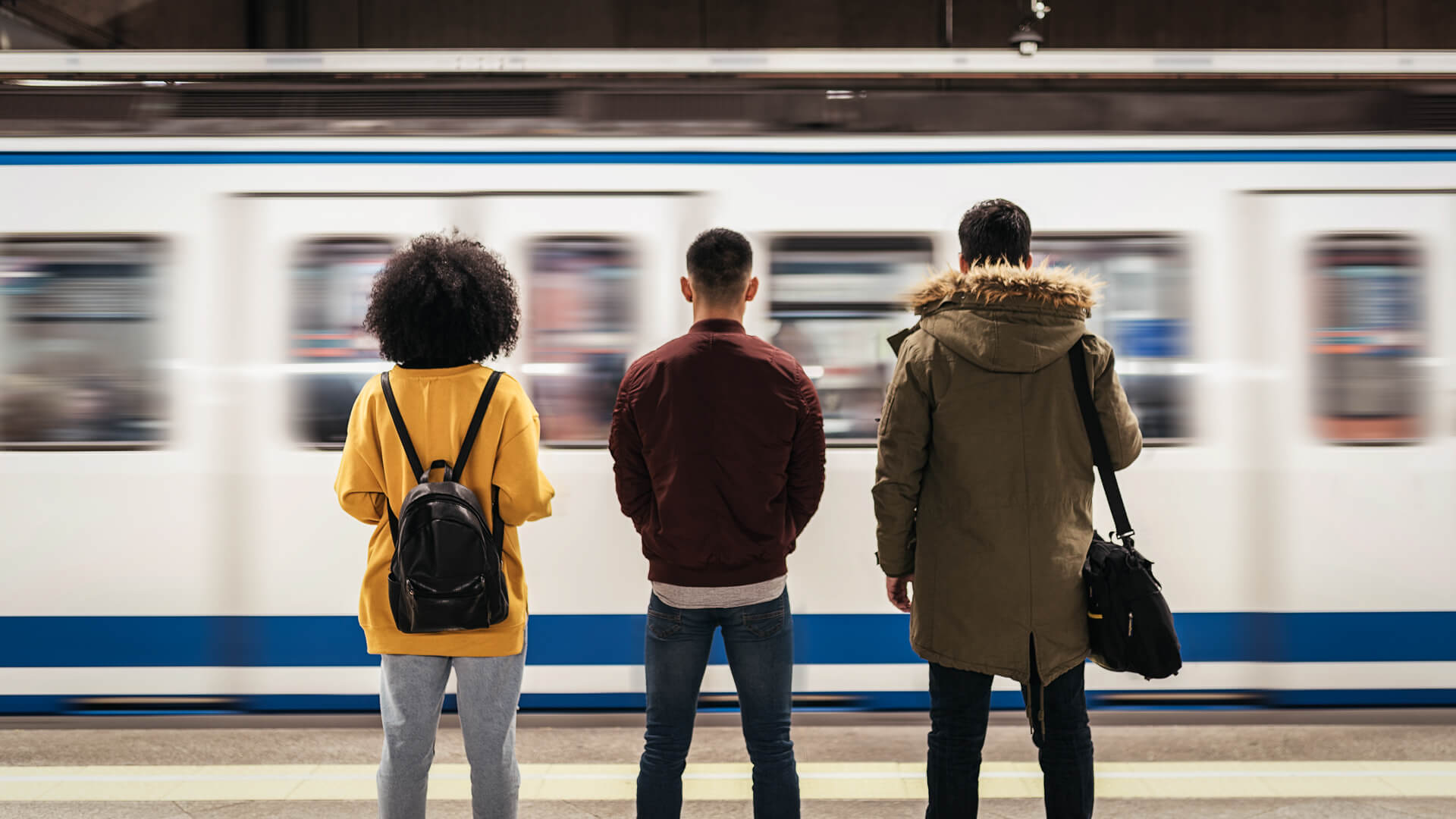 Here’s what a $15 minimum wage would mean for workers, employers, consumers and the economy, and how this higher minimum wage has impacted the places that already have it. 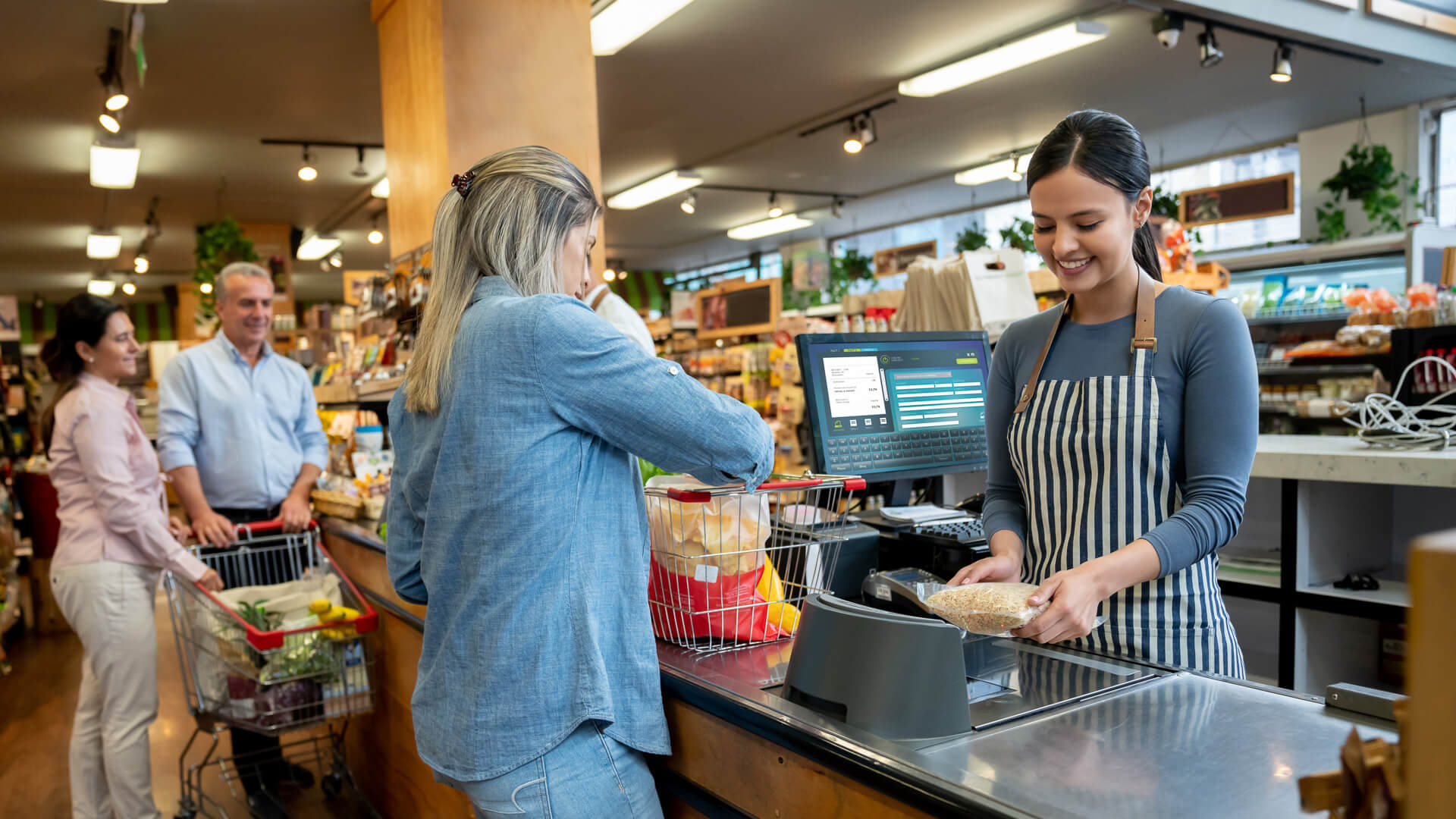 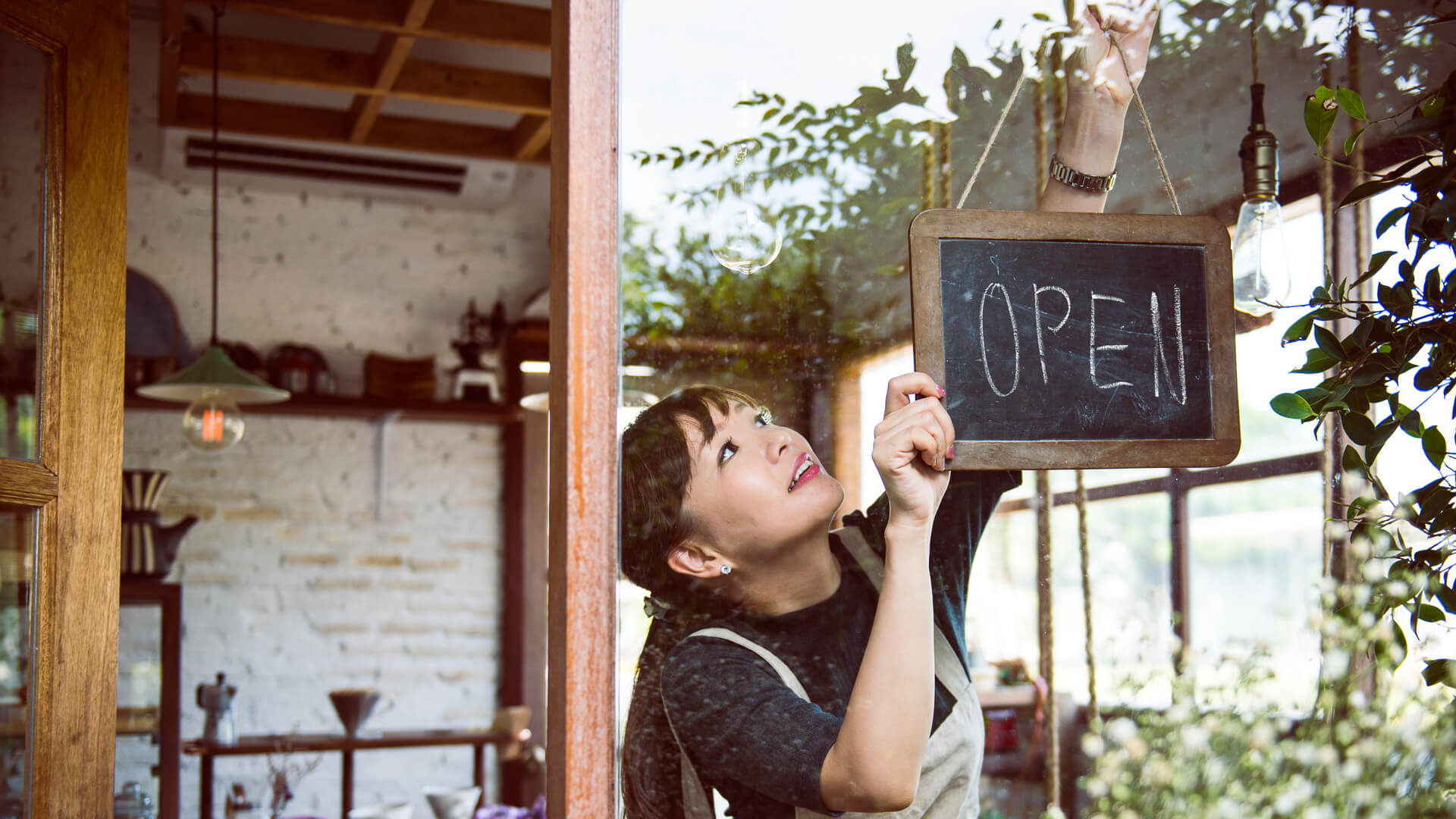 Why Raise the Minimum Wage?

A person working full time and earning the federal minimum wage of $7.25 an hour would make roughly $15,000 a year. That would put a family of two or more with no additional income below the federal poverty level of $16,910. 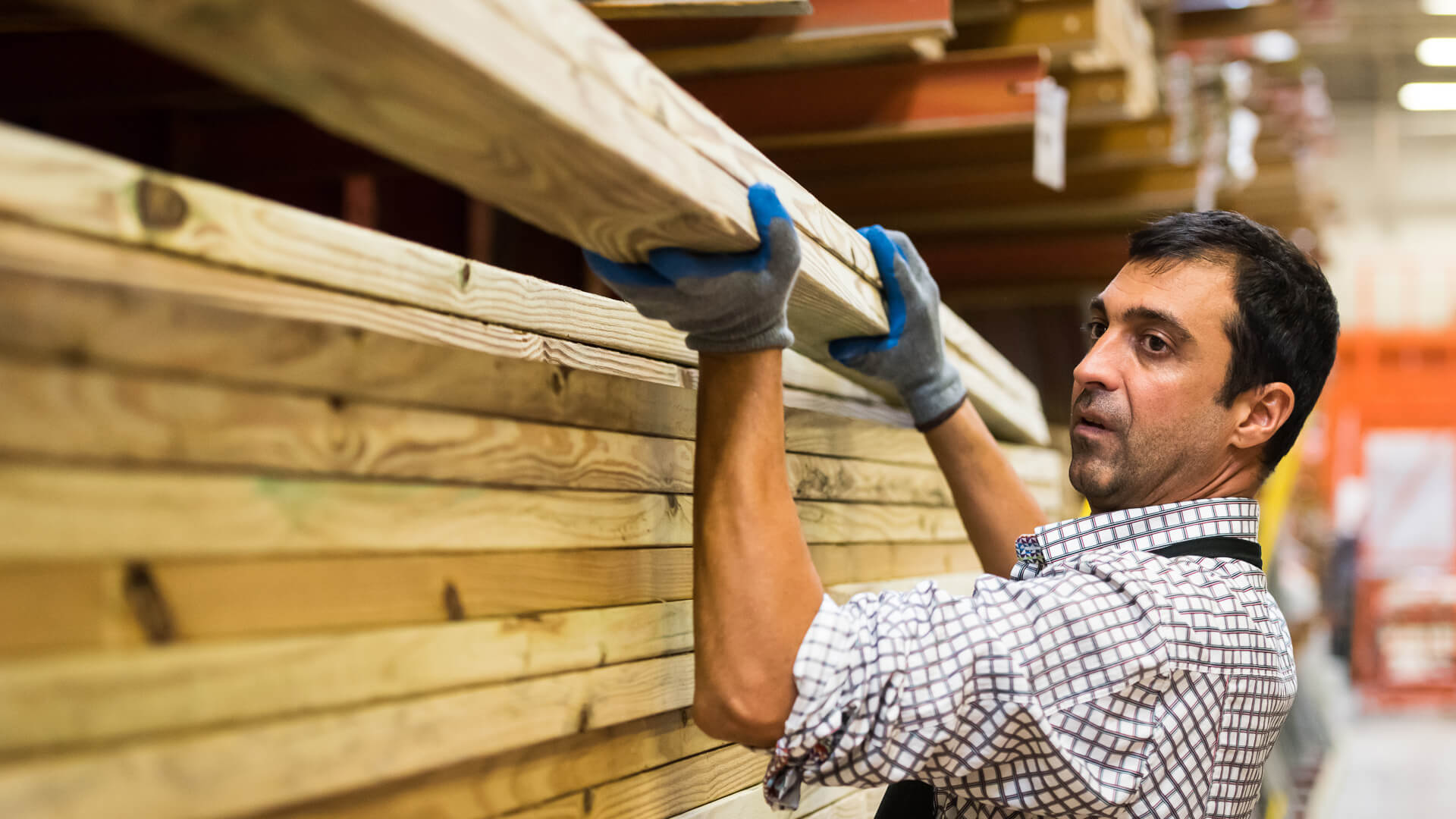 If the U.S. minimum wage were raised to $15 by 2025, the nonpartisan Congressional Budget Office estimated that 17 million workers would see a boost in their wages, according to a CNBC report. In addition, another 10 million Americans who now earn slightly more than $15 an hour might also see a wage increase, according to the report.

The increase in pay for these workers would move 1.3 million Americans above the poverty level, the CBO projected. 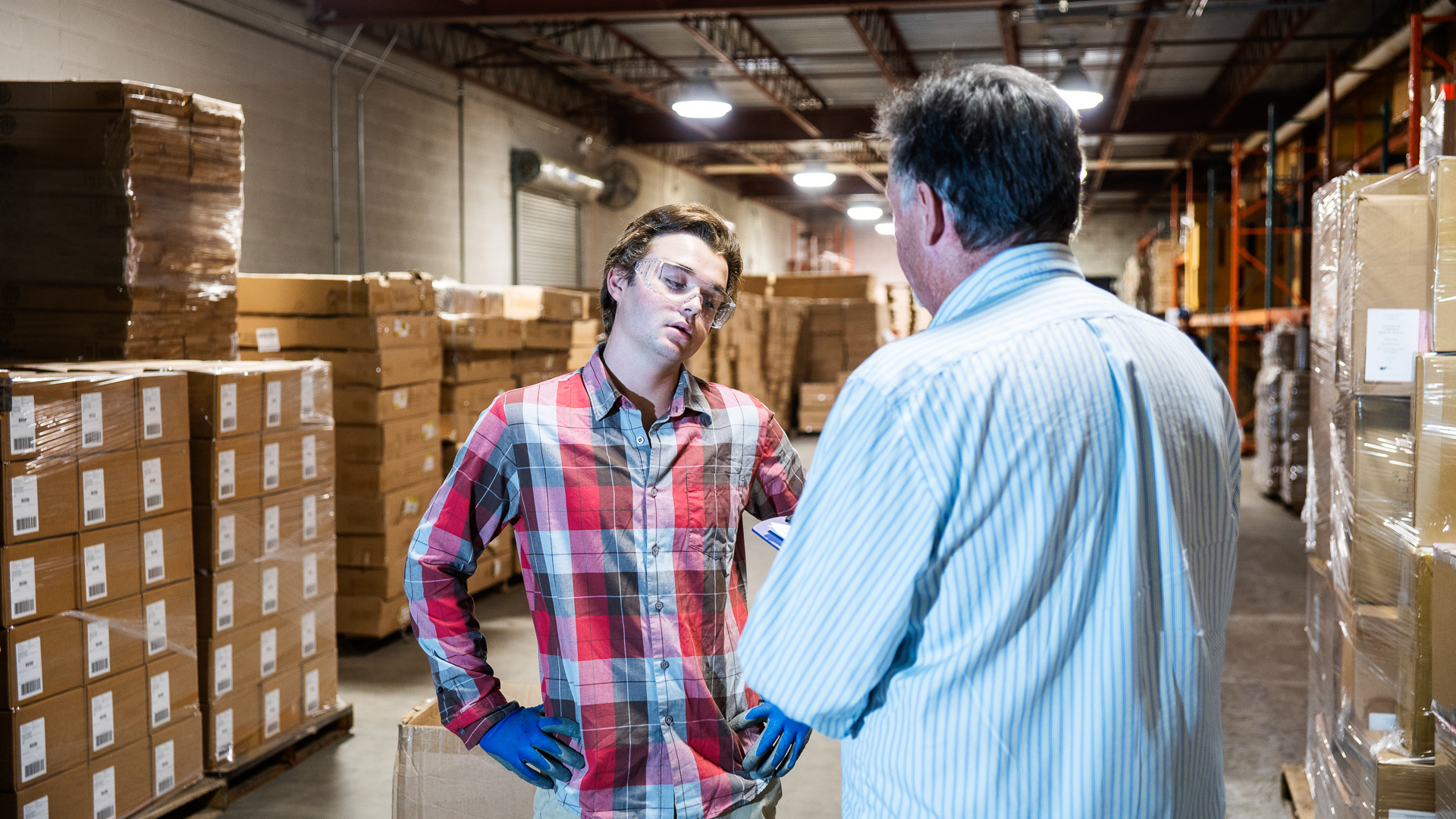 The Potential Downsides of an Increased Minimum Wage

A higher minimum wage could have negative repercussions for both workers and employers, according to the CBO analysis. The CBO estimated that 1.3 million Americans could lose their jobs if a wage hike were enacted, although some economists believe the actual number would be much lower.

The CBO also said that an increase in the minimum wage would “reduce business income and raise prices” as companies pass on the higher costs of labor to consumers. In addition, it could slightly reduce the U.S.’s total output. 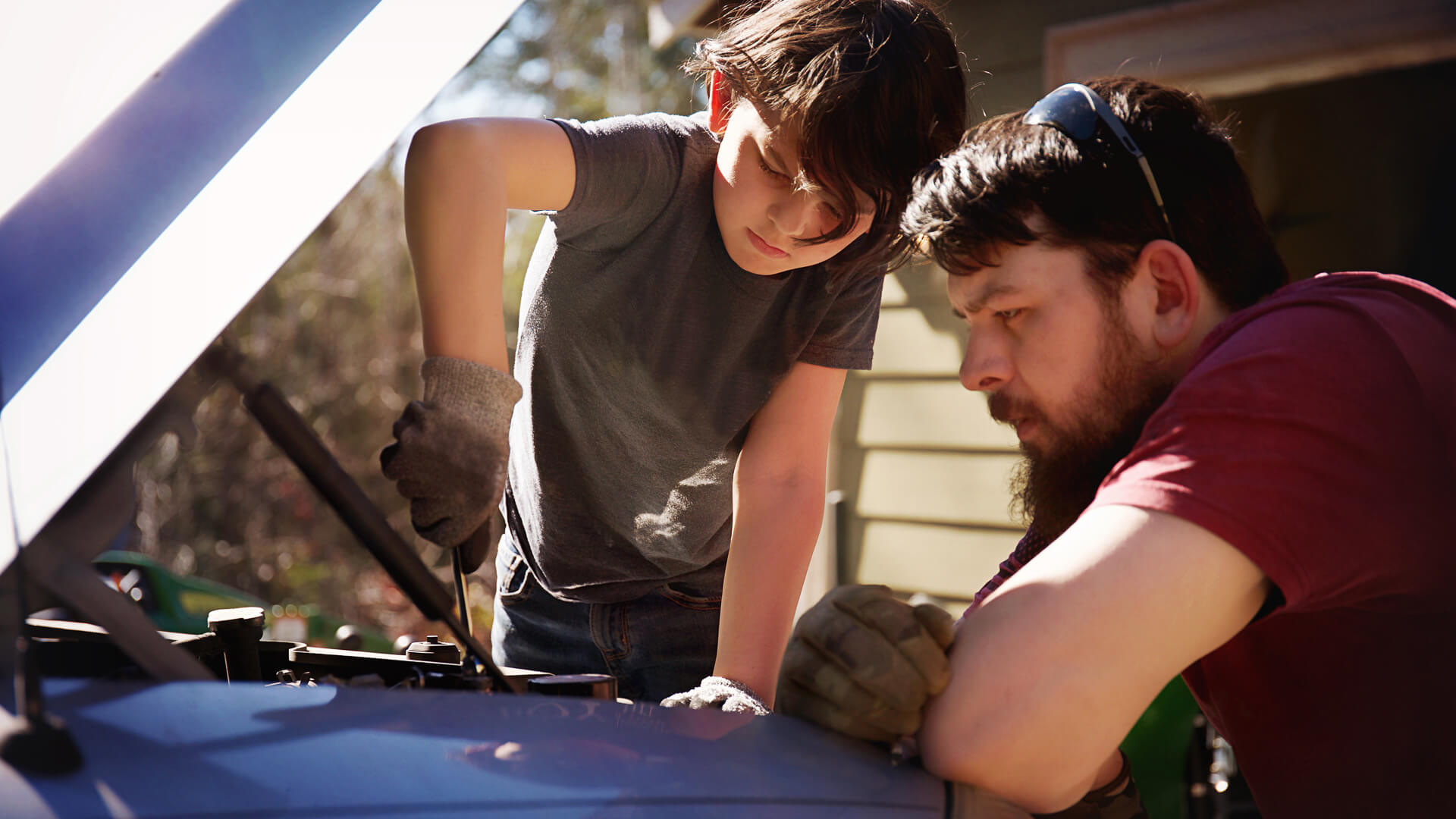 Some Research Disputes the CBO Findings

Although the CBO predicts that raising the minimum wage would have negative effects on employment, some research contradicts these findings. A 2019 study by UC Berkeley’s Center on Wage and Employment Dynamics looked at sub-state wage variations that would echo what would happen if the minimum wage moved closer to the median wage across the U.S.

According to a press release, the study “did not detect adverse effects on employment, weeks worked or weekly hours among workers with a high school degree or less.”

“The results of our research show that we can raise pay to $15, even in low-cost states,” said Anna Godoey, one of the study authors, in the press release. “The data show that the minimum wage has positive effects, especially in areas where the highest proportion of workers received minimum wage increases. We also found reduced household and child poverty in such counties.” 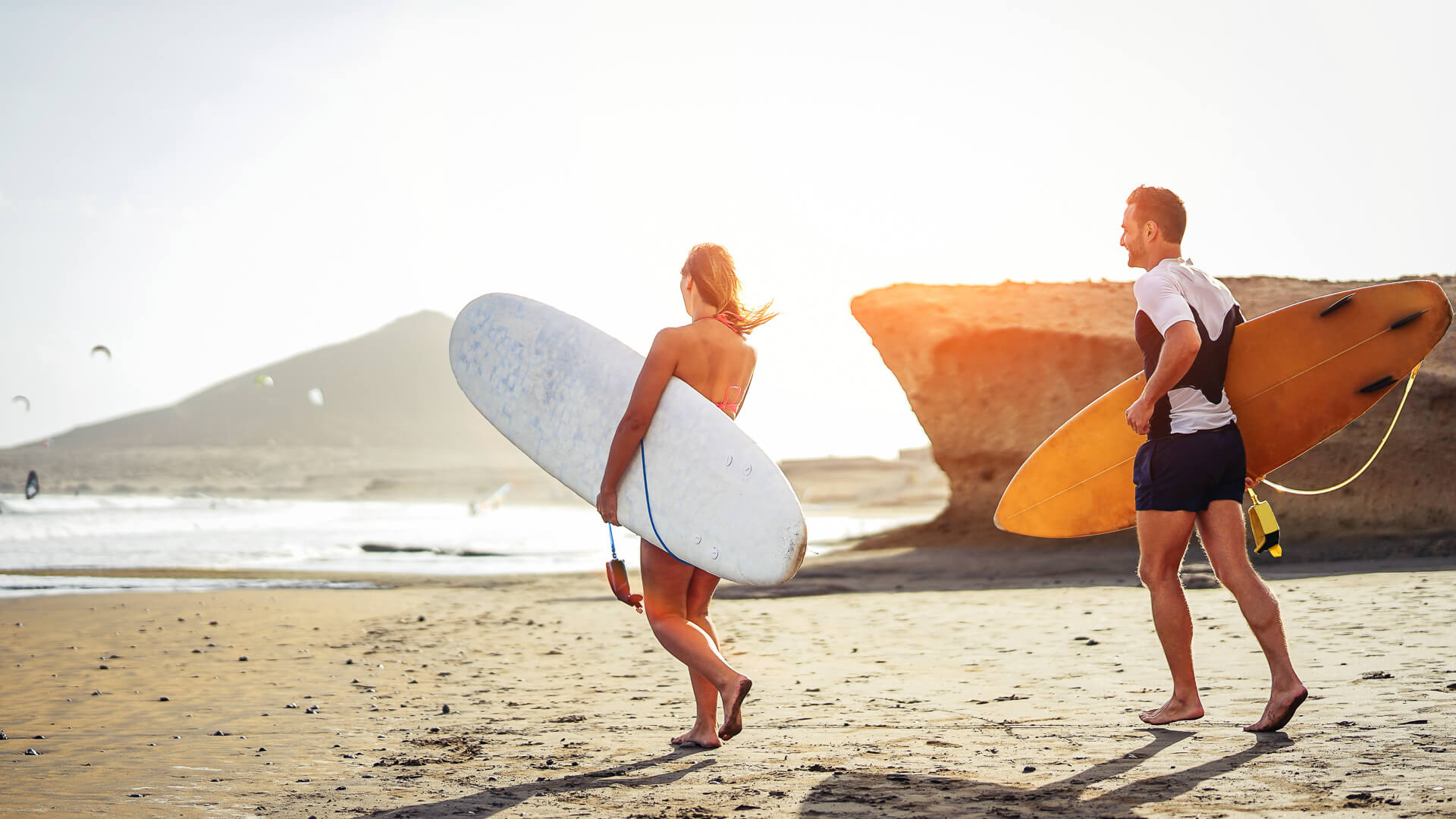 States That Have Passed a $15 Minimum Wage 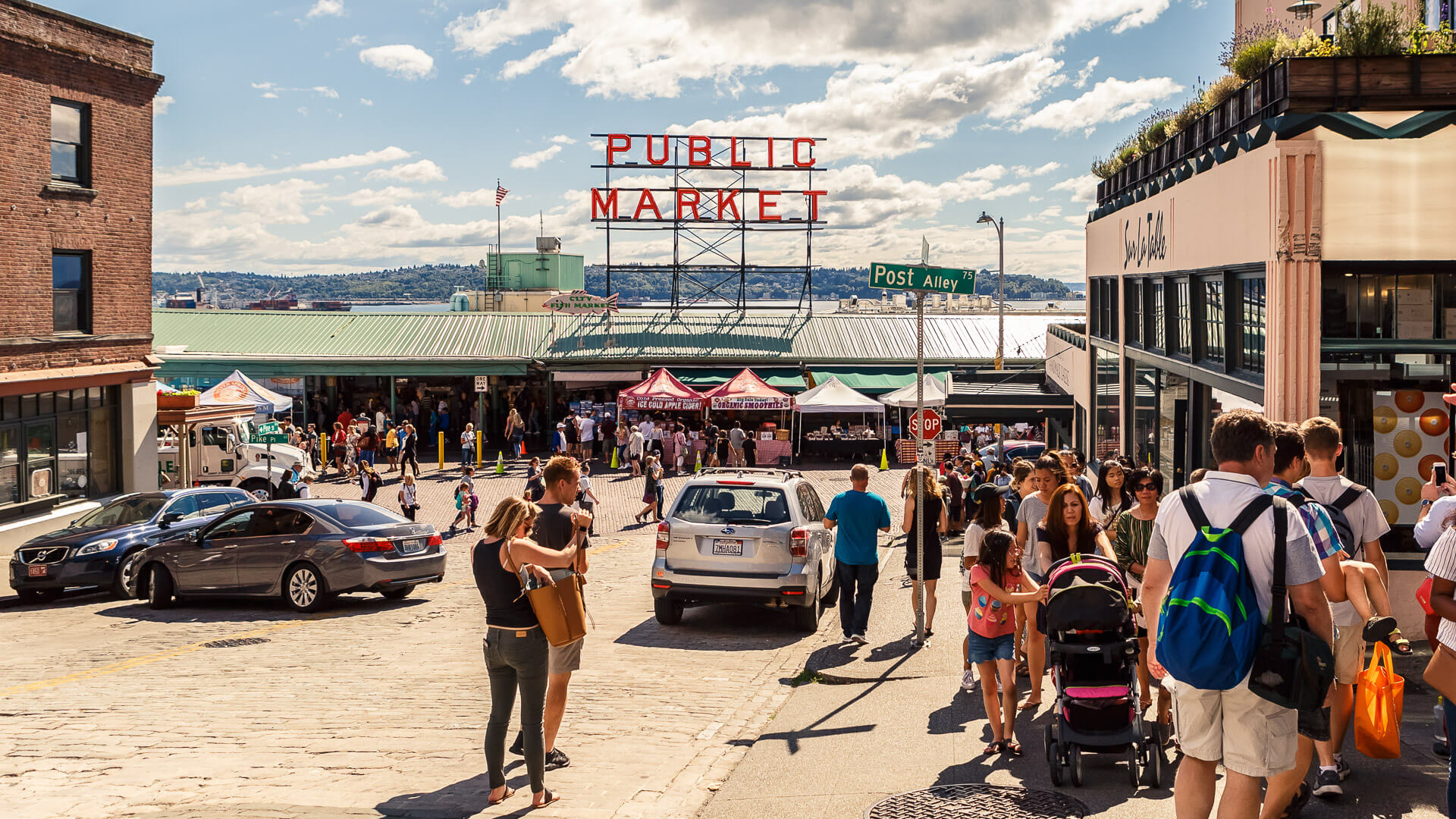 Cities With a $15 Minimum Wage

Federal and statewide changes to the minimum wage will take longer to roll out, but some cities already have enacted — or have plans to enact — a $15 minimum wage. These cities include: 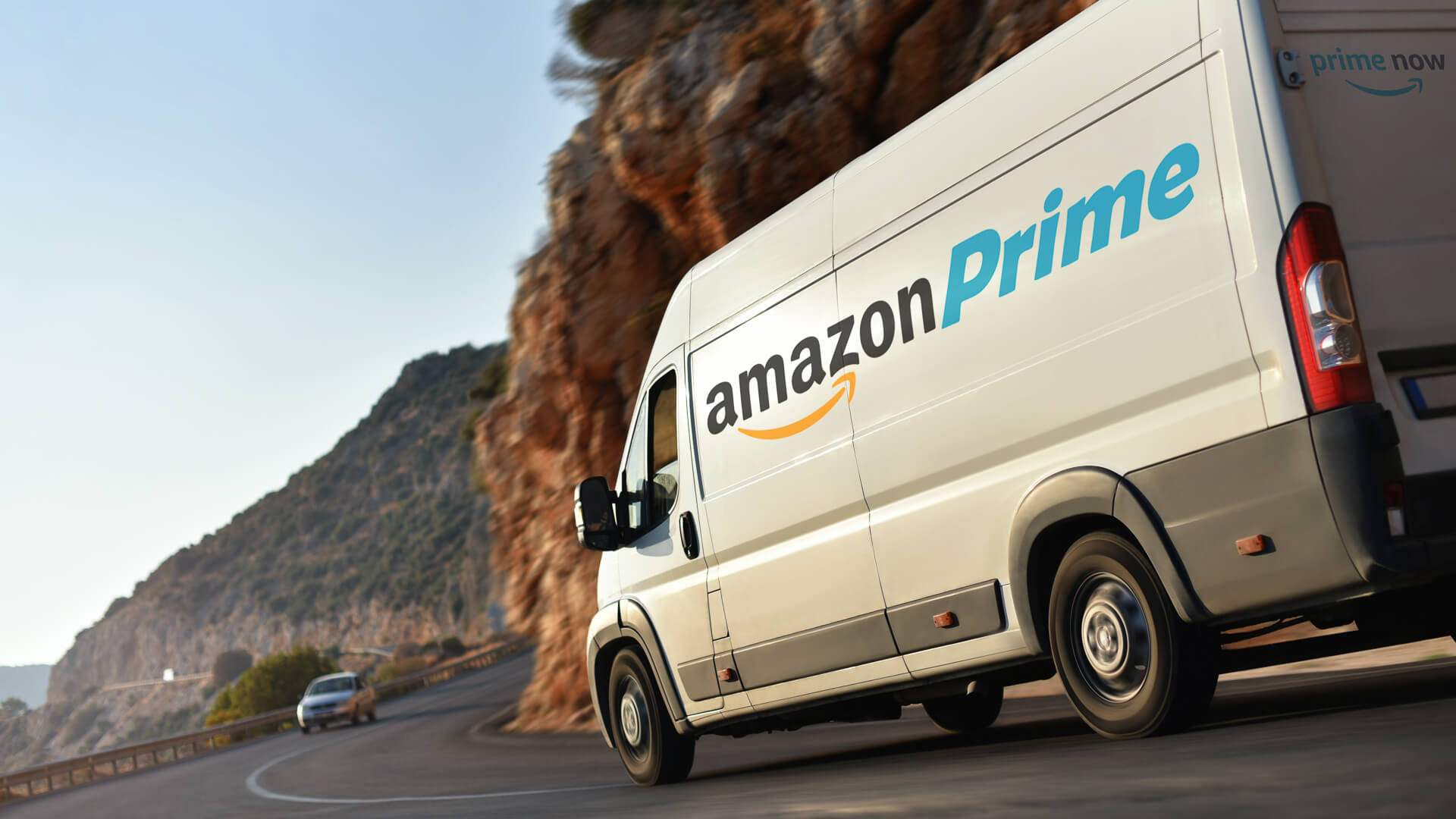 Major Companies With a Minimum Wage of $15 or Higher

Several major companies also have raised — or made plans to raise — their minimum wage to $15 an hour or more: 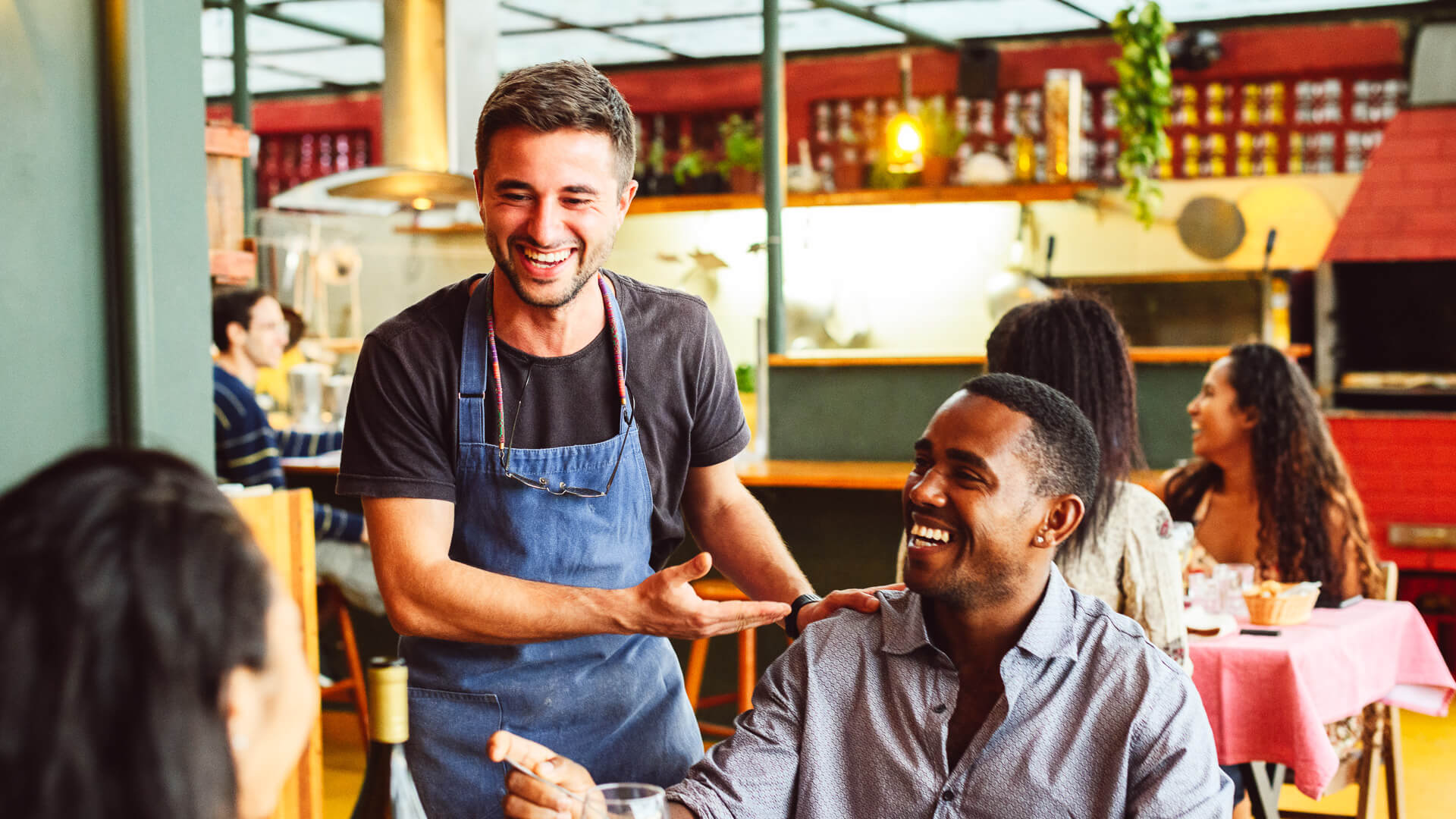 Most of the places that currently have a $15 minimum wage haven’t had it implemented for long enough to see the true effects of the increase, but a 2018 study by UC Berkeley’s Center on Wage and Employment Dynamics examined what happened in six major cities that increased their minimum wage to more than $10 by the end of 2016: Chicago, Oakland, San Francisco, San Jose, Seattle and Washington, D.C. The study focused specifically on the food services industry, which is a major employer of low-wage earners.

The study concluded that the cities had stronger private sector growth than the average comparable county. It also found that raising the minimum wage by 10% increased earnings among food services workers by 1.3% to 2.5%. And, significantly, the study found that the increase in the minimum wage in these cities did not lead to job loss. 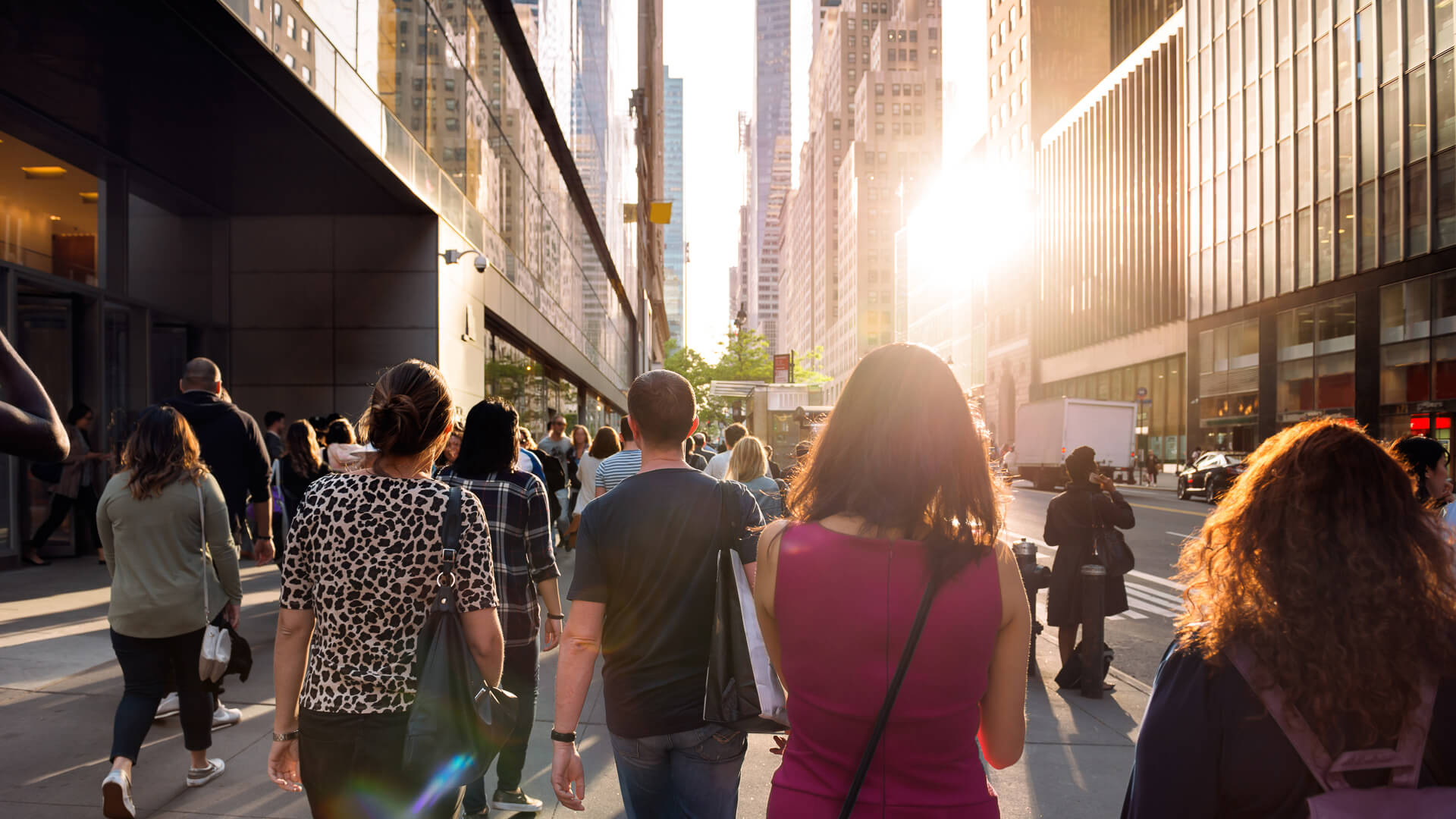 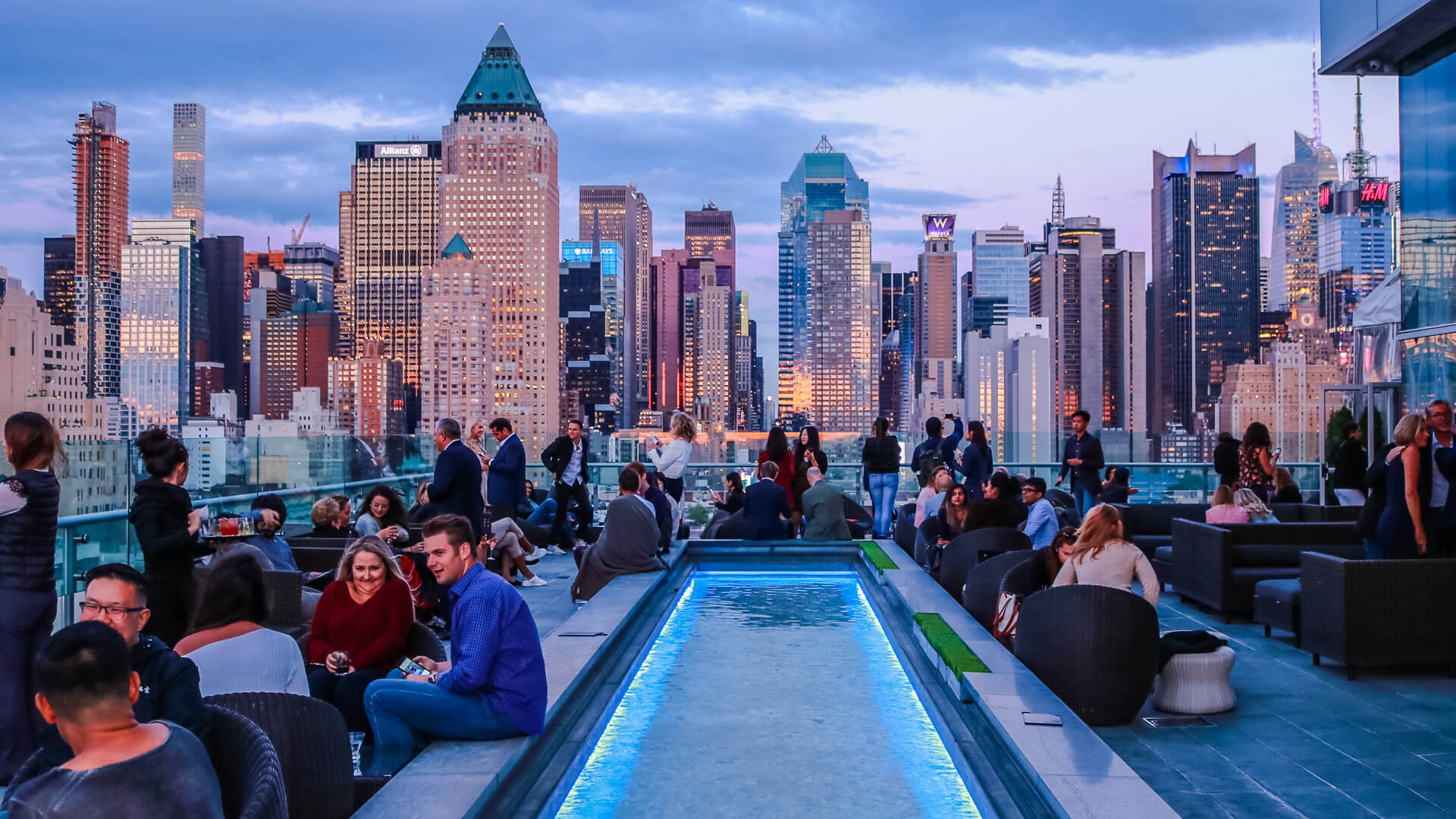 In response to New York City’s latest minimum wage increase — it became $15 for most employers on Dec. 31, 2018 — some restaurant owners said they had to cut employee hours and raise prices, CBS News reported. Jon Bloostein, who operates six New York City restaurants that employ between 50 and 110 people each, said he no longer uses hosts and hostesses during less busy times and began staggering employee start times. He also increased menu prices. 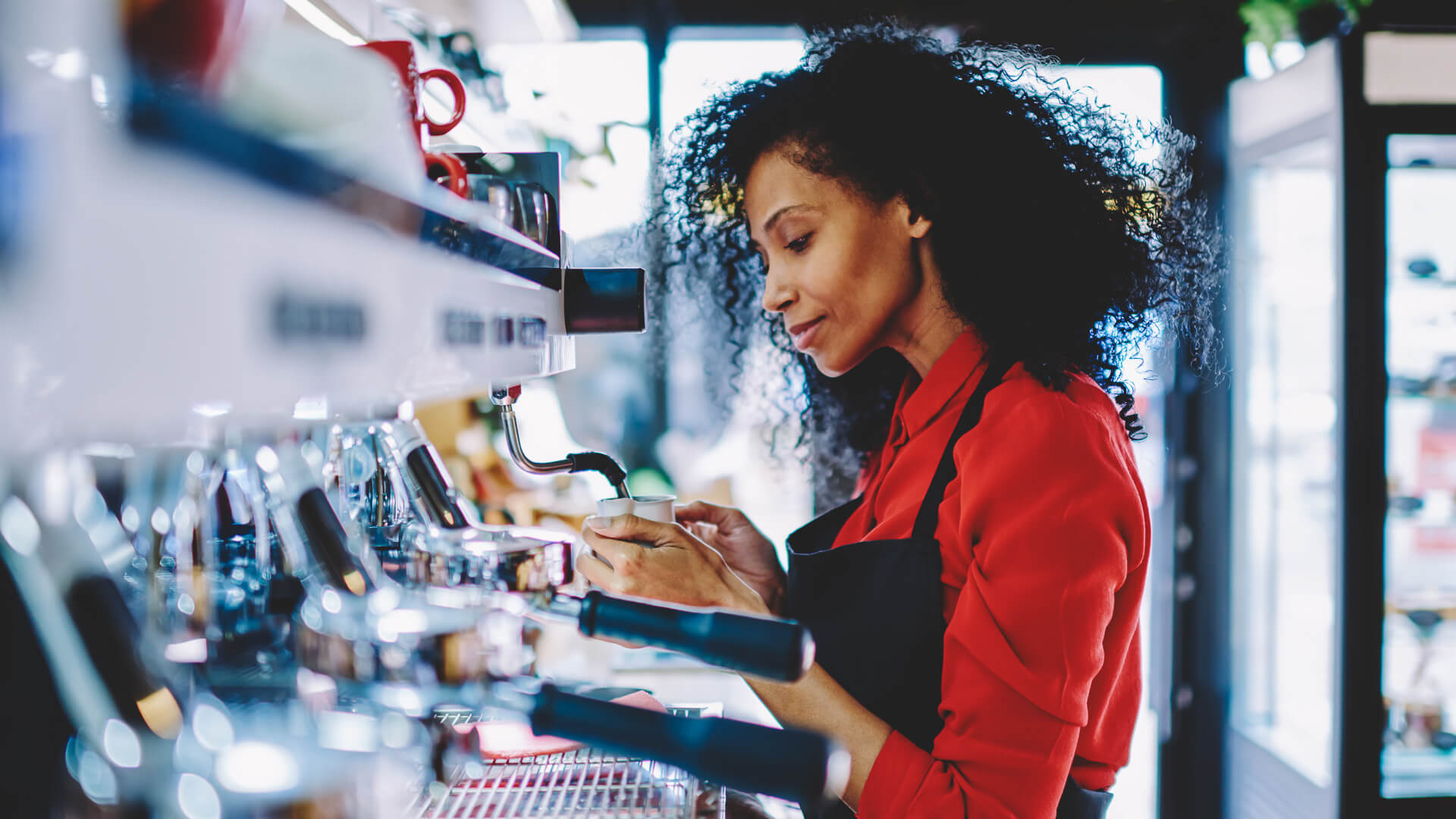 Despite the NYC Hospitality Alliance report, The New School’s Center for New York City Affairs said it did not see massive job loss in the restaurant industry, which has the highest proportion of workers affected by the minimum wage of any major industry.

“The New York State minimum wage rose in phases from $7.25 an hour at the end of 2013 to $13.50 during 2018. During this period, New York City has seen a strong economic expansion of the restaurant industry, outpacing national growth in employment, annual wages and the number of both limited- and full-service restaurant establishments,” the report stated. “Compared to 12 large cities around the country that did not have any minimum wage increases from 2013-18, New York City’s restaurants generally have seen stronger job growth.”

It also concluded that there were no negative employment effects and “sizable” average wage gains for restaurant employees, “with 2013-18 real wage increases averaging 15-23% for full-service and 26-30% for limited-service restaurant workers.” 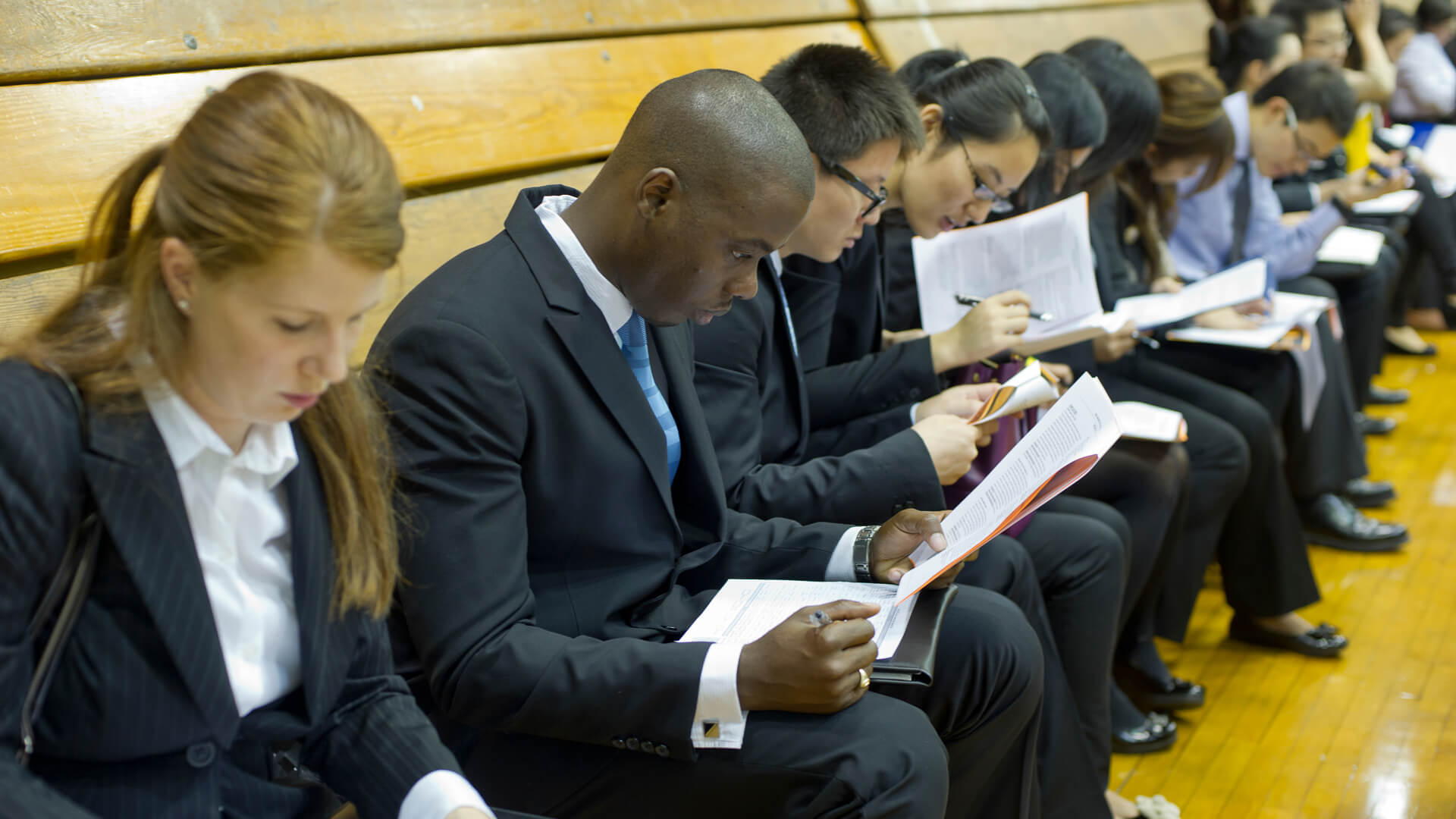 3. What Happened: The Unemployment Rate Rose

The unemployment rate in New York City was 4.0% in December 2018 and increased since the latest minimum wage increase, to 4.1% in January, 4.2% in February and 4.3% in March. It has since remained steady at 4.3%, according to Bureau of Labor Statistics data.

It’s unclear whether this is a direct effect of the wage increase, or whether there are confounding factors. 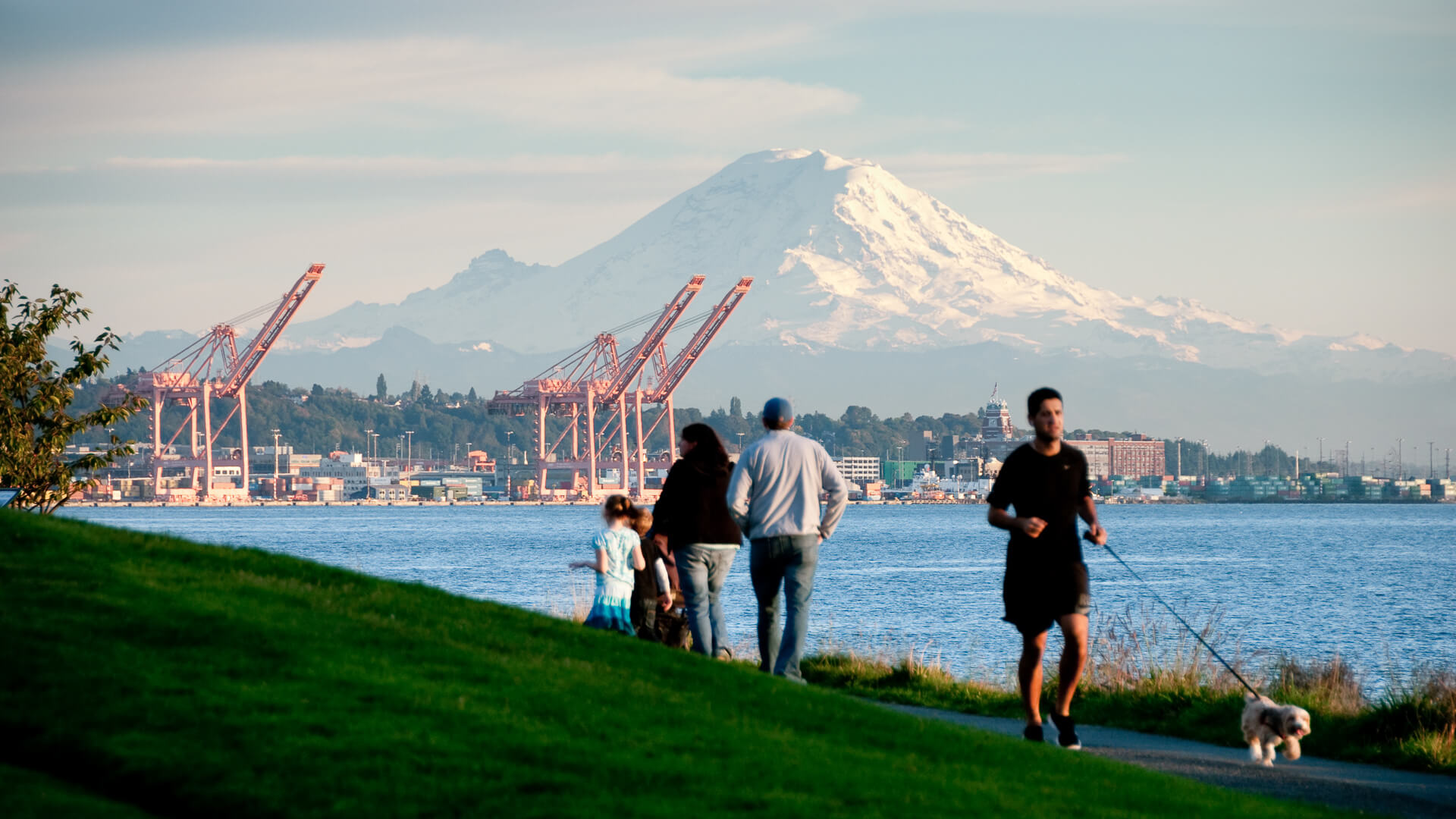 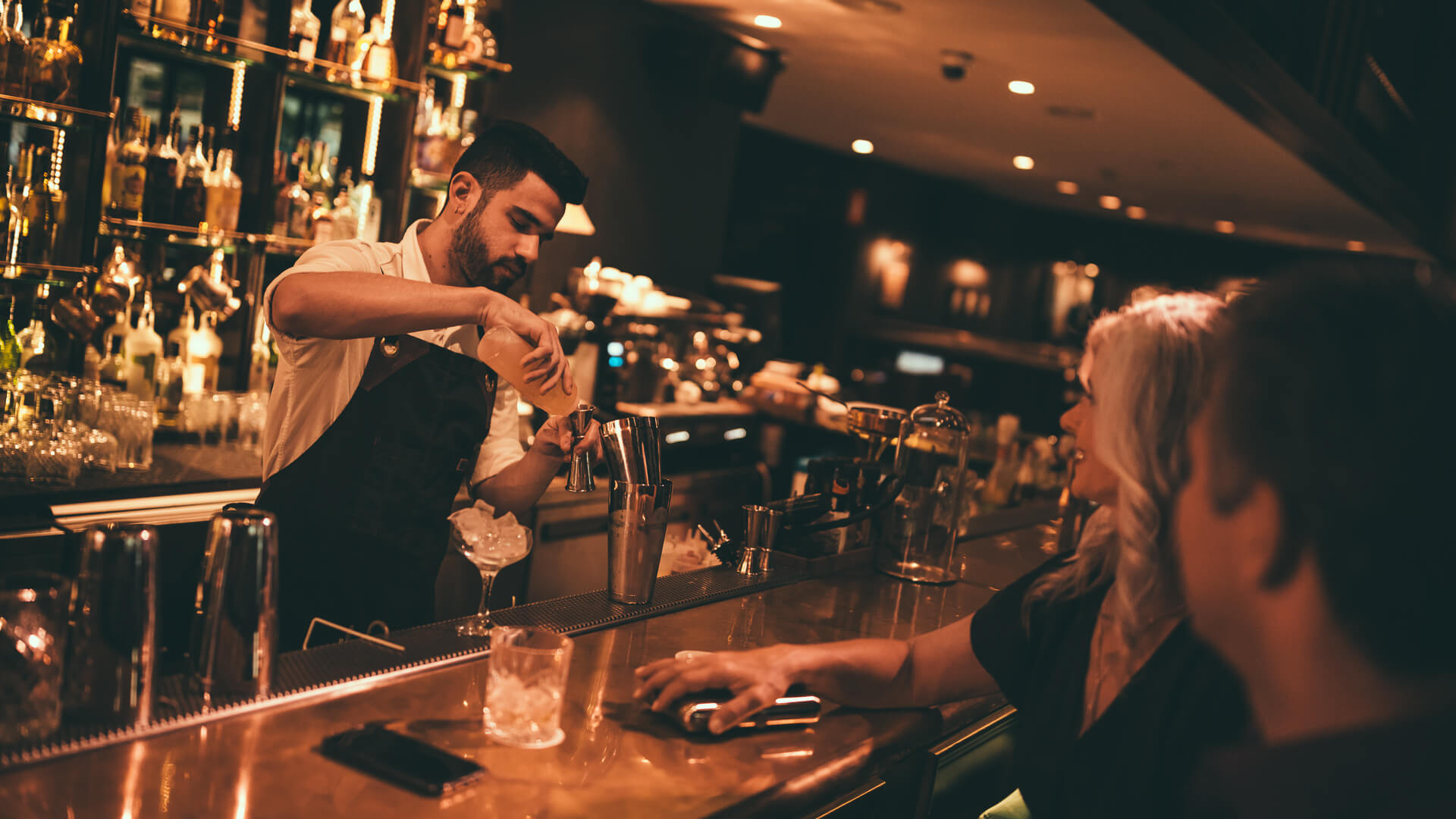 1. What Happened: The Number of Jobs in Restaurants and Bars Increased

Although some business owners, particularly in the food industry, threatened to leave Seattle amid growing wage requirements, it doesn’t seem that many have followed through. According to data from the Federal Reserve Bank of St. Louis and the Bureau of Labor Statistics, the number of jobs in restaurant and bars has been on the upswing since Seattle’s minimum wage laws went into effect in 2015.

University of Washington research published in 2018 found that “fewer than one in four employers reported reducing their workforces through cuts in hours or headcount” as a result of the wage hikes. 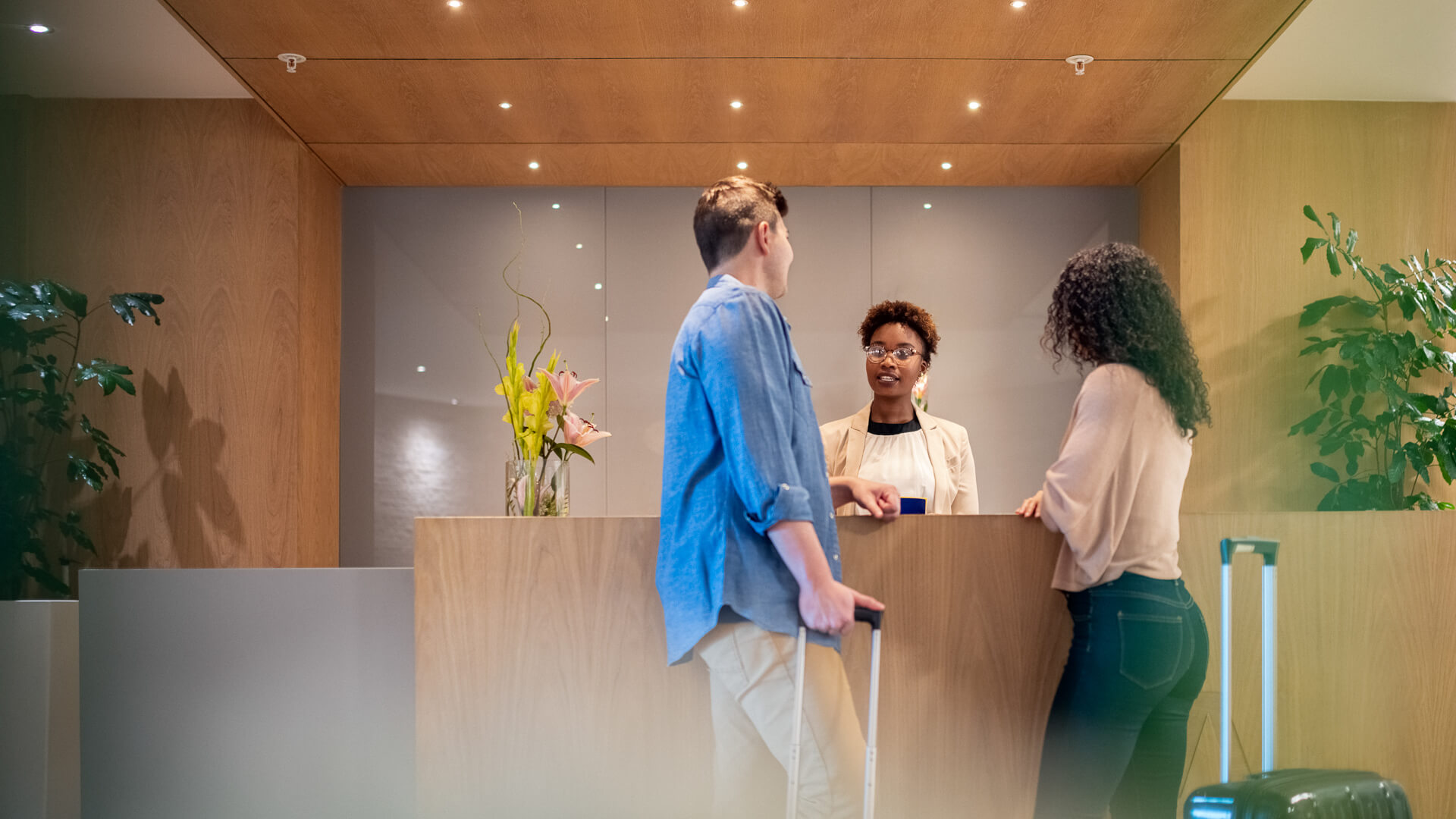 The University of Washington researchers found that “many firms (almost half) raised wages of employees above the newly set minimum wage rates.” However, it also found that to compensate, “about half of all employers reported raising prices to offset increased labor costs.” These price increases were “more likely to occur in the food and accommodation sector than other types of industry sectors,” the study found. 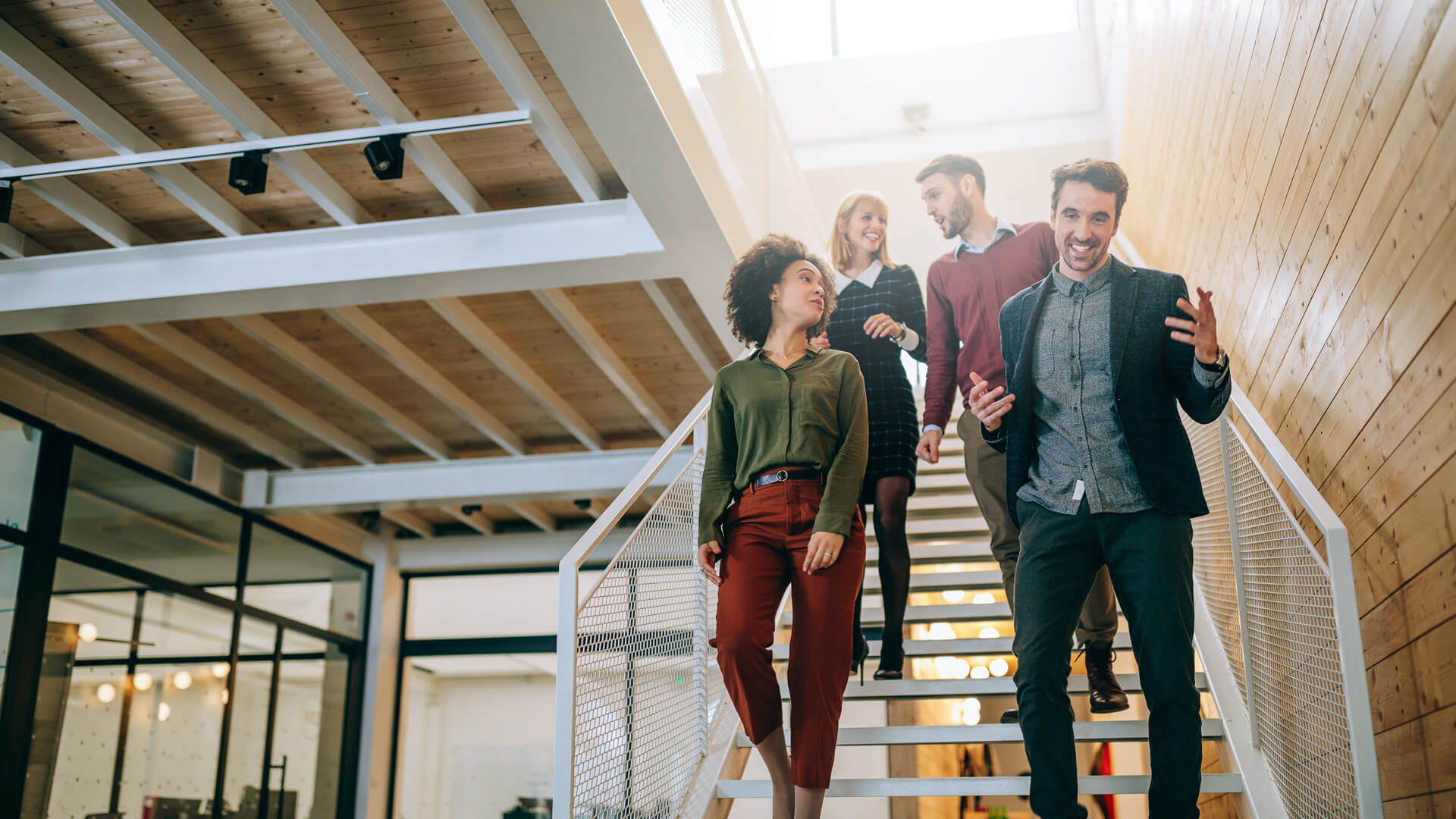 3. What Happened: Low-Wage Workers With Above-Median Experience Saw an Increase in Earnings

A National Bureau of Economic Research working paper published in 2018 found that “on net, the minimum wage increase from $9.47 to as much as $13 per hour raised earnings by an average of $8-$12 per week. The entirety of these gains accrued to workers with above-median experience at baseline; less-experienced workers saw no significant change to weekly pay.”

The pay bump for more skilled workers can be attributed to the fact that these are the employees that businesses want to retain if they have to make job cuts due to higher wages.

“Business owners are willing to pay higher wages, but one of the things they’re looking for is workers who can be productive from their first day on the job,” Jacob Vigdor, one of the study’s lead researchers, told the Seattle Times. 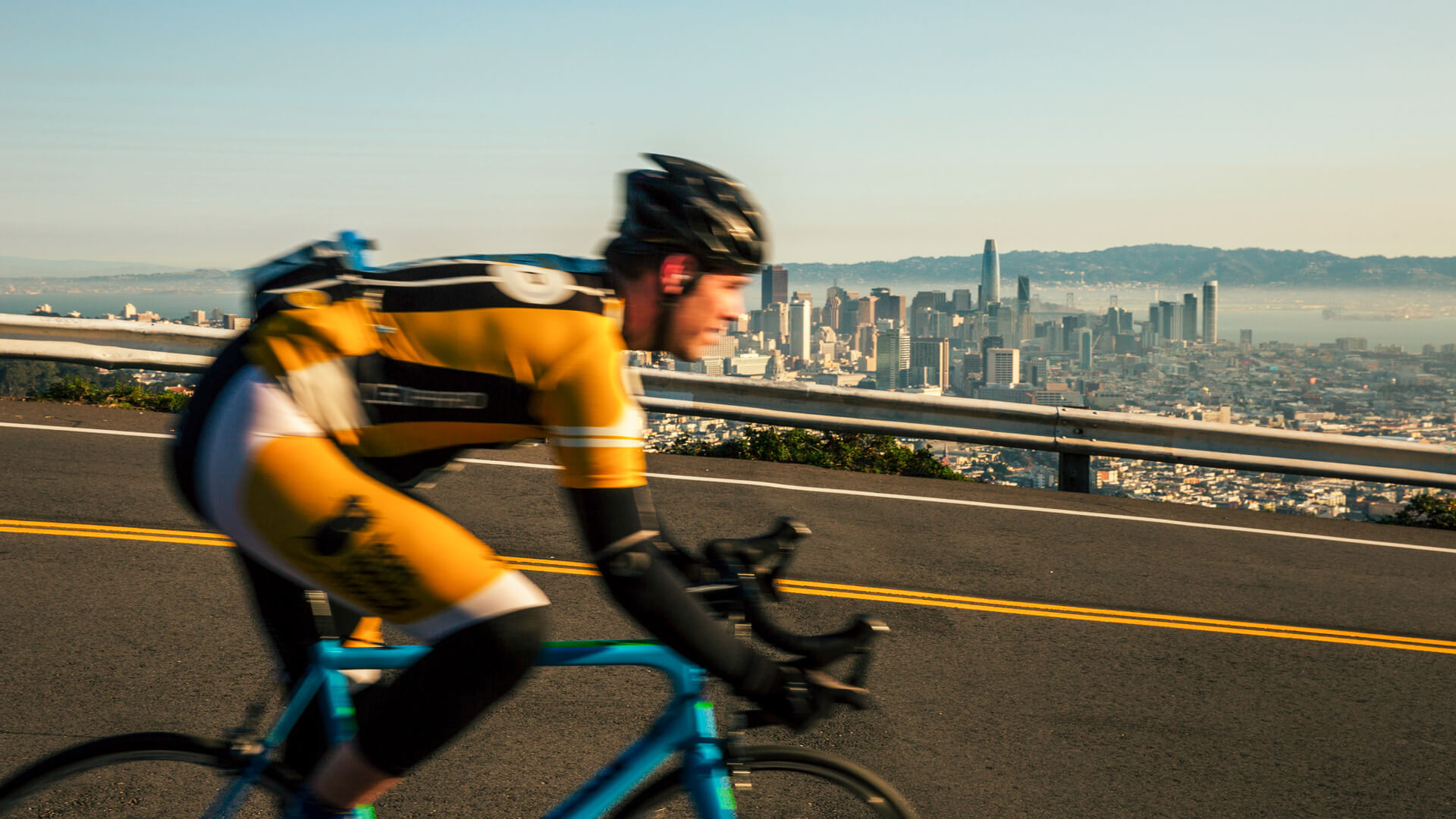 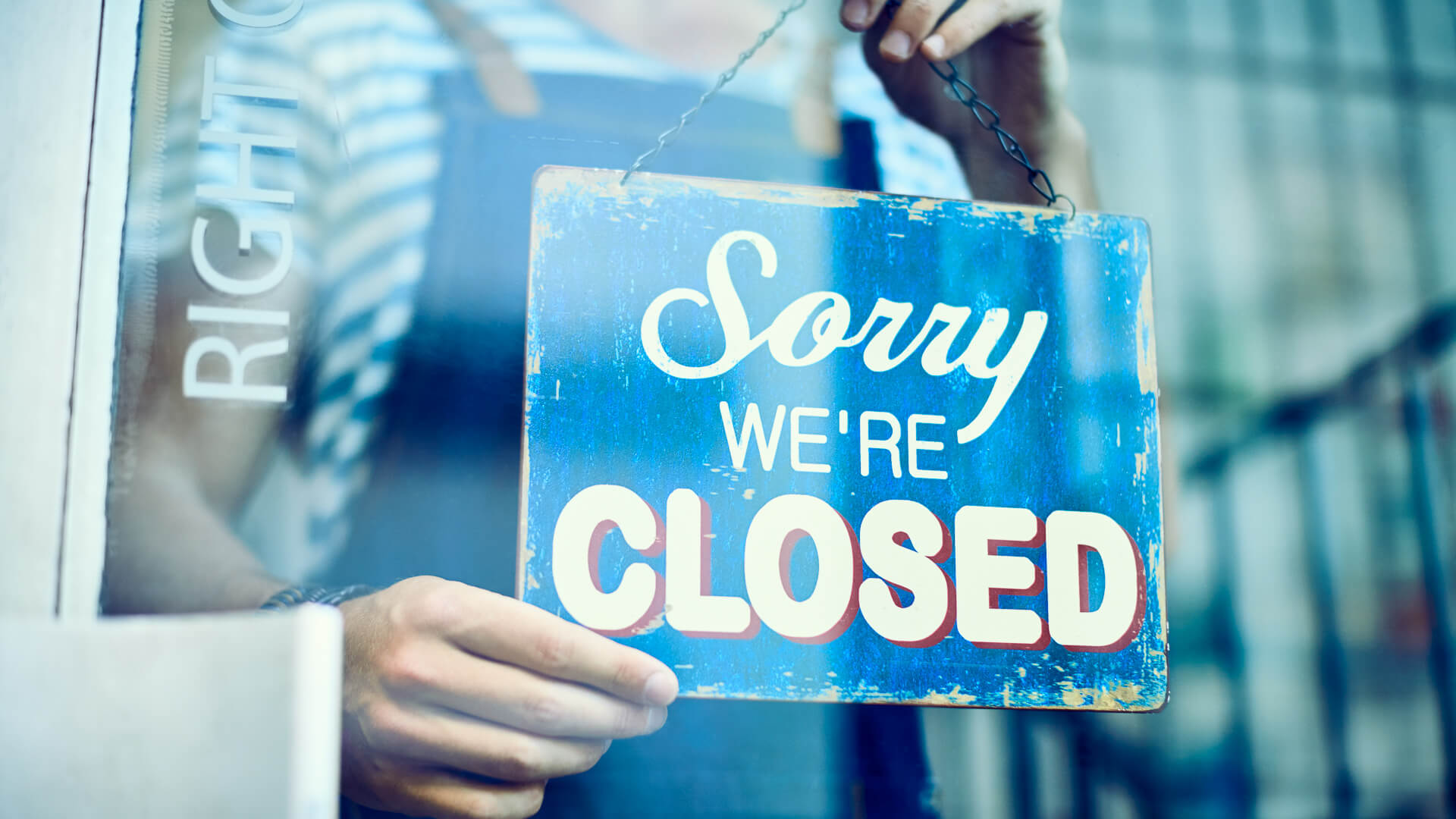 1. What Happened: Low-Rated Restaurants Were More Likely To Flee the City

A Harvard Business School research paper found that restaurants with low- and mid-level Yelp ratings were more likely to be affected by a change in the minimum wage.

“We find that the impact of the minimum wage depends on whether a restaurant was already close to the margin of exit,” the study stated. “Restaurants with lower ratings are closer to the margin of exit at all observed minimum-wage levels and are disproportionately driven out of business by increases to the minimum wage. Our point estimates suggest that a $1 increase in the minimum wage leads to a 14% increase in the likelihood of exit for a 3.5-star restaurant (which is the median rating on Yelp) but has no discernible impact for a 5-star restaurant (on a 1 to 5-star scale).” 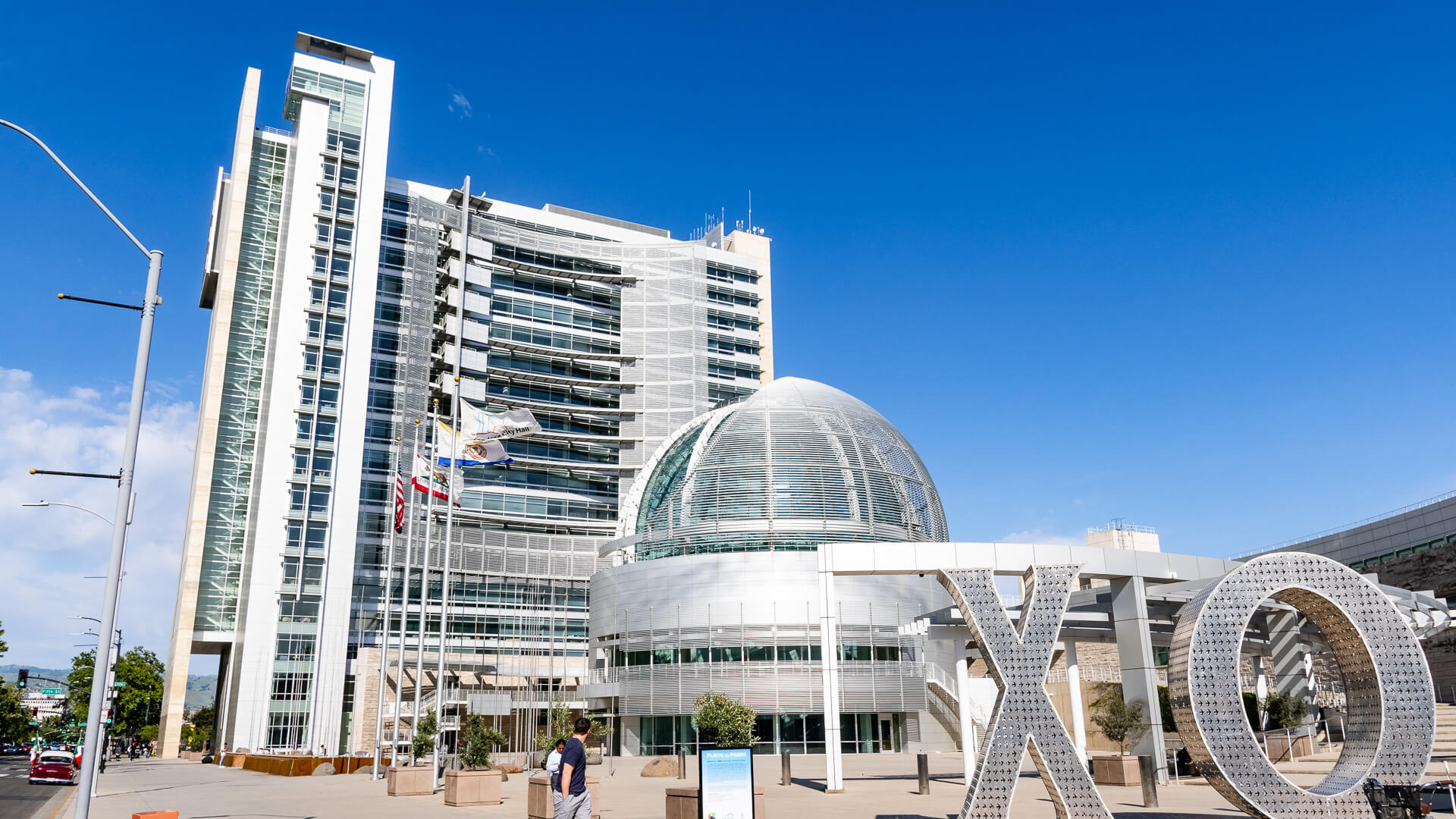 2. What Happened: Nearly One-Third of San Jose's Workforce Would See an Increase in Earnings

Because San Francisco’s minimum wage increase to $15 happened so recently, there is not much data available on the actual changes that have taken place as a result. However, a 2016 policy brief by UC Berkeley’s Center on Wage and Employment Dynamics examined what the effects of a $15 minimum wage in nearby San Jose by 2019 were projected to be. (Minimum wage increases applied to the San Francisco-Oakland-San Jose, California, metropolitan area.) The paper determined that an increase in the minimum wage would lead to an increase in earnings for 115,000 workers in San Jose — 31.1% of the city’s workforce. For those who would get a raise under the increase, their pay would go up by 17.8%. 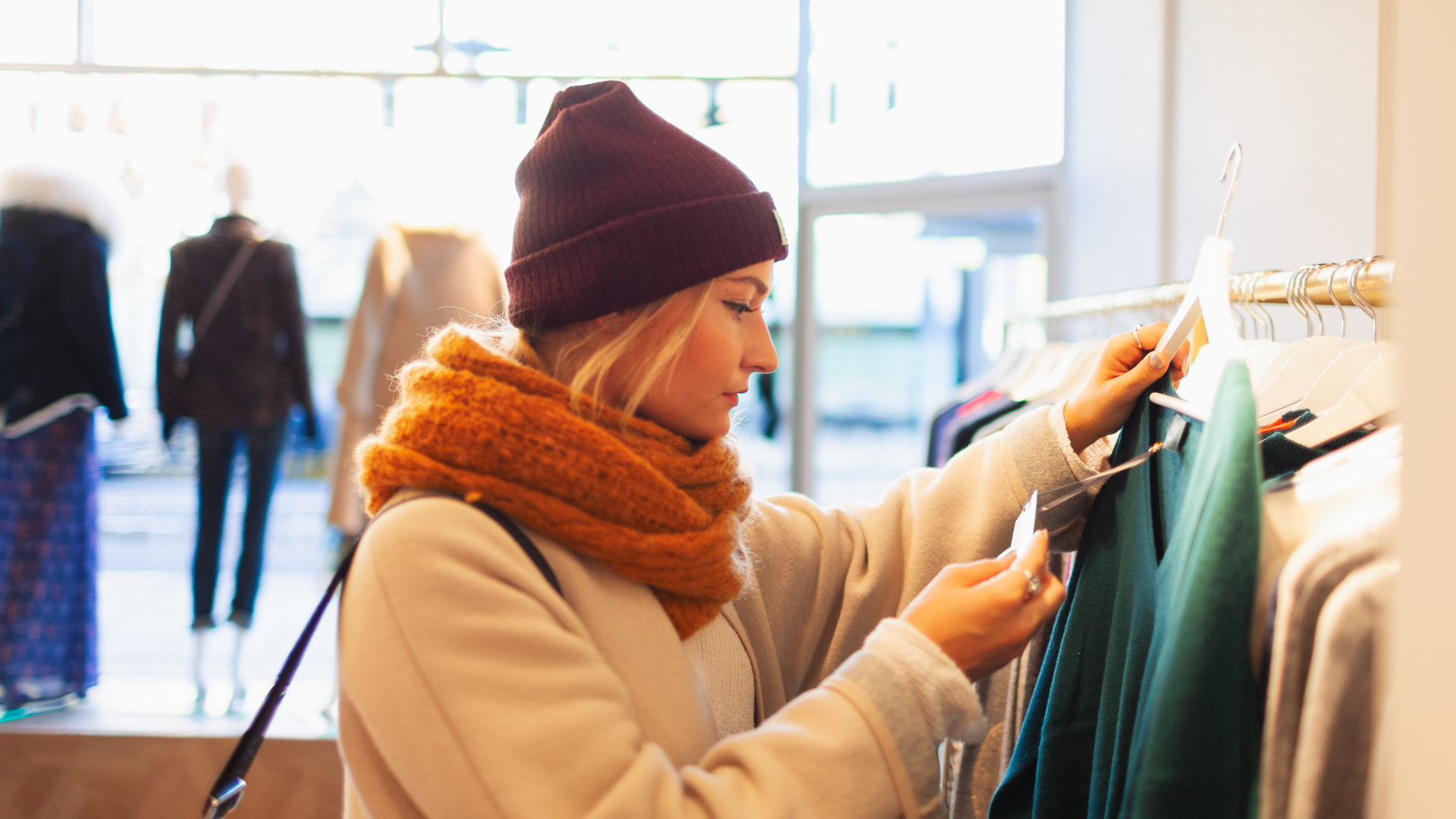 The policy brief projected that businesses would make up for the increase in payroll costs by increasing consumer prices by 0.3% by 2019. However, the paper noted that the increase in restaurant prices would be greater — an estimated 3.1%. 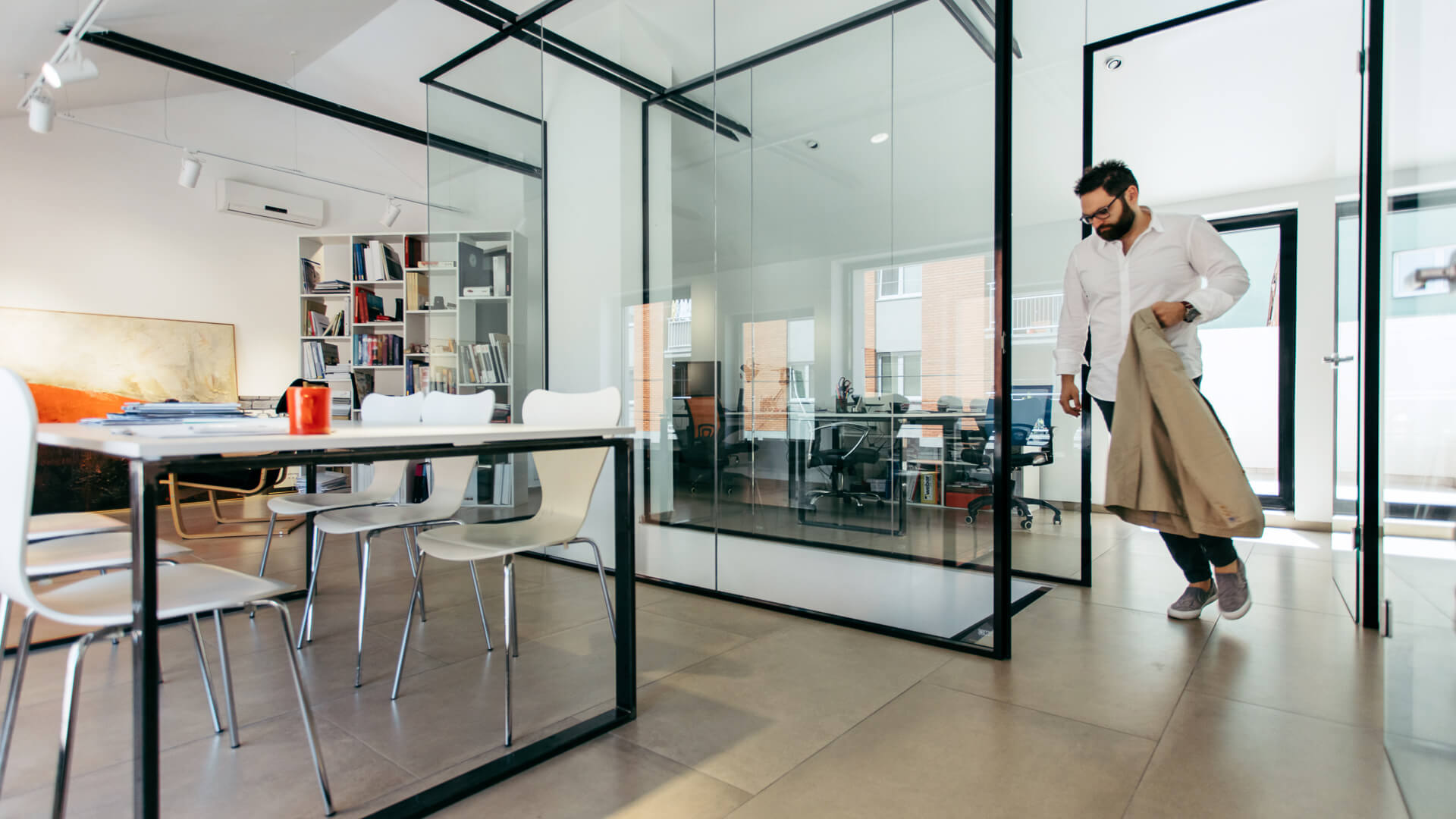 4. What Happened: Employment Growth Would Slow

The UC Berkeley Center on Wage and Employment Dynamics policy brief projected that employment growth would slow as the minimum wage grew. The paper estimated that there would be 960 fewer jobs in San Jose by the end of 2019. 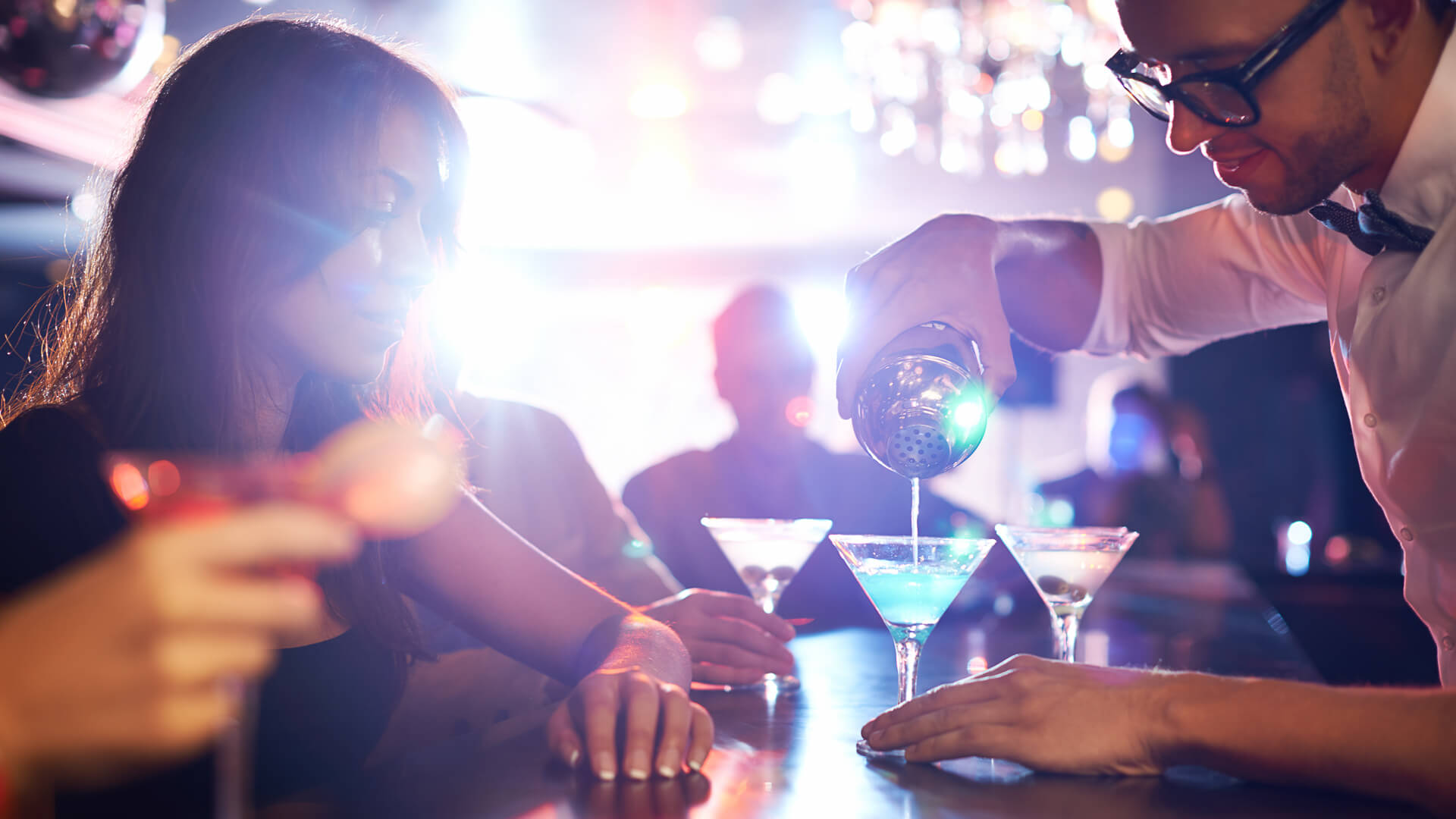 Should the U.S. Raise the Federal Minimum Wage to $15 an Hour?

The cities that have a $15 minimum wage — and the companies affected by it — haven’t had this minimum wage for long, so it’s hard to say definitively what the effects of raising the minimum wage across the country would be. Here’s a summary of what’s happened so far:

Based on these findings, it’s clear that there are pros and cons to raising the minimum wage to $15 an hour. Only the passage of time will let us see how a higher minimum wage will affect workers, employers and consumers in the long-term.