Mascots Are Back in Stands: Which Ones Make More Money Than You? 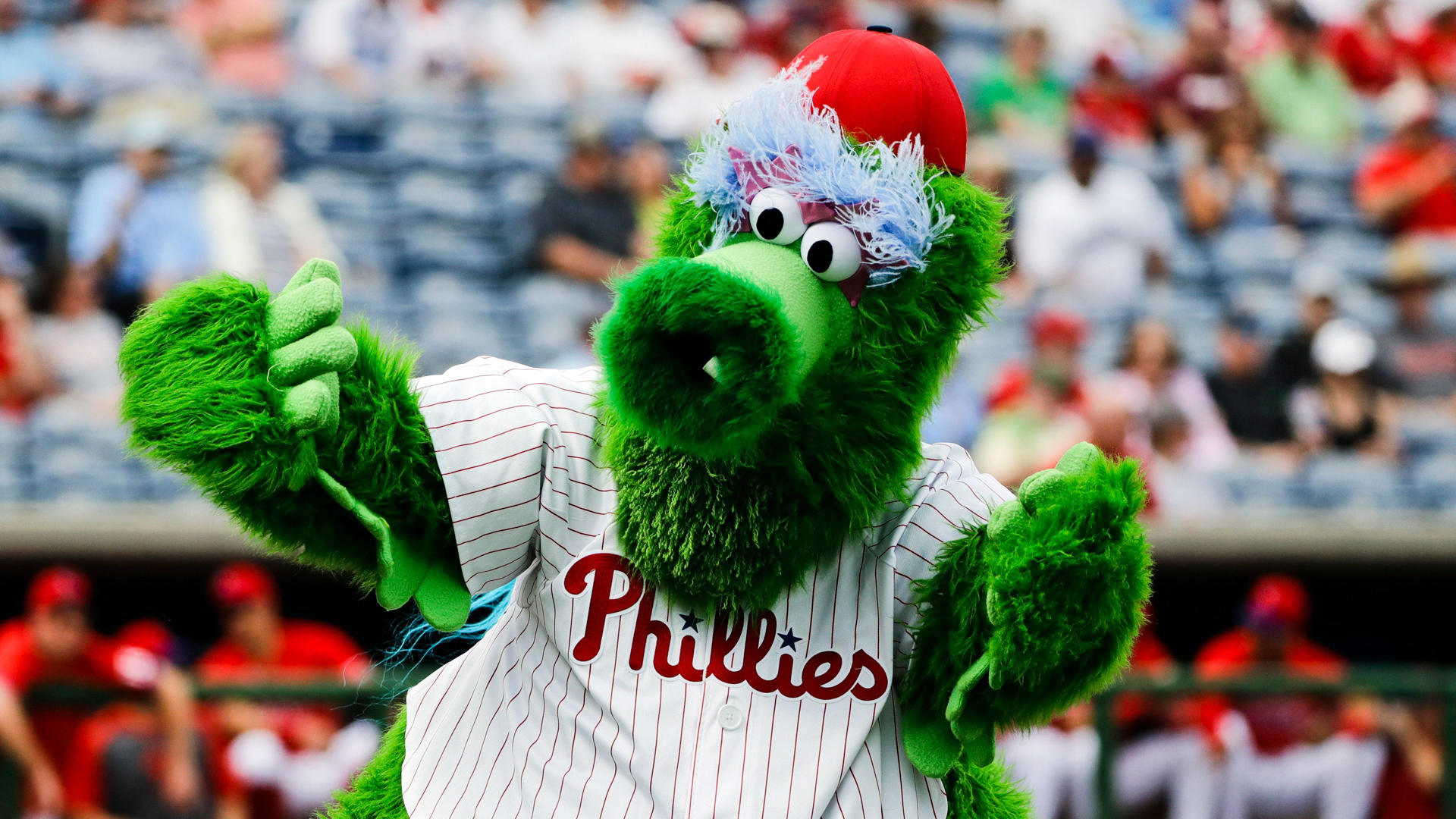 Although fans won’t be back in stadiums for the rest of this season’s Major League Baseball games, the mascots will be. The MLB reversed a ruling banning mascots from the park amid concerns about the spread of the coronavirus, the Associated Press reported. Mascots can now be in the stands, though they are not allowed on the field, which could possibly mean that mascot traditions like the Sausage Race in Milwaukee and the dashing Presidents in Washington won’t be able to take place. As for mascots from other leagues, including the NBA, their future remains more uncertain.

As the Phillie Phanatic, Mr. Met and other MLB mascots prepare to make enthusiastic returns to their stadiums, see how much bank these mascots make for their home team spirit — you’ll see that this odd job can pay pretty well. 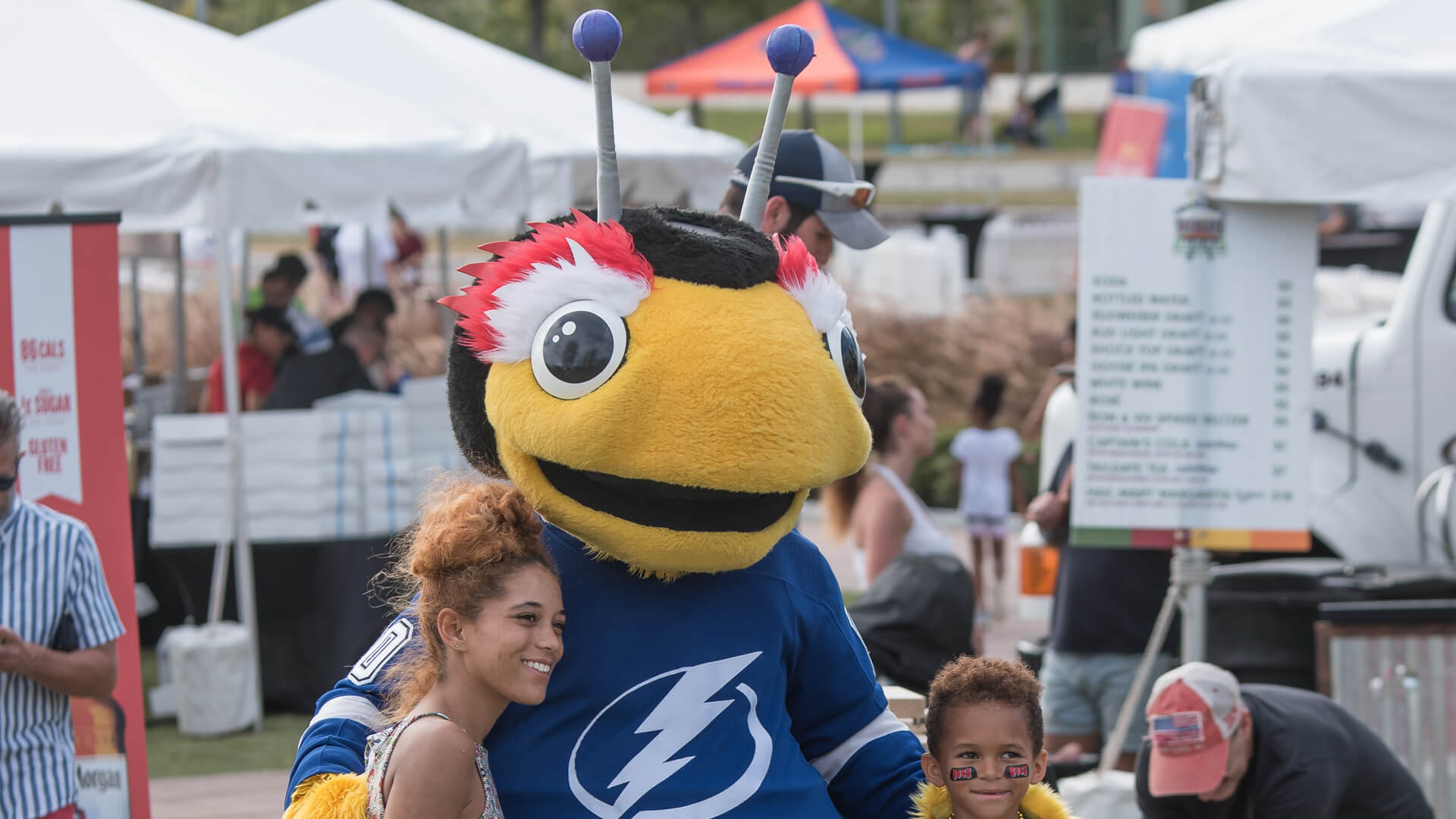 How Mascot Salaries Stack Up

If you’re a huge sports fan or just love to entertain, being a pro sports team mascot could be your dream gig — and it can actually pay well too. Mascots usually start out working in the minor leagues, where they earn a starting salary of about $25,000, but once you make it to the ranks of a mascot for an NFL, NBA, MLB or NHL franchise, the average salary shoots up to about $60,000, according to ESPN. An elite group of mascots even bring in as much as six figures as full-time, salaried employees, which they earn from appearing at every home game (typically 41 regular-season NBA or NHL games, or 81 regular-season MLB games — though there will only be 60 MLB games total this year) in addition to appearing at events. Others can make big bucks by working as contract employees, earning money from their performances at games as well as outside appearances. 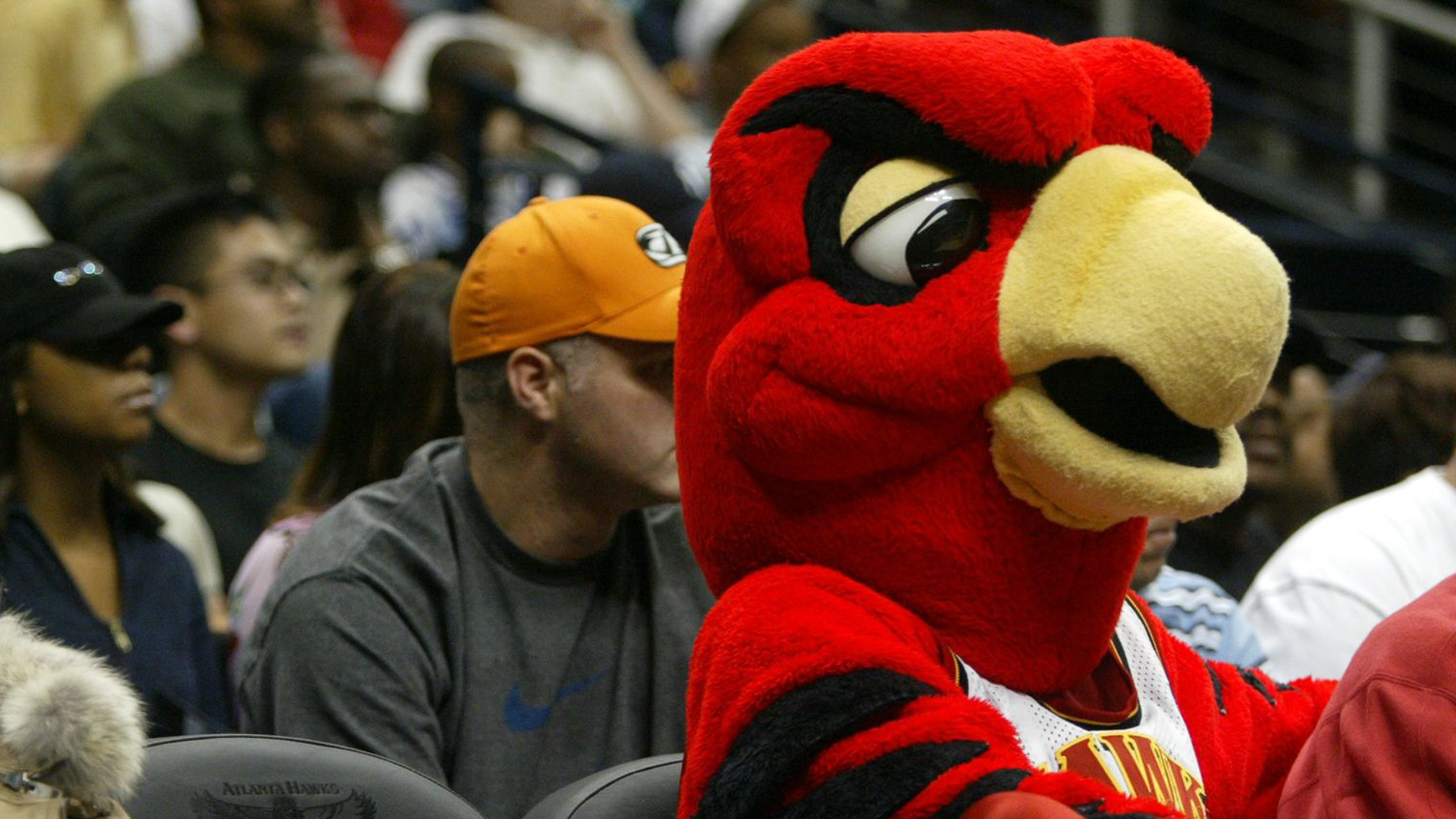 As the mascot for the NBA’s Atlanta Hawks, Harry the Hawk has a busy schedule. In addition to appearing at games, Harry makes 200 to 300 public appearances per year, according to SportsMascots.com. Fortunately, the person inside the costume gets paid well for these appearances, earning $250 for a 30-minute appearance, according to the official Hawks talent request form. Although Harry’s exact salary isn’t known, SportsMascots.com estimates that it’s in the six-figure range. 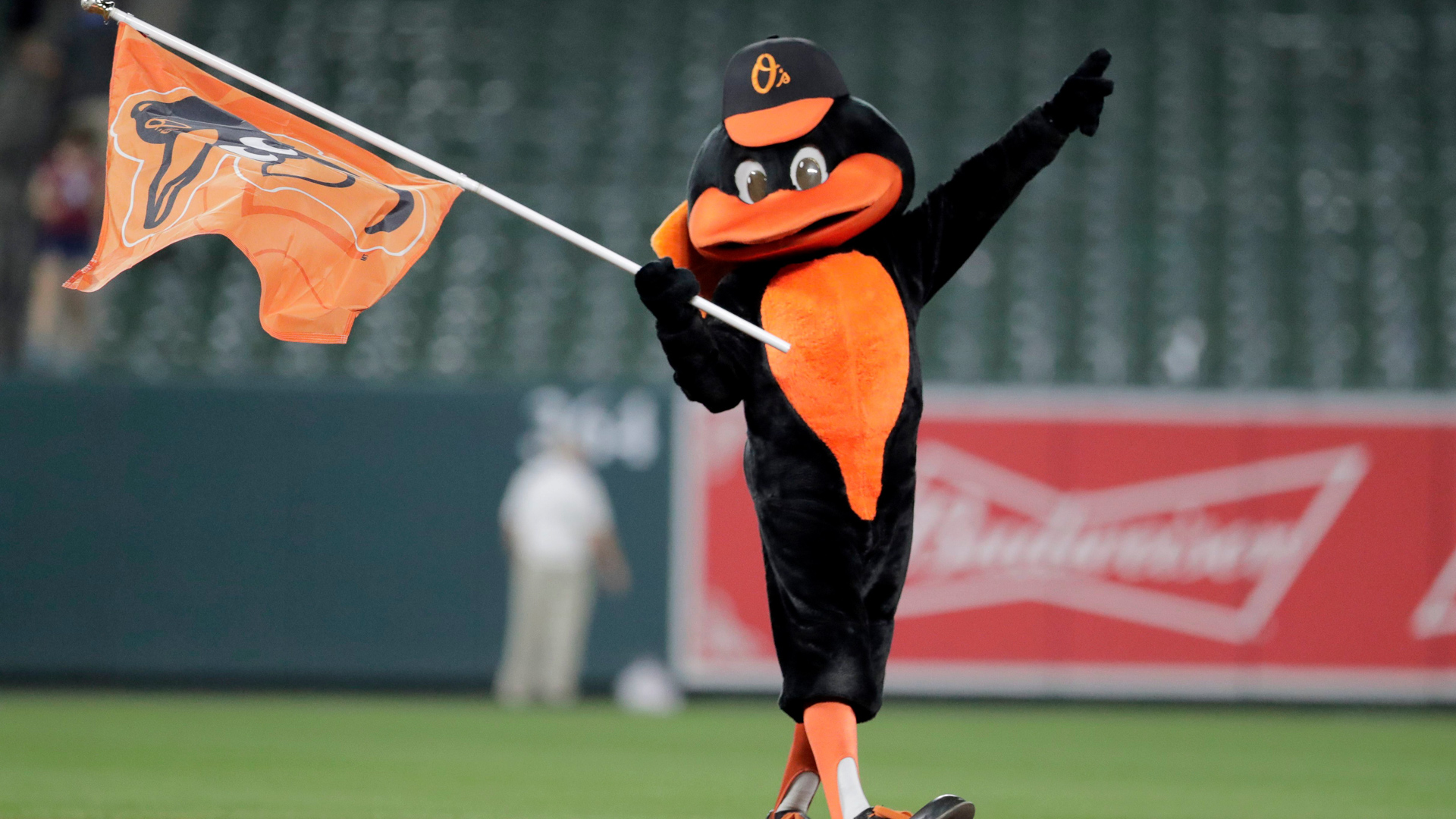 The Oriole Bird has been the MLB’s Baltimore Orioles mascot since 1979. In addition to entertaining fans during the games, the Oriole Bird makes appearances at all sorts of events year-round, from charity functions to family parties. The Bird’s rates vary based on the type of event — they start at $190 an hour for community and noncommercial organizations and go up to $350 an hour for appearances at commercial businesses or private functions, according to the team website. 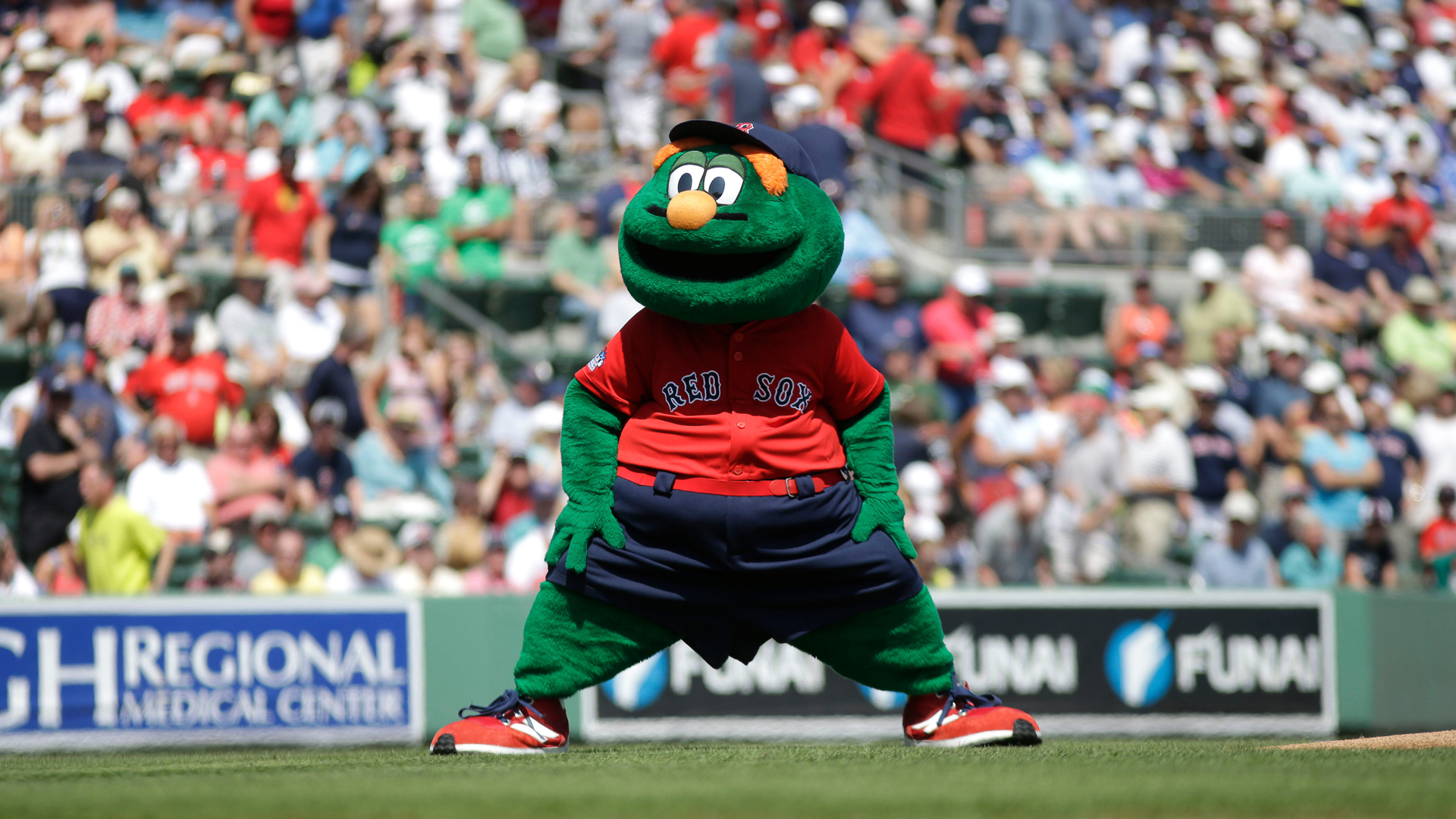 Wally the Green Monster stays busy as the MLB’s Boston Red Sox mascot. Wally makes more than 300 event appearances per year in addition to revving up the crowds at games, according to SportsMascots.com. The website estimates that Wally makes between $50,000 and $70,000 annually, based on the mascot’s popularity.

Find Out: How Esports Is Primed To Take Over Traditional Sports 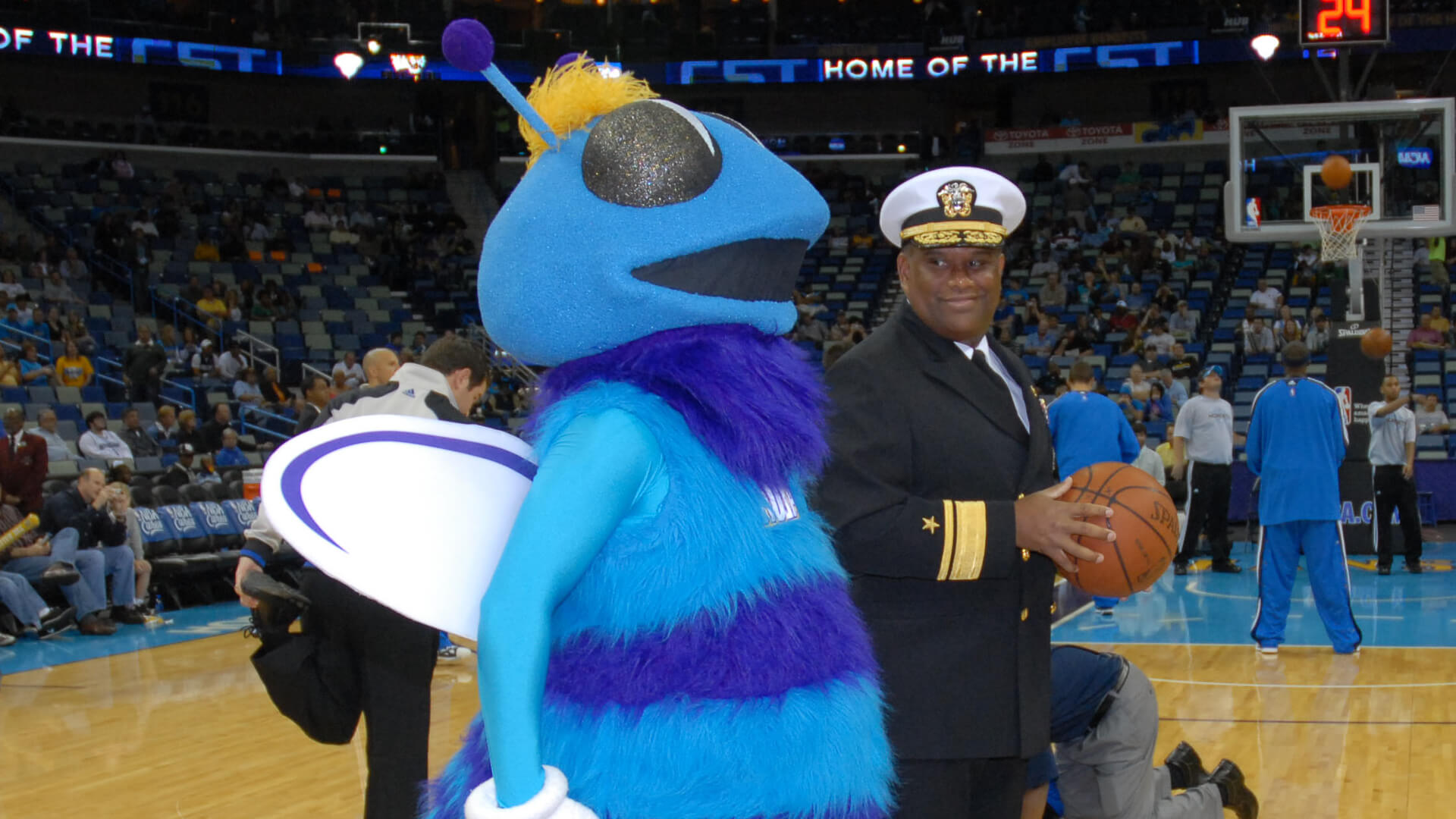 Hugo makes buzzworthy bucks for appearances outside of NBA games, with rates typically ranging from $250 to $1,500 per appearance, according to the Charlotte Hornets website. Depending on Hugo’s level of experience, the mascot could be making $100,000 or more per year, according to Parade estimates.

Pictured: Hugo the Hornet in New Orleans, which was the home of the franchise from the 2002-03 through the 2013-14 season. The Hornets moved back to Charlotte, their original home, in 2014. 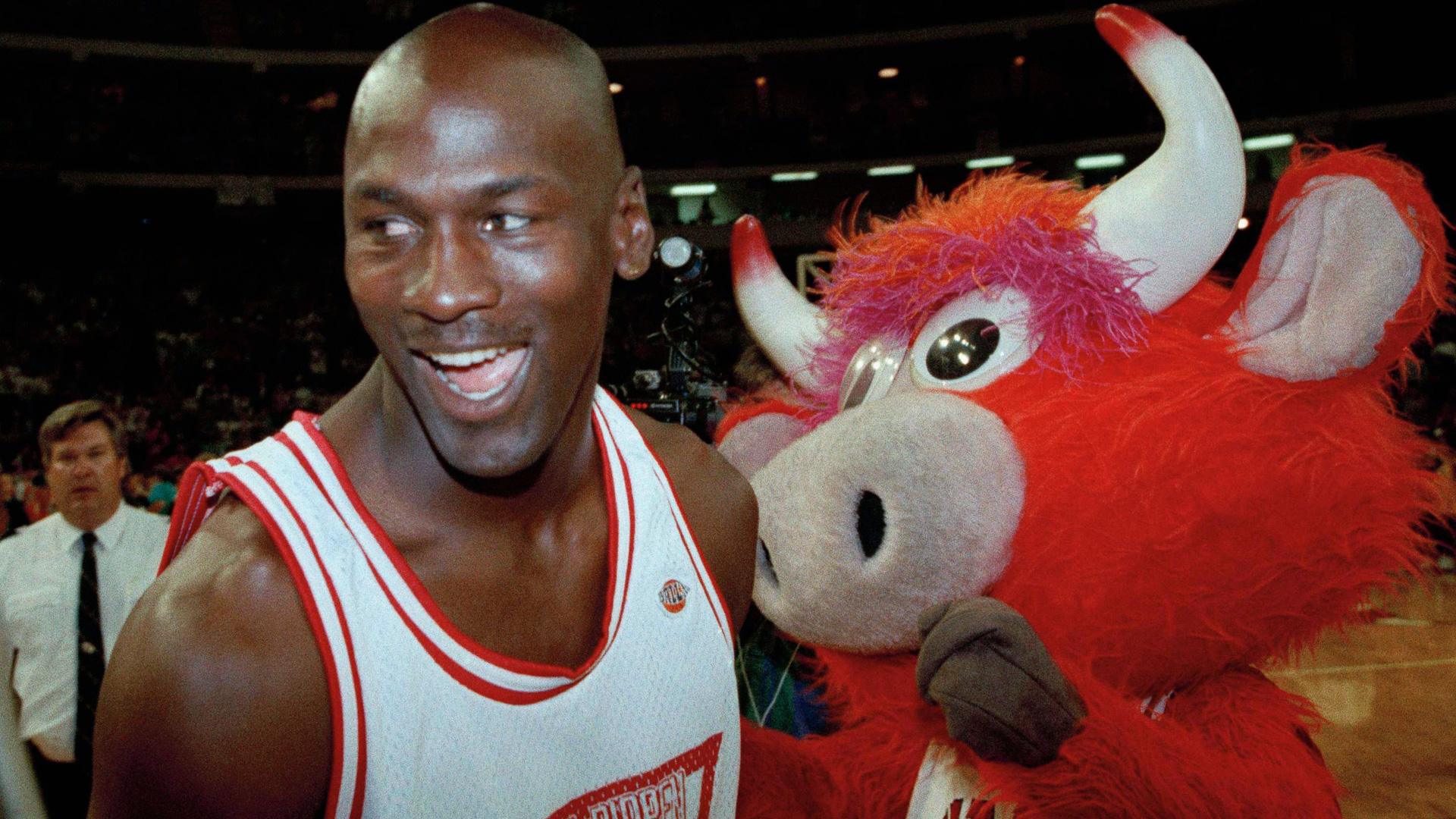 The Chicago Bulls’ mascot’s annual salary hasn’t been made public, but SportsMascots.com estimates that Benny the Bull earns $200,000 or more. Benny debuted in 1969 and was the first NBA mascot, according to the website. 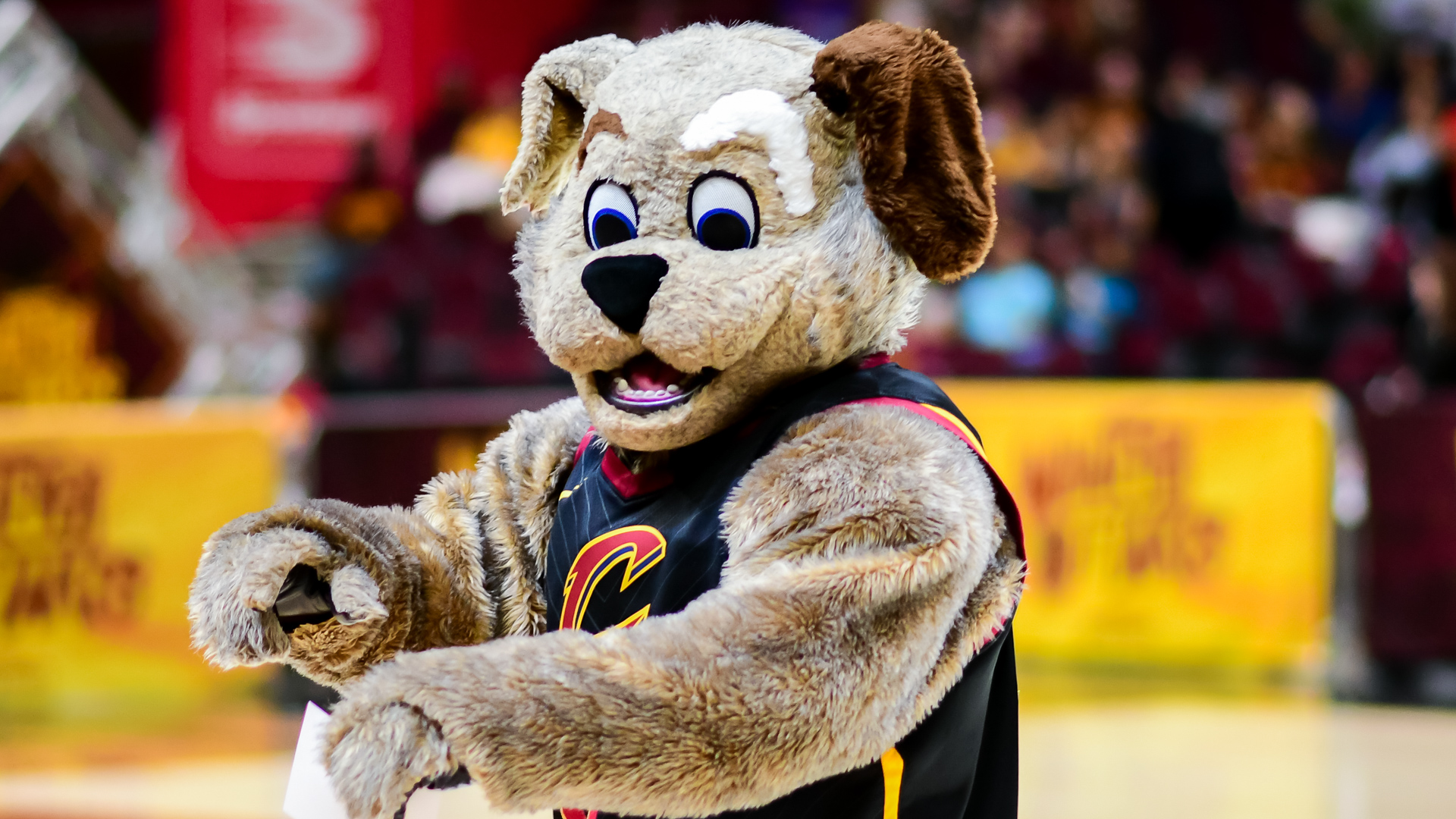 NBA mascots have high earning potential: Former Phillie Phanatic Dave Raymond told Parade that experienced NBA mascots can make $100,000 or more a year. Although Moondog’s salary hasn’t been made public, it is known that appearance fees start at $300 per hour, according to the Cavaliers website. 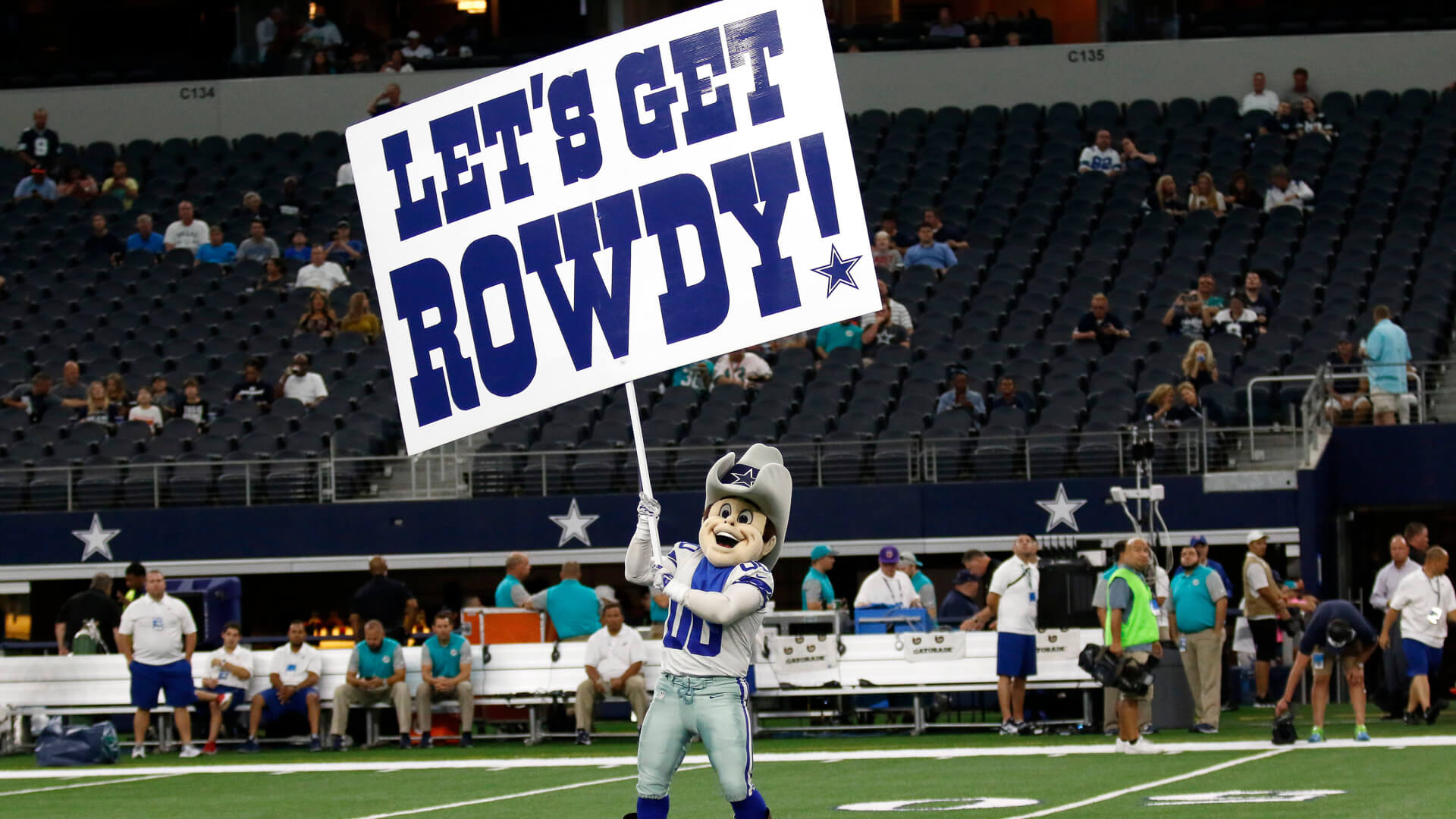 At $65,000 a year, Rowdy makes slightly more than the average NFL mascot, who brings in $60,000 a year, and more than the average American. Rowdy’s salary was revealed in a lawsuit brought against the team by one of the Dallas Cowboys cheerleaders, who said that she was paid less than half what the male mascot made, which her lawsuit contended violated the Fair Labor Standards Act and the Equal Pay Act, The Dallas Morning News reported.

Check Out: Today’s Richest Athletes in the World 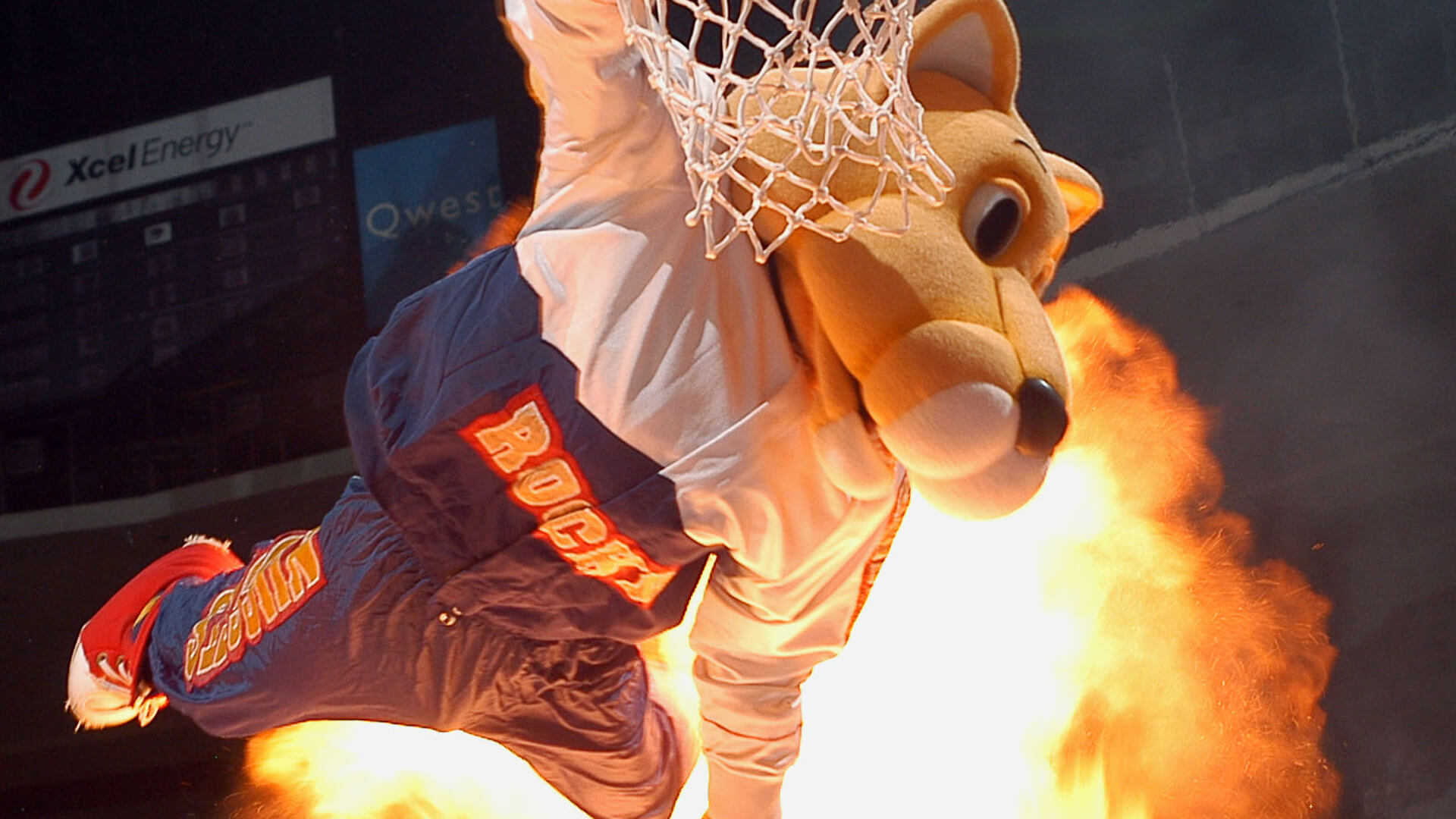 The highest-paid mascot in the professional sports industry is the NBA’s Rocky, according to Sapling. The Denver Nuggets mascot makes over 10 times the average salary for a professional sports team mascot with a salary of $625,000. Rocky was inducted into the Mascot Hall of Fame in Whiting, Indiana, in 2006. 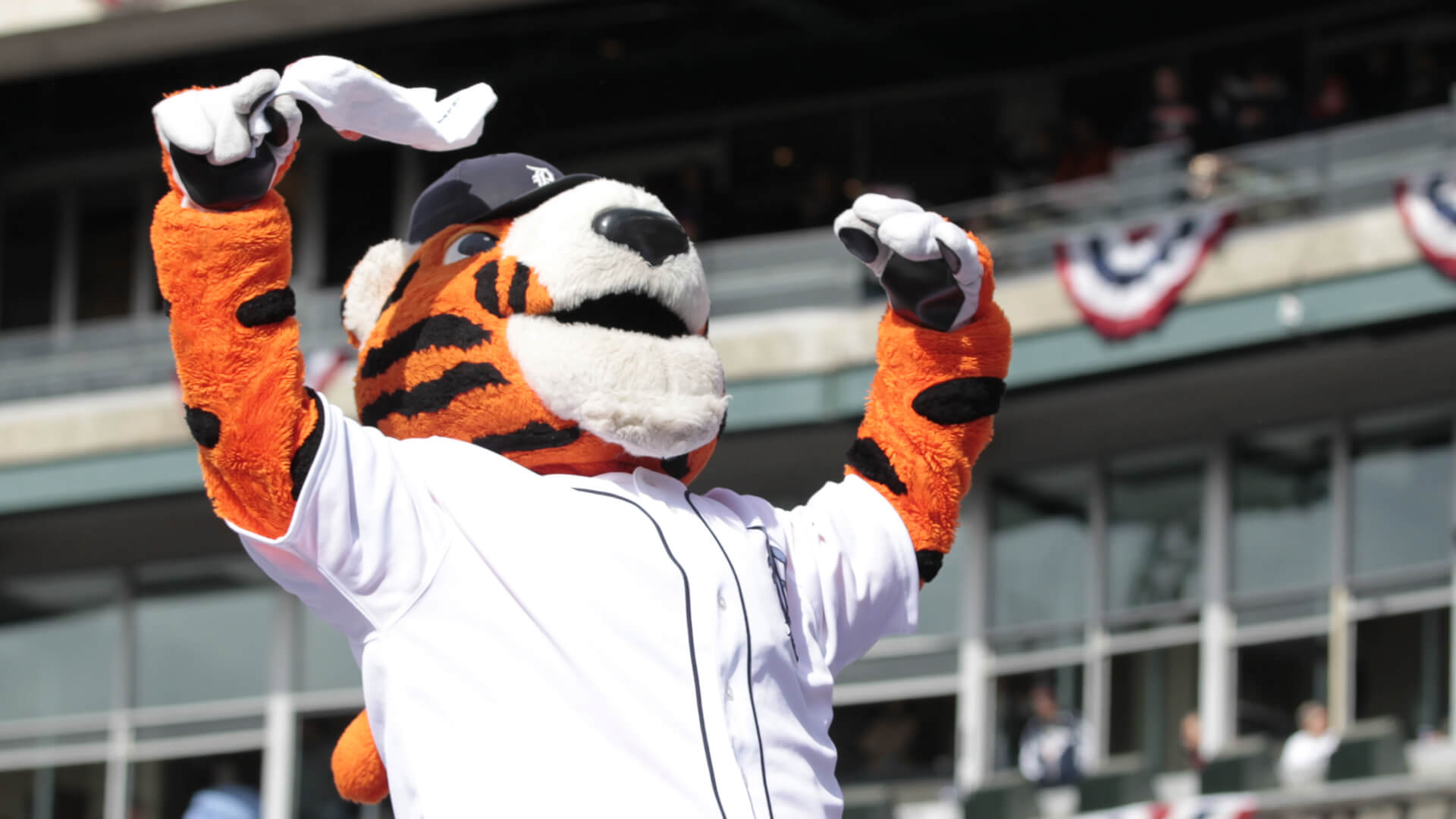 Being the MLB Detroit Tigers’ mascot is a year-round commitment, as fans can hire PAWS to appear at events that include office holiday parties, birthday parties and community events. Appearances start at $160 per hour, and the actual fee is determined by the length of the appearance, the type of event and how far the event is from Comerica Park, according to the official Tigers site. There’s an additional travel fee of 59 cents per mile for travel over 60 miles round trip from the stadium. For parades, corporate events and trade shows, the appearance fee is $200 per hour. 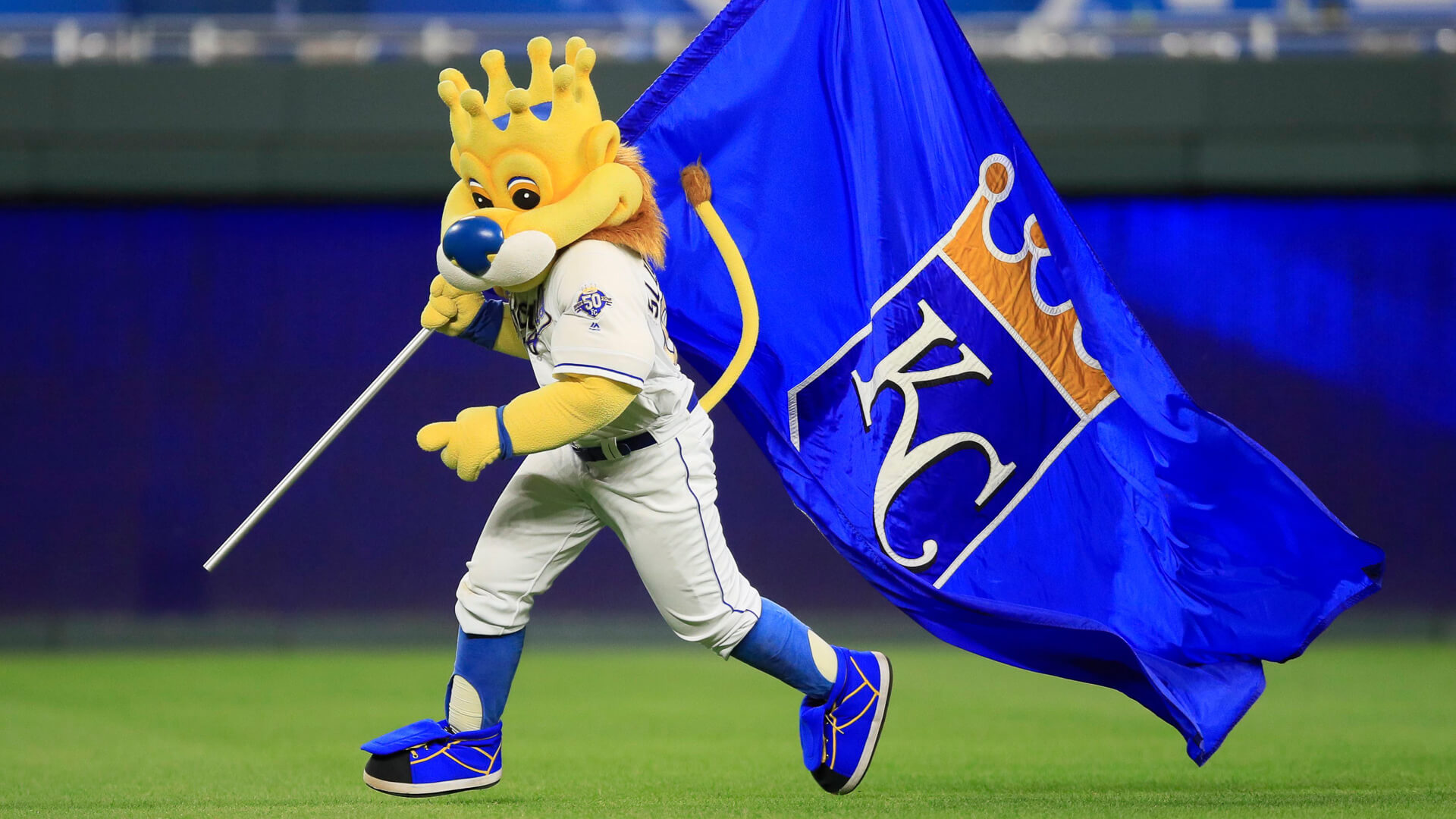 MLB mascot Sluggerrr is used to the royal treatment when it comes to appearance fees. Half-hour appearances start at $150 for school visits, charities and official Royals sponsors, and go up to $200 for corporate events, according to the Royals website. Sluggerrr’s full-time salary isn’t public. 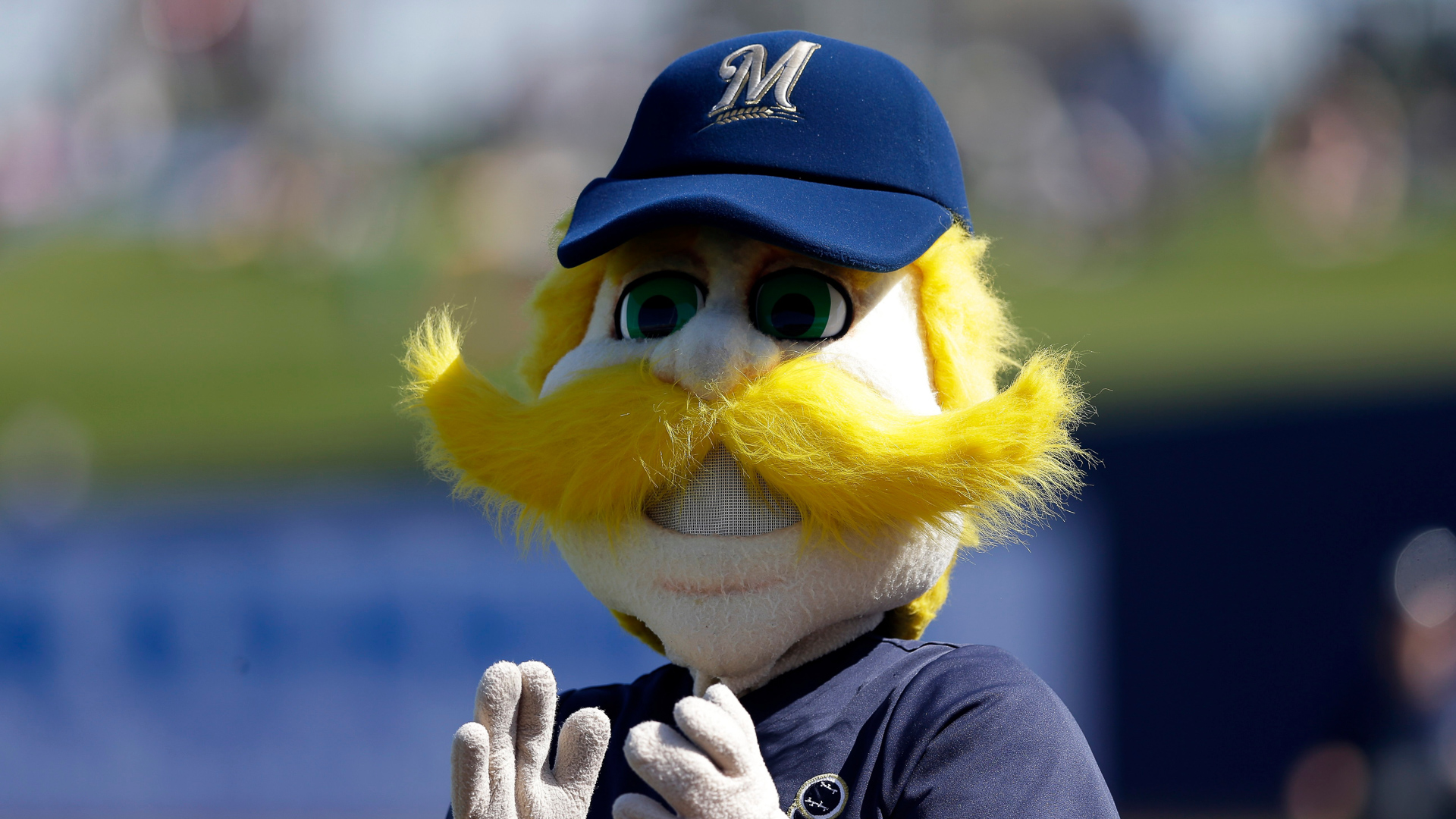 MLB mascot Bernie Brewer will appear at your corporate party or other private event for $275, or $175 for a nonprofit event. The maximum time Bernie will stick around is one hour, according to the Brewers official website. This mascot won’t travel more than an hour away from Miller Park and requires a free parking spot and a changing area with 10-foot-high ceilings.

Discover: What a Canceled Season Costs for Each of the Major Sports Leagues 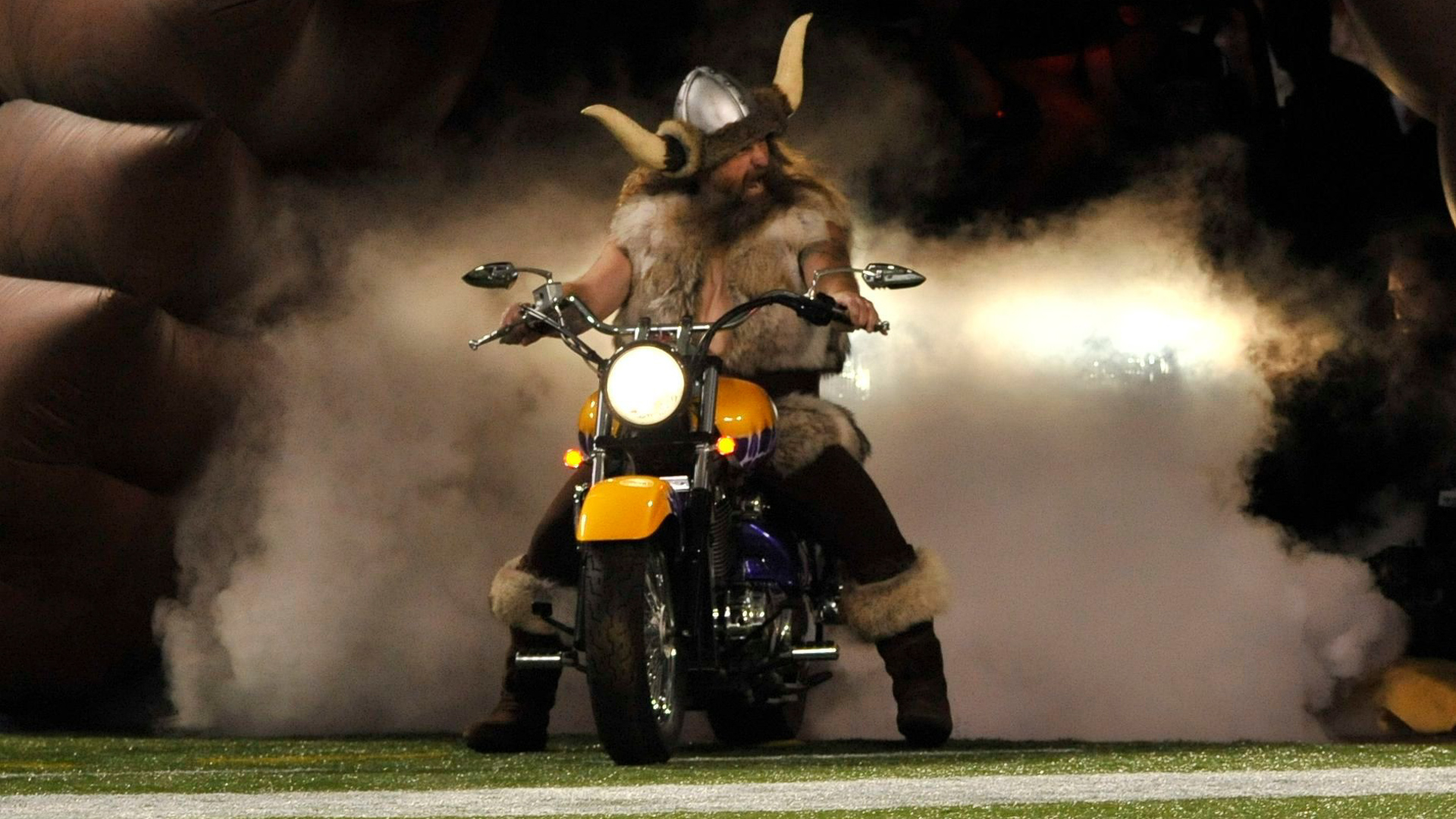 The NFL’s Minnesota Vikings had the same man portray the bearded Viking character at games for more than two decades — Joe Juranitch, who was making $1,500 per game as an independent contractor as of 2015, ESPN reported. However, Juranitch then asked for a big pay bump — to $200,000 per game — and the team wasn’t willing to pay this high price. Even at $1,500 per game, with the average NFL game length at around three hours, that amounts to $500 per hour. 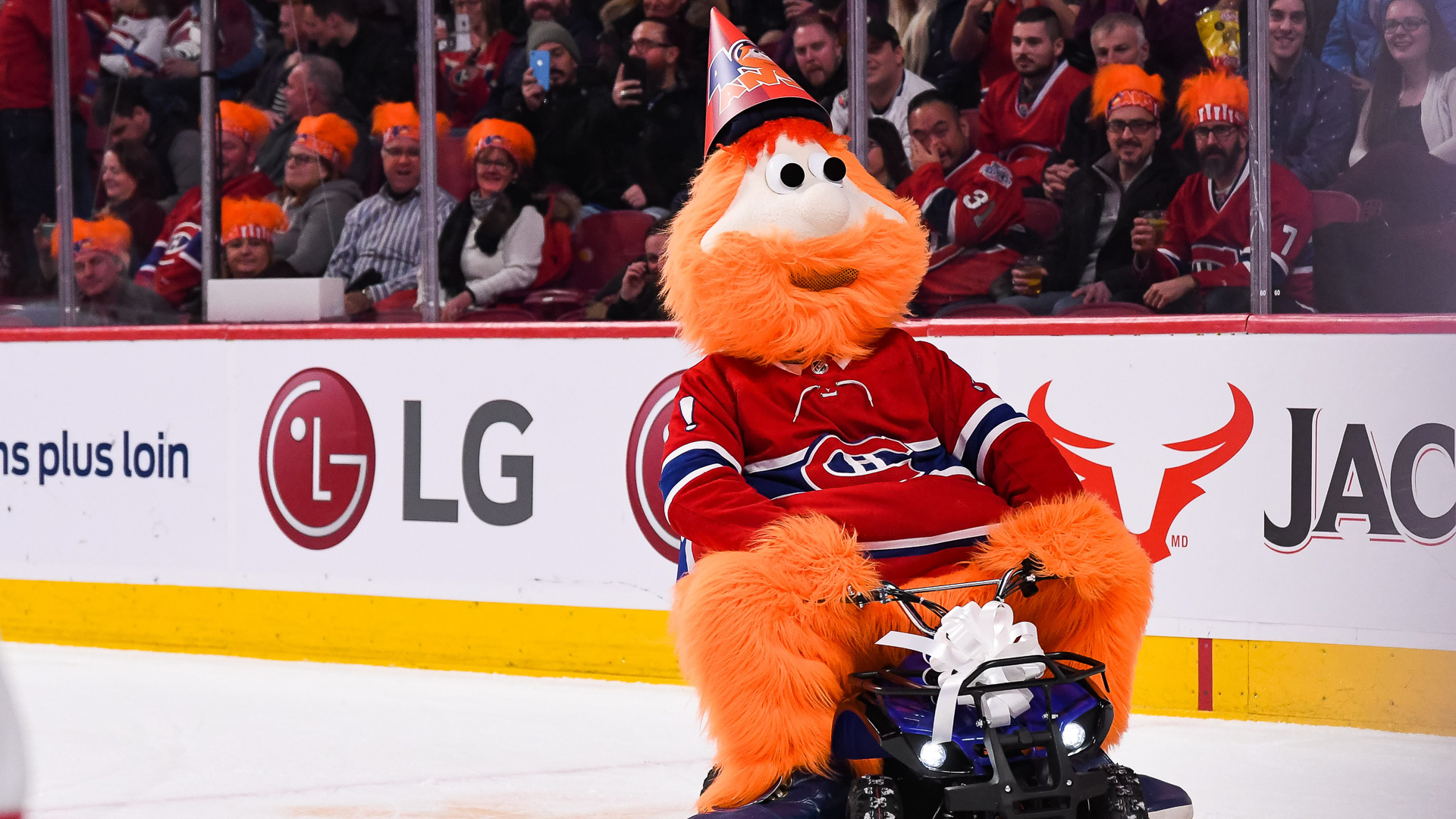 Youppi! made professional sports history when he switched from Major League Baseball to the National Hockey League in 2005, making him the first mascot to change leagues. The ambiguous orange-furred creature has been the Montreal Canadiens mascot since. Youppi!’s rates range from $300 to $1,000 per appearance outside of hockey games, depending on the type of visit and whether it is a private or public event.

As for Youppi!’s overall salary, it hasn’t been reported. 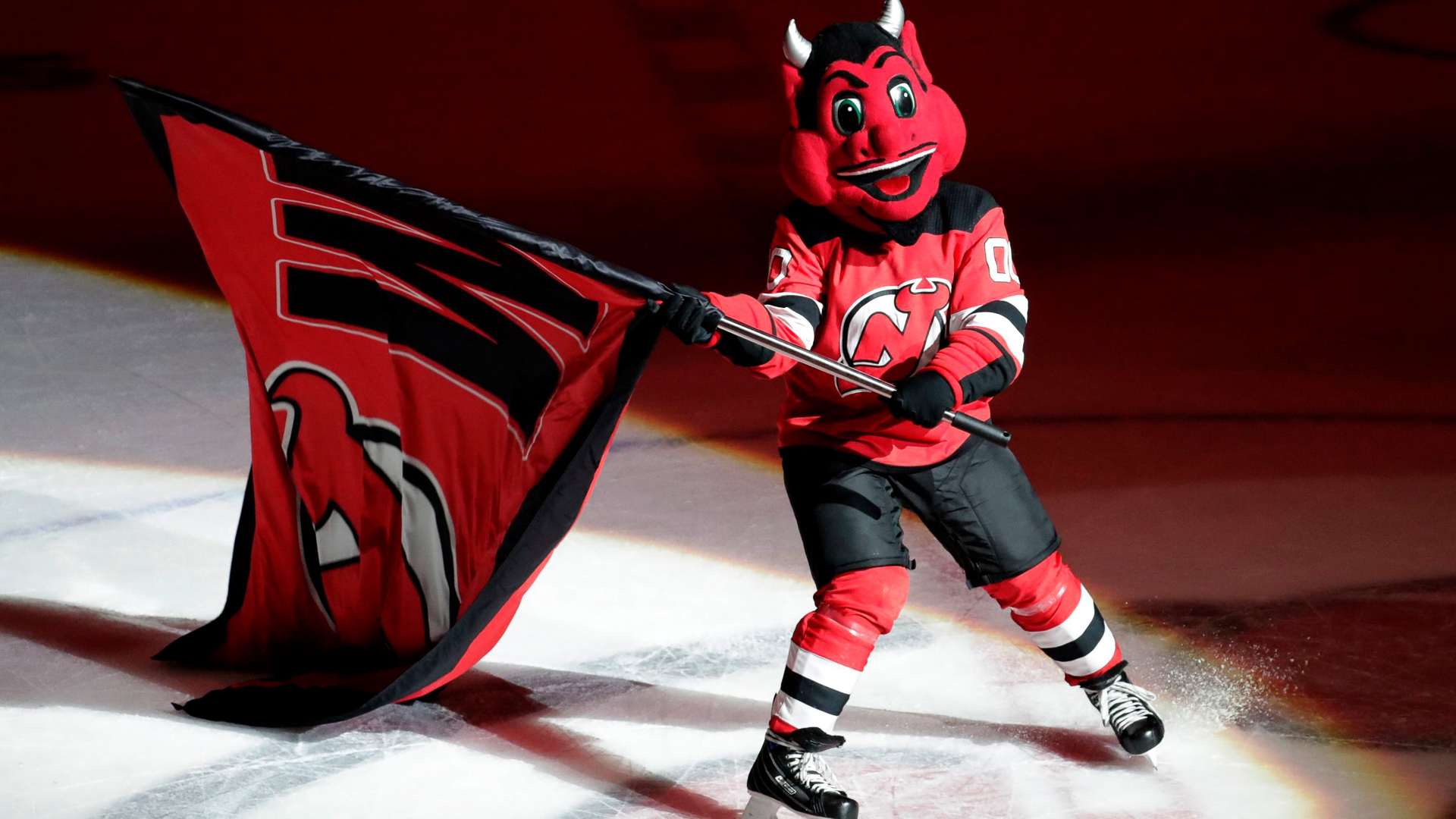 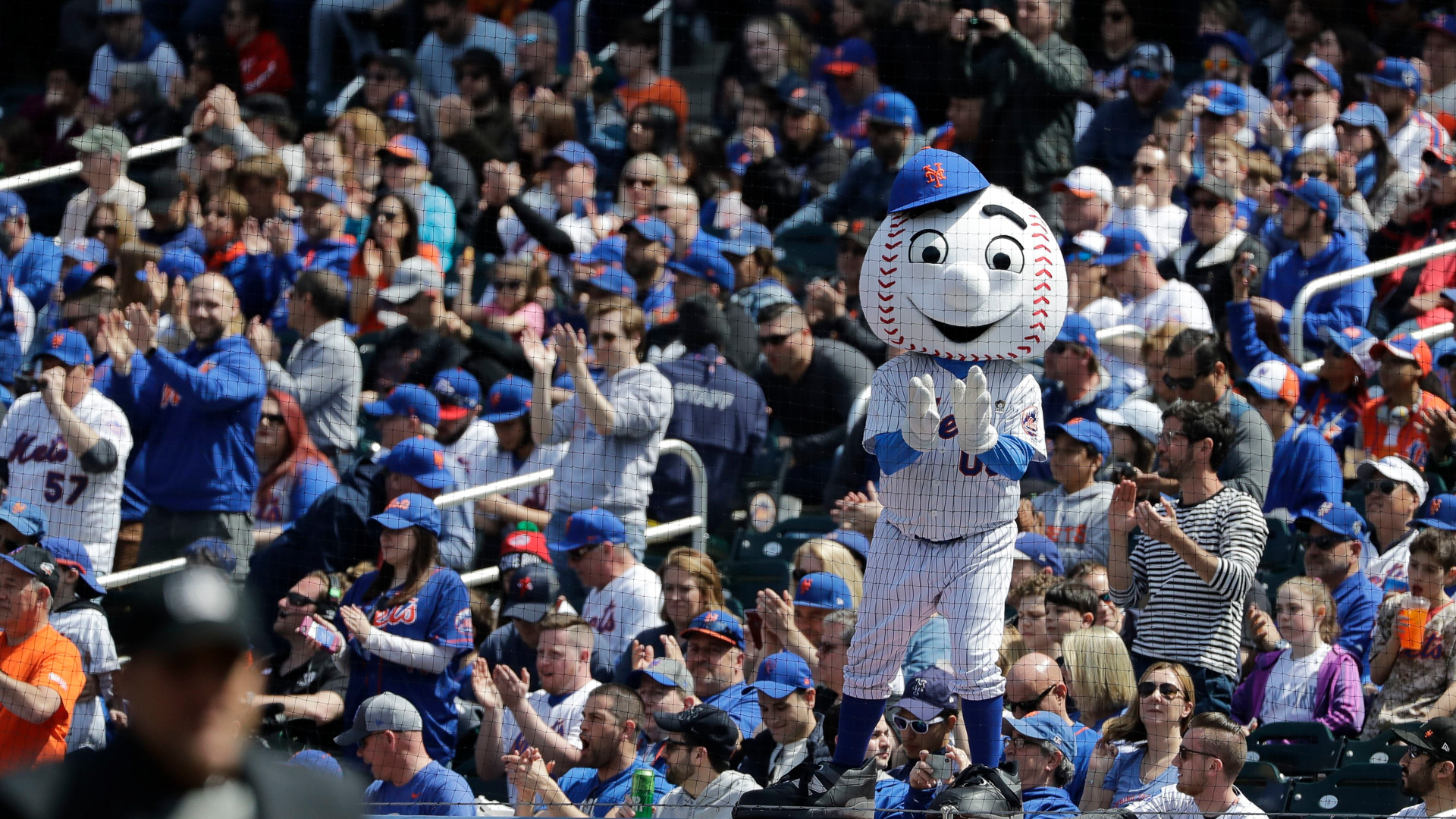 Outside of his game-day obligations, the MLB’s New York Mets mascot Mr. Met makes appearances at private events, including bar mitzvahs and weddings, for $600 per hour, ESPN reported. And as one of the most popular mascots in all of sports — Mr. Met ranked No. 5 on Bleacher Report’s pro sports mascot power rankings and No. 1 on Deadspin’s ranking of pro sports mascots — Mr. Met probably makes a pretty good overall salary, too.

Read More: The Amount of Money Lost — and Saved — by Sportsbooks Being Out of Action 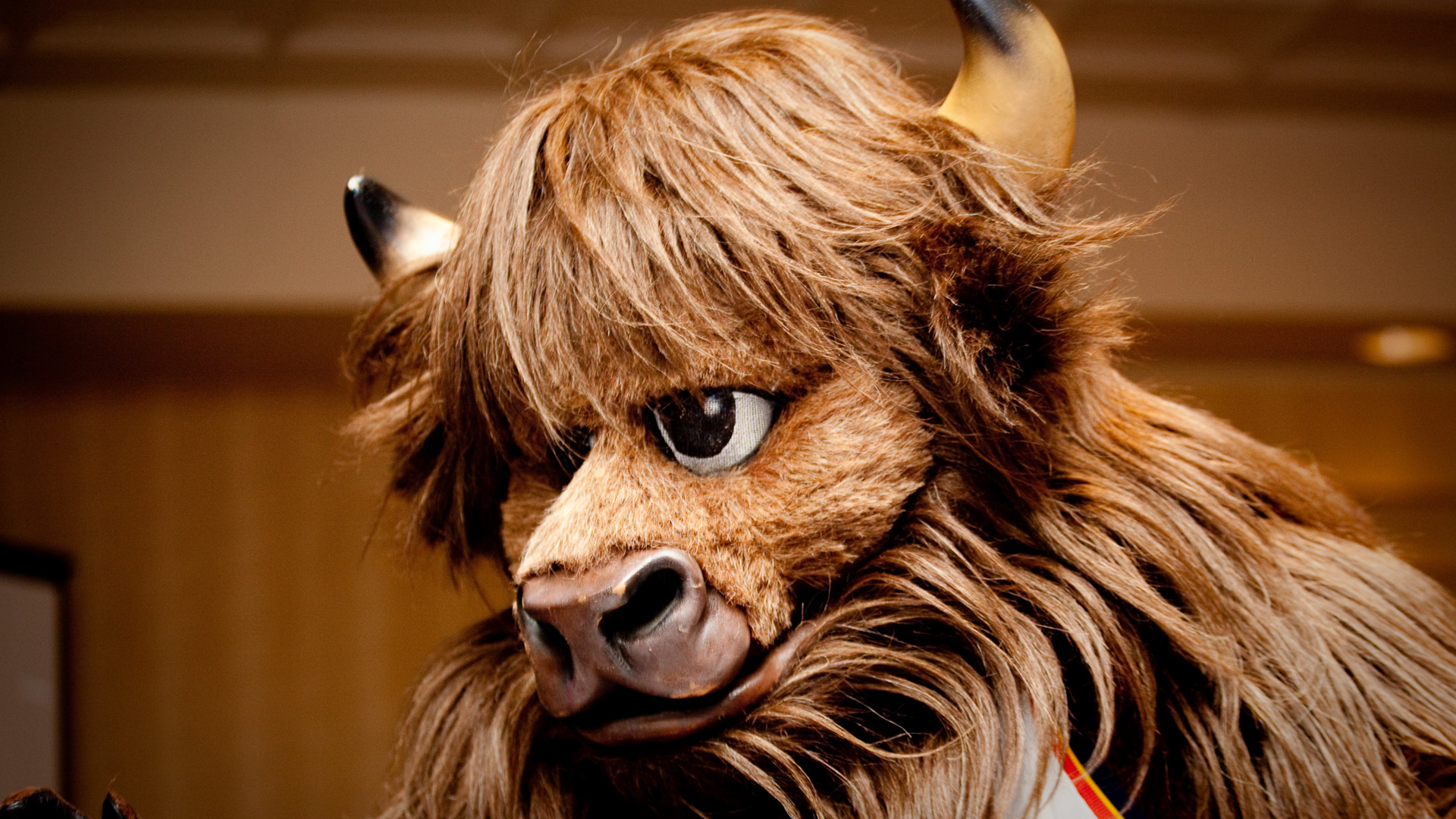 Rumble the Bison is one of the most popular NBA mascots, and the pay reflects that. SportsMascots.com estimates that Rumble’s salary is between $80,000 and $100,000. This mascot makes big money from appearances, with a one-hour appearance costing $650, according to the Thunder website. Rumble is also available for 30-minute visits and 30- to 45-minute rallies for $400. 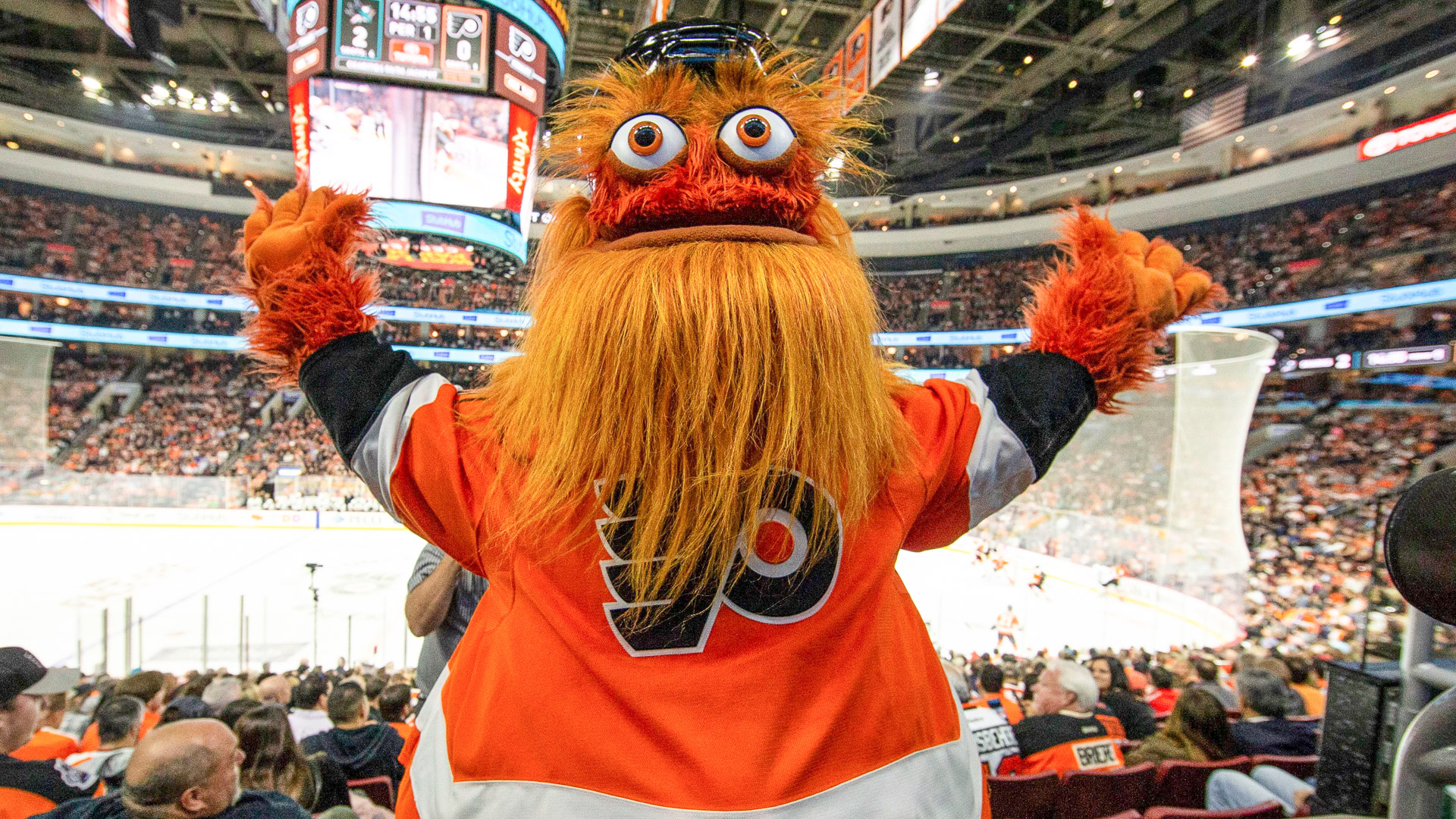 Gritty became a media sensation as soon as he debuted as the NHL Philadelphia Flyers’ mascot in 2018. Media coverage of Gritty reached 70 million people during his first 30 days on the scene, and he garnered 5 billion impressions online, AdWeek reported. With his enormous popularity, it’s no wonder Gritty charges a pretty penny to make private appearances. A spokesperson for Gritty told the Philly Voice that appearance rates start at around $3,000. 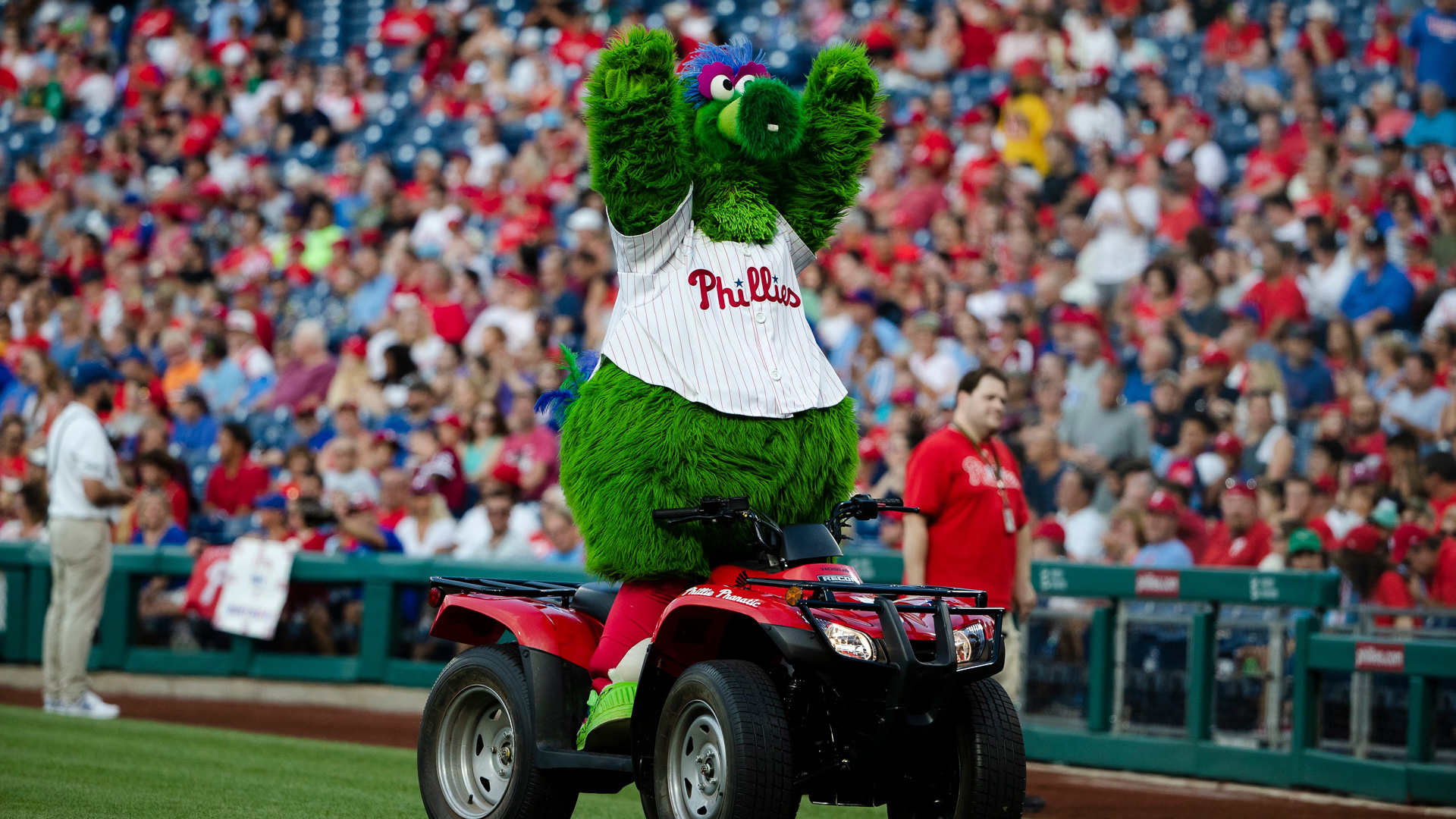 Although an exact figure hasn’t been reported, the Phillie Phanatic is one of the highest-paid mascots and earns a six-figure salary, according to the International Business Times. This mascot can command big bucks because the Phillie Phanatic is one of the most well-known mascots out there, which means he’s worth more in terms of merchandising and advertising. Although this mascot’s overall pay isn’t known, he earns $600 per hour for appearances outside of games, ESPN reported. 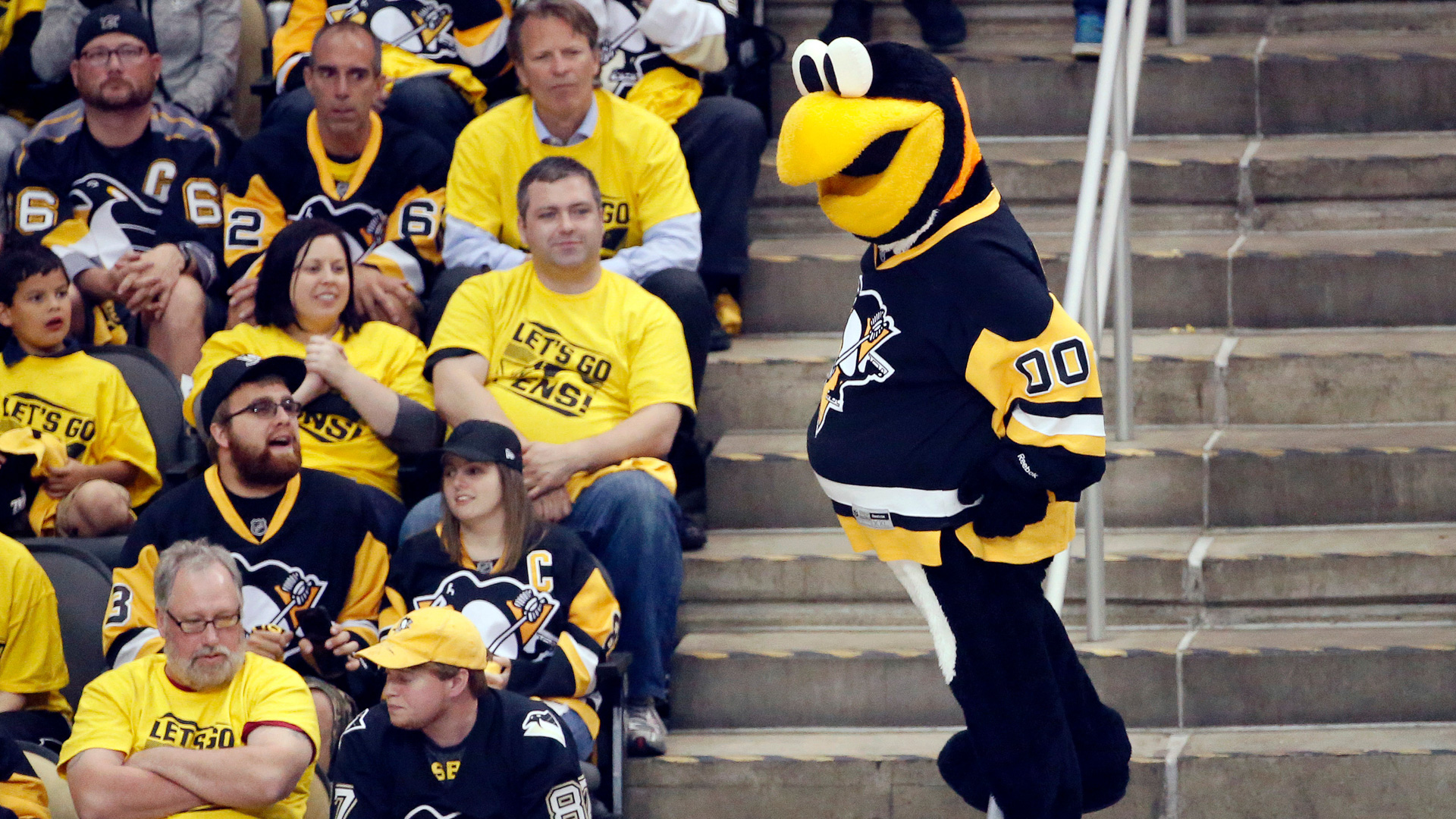 Since appearing on the ice in 1992, Iceburgh has become one of the NHL’s most beloved mascots. When he’s not busy appearing at Penguins home games, Iceburgh still brings in cold, hard cash — he charges $250 per hour for appearances, plus travel fees for events that are more than 10 miles from PPG Paints Arena. 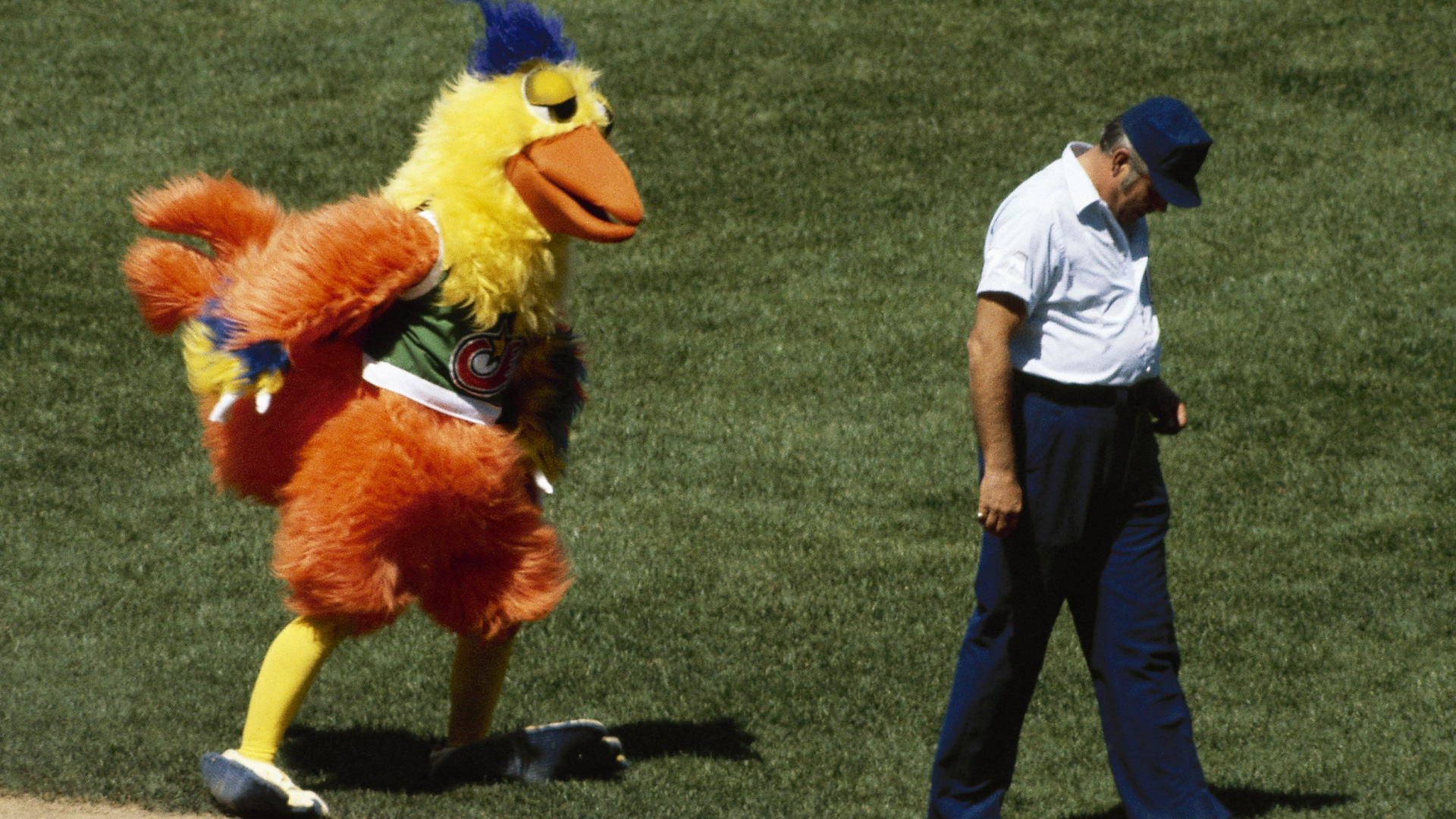 Ted Giannoulas began performing as the San Diego Chicken, also known as The Famous Chicken, at San Diego Padres games in 1974. Though he has since retired, he told ESPN that he occasionally made more than $40,000 per game “based directly on attendance.” With the average MLB game clocking in at three hours and change, those high-paying games would translate to earnings of roughly $13,333 per hour.

Major Money Loss: What Will Happen If the 2020 College Football Season Is Canceled? 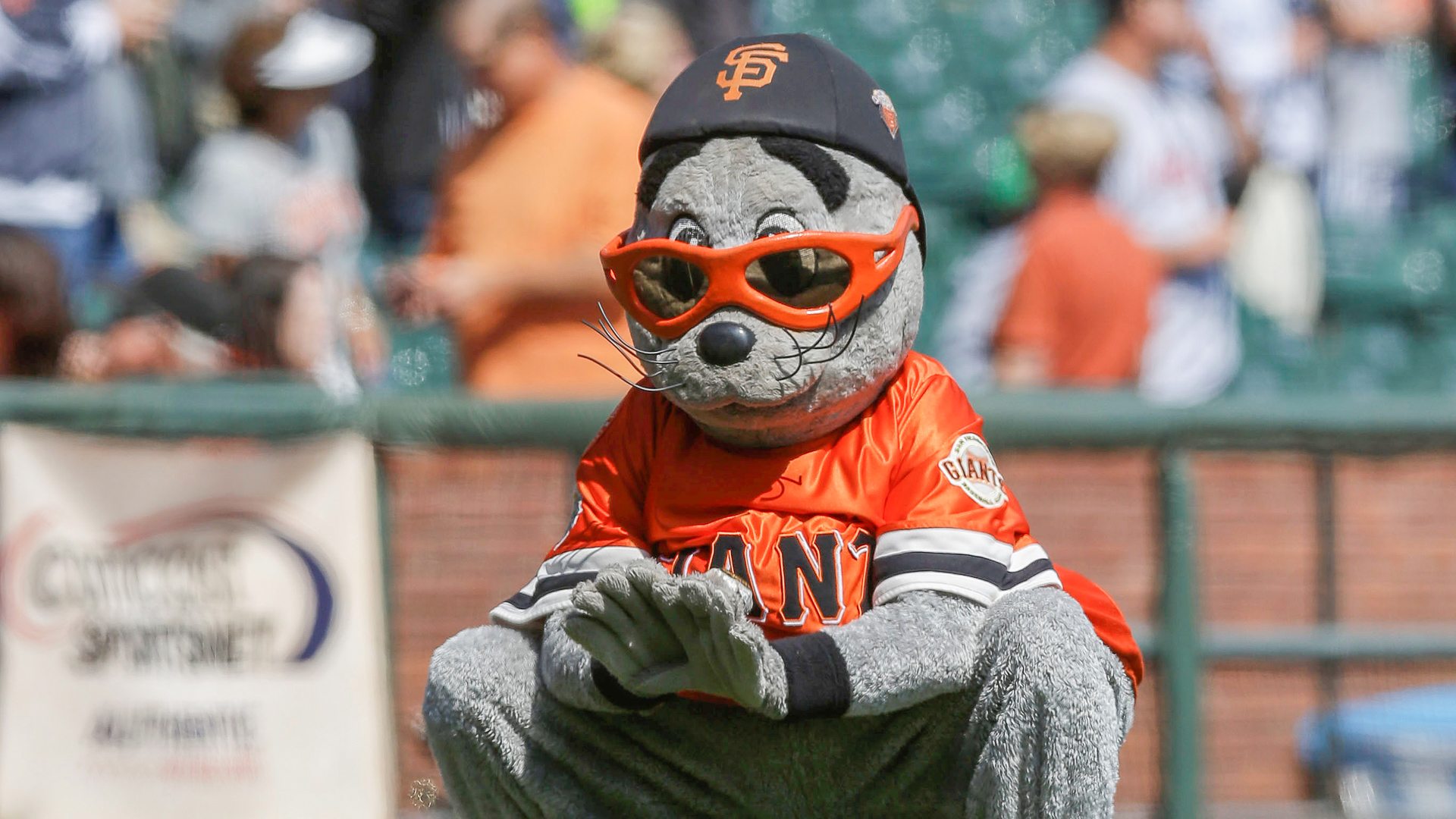 Lou Seal will appear at your wedding reception or other private parties for a fee of $350 for 30 minutes or $500 for an hour — and he will bring a gift: a Lou Seal bobblehead. The MLB mascot charges a travel fee for events that are more than 40 miles from the Giants stadium, according to the Giants website. 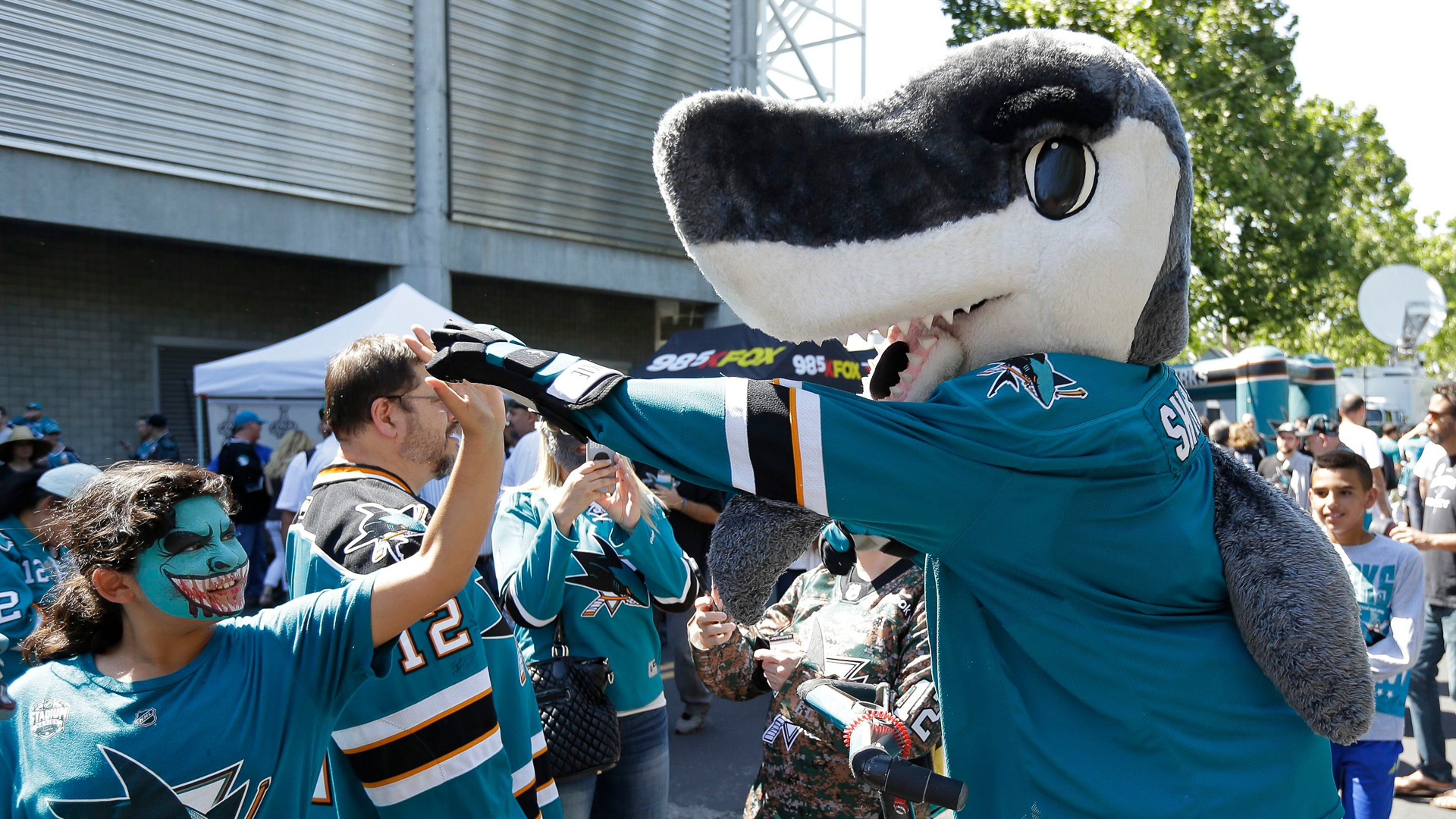 S.J. Sharkie charges $150 to make a 15-minute appearance at private events, and there are additional fees for events that are more than 40 miles from SAP Center. The NHL mascot also can be booked for 30 minutes for a fee of $295, according to the Sharks website.

It’s unknown how much S.J. Sharkie makes outside of these appearance fees. 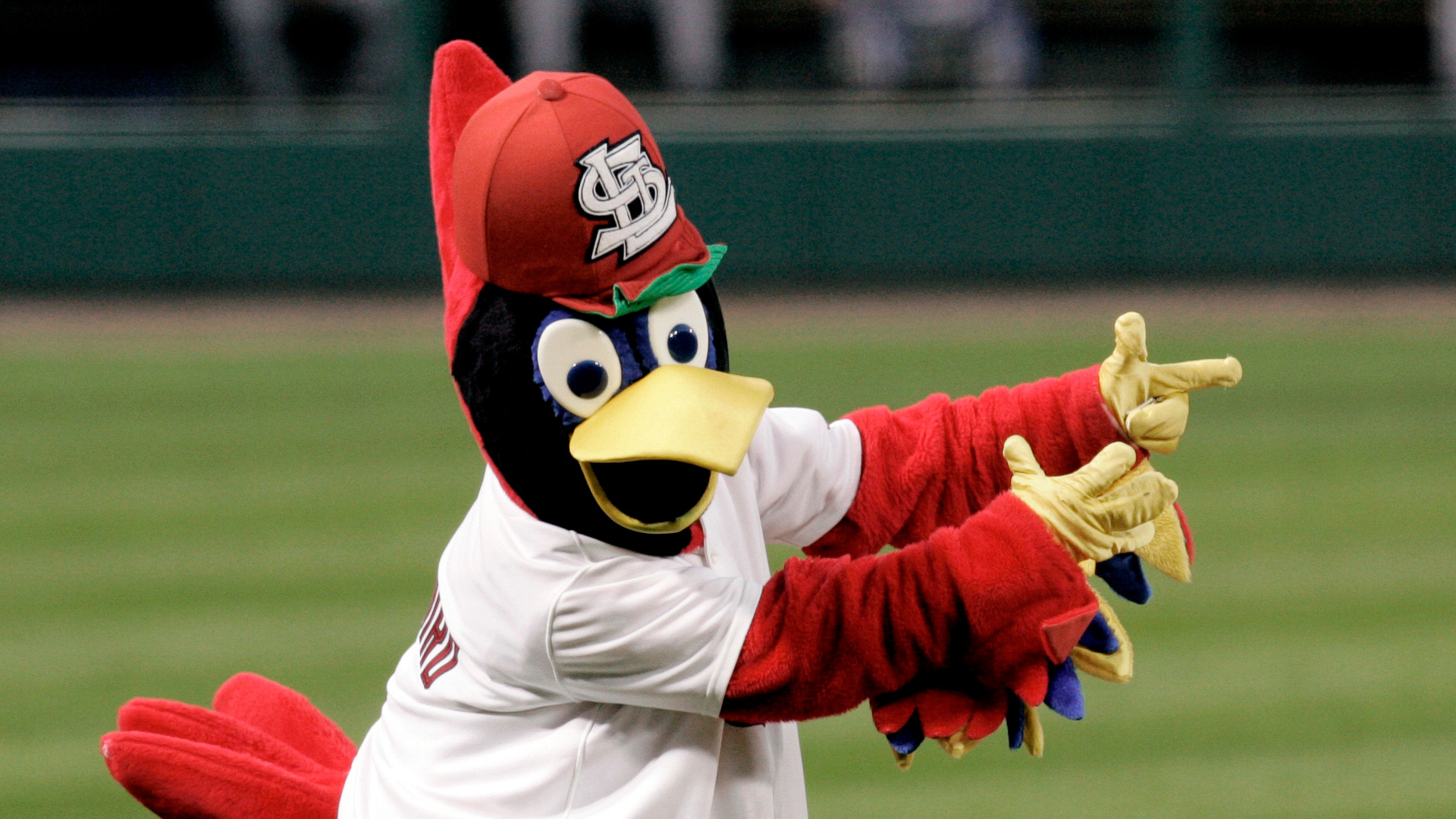 Fredbird has been the mascot of the MLB’s St. Louis Cardinals since 1979. The mascot’s going rate for events is $200 for 30 minutes or $400 for an hour, although rates are more for appearances that are over 50 miles from Busch Stadium, according to the Cardinals website. As for how much Fredbird makes outside of those appearances, a representative for the mascot once (jokingly) told St. Louis Magazine that he gets paid in “hugs and high fives from kids.” 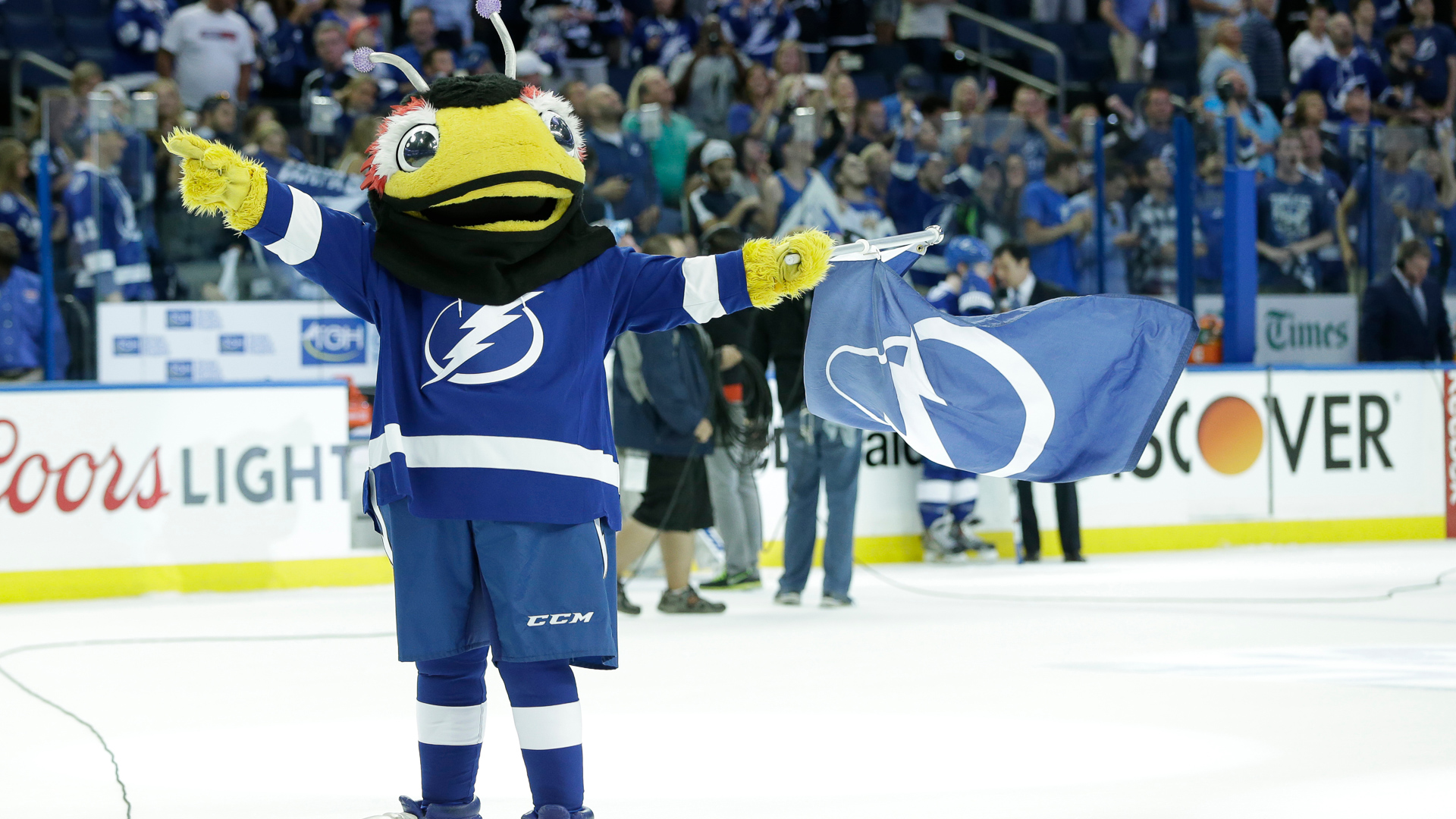 The mascot of the NHL’s Tampa Bay Lightning was ranked the No. 20 best pro sports mascot by Deadspin, so it’s no surprise ThunderBug commands large appearance fees outside of the mascot salary (which hasn’t been publicly reported). The cost to have ThunderBug at your event varies by what type of event it is — parties and community events cost $250 for an up to 45-minute appearance, and corporate events cost $300. 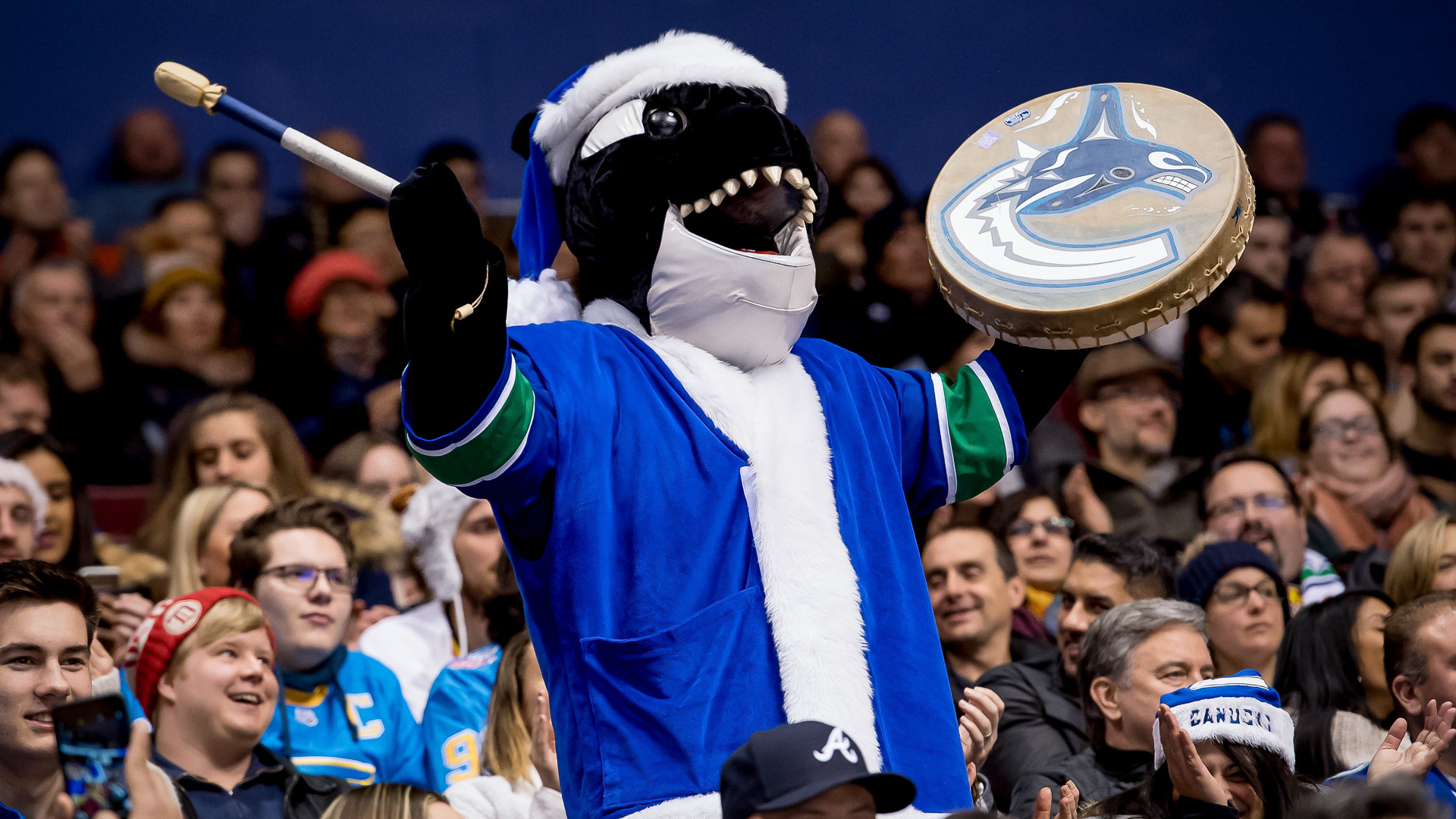 Although some fans mistakenly believe Fin is a shark, this NHL mascot is actually a whale. Fin makes more than 100 appearances every year outside of Canucks games and earns good money for doing so. The going rate for appearances is $350 for a 45-minute appearance, although season ticket holders get a discounted rate of $300, according to the Canucks website. Fin’s base salary hasn’t been reported, though, at those rates, this mascot could make $35,000 just from appearances.