Who’s Richer: These Sports Stars or Their Significant Others? 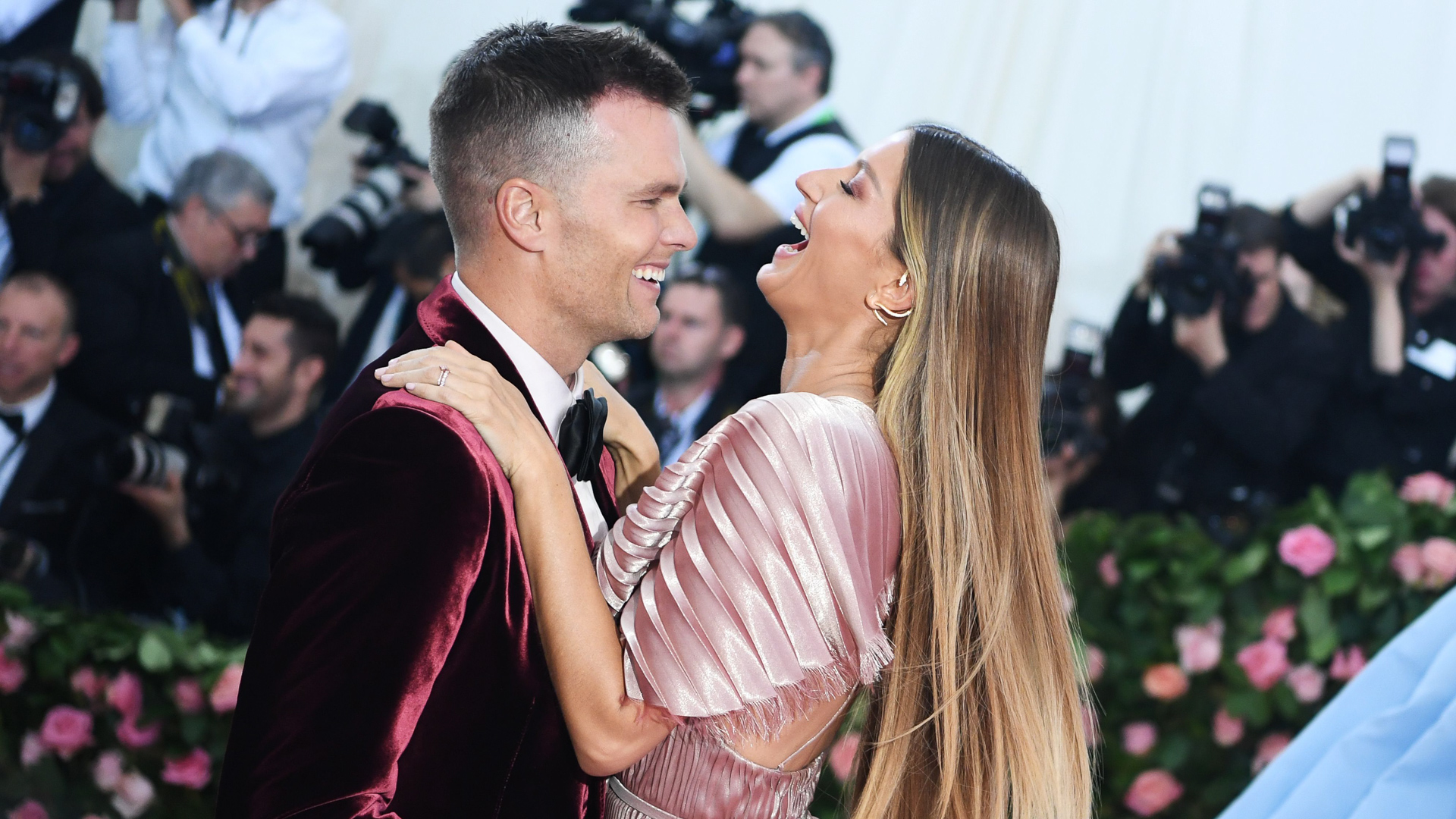 Being a pro athlete is a lucrative job. Top players sign multimillion-dollar contracts and can bring in even more money through endorsement deals and side businesses. With their wealth, fame and exclusive access, it’s no wonder many sports stars date other types of celebrities who are millionaires in their own right.

Take a look at some of these athlete-celebrity lovers and see if you can guess who is richer. Then see which people are getting rich thanks to COVID-19. 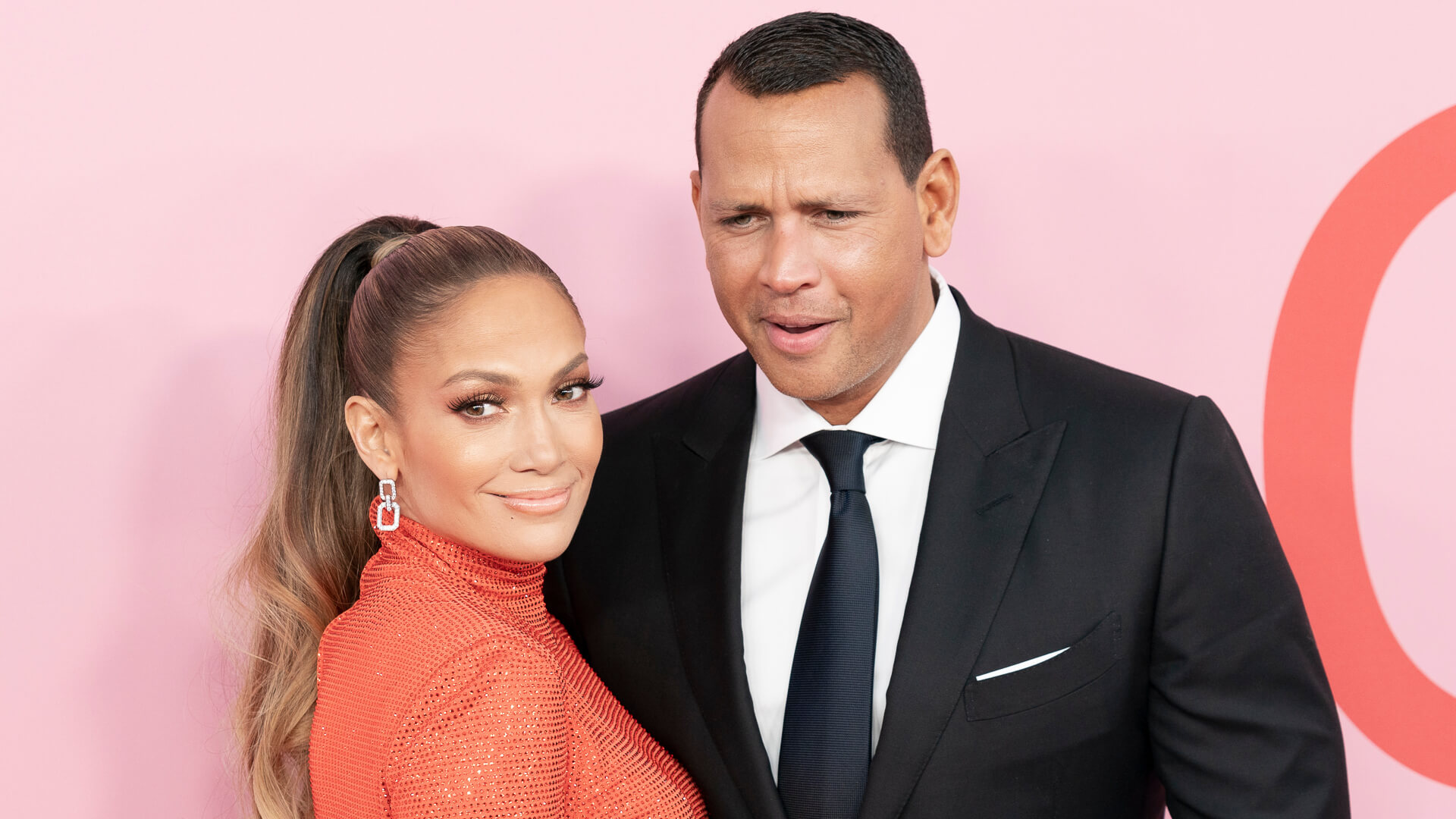 Alex Rodriguez retired from professional baseball in 2016. At the time, he was one of the world’s highest-paid athletes despite being embroiled in scandal due to his use of performance-enhancing drugs. Rodriguez was named the MVP in the MLB three times during his 22-year career.

Meanwhile, Jennifer Lopez has had an incredibly successful career of her own, excelling as an actress, singer and businesswoman. Rodriguez and Lopez have been dating since February 2017 and got engaged in March 2019, People reported. They are expected to tie the knot once the pandemic is over. 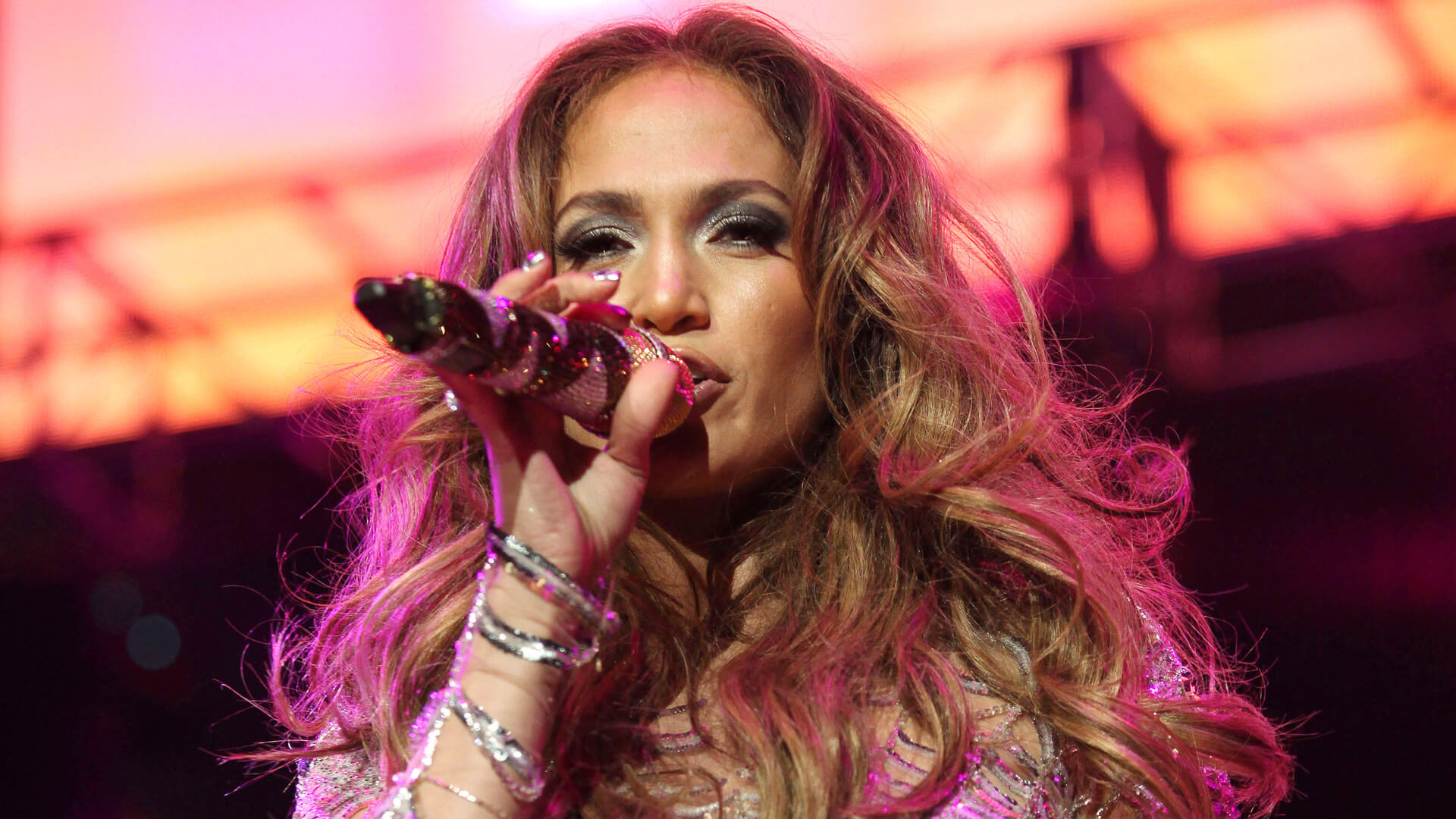 She might still be “Jenny from the block,” but Lopez has come a long way since her humble beginnings in the South Bronx.

Most recently, her Las Vegas residency grossed over $100 million in two years, and she boosted her earnings as the executive producer of the TV competition show “World of Dance.” Lopez also launched a makeup line with Inglot Cosmetics and continues to be an influential name in Hollywood both as an actress and as a producer. 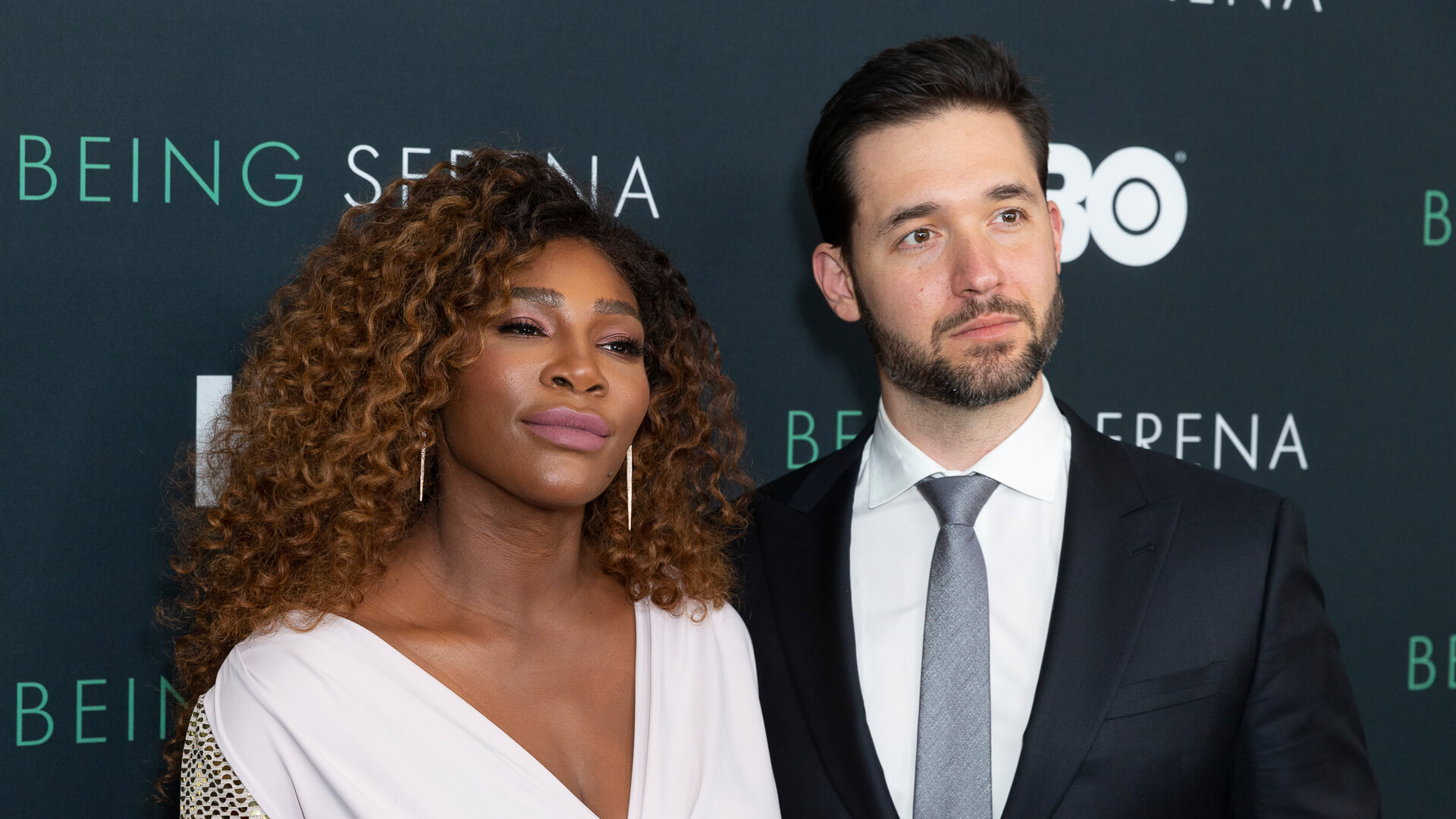 Williams got engaged to Reddit co-founder Alexis Ohanian in December 2016, and they welcomed daughter Olympia in September 2017. They wed two months later.

Is it Williams’ tennis skills or Ohanian’s entrepreneurial success that has brought in the most wealth? 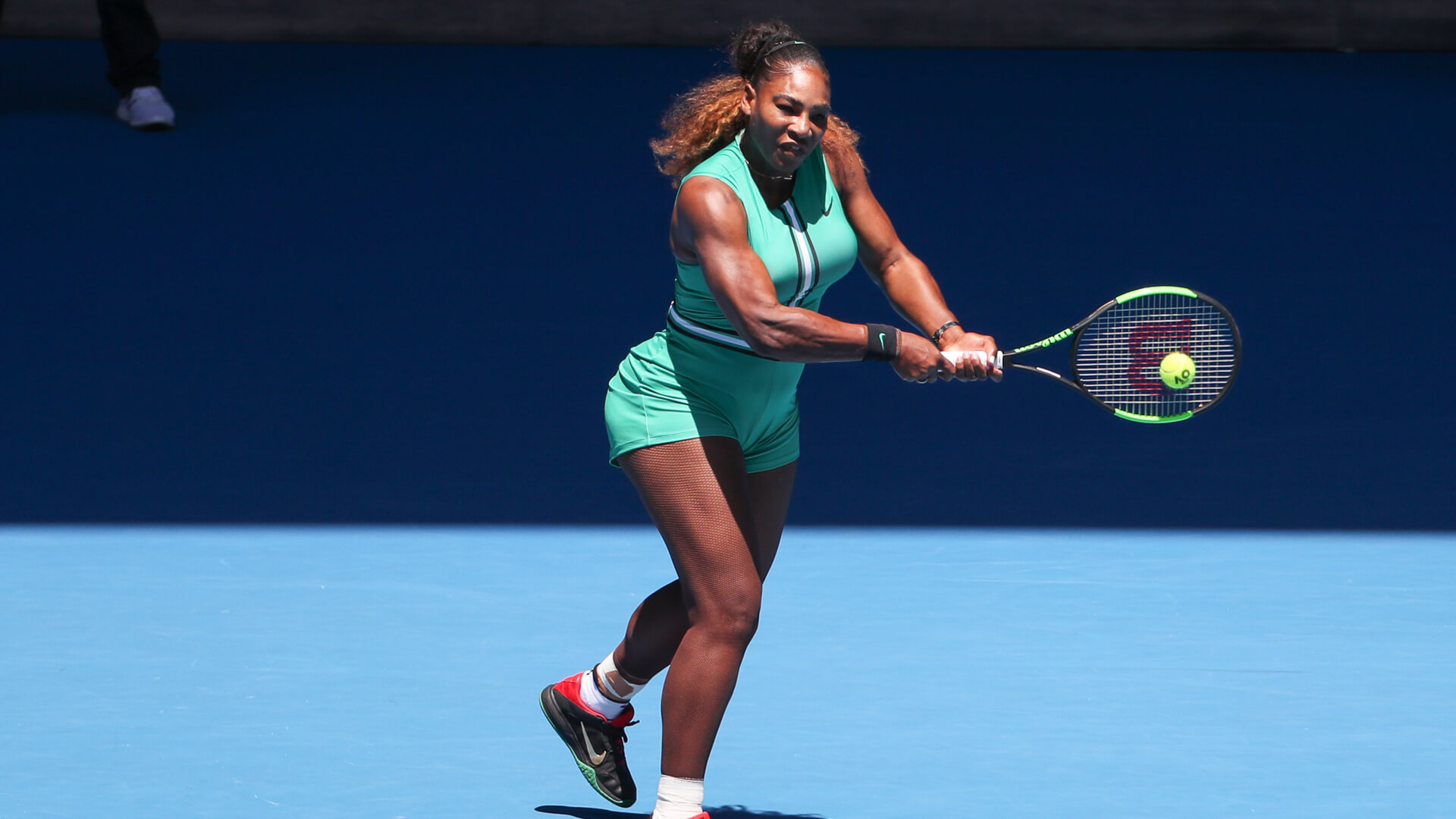 Williams’ primary source of wealth is tennis — she’s earned $93 million in prize money during her career, according to Forbes. But that’s not her only source of income.

She’s also a venture capitalist, investing with a focus on women- and minority-owned companies, and has a portfolio worth at least $10 million, Forbes reported. She has as a clothing line and owns stakes in the Miami Dolphins and UFC. She also brings in major money through numerous corporate partnerships. 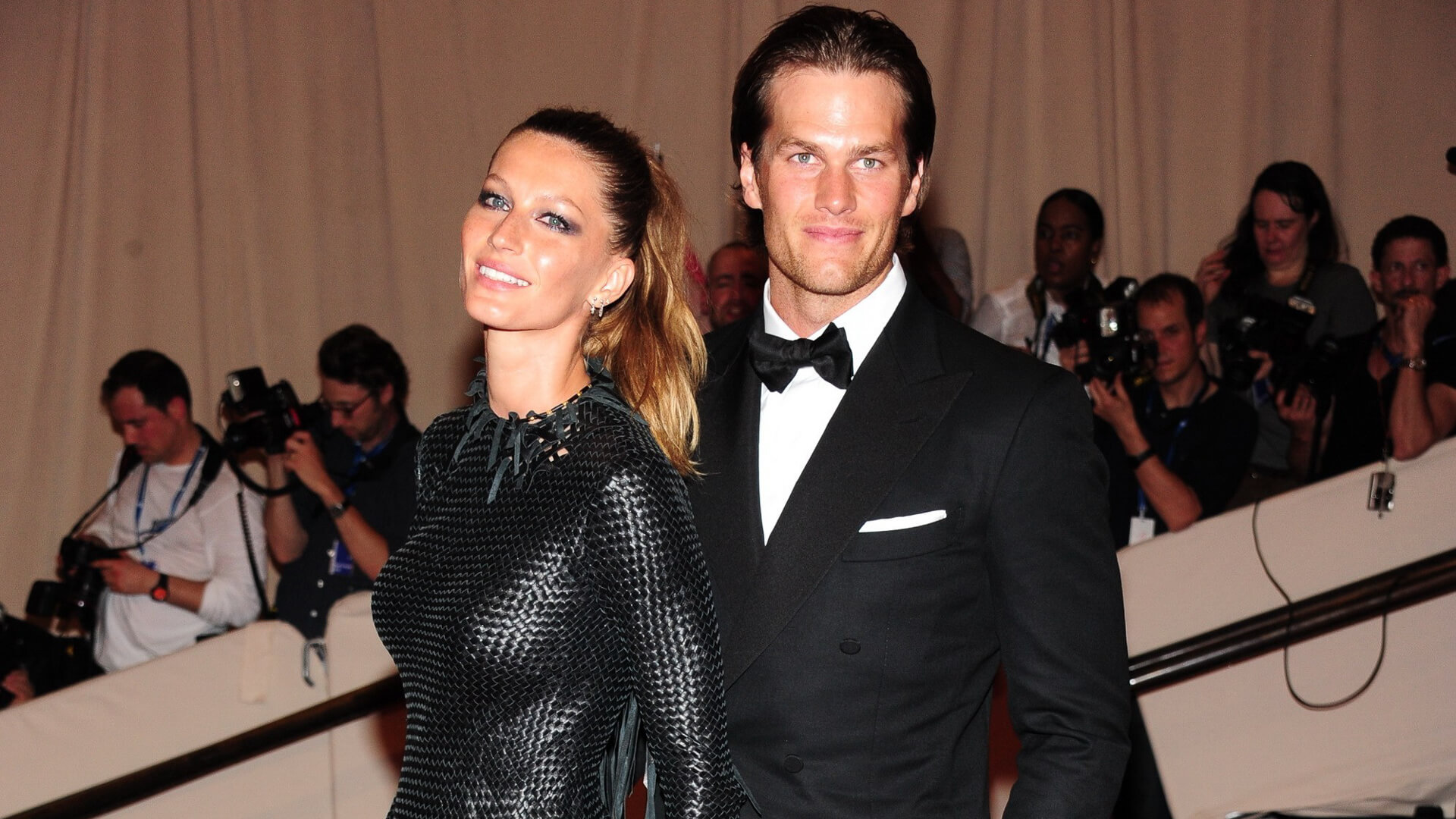 Over the course of his 20-year NFL career, Tom Brady has thrown well over 500 touchdown passes — all for the New England Patriots, though he signed with the Tampa Bay Buccaneers after the 2019 season. He married supermodel Gisele Bündchen in 2009, and the couple now has two kids together. Brady also has a son from a previous relationship. 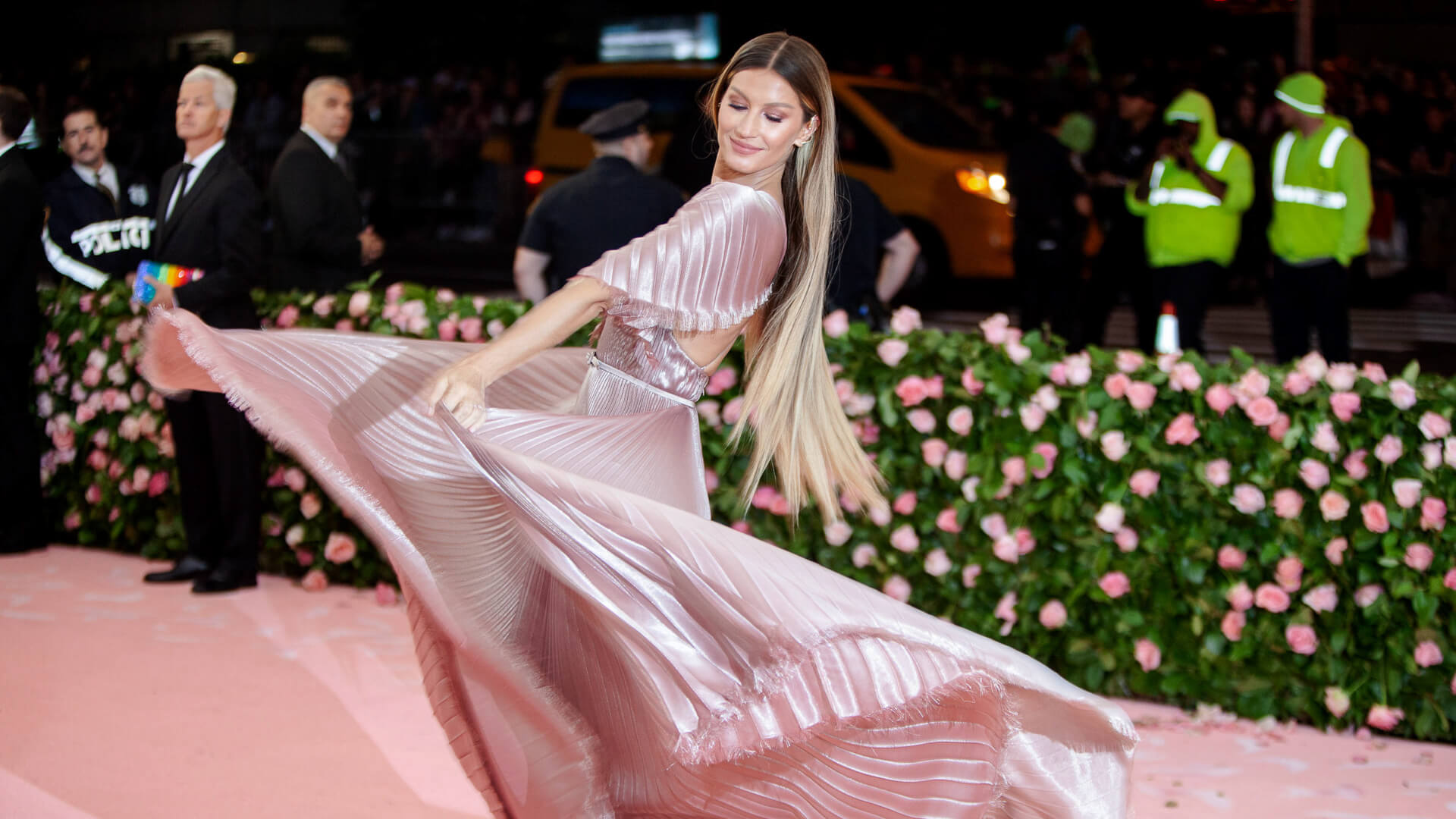 This might come as a shock to sports fans, especially when considering that Brady has an annual salary of $30 million, but Bündchen is the richer of the pair by a landslide. She continues to model, landing major covers like Elle and Vogue Paris, and makes big money from endorsement deals, including recent deals with the accessories company Vivara and the cosmetic line Make B. She also penned an autobiography, “Lessons: My Path to a Meaningful Life,” which graced The New York Times bestseller list. 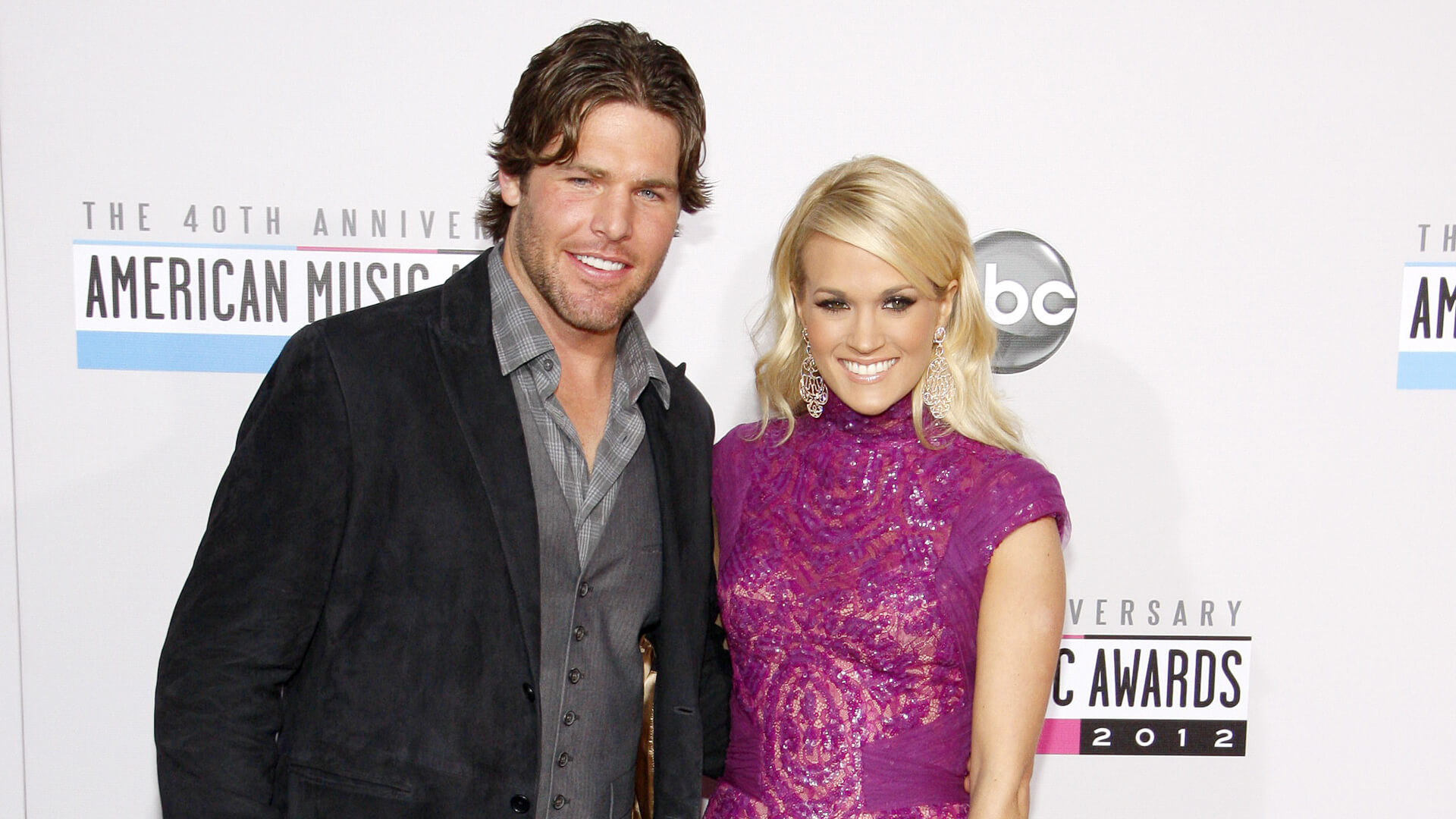 NHL player Mike Fisher played more than 400 games with the Nashville Predators and served as their team captain before retiring in 2018. Before that, he played for the Ottawa Senators from 1999 through 2011. Fisher married country superstar Carrie Underwood in 2010.

Does the Canadian hockey player or the Southern crooner have the higher net worth? 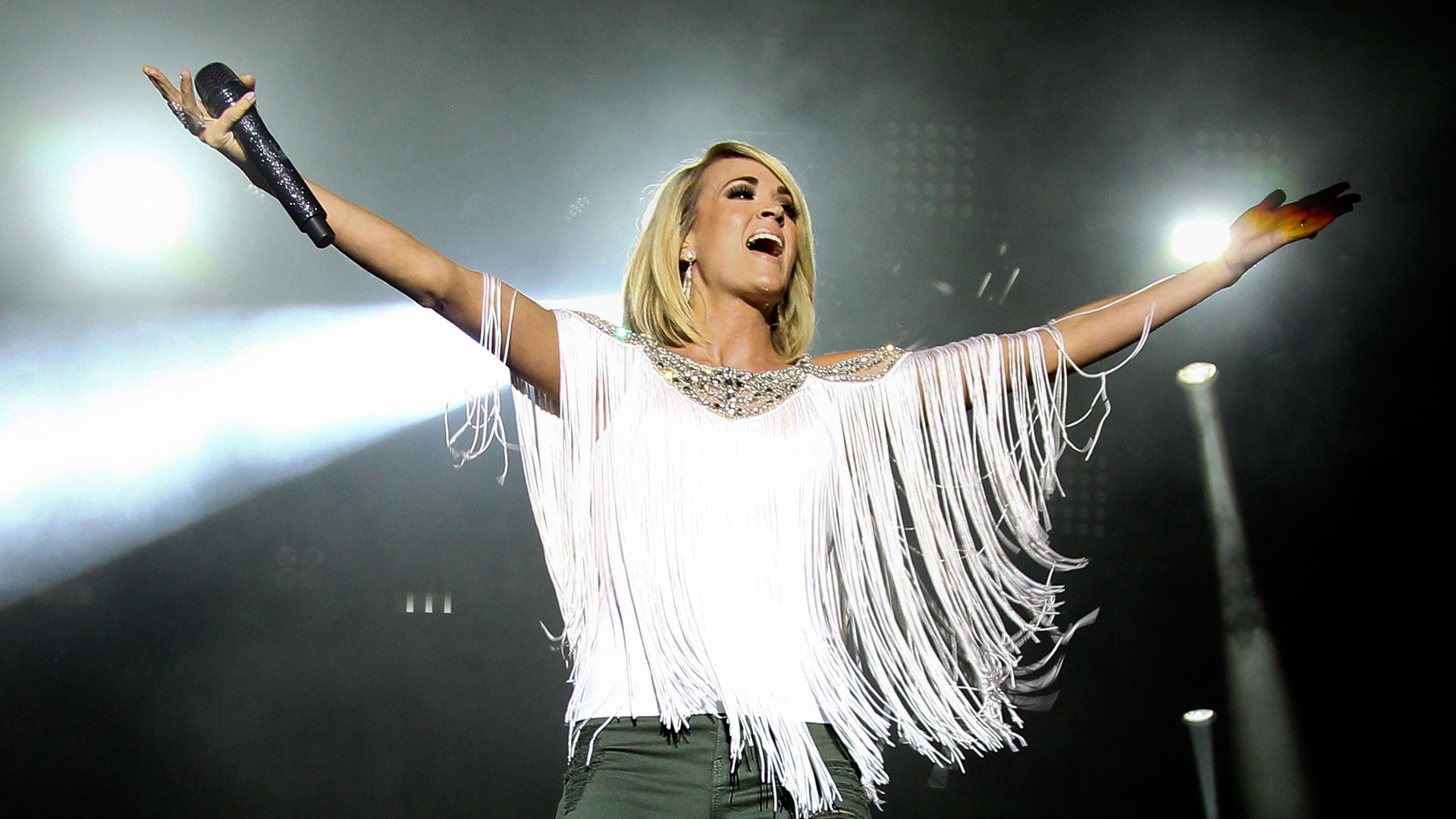 Although Fisher has had a prolific pro sports career, Underwood wins at the money game. She went from “American Idol” hopeful to making country music history. She’s had four albums reach No. 1 on the Billboard 200 chart, and she is the first woman to have four country albums reach that milestone.

Underwood has sold 64 million records worldwide and has won seven Grammy Awards. Outside of her immense success in the music world, Underwood also has an activewear line, Calia by Carrie Underwood. In March 2020, she published her first book, “Find Your Path: Honor Your Body, Fuel Your Soul and Get Strong with the Fit52 Life,” which became an instant bestseller. 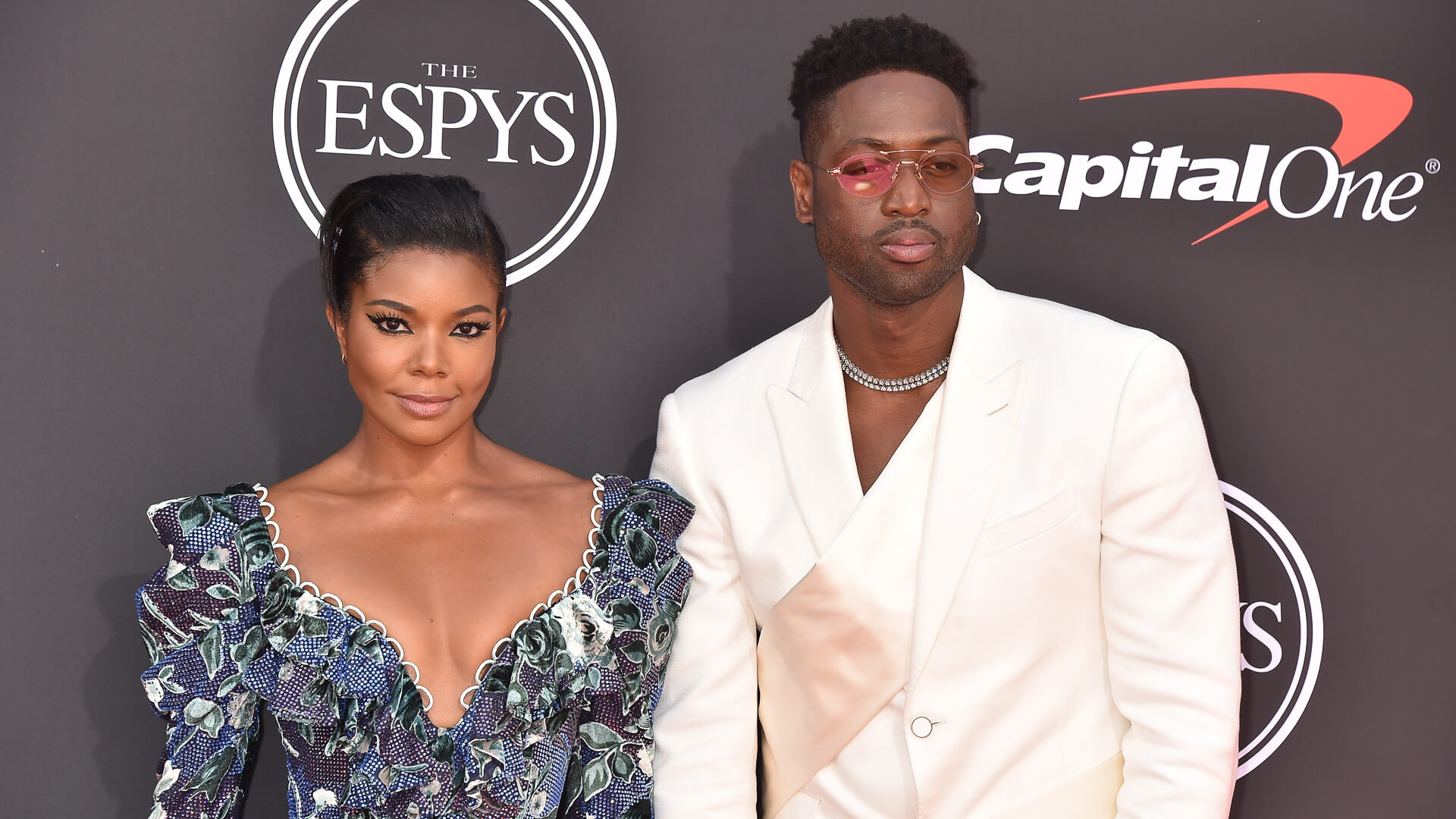 Dwyane Wade has 16 years of pro basketball playing under his belt, most of those years with the Miami Heat. He retired in 2019 and received the Magic Johnson Award during his last pro season. His other awards include the 2006 NBA Finals MVP, and he is a three-time champion and 13-time All-Star, ESPN reported.

Wade married actress Gabrielle Union in August 2014, and they welcomed their first child together in November 2018. Union has been acting steadily since the ’90s and has starred in “Bring It On,” “Bad Boys II,” “10 Things I Hate About You” and more.

So who’s worth more: the basketball star or the movie star?

Wade was one of the highest-earning athletes of 2018, with $31.8 million in earnings from that year, Forbes reported. In addition to his basketball earnings, Wade also brings in money through endorsement deals and his own line of neckties, socks and underwear. His most lucrative endorsement deal is with the Chinese brand Li-Ning, which gave him an equity stake and a multimillion-dollar annual contract.

From RBG to Chief Justice Roberts: Which Supreme Court Justice Is the Richest? 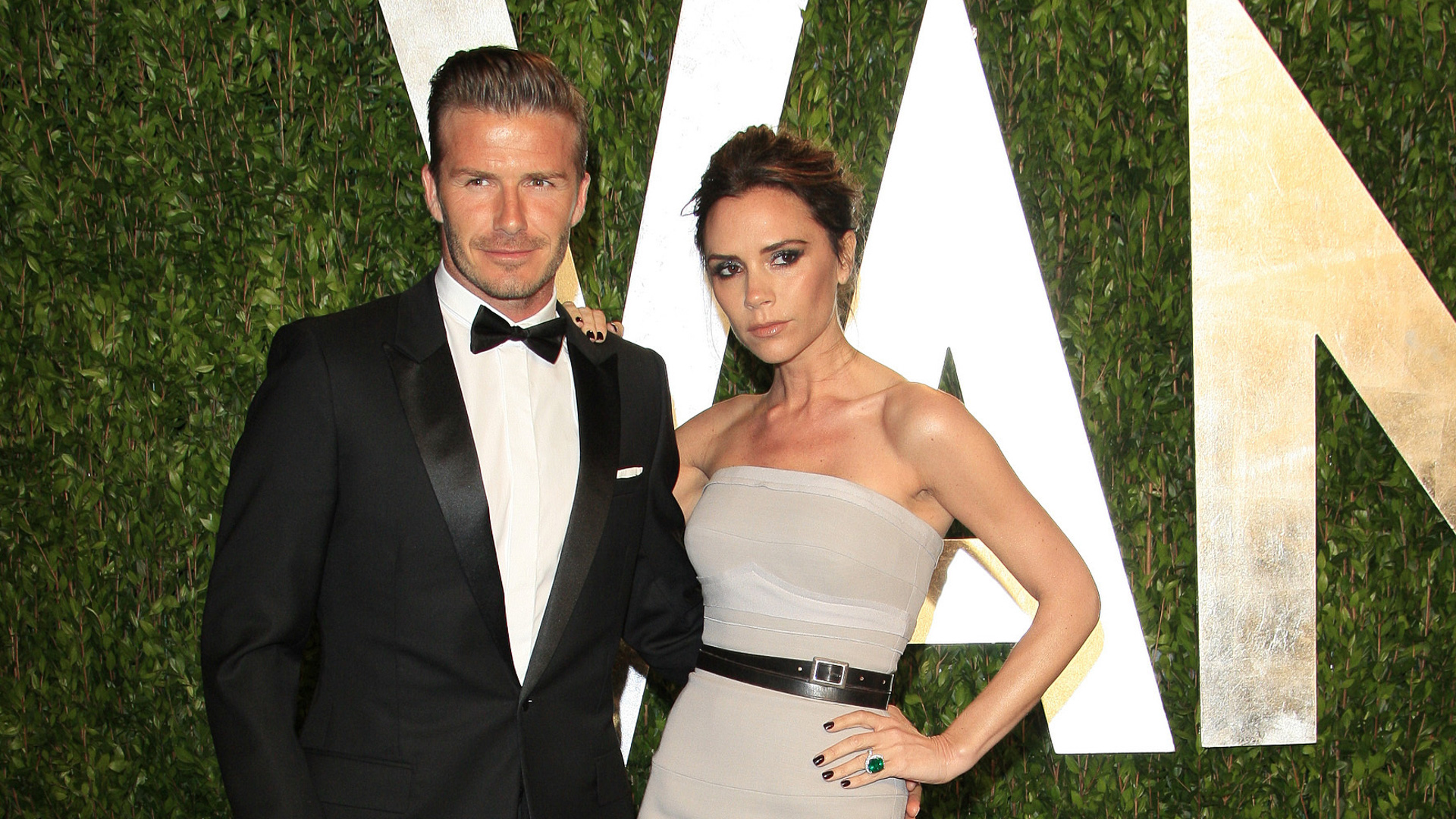 “Posh and Becks” were practically British royalty at the height of their respective careers. David Beckham has played over 500 professional soccer games over the course of his decades-long career, scoring 97 career goals. He’s also played in three World Cups for England’s national football team. In 1999, he married Victoria Beckham — then Victoria Adams — who was wildly popular on her own as a member of the pop group Spice Girls.

Both Beckhams have been super successful, but can you guess which one is wealthier? 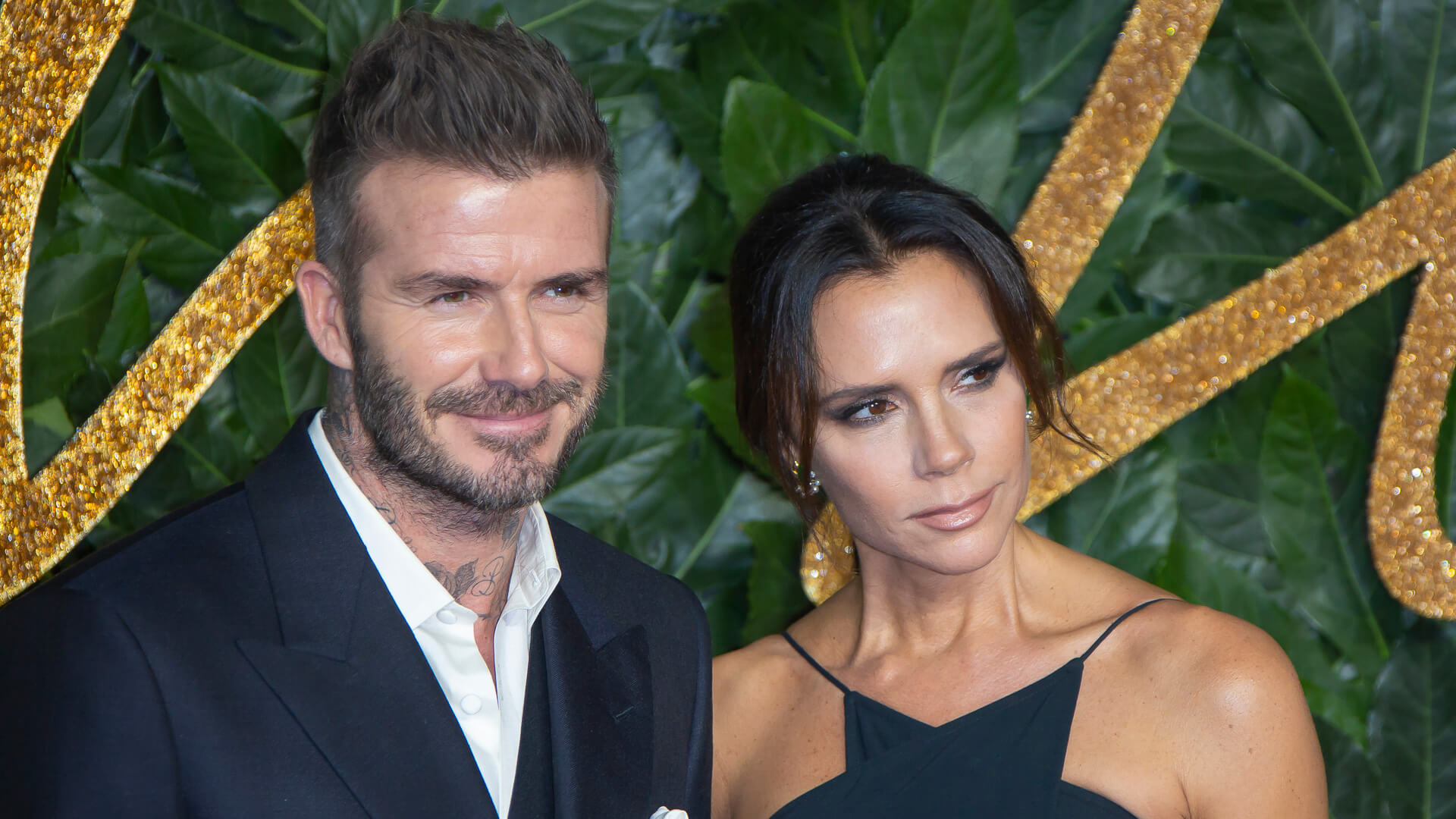 The Beckhams are reported to have a combined net worth of $450 million, so they are equally wealthy. David retired from pro soccer in 2013 and is the owner of Inter Miami CF Academy, which recruits and trains young soccer players. He also launched a media company, Studio 99, in July 2019.

Victoria, meanwhile, has put her Spice Girls days behind her, declining to take part in the group’s recent reunion tour. Her main focus is her namesake fashion brand, which includes clothing, bags, shoes, accessories, eyewear and beauty products. 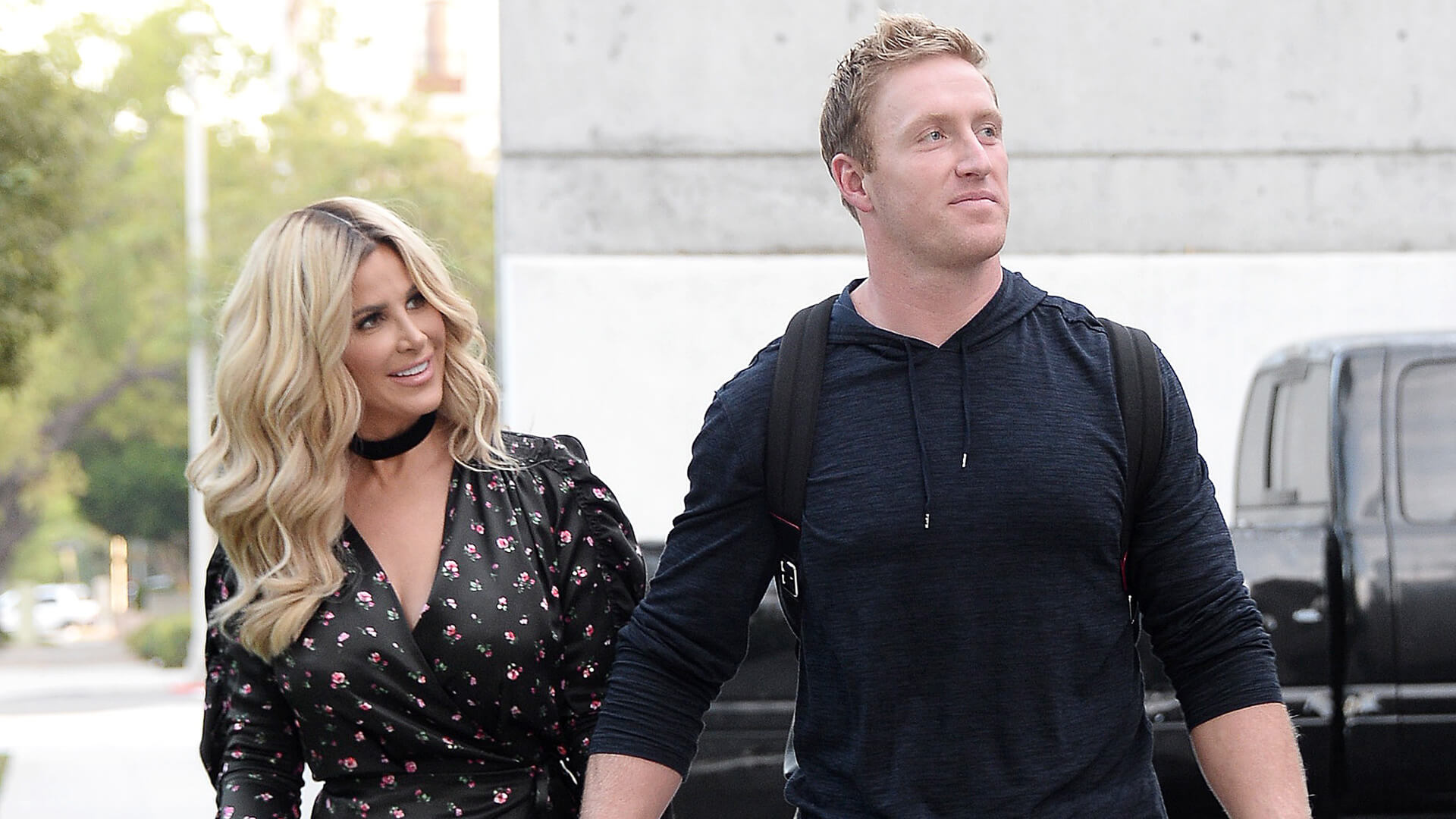 Before he was a reality star, Kroy Biermann played for the Atlanta Falcons from 2008 to 2015. He married “Real Housewives of Atlanta” cast member Kim Zolciak in 2011, and they have four children together, along with her two eldest daughters.

The couple has starred on the Bravo spinoff show “Don’t Be Tardy” for seven seasons. The eighth season is scheduled to premiere in October.

Can you guess which Biermann is richer? 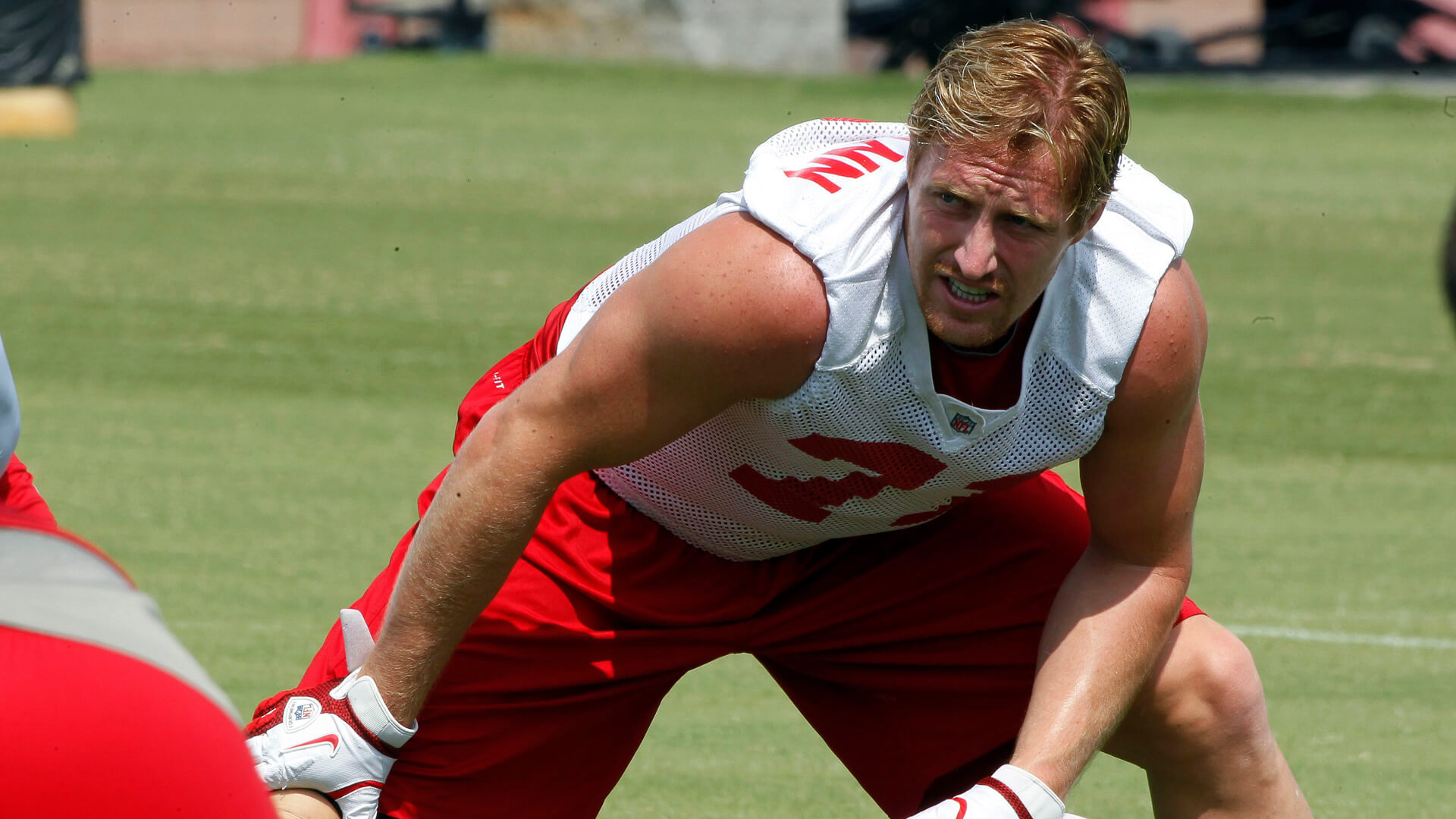 Zolciak-Biermann supplements her reality TV income with lots of sponsored Instagram posts. But an NFL contract is worth more than a deal with 310 Nutrition, apparently. Biermann’s 2015-16 contract alone was worth $1.9 million, according to Spotrac. 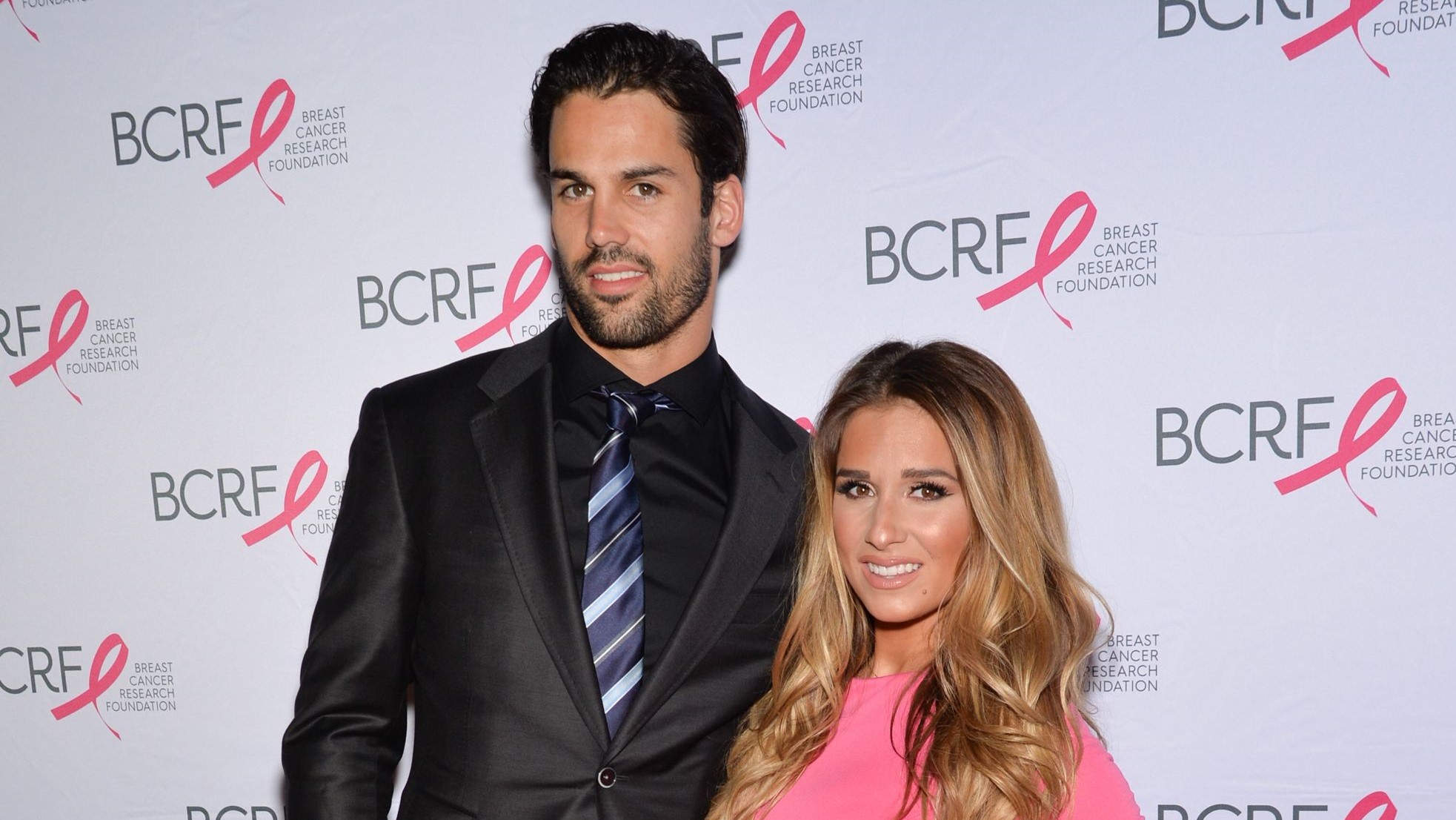 Pro football player Eric Decker retired in 2018 after eight seasons, during which he caught 439 receptions for 5,816 yards with 53 touchdowns. He played for the Denver Broncos, New York Jets and Tennessee Titans.

Decker married country singer Jessie James in 2013. She has released four albums, most recently the Christmas album, “On This Holiday” (2018). They both appeared on the E! reality show “Eric & Jessie: Game On,” which aired for three seasons.

Is it Eric’s athleticism or Jessie’s singing that has earned more? 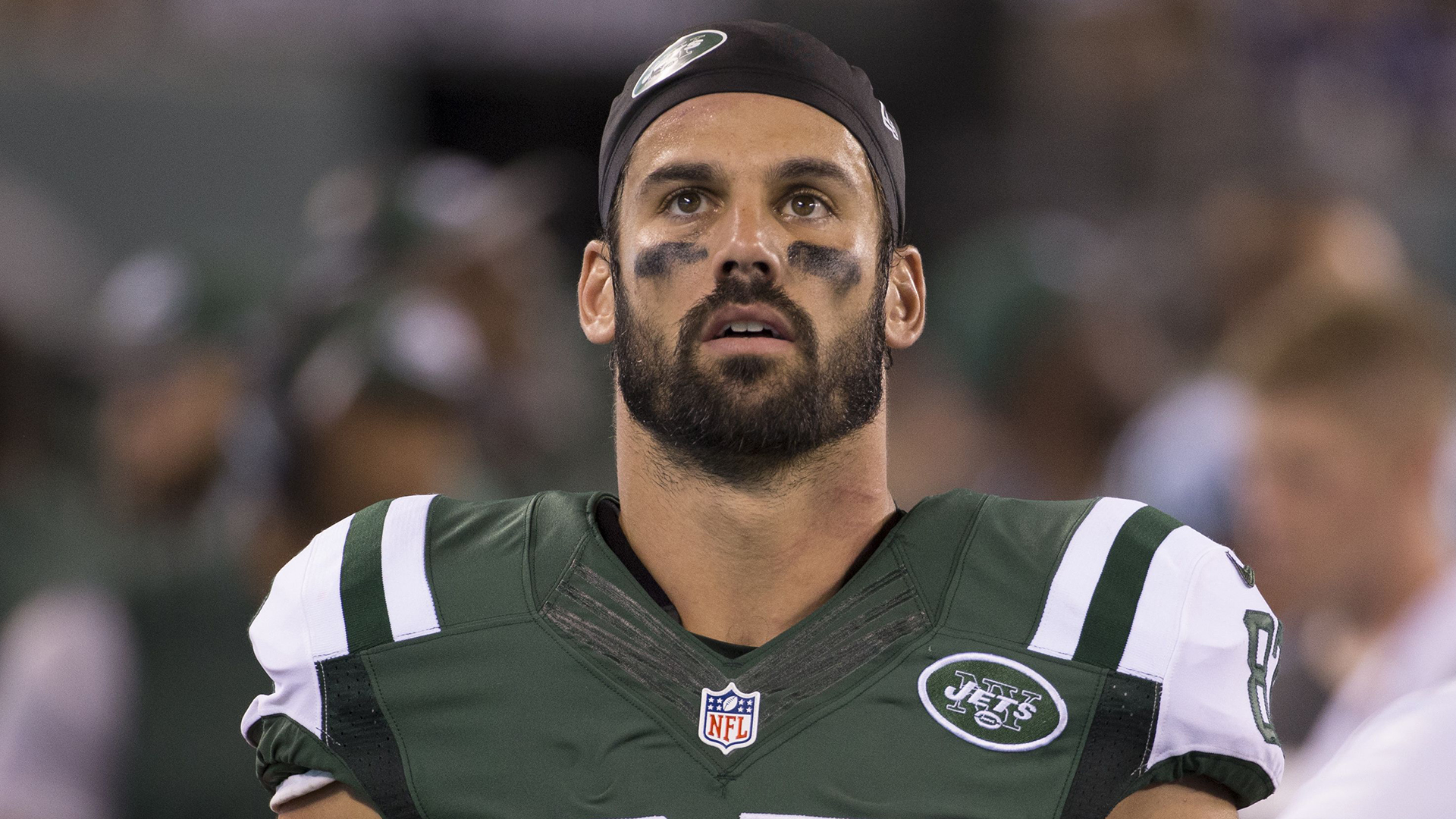 What They Do After: How Obama, Biden and Other Elected Officials Have Made Millions by Being in Office 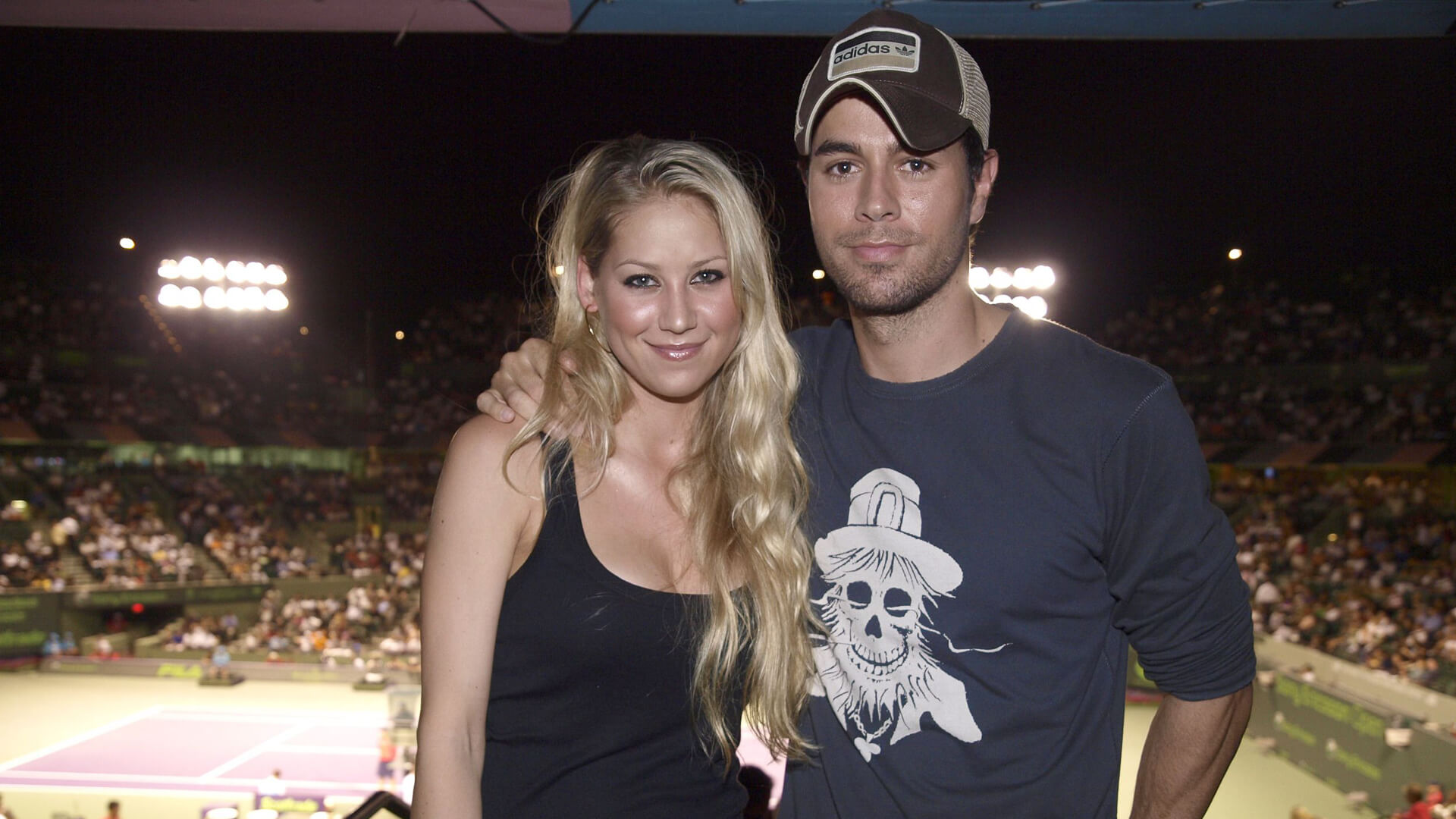 Tennis star Anna Kournikova made it to the Wimbledon semifinals when she was a teenager. Though she never won a singles title, she did reach No. 1 in the rankings as a doubles player and won several major titles, including the Australian Open. Kournikova met Spanish singer Enrique Iglesias on the set of his music video for “Escape” in 2001, and they have been together on and off ever since.

But which superstar is wealthier? 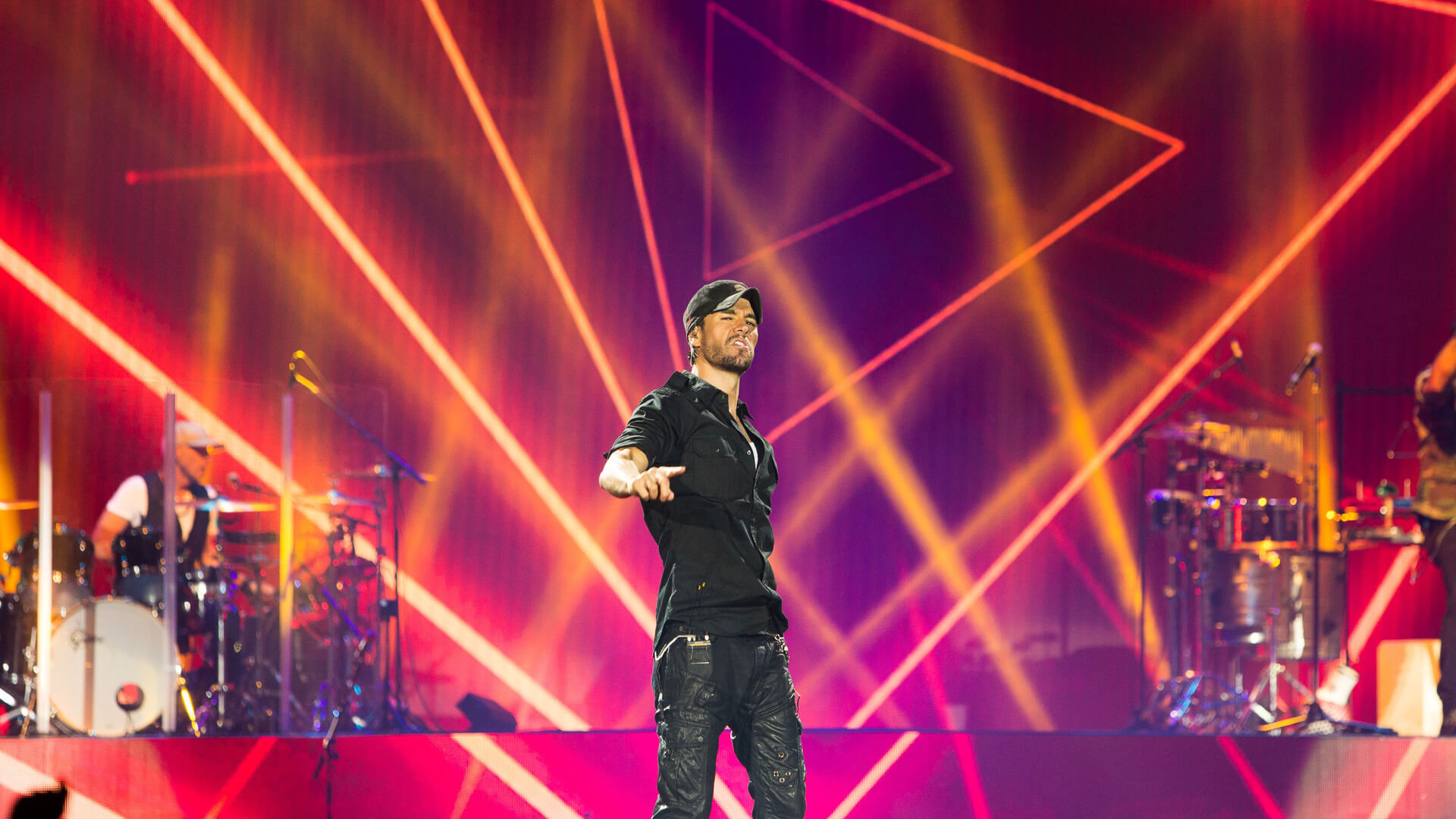 Kournikova’s $50 million net worth is nothing to scoff at, but Iglesias is worth double. Appealing to both Spanish- and English-speaking audiences, Iglesias has had three top 10 albums on the Billboard 200 chart and 25 singles on the Billboard Hot 100 chart. Moreover, he’s sold more than 180 million albums worldwide and headlined 10 world tours. 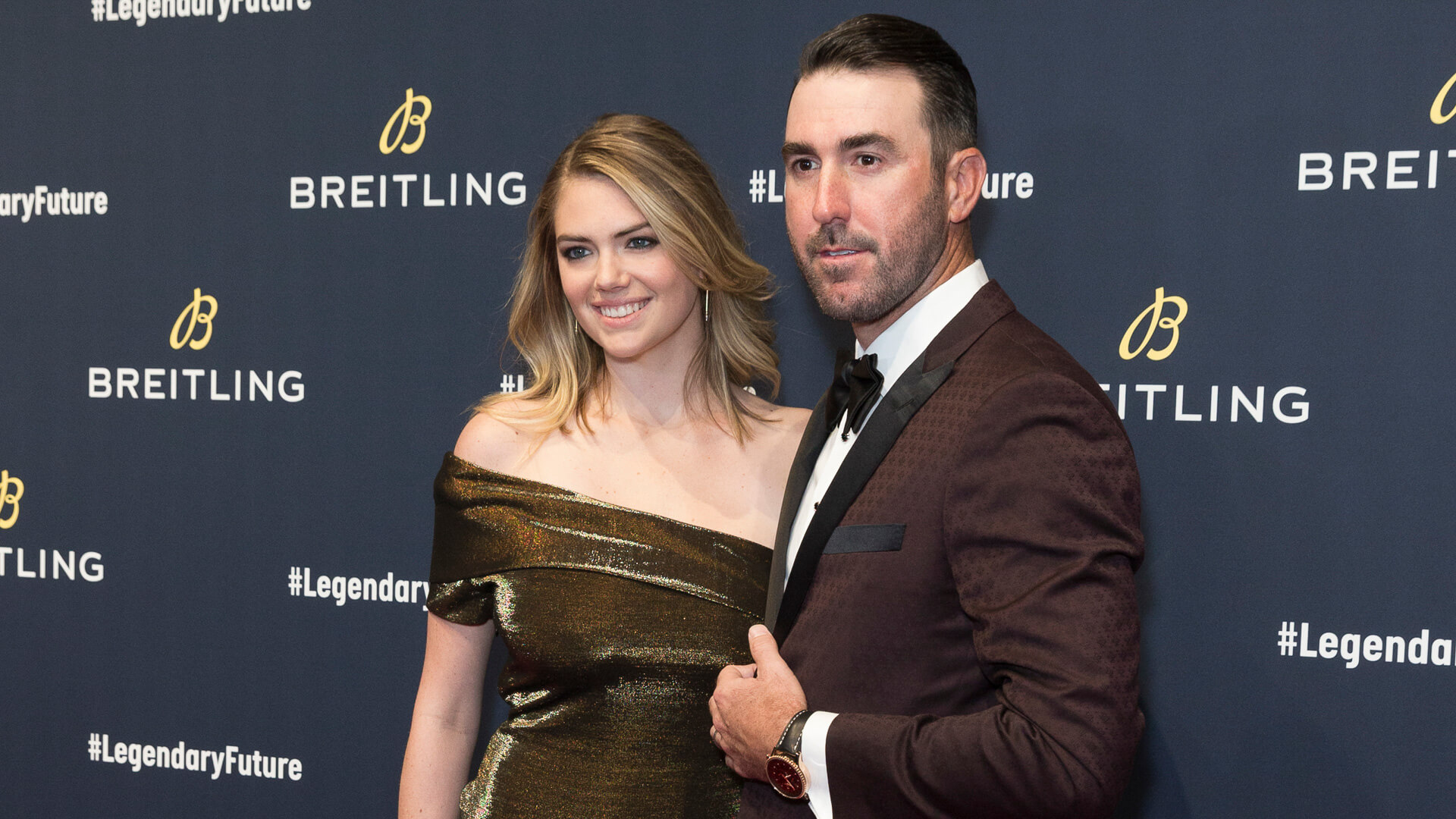 Pitcher Justin Verlander made his MLB debut with the Detroit Tigers in 2005. He was named Rookie of the Year, Cy Young Award winner and league MVP. In 2017, he won a World Series with the Houston Astros. He married model and actress Kate Upton just days after the World Series win, and the couple welcomed their first child in November 2018.

Verlander and Upton have both graced the cover of Sports Illustrated, but can you guess which cover star is richer? 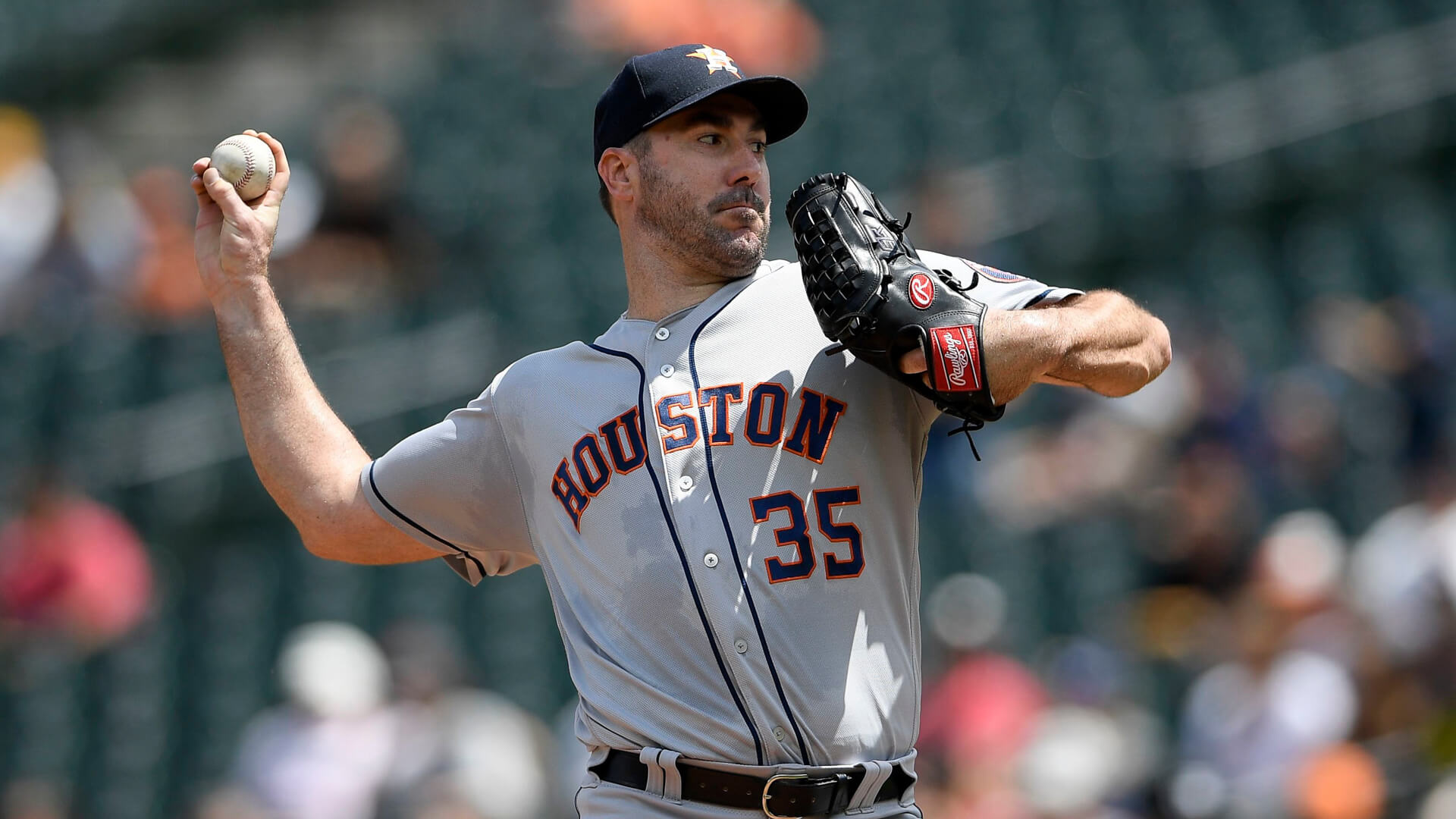 Verlander signed a two-year contract with the Houston Astros for the 2020 and 2021 seasons, worth $66 million. At $33 million a year, he holds the record for the pitcher with the highest annual salary. Due to the coronavirus-shortened season, however, Verlander will make only $12.2 million this year. 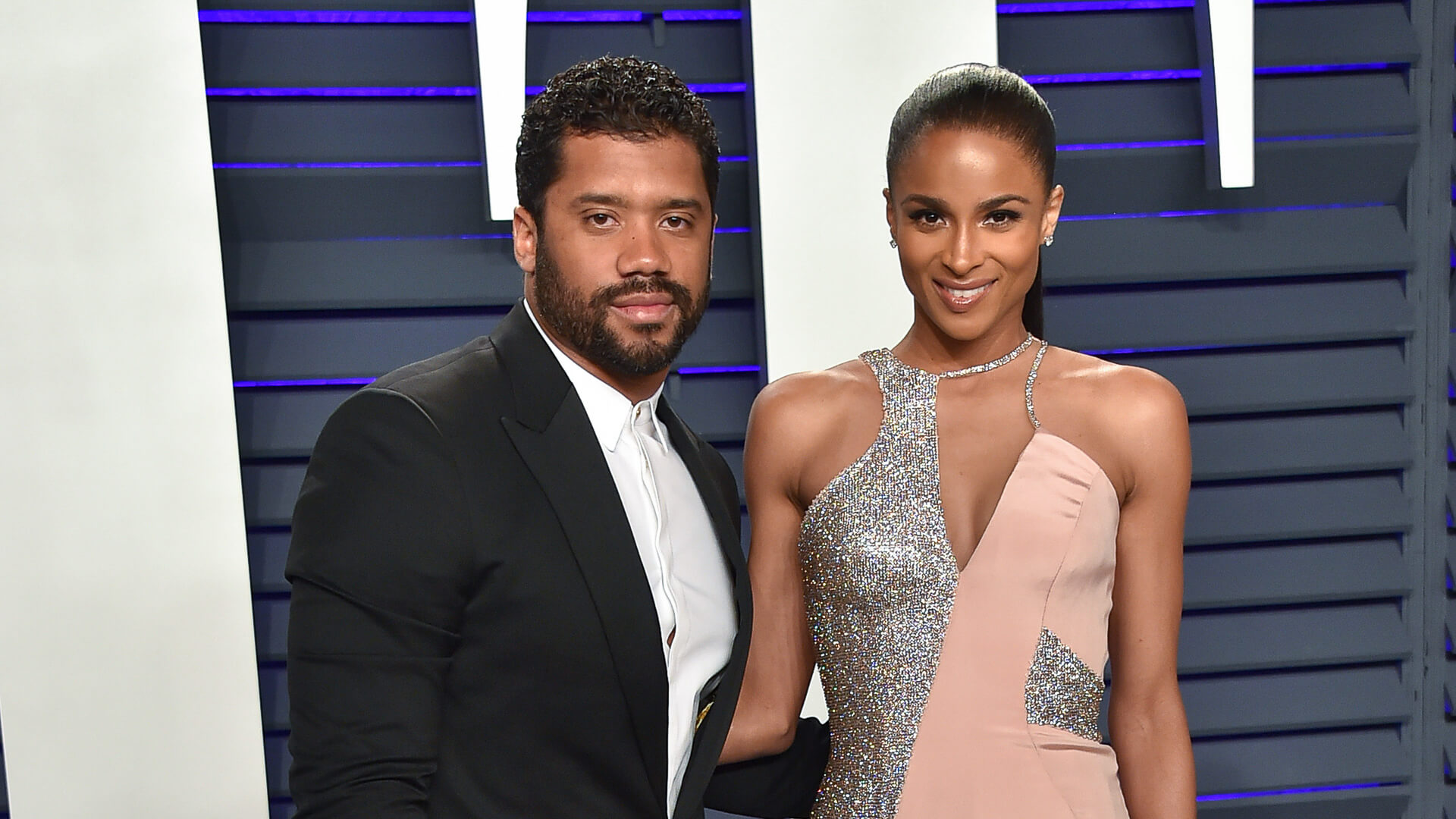 Quarterback Russell Wilson has played for the Seattle Seahawks since 2012. For the 2018 season, he was tied for third in the NFL for the highest number of touchdowns, 35. Wilson married singer Ciara — who has been nominated for five Grammy Awards and won one — in July 2016, and they had their first child together in April 2017 and their second in July 2020. She also has a son from a previous relationship.

Can you guess which of the stars has a higher net worth? 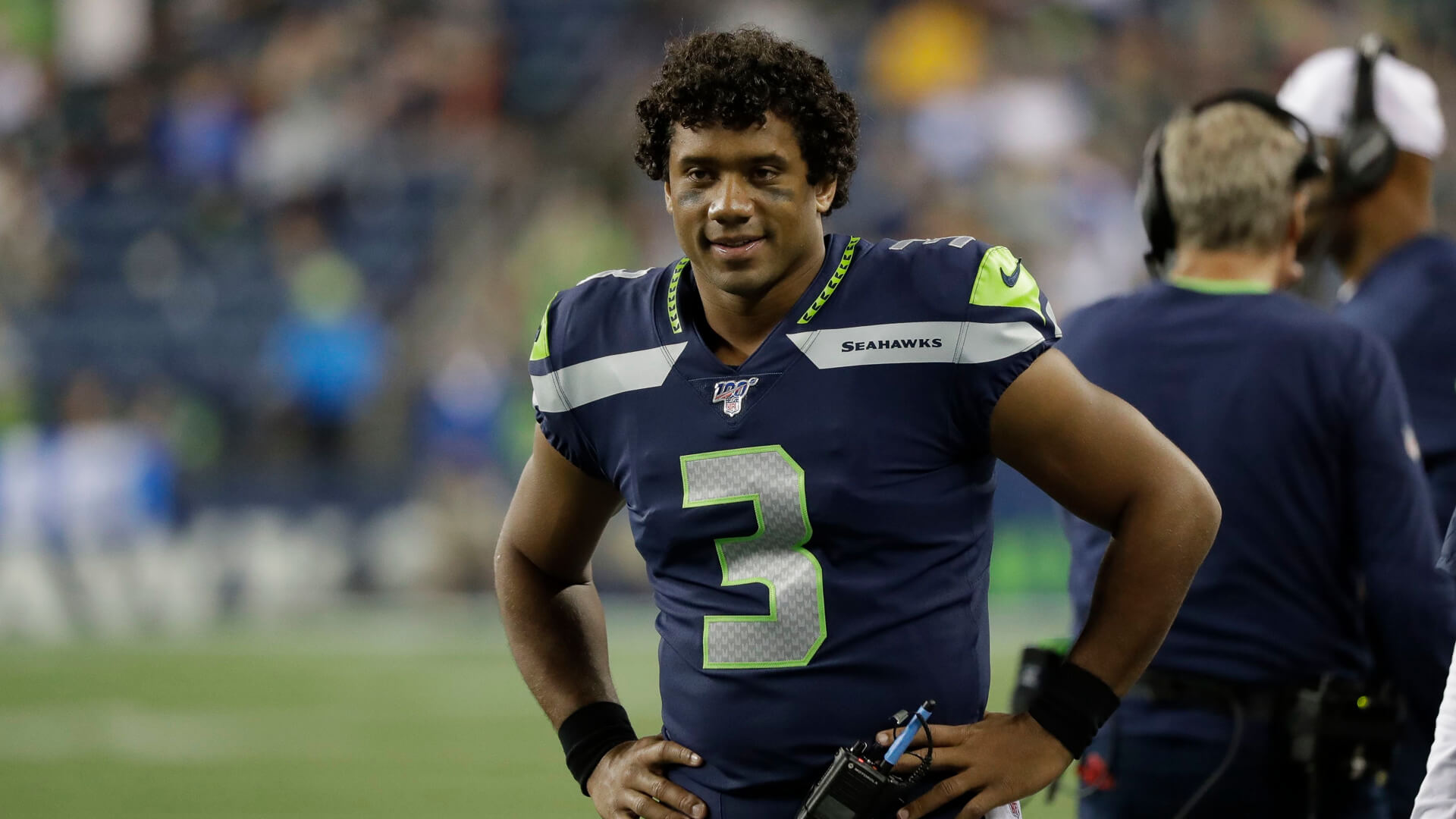 Wilson the NFL’s highest-paid player thanks to a four-year, $140 million contract extension that he signed with the Seahawks in April 2019. Outside of football, Wilson is the CEO of brand management firm West2East Empire.

All net worths were sourced from Celebrity Net Worth and are accurate as of Sept. 4, 2020.