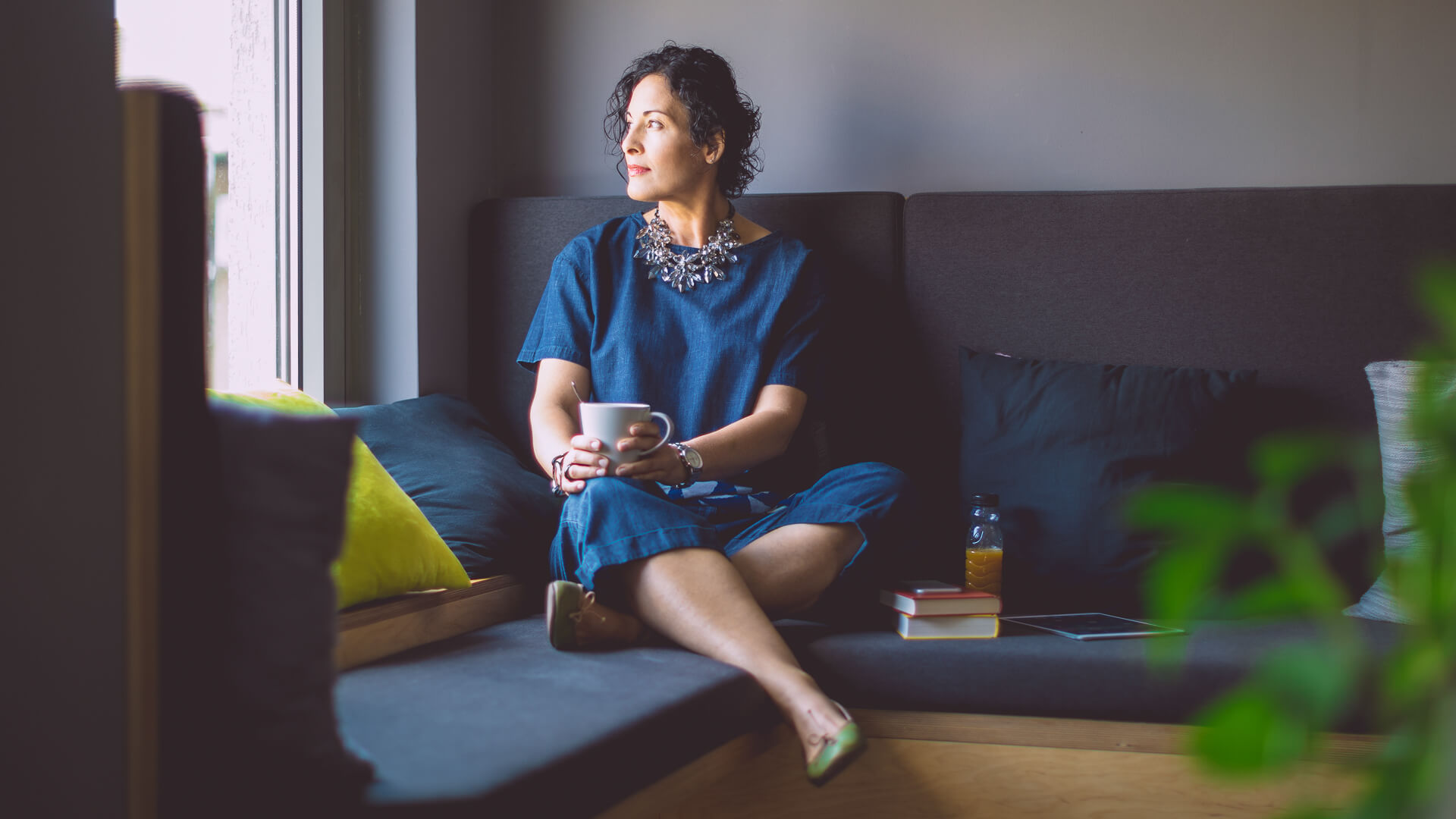 Americans who are part of Generation X — ages 39 to 54 — should be focused on saving for their retirement. However, a recent survey conducted by Schwab Retirement Plan Services found that many people in this generation are behind on retirement savings while juggling debt payments and other living expenses.

By understanding why they’re struggling to save for retirement, Gen X can get back on track to reach their retirement goals. 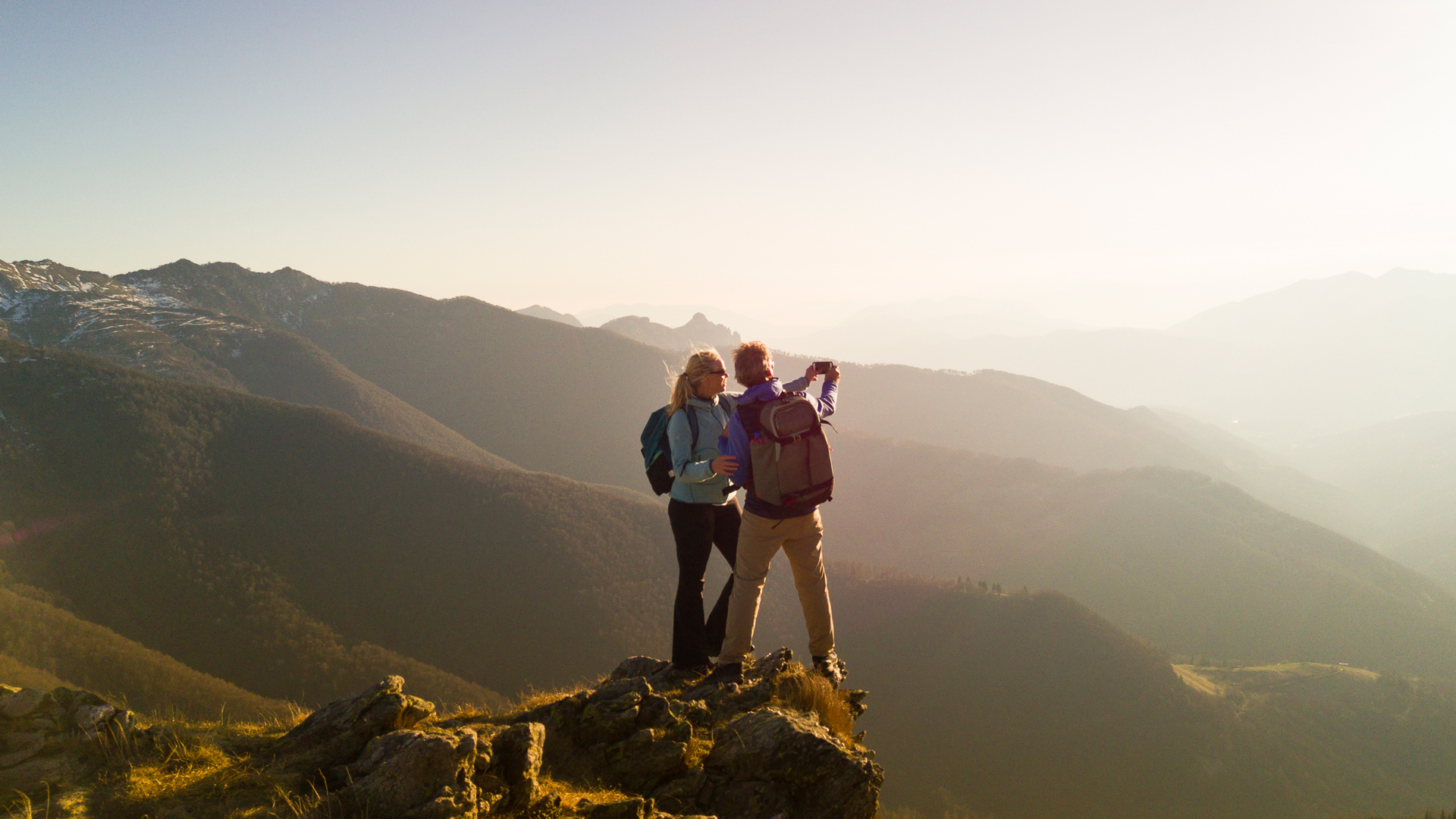 Nearly Half of Gen X Isn't Prioritizing Saving for Retirement

According to a Schwab Retirement Plan Services’ survey of 1,000 401(k) plan participants, 42% of Gen Xers are more focused on paying off debt than saving for retirement.

“For Gen X, the runway to retirement is getting shorter. So if they aren’t saving now, it will be even more difficult to catch up in their 60s,” said Nathan Voris, managing director of business strategy for Schwab Retirement Plan Services. “While we understand the pressures of paying off debt, Gen Xers need to make saving for retirement a top priority as well.” 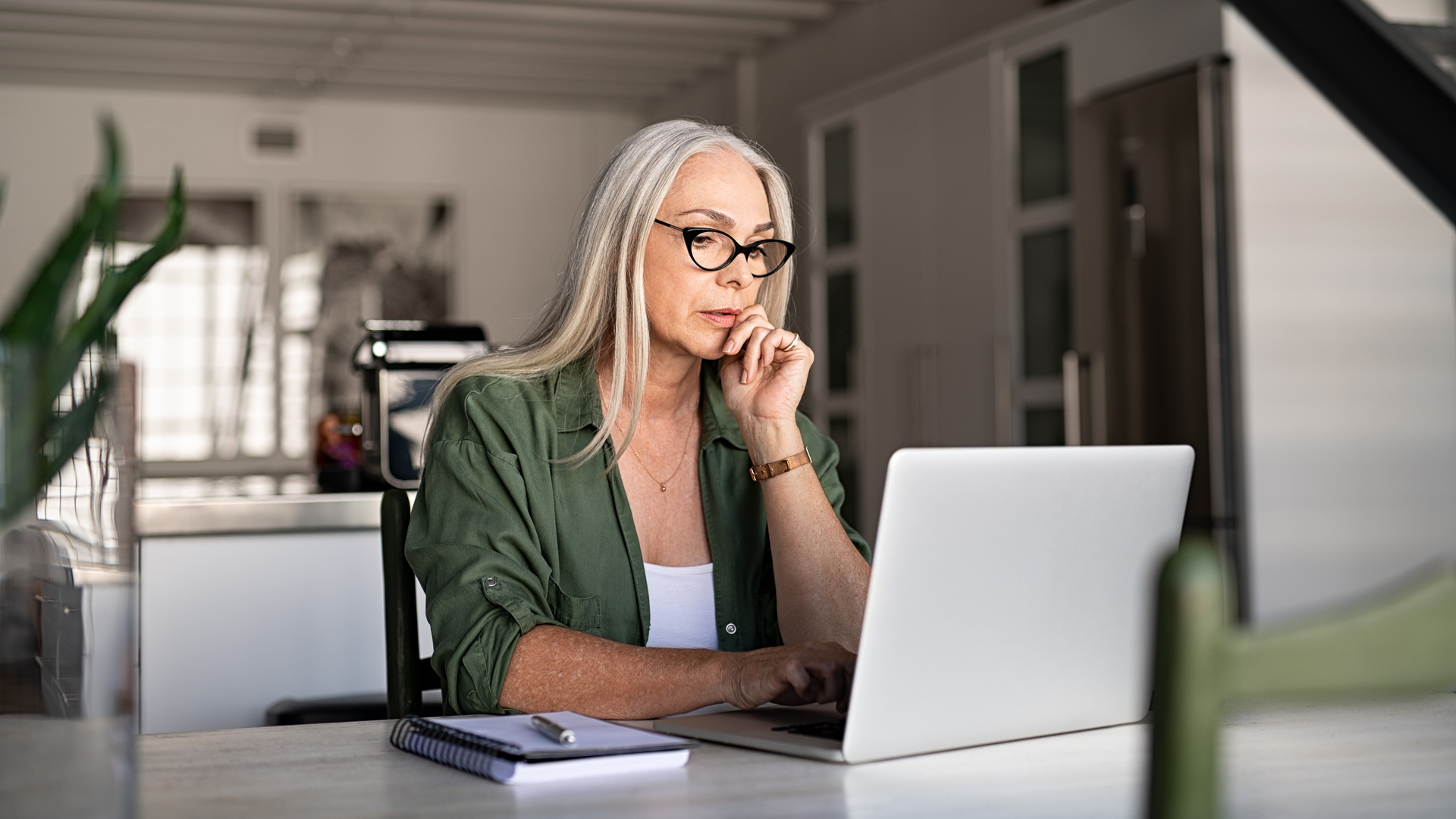 How To Do Both

Even if you’re focused on paying off debt, Voris said Gen X should still be contributing to their retirement savings — even if it’s only a small amount.

“At a minimum, Gen Xers should be contributing enough to their 401(k) to get any matching dollars available from their employers,” he said. “Passing up the match is like leaving money on the table.”

Related: Baby Boomers, Gen X or Millennials — Who Really Had It Worst? 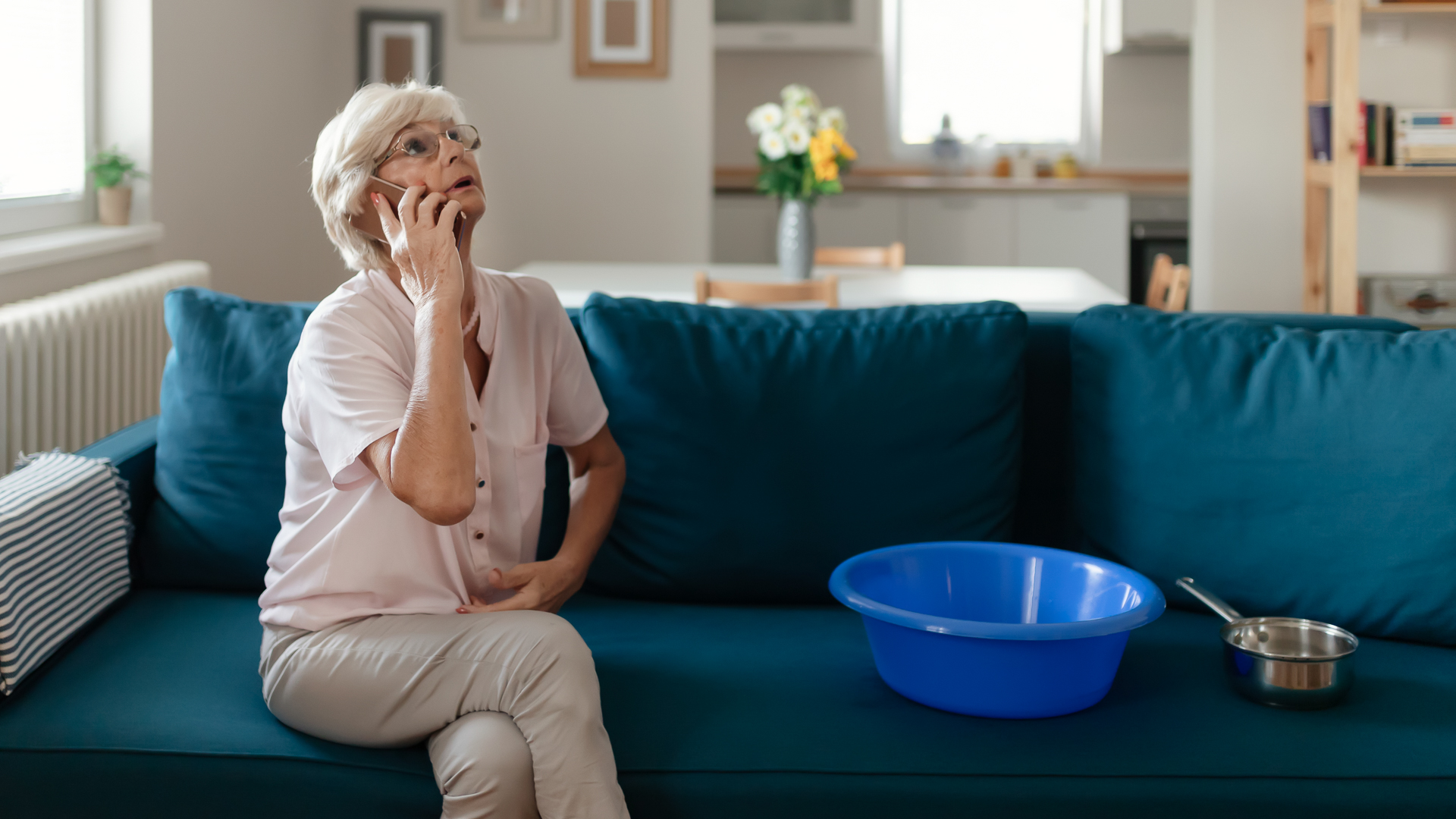 Schwab asked its 401(k) participants the factors that are preventing them from saving more for retirement. Gen X named unexpected expenses like home repairs as the No. 1 obstacle, with 38% saying this is one of their top barriers. The other top obstacles are credit card debt (31%) and needing money for monthly bills (29%). 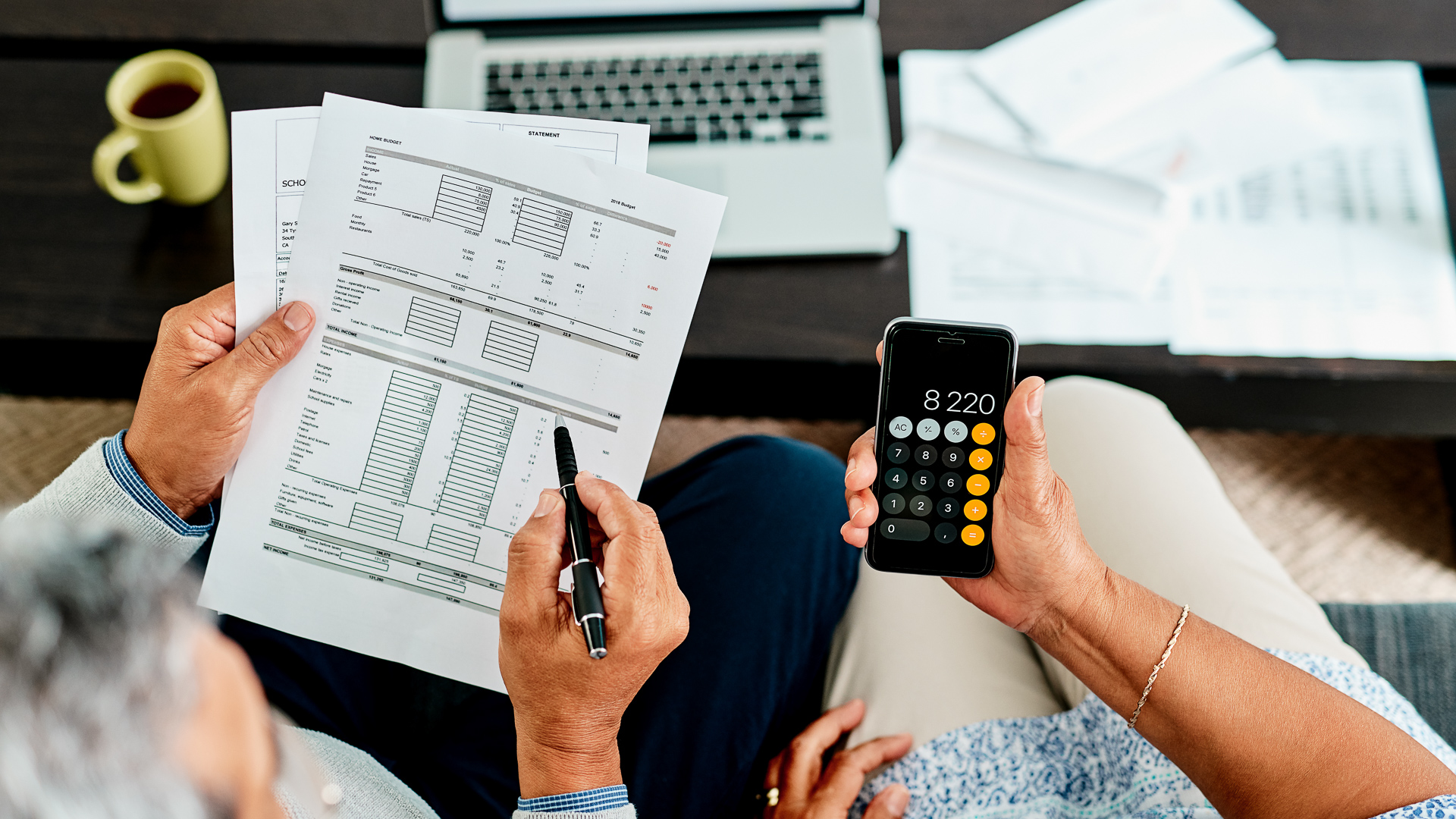 How To Prioritize Financial Obligations

Knowing how much to contribute to each financial obligation can be tricky.

“For Gen X, and all generations for that matter, retirement should be a top saving priority,” Voris said. “If money is tight, contribute at least enough to get any company match available in your 401(k). Then it’s time to tackle high-interest credit card debt before you focus on establishing an emergency savings fund.”

When you’re financially able to contribute to an emergency fund, Voris said to aim to have at least three months of living expenses saved.

“It can sound pretty daunting, but every step, no matter how small, is a step in the right direction,” he said. 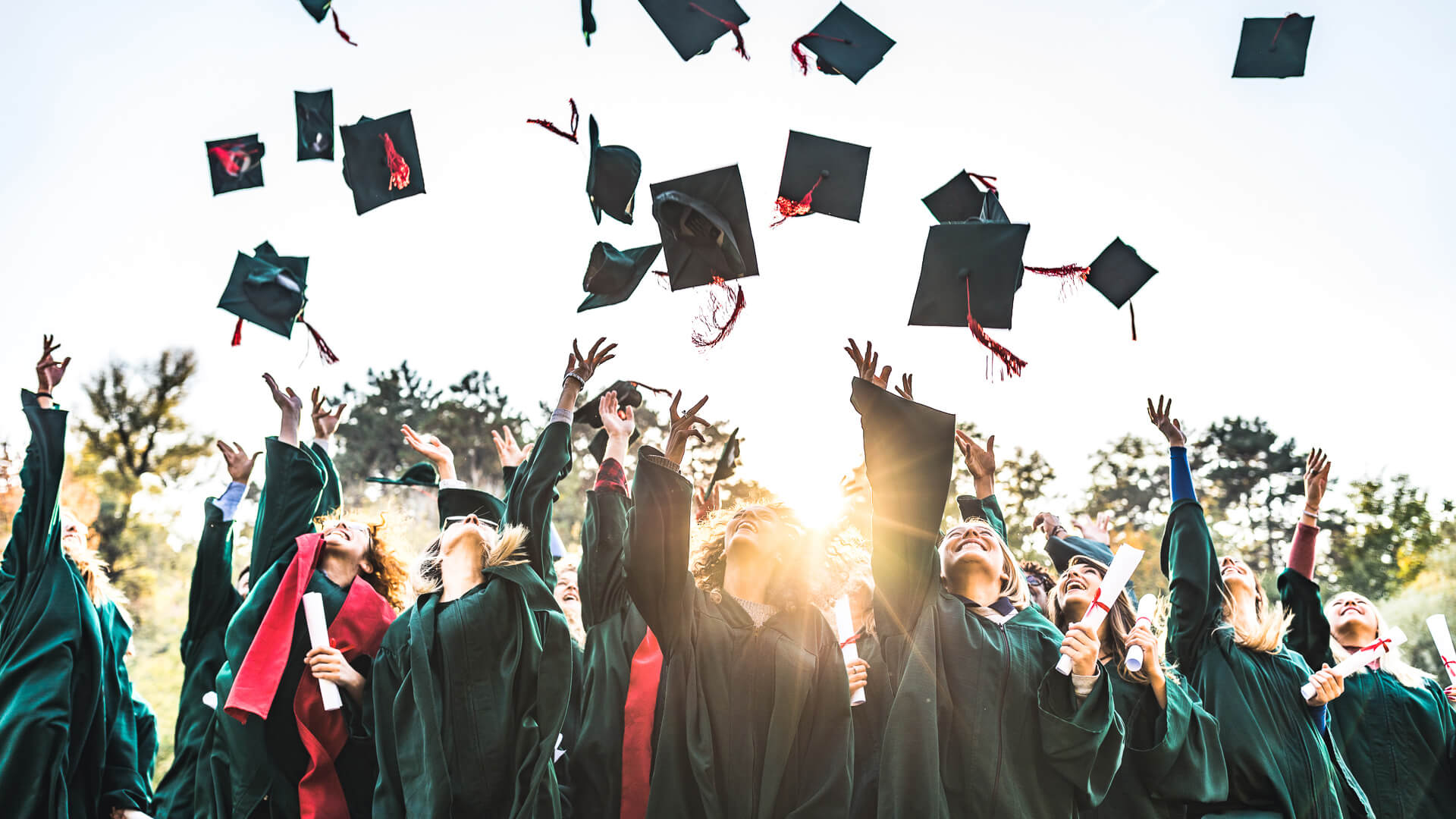 In addition to covering the necessities — unexpected expenses, credit card debt and monthly bills — 22% of Gen X is paying for their children’s education or tuition. 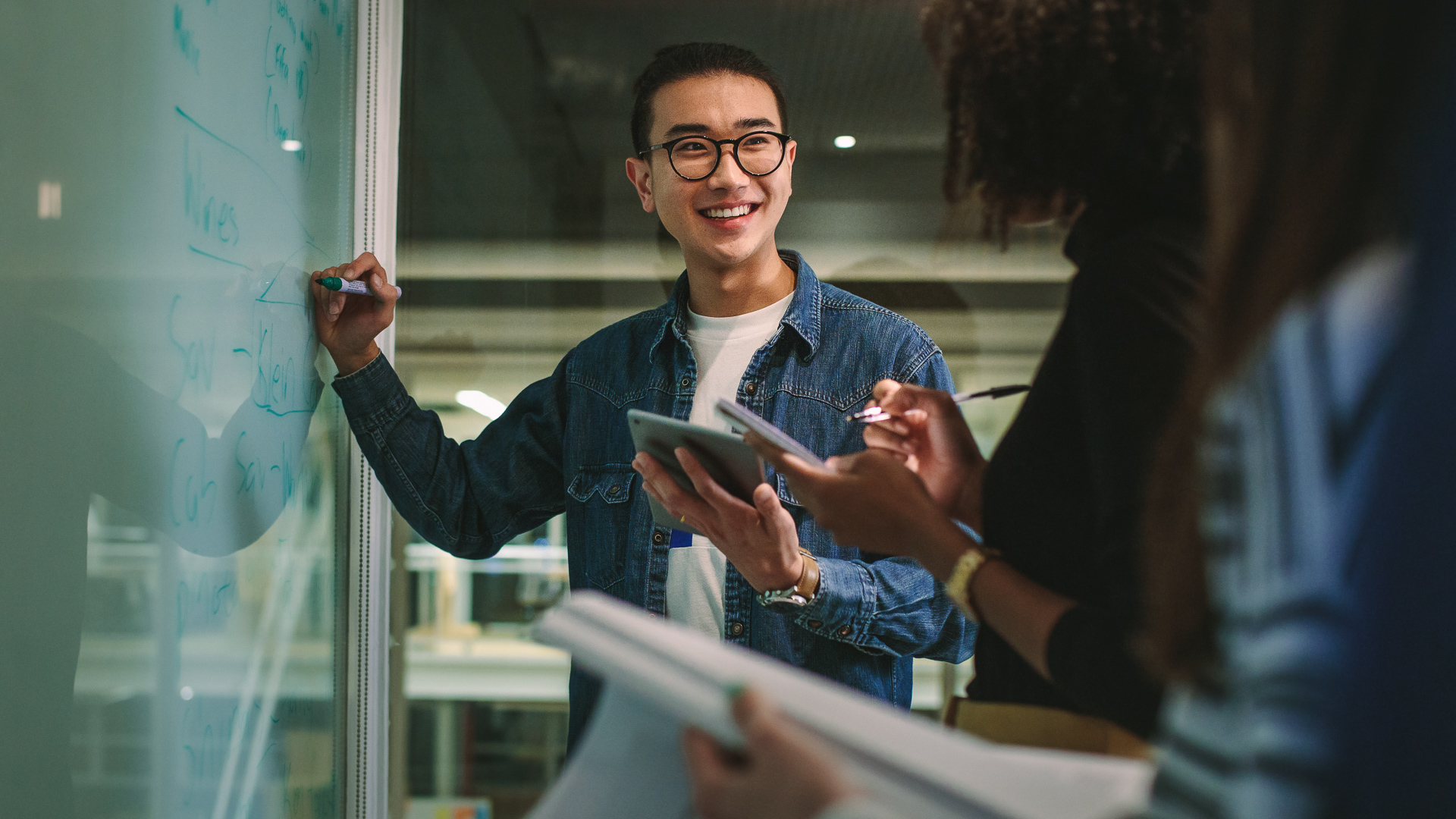 Why This Can Be a Bad Idea

Gen Xers might want to help their kids pay for college, but they should first consider the impact it has on their retirement goals, Voris said.

“They need to keep focused on their retirement savings even as college looms, because while there are plenty of options to help finance college, that’s not the case when it comes to funding your retirement,” he said.

Take Control of Your Finances: The Ultimate Financial Planning Guide 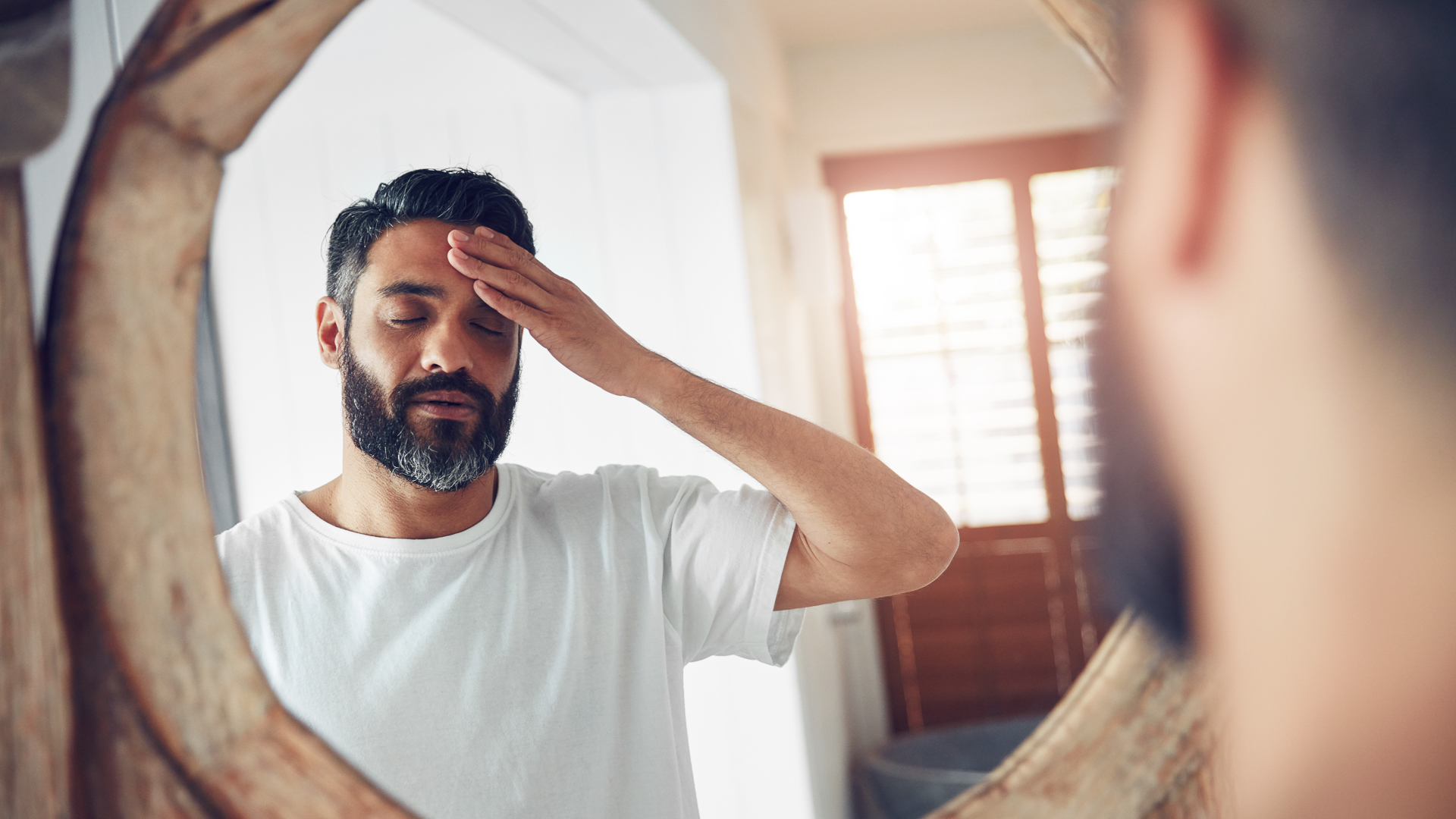 Retirement Is Stressing Gen X Out

Saving for retirement is the top source of money-related stress for Gen X, with 40% saying this stresses them out, according to the survey. 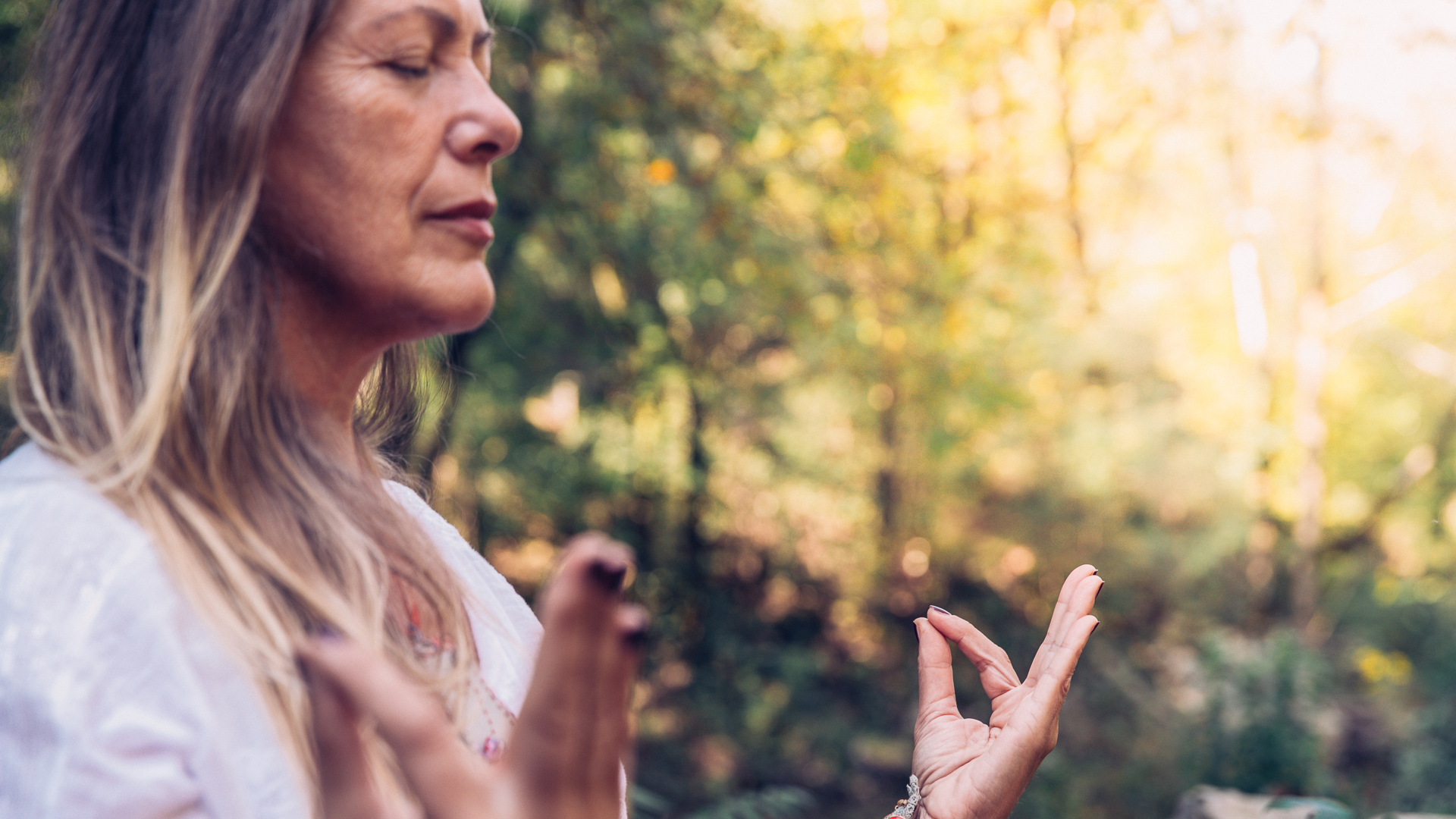 How To Stress Less About Saving for Retirement

If you’re a Gen Xer who’s feeling overwhelmed about saving for retirement, clearly you’re not alone. But there are things you can do to alleviate this stress.

“There are concrete steps that members of Gen X can take to address some of their financial burdens and money stress while still making space for retirement savings,” Voris said. “Much of this comes down to prioritizing, asking for help and getting a solid plan in place. Many 401(k) plans offer some form of personalized financial advice that can help you not just with retirement planning, but with a more holistic approach to your finances as well.” 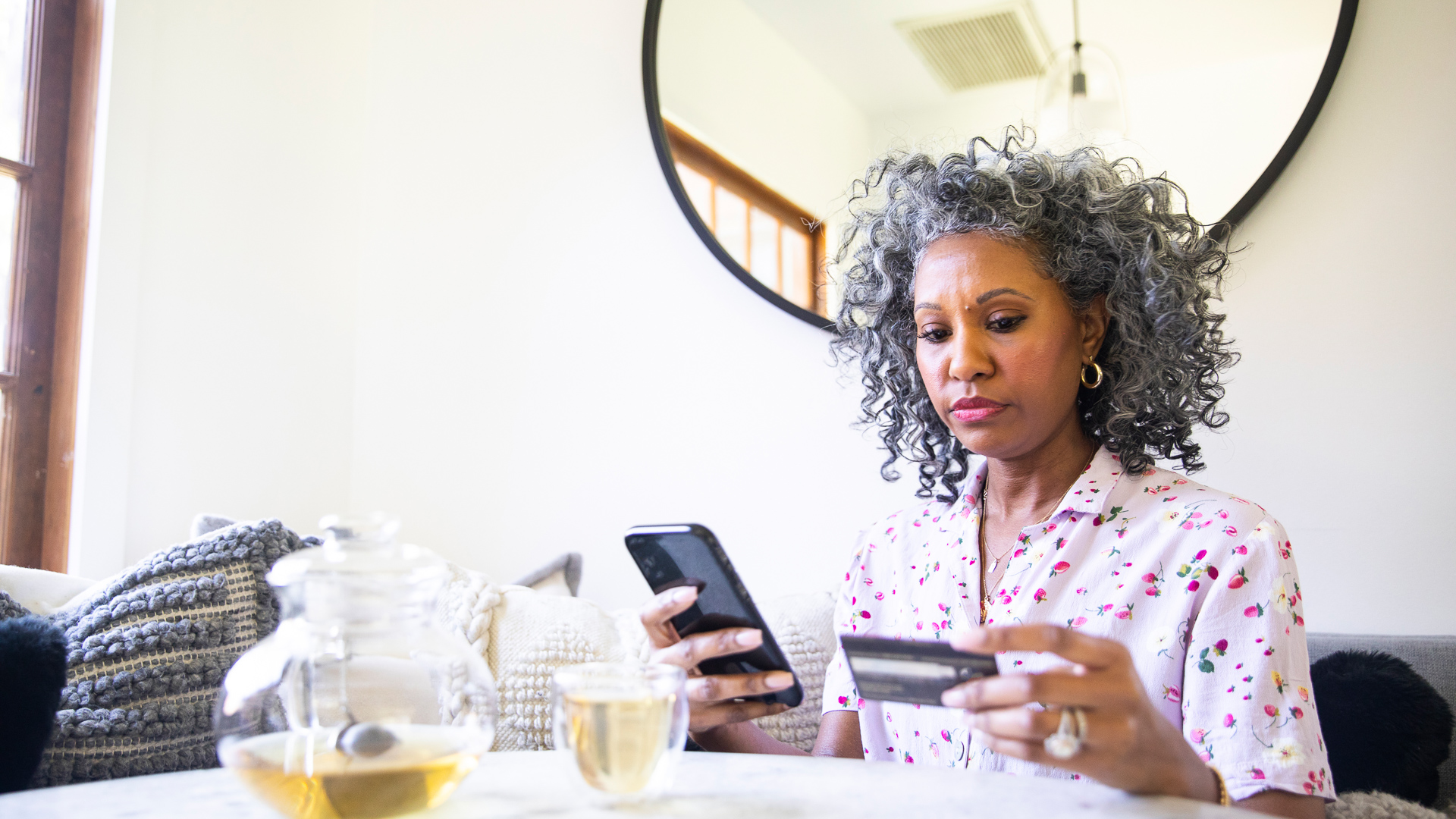 After saving for retirement, credit card debt is the biggest money-related stress for Gen Xers. Twenty-seven percent said this is a top stressor for them, likely because this generation is heavily reliant on credit cards — and with good reason.

“Gen X is literally caught in the middle, with many caring for both children and elderly parents,” Voris said. “Between tuition payments, eldercare expenses and out-of-the-blue costs like home repairs, it’s not surprising that many Gen Xers are relying on credit to deal with these challenges.”

This isn’t always a bad idea, but it can be risky.

“Using credit to bridge gaps can be the right choice in some situations,” Voris said. “The risk comes when credit card debt keeps building without a plan to keep it in check and under control.” 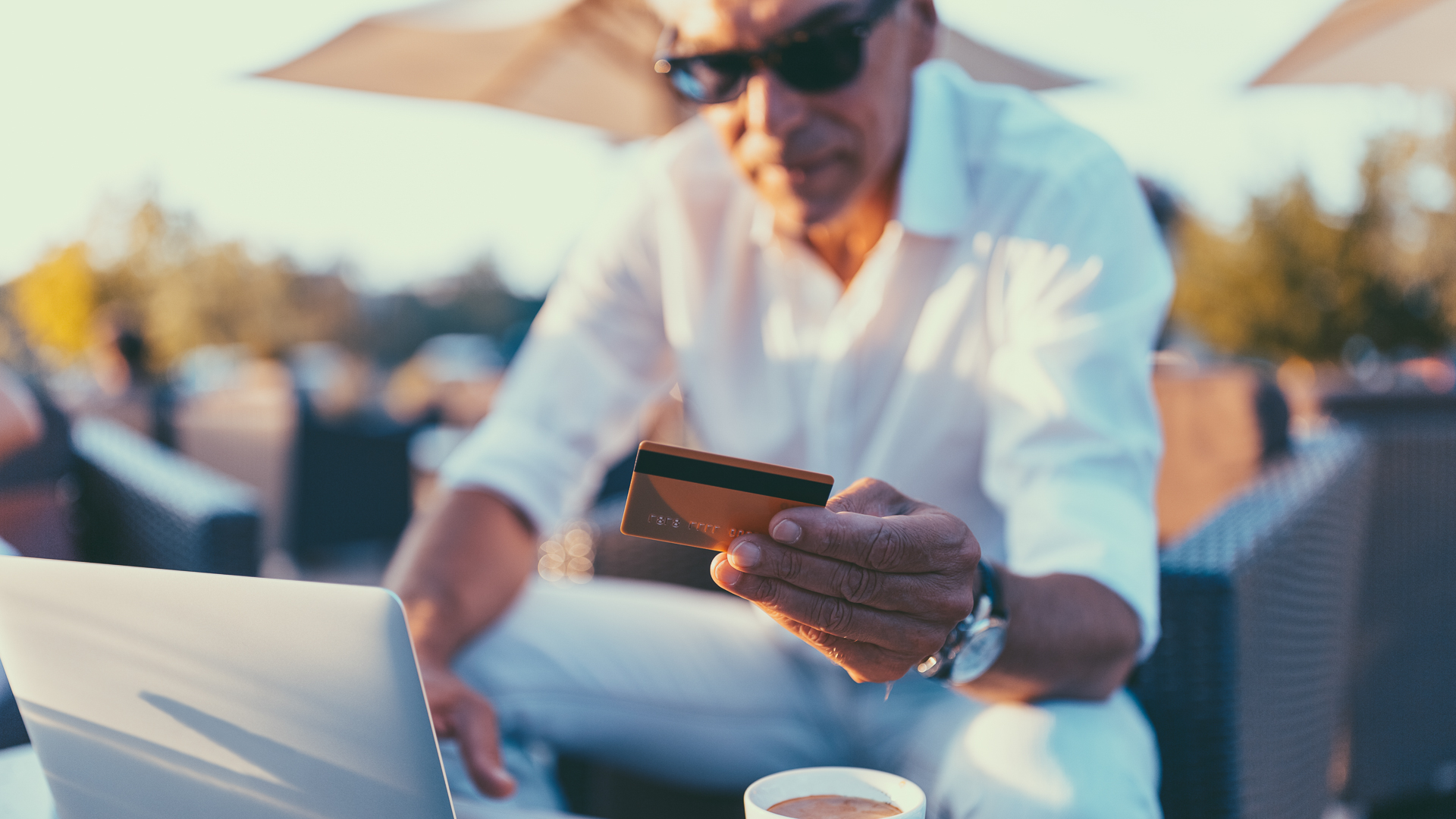 How To Pay Down Credit Card Debt

Paying down credit card debt — and eliminating it entirely — can be daunting, but it’s certainly not impossible.

“As with all things personal finance, having a strategy is the best place to start,” Voris said. “For many folks, that simply begins with being aware of your card activity, and, of course, reducing unnecessary spending on the cards wherever possible.”

Next, come up with a repayment plan.

“In terms of payments, prioritize cards with the highest interest or other fees attached,” he said. “Try allocating money from other lower-priority areas to pay at least some of the principal down as well as the interest each month. There may also be other card providers willing to do a balance transfer and offer a lower interest rate. But do your research or seek guidance on that kind of move first.” 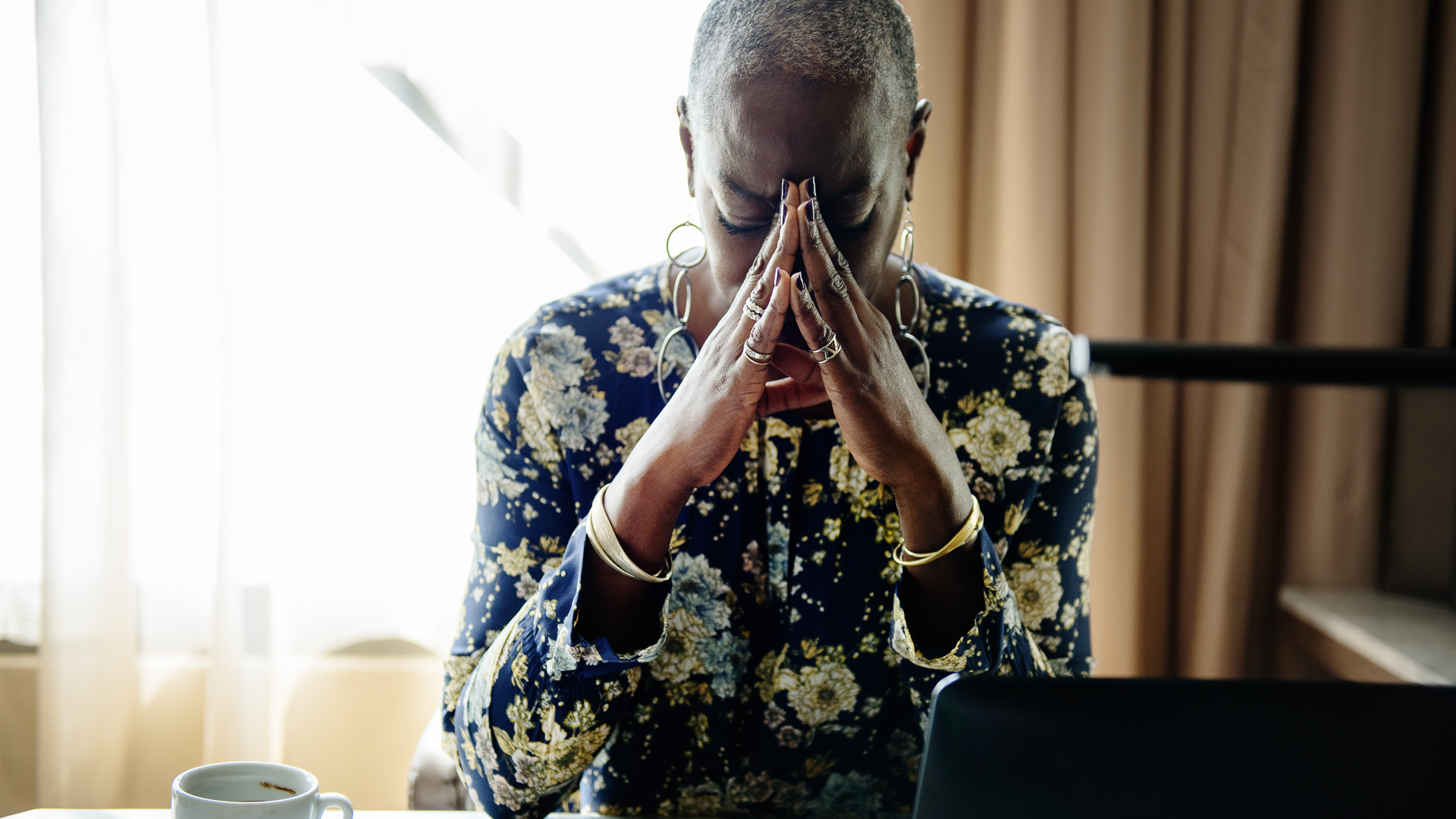 Nearly a Quarter of Gen X Is Stressed About Living Expenses

Keeping up with monthly expenses is another top money stress for Gen X, with 23% saying this is a stress for them. Voris said a major factor in this is Gen X’s role as the “sandwich generation,” the generation that’s financially taking care of parents and children at the same time.

“They are burdened by debt and trying to save for the future but bogged down by competing financial obligations in the present,” he said. “Are some members of Gen X living beyond their means? There’s a portion of people in every generation that live beyond their means. But for many Gen Xers, they are juggling multiple financial pressures that are causing them stress.” 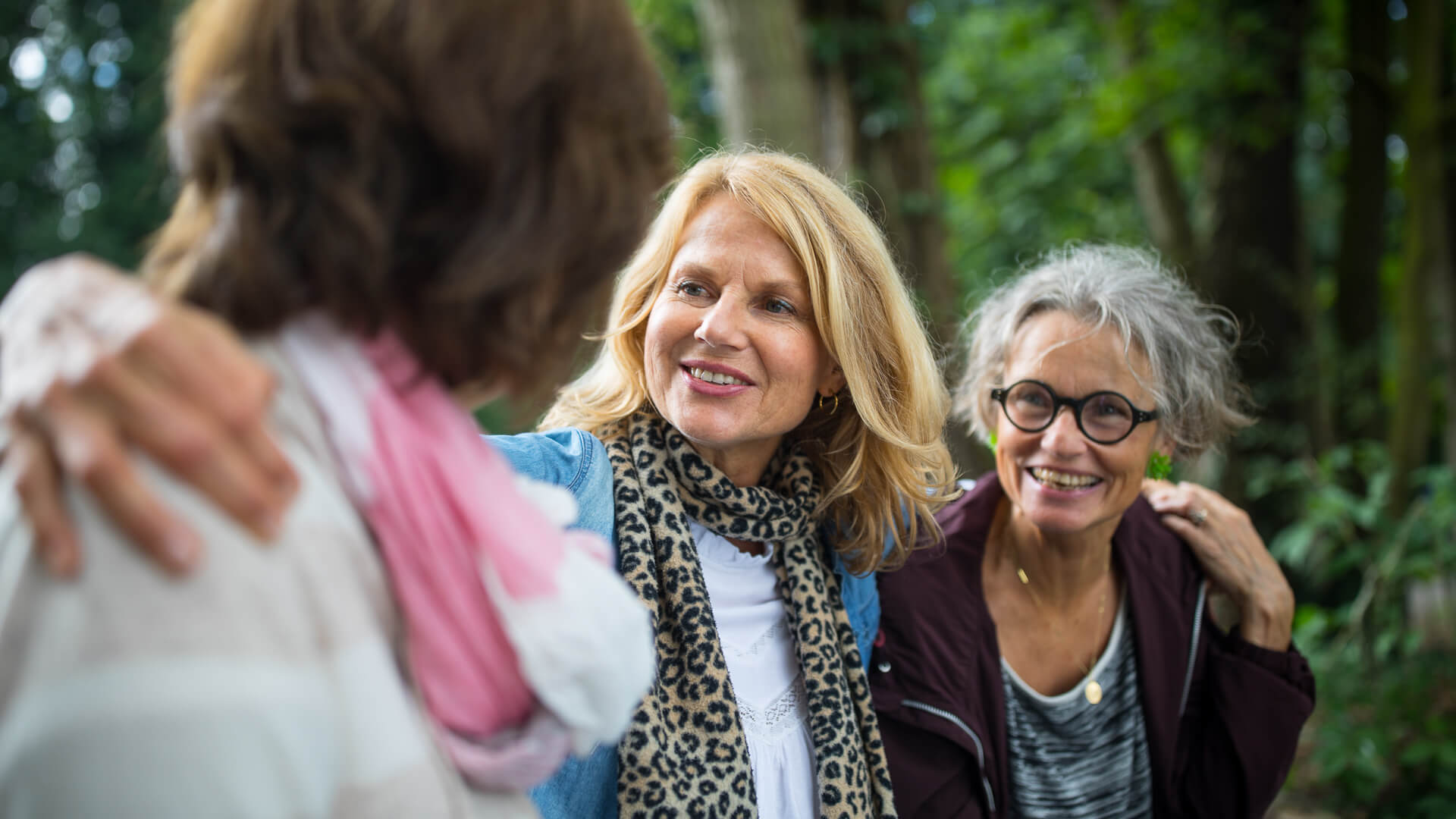 What To Do When You Feel Overwhelmed by Money Stress

There’s no shame in getting professional advice if you’re struggling to balance multiple financial obligations at once.

“We always encourage people to ask for help so they can build a financial plan that makes retirement a priority, while helping to tackle the competing financial burdens that Gen Xers, in particular, need to balance,” Voris said. 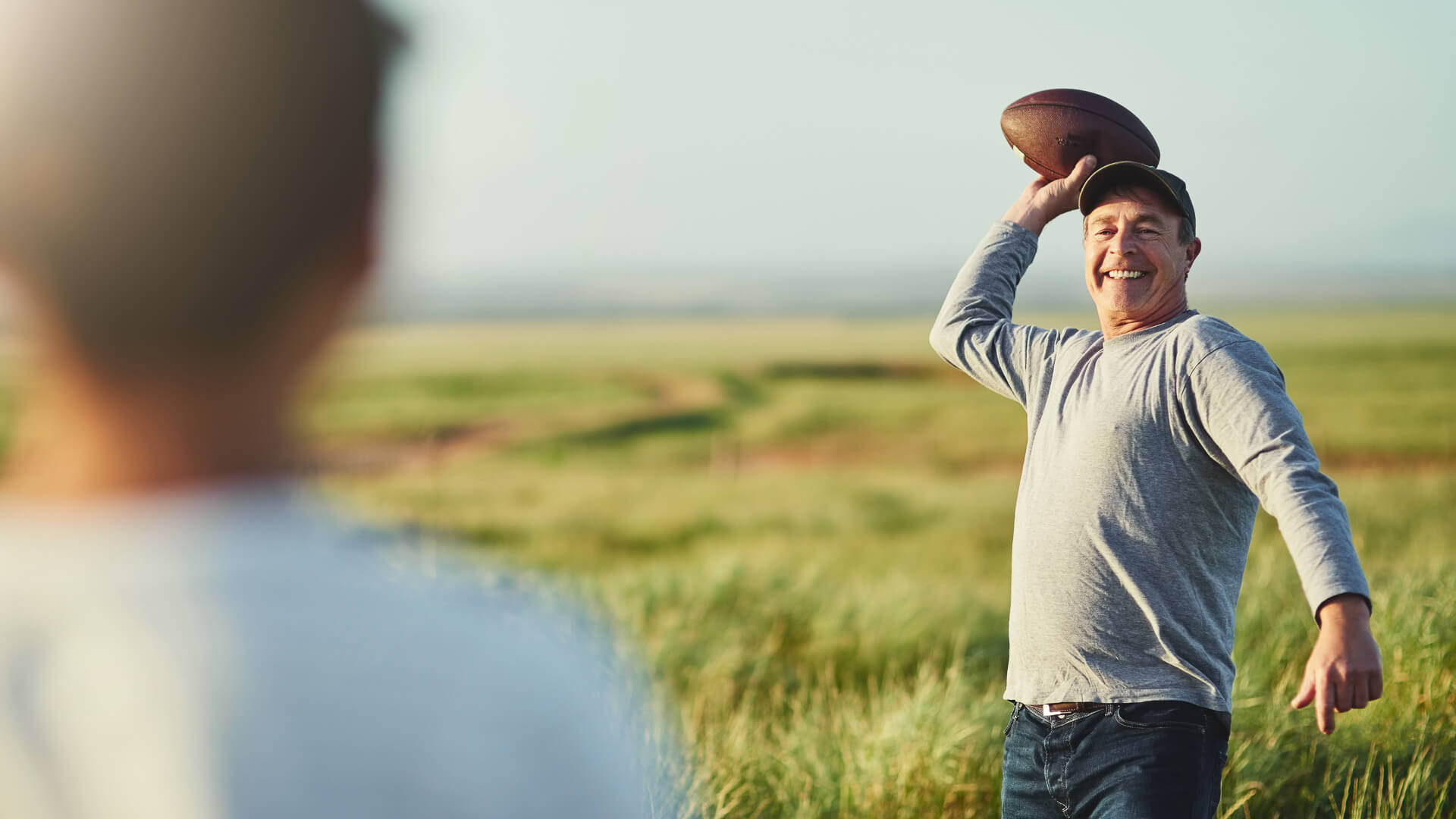 Many Gen Xers Who Struggle Do Still Contribute To Retirement Savings 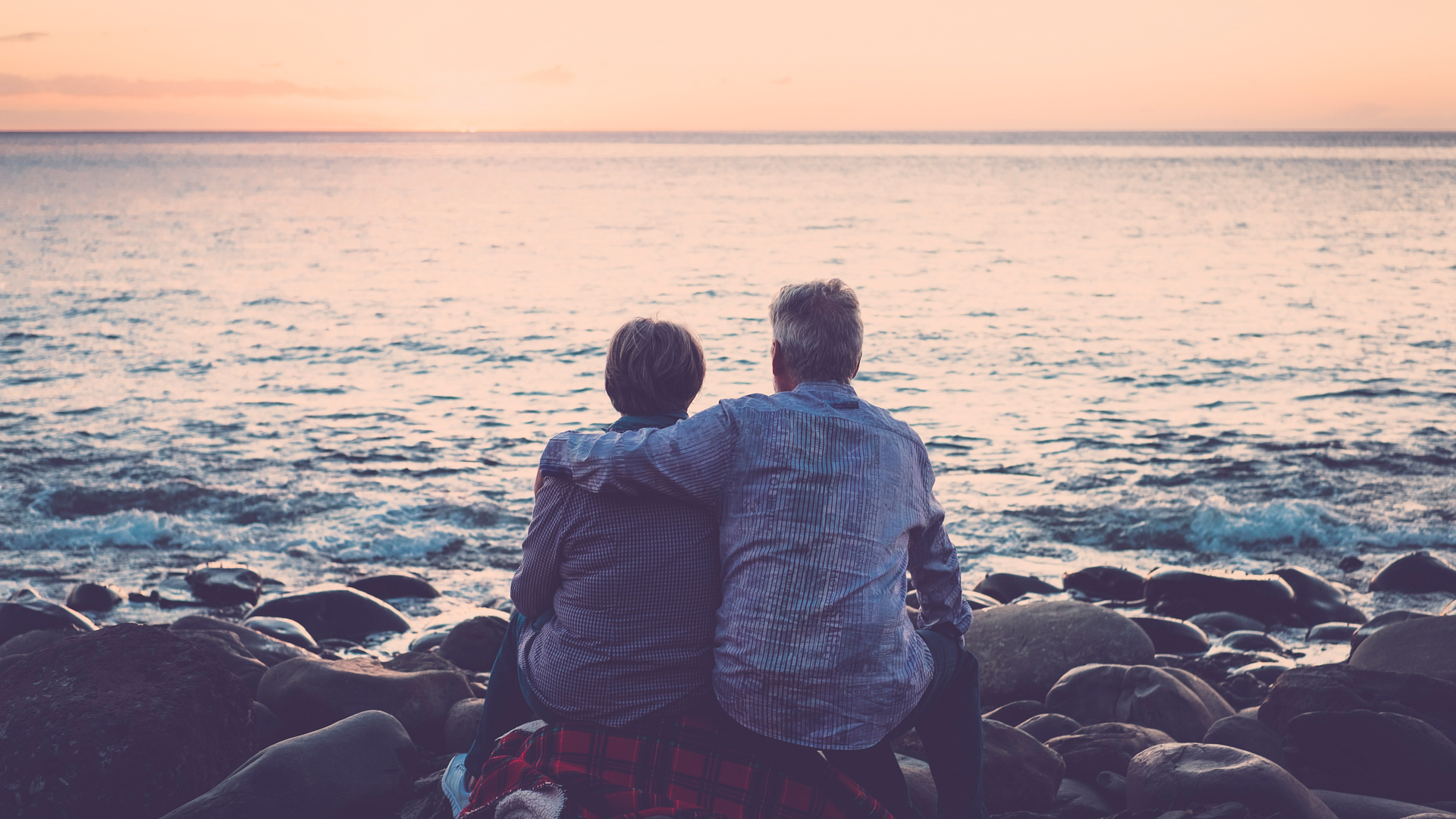 Voris said everyone should at minimum be contributing whatever matched dollars their company offers, but this probably won’t be enough to retire on.

“Many companies set their matches around 3% to 6% of your salary, and contributing only up to that amount likely won’t get anyone to their long-term goals,” he said. “That’s especially true if you don’t start saving until your 40s. It’s important to remember that when investing for retirement, thanks to compound interest, the longer money is invested, the more time it has for potential growth. If you start investing at a younger age, you’ll likely be fine saving a lower percentage of your salary — say 10% to 15% — but if you wait until your 40s, you’ll need to be much more diligent.”

Get Started: 20 Ways To Save Money Fast 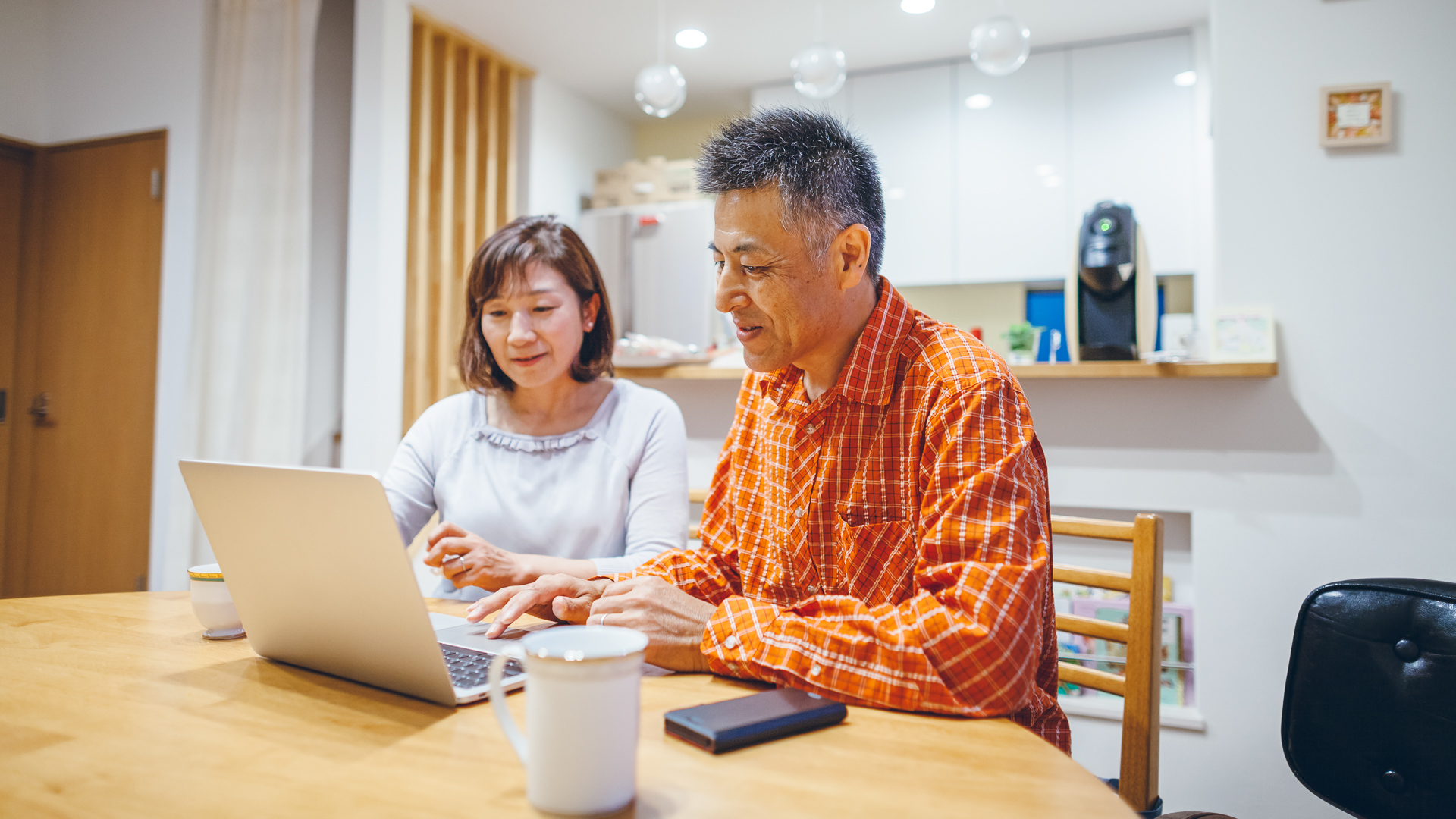 Although many Gen Xers are contributing to 401(k) plans, not everyone is treating it as a long-term savings vehicle. The Schwab survey found that 31% of Gen Xers have taken a loan from their 401(k), and more than half of those borrowers (61%) have done so more than once. 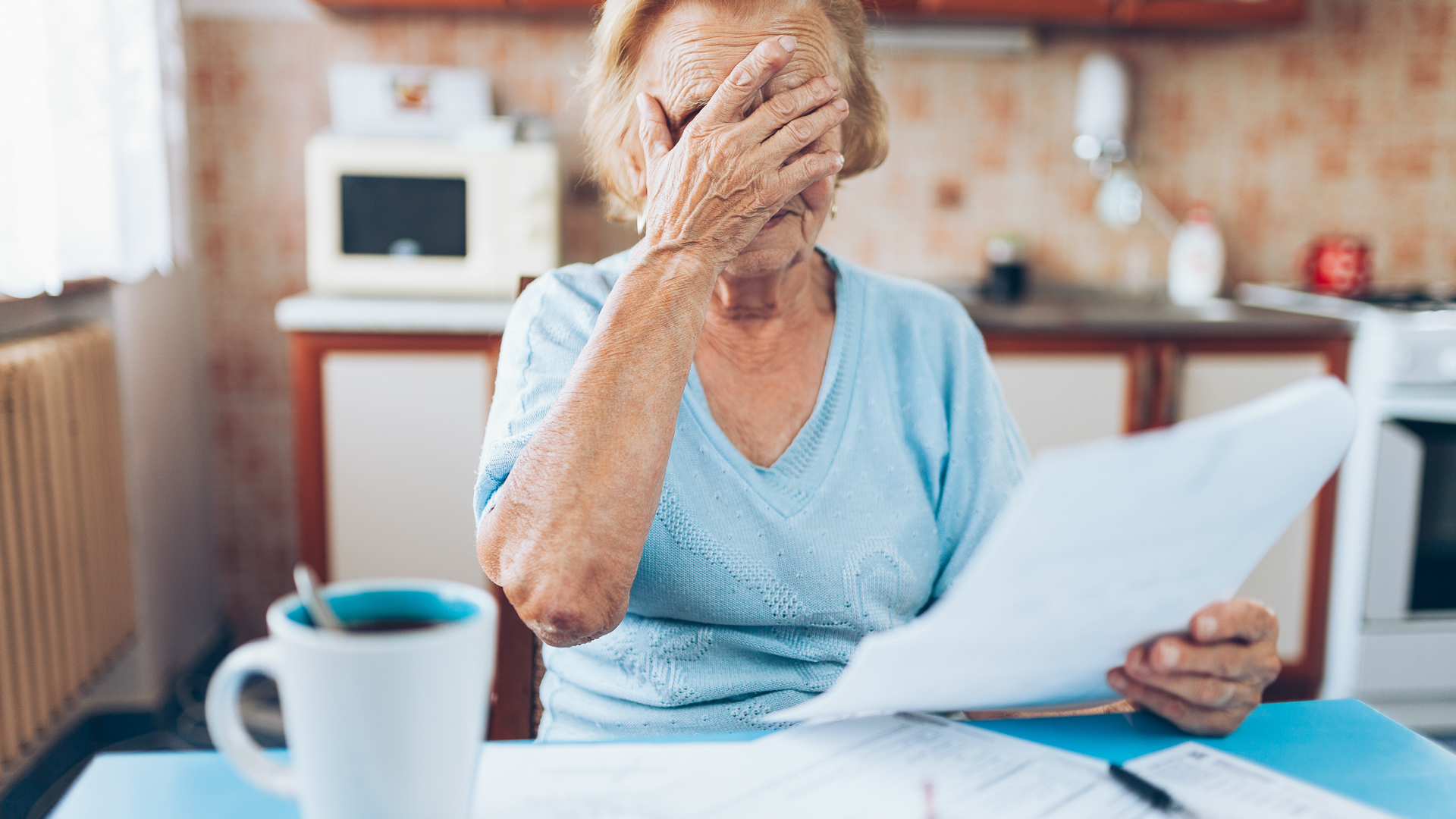 If you take out a 401(k) loan, it might seem necessary at the time. But it’s important to weigh the positives and negatives first.

“Generally speaking, borrowing from a 401(k) should be a last resort because there can be long-term financial consequences in doing so,” Voris said. “Many borrowers who have an outstanding 401(k) loan stop contributing to their 401(k), which sets back their savings efforts. There are also tax implications to consider; 401(k) loans are repaid with after-tax money, which is then taxed again when the money is withdrawn in retirement.”

It also puts you at financial risk if you part ways with your employer.

“Typically, if the borrower leaves or is let go from their job, they will have to pay the loan back within a few months or pay income tax, and likely a 10% penalty on the remaining loan balance,” Voris said. 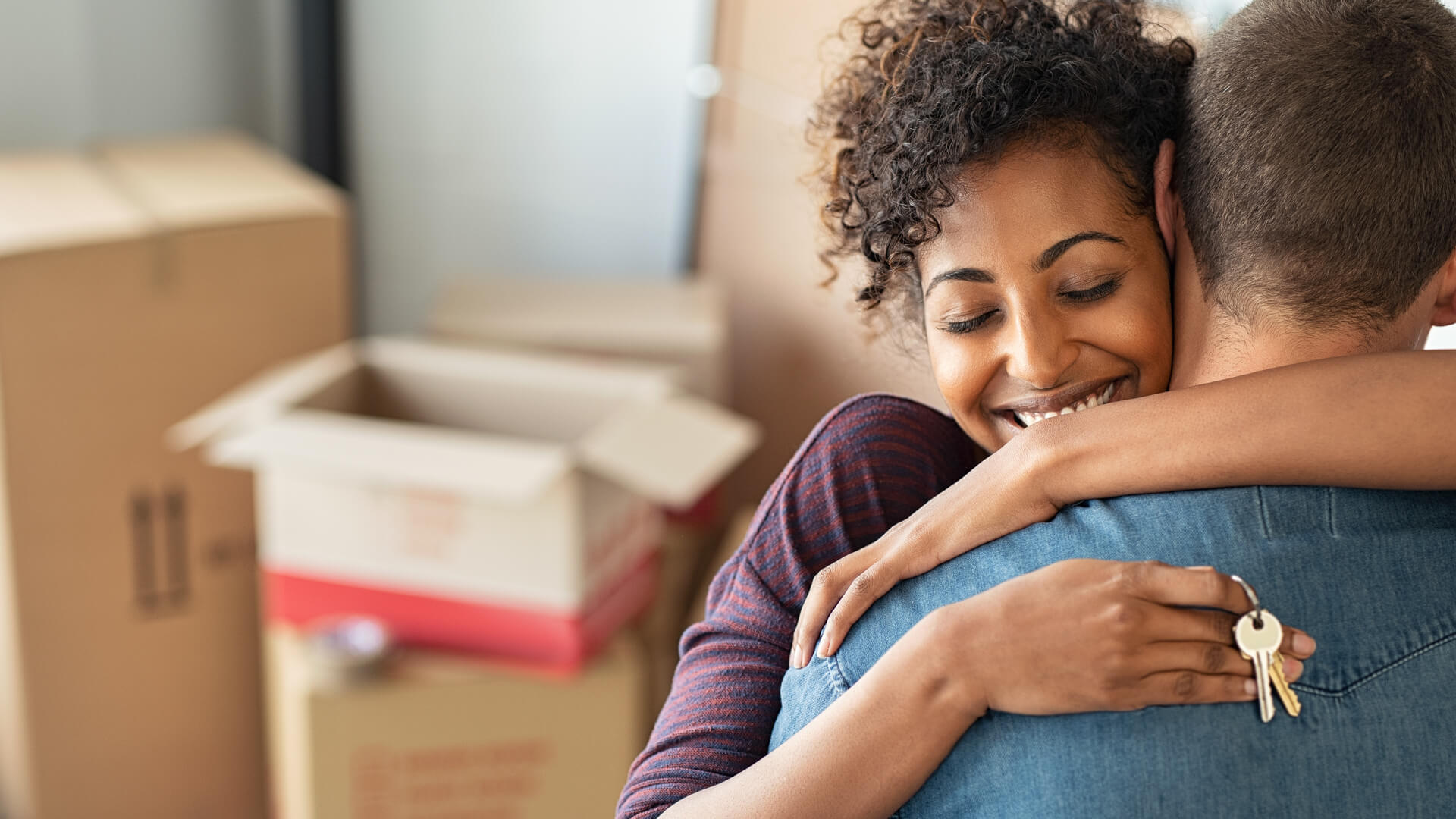 When Taking Out a 401(k) Loan Makes Sense

Although 401(k) loans should be a last resort, Voris said that taking one out is sometimes warranted.

“There are instances in which taking a 401(k) loan would make sense, such as being in serious financial need, paying down high-interest debt or making a down payment on a home when there are no other financial resources to pull money from,” he said. “One of the advantages of borrowing from your own 401(k) account is that it’s a much simpler process than applying for an external loan. In addition, when paying it back, you are paying the principal and interest on the loan to your own account.”

“If you do borrow from your 401(k), it’s important to have a solid plan in place for paying back the loan in a timely way to mitigate the potential negative consequences,” Voris said. 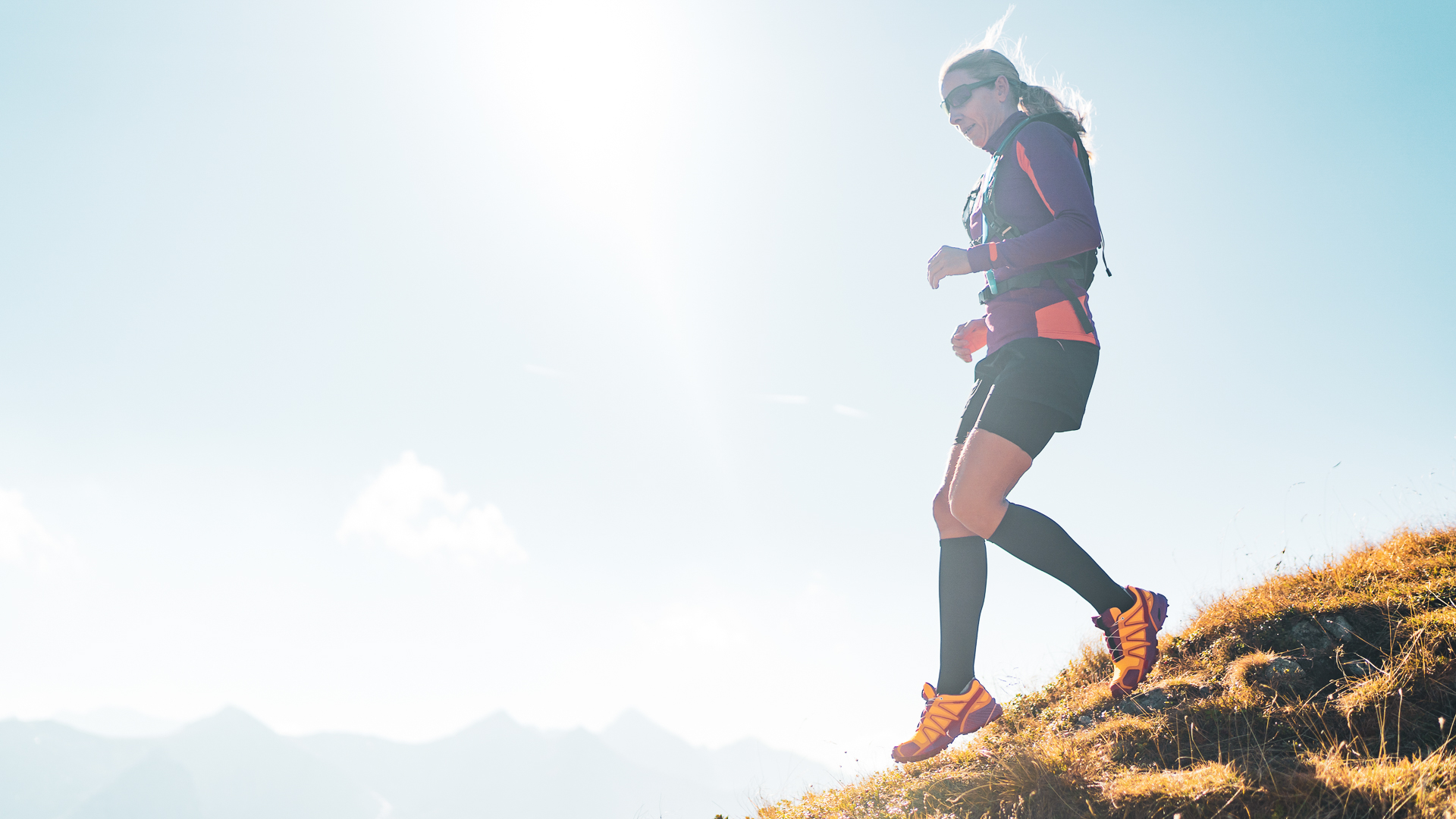 How Gen X Can Overcome the Financial Squeeze

Gen X faces burdens that other generations do not.

“Gen X is aptly named the ‘sandwich generation’ because they, more than baby boomers and millennials, are facing the time in their lives when they may be providing financial support for their children as well as aging parents,” Voris said.

These obligations come on top of the need to pay off debt, save for retirement and manage everyday expenses, too. Fortunately, there are steps this generation can take to help tackle their financial issues:

And, as Voris said, working with a professional to build a financial plan can help alleviate money stress and keep you on track toward meeting money goals.