Here’s How Unemployment Will Look in 2020 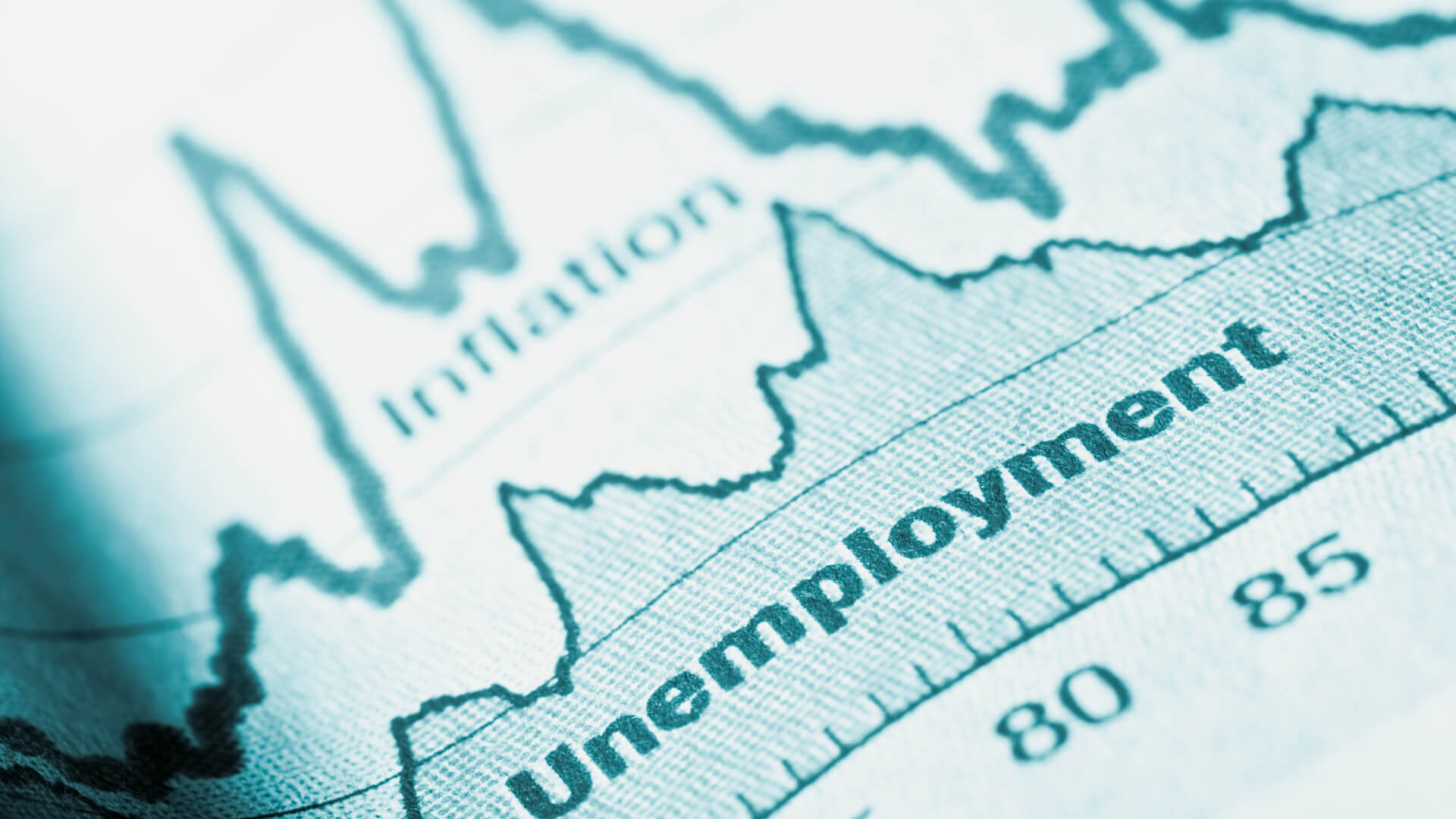 In a global marketplace, the unemployment rate in one country can affect the economy in others across the world. Although jobless rates can occasionally be too low for a country to flourish, economies are usually strongest when fewer people file for unemployment or claim unemployment benefits. No one can predict the future, but economists and other experts have developed reliable models for anticipating worldwide economic trends.

GOBankingRates used data from statistics and information site Knoema to identify current unemployment rates in key countries around the world and projections for where they’ll be in 2020.

Here are future changes to unemployment you need know. 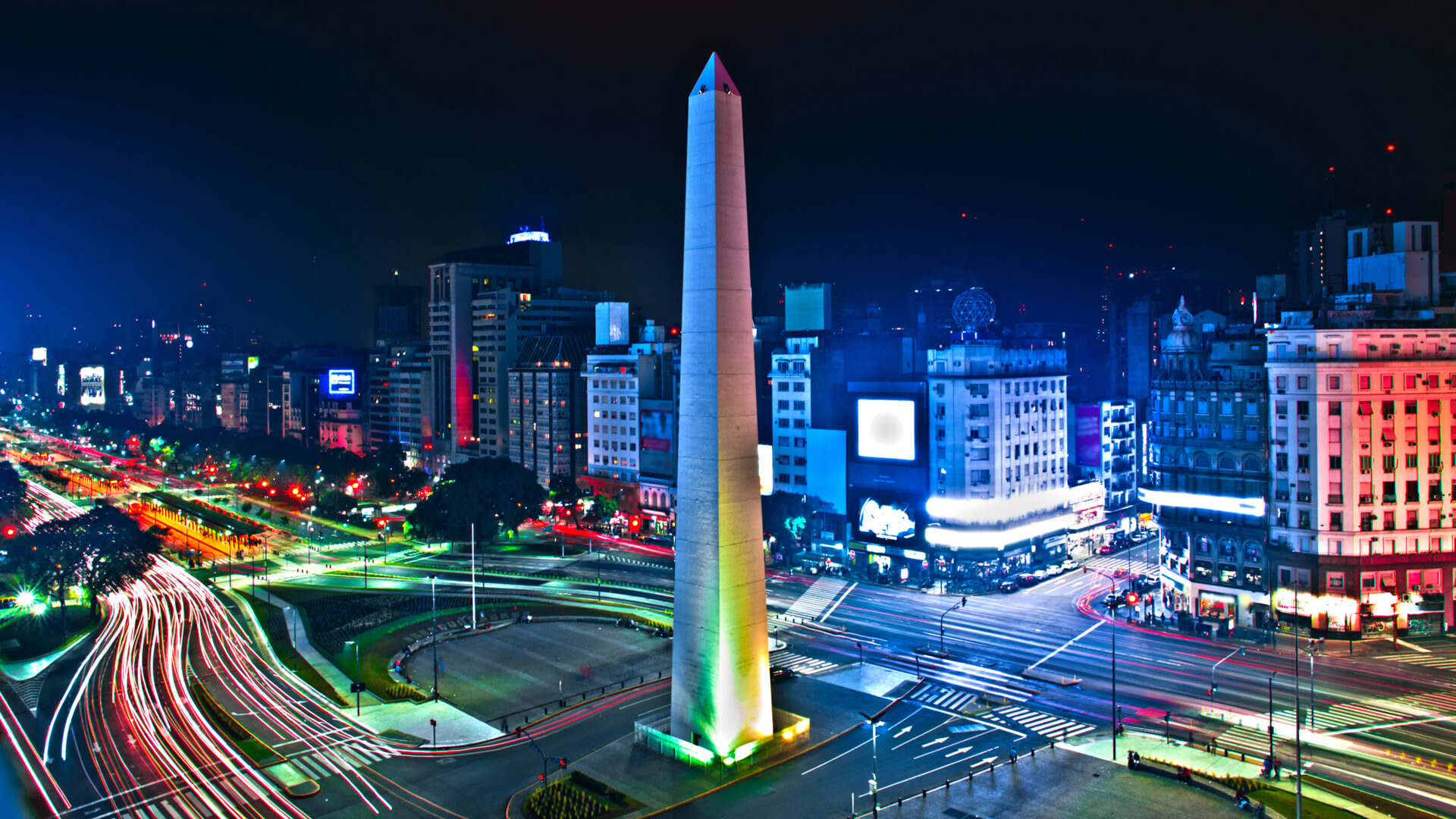 In the fourth quarter of 2016, Argentina’s unemployment rate stood at 7.6 percent, which was down from 8.5 percent the previous quarter, according to the South Atlantic News Agency. That decrease was not attributed to good economic news but rather to large groups of unemployed Argentinians abandoning their job searches. Although the country has been plagued by a serious recession, there are signs of light on the horizon — the unemployment rate there is expected to dip below 7 percent by 2020.

Here are the best and worst states in the U.S. for unemployed job seekers. 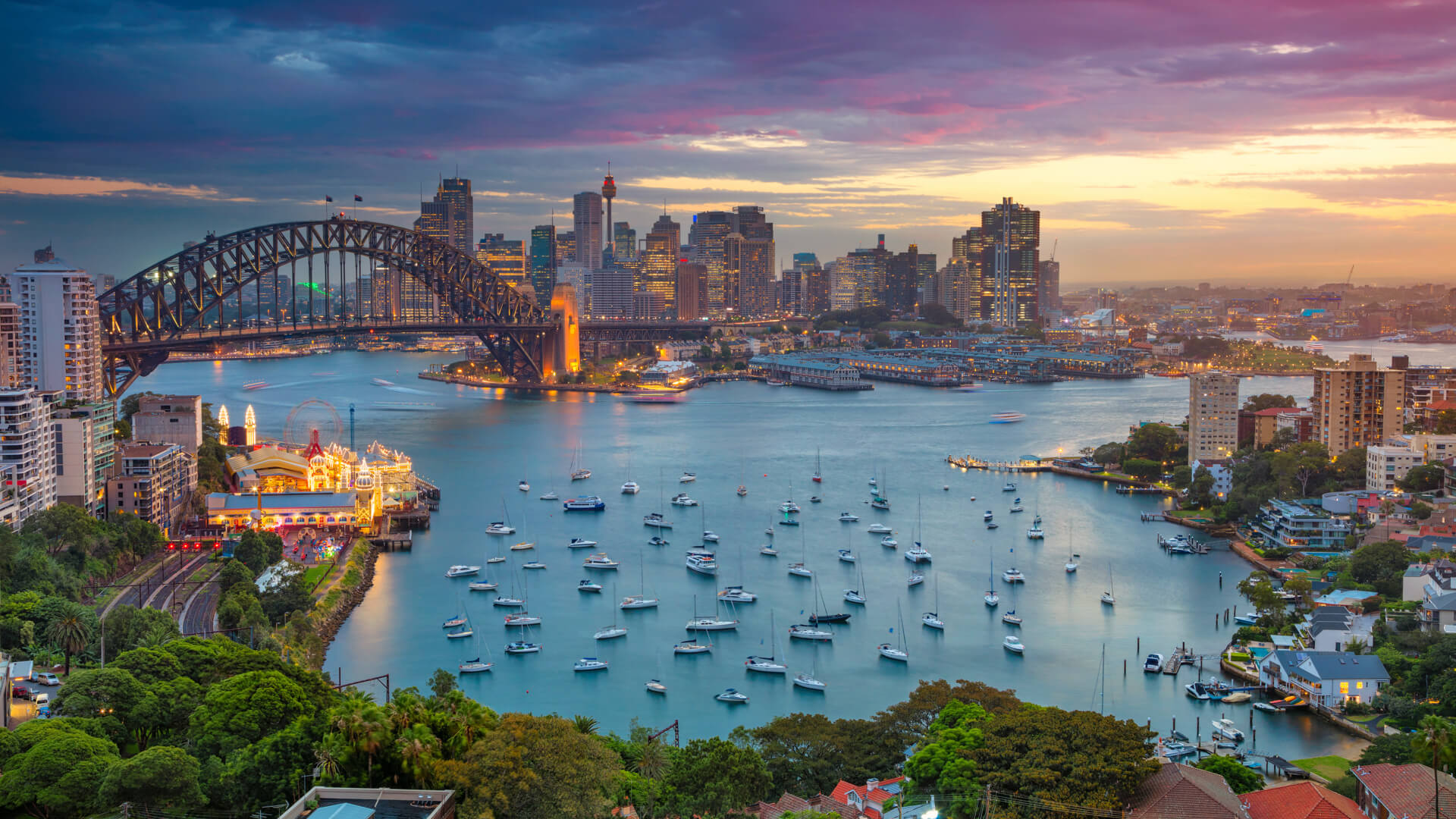 In 2017, the Sydney Herald reported that Australia is expected to ride a global wave of economic growth through 2018, which will spur expansion and reduce unemployment. Australia’s economy is likely to grow at a rate of 3 percent as GDP picks up in 2018. Although income inequality and other foundational problems persist, the surge in growth is expected to push unemployment in Australia below 5 percent by 2020.

Related: The Best City in Every State for a Successful 2018 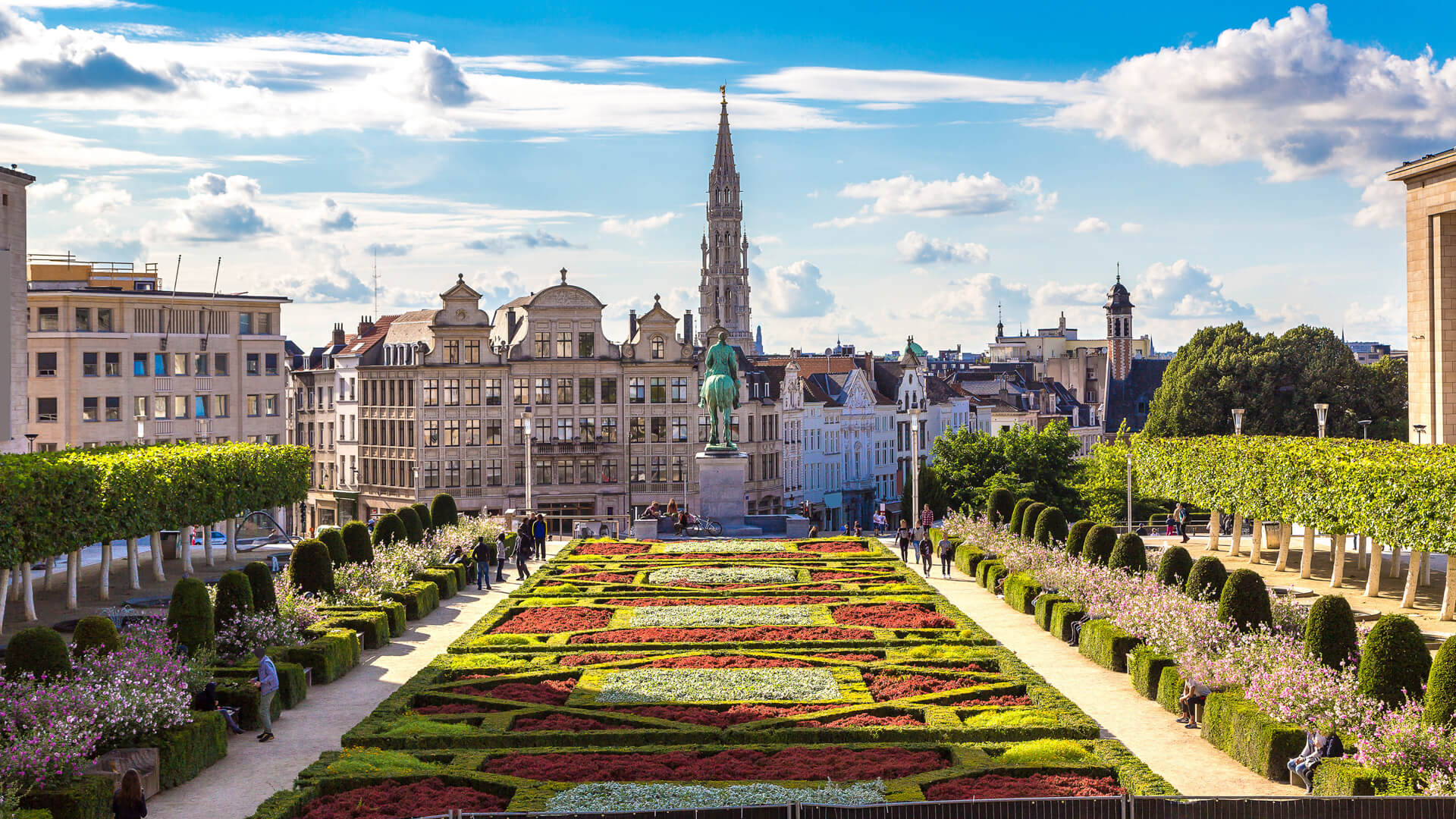 According to a recent report by the Organisation for Economic Co-operation and Development, Belgium’s economy experienced increased growth in 2017. Those gains are expected to stabilize this year and in 2019, which is likely to result in a slight reduction in unemployment. Both the banking and financial sectors are strong, according to the report, but inflation is likely to rise thanks to increased wages and a tightening job market.

Must-Read: 13 Highest Paying Bank Jobs You Can Get 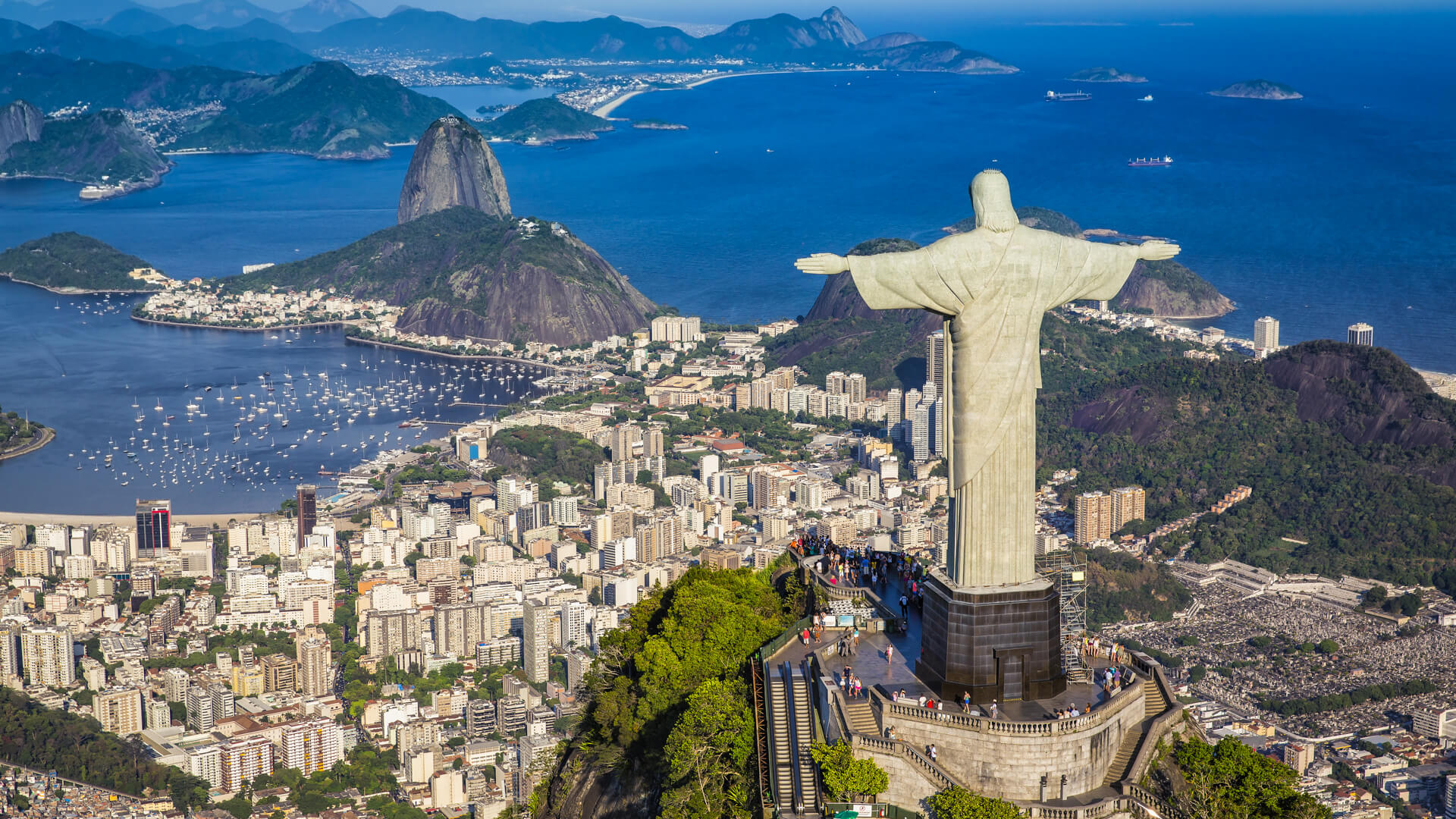 By June 2017, more than 14 million Brazilians were out of work as unemployment spiked at 13.6 percent. Both of those numbers were record highs, but there was also good news. A crippling recession that had battered the country for years — the longest recession in Brazil’s history — finally ended. Economic contraction stopped and the economy grew by a minuscule 1 percent. Less than nine months later, and the unemployment rate has dropped by nearly 2 more percentage points — and it’s expected to continue dropping through 2020. 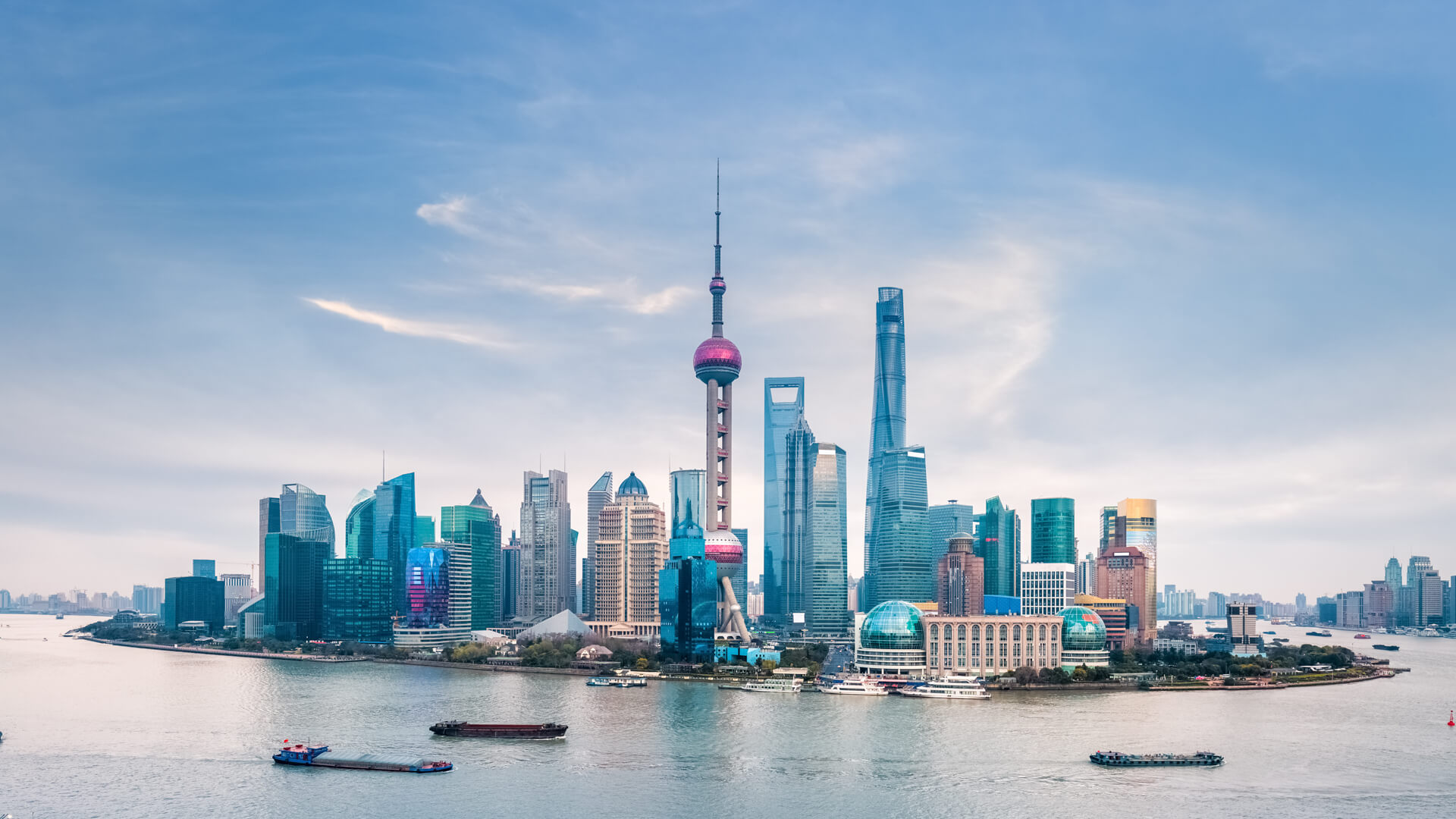 In October 2017, Reuters reported that China’s unemployment rate, which was then just under 4 percent, had reached the lowest rate the country had enjoyed for years. Since then, the jobless rate ticked up, but only slightly. The country faces enormous pressure to grow jobs, 15 million of which must be created every year to meet demand, especially considering that 8 million young people graduate from college there every year. China is expected to meet the challenge and create enough jobs to hold the current rate of 4.02 percent steady through 2020.

China and More: 15 Stunning Places You Can Visit for $15 a Day 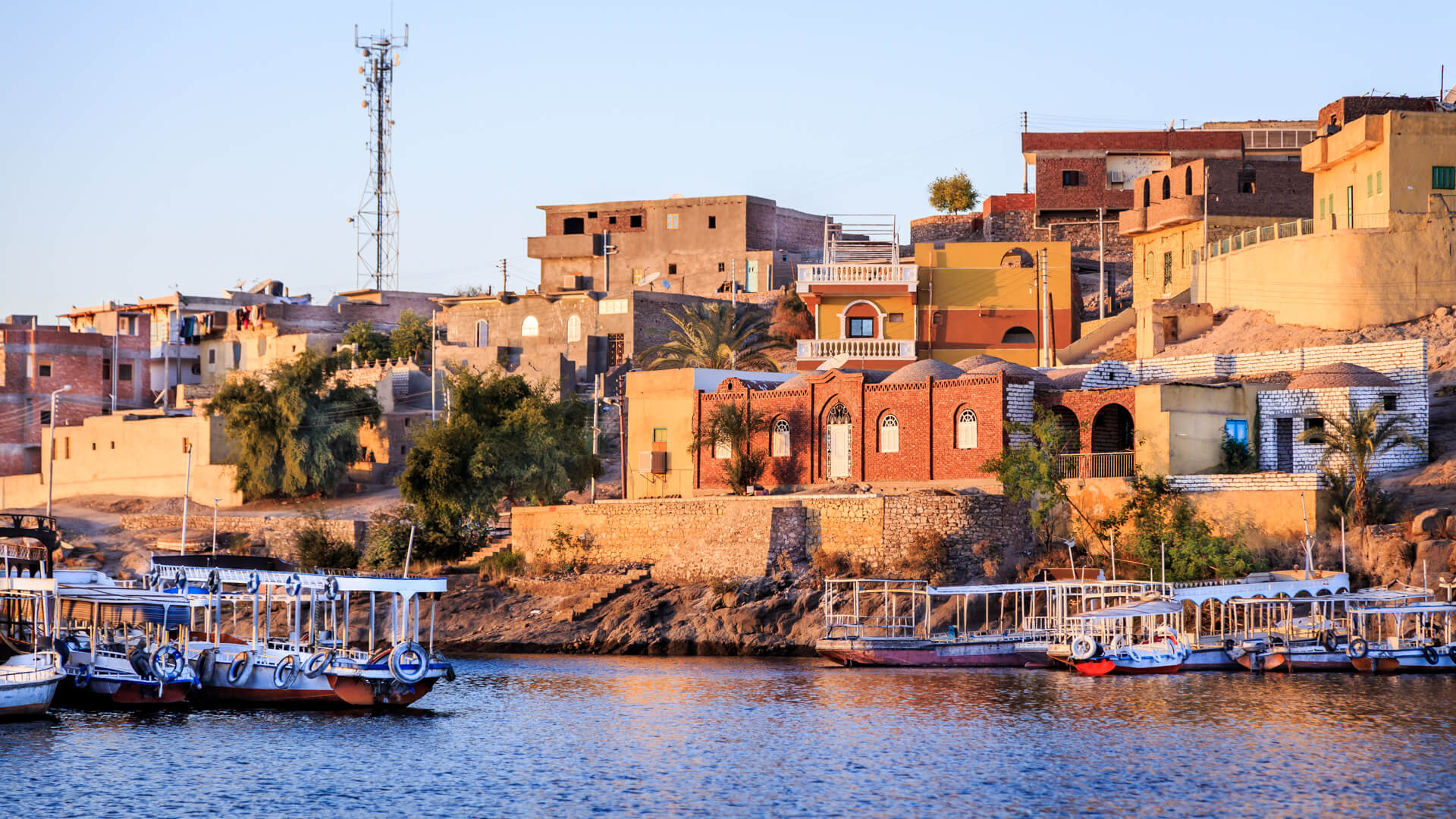 In the second quarter of 2017, Egypt received good news on the job front for the first time since 2011 when a massive uprising sent political shockwaves throughout the country and the entire region. Unemployment hovered above 12 percent ever since, until August 2017 when it dipped to 11.98 percent — less than was expected. With growth stalled and hordes of young people out of work, the country signed a $12 billion pact with the International Monetary Fund intended to encourage growth and reduce joblessness. 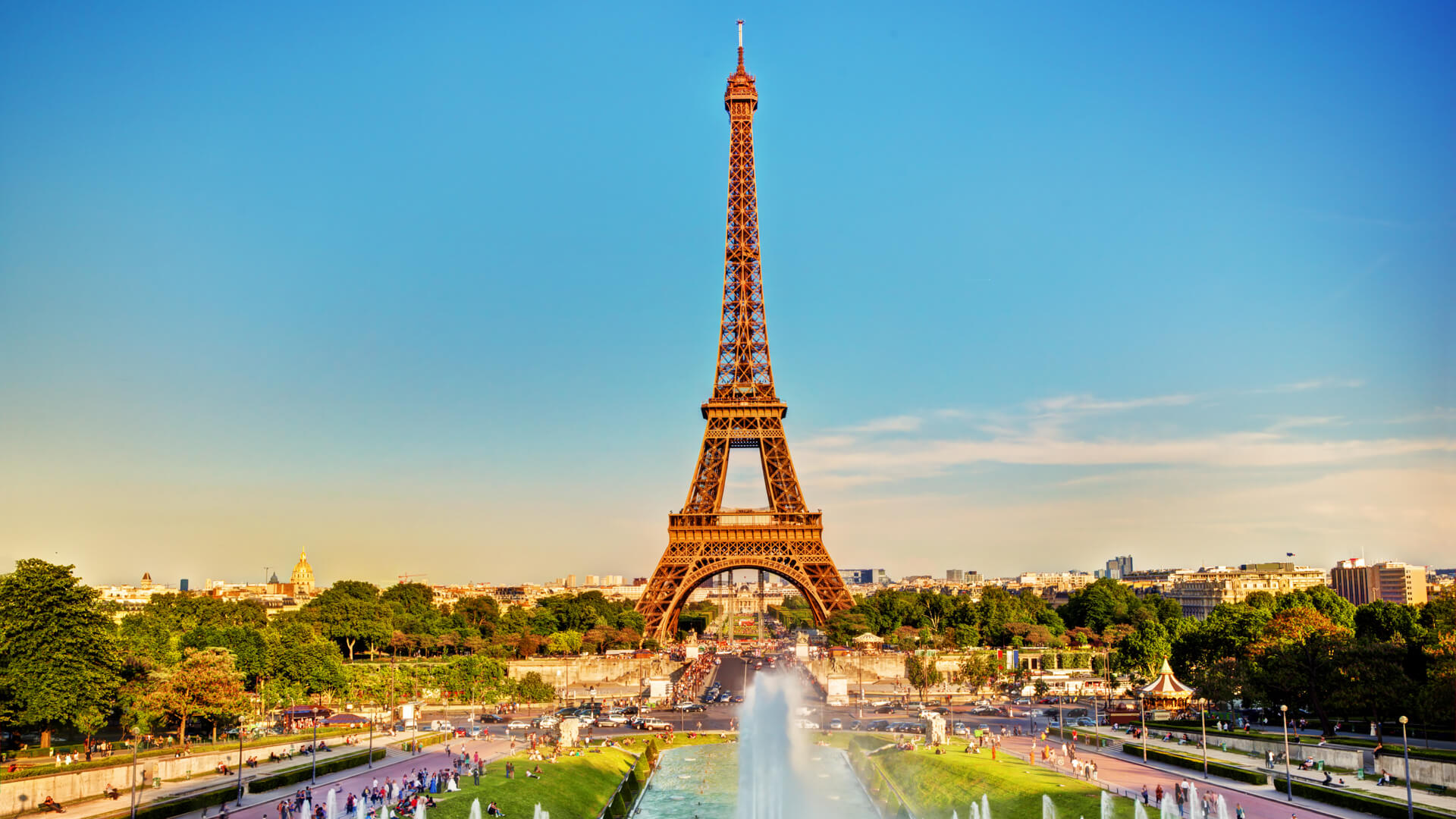 In the spring of 2017, unemployment in France dropped to its lowest point in five years, thanks in part to a massive political shakeup and the election of a president who vowed to introduce sweeping labor reforms. High unemployment plagued many of France’s European neighbors as well, but the country was slower to recover than other European nations because of the huge numbers of young French people entering the workforce every year. The recent gains are expected to continue through 2020. 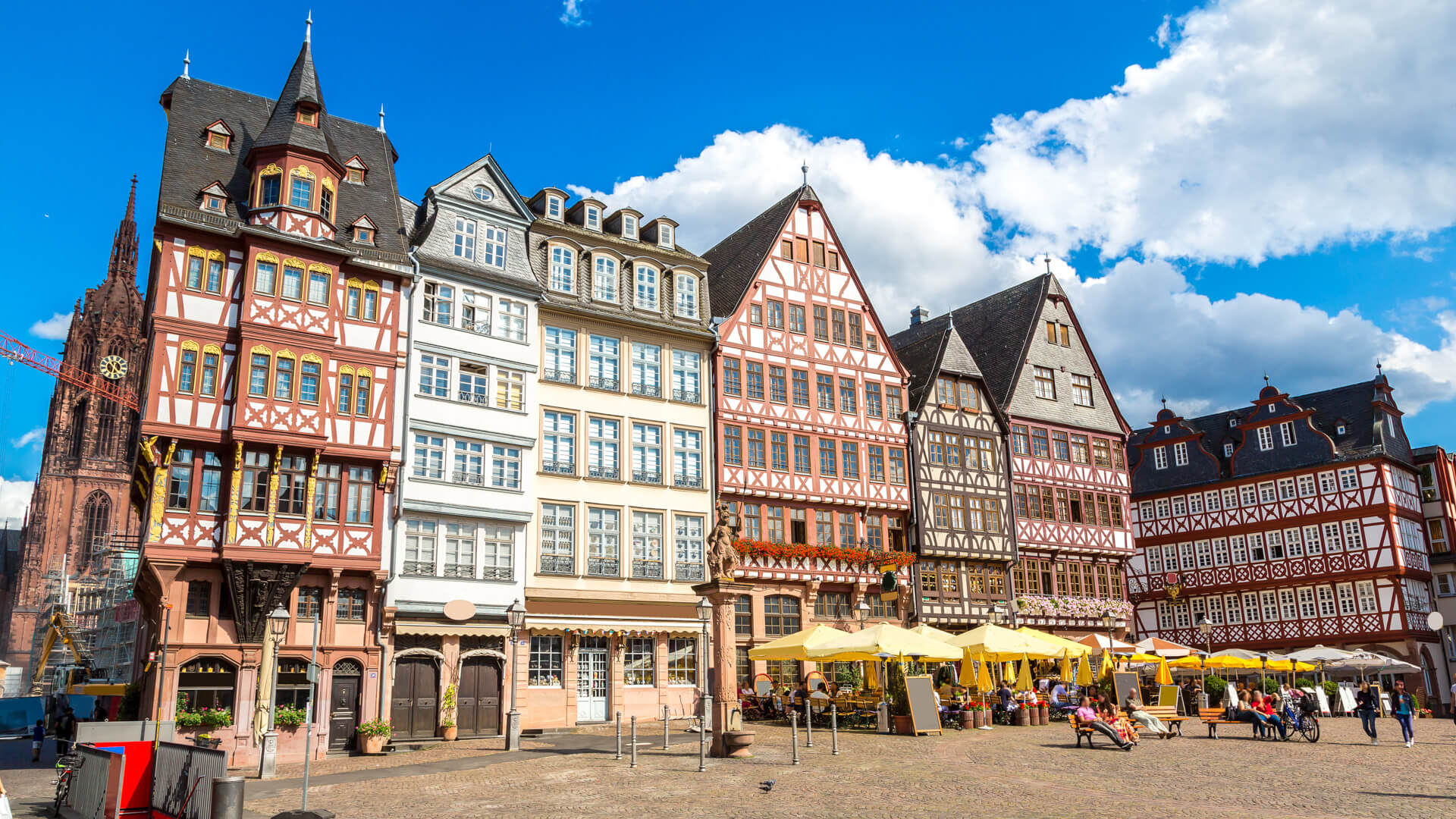 The phenomenon that Reuters referred to as a “German jobs bonanza” has reduced the country’s unemployment level to record lows and are the envy of neighbors like France. Those gains, however, are fragile and not expected to last. By 2020, unemployment in Germany is expected to climb over 4 percent, thanks in large part to a massive influx of immigrants looking for work and competing for jobs. Experts say the anticipated spike in jobless claims is not a cause for alarm.

Related: What America Can Learn From These 6 Countries’ Retirement Programs 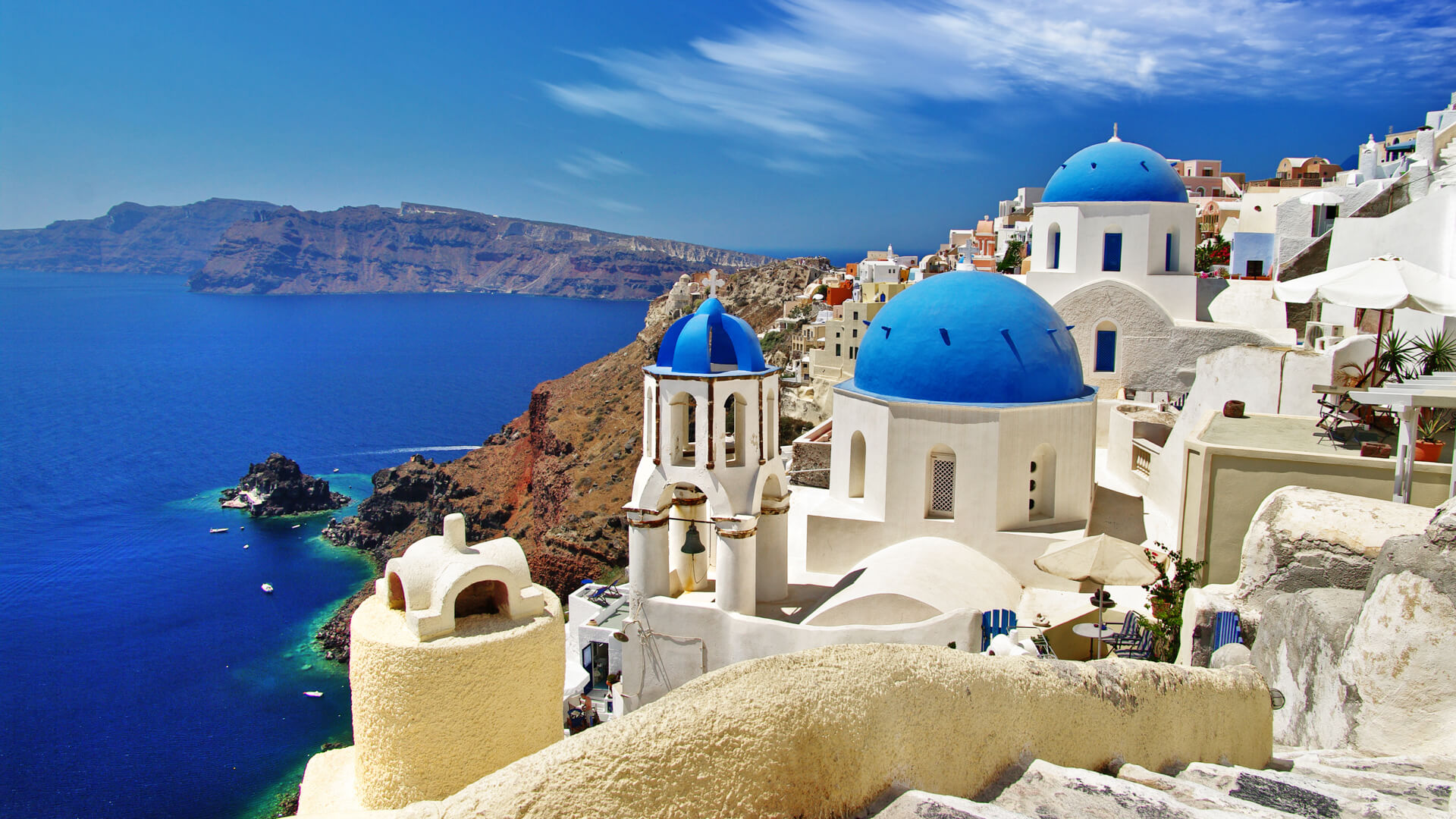 More than one person in five is unemployed in Greece, with young people having the most difficulty in finding jobs. That is good news in one of the most economically beleaguered countries on Earth. In 2013, when Greece’s economic woes were at their height, unemployment hovered around 28 percent. The most recent year-over-year drop, which was the most dramatic in the entire European Union, is cause for optimism. The downward trend is expected to continue with unemployment poised to breach the 20 percent mark by 2020.

Find out how much it costs to visit the Parthenon and other ancient ruins. 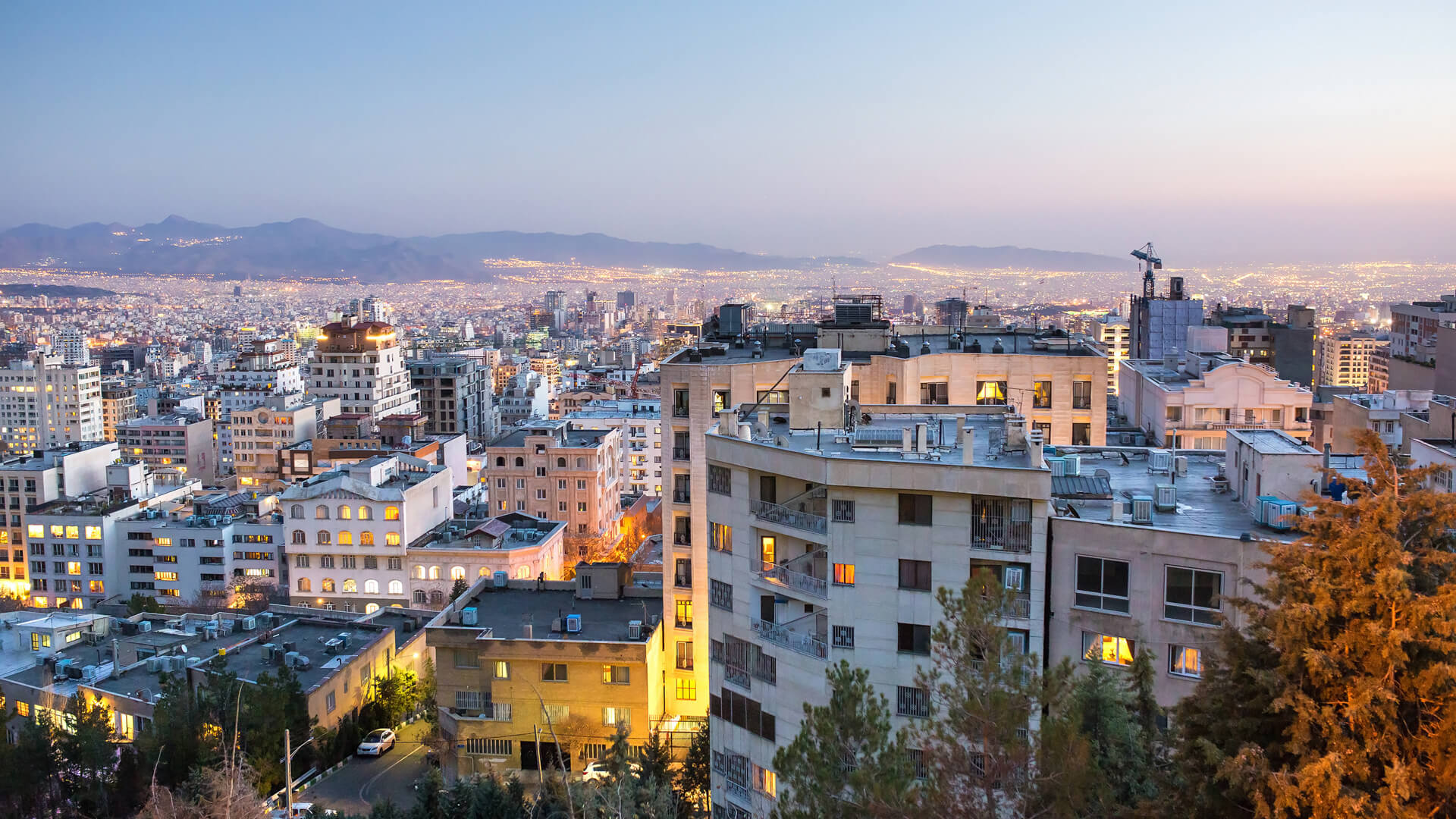 According to the World Bank, Iran is the second-largest economy in the Middle East and North Africa region after only Saudi Arabia, and is second only to Egypt in terms of population. Iran’s economy is growing sharply, and dramatic gains in job growth are the proof. Powered by a diverse economy, which includes manufacturing, agriculture, hydrocarbon and Iran’s massive stores of natural gas and oil, the country’s economy is still expanding. Unemployment is expected to continue to inch down through 2020. 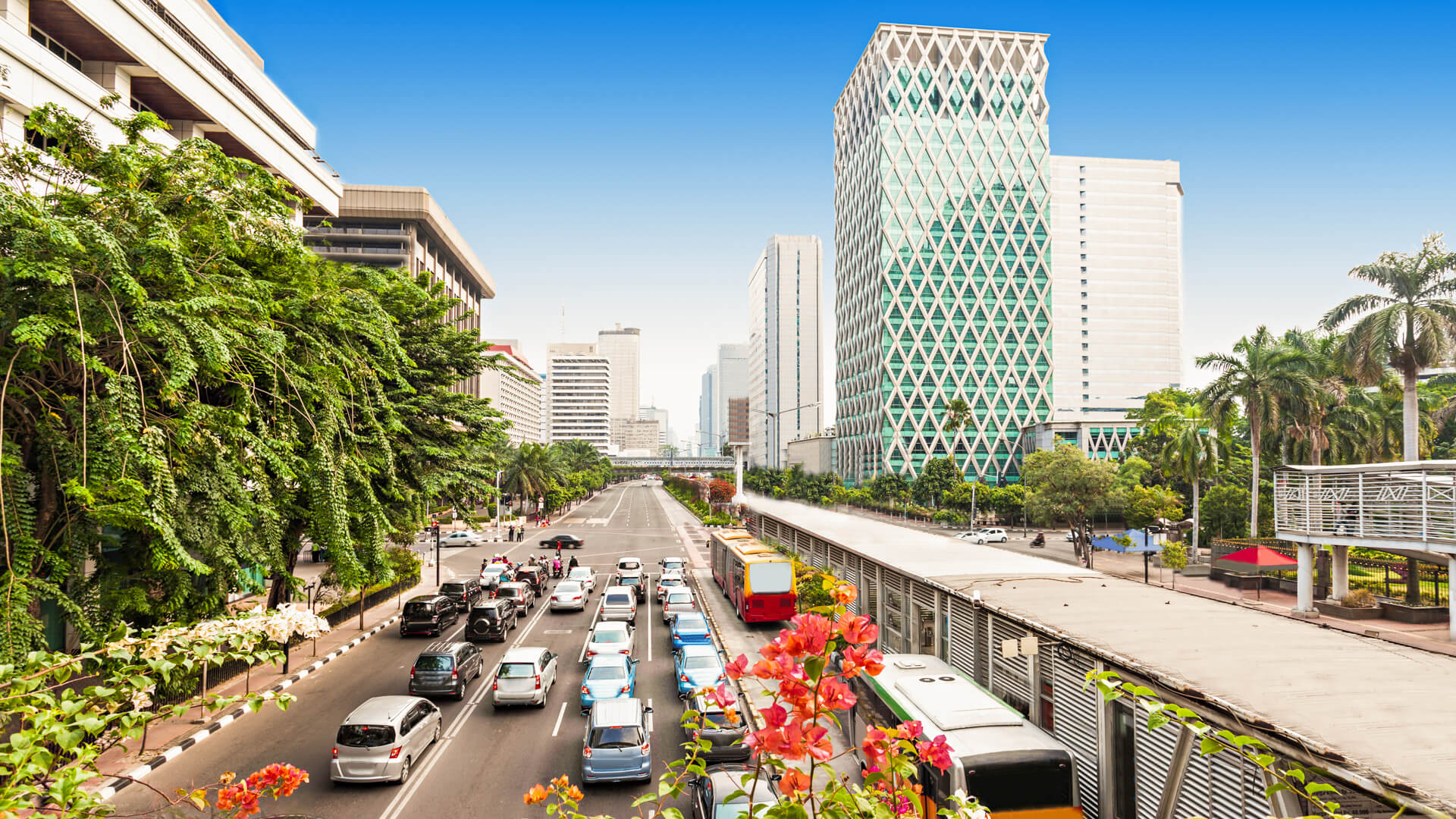 In the spring of 2017, Indonesia’s unemployment rate was declining as the country’s labor market proved capable of absorbing a workforce that had increased by more than 6 million people. Some economists worried that the gains wouldn’t hold if the government couldn’t manage the rapid expansion. Time has tamed those concerns, and now the country’s jobless rate is expected to dip even further — although only nominally — through 2020.

Learn: 5 Smart Money Tips From Around the World 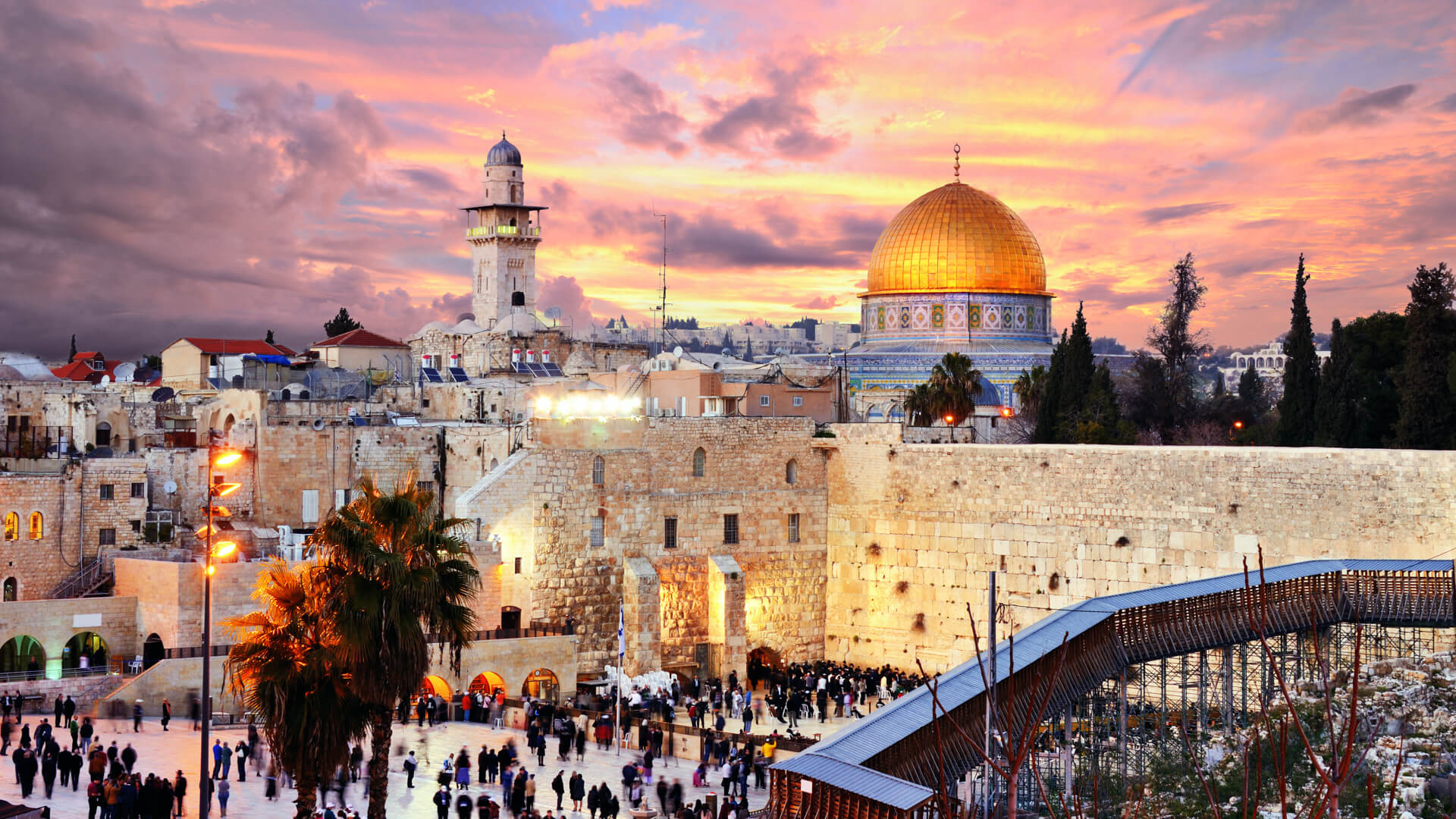 Israel is enjoying its lowest unemployment rate in decades. In fact, the numbers are the lowest since the early 1980s. If you take into account that around 4.8 percent of the country is naturally between jobs at all times, possibly due to Israel’s mandatory army service for its citizens, there is essentially no unemployment in Israel at all. Although exports are dropping, Israel’s massive number of employed citizens are spending more on consumer goods, and the rosy outlook is expected to hold steady through the end of the decade.

Click to see how much it costs to visit the Dead Sea and other wonders of the world. 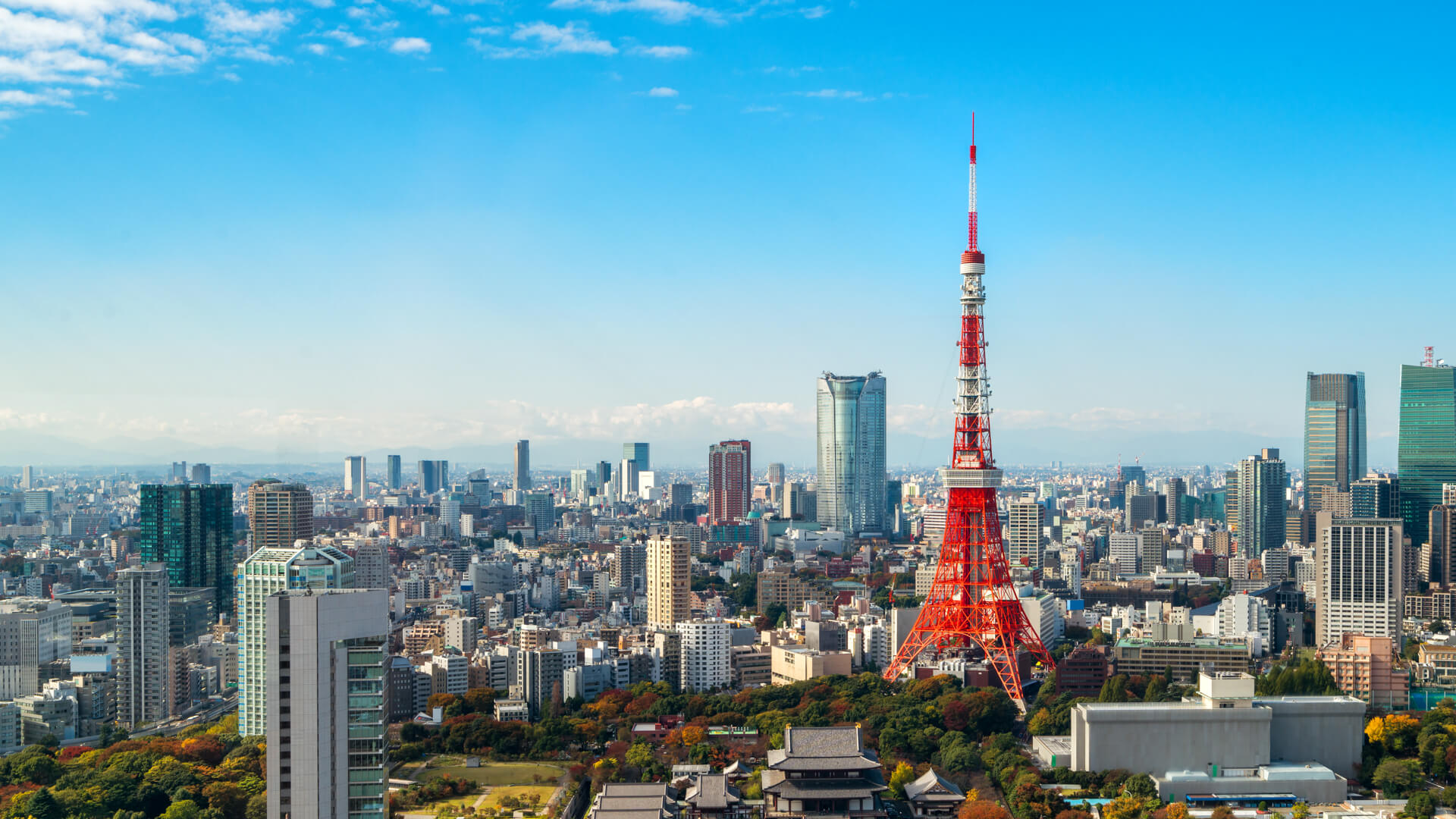 Japan’s minuscule unemployment rate represents the country’s lowest jobless rate in 20 years. Strong retail gains and improving labor conditions are fueling the decline and stoking the recovery of Japan’s economy — but that recovery is not yet self-sustaining. According to Bloomberg, limited wages are still a problem, even in the current job market. With consumer spending representing nearly 60 percent of the entire economy, the unemployment rate is expected to climb back over 3 percent by the end of the decade. 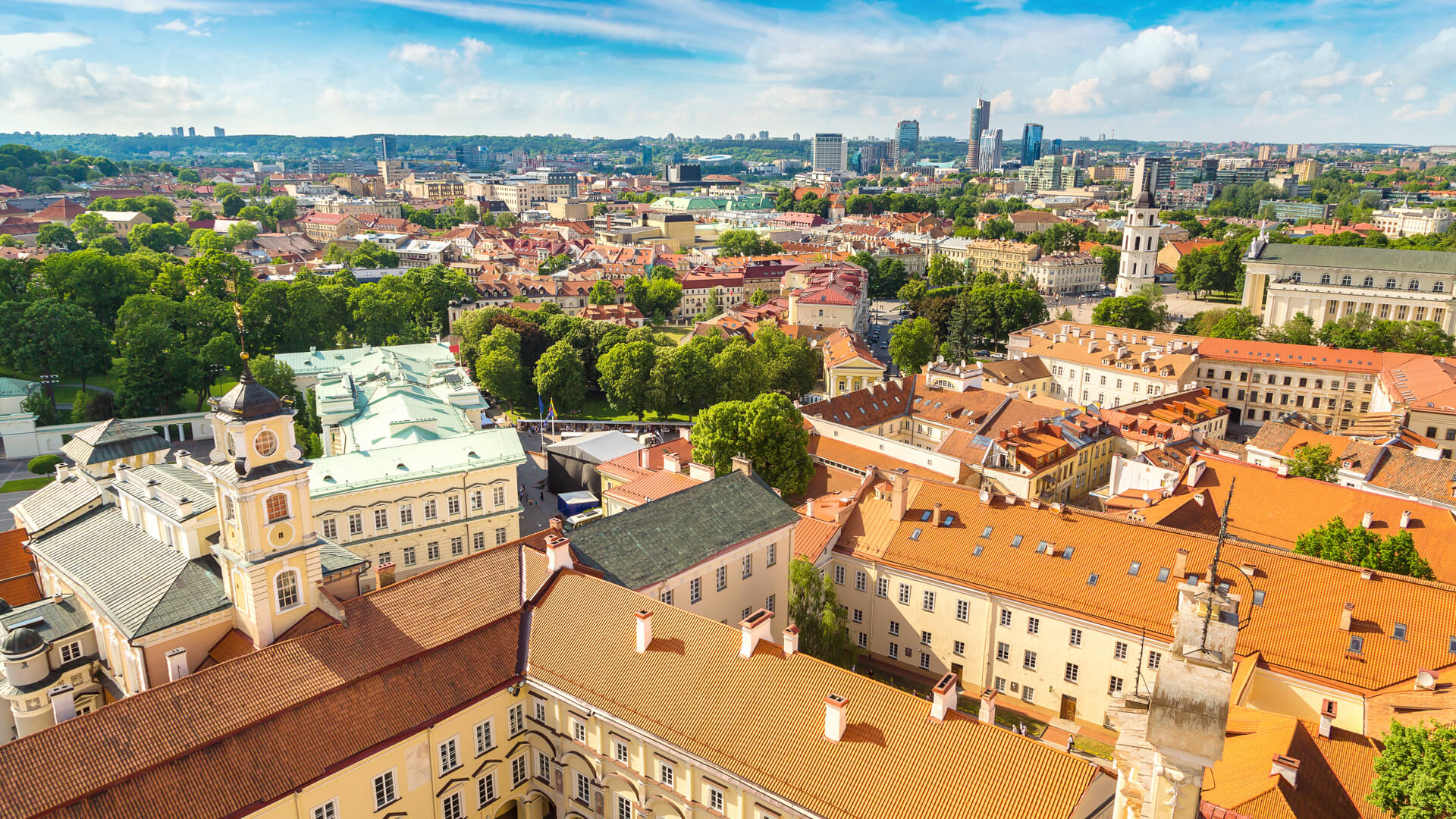 In the fourth quarter of 2014, Lithuania was mired in unemployment of over 10 percent. With the exception of a few brief spikes, however, that number has steadily declined and raced toward sub-7 percent levels, where the jobless rate is expected to land by 2020. According to the 2018 Index of Economic Freedom, the country is home to one of the 20 freest economies in the world and is ranked No. 11 among the 44 counties in the region of Europe.

Read: Is Your State Richer Than These Countries? 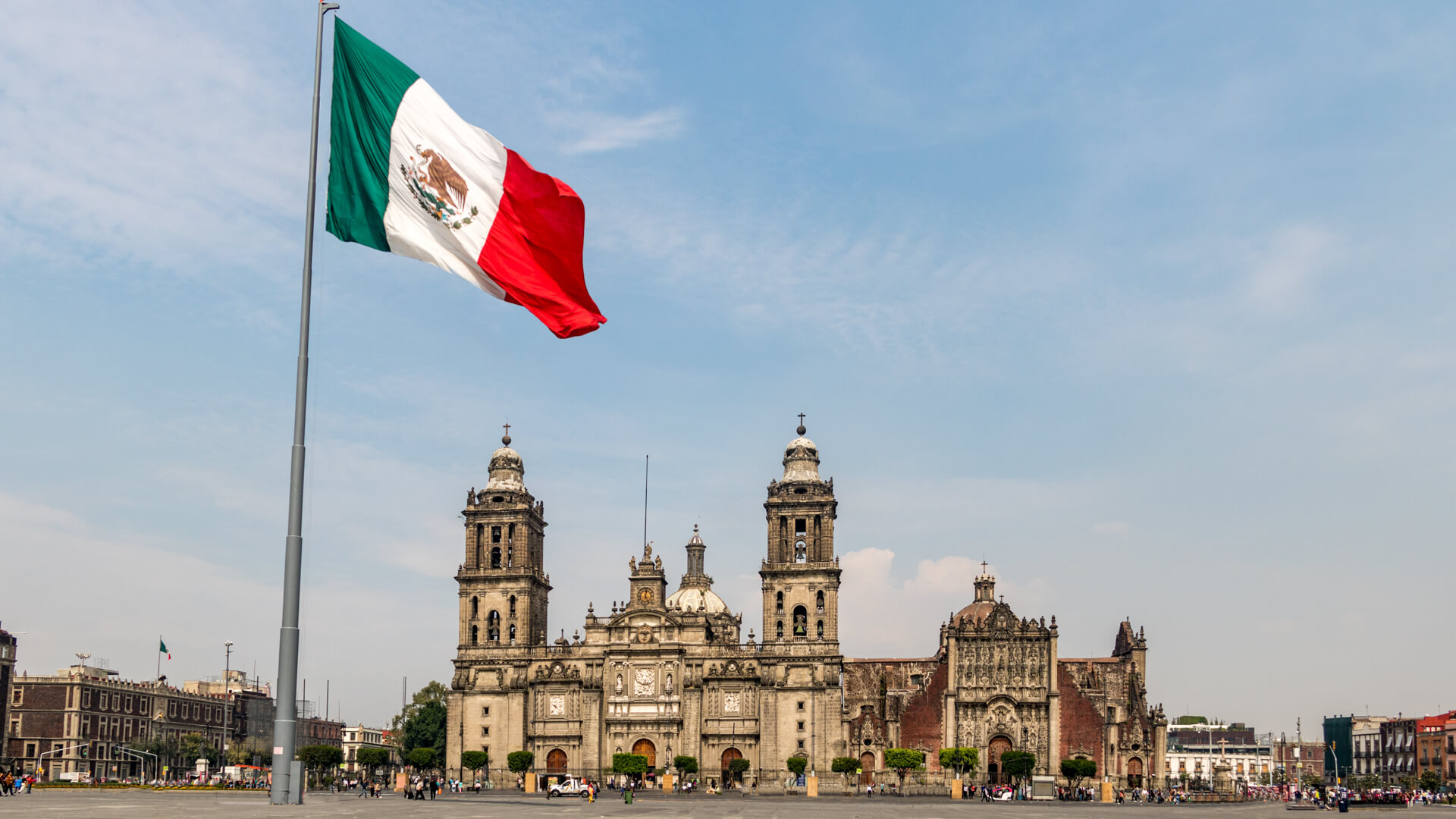 You’d have to go back more than a decade to find unemployment levels as low in Mexico as they are today. The sturdy growth of jobs, which is expected to continue through 2020, is being fueled largely by a rapidly growing services sector and a sustained increase in exports. The biggest driver, however, is the booming manufacturing sector, which is consistently expanding at a rate of 8 percent.

Here are the nine fastest growing industries to invest in for 2018. 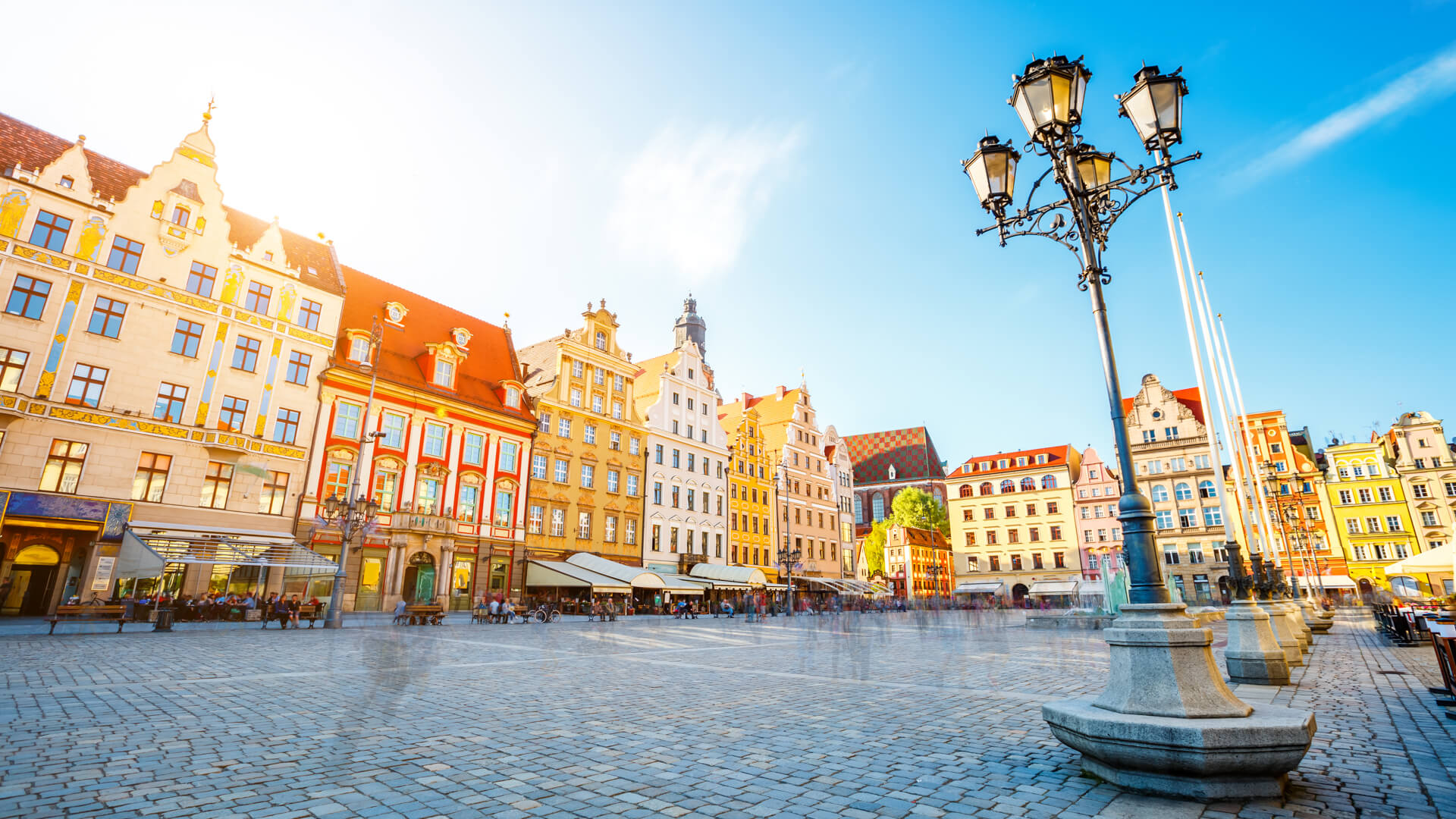 Poland’s unemployment rate is at a record low and is projected to keep dropping through 2020. But a Bloomberg report says that’s not necessarily good news. The driving force behind the drop is not an expanding economy, but rather a shrinking population and a dwindling job force. A government-mandated reduction in retirement age hasn’t helped matters, nor has a slipping rate of wage increases. In fact, the lowest unemployment rate since the country’s shift away from communism is poised to force wages down even farther.

Click to find out which countries have the highest interest rates. 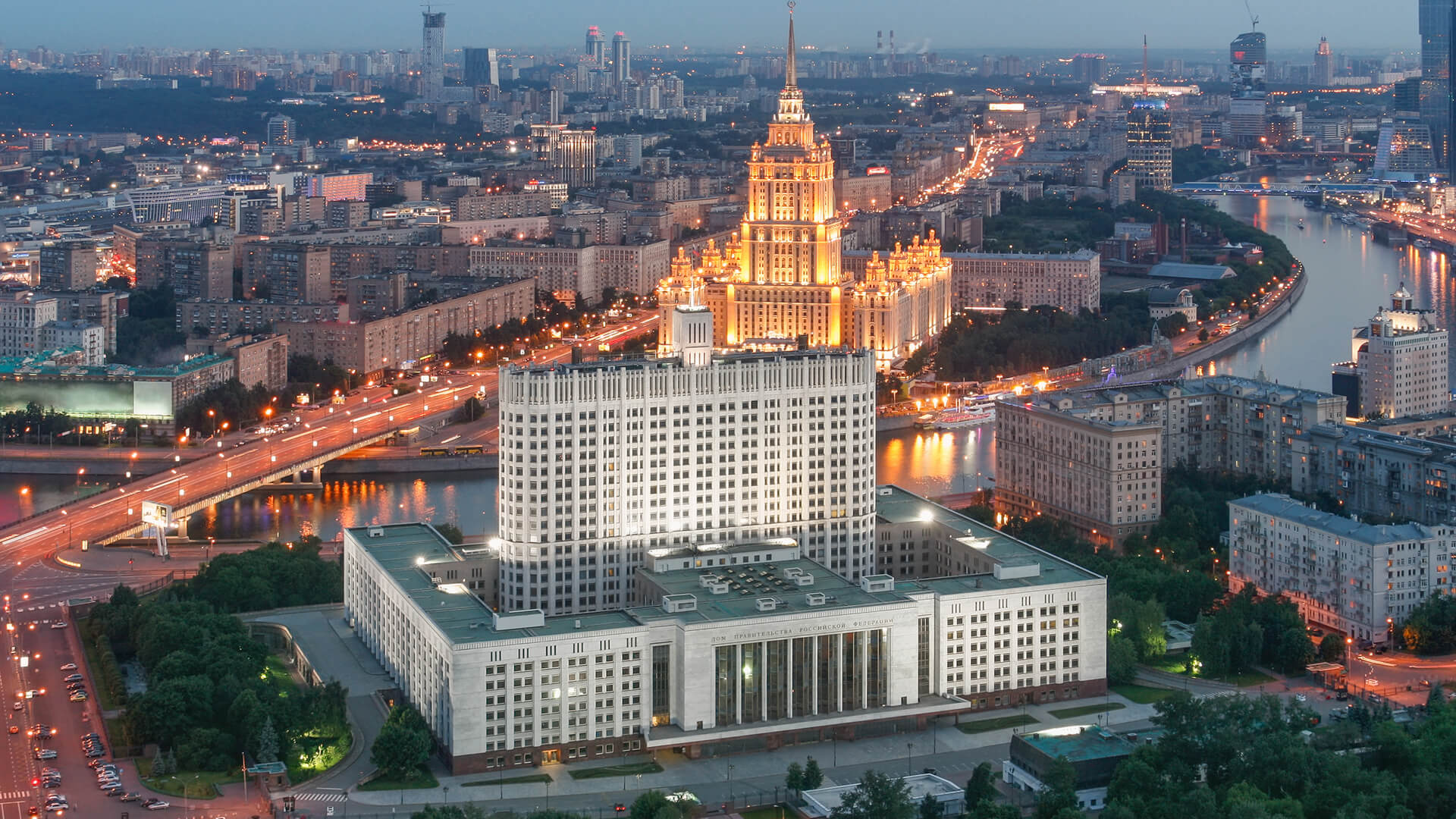 Russia has come a long way since unemployment neared 13 percent during the collapse of the Soviet Union in 1999. A steady decrease in joblessness, with the exception of a significant spike in unemployment during the 2008 recession, has led the country to a stable rate of just 5.5 percent. The drop is expected to even off and remain steady at that rate through 2020. That’s because Russia’s stalling GDP is not expected to top 2 percent growth in 2018 and the inflation-wary World Bank won’t provide the country with monetary stimulus.

Read: 18 People Richer Than the GDP of These Countries 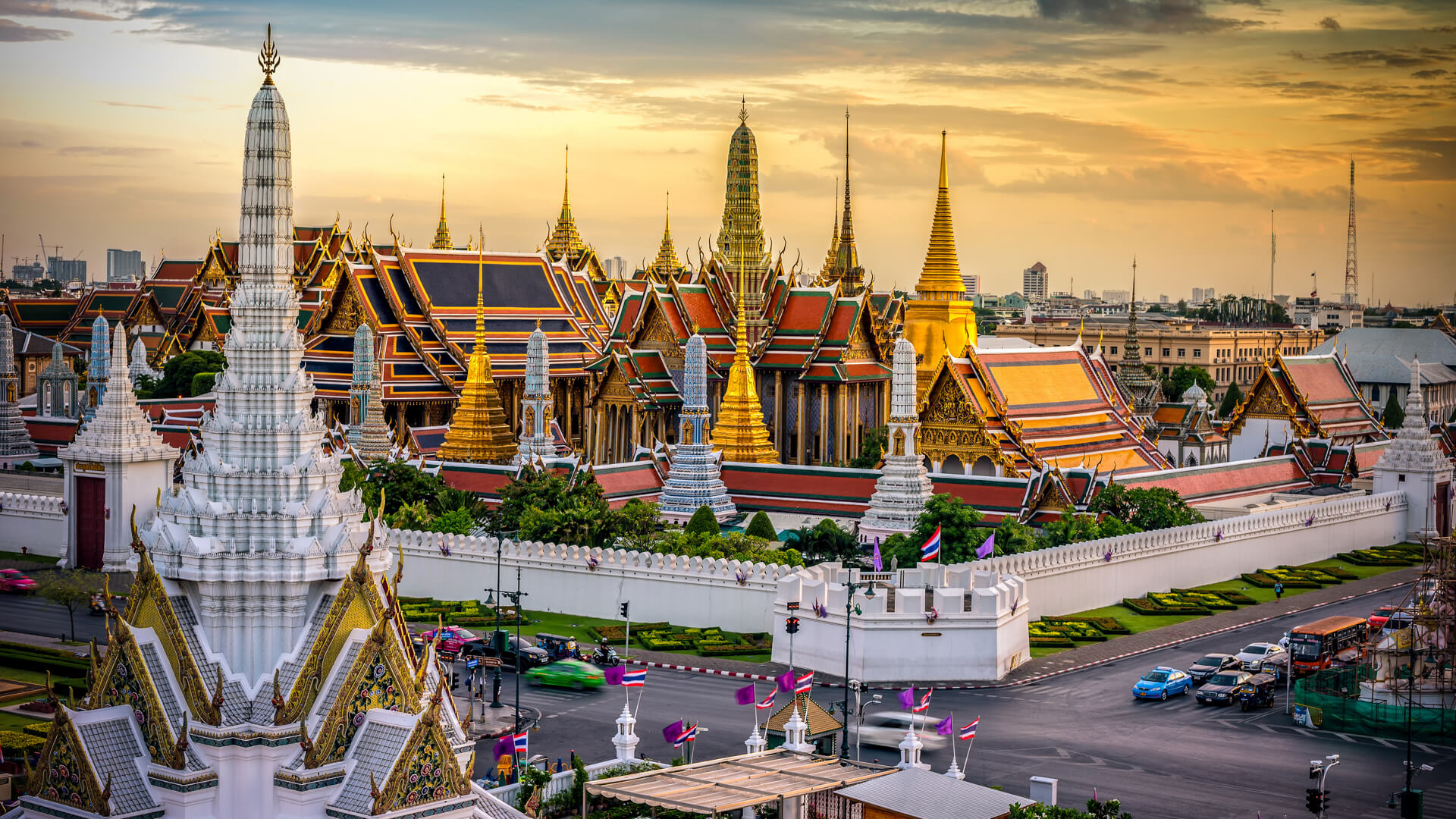 In 2015, Bloomberg referred to Thailand’s microscopic unemployment rate as “ridiculously low.” Fast-forward three years and the country’s jobless rate is still well under 1 percent. The country has one of the lowest unemployment rates in the world, and that trend is expected to continue through the end of the decade, thanks largely to the fact that much of Thailand’s economy is dependant on unskilled labor and migrant workers.

You can vacation in Thailand for less than $100 a day. 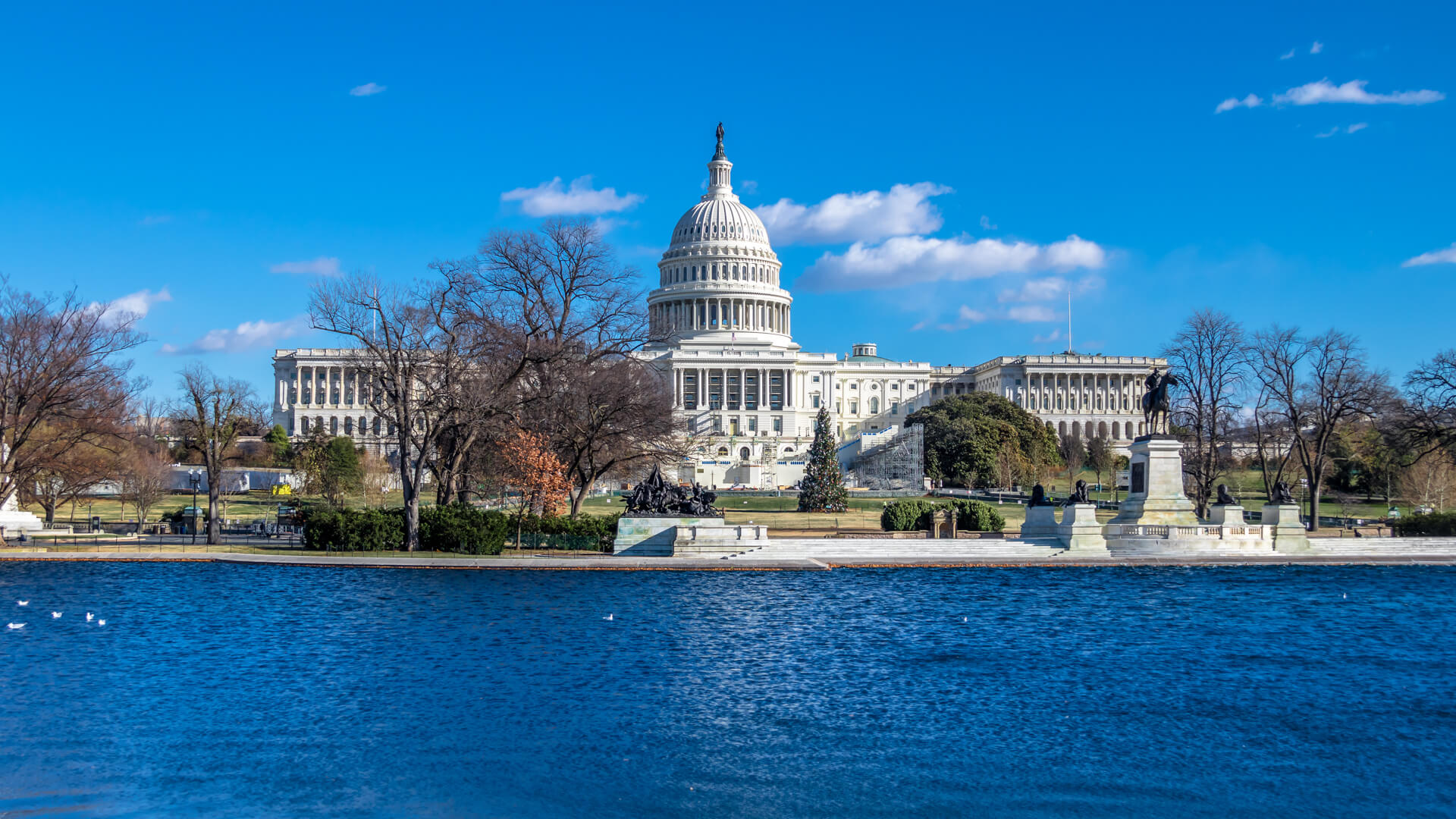 In January 2018, the American unemployment rate sat at 4.1 percent for the fourth consecutive quarter, although that number has inched up slightly since then. Today’s rate represents a 16-year low in joblessness, but the expansion of the booming labor market is slowing, according to a recent Reuters report. With the Fed expected to raise interest rates and slower-than-expected job growth unable to meet workforce demands, the U.S. unemployment rate is expected to tick up to 4.48 percent by the end of the decade. 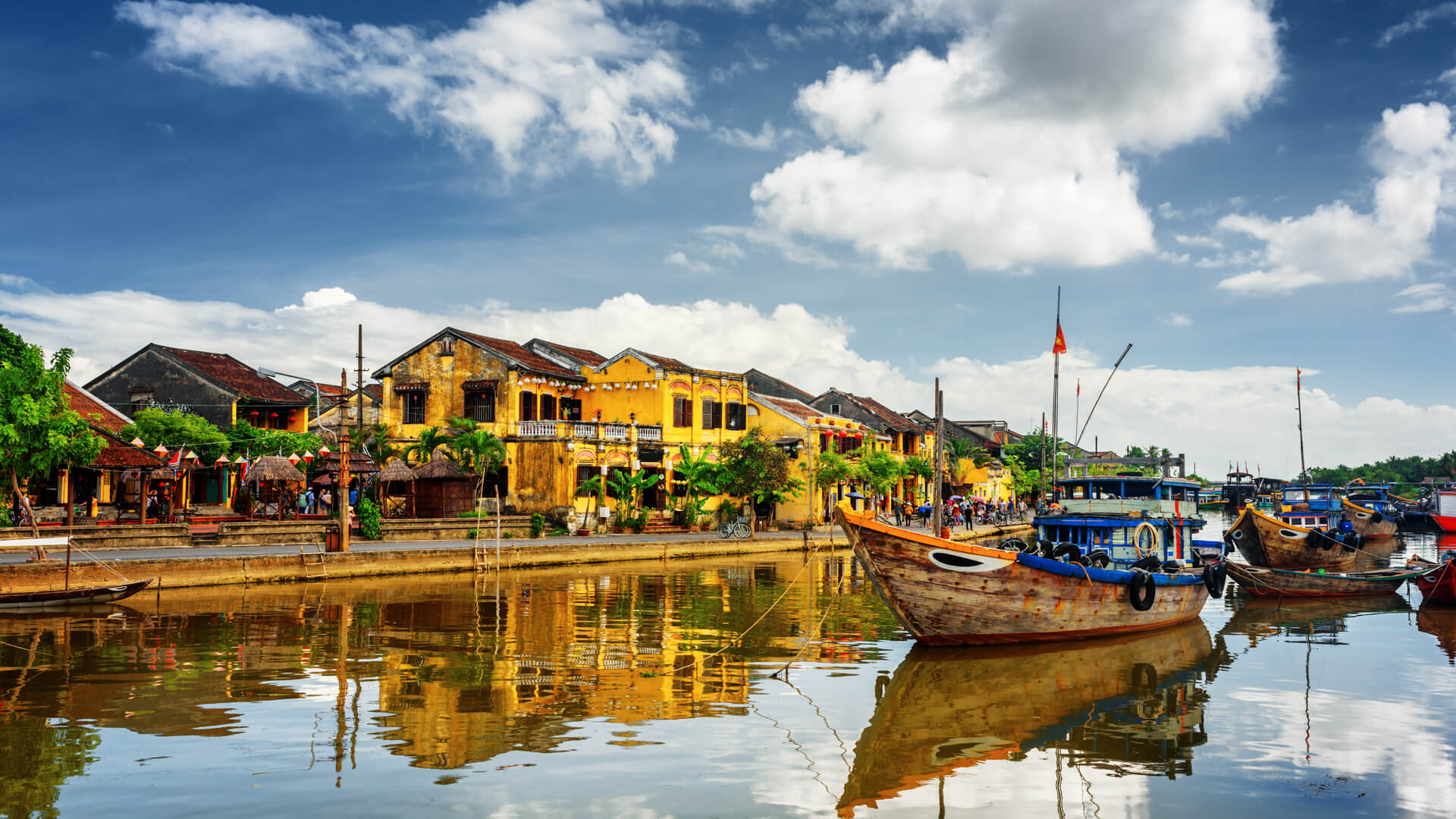 The unemployment rate in Vietnam is among the lowest in the world, but that doesn’t translate into overall economic strength. The best-educated urban residents represent the demographic most likely to be out of work, and with the domestic market struggling, the country is almost singularly focused on developing the country’s export market. This trend is expected to hold steady through 2020.

Up Next: 24 Tips to Land Your Dream Job